Sixth round of Tata Steel Masters saw only two out of seven encounters finish decisively. The best game of the day by far was the one between, Daniil Dubov and Vladislav Artemiev, the two young Russian talents, where the former displayed some fantastic bit of attacking chess. In the Challengers group Pavel Eljanov emerged as the sole leader beating Max Warmerdam with the black pieces, while Surya Shekhar Ganguly and Nihal Sarin drew respectively against Jan Smeets and Nodirbek Abdusattorov. The "Wimbledon of chess" is almost halfway through here in Wijk Aan Zee. We bring you an illustrated round six report.

In the sixth round of the ongoing Tata Steel Masters 2020, Daniil Dubov tested Vladislav Artemiev by subjecting him to the same advanced variation of the Caro-Kann that led to his defeat earlier against Alireza Firouzja in round three. Artemiev chose a different continuation this time but could hardly succeed in altering the result of the game as his talented compatriot managed to put together a scintillating attack leading to a direct checkmate. 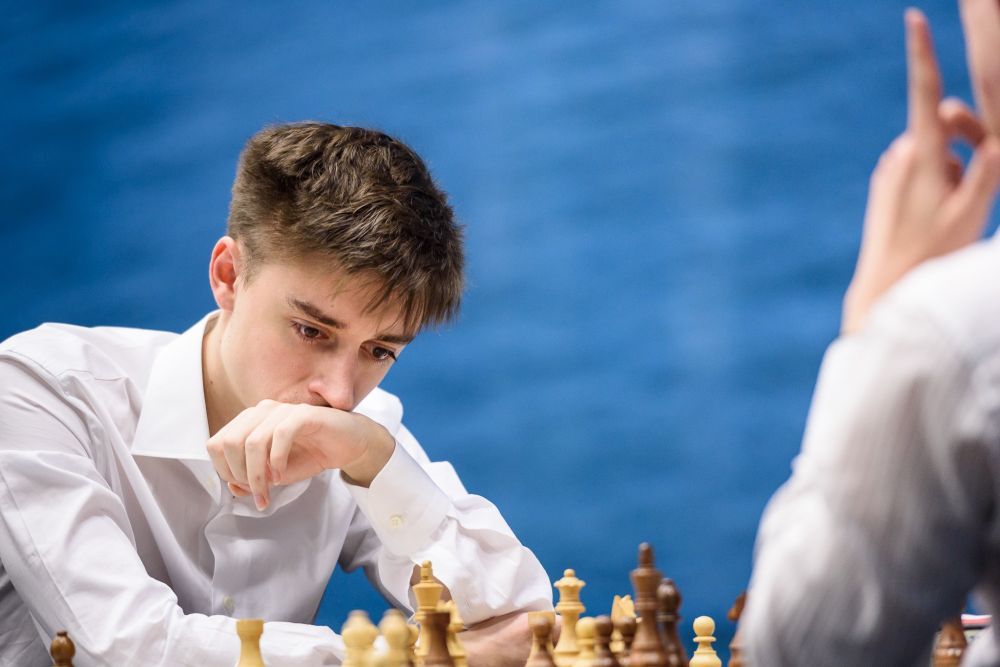 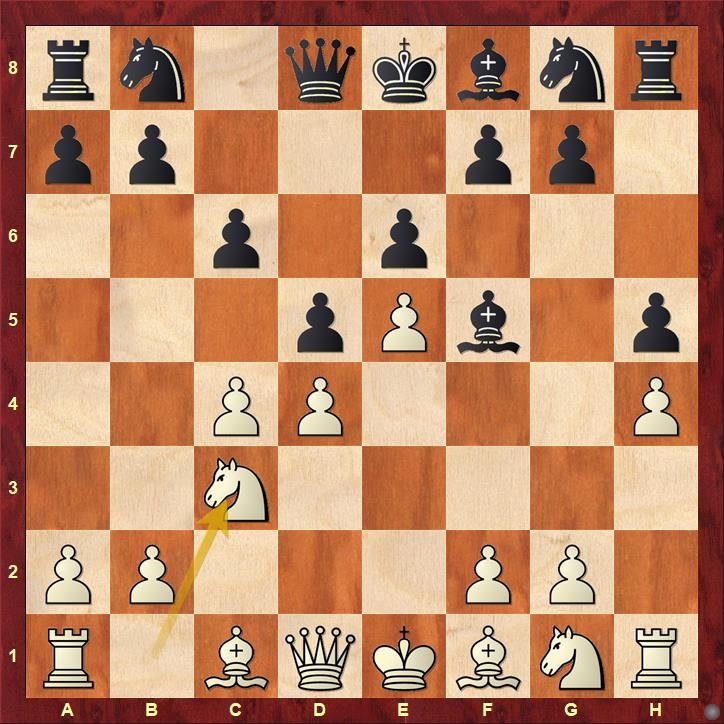 Dubov repeated the same line that Firouzja employed in the third round but Artemiev decided to go 6...Be7 this time rather than 6...Ne7! And with 12.Rc1 the game officially entered into the uncharted territory. Note that Black's rook is somewhat out of play on h6, Artemiev therefore chose to reroute it via g6-Kf8-Kg7 followed Rh8 but this conceded White the time to take charge of the queenside. 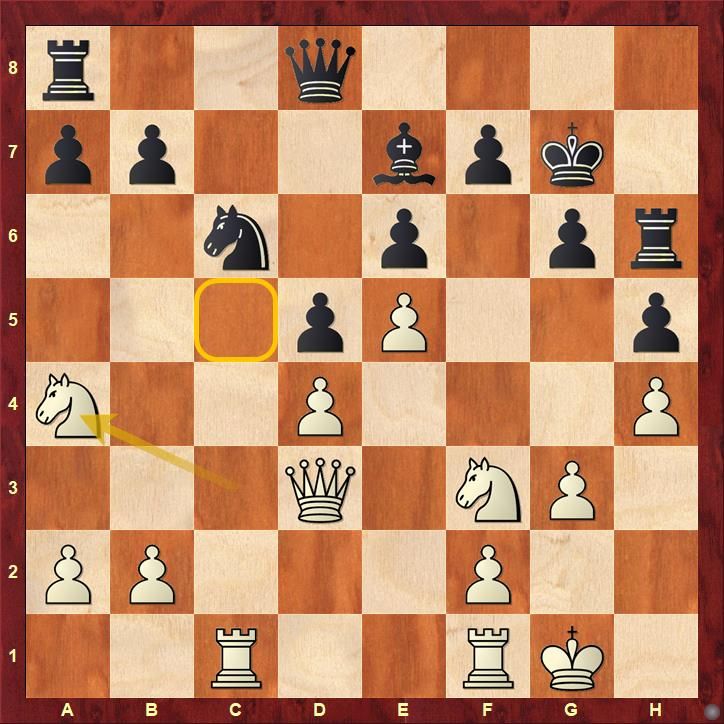 Thus, while Black maneuvered his pieces on the kingside, White got the time to hit at the weak c5 square and eventually double up his rooks on the open c-file. 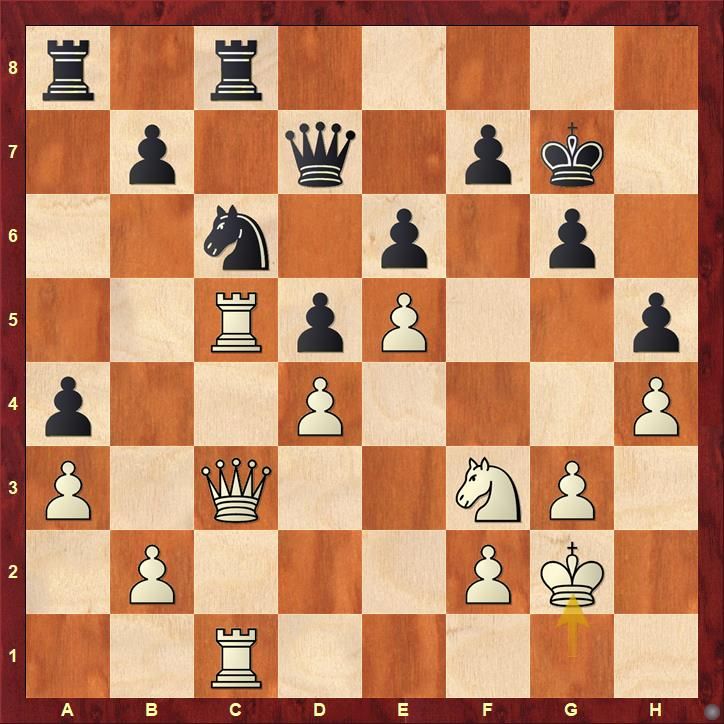 Soon White had full control of the open c-file. This and the pawns on d4 and e5 ensured that Black was effectively cramped.

The only hope for Black here was to liquidate with 23...Ne7 24.Rc7 Rxc7 25.Qxc7 Rd8 but Artemiev was perhaps reluctant to go into any kind of worse ending and hence maintained the tension with 23...Rc7 but this allowed White to switch his play to the kingside. 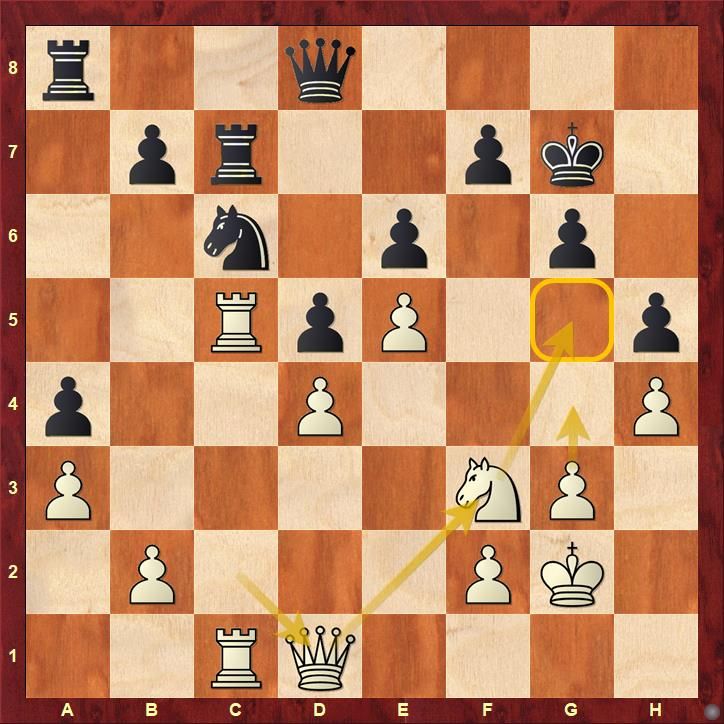 As they say, "the threat is more powerful than the execution". White's major pieces didn't really execute anything on the c-file but effectively clamped Black down and now it was time for one of them to stir up things on the other side of the board. With 25.Qd1 Dubov was now looking directly at the black king, intending to break open with Ng5-Qf3-g4 etc. 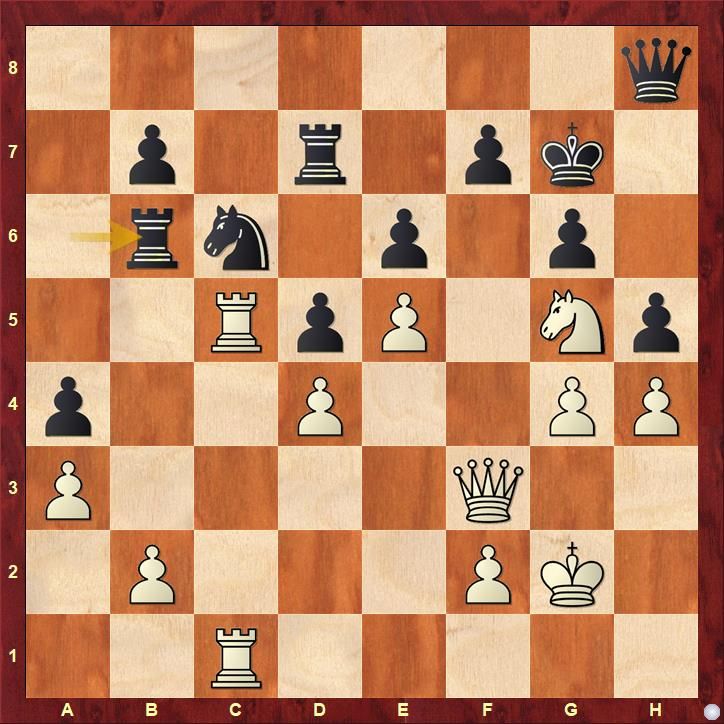 The above plan was soon realized and the final blow was dealt when Black blundered with the move 28...Rb6? ... Can you calculate out the finish from here? 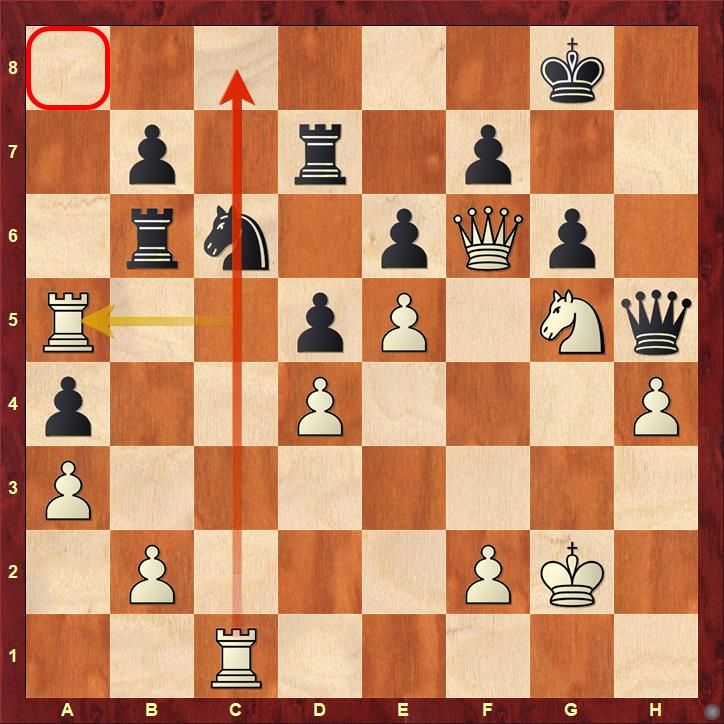 Surprisingly, 30.Ra5 is very powerful here, thanks to the black a-pawn for having moved all the way up the board! Now the threats of Ra8+ together with the c1 rook x-raying the c8 square are but simply fatal! That is, if White gets an extra move he is already able to execute a mate with Ra8+ Nd8 Rxd8 Rxd8 Qxd8+ Kg6 Qf6+ followed by Qxf7+ etc. Also notice that 29...gxh5 hardly makes any difference as White plays 30.Ra5 anyway and after 30...Qh6 31.Rxa4 Qg6 Black gets the same kind of abominable position.

In view of all the issues underlined above, Artemiev resigned after only four moves from here. Below is the full game with detailed annotation for you to replay and peruse. 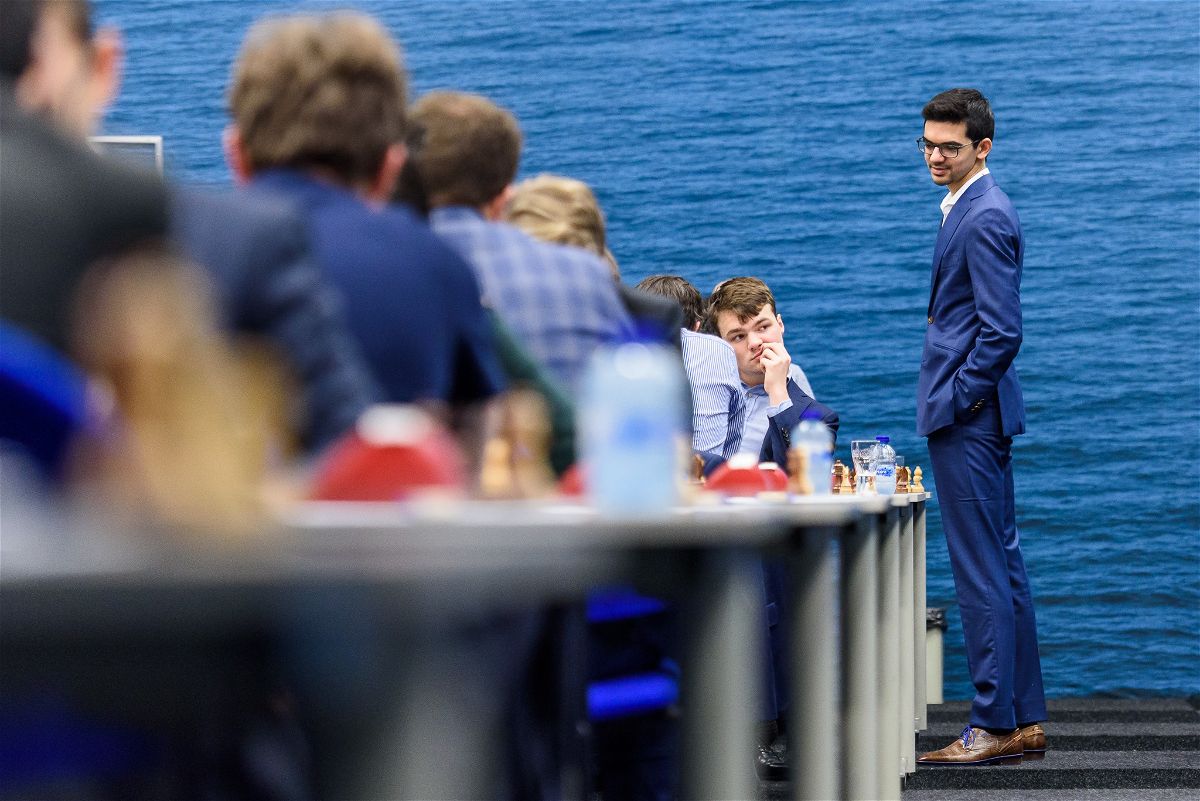 Anish Giri versus Vladislav Kovalev was the only other encounter in Masters that ended decisively yesterday. Replay the full game below | Photo: Alina l'Ami 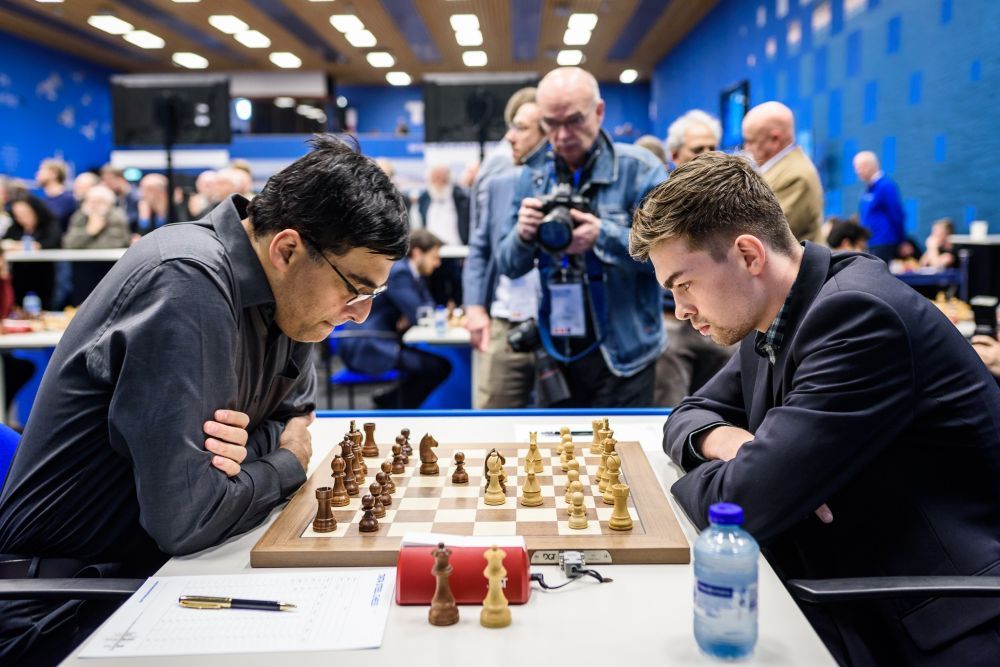 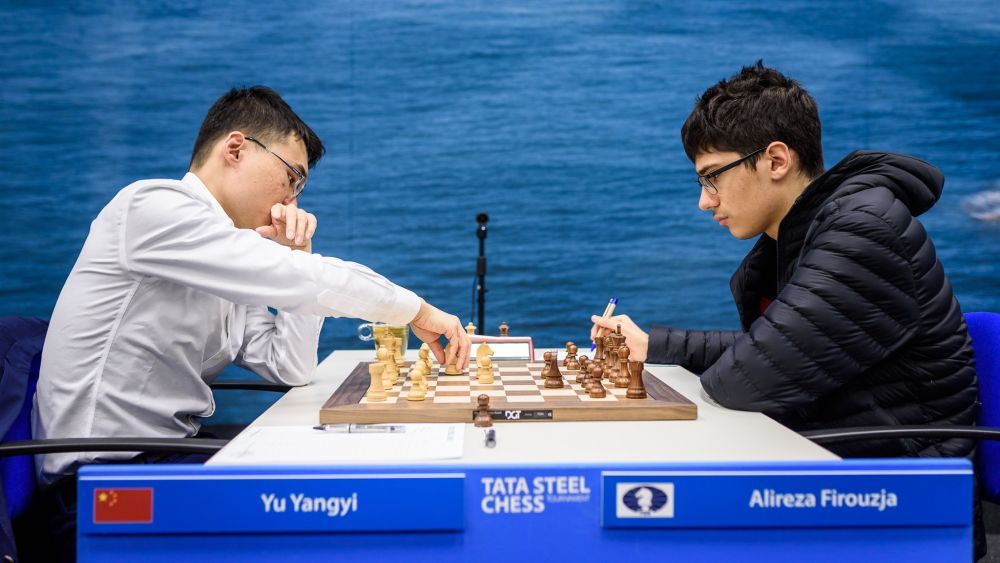 Alireza Firouzja drew Yu Yangyi and still leads the field with 4.0/6 points along with Wesley So | Photo: Alina l'Ami 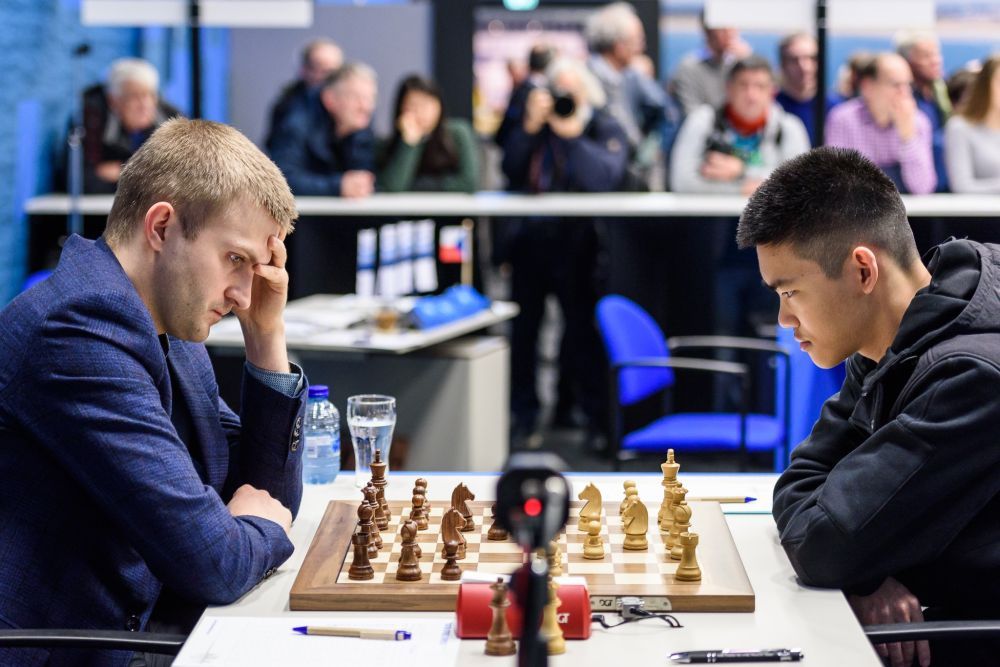 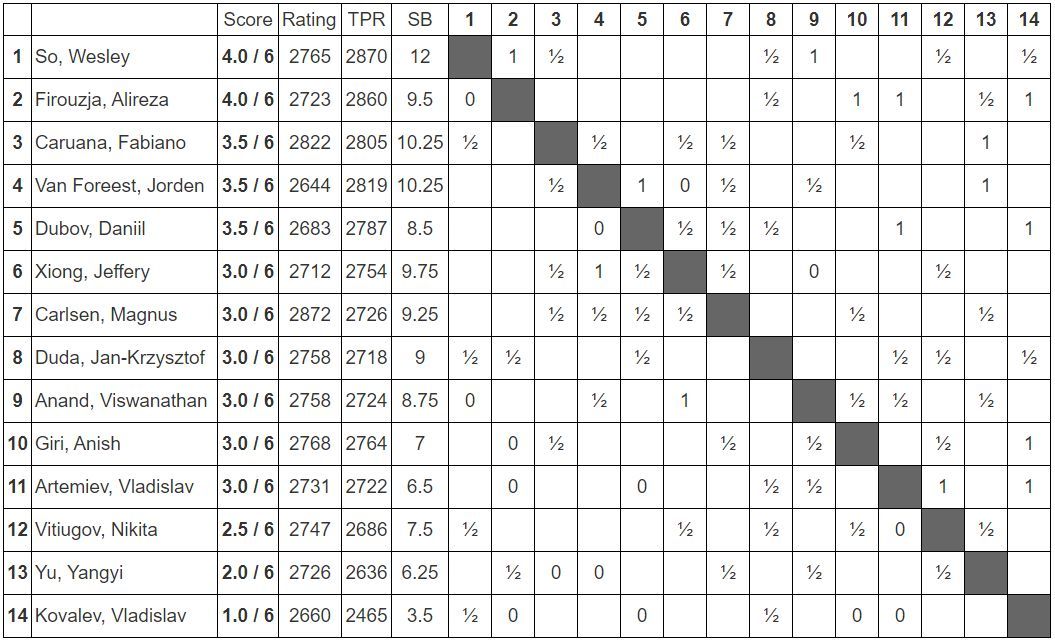 Standings of all Masters after six rounds. 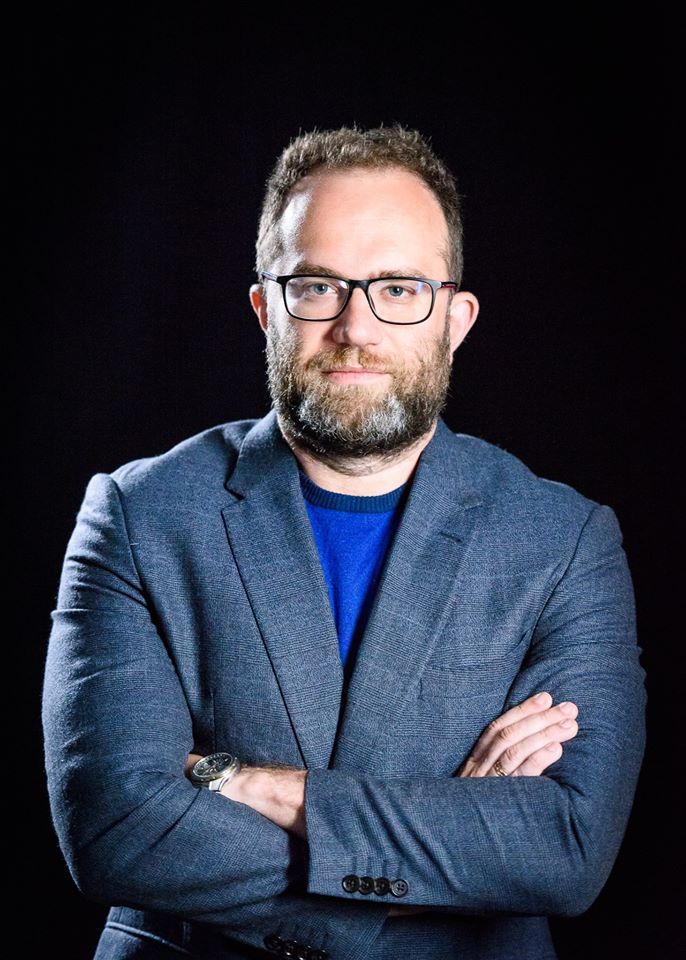 In the Challengers group the strong Ukrainian Grandmaster Pavel Eljanov registered a crushing victory over Max Warmerdam in round six to pull ahead of the rest of the field by half a point | Photo: Alina l'Ami 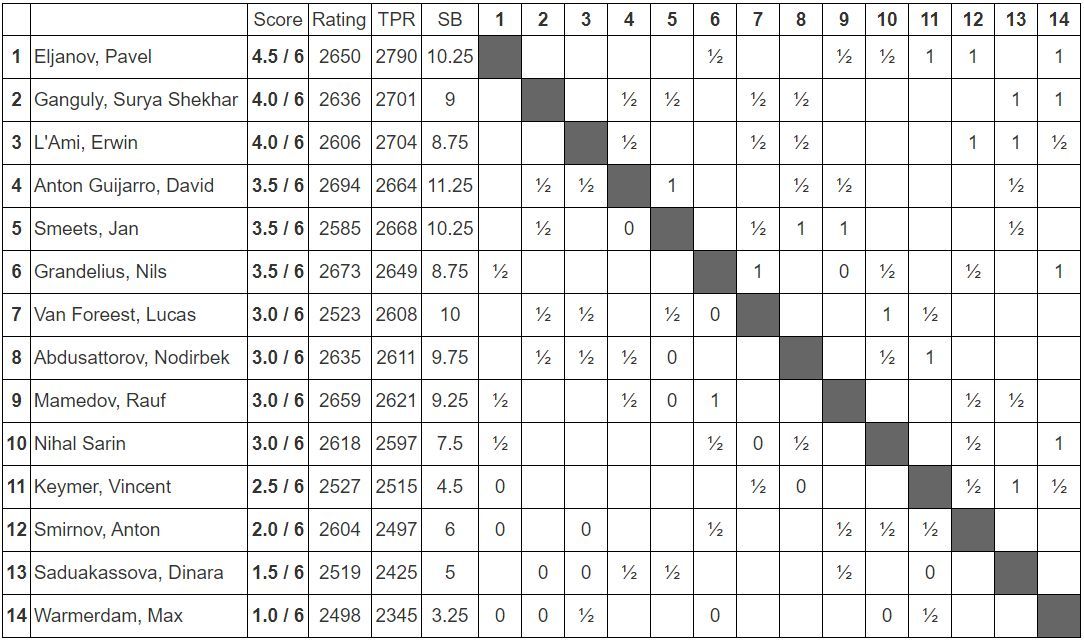 Standings of all Challengers after six rounds.