On International Women's Day 8th March 2020, Aryan's Enterprises organized a one day state level rapid chess tournament in memory of Late Bharatbai Halkude. Over 330 players from all over Maharashtra participated in eight different categories, starting from Under-7 to Veteran (Above 55 years). Fourth seed of the tournament FM Aniruddha Deshpande scored an unbeaten 7.0/8 to win the Above 1600 category. FM Ramkrishna Kashelkar also finished with the same score 7.0/8. He was placed second according to the tie-breaks. FM Nikhil Dixit secured third position with a score of 6.0/8. Total Prize fund ₹100000 was distributed among the prize winners. Photo: Aryan's Enterprise

Fourth seeded FM Aniruddha Deshpande scored an unbeaten 7.0/8 to win Women's Day Special: Late Bharatbai Halkude Memorial One Day Rapid - Above 1600 section. FM Ramkrishna Kashelkar also scored 7.0/8 and he drew with the eventual champion Aniruddha in the sixth round, however he had to settle for the second position according to the tie-break score. Top seed FM Nikhil Dixit scored 6.0/7 to finish third. 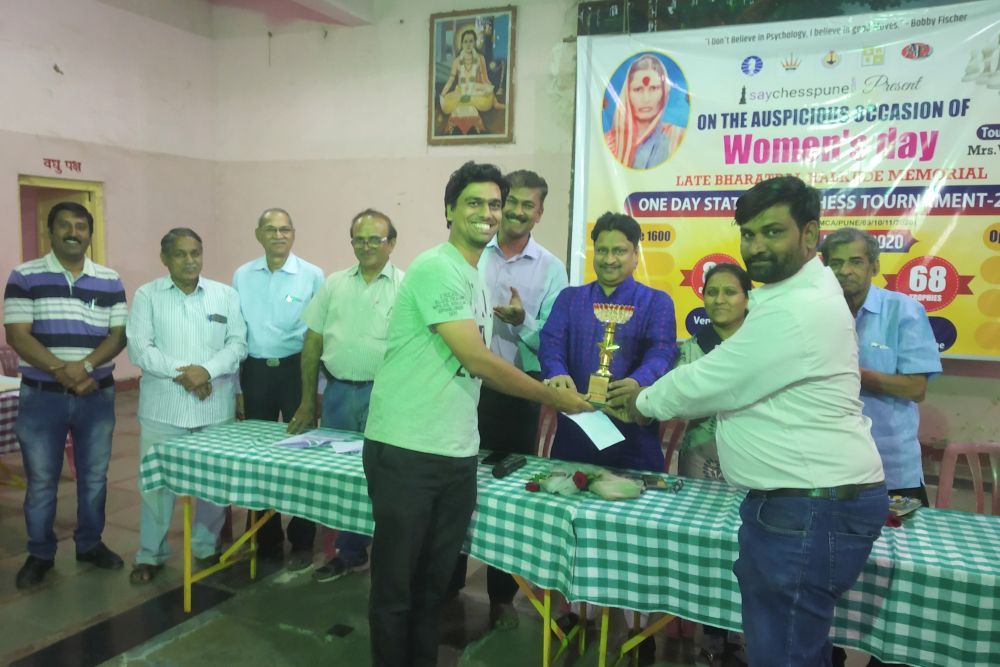 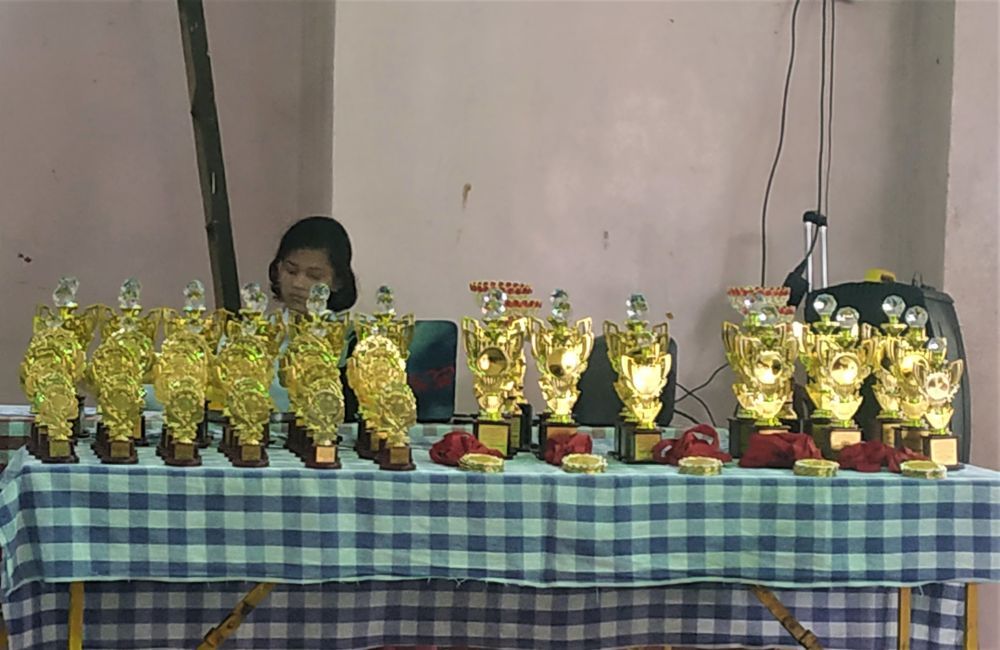 Final Standings in Above 1600

Final Standings in Below 1600

Final Standings in Under-18

Final Standings in Under-13

Final Standings in Under-11

Final Standings in Under-9

Final Standings in Under-7