India is booming in chess in almost all aspects except one, corporate chess. The number of corporate chess tournament is extremely less and mostly unheard of. However, e-Zest Solutions and Victorious Chess Academy took the responsibility to organize 'War of Wits', a chess tournament only for corporate employees only. On Sunday 13th October 2019, 88 different employees from various corporate houses flocked to Hinjewadi, Pune to participate in a one-day rapid tournament. Jenil Shah of Citi Bank won the individual tournament by scoring 6.5/7, while e-Zest Solutions won the bragging rights to be called the best corporate chess team in Pune with a score of 15.5/21. Photo: Victorious Chess Academy

Twelfth seeded Jenil Shah of Citi Bank scored an unbeaten 6.5/7 to win War of Wits. His only draw was against the top seed of the tournament, Chinmay Kulkarni of UBS Business Solutions. 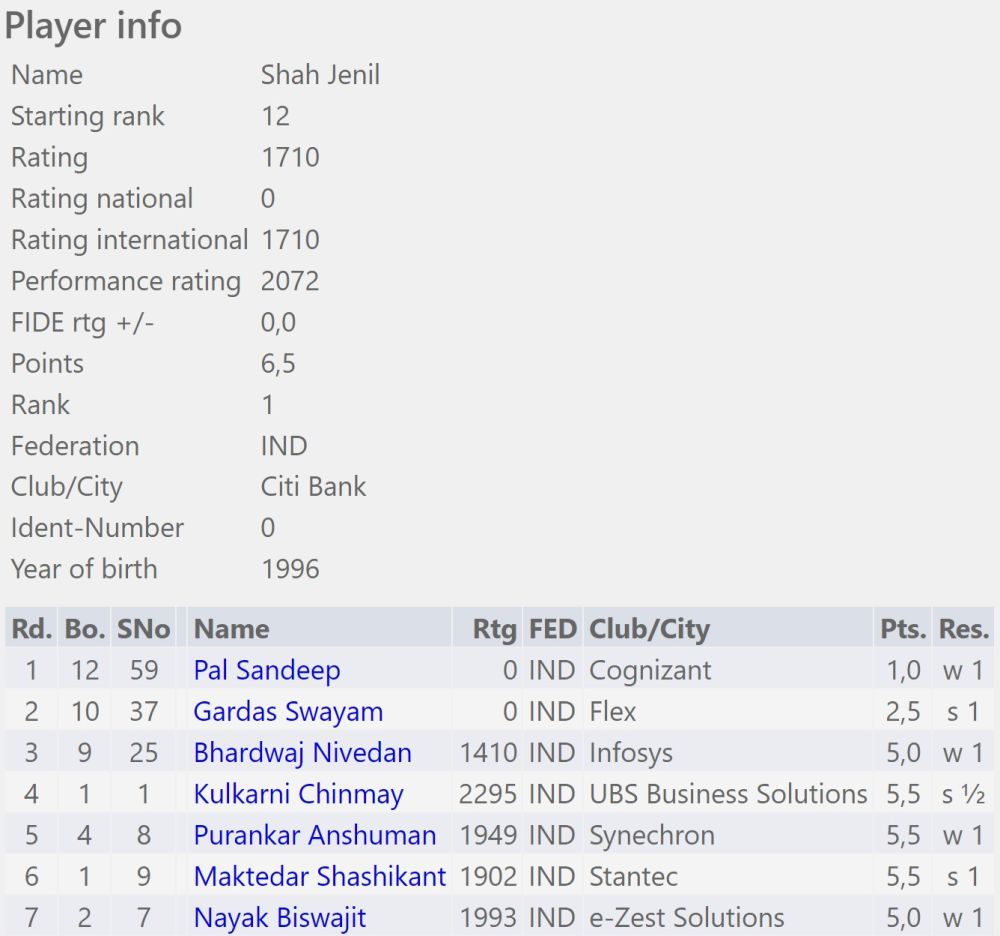 If it were a rating tournament, Jenil would have gained some Elo points

The tournament also had three prizes for top 3 companies. The rank was decided based accumulated points of the top three players representing a company. The first prize for the best company went to e-Zest Solutions as they scored 15.5/21. Both Dassault Systems and Synechron scored 14.5/21 each, however Dassault Systems secured second position and Synechron finished at third as Dassault had a better tie-break score. 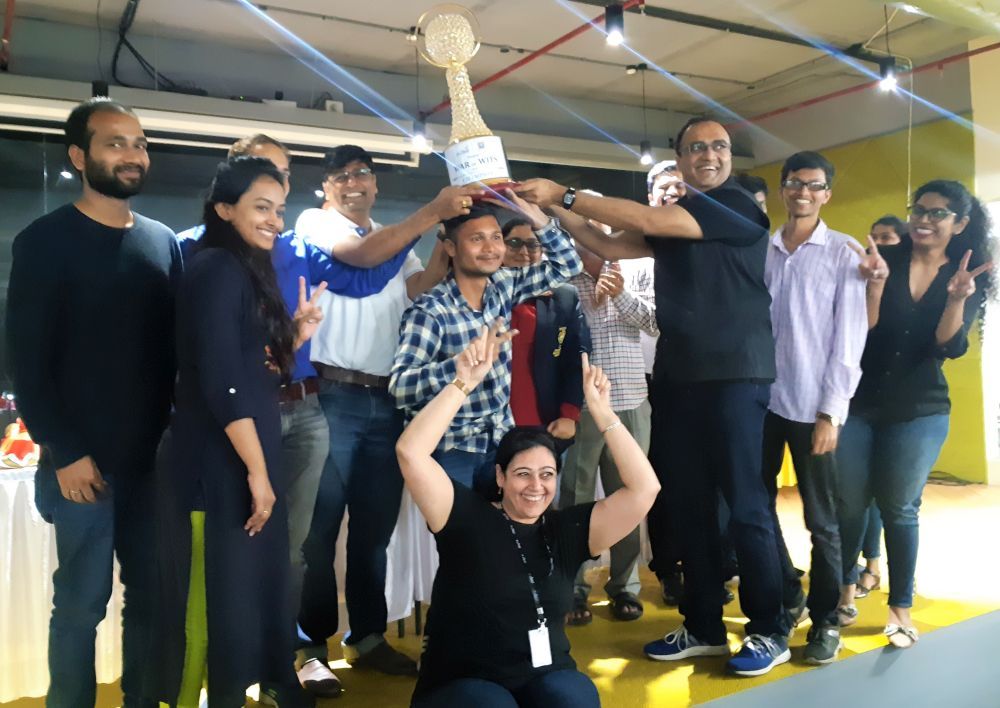 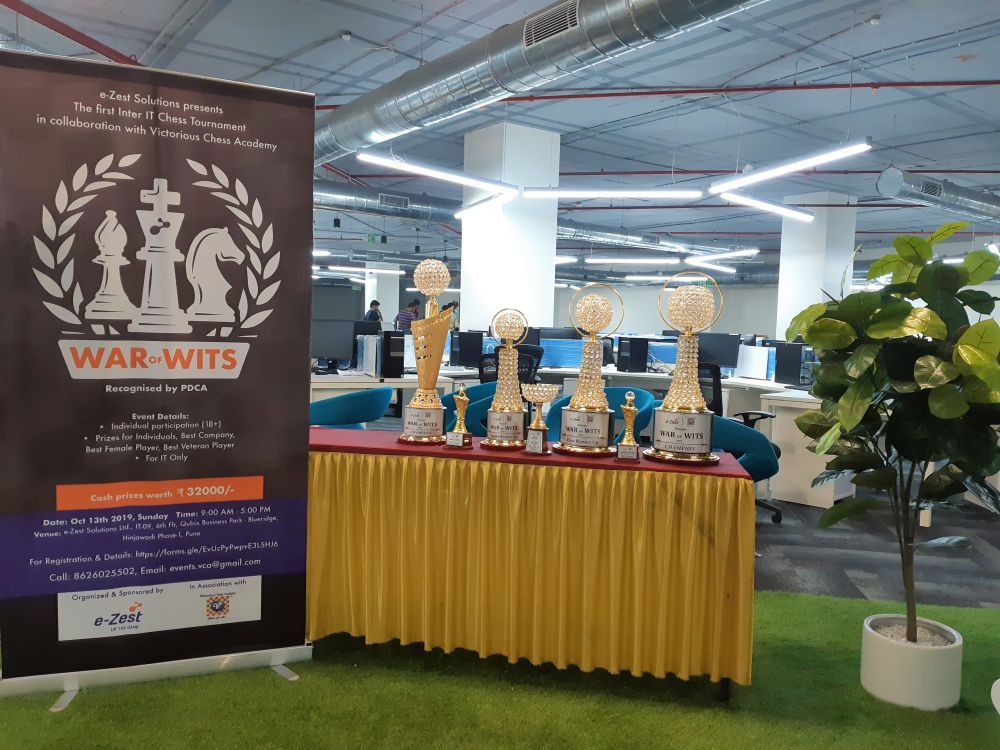 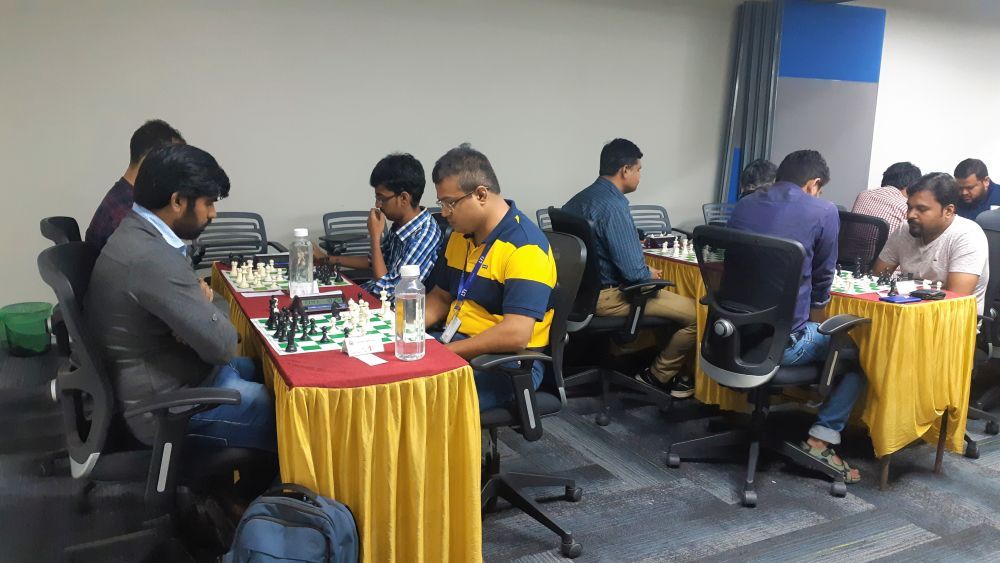 The tournament was open to above 18-years of age and corporate employees only | Photo: Victorious Chess Academy 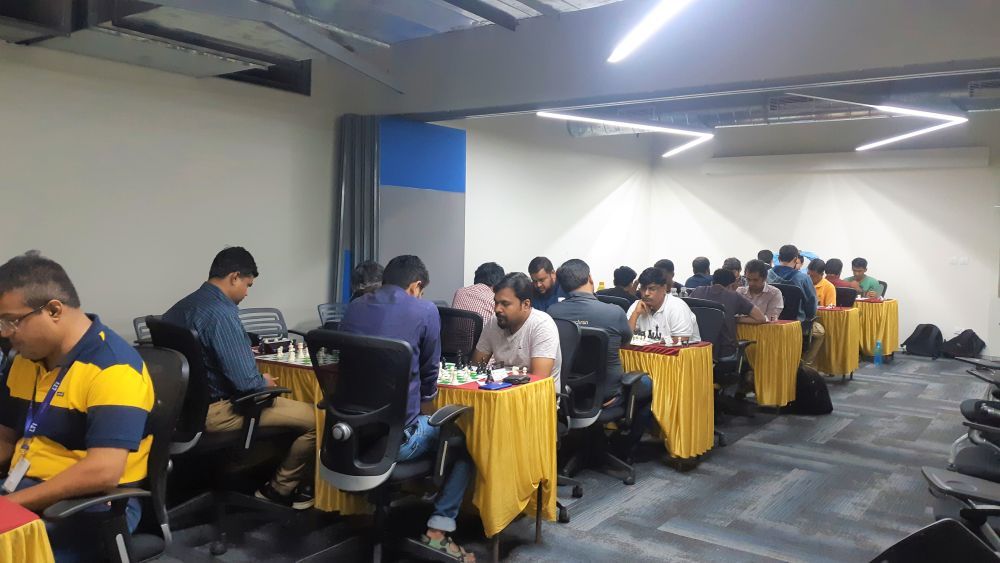 The corporate employees are sitting on a desk but this time against an opponent engaged in a battle of the 64 squares | Photo: Victorious Chess Academy 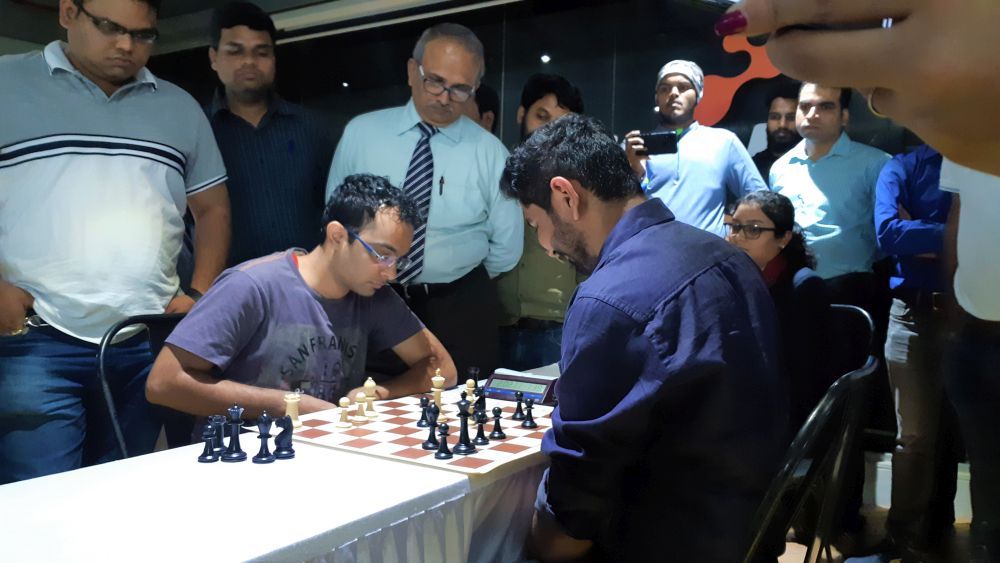 Some games garnered quite an audience | Photo: Victorious Chess Academy