Fourth seeded Anish Gandhi scored 8.5/10, edged past Shriraj Bhosale on tie-breaks to clinch Late Shripad Kulkarni Memorial All India Open 2021. Four players - Ajay Kumar Rai, Yash Kapadi, Om Nagnath Lamkane and Aditya Bartakke scored 8.0/10 each. They were placed third to sixth accoring to tie-breaks. The tournament had the total prize fund of ₹101000 with the first prize being ₹21000 cash and a rolling trophy. It took place from 4th to 9th December at Jaylakshmi Sanskrutik Bhawan, at Kolhapur, Maharashtra. Check out the games of the top two finishers of this event along with photographs. Photo: IA Vivek Sohani 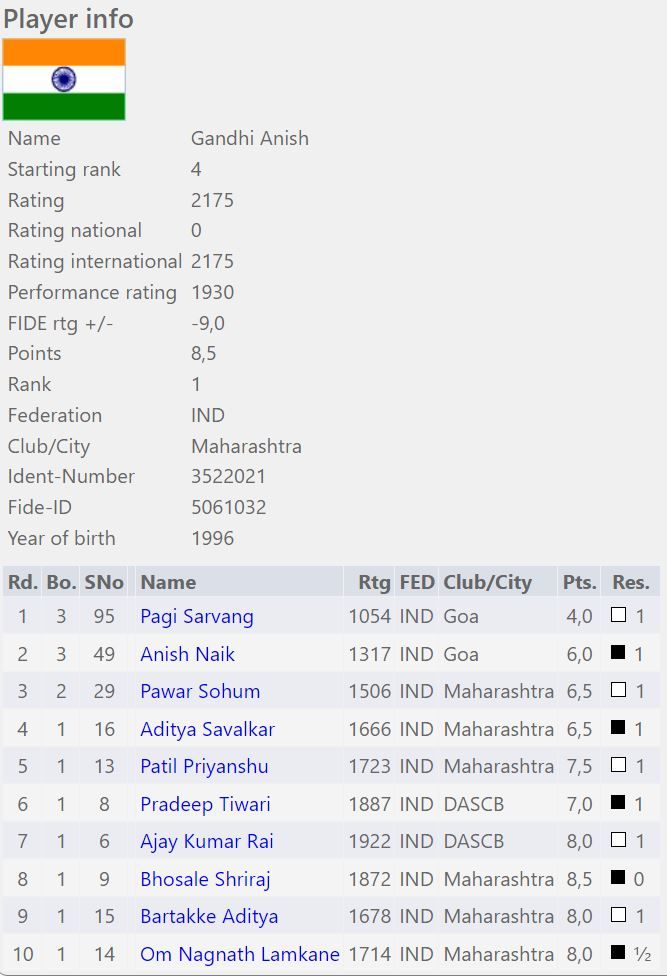 Anish's only loss was against the eventual runner-up, Shivraj Bhosale

Anish won an important game in the penultimate round against Aditya Bartakke to take a half point lead.

18...bxa4 keeps Black in the game. However, 18...b4 turns things in White's favor. Find out the subtle difference which gives White a positional advantage which is a decisive one.

Shriraj Bhosale's best win of the event is certainly against the eventual winner, Anish Gandhi in the seventh round. 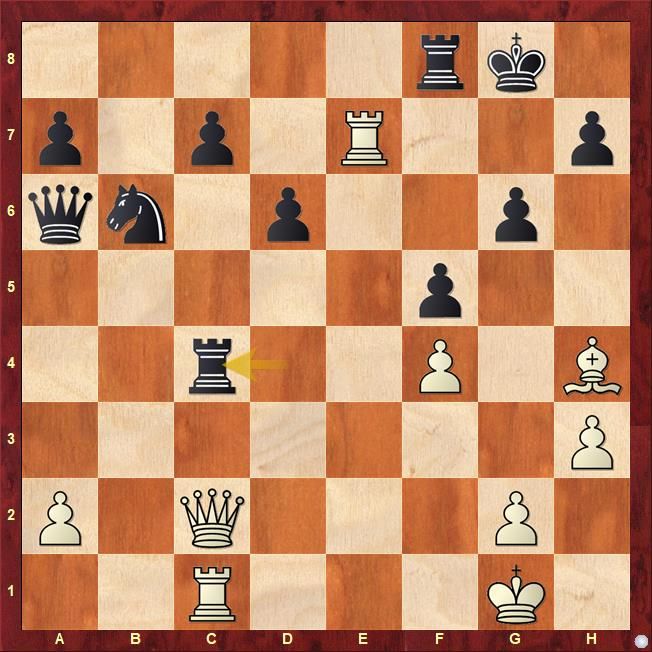 Black had to play 26...Re4 as the text 26...Rxc4 falls the position apart for Black. Find out the winning continuation for White which Shriraj executed in the game. 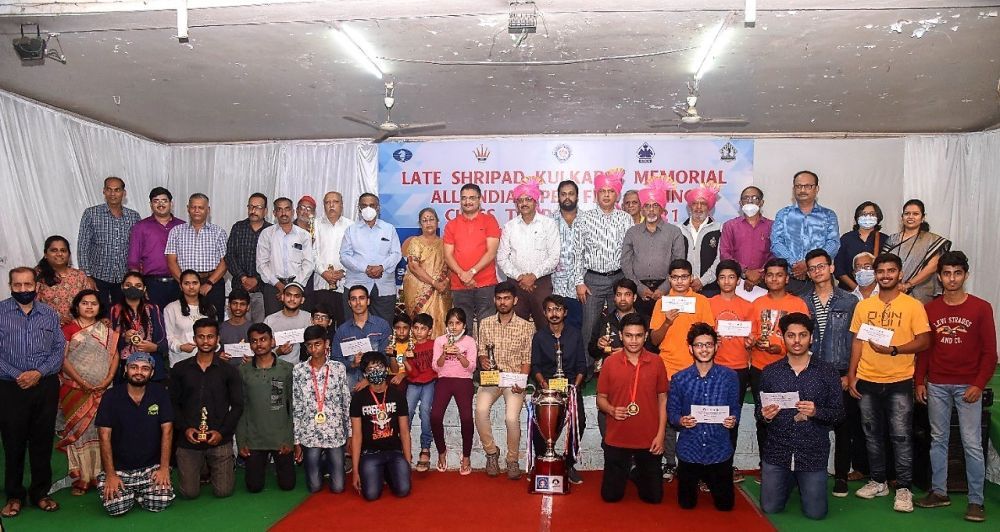 All the prize Winners with the Guests and Organizing Committee | Photo: IA Vivek Sohani 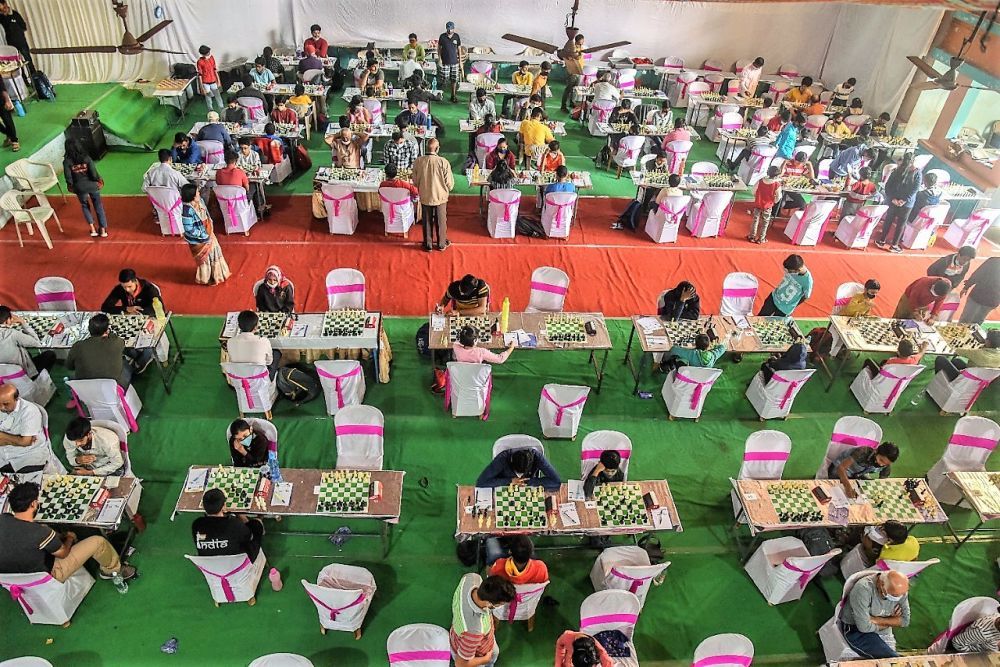 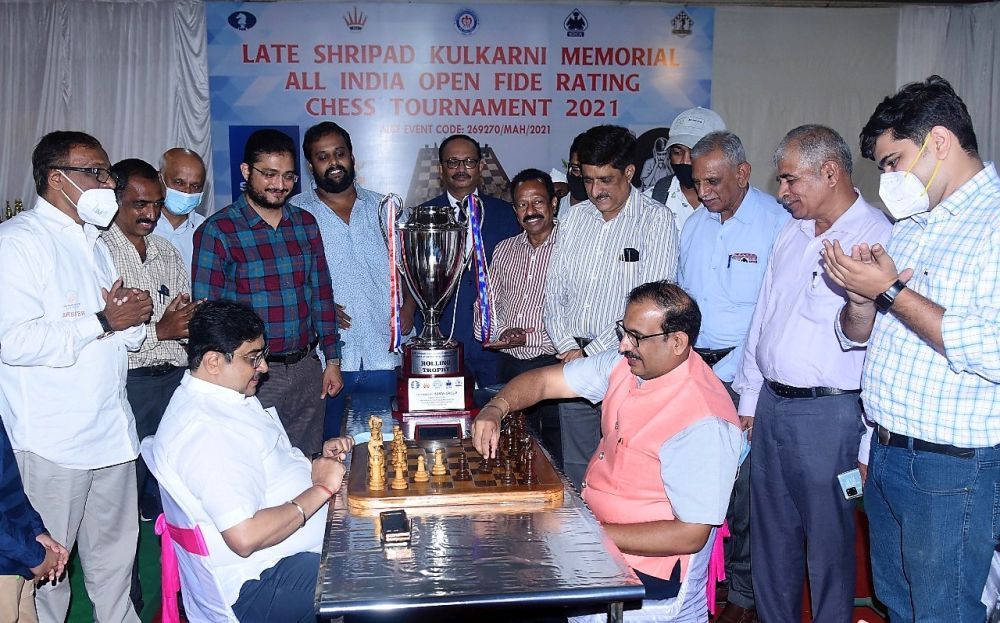 Inaugural moves are being made by the Chief Guests | Photo: IA Vivek Sohani 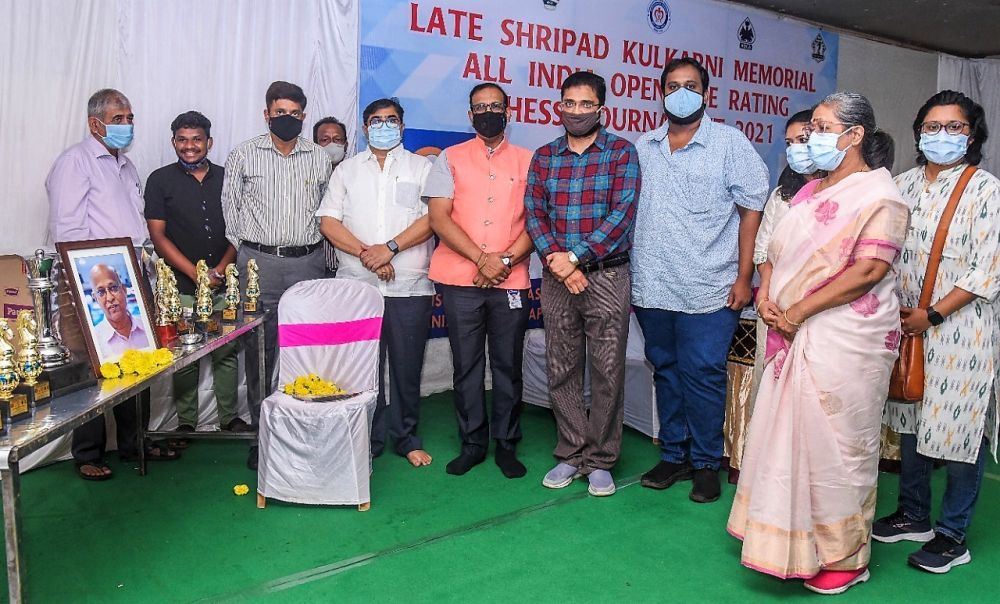 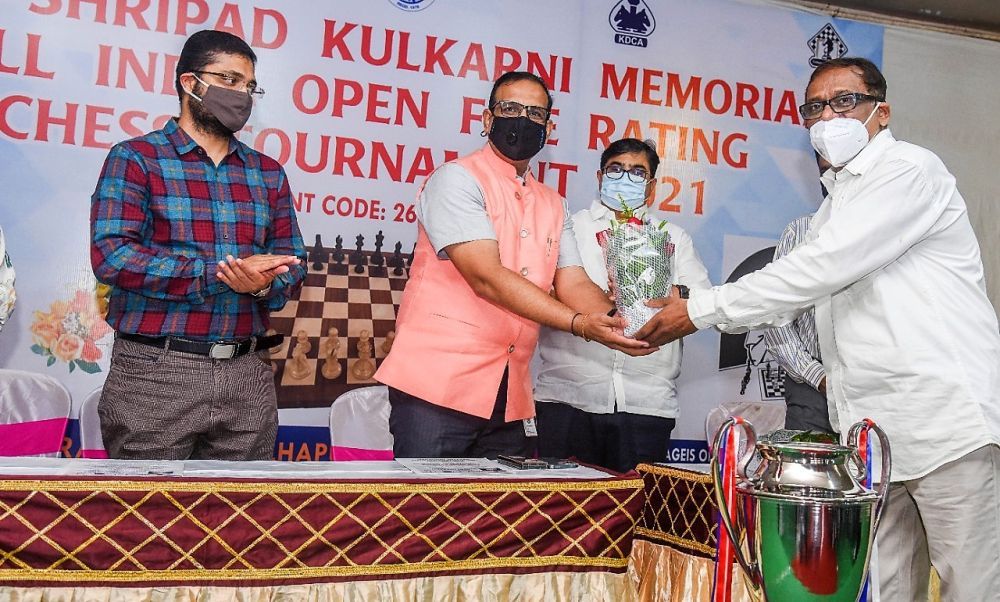 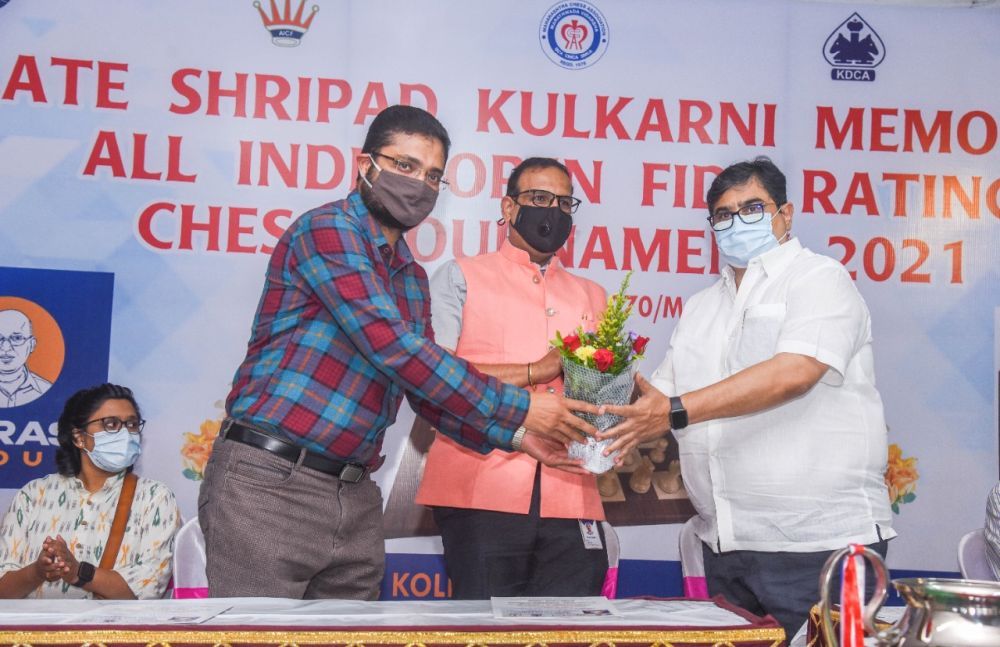 The tournament was organized by Kolhapur Chess Academy from 4th to 9th December 2021 at Jaylakshmi Sanskrutik Bhawan at Kolhapur, Maharashtra. A total of 178 players including two IMs took part in the ten-round Swiss league event which had a time control of 90 minutes + 30 seconds increment from move no.1.