Gowrichander U won Nagpur Below 1600 Rating tournament. Six players scored 8/9 each. Out of them, Gowrichander of Tamil Nadu won the tournament due to better tie-break score. Akshat Mahobiya and Saket Atul Kumar were placed second and third. They both remained undefeated. The total prize fund of the tournament was ₹300000. Top three prizes were ₹51000 and a trophy, ₹30000 and ₹25000 each. The tournament was held between 14th and 16th August 2022 at Nagpur, Maharashtra. A total of 474 players took part from all over the country. 44th Chess Olympiad Bronze medalist WGM Divya Deshmukh and India's 71st GM Sankalp Gupta attended the inauguration ceremony. Photo: Bhushan Shriwas/Kalpana Prakash Welfare Foundation 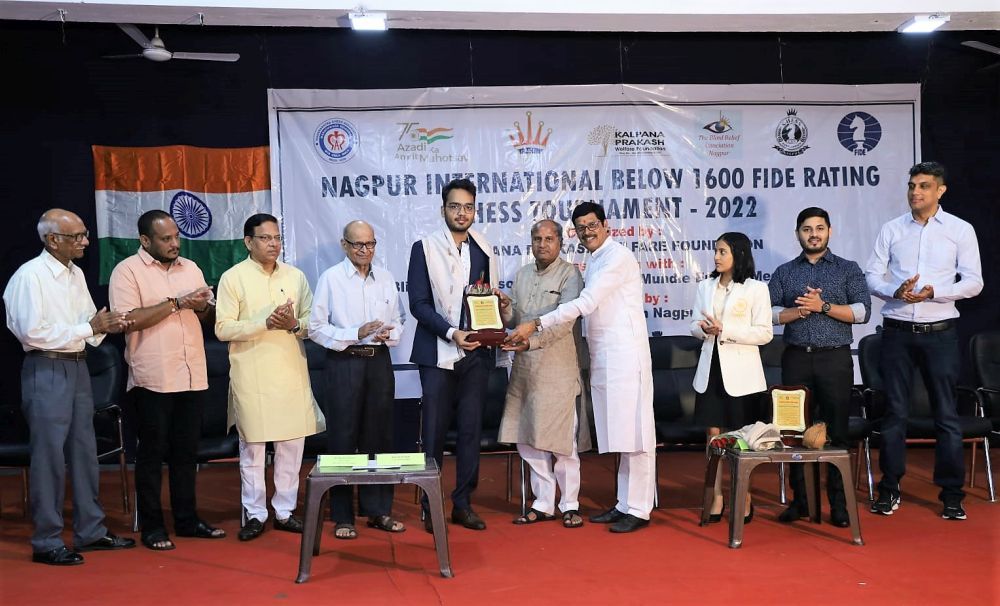 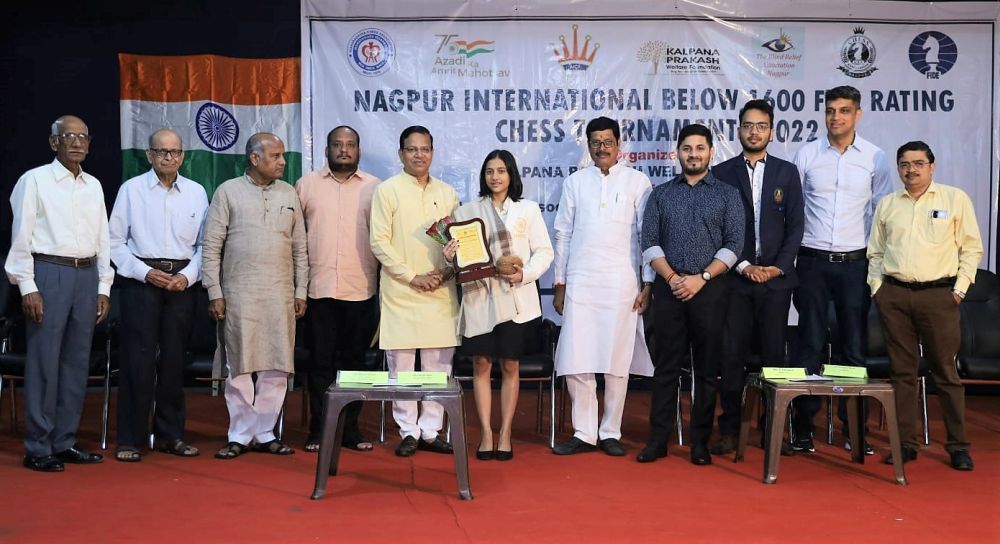 Both WGM Divya Deshmukh and GM Sankalp Gupta were felicitated for their performance and contribution at the 44th Chess Olympiad 2022. 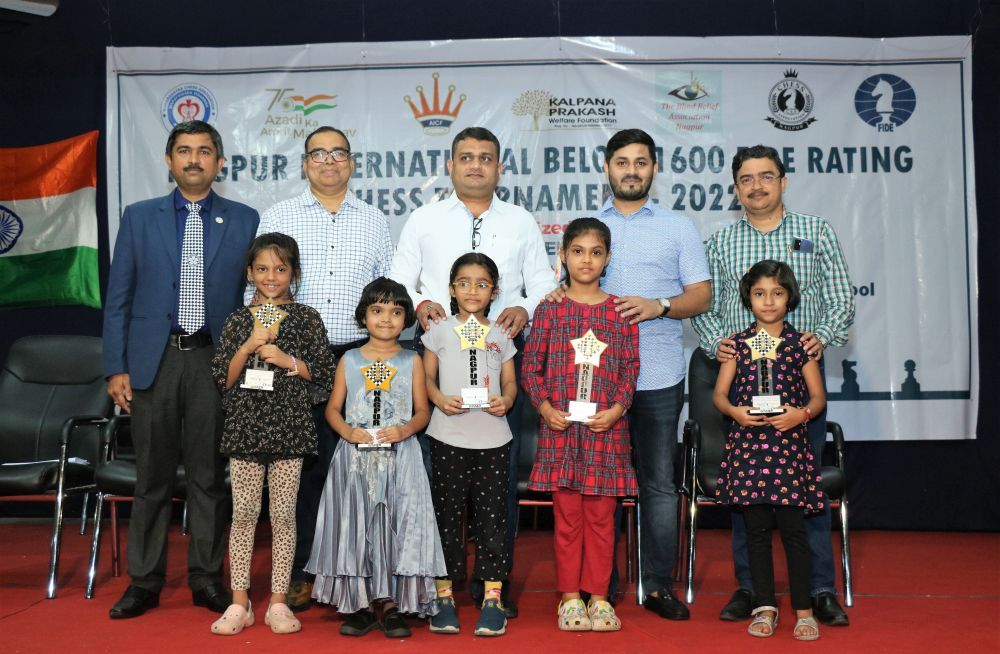 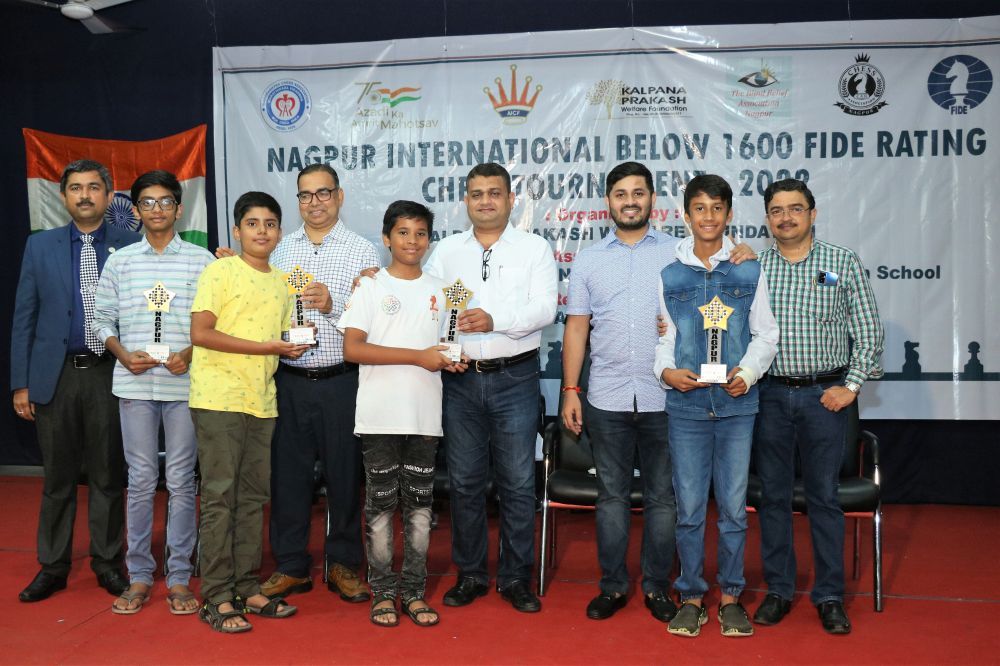 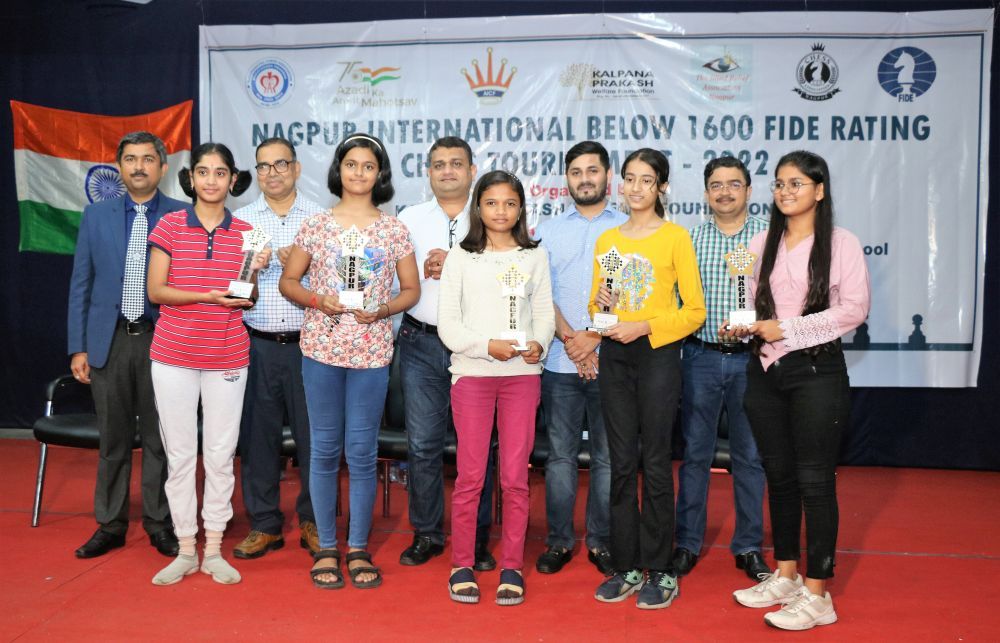 Thanks to Bhushan Sriwas for providing photos and information about the tournament.

A total of 474 players took part from all over the country, in this three-day nine round Classical Rating tournament. The event was organized by Kalpana Prakash Welfare Foundation at Mundle Hall, The Blind Relief Association in Nagpur, Maharashtra from 16th to 18th August 2022. The time control of the event was 30 minutes + 30 seconds increment.