Sharan Rao scored an unbeaten 8.0/9 to win 15th BRDCA Karnataka State Open. Starting out as the seventh seed, he beat the top seed Sanjay N in Round 7 to take joint lead. In the penultimate round, he made a draw with the eventual runner-up Ojas Kulkarni. Sharan won the final round game against Balkishan A to become the champion. Apart from Ojas, Prachura and Partahasarathy also finished with 7.5/9. They were placed third and fourth respectively according to their tie-breaks. The five-day nine-round rating tournament witnessed the participation of 204 players from various districts across Karnataka.

Sharan Rao has won a lot of Karnataka State age group events but he won the Karnataka State Open title for the very first time on Sunday 4th April as he scored an unbeaten 8.0/9 to finish a half point ahead of the competition. Three players finished at 7.5/9 and they were placed second to fourth according to their tie-breaks. Ojas Kulkarni, Prachura P P and Parthasarathy R secured second, third and fourth place respectively. Both top seed and second seed of the tournament Sanjay N and WIM Isha Sharma scored 6.5/9 and they were placed 12th and 13th respectively. 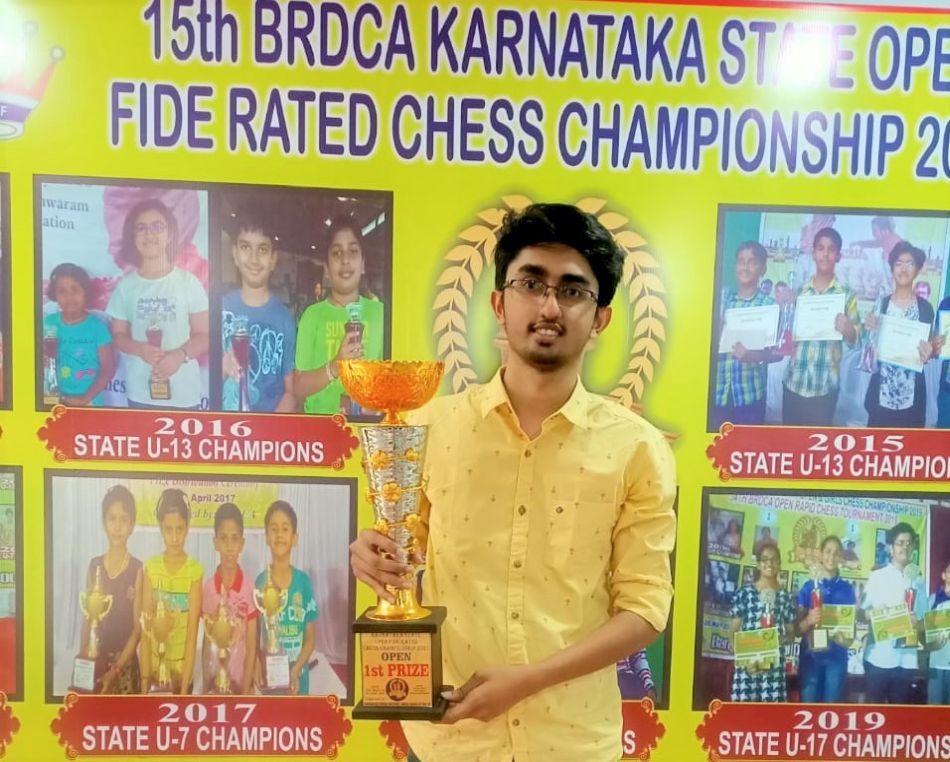 We caught up with Sharan after he won the Karnataka State Open to get to know his thoughts on his triumph.

Shahid Ahmed (SA): How did it feel to play a tournament after more than a year and win it?

Sharan Rao (SR): It's absolutely an amazing experience having a transition from playing on online chess platforms to over-the-board chess. All this time over-the-board chess, I feel was quite underrated, now we all know its true value. Winning it was more of an unexpected thing to happen as I was the seventh seed and the tournament had some very brilliant players.

SA: You have won several Karnataka State age group and various other tournaments but this year you won the Karnataka State Open for the very first time. What does this championship mean to you?

SR: Yes I've won Karnataka State U-7, U-9, U-11, U-13, U-15, and now Open for the first time. Nevertheless feels a little bad to miss U-17 and U-19 championship wins. Winning Karnataka State Open was probably one of the most prestigious victories in my chess career.

SA: Which is your favorite game from the event?

SR: My favorite game from the event was with Sanjay N (2330), the top seed of the tournament. The calculations and variations in the middlegame were wonderful. Given below is a position from the game. I was playing white and Sanjay was black. 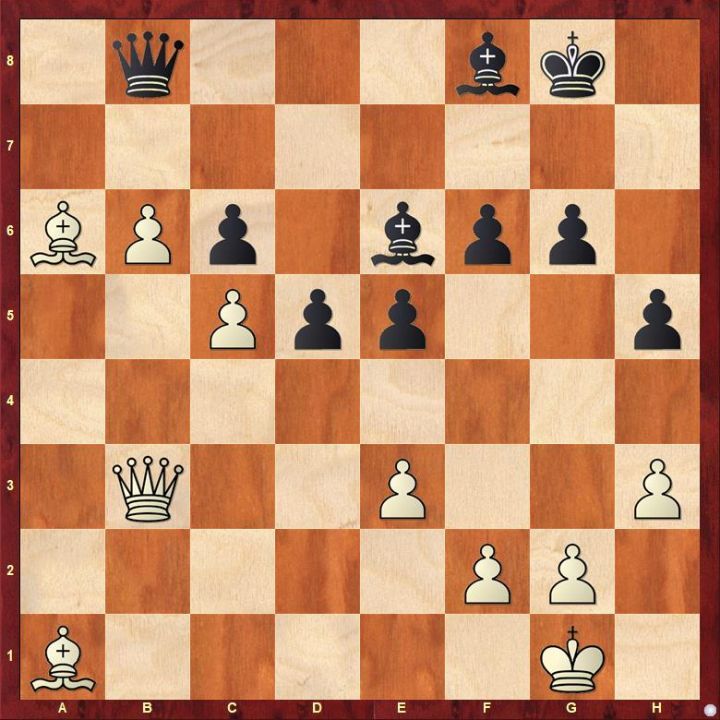 SR: Initially I thought I'd take a draw in the last round if the other boards drew their game. Three hours after the game started, the top boards had already drawn their game but I was in a slightly better position with Balkishan A and I thought it's worth trying to push for a win. After 4 hours of playing, we ended up in this position given below: 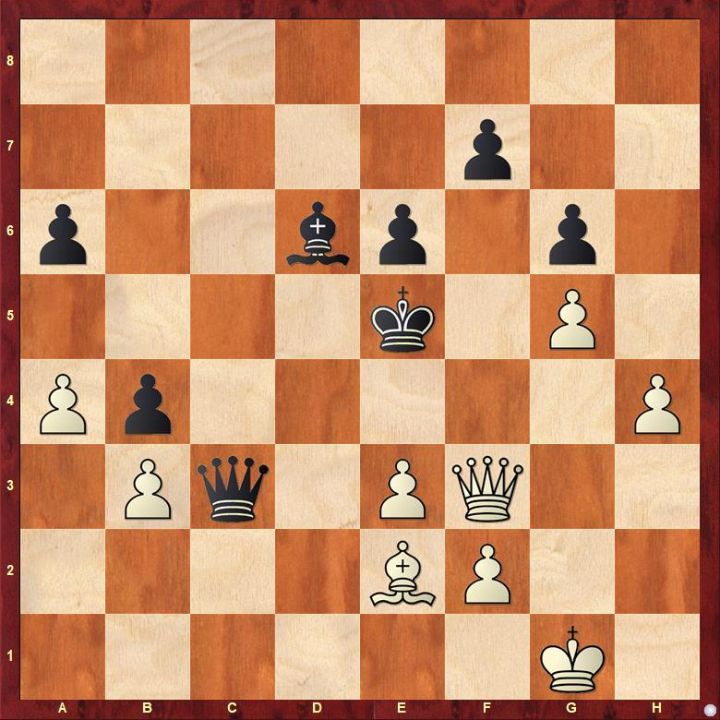 Here I played 42.Bc4 and now it's just impossible to stop Qf4#

SA: Who was the toughest opponent you faced in the entire tournament?

SR: All of my opponents played really well. I had to struggle almost every round to win, but there was one game where I had a slightly worse position with Sudarshan Bhat in round 5. 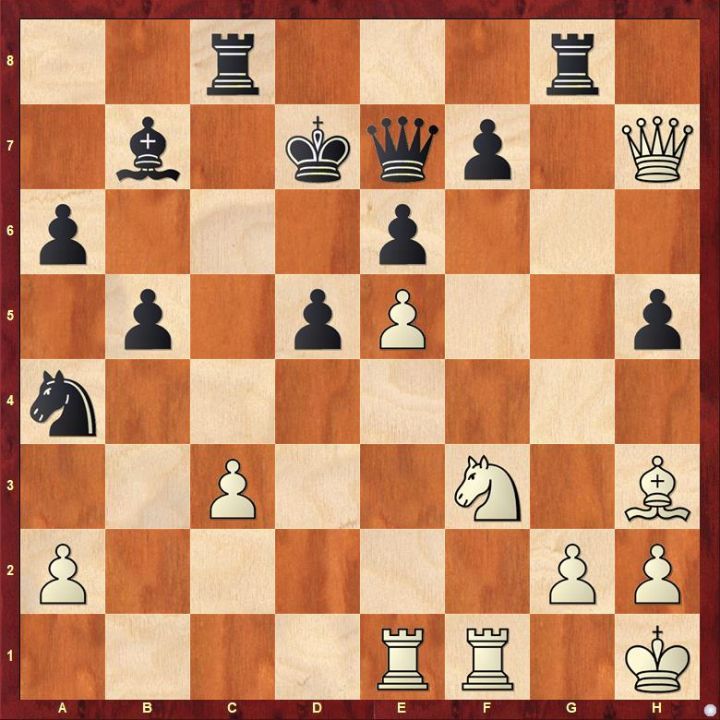 It was white to play and Sudarshan could have continued with 25.Ng5 Qxg5 26.Rxf7+ Kc6 27.Rxb7 Nc5 28.Ra7 and black's king remains to be in great danger. Nevertheless, this is where we agreed to a draw.

SA: How are you coping with the ongoing pandemic?

SR: I'm currently in 3rd year of Civil Engineering at NITK Surathkal. Due to the pandemic, classes are being held online, therefore I was able to invest a little extra productive time in chess.

SR: I will be playing in the National Senior Championship which is probably going to be held in Uttar Pradesh somewhere in the last week of April. 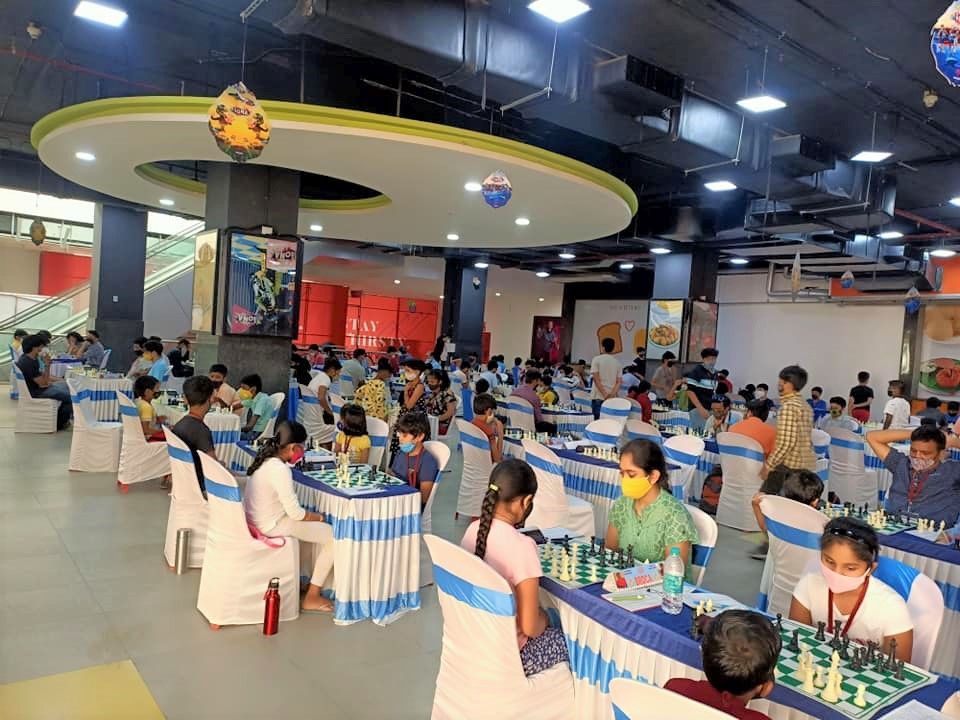 The tournament hall at Virginia Mall, Bangalore | Photo: Chidananda A 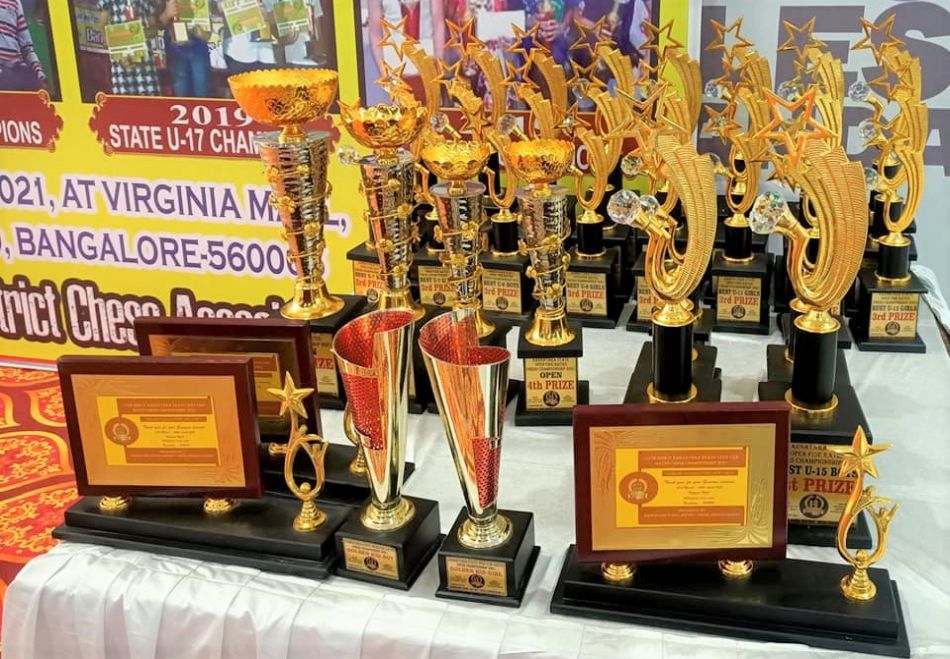 Beautiful trophies for the prize winners | Photo: Chidananda A

A total of 204 players participated from nine districts across Karnataka in this five-day nine-round Swiss league event. The tournament was organized by Bangalore Rural District Chess Association from 31st March to 4th April 2021.