20th seeded Mithun Anand V and Goutham Krishna H scored an unbeaten 7.5/8 each. Mithun won the 1st Cademic International Rating Open on tie-breaks, the reigning National Under-12 Open champion, Goutham was placed second. Top seed of the event, Hrithickkesh Pr scored 7/8, edged past the remaining four at the same score, to secure third place. The total prize fund of the tournament was ₹300000. Top three prizes were ₹40000, ₹30000 and ₹20000 along with a trophy each. This was the biggest chess tournament held in Thiruvananthapuram as it attracted 461 players from all over the country along with Canada, England, Germany and USA. Photo: Sreejith S Payyappat

Cademic Chess Center brought the 44th Chess Olympiad fever to the capital of Kerala, Thiruvananthapuram. This was the first FIDE Rated tournament in the city since April 2019. Current Kerala State Under-14 Girls champion and Under-16 Girls runner-up, Anupam M Sreekumar was the highest finisher among female participants. She scored 6.5/8 to finish 16th and gained 38 Elo rating points. 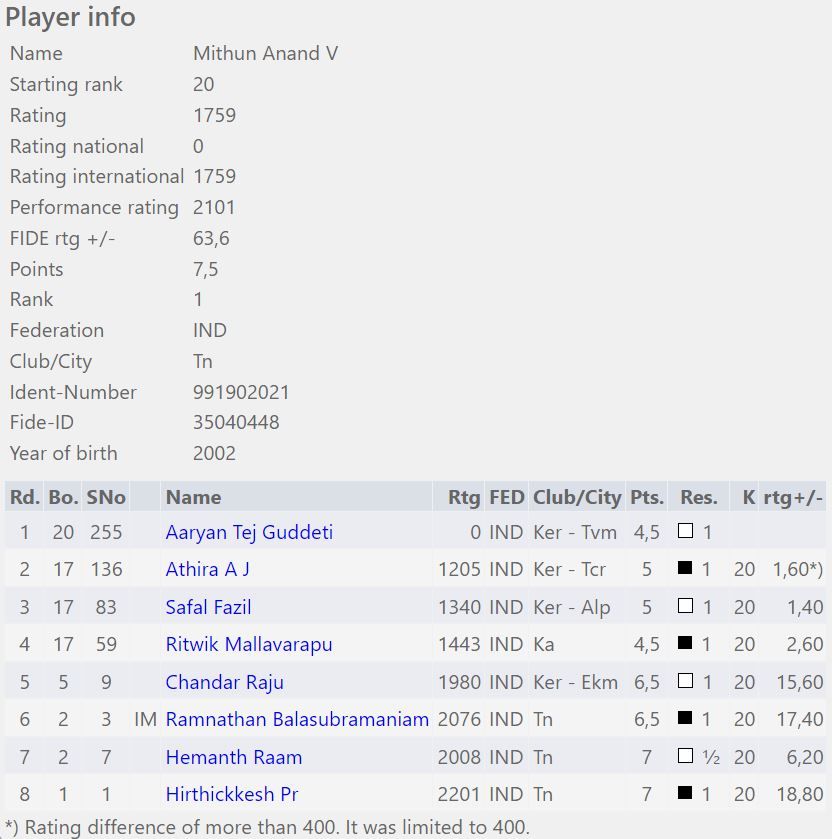 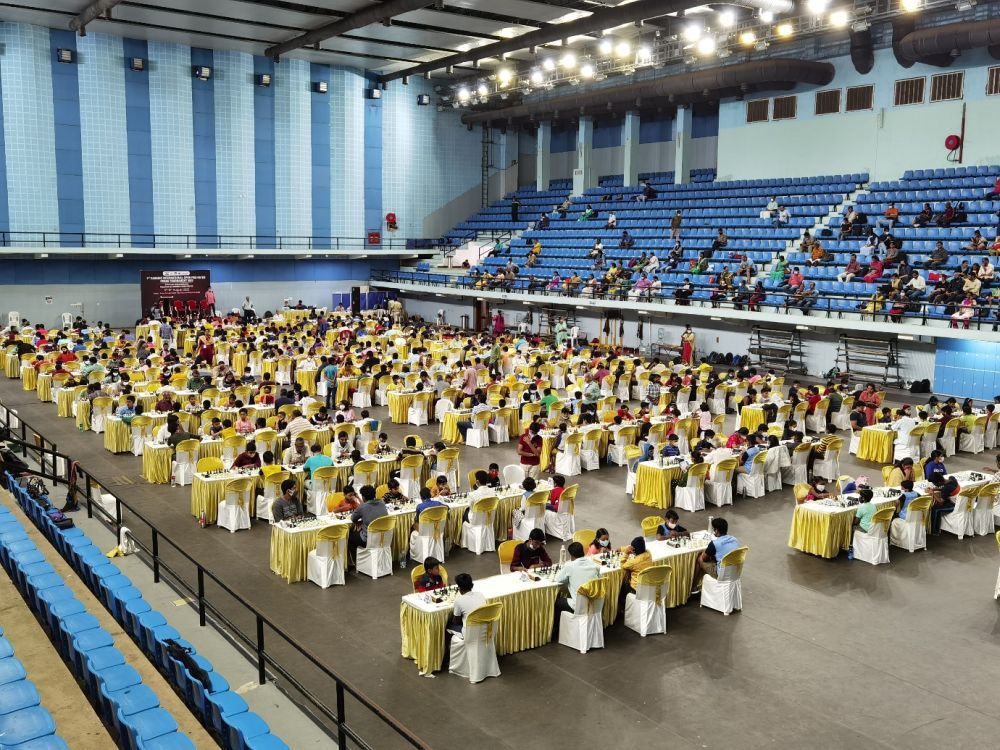 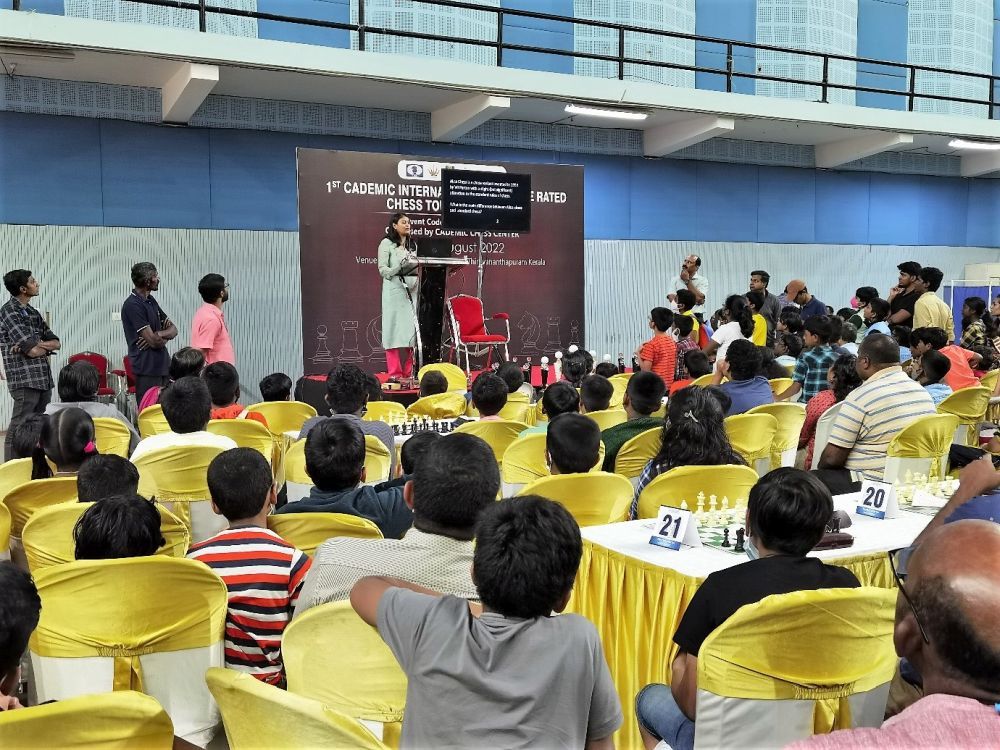 On day 3, 7th August 2022, an open chess quiz (Red Queen) was organized for chess players and parents. It was orchestrated by quiz master, Dr. Jyothi E K. She is a medical micro-biologist working as scientist at Sree Chitra Tirunal Institute of Medical Sciences and Technology (SCTIMST), Thiruvananthapuram Kerala. 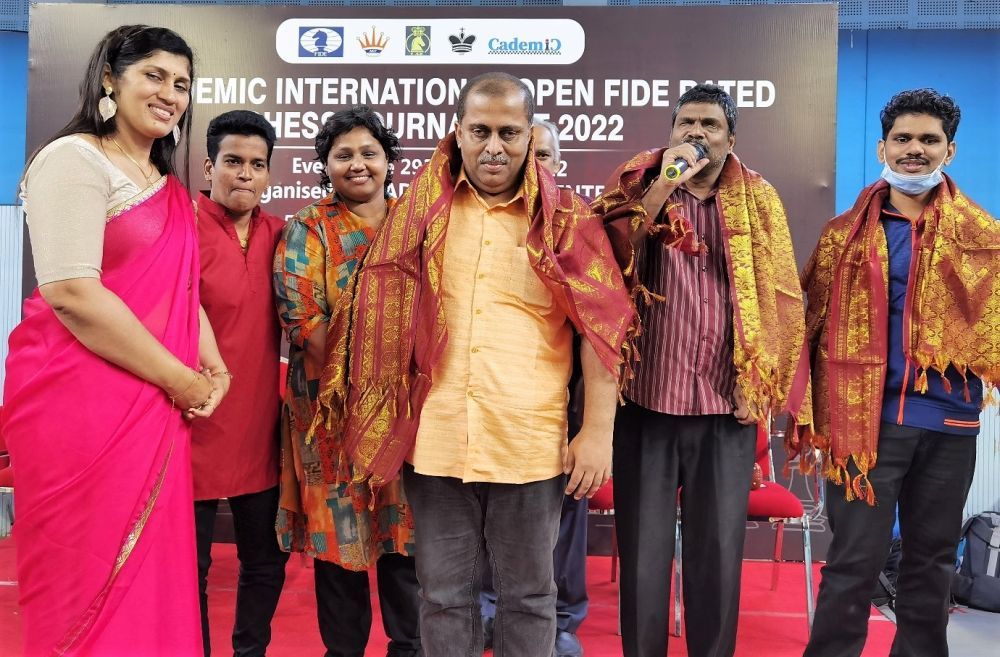 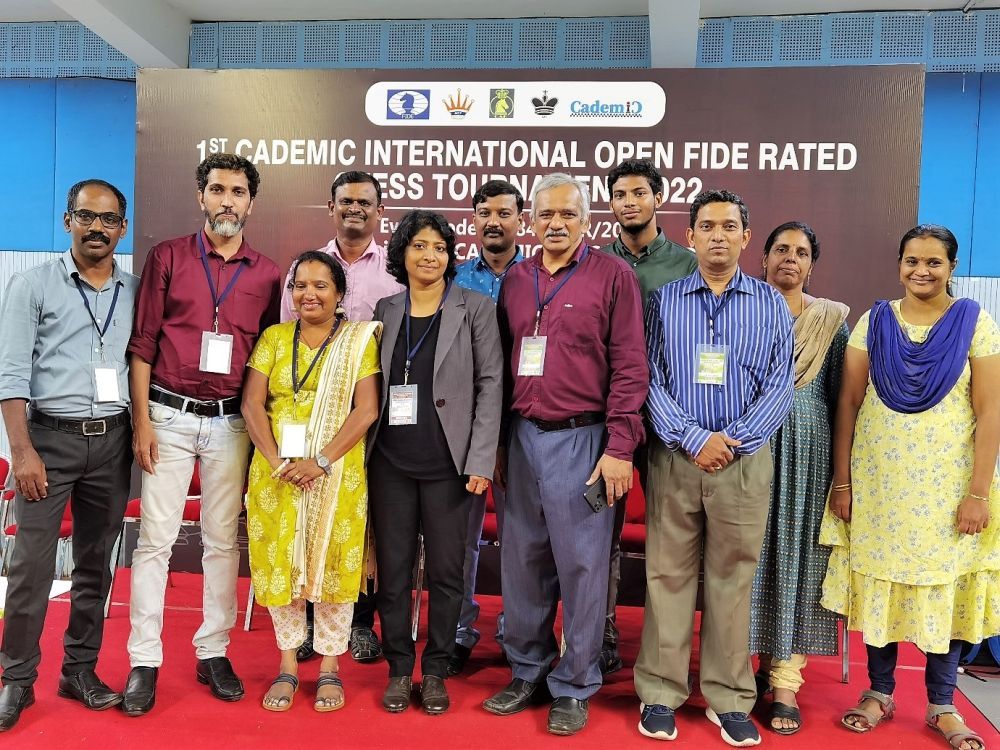 The trophies for the prize winners | Photo: Sunil Kumar P

Thanks to IA Smitha Selvi of Cademic Chess Center for sharing the photos and various information.

A total of 461 players including an IM took part from Canada, England, Germany, India and USA in this four-day eight round Classical Rating tournament. The event was organized by Cademic Chess Center, at Jimmy George Sports Hub in Thiruvananthapuram, Kerala from 5th to 8th August 2022. The time control of the event was 90 minutes + 30 seconds increment from move no.1.