IM Rakesh Kumar Jena won BYJU's Starwarz Rating Open 2022. This was his third consecutive tournament victory. He won the Summer Cup Rating Open on 29th June, Ekagra Rating Open on 17th July and now this event exactly a month after his previous triumph. Despite losing his fifth round game to Dhanush Ragav N S, Rakesh bounced back by winning the next four games. 13-year-old Aswath S and Kaustuv Kundu also scored 8/9. However, Rakesh won the tournament due to better tie-breaks, the remaining two were placed second and third accordingly. Total prize fund of the tournament was ₹1000000. It was the highest ever prize fund at a tournament in Kerala. Top three prizes were ₹105000, ₹75000 and ₹50000 along with a trophy each. Photo: Joby Abraham yt 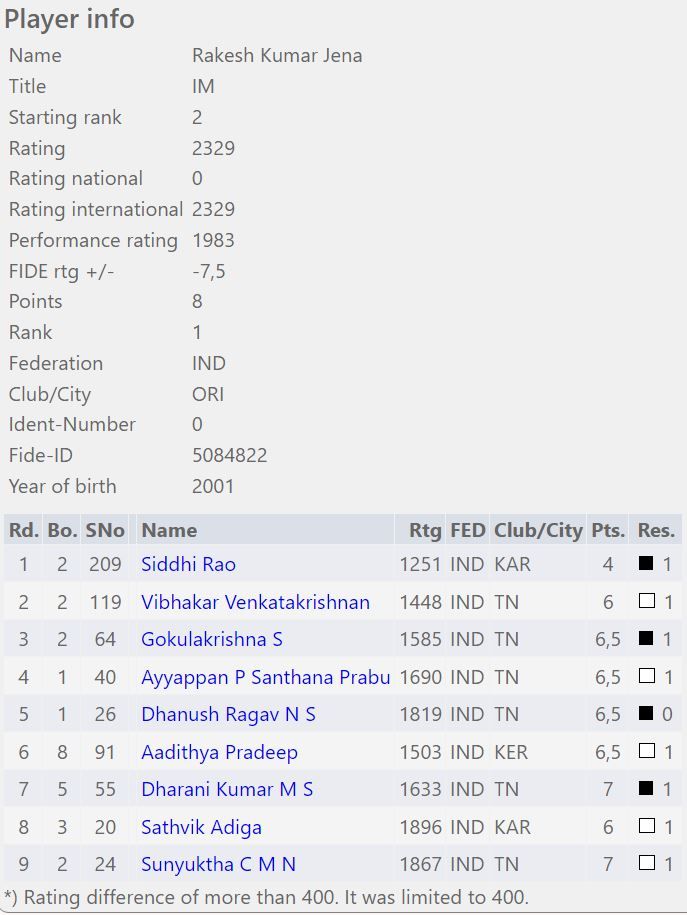 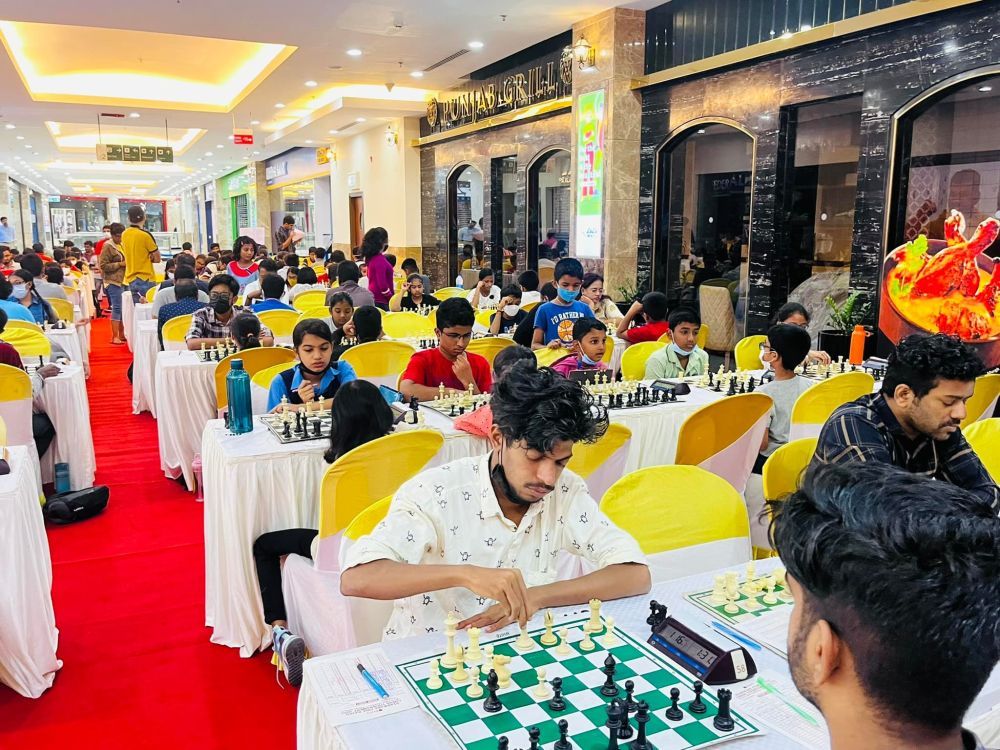 A total of 405 players including an IM took part from all over the country and two from USA, in this five-day nine round Classical Rating tournament. The event was organized by Cognizance Enterprises Pvt. Ltd. , at Lulu Mall in Cochin, Kerala from 13th to 17th August 2022. The time control of the event was 90 minutes + 30 seconds increment from move no.1.