Untitled S Prasanna of Tamil Nadu wins his second consecutive tournament at Kerala. He scored an unbeaten 7.5/8 to win the tournament. He finished half-a-point ahead of seven players who finished at 7.0/8. Alan Diviya Raj finished at 2nd place due to a better tie-break score and top seed of the tournament IM M Chakravarthi Reddy of Telangana was placed third. Total 396 players participated from three different federations including England and New Zealand along with India. The tournament was organized by Ananthapuri Parents Chess Club from 11th - 14th April 2019 at Thiruvananthapuram. Total Prize money worth ₹500000 was distributed among 154 prizes. Photo: Ananthapuri Parents Chess Club 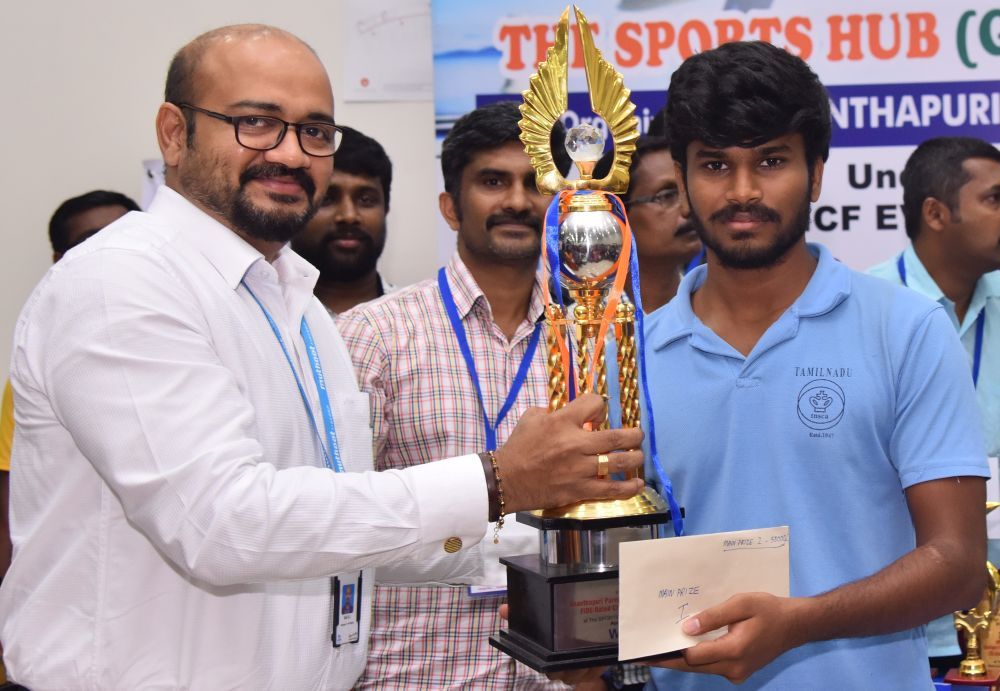 This is Prasanna's fourth championship victory in 2019 and second consecutive triumph in tournaments in Kerala within a week. Round 1 went smooth, with all high rated players winning comfortably. The first upset came in the Round 2, when Rutherford (1394) from TN drew with Prasannaa S (2267). 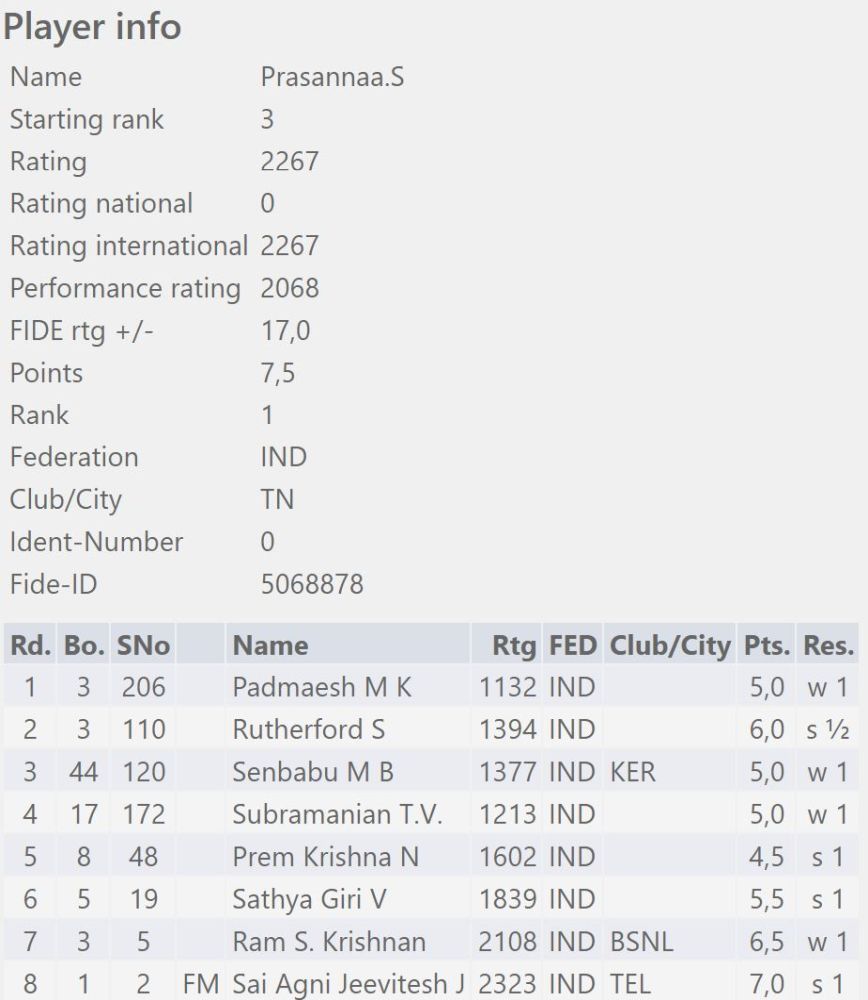 Prasanna's another unbeaten run in Kerala

Round 3 and 4 also saw aspiring players matching up to top seeded opponents, and gaining valuable half point. Round 5 witnessed the top seed of the tournament as well, getting succumbed into draw, with Sathya Giri V. Day 3 brought the real mettle of young 13 year old Vakeesh S (1379) to limelight, beating two 2000+ rated players in Round 5 and 6. At the end of day 3, he was standing at number 2, unbeaten with 6 points bagging 176 ELO points. 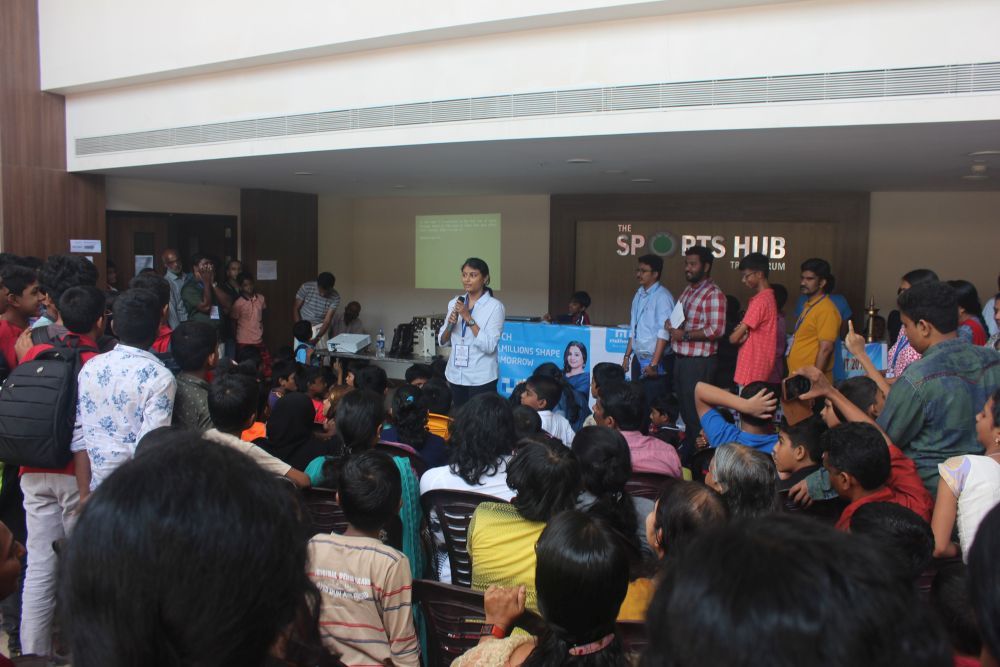 On day 3, an open Chess quiz was organized for chess players and parents. It was orchestrated by Quiz Master Dr. Jyothi E K, is a medical micro-biologist working as scientist at Sree Chitra Tirunal Institute for Medical Sciences and Technology (SCTIMST), Thiruvananthapuram, Kerala. This was very well received by both players and parents, bringing a fresh unwinding breath into the tournament environment. 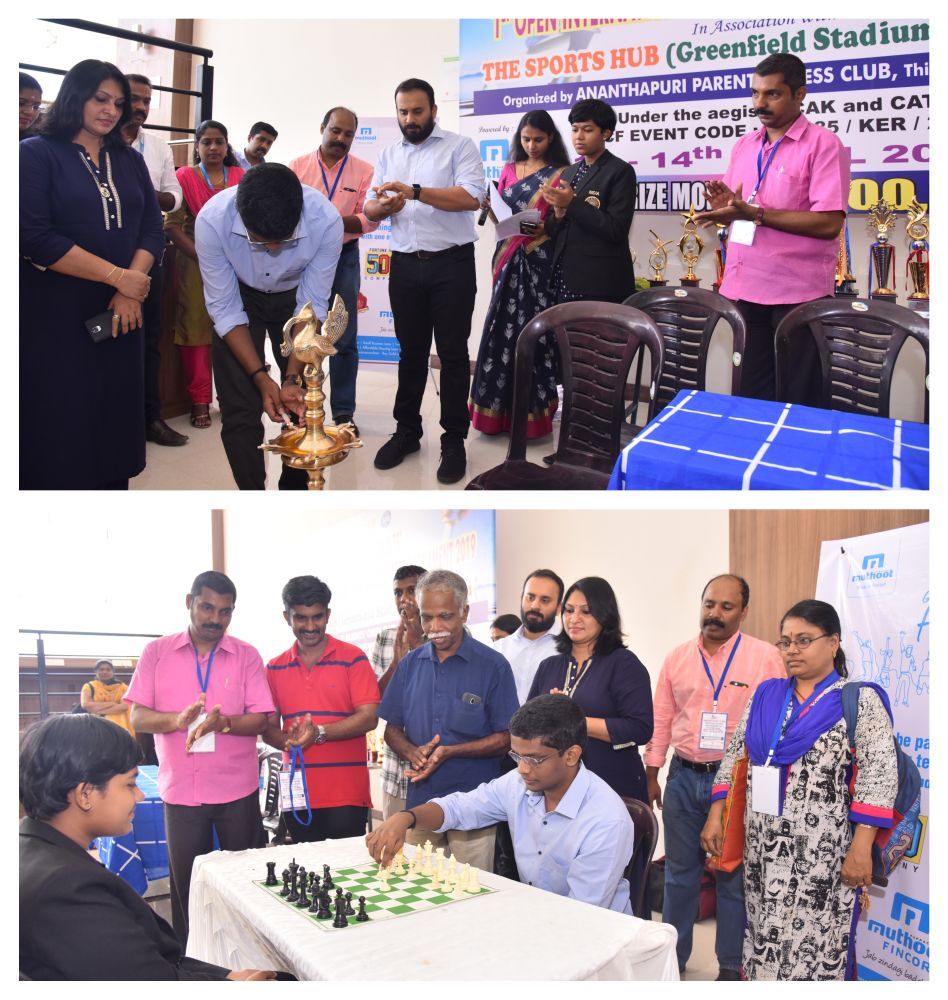 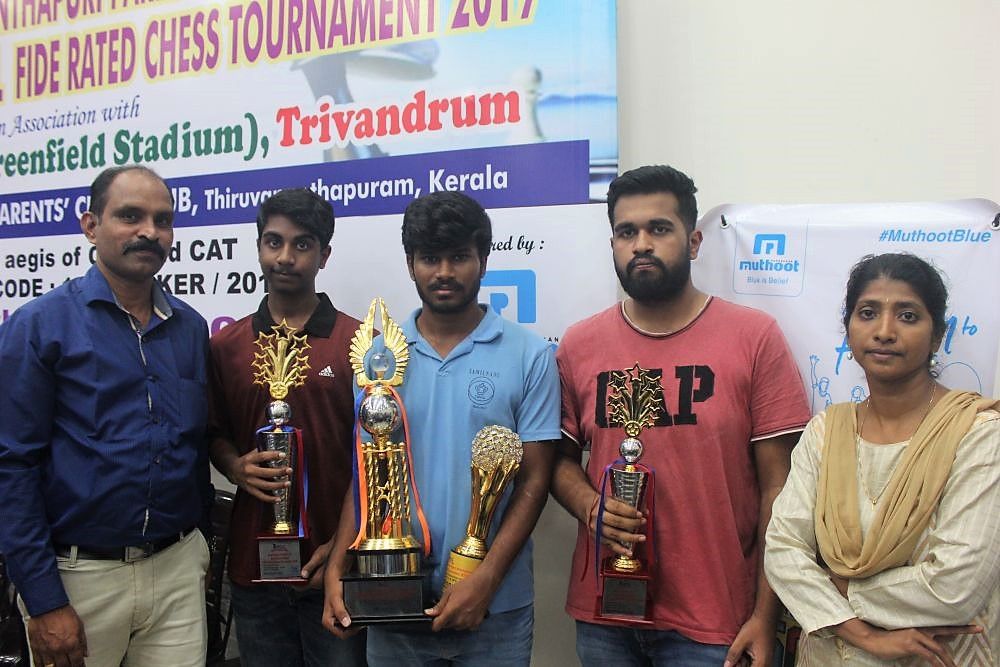 Visually and physically challenged players were recognized during the prize distribution ceremony.

Also the chess players – Brahmaha V S and Swaha V S and their father Sankaran were honoured with “Ponnada” (Golden clothe) for the compassion they have shown to the flood victims of Kerala flood August 2018.  They donated 1 acre of land to the government for the flood relief rebuilding activities. 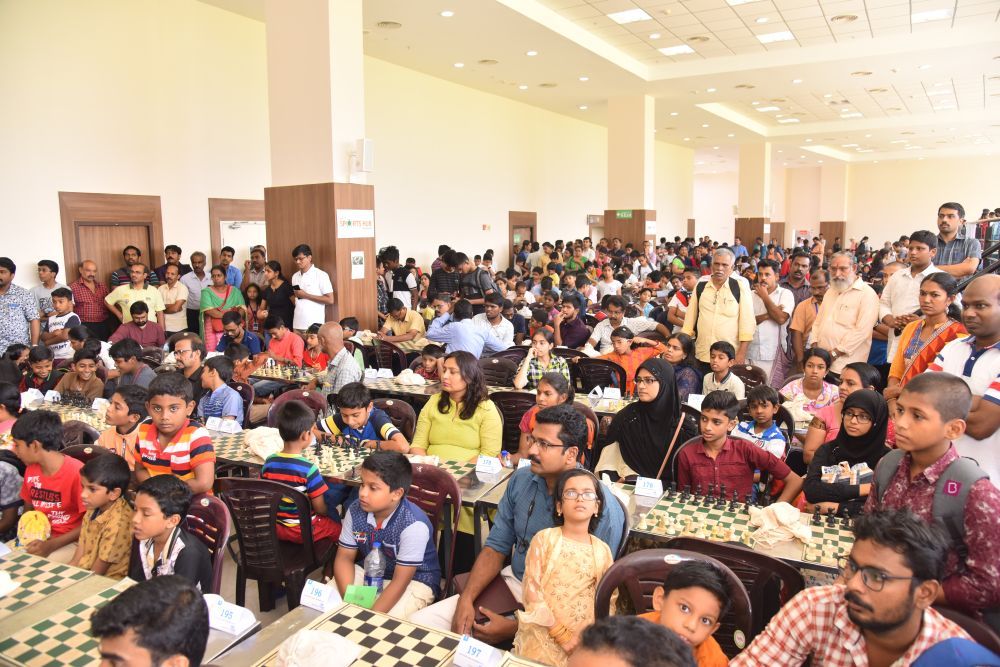 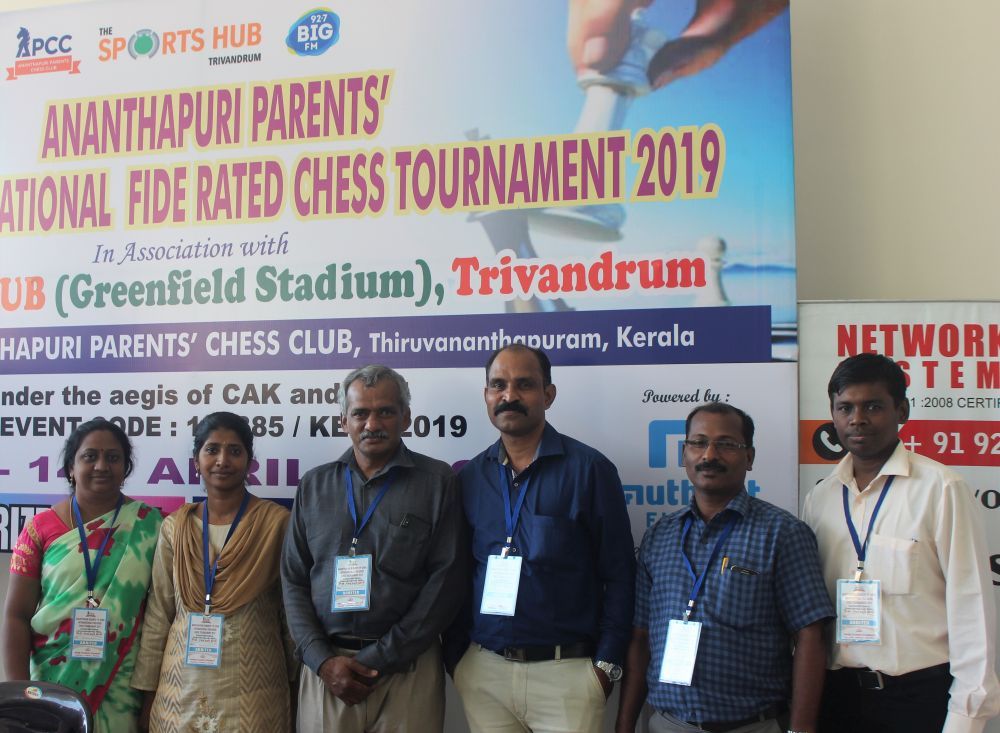