Fourth seeded Sooraj M R of Thrissur won his maiden open rating tournament by scoring an unbeaten 8.0/9 and finishing a half point of the runner-up. Sooraj is the current Thrissur District Senior, Rapid and under-25 champion. 67-year-old Abdul Majeed N scored an impressive unbeaten 7.5/9 to secure the first runner-up position. Top seed of the tournament Gunasekaran N scored 7.0/9 and due to a better tie-break score he was placed third. Total 205 players participated in the tournament from all across the country from 4th - 8th October 2019. Total Prize fund ₹301000 was distributed among 92 prize winners. A pictorial report of the tournament with photographs from Chief Arbiter of the tournament FA Peter Joseph M

Sooraj M R of Thrissur won his maiden open rating tournament by scoring an unbeaten 8.0/9 and finishing a half point ahead of the runner-up Abdul Majeed N 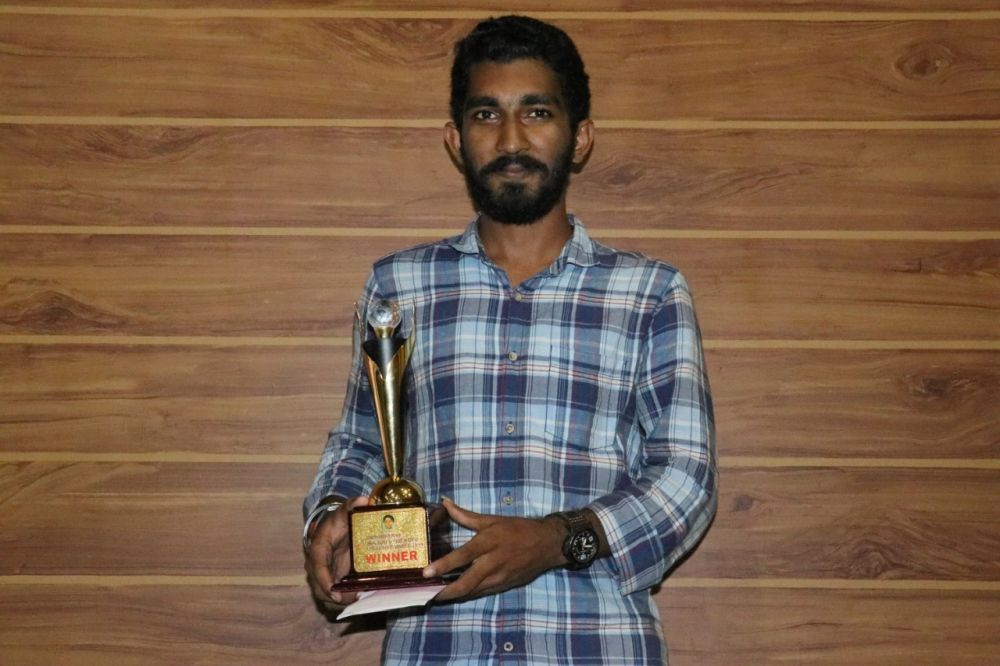 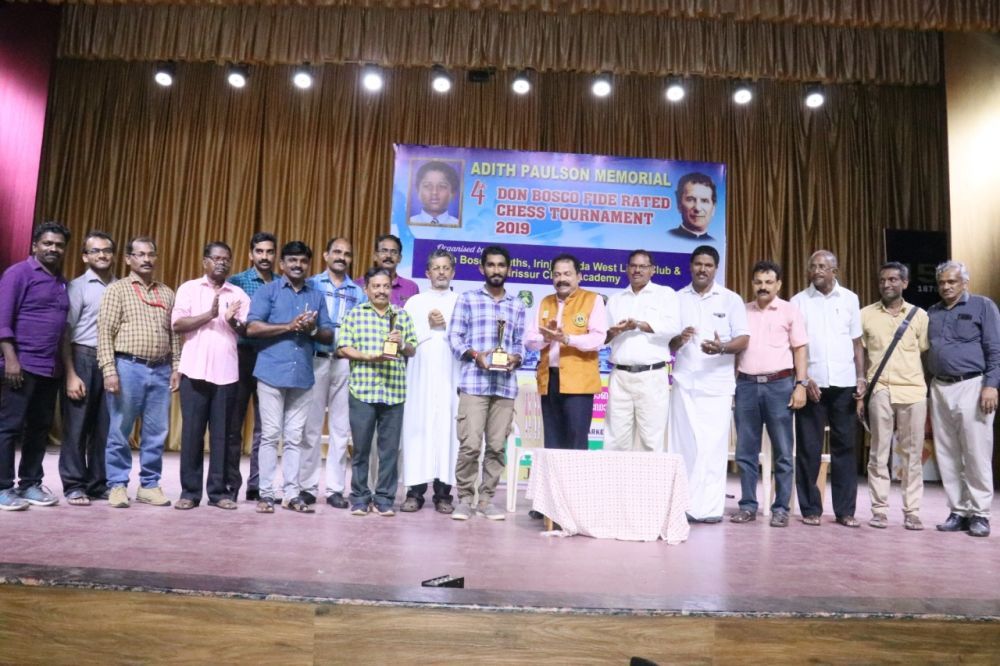 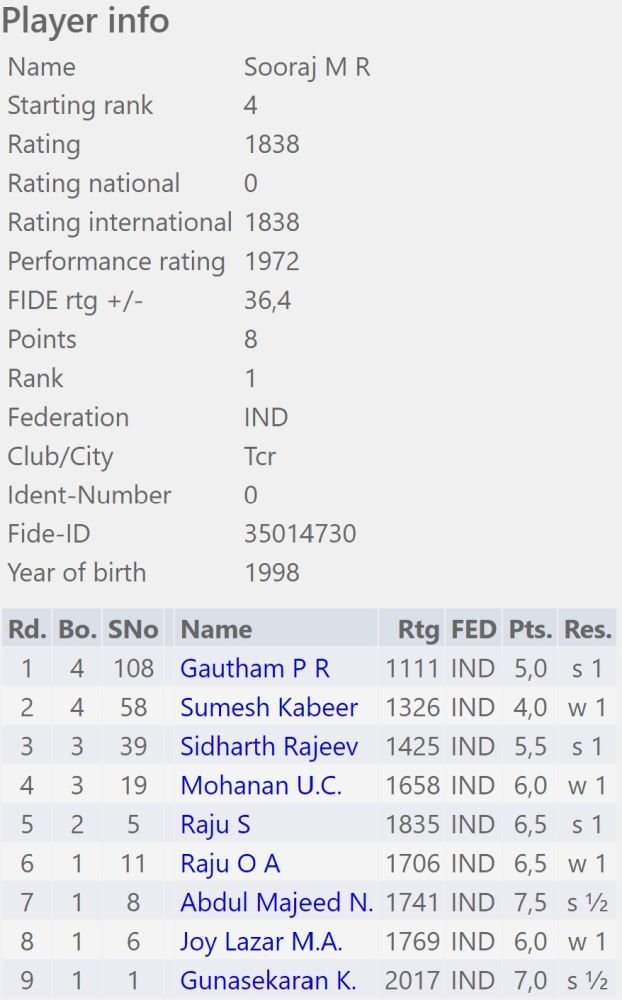 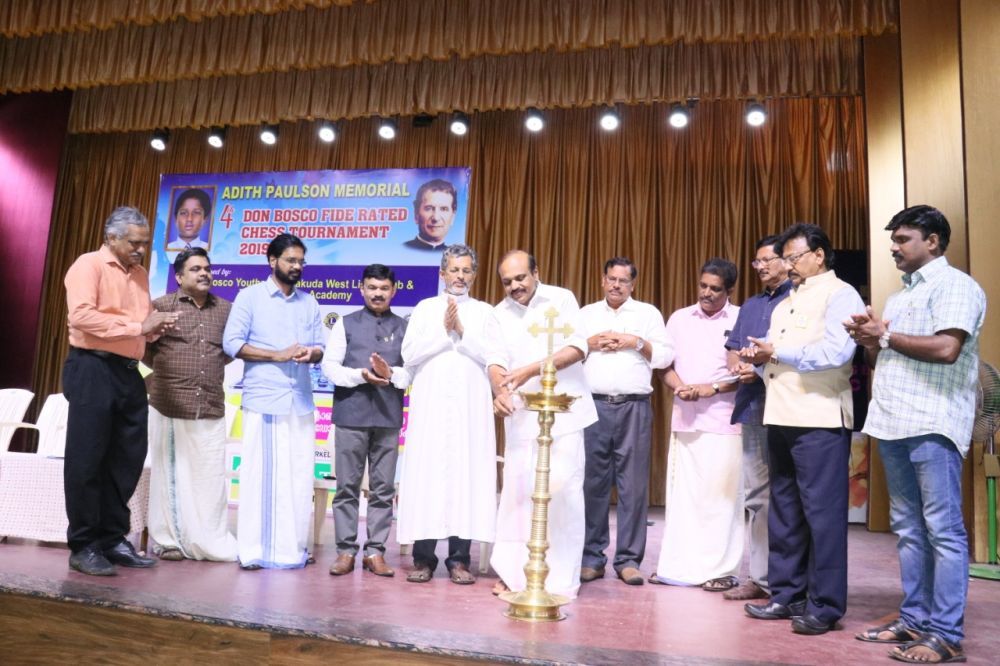 Thomas Unniyaden lights up the lamp in the traditional 'Lighting of the Lamp Ceremony' | Photo: Peter Joseph 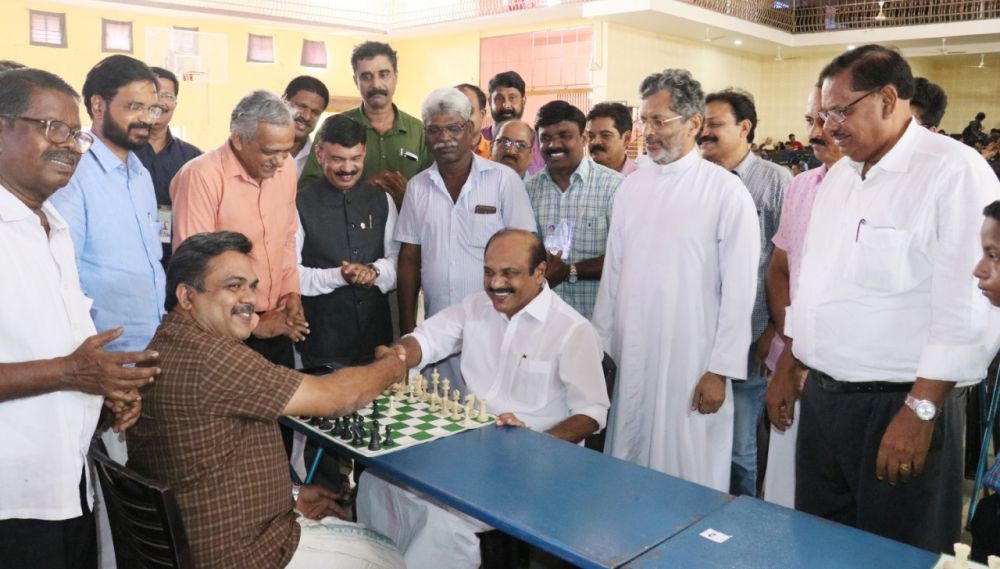 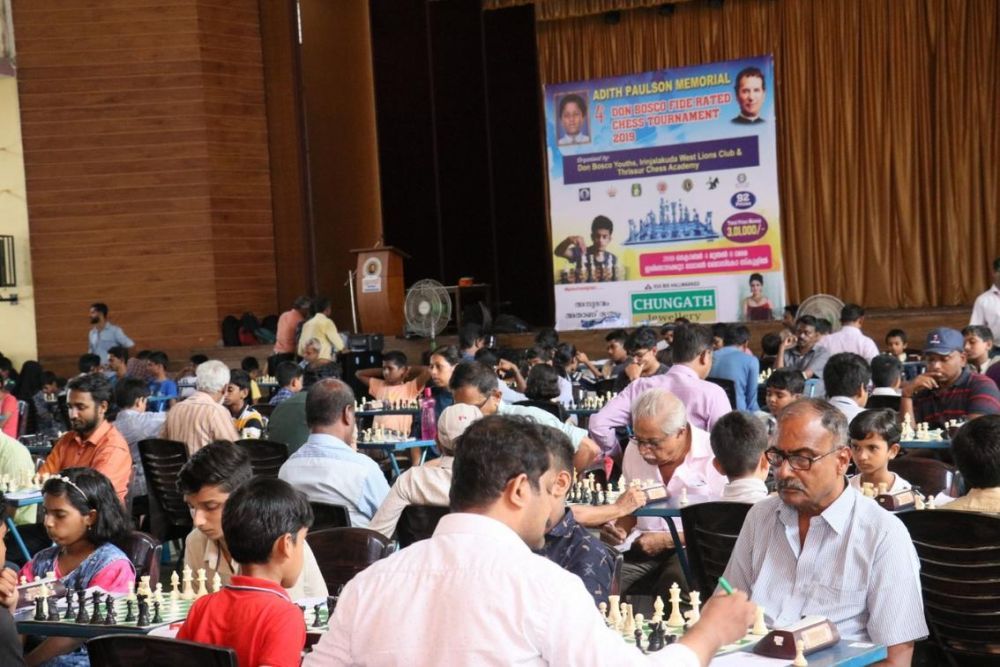 Total 205 players from all over the country took part in this five-day nine round Swiss league tournament, organized by Don Bosco Youths,Lions club, Irinjalakuda West Lions Club and Thrissur Chess Academy from 4th to 8th October 2019.