Untitled S Prasanna of Tamil Nadu scored 8.0/9 and finished half-a-point ahead of a pack six players to become champion and win ₹75000 cash and a shining new trophy. He also finished ahead of two IMs. Top seed, IM Arghyadip Das finished at 7.5/9 and due to a better tie-break score, he secured the runner-up position. Ram S Krishnan of Tamil Nadu, suffered his only loss against the eventual champion of the tournament, scored also scored 7.5/9 to get second runner-up place. Total 284 players from various states across the country participated in this tournament where total prize money was ₹801000 distributed in 112 different prizes. Here is a pictorial report of the tournament. Photo: 4 Queens Chess Club

Prasanna's third triumph of the year

S Prasanna of Tamil Nadu, early this year in January won a Rapid and Blitz Rating tournament in Indore. After that he won 4 Queens 2nd Open tournament in Kerala held at Oberoi Mall in Cochin from 6th-10th April 2019, organized by 4 Queens Chess Club. 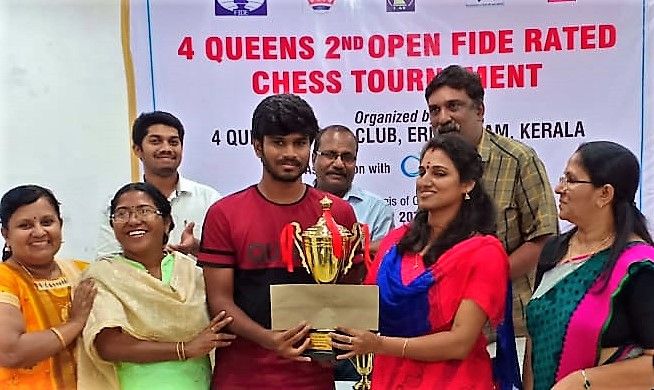 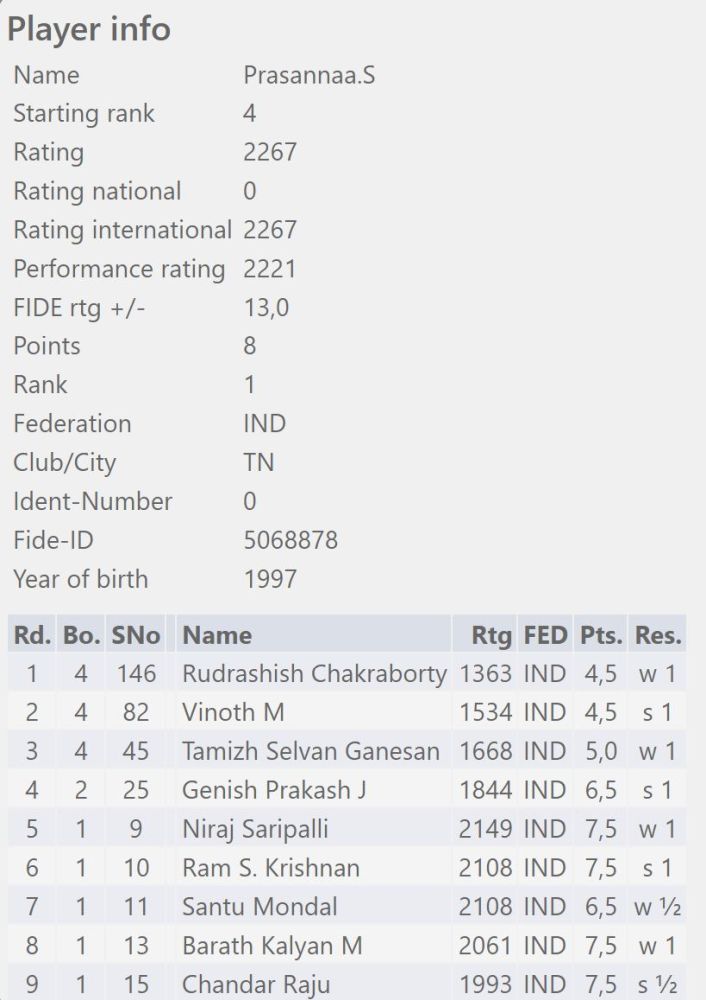 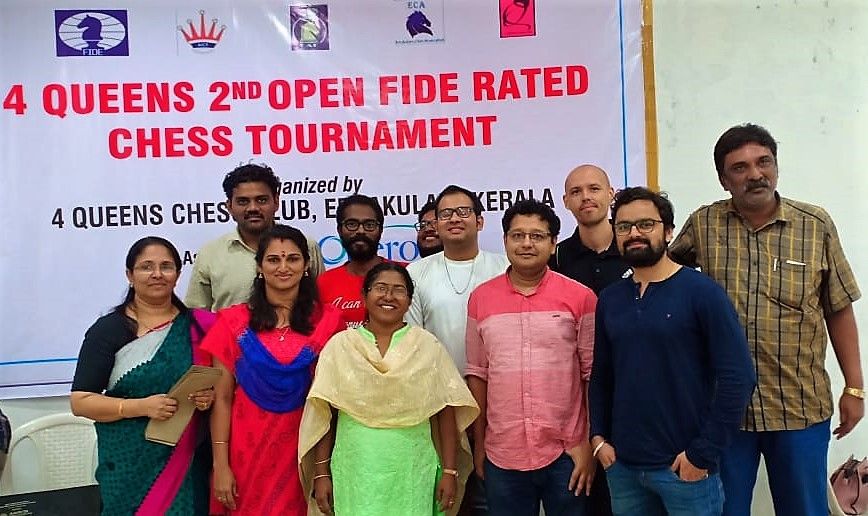 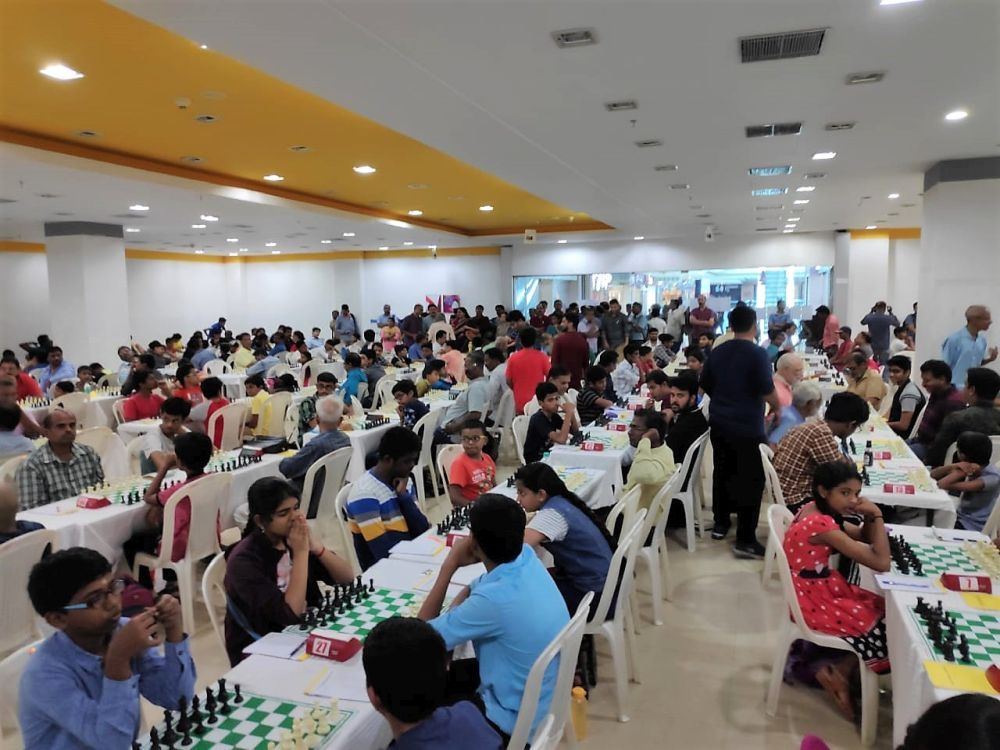 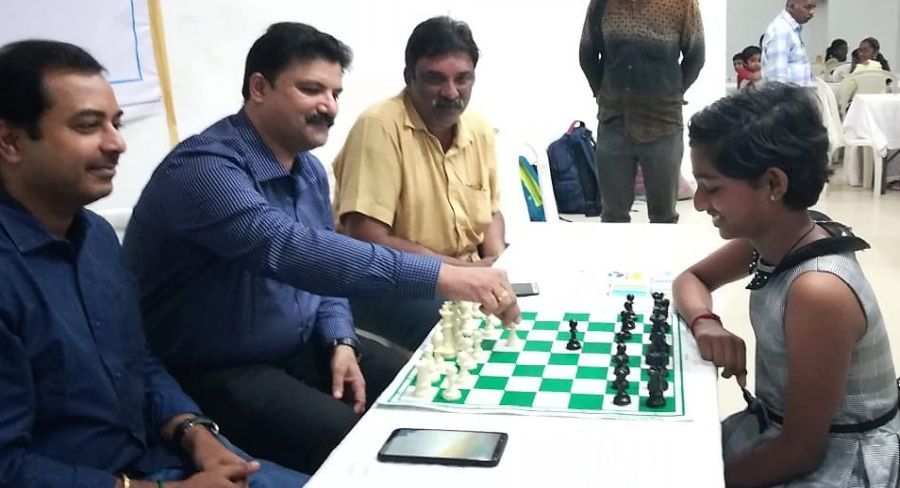 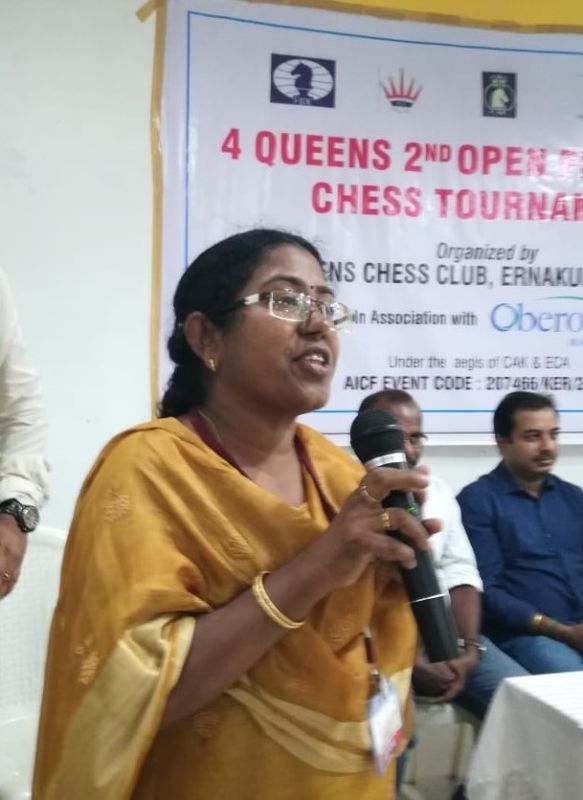 In the year 2017, there were very little FIDE Rated tournaments in Kerala and after getting fed up of taking children to far away places for tournaments, the founding club members had a brainstorm of conducting chess tournaments here at Ernakulam. With the enthusiasm of new comers they took up the task of two chess tournaments and conducted their first FIDE Rated Tournament in May 2018.