Top seed of the tournament, Hrithickkesh P R, scored 8.0/9 and finished a half point ahead of the competition to win 5th Adith Paulson Memorial Don Bosco Rating Open 2021. Three players - Marthandan K U, Chandar Raju and 40th seed Aadithya Pradeep scored 7.5/9 each. They were placed second to fourth according to tie-breaks. The tournament had a total prize fund of ₹300000 with the first prize being ₹30000 cash, ₹20000 for second and ₹15000 for third. This is Hrithickkesh's first All India Open triumph since 2017. It was the first FIDE rating tournament to take place in Kerala since the Covid-19 pandemic began. Photo: FA Peter Joseph

Marthandan K U and Aadithya Pradeep are the only two players to remain undefeated among the top ten finishers. 11-year-old Goutham Krishna H scored an impressive 7.0/9 to secure sixth place. His only blemish was in the final round against the eventual champion, Hrithickkesh P R. 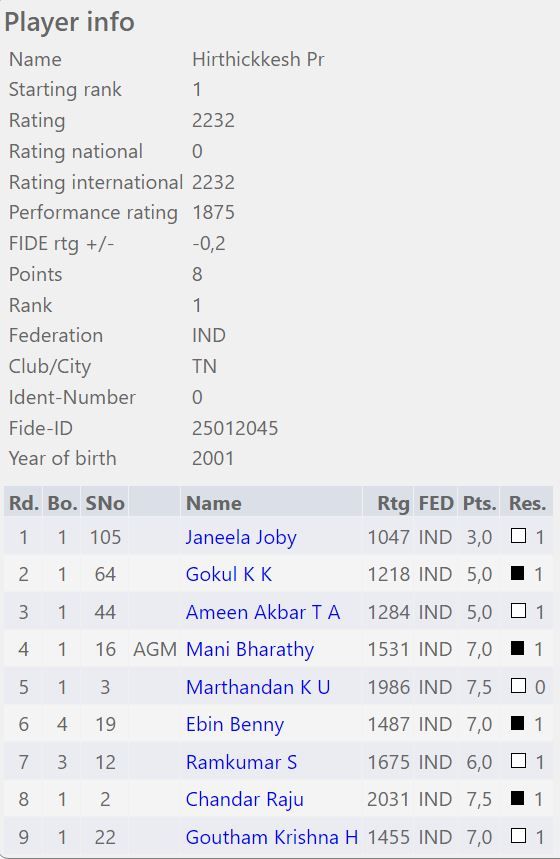 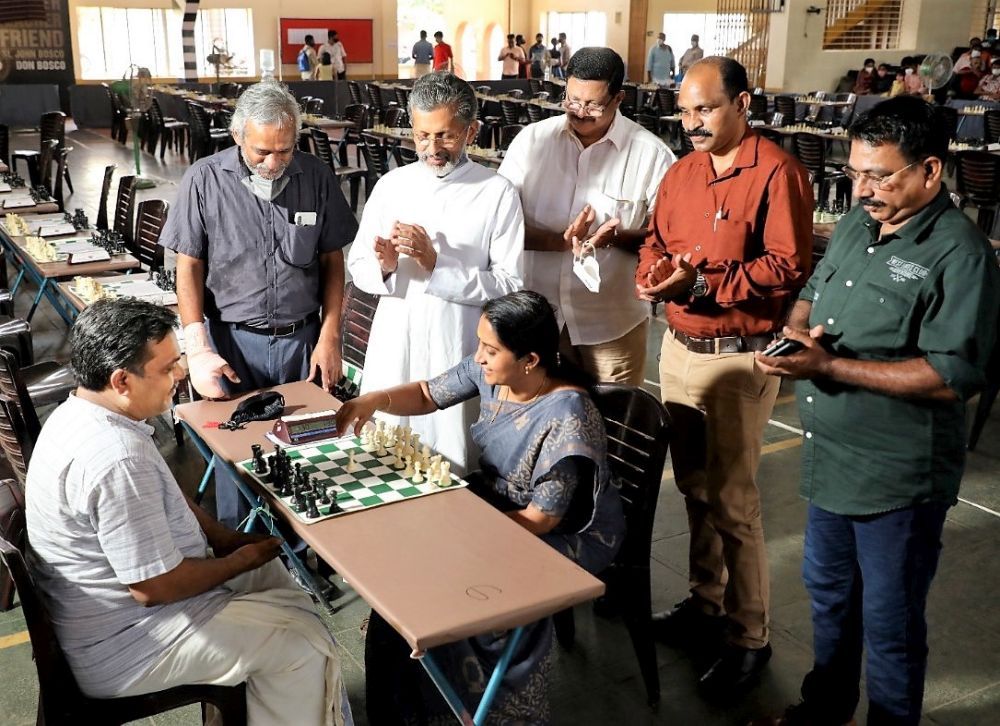 Inaugural moves are being made | Photo: FA Peter Joseph 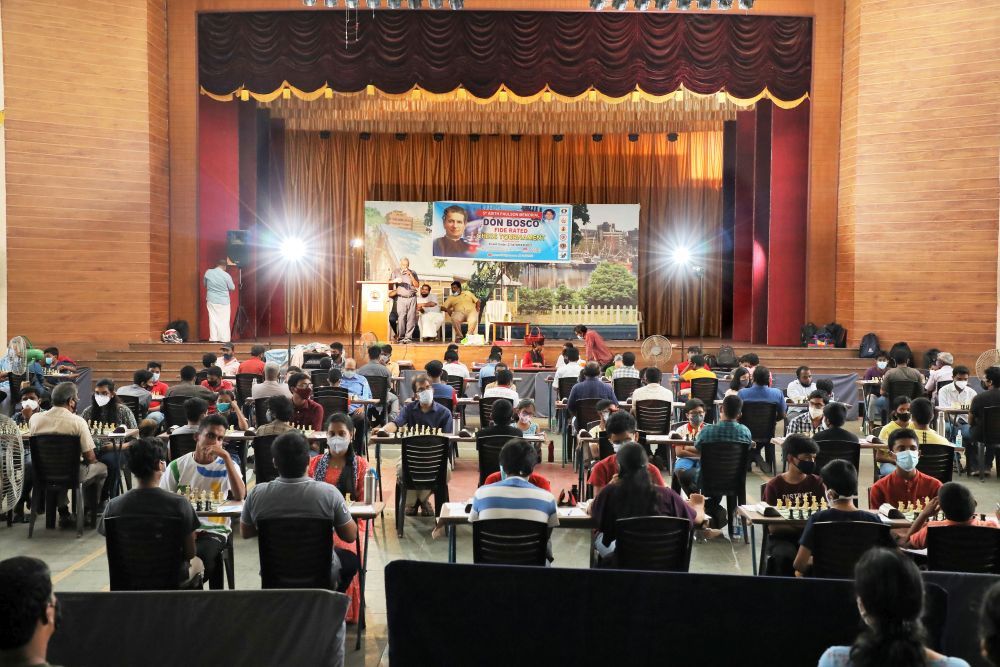 The tournament was organized by Don Bosco Youth Centre in coordination with Thrissur Chess Academy from 27th and 31st December 2021 at Don Bosco School Irinjalakuda, Kerala. A total of 203 players took part in this nine-round Swiss league Rating tournament which had a time control of 90 minutes + 30 seconds increment from move no.1.