32nd National under 9 round 7: Ilamparthi and Indira in sole lead

Ilamparthi A R and Indira Priyadharshini Subbu maintain sole lead with a perfect score of 7.0/7 after winning their 7th round game in 32nd National under 9 being held in Ranchi, Jharkhand. Top seed in the open category, Ilamparthi A R is the 7th highest rated player in the world in under 9 age category. A staggering 424 players comprising of 273 boys and 151 girls are taking part in this event. Total 2 lacs prize money is up for grabs consisting of 1 lakh in each category. In this report we bring photos, video and games from round 7 of the tournament. Photos: Shahid Ahmed

Ilamparthi and Indira remain undefeated at the conclusion of round 7 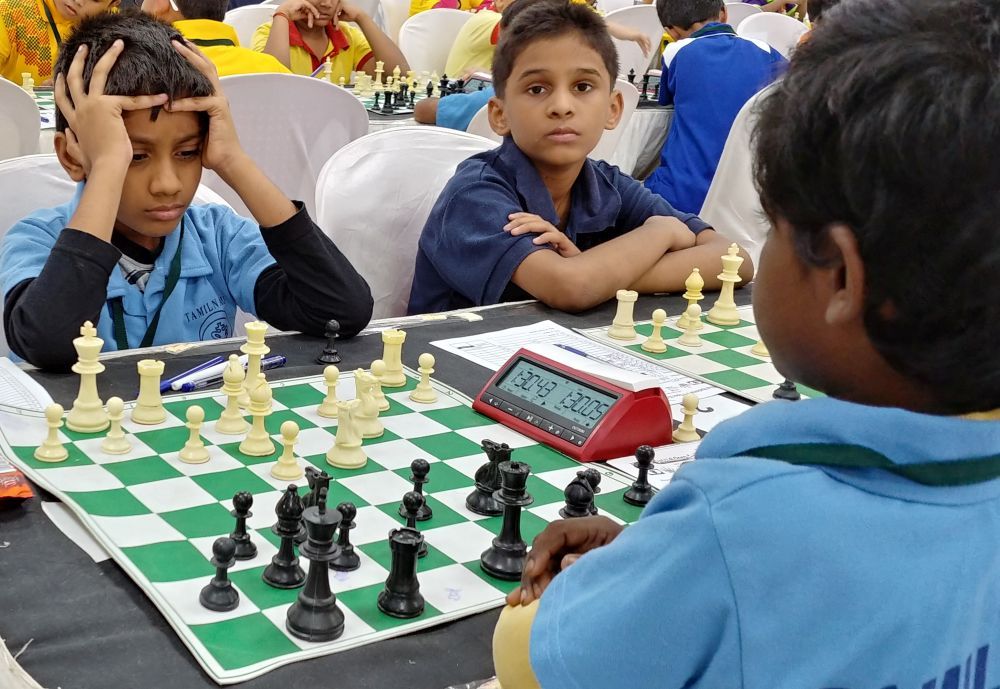 Focused Ilamparthi en route his victory in the 7th round 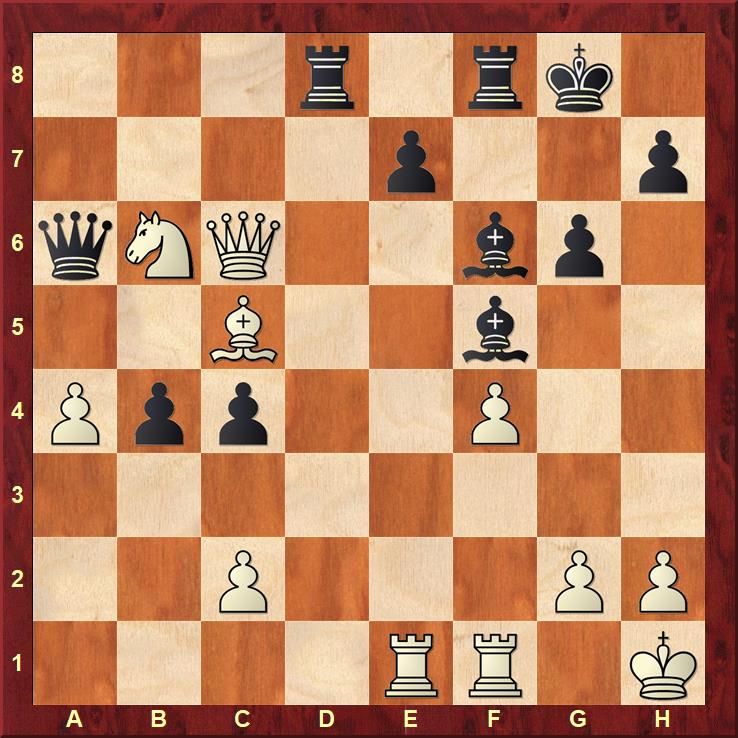 Ilamparthi was completely lost after 28.Qxc6. Aakash managed to capitalize but could not hold the advantage as he blundered

Despite getting advantage in the middle game, Ilamparthi A R made a huge blunder which his opponent managed to identify. However it was not Aakash's day as he missed a wonderful winning opportunity which would have pummeled him into the championship fray. Both hails from the same state of Tamil Nadu. 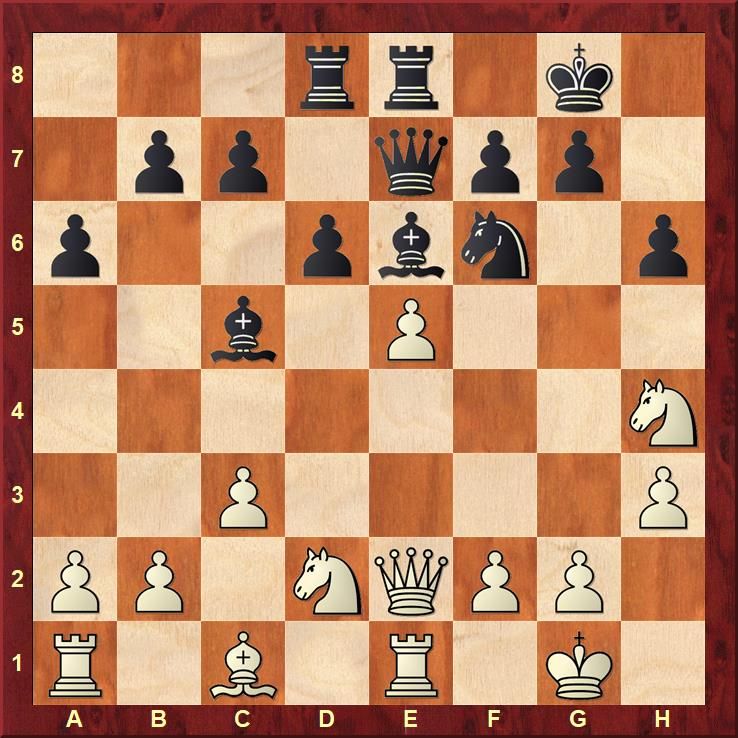 In an already terrible position, Manasvi played 17.e5 which made things worse for her 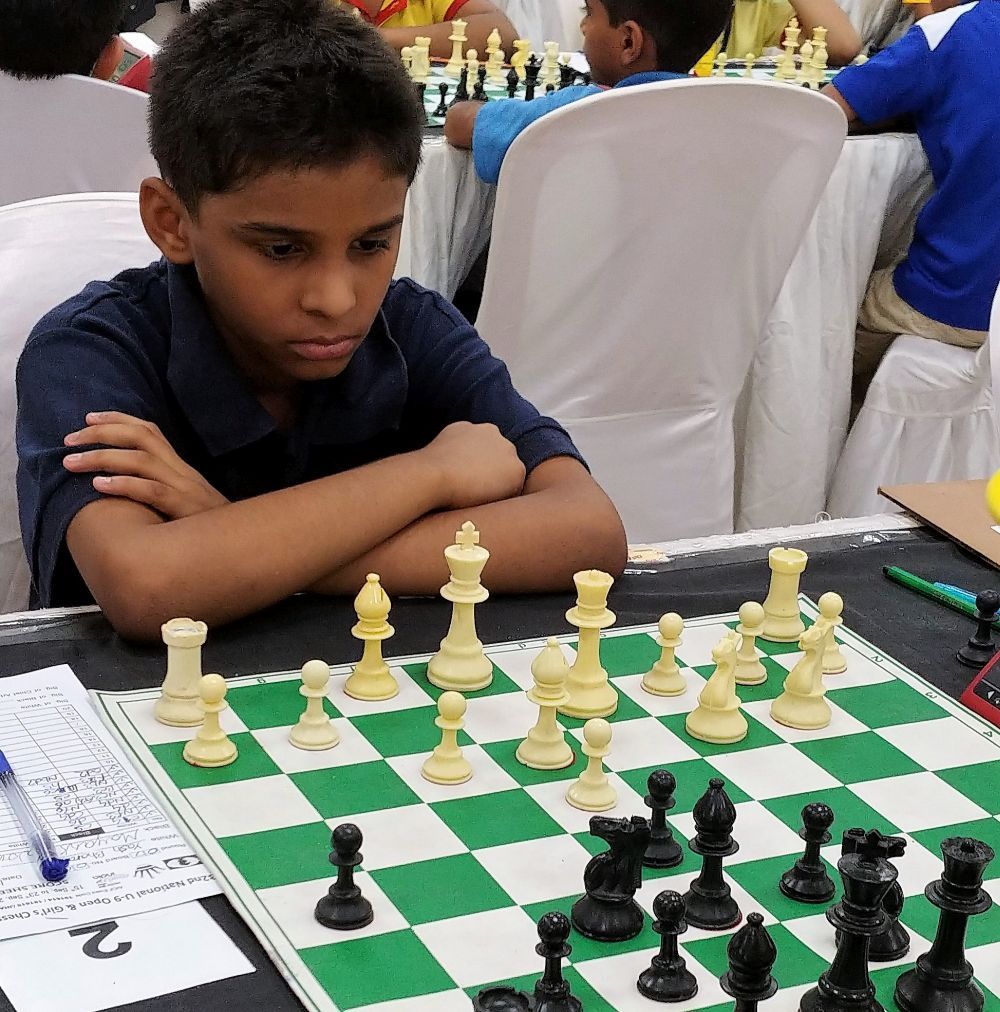 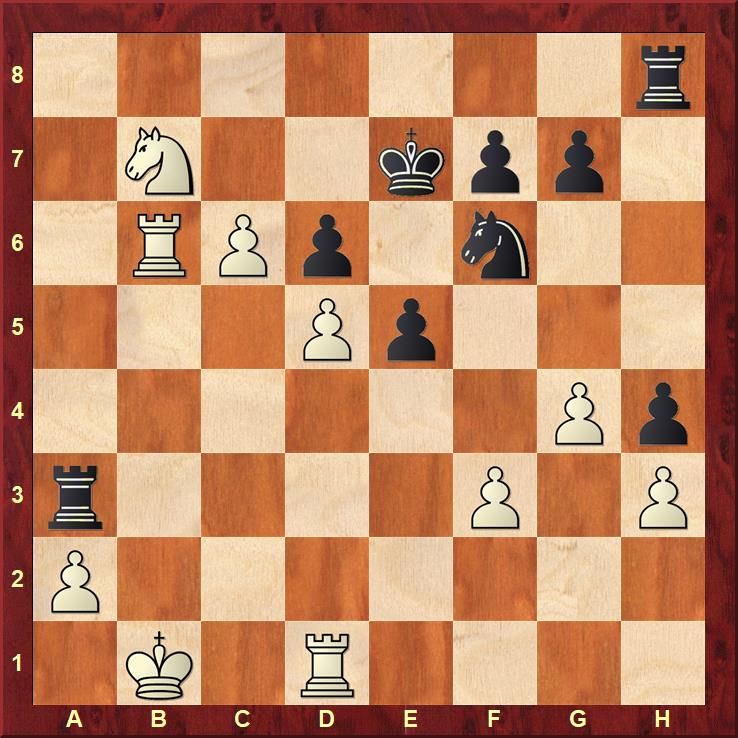 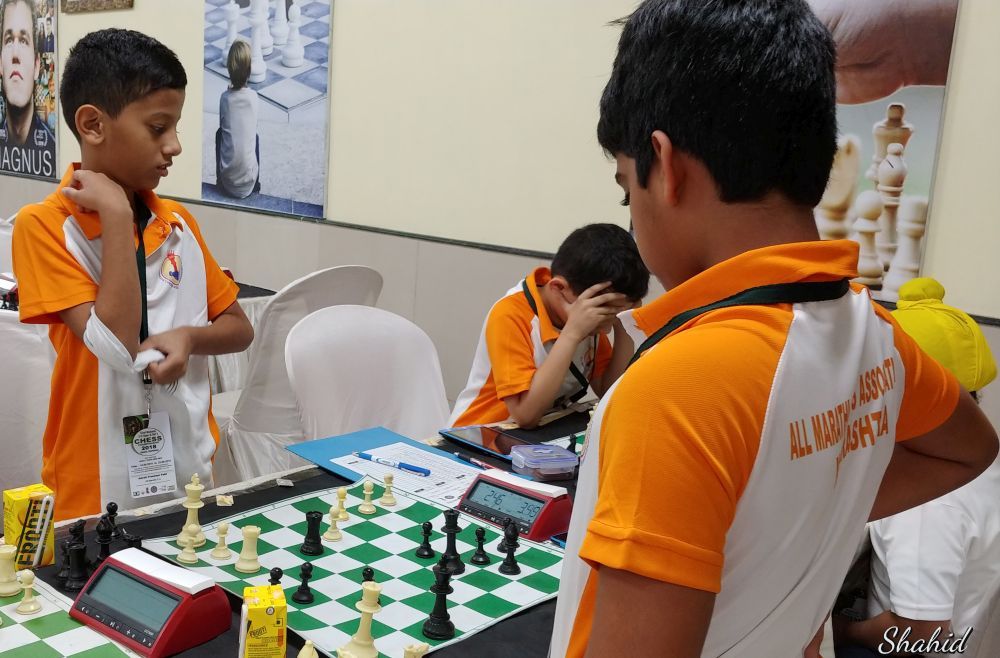 It's Maharashtra vs. Maharashtra: Advait realized that draw is the maximum that can be attained in the final position but... 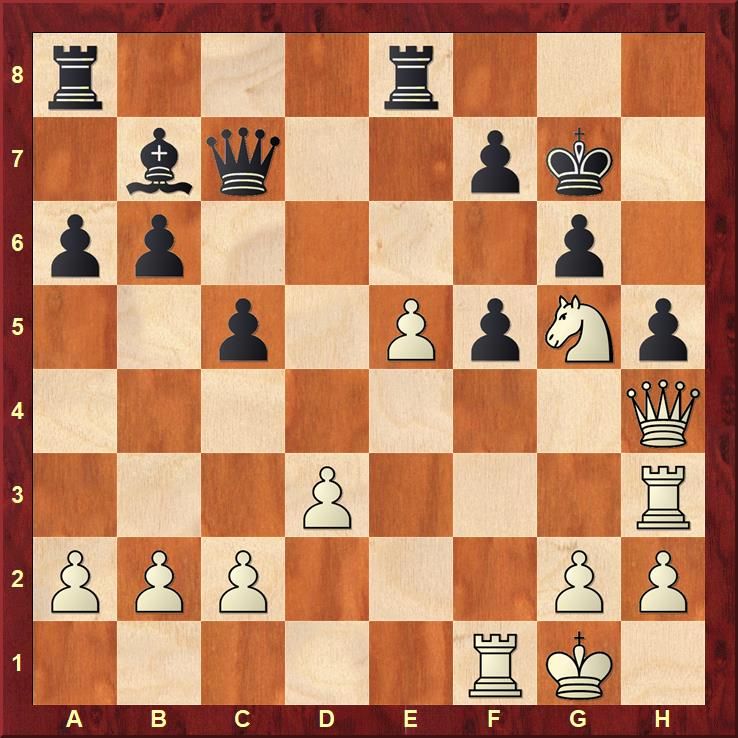 ...before that Advait missed a brilliant combination against his state buddy Kush. Can you find out what did he miss?

In a game where momentum kept shifting often, Palak of Odisha got the better of Pournami of Kerala 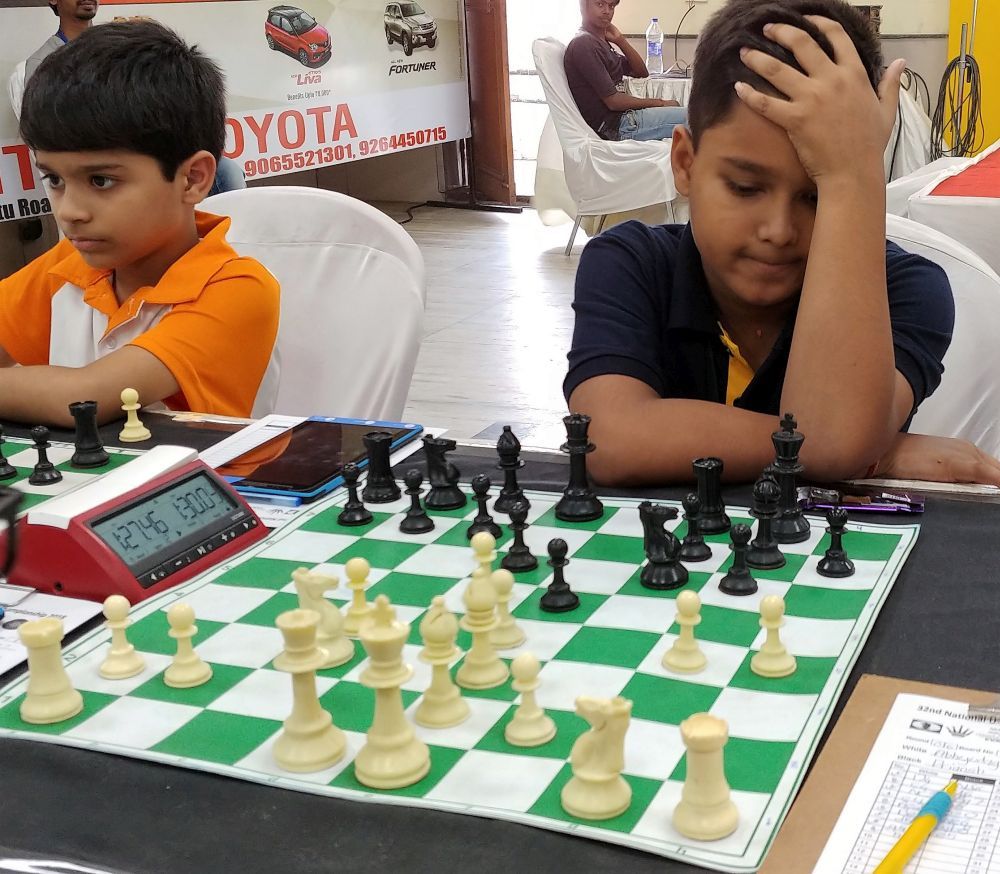 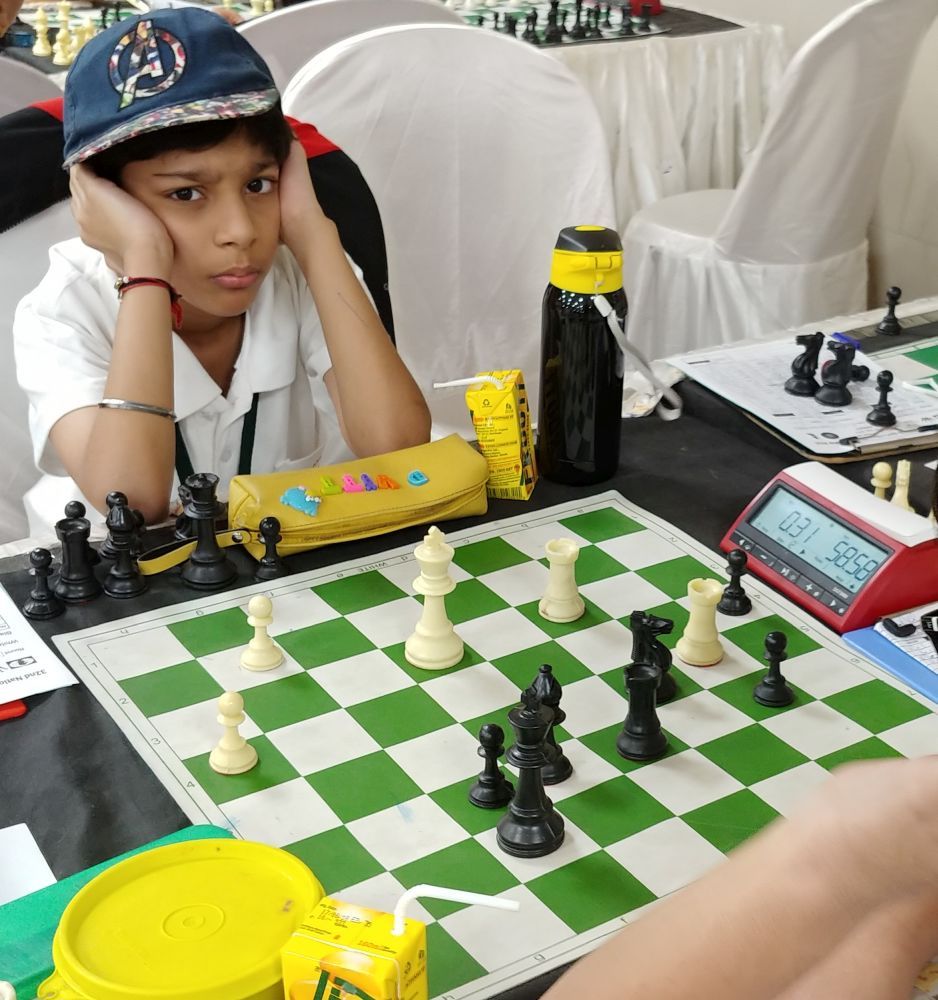 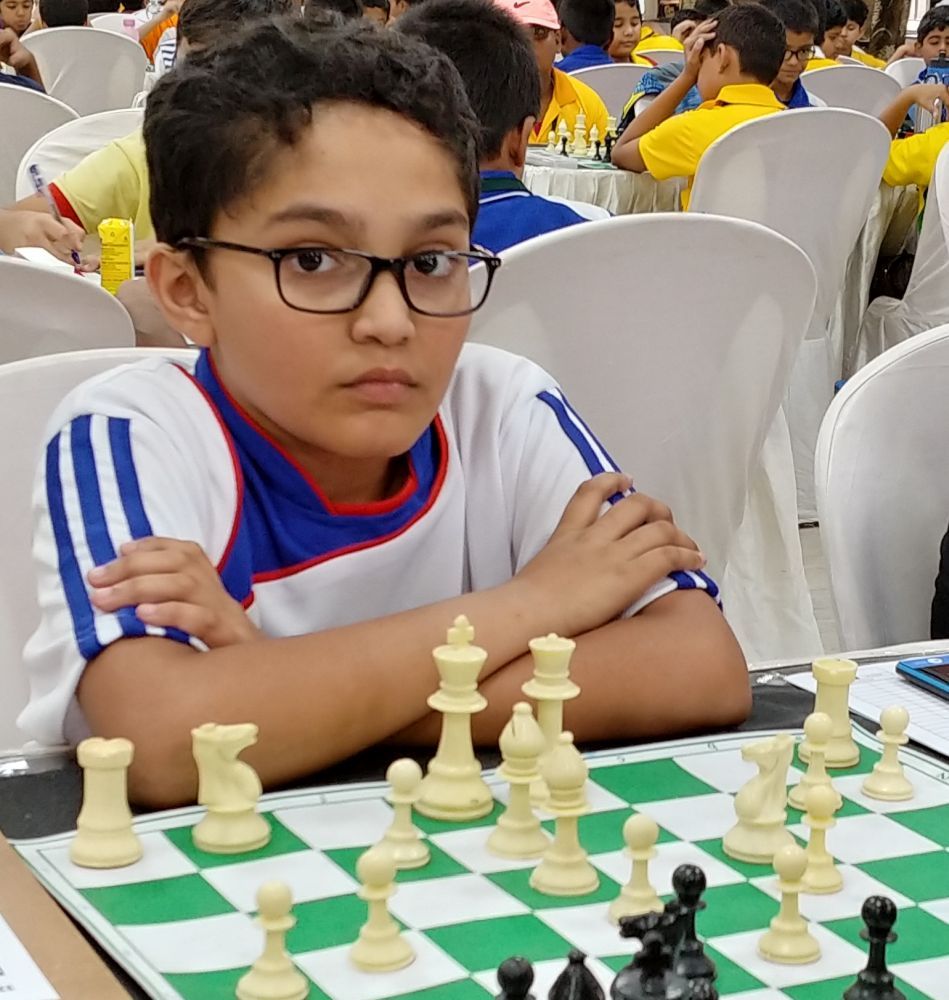 Poised does not necessarily mean that you cannot pose 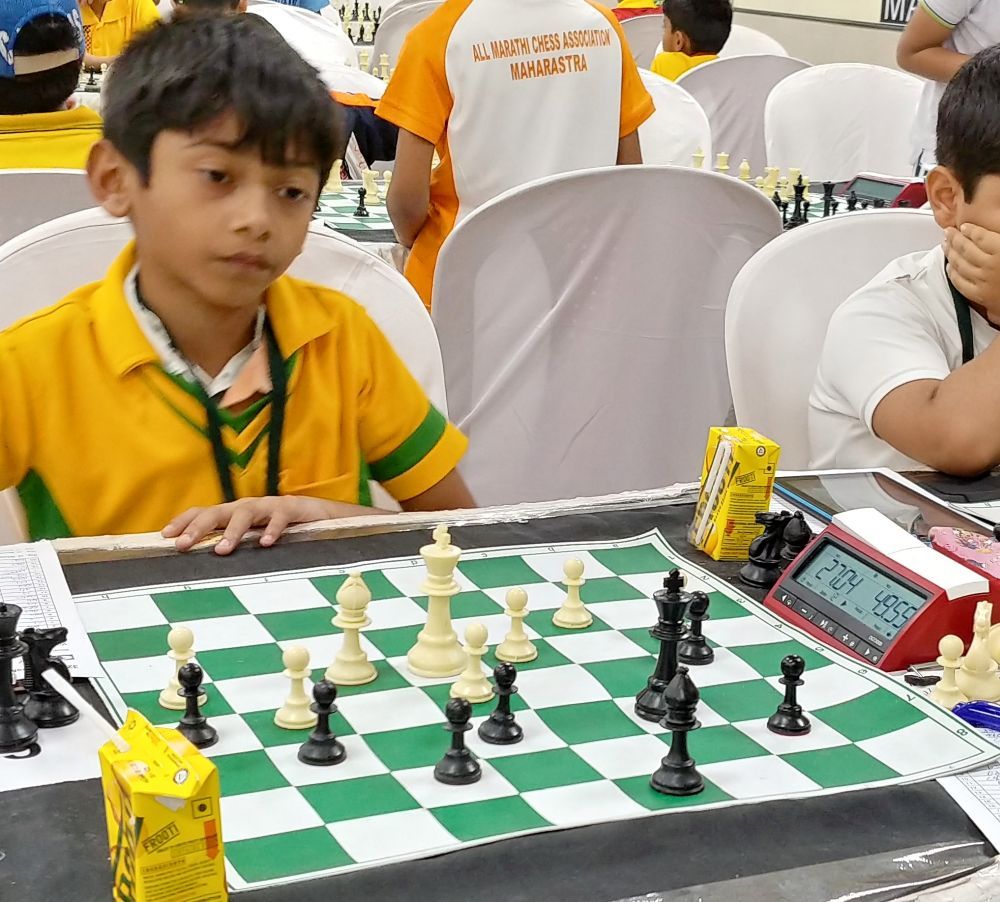 Do you really want to continue this? 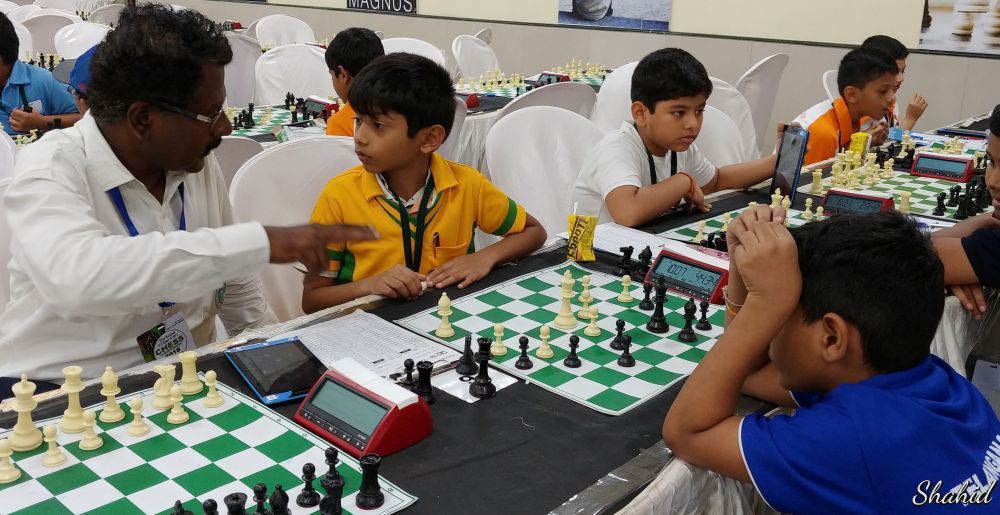 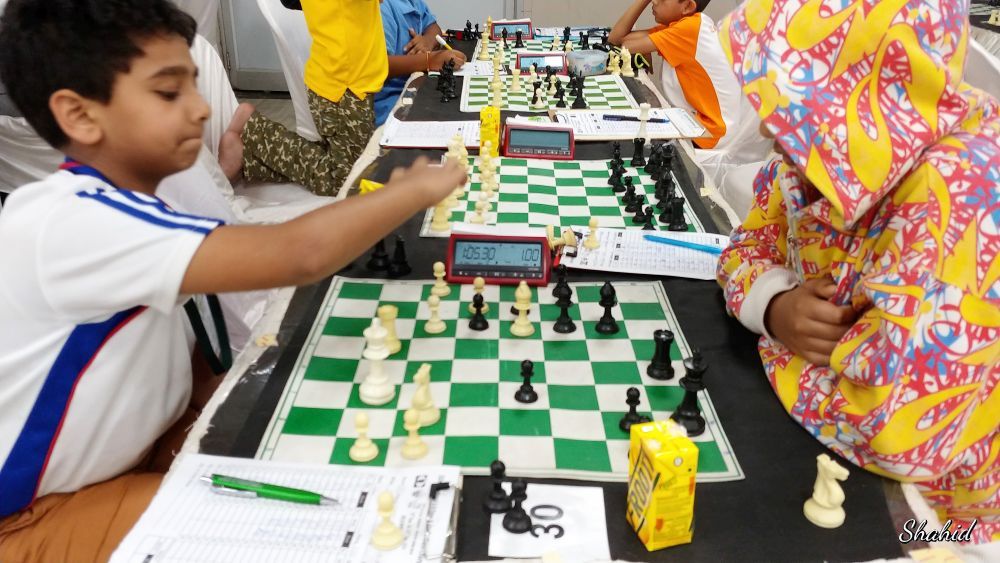 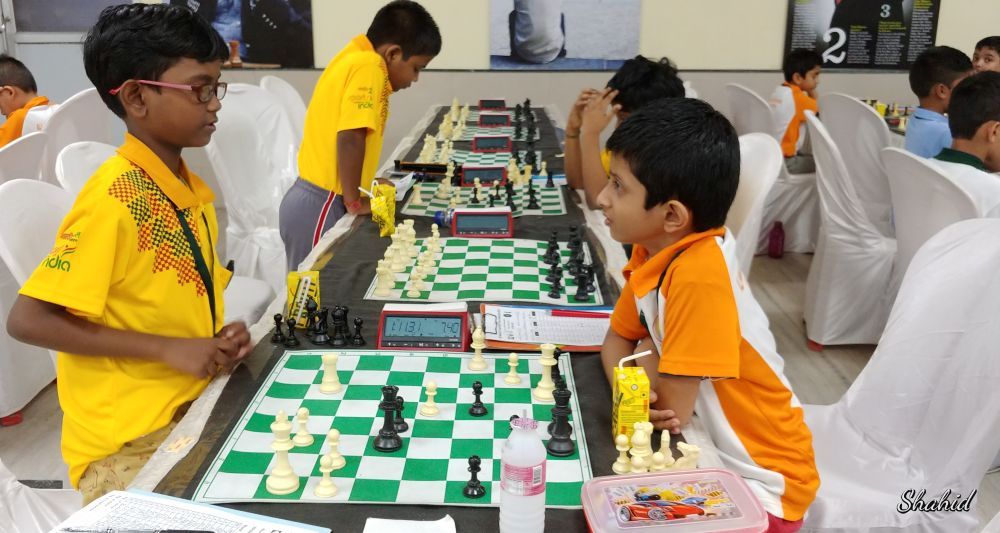 The small wonders need to stand to reach them all 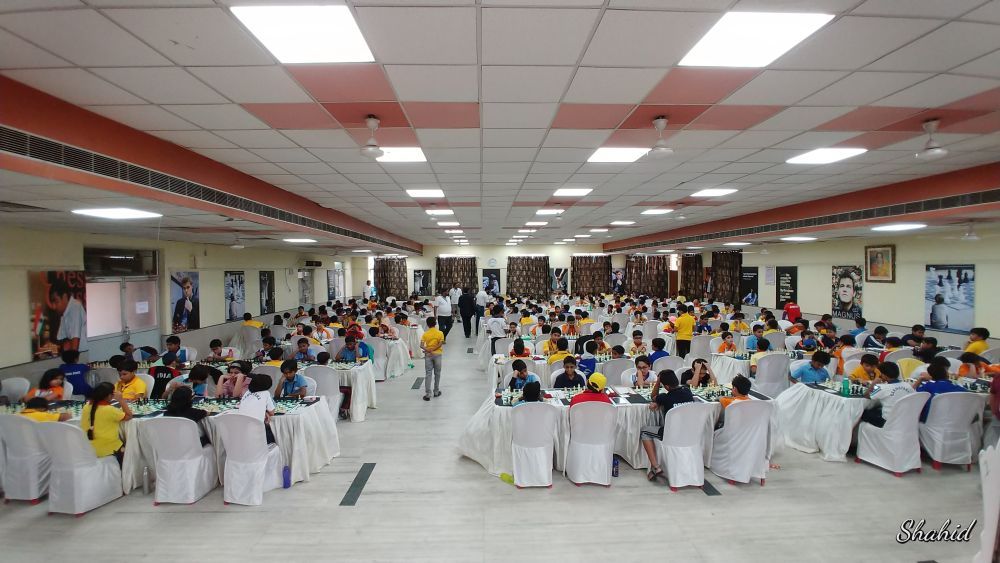 Tounament Hall 1: It is full of Carlsen and Anand's posters and inspirational quotes 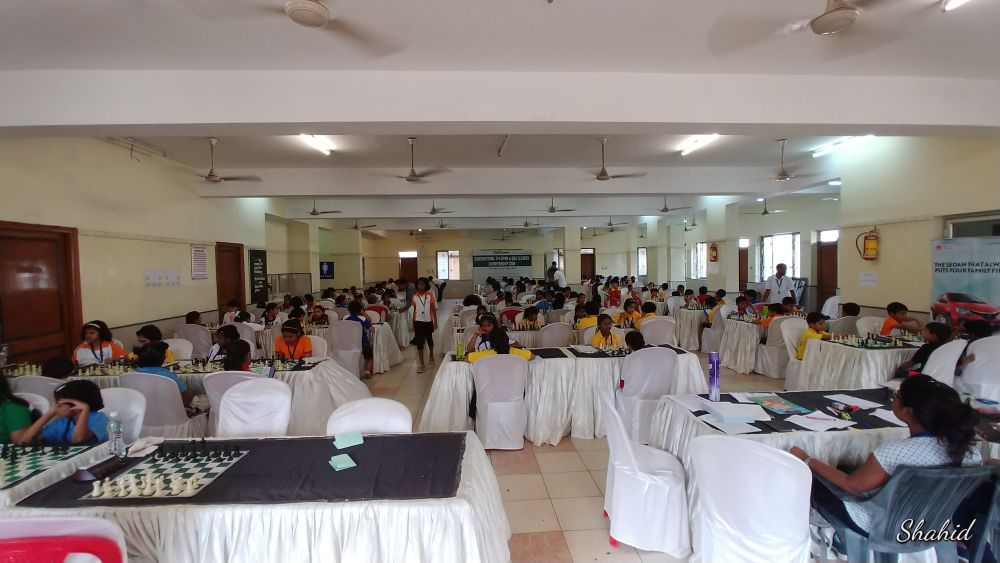 Tournament Hall 2: It is full of posters and quotes just like Hall 1
Final moments: Ilamparthi A R maintains sole lead by defeating state mate Aakash G in the 7th round of 32nd National under 9

Results of Round 7 in Open category

Results of Round 7 in Girls category