Maxime Vachier-Lagrave has won the Sinquefield Cup 2021 by making a draw in the final round against Mamedyarov. He became the first beaten champion since the tournament became a part of Grand Chess Tour in 2015. Starting out the season at a tied last place finish in Bucharest, Romania due to health reasons, the Frenchman made quite a comeback by winning the last two events and finishing overall second in the entire season with 35 points. As mentioned yesterday, Wesley So won the Grand Chess Tour 2021 scoring 36.6 points, Mamedyarov was placed third 26.5 points. Caruana, So and Leinier finished tied second in the Sinquefield Cup scoring 5.5/9 each respectively. Photo: Lennart Ootes/Grand Chess Tour

Vachier-Lagrave won his second consecutive Grand Chess Tour event in this year after winning Croatia Rapid and Blitz 2021 last month. This was also his second triumph at the Sinquefield Cup since 2017 with an exact same score of 6.0/9. He is the only player to have won the event clear first twice. Carlsen, Caruana and Aronian have also won two each, but one of their win is in a three-way tie in 2018. This triumph also brought MVL back in the World top ten and once again France no.1. 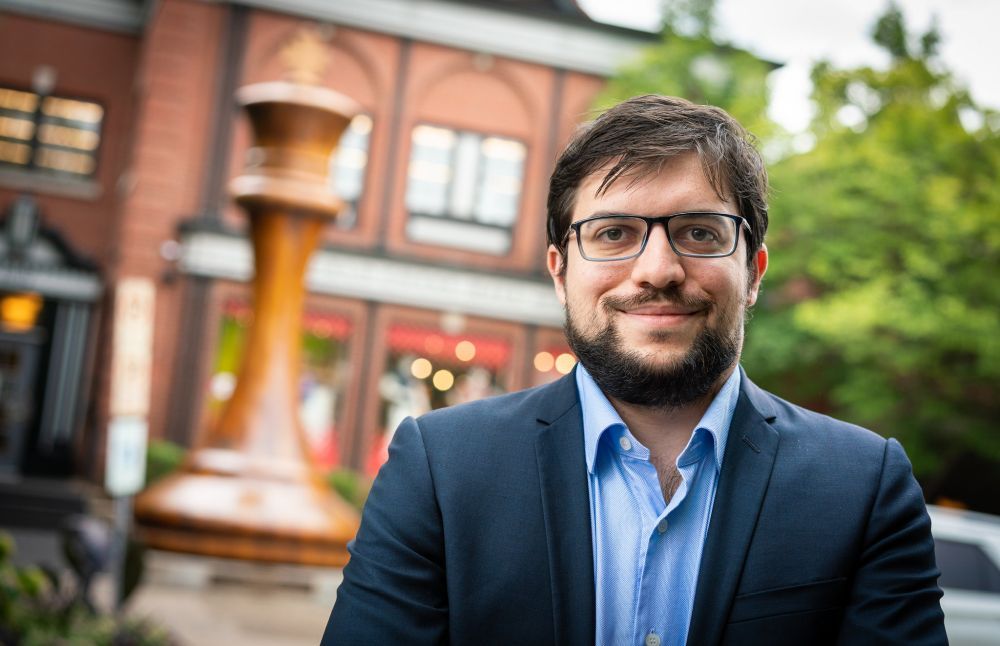 "It is especially as I had a tough year in general. I have been putting my play back together basically since July. My play, my results have improved and here is the culmination of all the efforts I made to get back in good shape." Vachier-Lagrave on how sweet it was to win the Sinquefield Cup 2021. 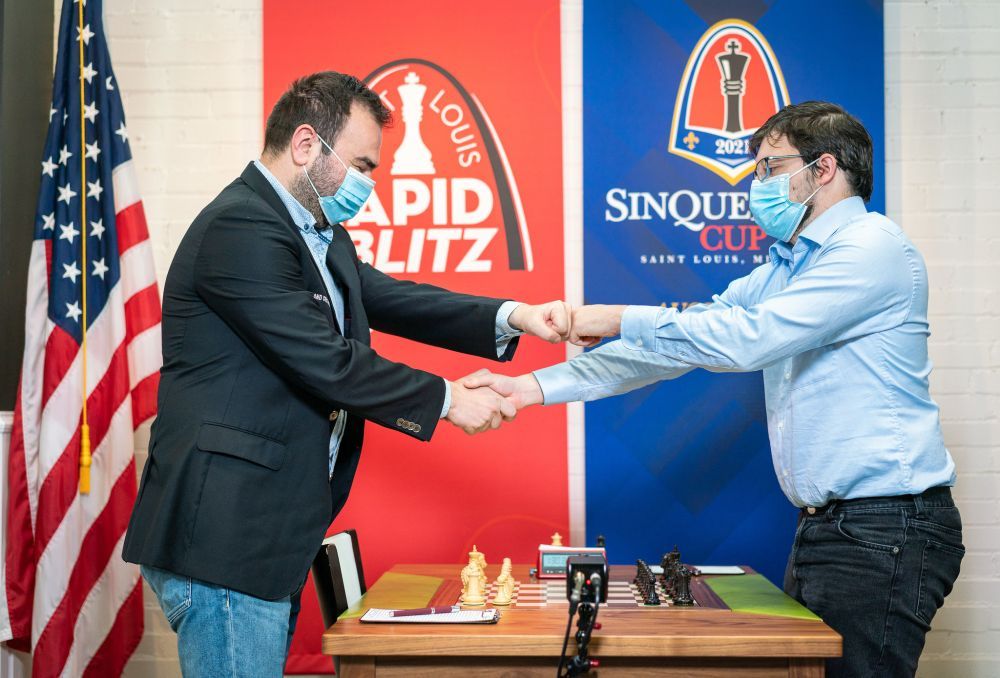 Mamedyarov and Vachier-Lagrave had a theoretical draw in the Grunfeld | Photo: Lennart Ootes/Grand Chess Tour

Svidler got a decent advantage out of the opening, but it dwindled away eventually. 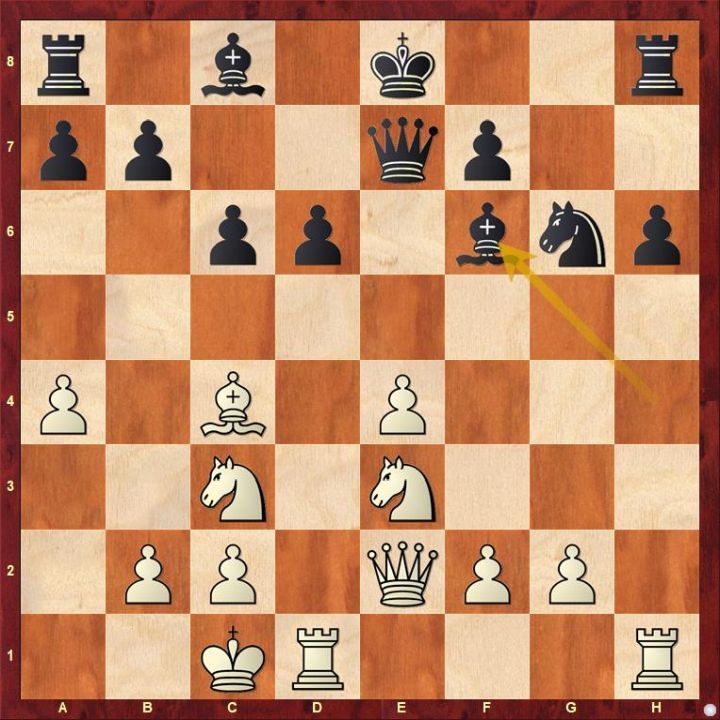 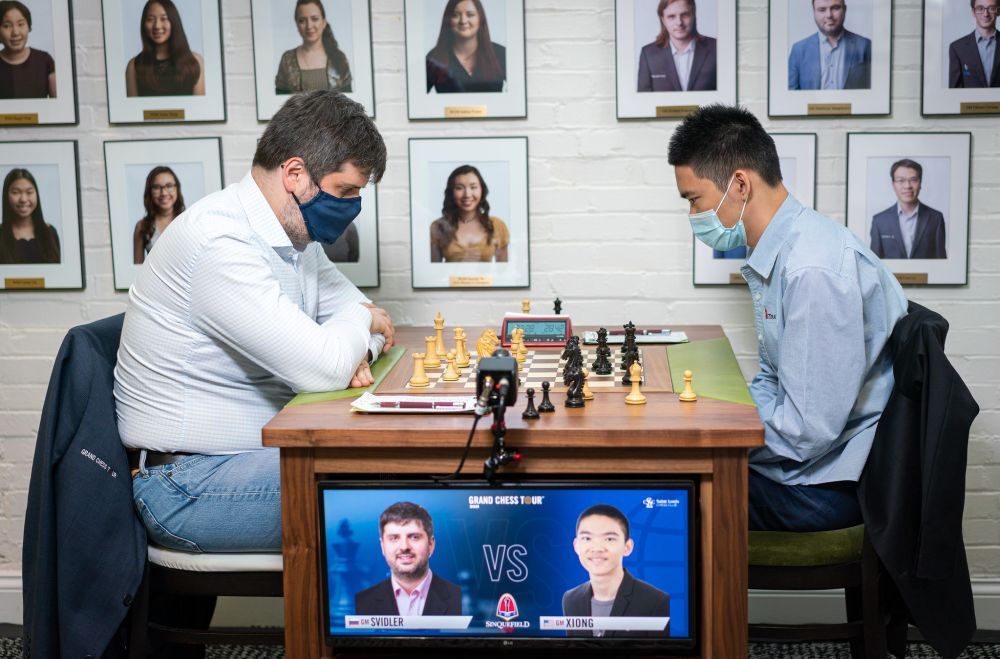 Rapport had a good grip in the position until he allowed Caruana to get back in the middlegame. 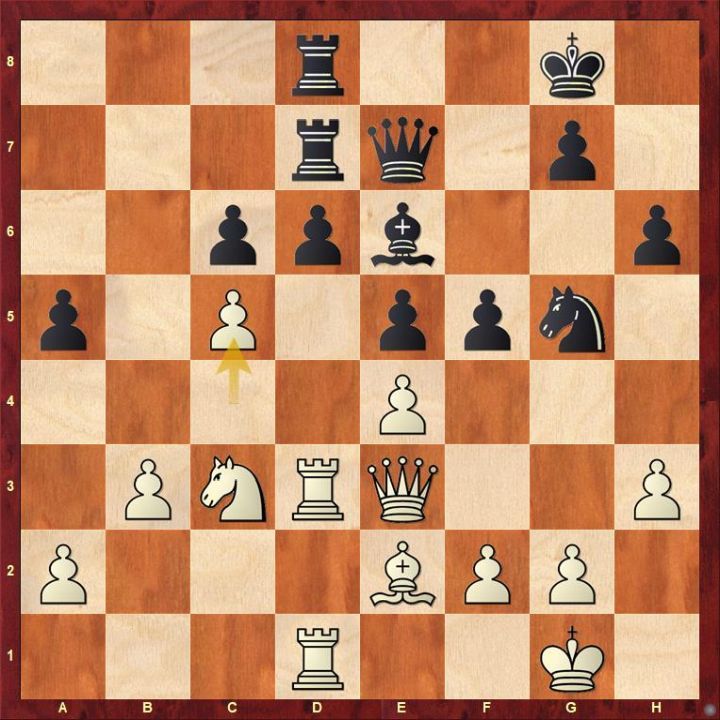 25.c5 allowed Black to generate some counterplay 25...d5. Instead, 25.h4 or Bf3 would have been slightly more favorable for White. The game eventually ended in an interesting double rook endgame draw. 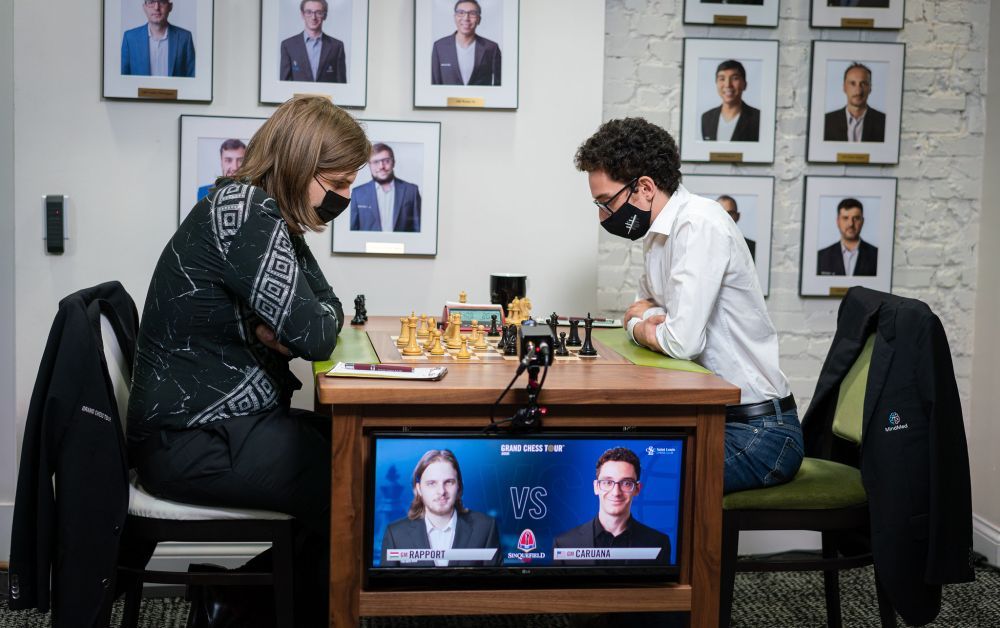 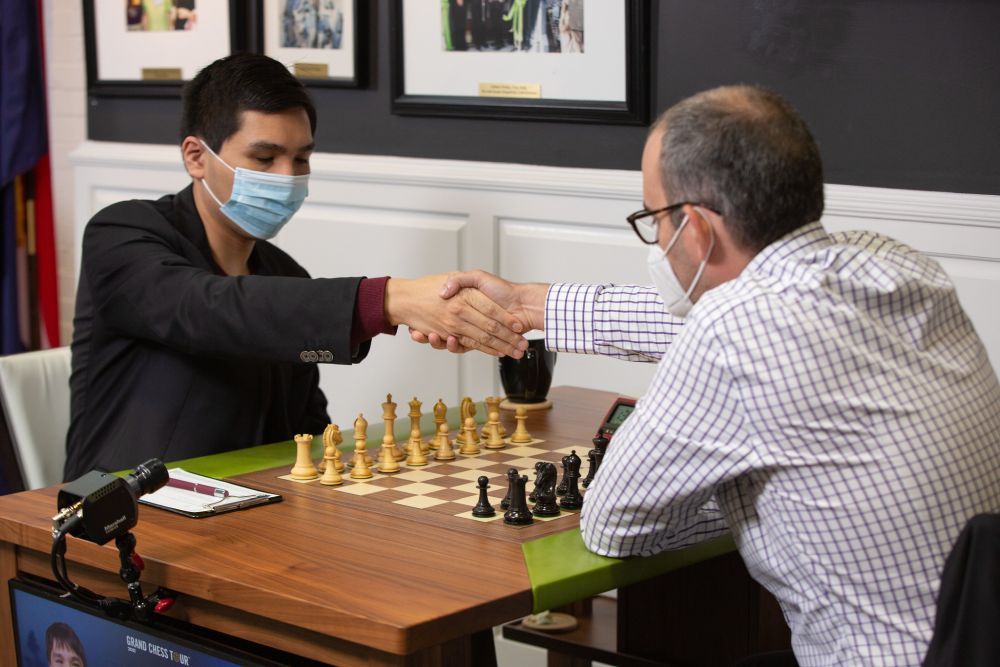 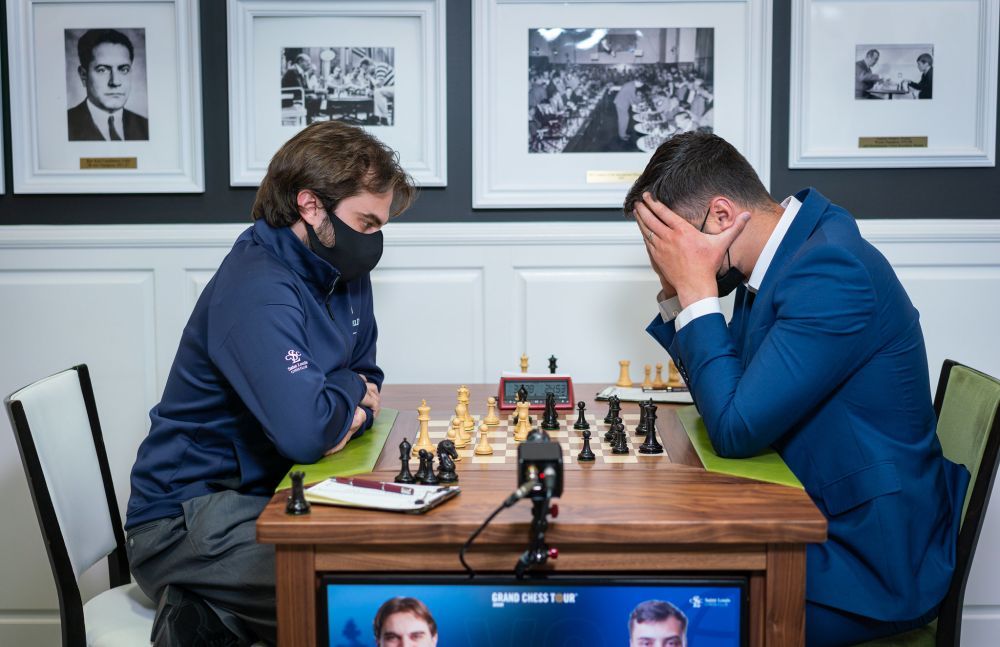 Last round also had all draws | Photo: Grand Chess Tour 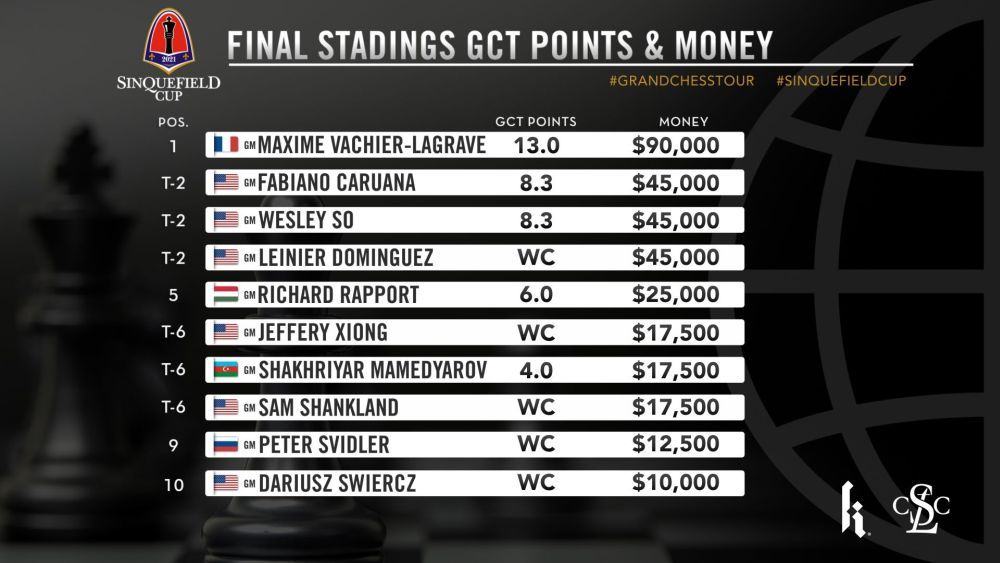