Hikaru Nakamura made an unfathomable comeback to over-the-board chess as he destroyed the field of world-class players and won Saint Louis Rapid and Blitz 2021, with three rounds to spare as a wild card. He remained undefeated throughout the event, and it could be the first time a wild card entrant remained undefeated and won a Grand Chess Tour event. Nakamura himself claimed that he is a streamer first and chess player second. The 'Speed King' has inspired countless people and brought mainstream attention to chess, many people have often imitated and tried to walk on his path of success, but his triumphant return will remain difficult to be duplicated by anyone for a very long time. Caruana and Rapport secured second and third places. Photo: Lennart Ootes/Grand Chess Tour

Nakamura has not played an over-the-board tournament for almost 18 months and he won the Saint Louis Rapid and Blitz 2021 as a Wild Card entrant which has not happened in this season. He has already mentioned on his channel why he did not sign a contract for this season. "No regrets at all. I said it before. I stream most time, it's what I do primarily these days, so not regretting it at all and I have other big events coming up, so I am looking forward to everything else." Nakamura answering whether he has any regrets on not signing as a full tour player in this season of Grand Chess Tour.

"I think it's pretty simple, I am bit of an enigma because obviously I have been streaming a lot, of course primarily it's chess I am streaming but I think the fact that I have been streaming so much most people don't really know whether I am studying chess not studying chess how serious I am or not serious. So I think no one's really sure what to expect. In this event certainly I just thought I played very well, and I think main reason for that is because as I have said before, I consider myself a streamer first chess player second and I feel absolutely zero pressure. Maybe towards the end I was a little bit unhappy because of course this plus six score on blitz, I lost something like 16 points, and you know Magnus made some ridiculous tweet about it, but you know overall I would say that it was just the fact that I was relaxed throughout and just very chill. It didn't matter if I won or lost..." - Nakamura on his performance in this event. 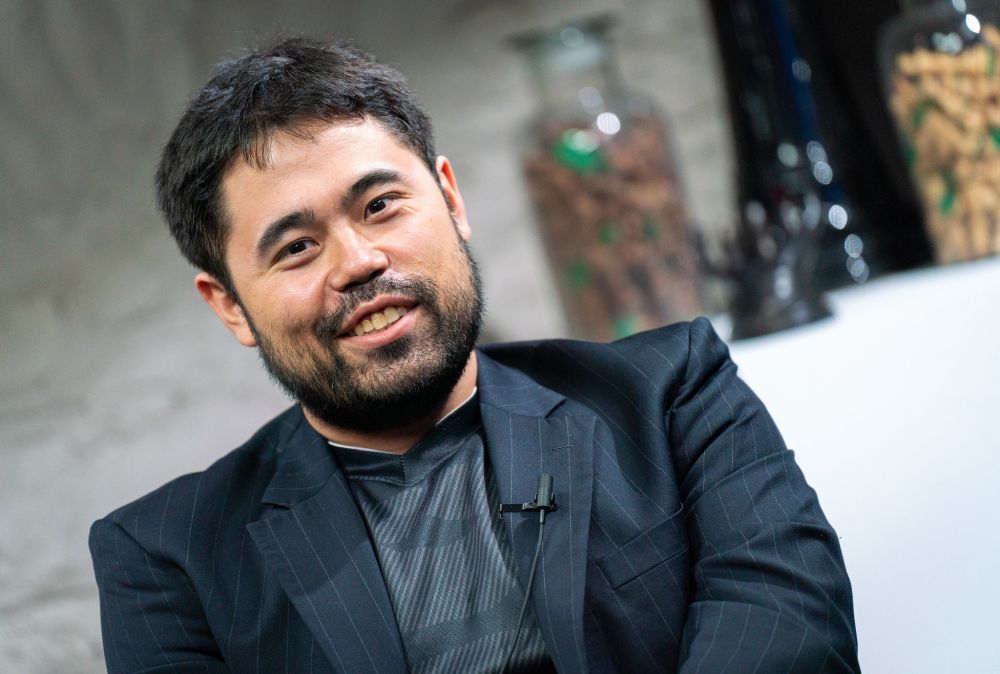 Streaming is a priority for Nakamura, playing tournaments is secondary, which was echoed in his tweet

Caruana got his sweet revenge of his loss in their first encounter of blitz, by a brilliant display of attack to jumpstart the day. 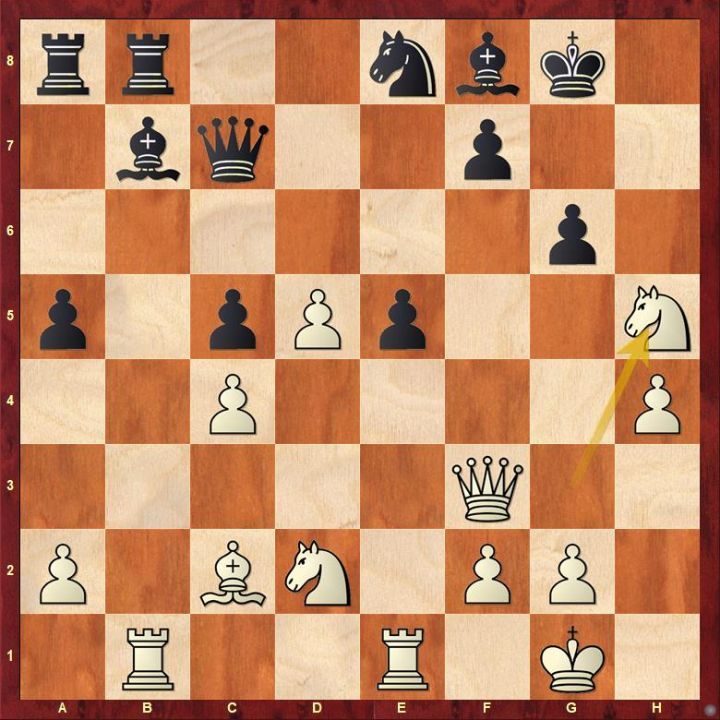 26.Nxh5 is a prelude to a beautiful attack and arguably one of the best game of the event. 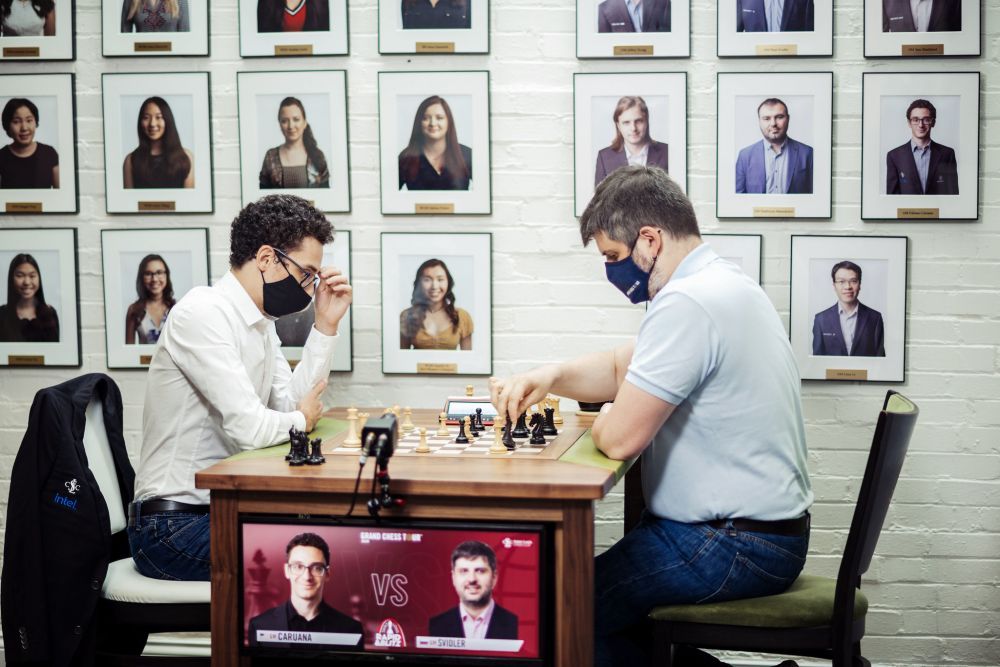 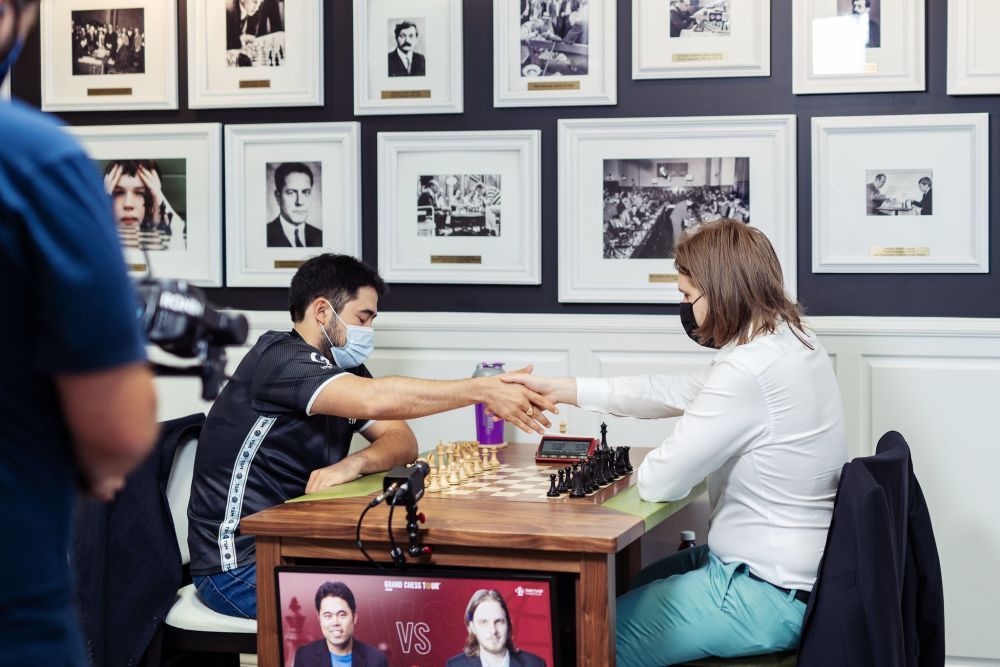 All three Nakamura-Rapport games in this event were drawn without a fight | Photo: Crystal Fuller/Grand Chess Tour

After blundering a rook against Shankland, Mamedyarov bounced back and outplayed So in the endgame to avenge his loss.

Nakamura got the better of Caruana once again as he won the second time since his victory in the Rapid. 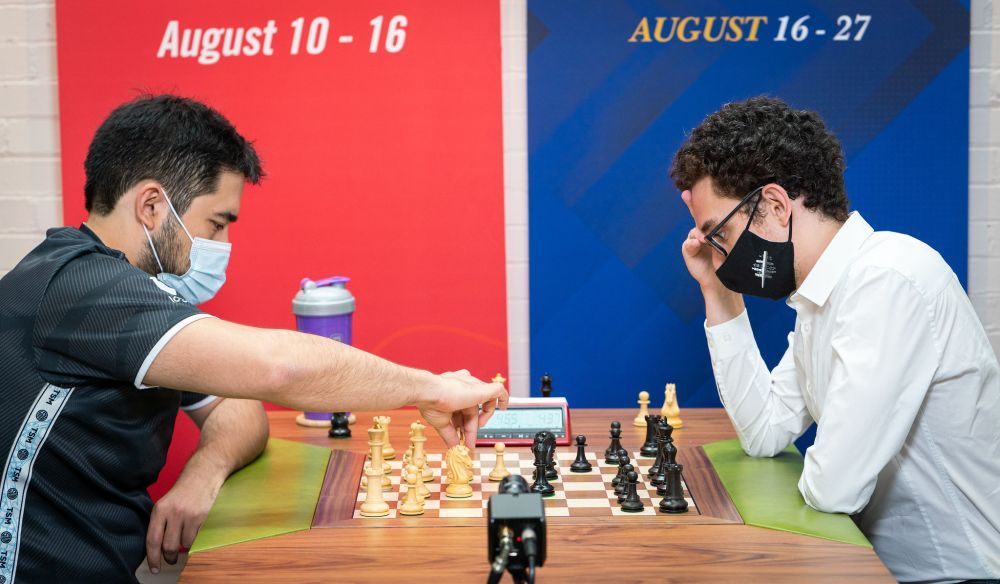 Caruana and Mamedyarov had the longest game of the tournament, a 170-move long draw which reached to an endgame only after the first twelve moves.

Nakamura drew with Svidler to win the tournament with three rounds to spare. It was an exciting game where the momentum kept shifting between both players. 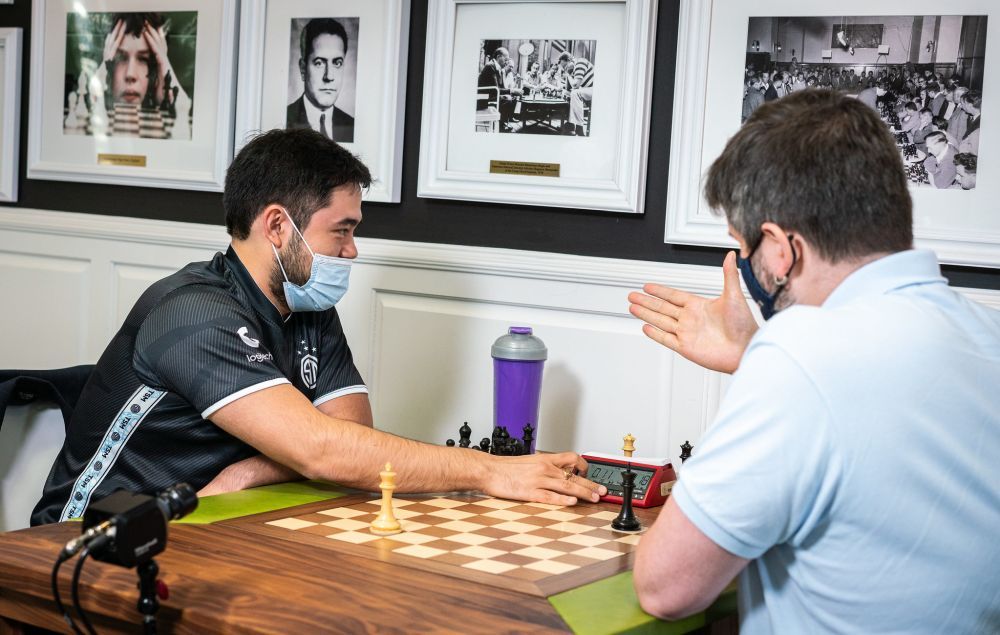 Rapport swindled Mamedyarov from a completely lost position after the former blundered. 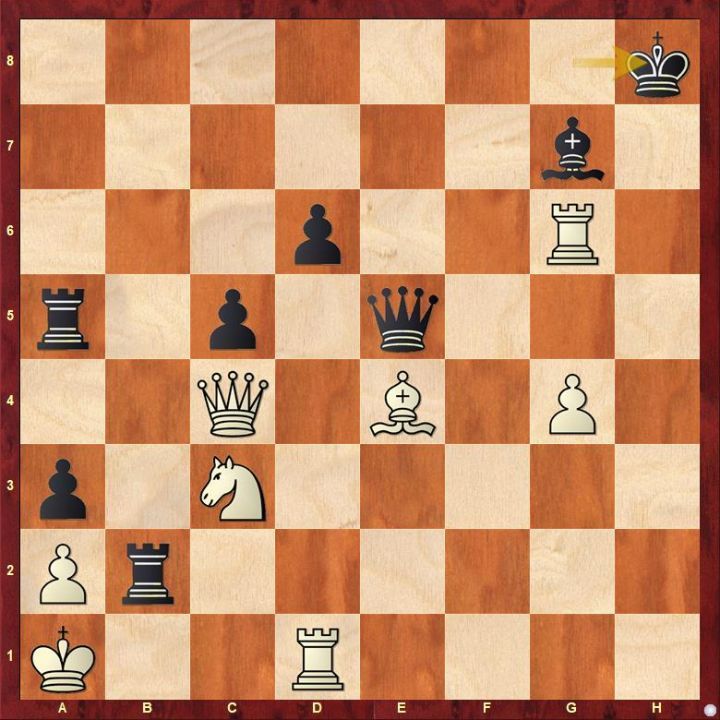 Find out the winning continuation for White. The game continued 37.Qf7 which is a blunder as White immediately loses the game because of the strong battery on the a1-g7 diagonal.

Final Standings after Blitz Round 18 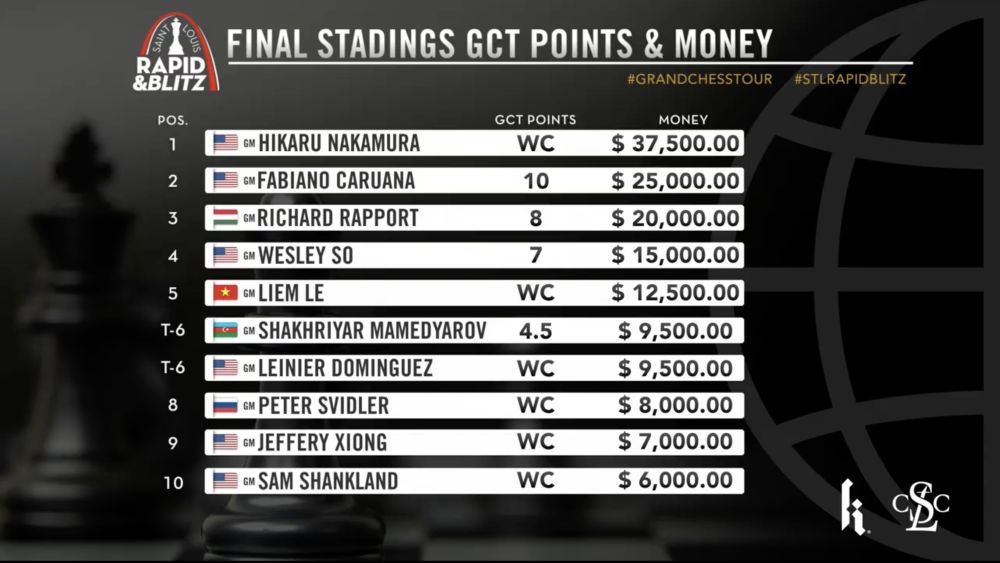