Nakamura could not have asked for a better way to conclude the Rapid part of the Saint Louis Rapid and Blitz 2021. He scored two victories over compatriots Leinier and Caruana. The second one proved to be significant as that handed the World no.2 his second loss of the day and Nakamura gained the sole lead 12.0/18 before the start of the Blitz. Rapport also had a great day as he beat Caruana and Xiong in consecutive games to tie for the second place with 11.0/18. Shankland's good day was spoiled by Xiong as the former blundered in the final moments of the game which was heading towards a draw. Nine rounds of Blitz games will be played today which starts tonight from 1:30 a.m. IST. Photo: Lennart Ootes/Grand Chess Tour

The third day of Saint Louis Rapid and Blitz 2021 witnessed the same number of decisive games as the first one. Nine out of 15, i.e. 60% games were decisive but most importantly, the points table had a major shakeup on the final day of the Rapid as Caruana got dethroned from the top. Nakamura and Rapport scored an identical 5.0/6.

Nakamura has taken a significant full point lead before the start of the Blitz event | Photo: Lennart Ootes/Grand Chess Tour

Caruana once again started his day with a loss in this event. Despite being better for the majority of the game, a fumble at the end cost him the game against Rapport. 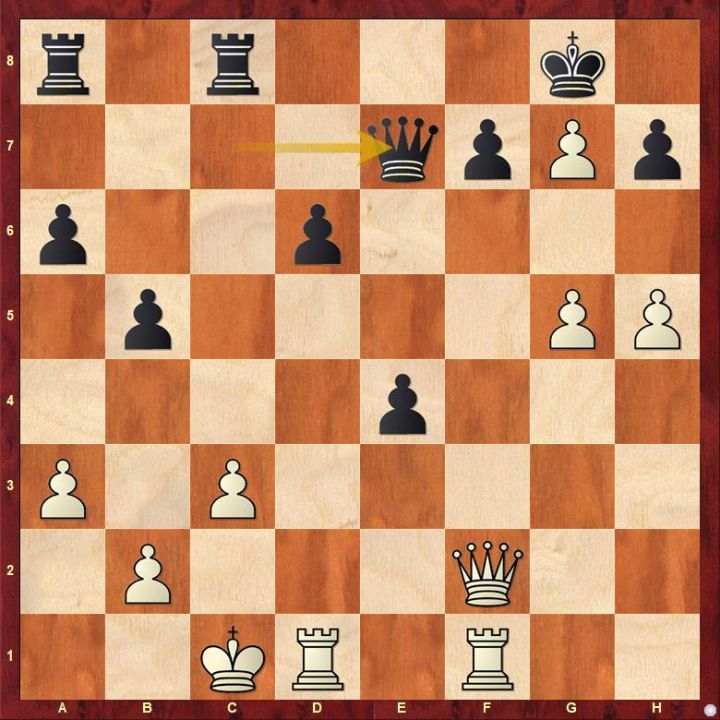 29.g6 is definitely something that would have accentuated White's advantage in the position. 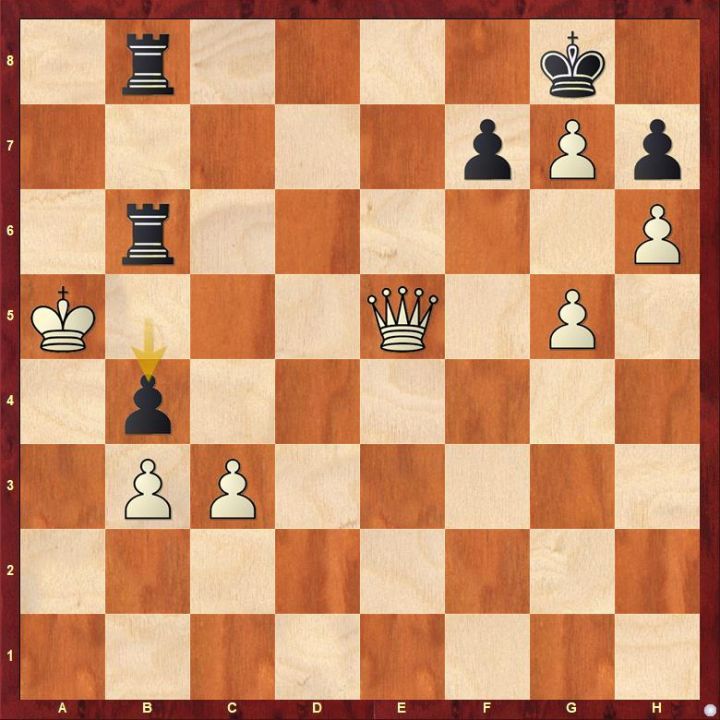 Should white take on b4 or not? One of them leads to a draw and the other is a loss. 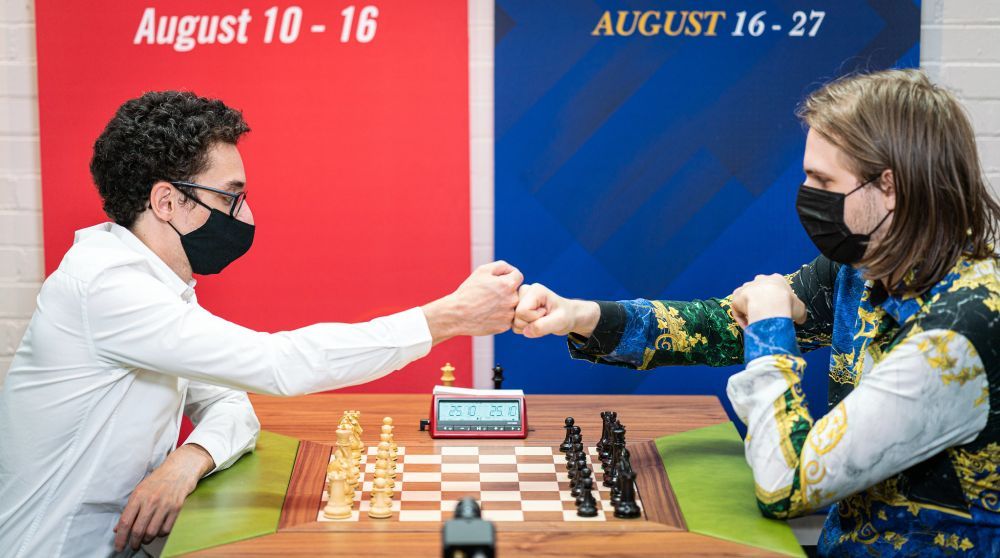 Rapport had his best day of the event so far, starting with a checkmate against Caruana | Photo: Lennart Ootes/Grand Chess Tour

Leinier went wrong early in the opening and could not recover for the rest of the game. 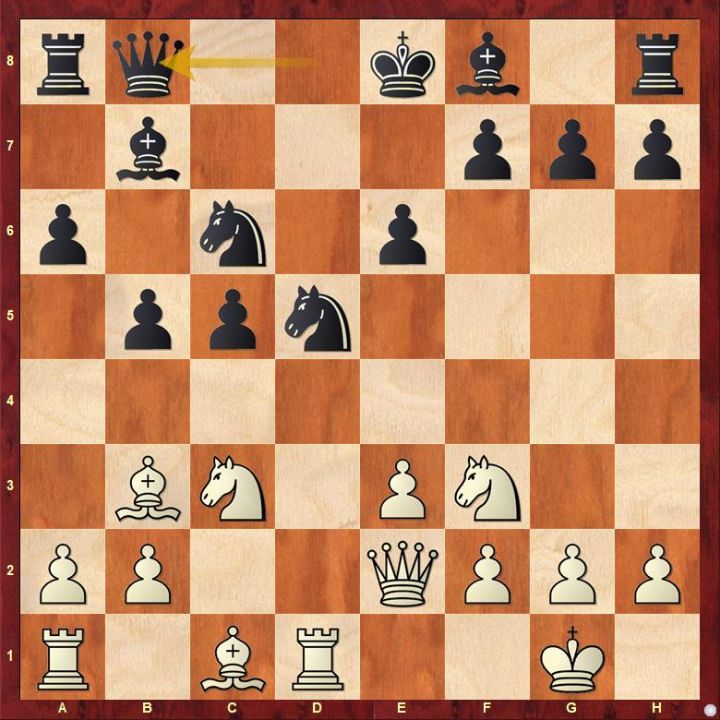 11...Qb8 not only just returns the sacrificed pawn, but also allows White to gain significant positional advantage. 11...Be7 would have sufficed.

Liem went wrong early in the opening and after a series of incorrect responses, Xiong picked up his first win of the event. 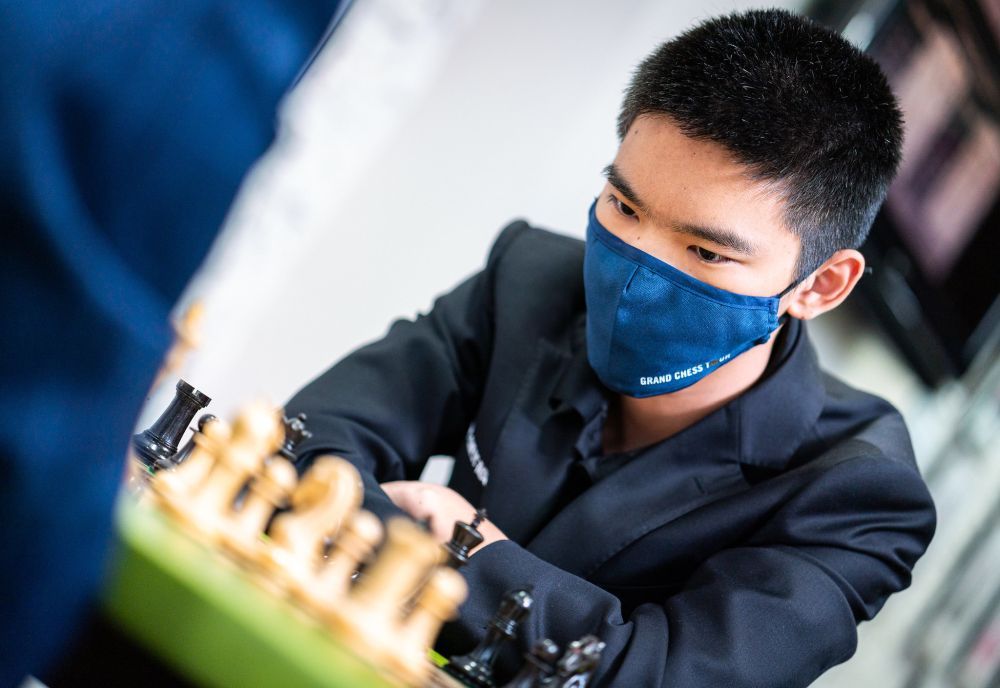 Liem's woes continued as he made multiple errors in the endgame against Shankland. 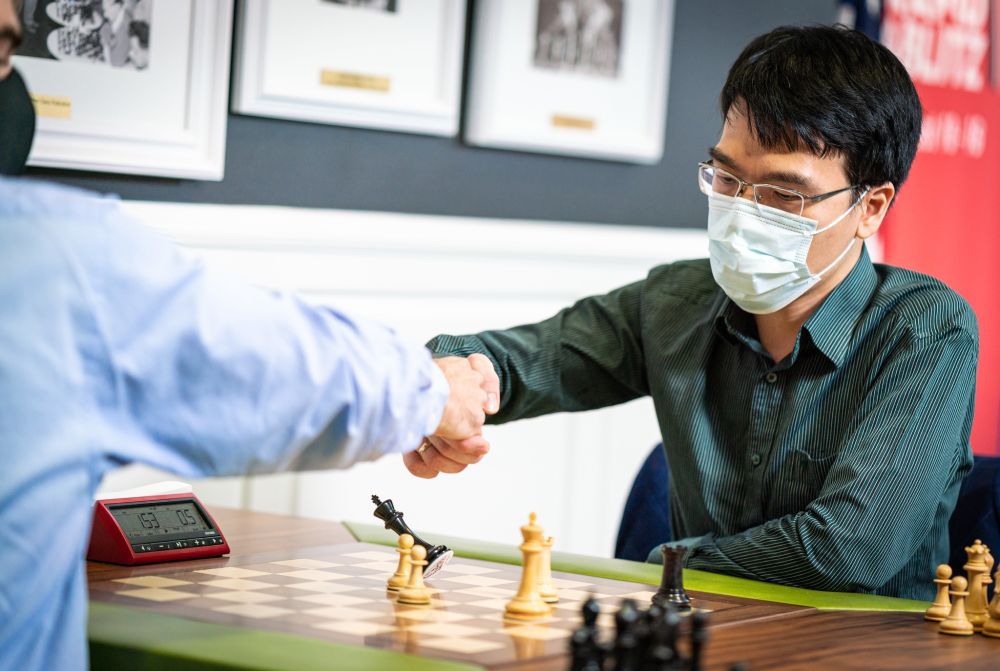 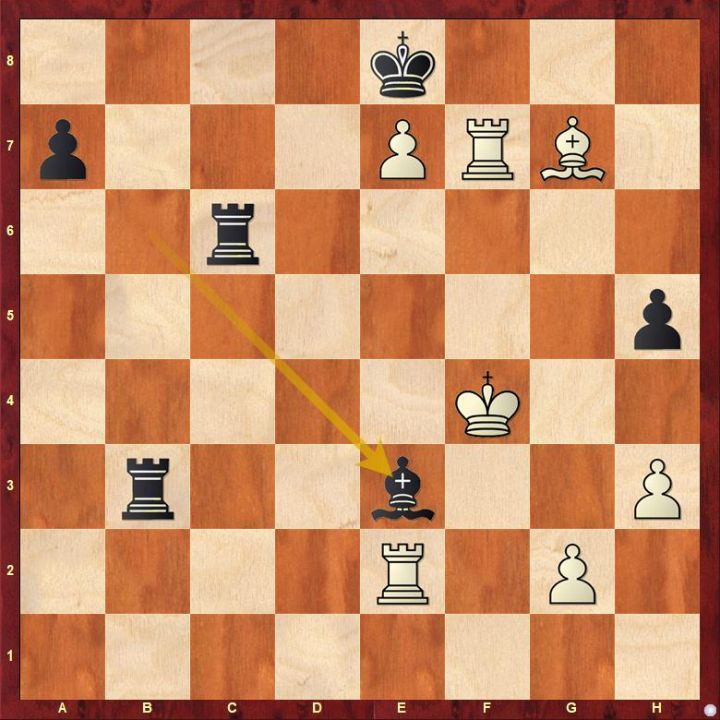 What a thriller by Leinier and Svidler | Photo: Lennart Ootes/Grand Chess Tour

Rapport scored a nice victory over Xiong after the latter captured the wrong bishop which turned things in his opponent's favor. Caruana bounced back by scoring a victory over Mamedyarov.

Caruana went wrong in the endgame against Nakamura. 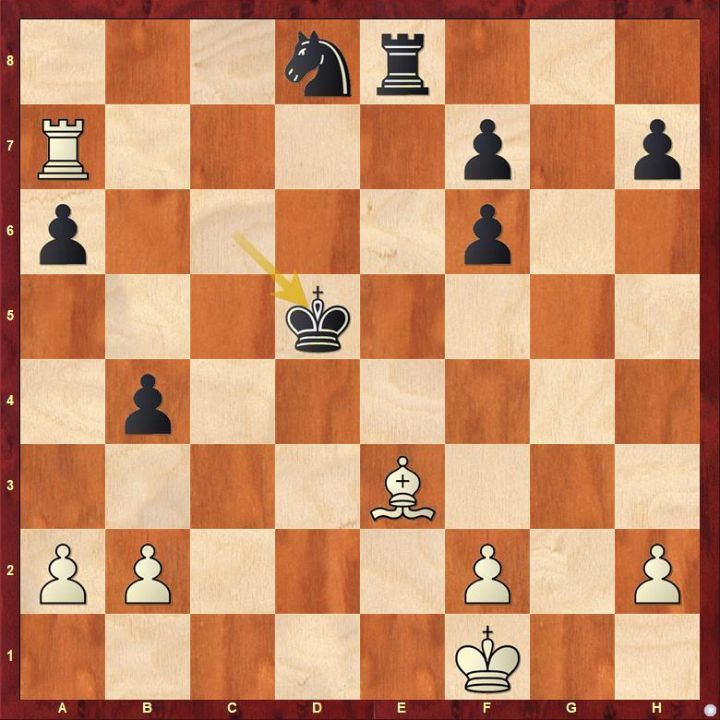 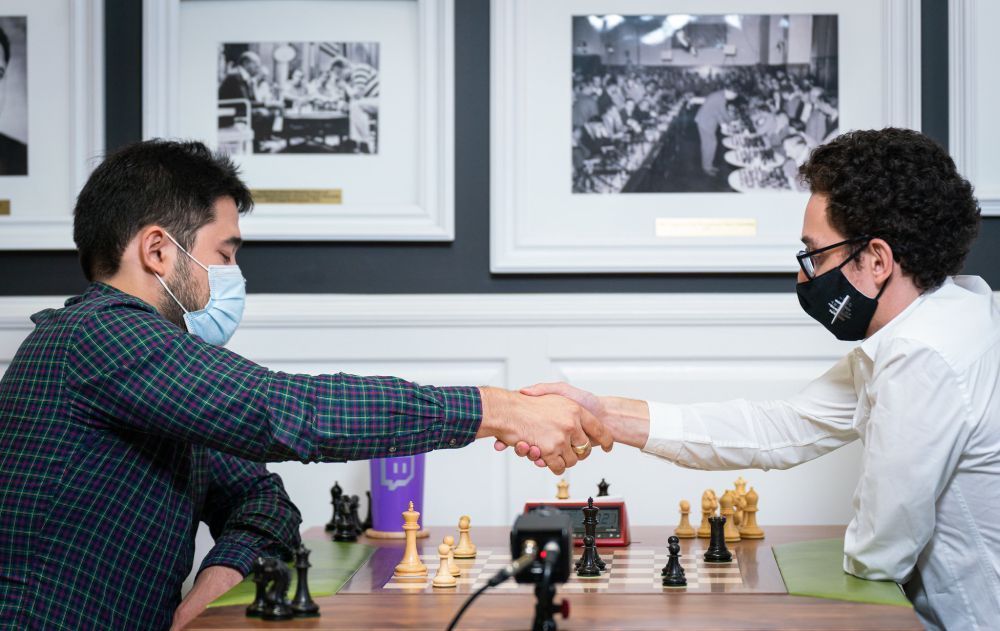 Xiong won an exciting battle against Shankland which the former should have won long back, but it ended after the latter made a blunder in the end which seemed to be heading towards a draw. 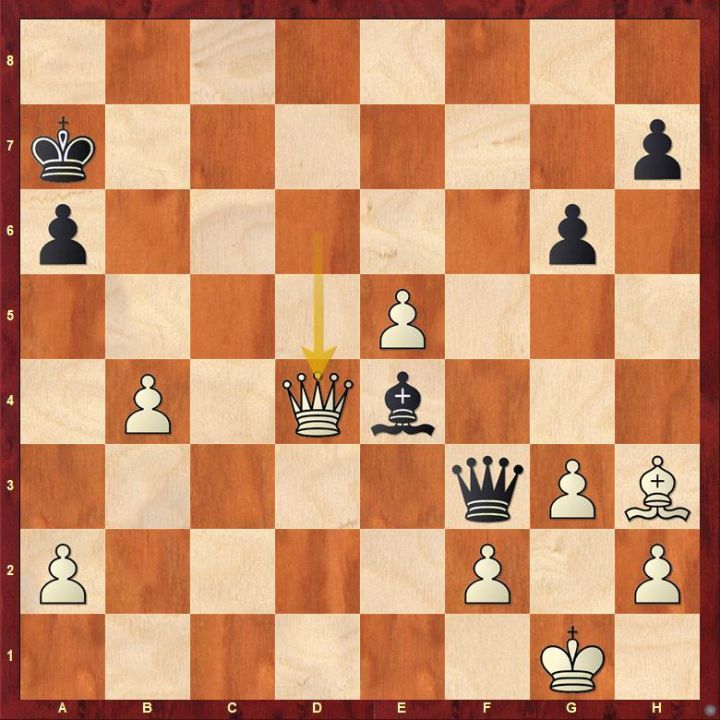 There is only one safe square for the black king, the remaining two are not. What is it? 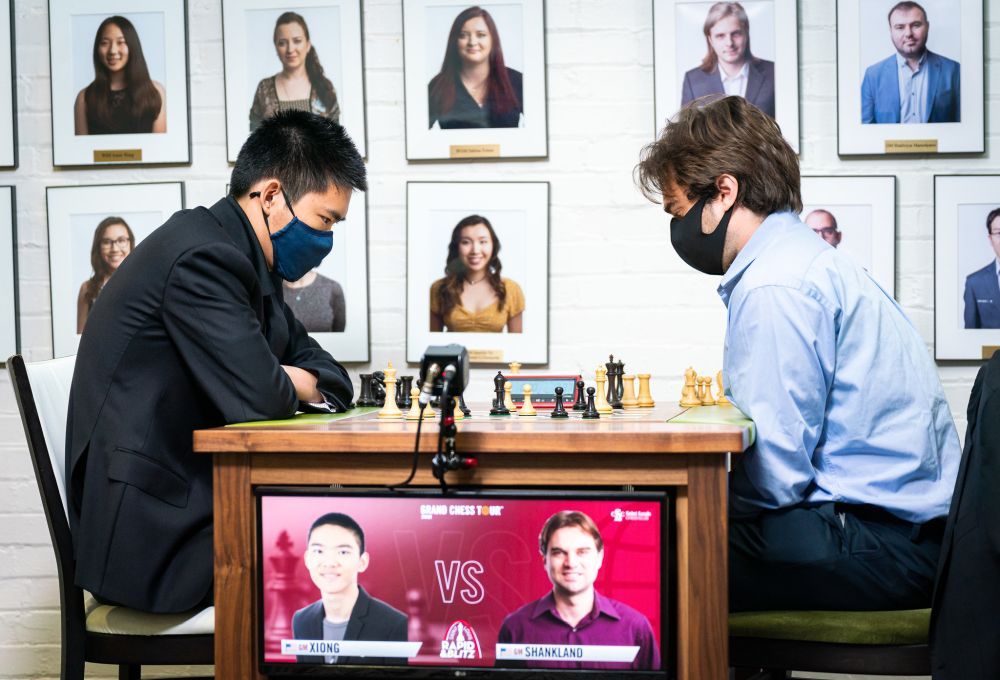 Shankland's day would have been perfect, had he made a draw against Xiong | Photo: Lennart Ootes/Grand Chess Tour