Starting on April 8, two teams of young players handpicked to take part in a new series of five events will go head-to-head for a prize pot totalling $100,000. This journey will be unlike any other in chess. Not only is it gender-balanced to find the best in male and female talent, but the four “Challenge” tournaments and the tour final - all played online - will provide a unique training ground for every competitor. The first tournament, the Polgar Challenge, will start on April 8 and will be followed by the Gelfand Challenge, the Hou Yifan Challenge and the Kramnik Challenge. Then in September, the Tour Finals will take place. 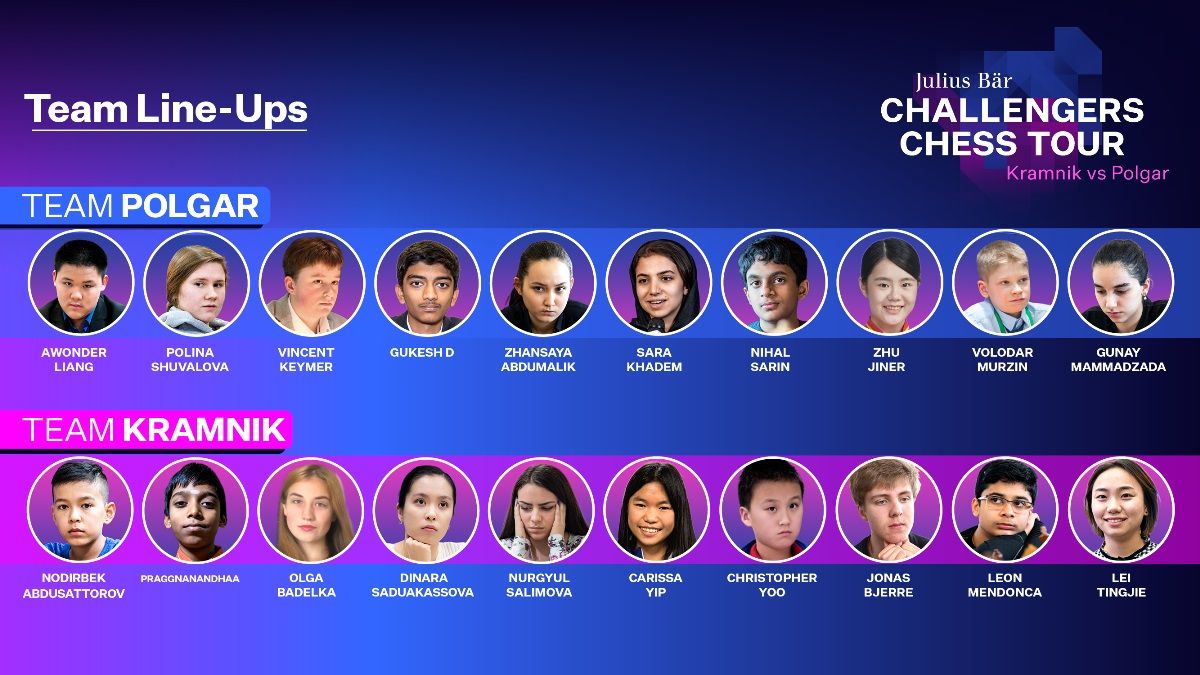 • Winners get chance to take on the elite

We will Kramnik vs Polgar but in different form | Photo: Challengers Chess Tour

The players have been divided into two teams, Team Polgar and Team Kramnik, competing in a series of four four-day round-robin tournaments organised by the Play Magnus Group before the grand finals. 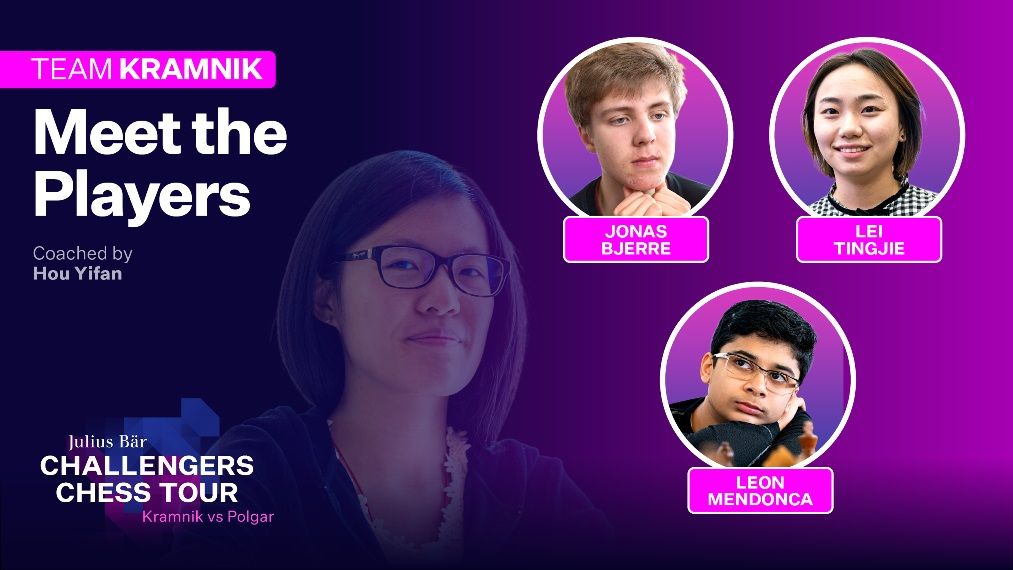 Kramnik thanked the sponsors Julius Baer and Play Magnus Group, the tour organisers, for putting on a “priceless” event during lockdown and told his players it was an “incredible opportunity” for them. 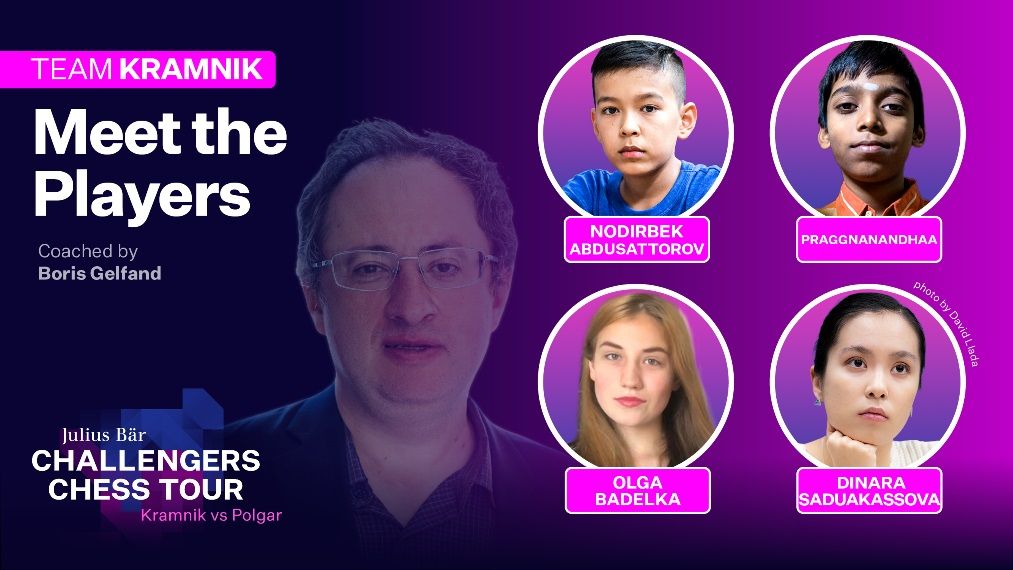 Addressing the players, the former world champion said: “First of all this big project is about learning. Yes, the result is important and you want to win but the one who will be on top later, who has the best career, is not necessarily the one who will win this tournament, it is the one who will learn most from each tournament, each project you have on your way.” 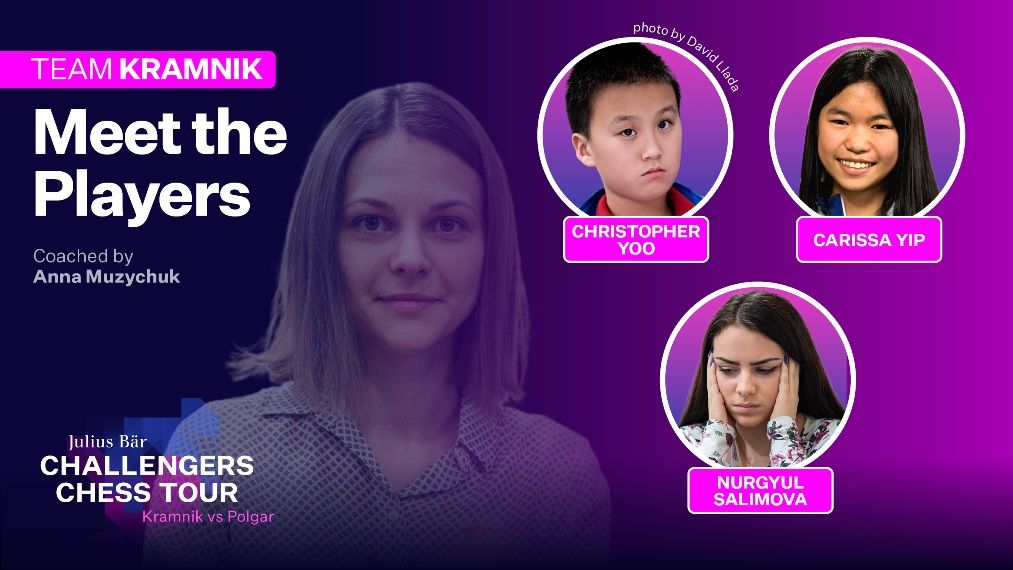 Kramnik, now aged 45 and retired, added: “This is an incredible opportunity for you to learn, to progress in chess.”

In a separate Zoom call to his team, Kramnik said: "Good luck to all of you! Try to enjoy the journey because it's important to learn first of all, to improve and to come out of it a better player - that's the main goal - and, of course, to try to secure our trip to Dubai - because it’s quite expensive to go there! Give your best!"

Grandmaster Boris Gelfand, who will assist Kramnik as a coach, revealed Team Kramnik would start preparing immediately. The 2012 world title challenger added: "It's a great opportunity and I wish good luck to everyone!" 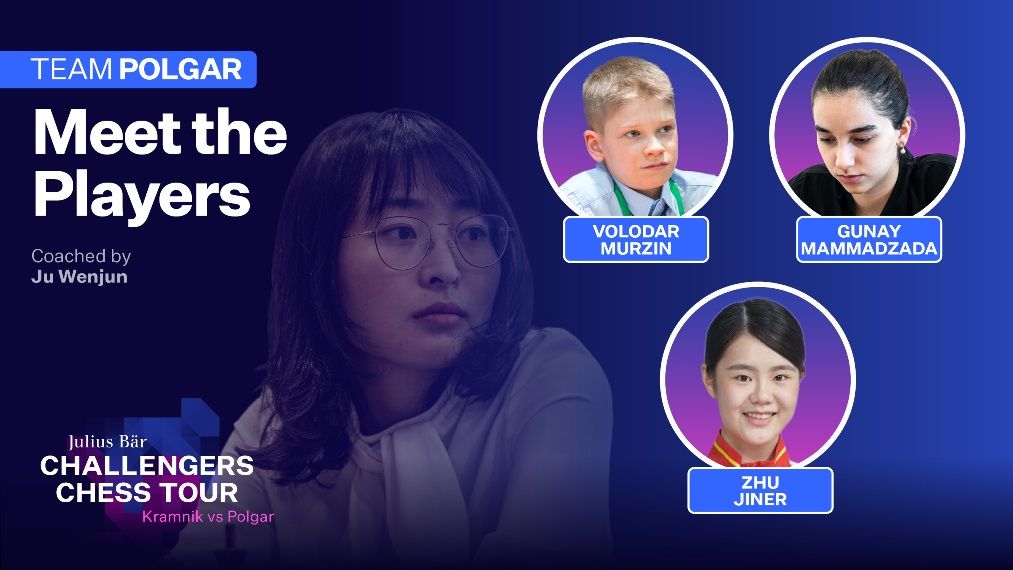 Judit spoke of how she hoped the gender-balanced events would help female players gain confidence in the game and told how managing a team would be challenging for her too. 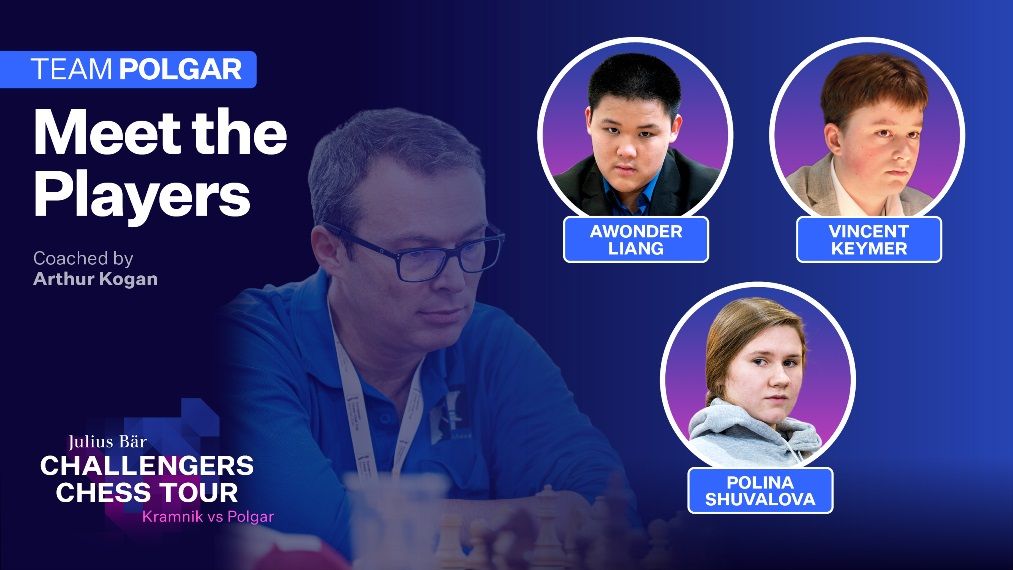 She said: “It’s a great opportunity for the youngsters to win an event and qualify for a Meltwater Champions Chess Tour event which is probably for most one of the most important goals here. But I think anyone who is invited to an event here will definitely not leave without great experiences. In five months we are going to be meeting the players and following them, together with Vladimir as both of us have our team." 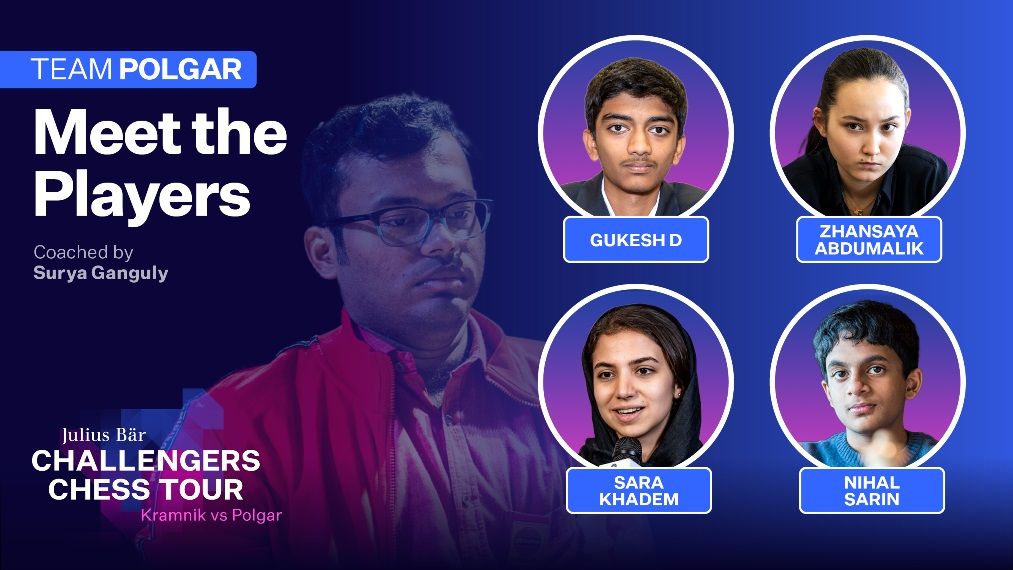 “Chess is an individual sport, but at the same time sometimes it becomes a team sport. That will be very interesting and challenging for both me and Vladimir to see how we can manage them and have great teamwork between them."

Sebastian Kuhnert, Chief Development Officer for the Play Magnus Group, also told the group: “I feel really amazed that all the great coaches have committed to this great project and I feel we are starting a new era in chess. It started with what we did a year ago [with what became the Meltwater Champions Chess Tour] and now it goes into the next cycle that we are starting together with you.”

Winners of the individual events will get a rare chance to compete on the elite stage in a Meltwater Champions Chess Tour event, and perhaps take on World Champion Magnus Carlsen. The team that wins the Julius Baer Challengers Chess Tour overall will also get a trip to this year’s World Chess Championship in Dubai.

The Tour is organised by the Play Magnus Group and is designed to tackle head-on the lack of female role models competing in top events and promote emerging talent.