Vincent Keymer emerged as the early sole leader 3.5/4 at the conclusion of the first day of Julius Baer Challengers Chess Tour Kramnik Challenge. Three players are trailing by a half point, 3.0/4. They are - Christopher Yoo, Awonder Liang and Nodirbek Abdusattorov. Leon lost the first game on time and then made three draws. He is now at 1.5/4 at tied ninth position along with Jonas Bjerre, Volodar Murzin, Carissa Yip and Zhu Jiner. Murzin missed a fantastic combination in a completely winning position against Jonas. Round 5 starts today at 7:30 p.m. IST. Photo: Niklesh Jain

Leon Luke Mendonca scored 1.5/4 on the first day. After losing a winning position against Tingjie in the first round, he got a good position against Yip in the second round but that ended in a draw. The next two games against Liang and Saduakassova also ended in draws. 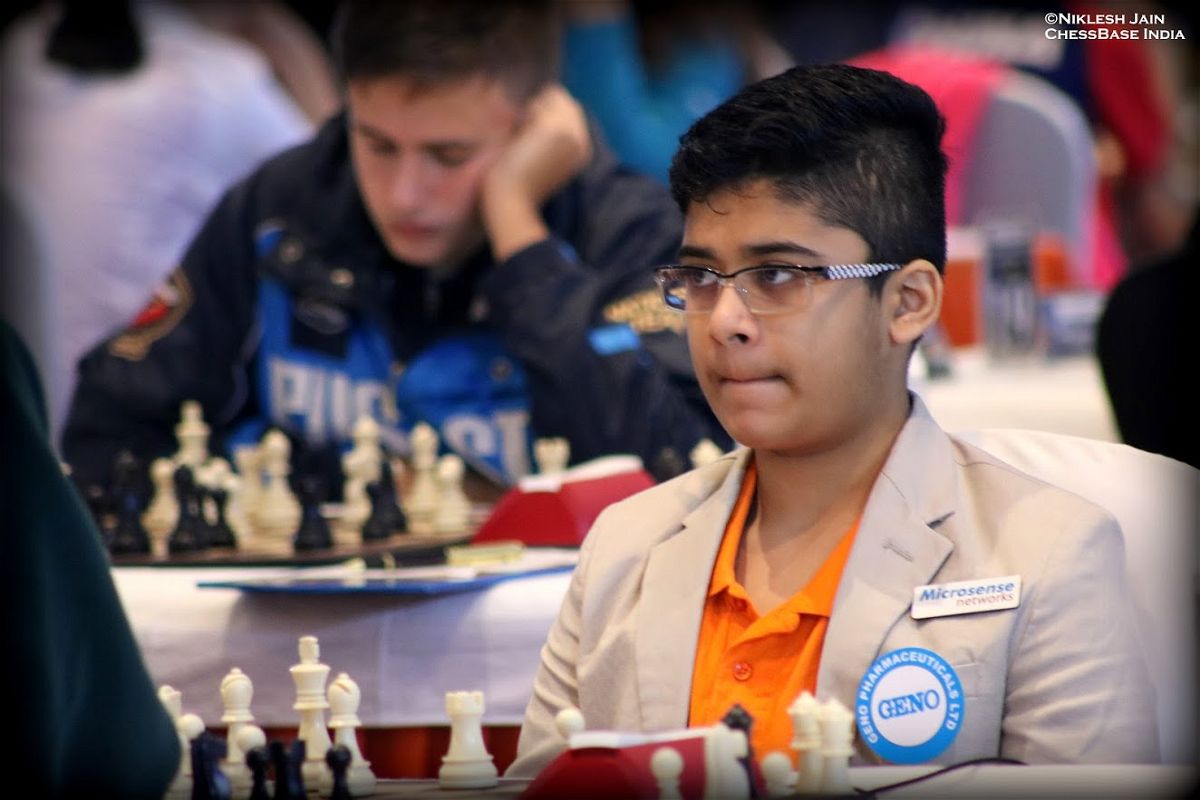 A win in the first round would have put Leon in a good position | Photo: Niklesh Jain

Leon was completely winning against GM Tinjie Lei (CHN) in the first round, but he ran out of time and lost the game. 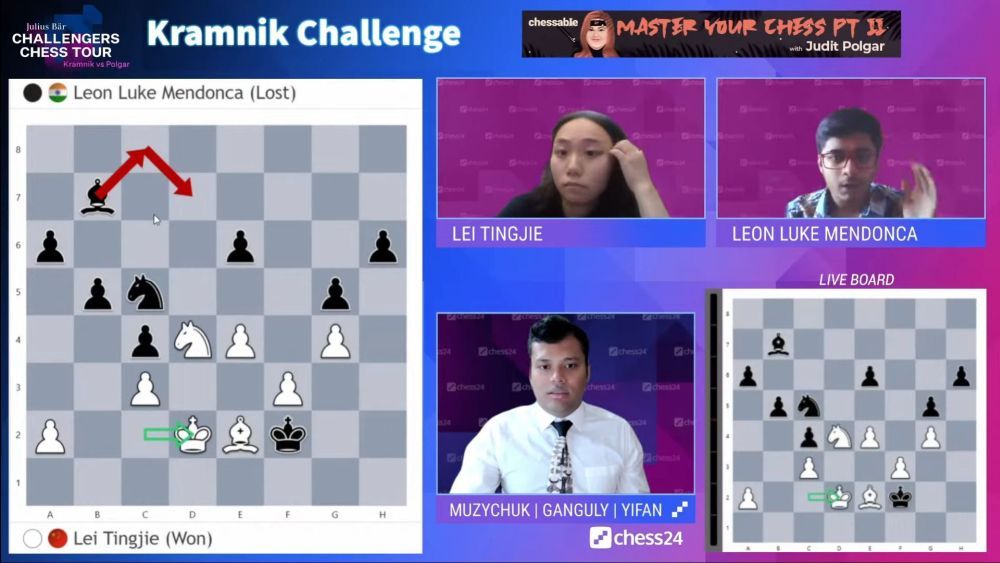 Black is completely winning here as 42...e5 43.Nf5 Bxe4 and White has no choice but to resign.

IM Carissa Yip (USA) was in a difficult situation and she managed to get away with a draw. 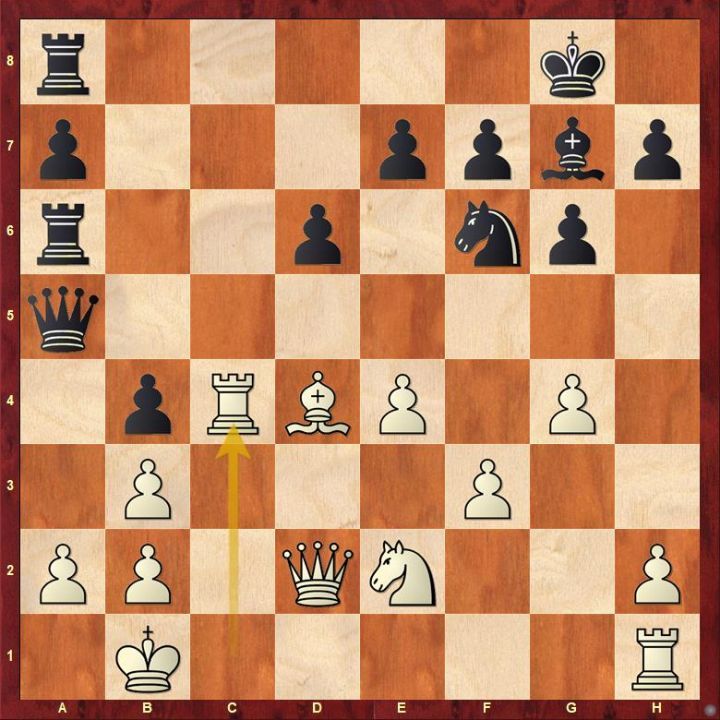 Arguably the most interesting position of the day occurred in the game between IM Volodar Murzin (RUS) and GM Jonas Buhl Bjerre (NOR). 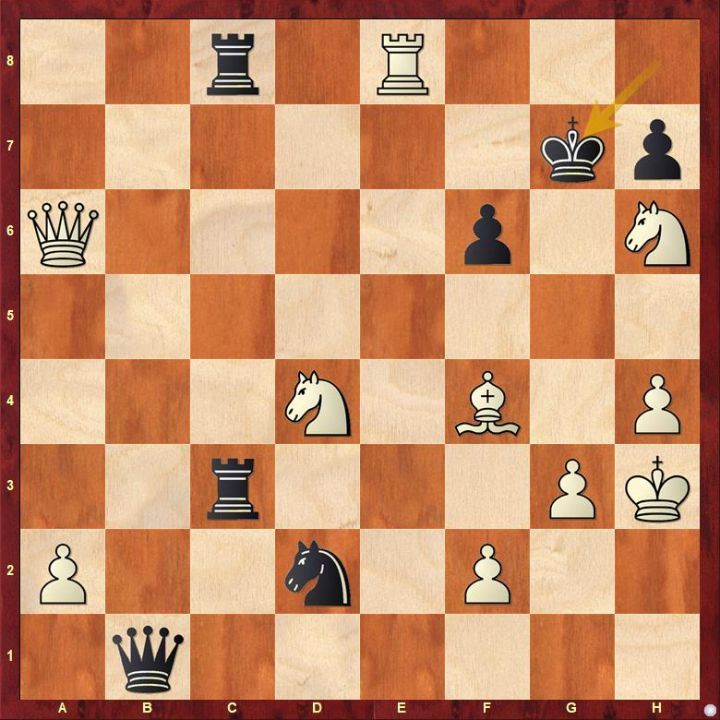 There are multiple ways for White to go for a win here. Try to find them all. Black somehow managed to survive by the skin of his teeth and salvage a draw.

Some interesting finishes from Day 1 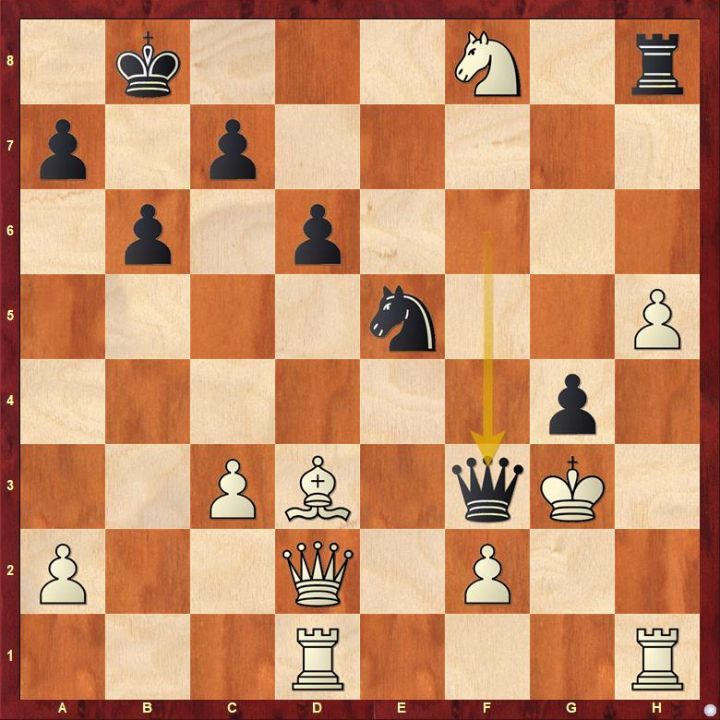 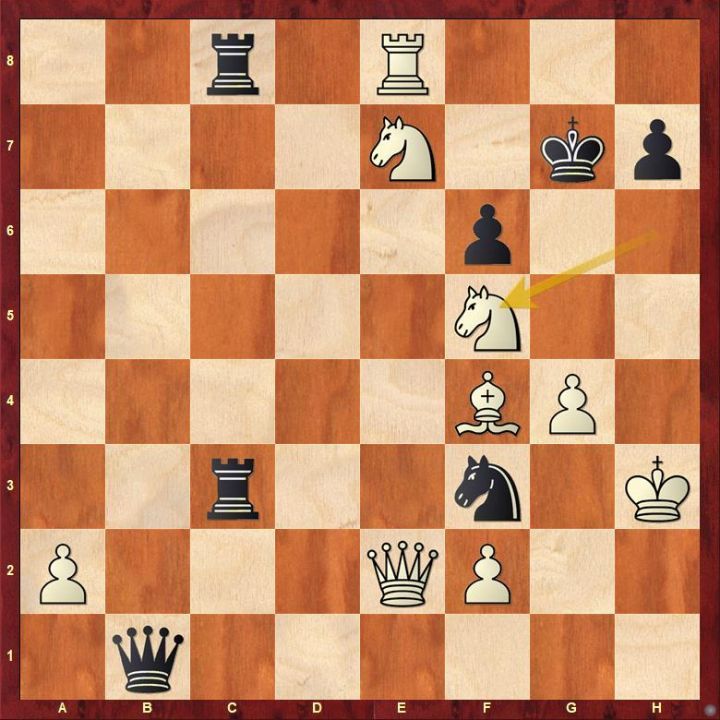 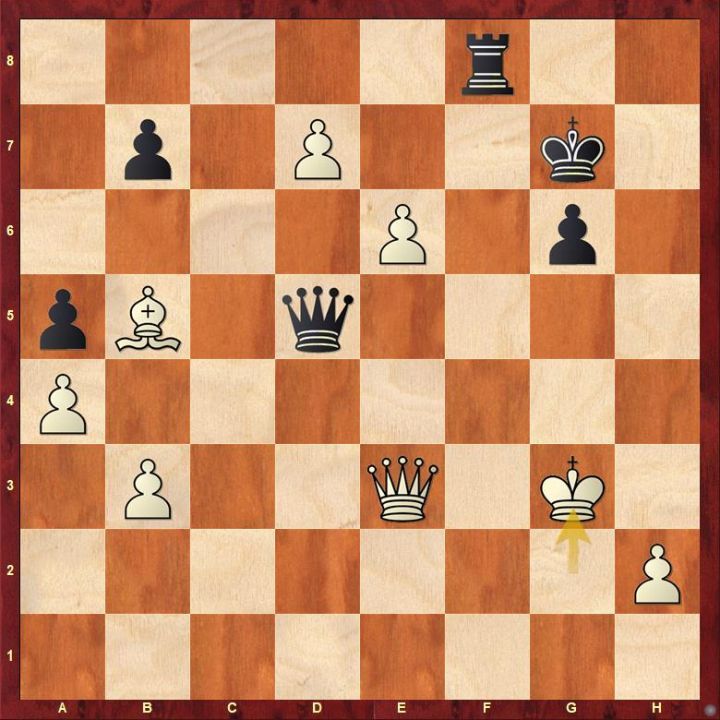 Replay all games from Round 1-4