The fourth and last leg of Julius Baer Challengers Chess Tour - Hou Yifan Challenge starts today with a line-up of 17 players. Praggnanandhaa returns to the tour where he will be joined by Leon and tour debutants IM Aditya Mittal, IM Vaishali R, IM Pawel Teclaf and WIM Oliwia Kiolbasa. Total prize fund for the Hou Yifan Challenge is US$15,000. The Finals will take place next month between 14th and 17th October. Details of the Finals will be revealed later. The tournament will start at 7:30 p.m. IST every day between 18th and 21st September 2021. Photo: Challengers Chess Tour

Who will win the Hou Yifan Challenge? 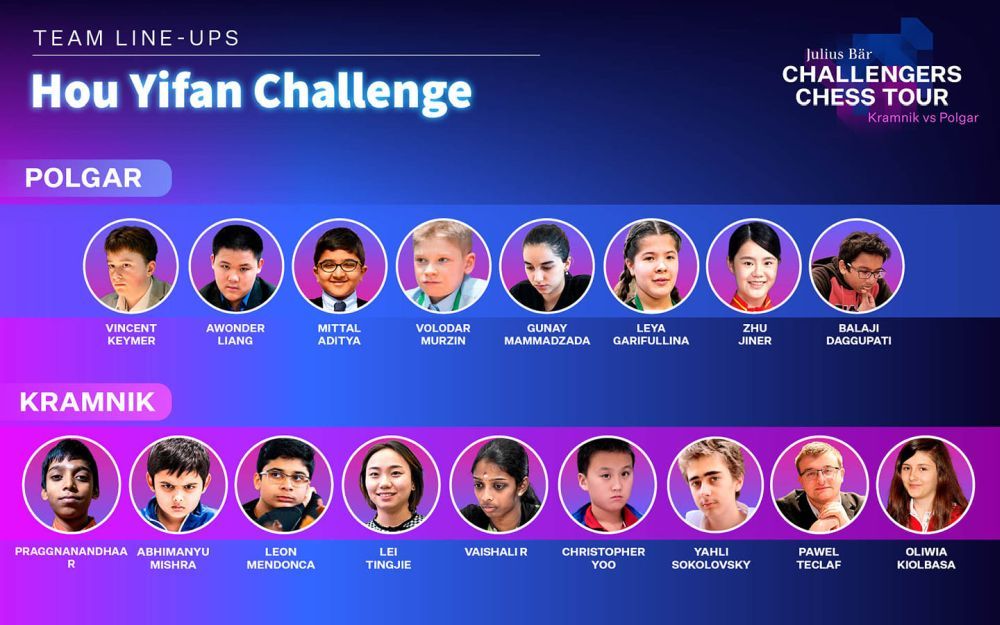 The players have been divided into two teams, Team Polgar and Team Kramnik, competing in a series of four four-day round-robin tournaments organised by the Play Magnus Group before the grand finals. This is the fourth and last leg in the Challengers Chess Tour.