After Praggnanandhaa, it was Nihal's turn to score all five victories in Day 3 of Julius Baer Challengers Chess Tour - Gelfand Challenge. Nihal beat Mammadzada, Saduakassova, Yoo, Gukesh and Badelka. He finished the day with 10.0/15, tied at the fourth place with Gukesh. Praggnanandhaa's seven-game win streak came to an end in Round 12 as he lost to Abdumalik. He is just a half point behind the sole leader Keymer. Leon is at 8.0/10. Anything can happen on the final day as the last four round starts with Round 16 from 6:30 p.m. IST. Photo: Champions Chess Tour

Praggnanandhaa's seven-game winning streak came to an end as he lost to Kazakhstan's latest GM Zhansaya Abdumalik. He finished the day with 11.5/15, a half point behind the sole leader of the event Vincent Keymer. Nihal Sarin had a fantastic day as he won all five of his games and moved to shared fourth position with Gukesh 10.0/15. 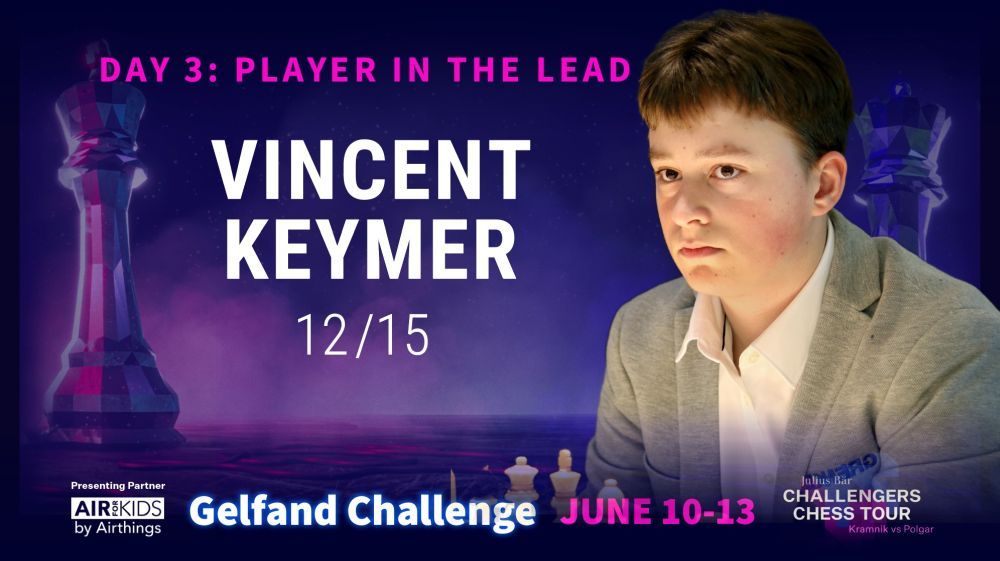 Round 11: Pragg, Nihal and Leon win

Day 2 started well for the Indian kids as Praggnanandhaa, Nihal and Leon won their respective games. Only Gukesh lost.

Tingjie made a big positional mistake when her position was good. 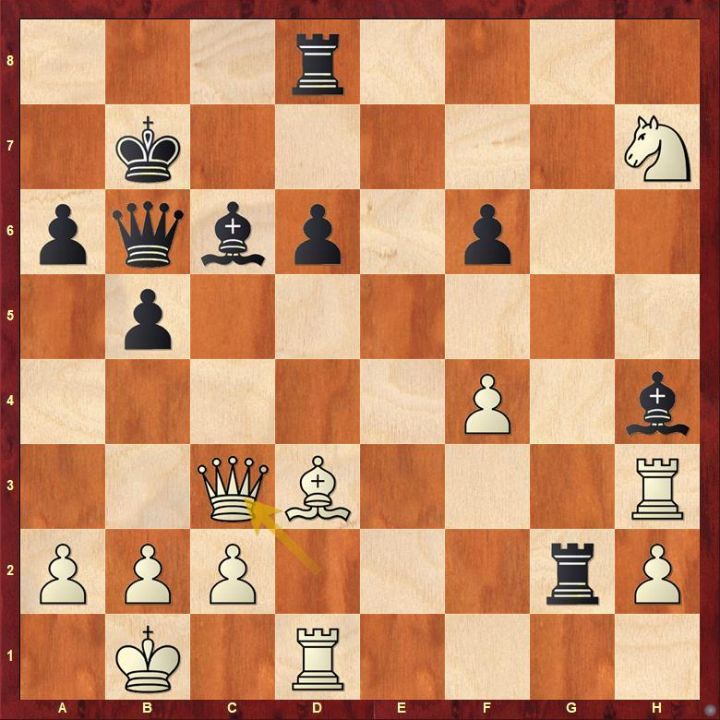 White had to play 24.Qc1 to maintain the advantage and stay away from trouble. 24.Qc3 invited trouble as Black gets decisive advantage after 24...Rg1.

Leon got a fantastic position early in the middlegame after his opponent Abdumalik made a series of incorrect decisions. White needed to trade the rooks by initiating a change exchange 14.Bxa8 Bxf1 15.Kxf1 Rxa8 and things would not have been that bad. However, 14.Re1 Rab8 15.Rxe5 Ng4, it became very difficult for White to make a comeback as white is lacking in development and the pieces are not well coordinated either. Leon converted his advantage into a victory with a cute finish. 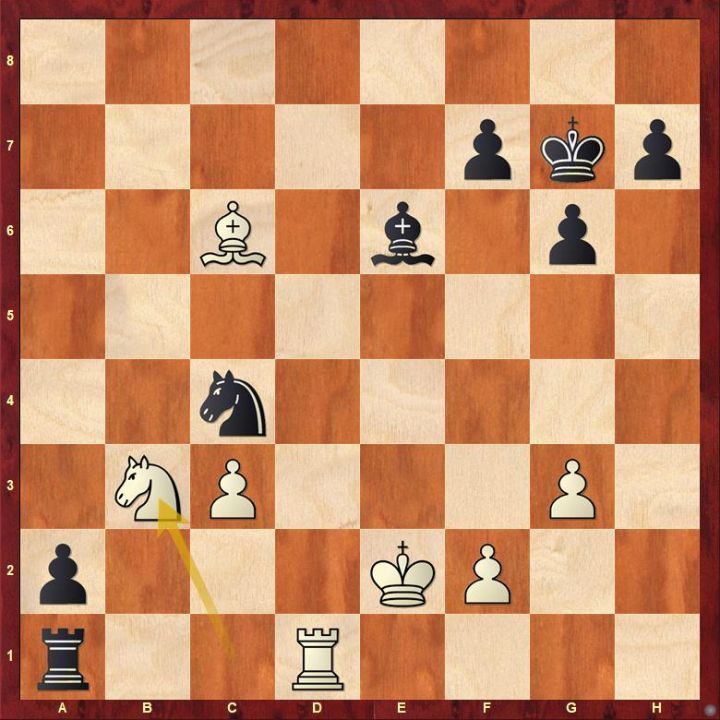 Find out the winning combination for black in the above diagram.

Mammadzada made a questionable pawn capture which allowed Nihal to gain the upper hand. 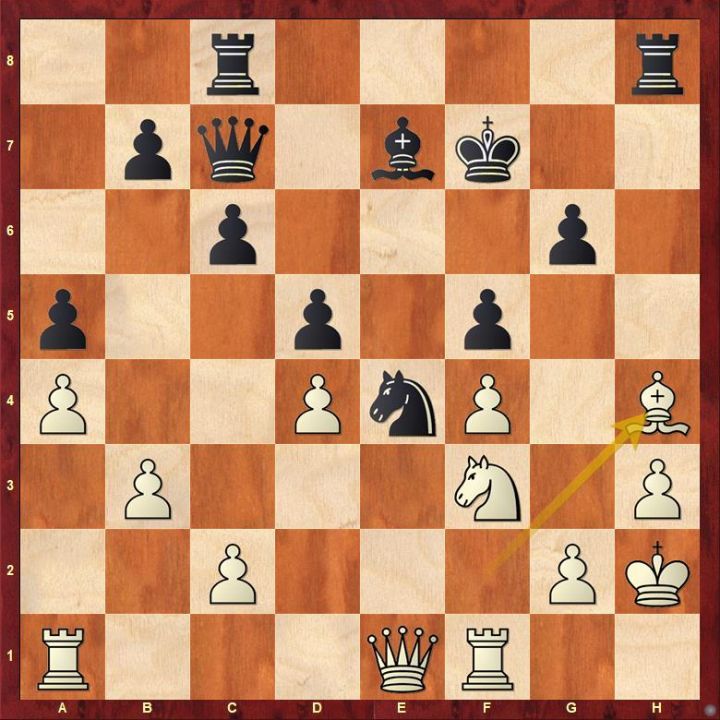 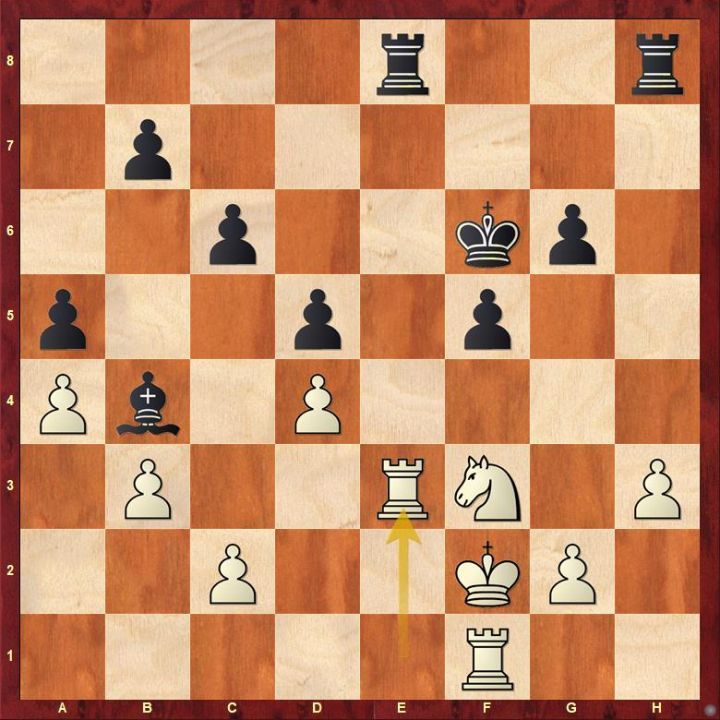 White had to make sure that black rooks do not gain the control of the e-file. So 31.Re5 was the need of the hour, not 31.Re3 which allowed Black to gain a huge advantage with 31...Re4. Nihal converted his advantage into a victory without much difficulty.

Gukesh's overstretched pawns created weakness all over the board. IM Volodar Murzin capitalized on them in the endgame. 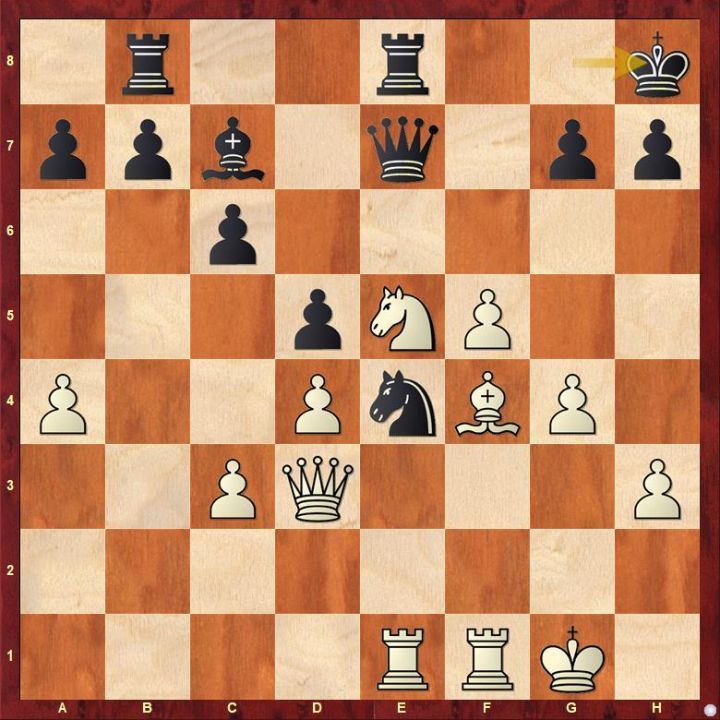 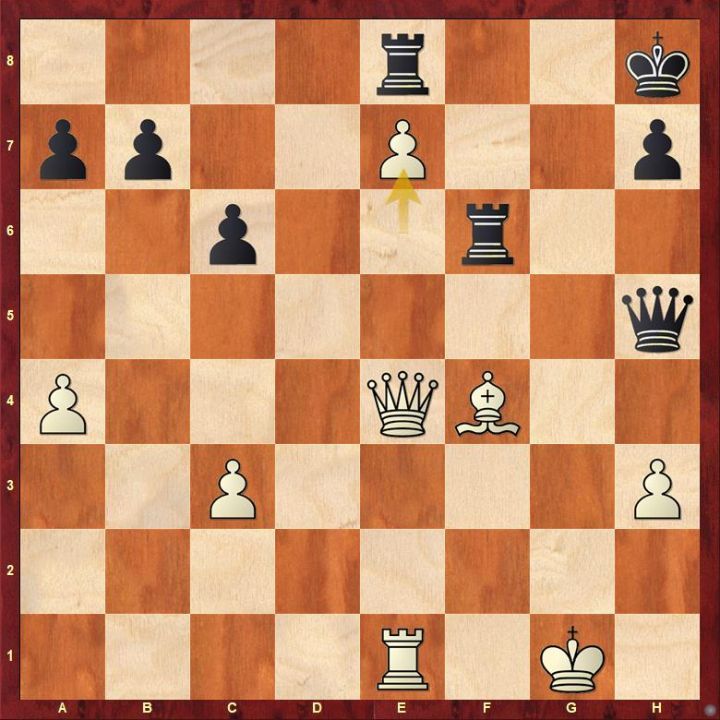 Find out the immediate win for black in the above diagram. The game got prolonged as Black played 35...Qg6+.

Nihal got a fantastic position out of the opening as his opponent Saduakassova chose a passive structure. 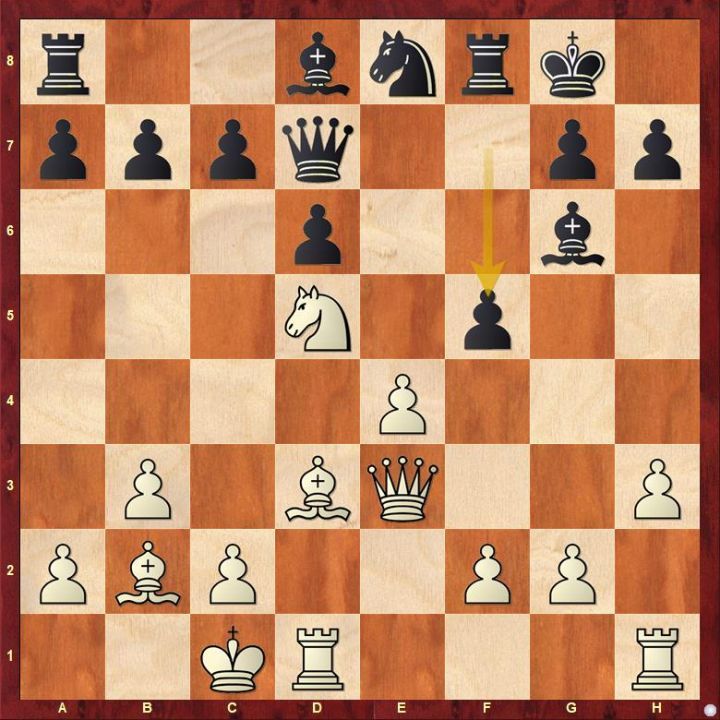 Black is attempting to regain control with 14...f5. Find out how should white respond here. 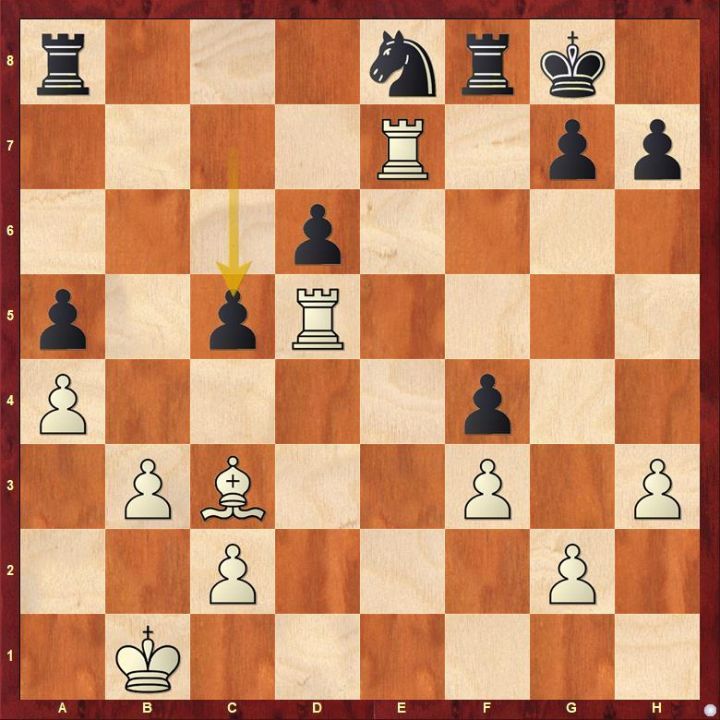 Find out the winning continuation for white in the above diagram.

Leon had a roller-coaster of a draw against IM Polina Shuvalova. Despite being in trouble, Leon managed to endure and salvage a draw. 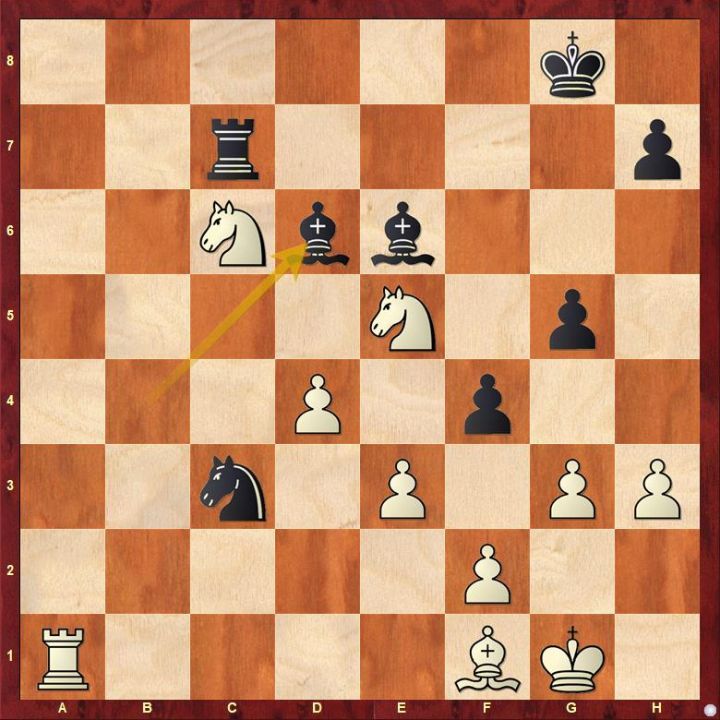 One of the best chances White had in the later part of the endgame was in the above diagram. 46.gxf4 gxf4 47.exf4 could have put Black in some serious trouble.

GM Zhansaya Abdumalik ended Pragg's seven-game unbeaten streak. He got a better position out of the opening and missed quite an easy win. 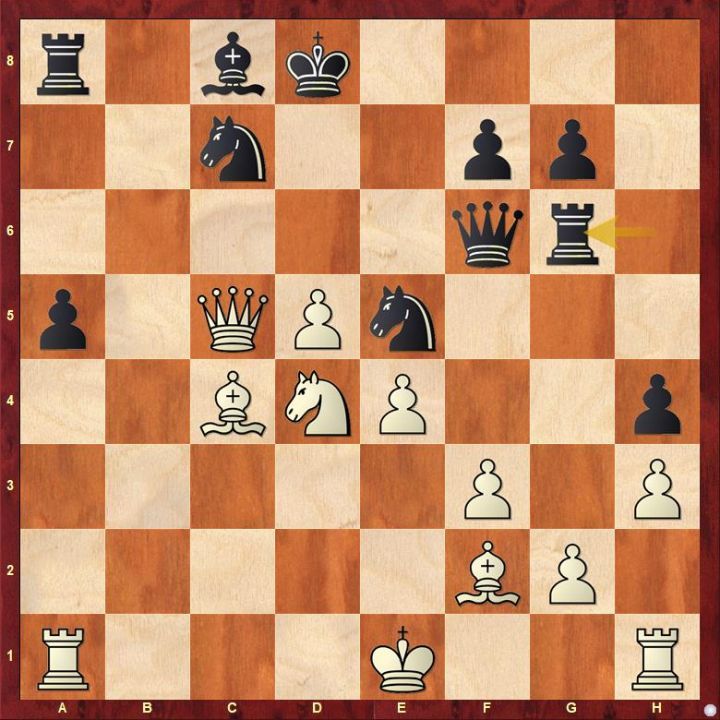 Find out the winning continuation for White in the above diagram. The game went on 29.Rc1 which is obviously not the best move. White was winning in thousand different ways but he had a lapse in concentration and blundered his queen which became a point of no return.

Round 13: Victory for all

For the first time in this event, all four Indian kids - Praggnanandhaa, Leon, Nihal and Gukesh scored a victory each in the same round.

Praggnanandhaa made a beautiful combination to gain the upper hand and beat IM Polina Shuvalova. 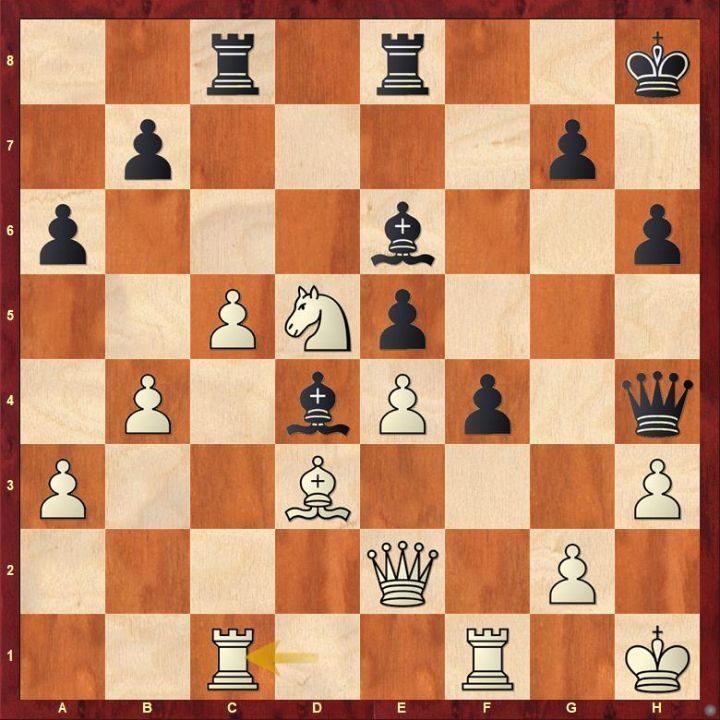 Find out the best continuation for black.

Mammadzada made an incorrect choice of letting go of the important pawn, resulting in Leon grabbing the advantage and eventually score a win. Which pawn white should save here - e4 or h4? Find out why.

IM Christopher Yoo made a bad decision of going for a chain exchange which gave Nihal the decisive advantage. 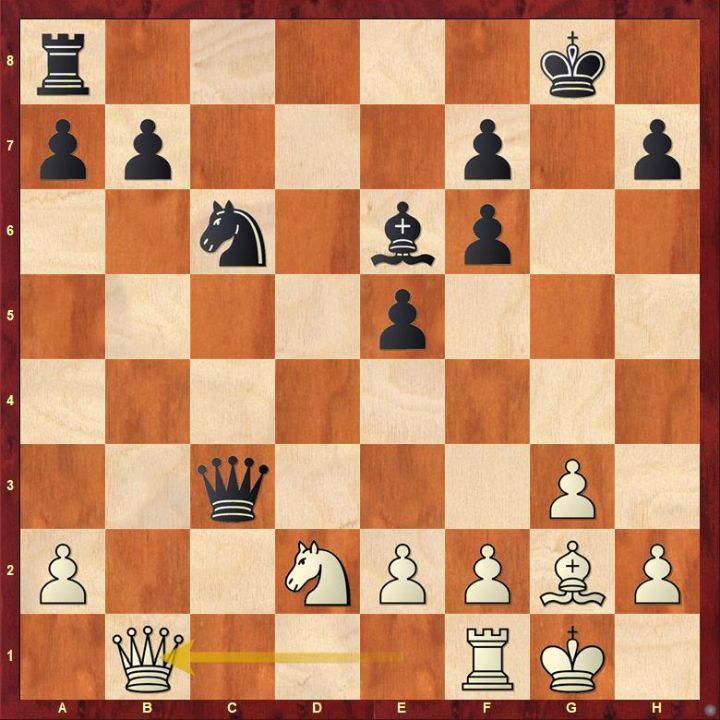 19.Ne4 would have been a better continuation for White. Find out why 19.Qb1 is a mistake.

Gukesh beat IM Carissa Yip after the latter blundered her queen in a seemingly equal position.

Nihal scored a win against Gukesh. Leon and Pragg also scored a victory each.

Gukesh went to capture a poisoned pawn in the endgame while his king and rook were vulnerable. 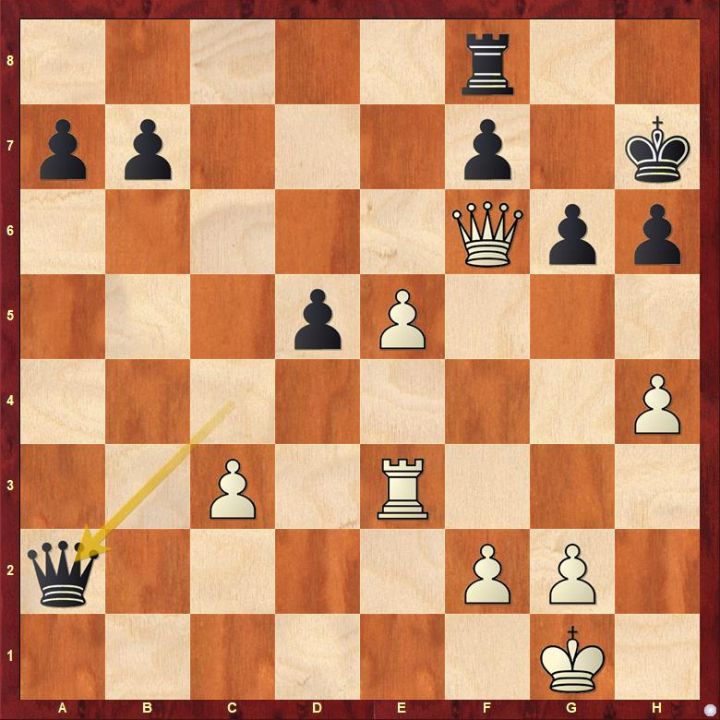 28...Qxa2 is a big mistake. Find out why. Black needed to play 28...d4 to make sure the queen is ready to come to aid of the black's kingside. Nihal scored his fourth consecutive victory of the day.

Saduakassova played the rook and minor piece endgame incorrectly which cost her a valuable time. 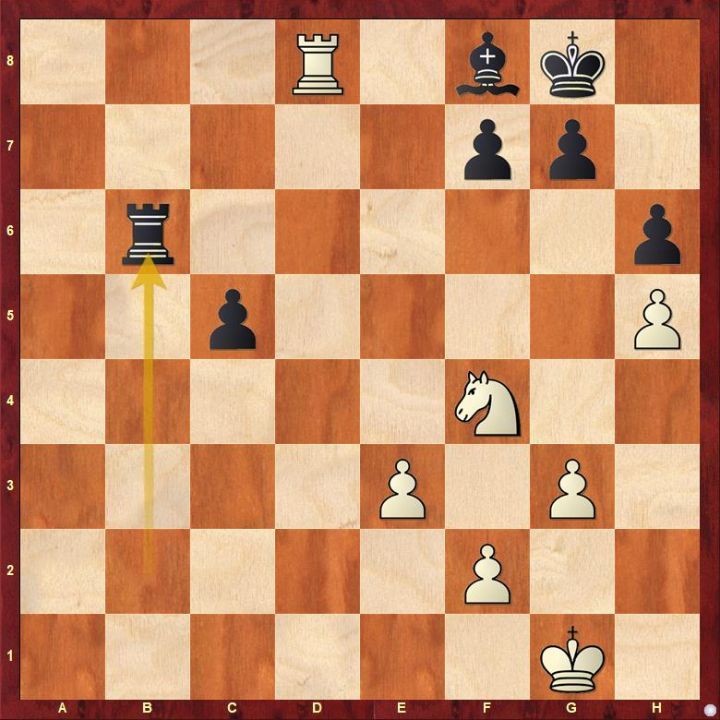 32...Rb6 is a strange retreat as g6 idea is not so great for Black. Instead 32...c4 and giving away the c-pawn for White's h-pawn would have made things easier for Black.

Mammadzada's incorrect decision to save her pawn in the endgame spiralled things out of control. 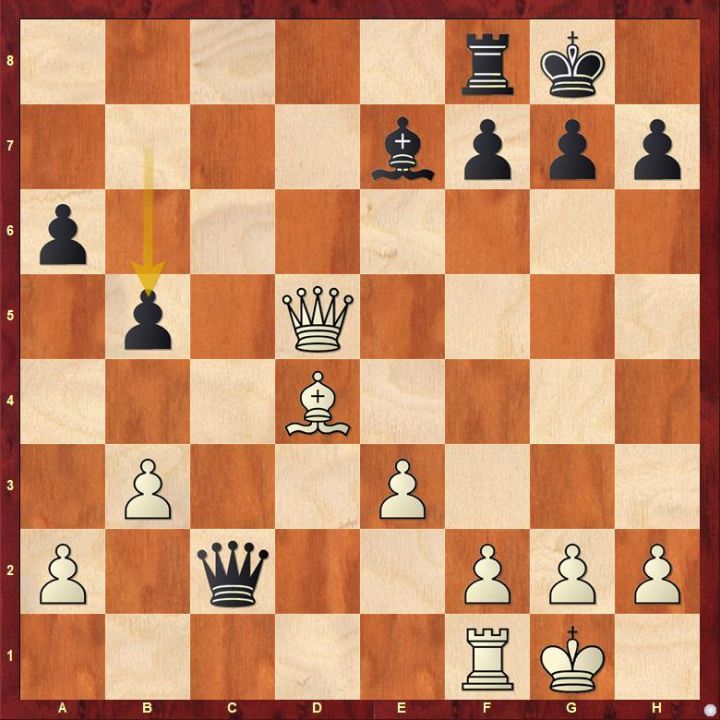 Round 15: Gukesh and Nihal won

Gukesh and Nihal ended the Day 3 with a victory each. Pragg made a draw and Leon lost.

IM Dinara Saduakassova made a solid draw with Pragg.

Yoo made a wonderful combination to win against Leon. 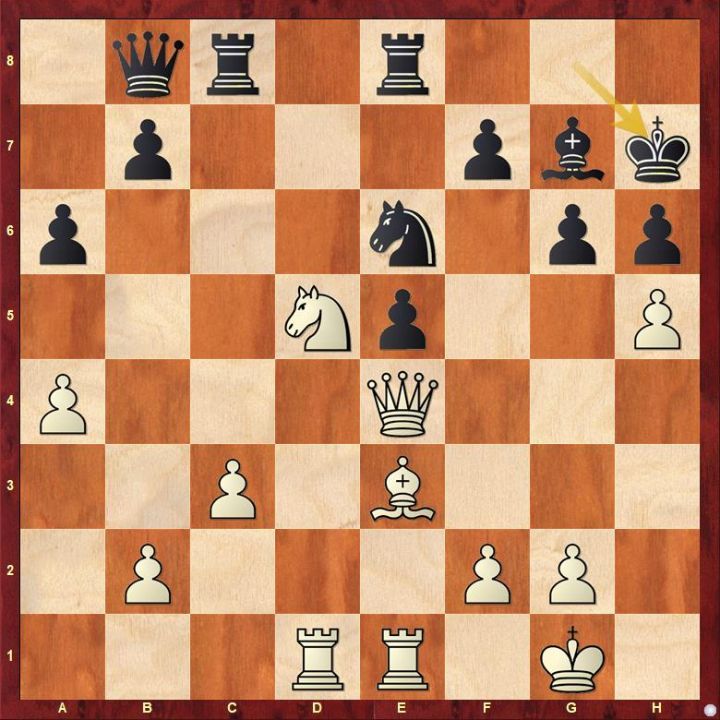 Find out the winning continuation for White in the above diagram.

Nihal scored his fifth consecutive victory of the day, against IM Olga Badelka.

Keymer has taken sole lead, Pragg is just a half point behind | Photo: Champions Chess Tour