After a prolonged rift at the All India Chess Federation, the elections were held on the 4th of January 2021. At the end of it, Bharat Singh Chauhan and Sanjay Kapoor became the Secretary and President of AICF respectively. Bharat Singh Chauhan was already the secretary of AICF in the previous years, while Sanjay Kapoor is currently the Chairman of the Kanpur Cricket Association. Vishy Anand has joined in as the advisor of the Federation. In this article we acquaint you with the new AICF team as well as tell you about their vision in the upcoming three years (2021-23).

On 4th of January 2021, the elections of the All Indian Chess Federation (AICF) were held. These were the results:

Sanajy Kapoor is the President, Bharat Singh Chauhan is he Secretary, Naresh Sharma is the Treasurer. Along with it, we have six Vice Presidents and six joint Secretaries
Bharat Singh Chauhan (left) continues as the Secretary of AICF, Sanjay Kapoor is the new AICF President. He is also the Chairman of the Kanpur Cricket Association and President of the UP Chess Association.
One of the things that AICF team did within the first week of coming into power is involve Vishy Anand on their advisory board. In the picture (from left to right): Bhavesh Patel, Naresh Sharma, Vishy Anand and Bharat Singh Chauhan 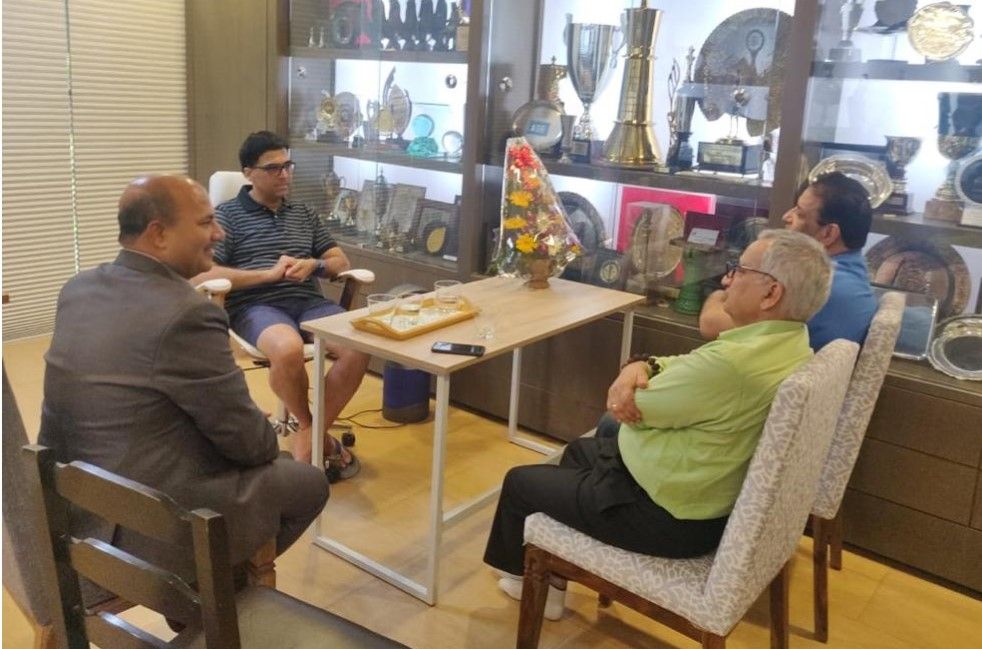 With years of experience, Vishy is sure to bring a lot on the table when it comes to chess promotion
Although they were in opposite camps during the election, it was nice to see them together after the elections ended. Bharath Singh Chauhan (right) and Naresh Sharma (left) with the Venketrama Raja (former AICF President), and a man who has done a lot for Indian chess.
The AICF office in Chennai. The AICF headquarters in Chennai will work on Monday, Wednesday and Friday, while Delhi office will work on the remaining three days in this Covid-19 situation

AICF's Vision for the next three years:

The All India Chess Federation has a vision document and where in the Secretary of the organization mentions, "We strongly believe that India has enormous potential in the game and we have not yet explored the same at its full potential. We have the entire wherewithal for spreading the game to every part of the country to unearth more talents to produce many titled players, who can bring laurels to our beloved nation."

This is their vision for the next three years:

Support of All India Chess Federation to State Association to become self-sufficient to administer the game at their respective states which will provide a right atmosphere for the game at grass root level.

Explore avenues for sponsorship from corporates for Indian teams participating in world events and for National Championships.

Explore the possibilities to get more funds from Government of India for the game of chess.

Right approach at Government level for consideration of our players and coaches for Arjuna and Dronacharya Awards. Presently, the award committee giving low priority to Chess due to a non-Olympic event.

5. Chess for everyone and Smart Girl events

More thrust will be given for the conduct of Chess for Everyone and Smart Girl events for the development of the game at grass root level.

Use of online medium to its full potential for the development of the game.

Conduct of more Norm Tournaments in India to provide opportunity to players.

Thrust will be given for the Chess in School program and Anti Cheating measures.

Exploring the feasibility of Group Insurance for all AICF registered personnel.

14. Purification of Data with FIDE and AICF

Purification of player’s data at FIDE and AICF record as well as uploading photos of all players.

15. Appointment of coaches and arbiters

Transparency and accountability in appointment of Arbiters and Coaches.

Thrust will be given for conduct of Professional Chess League as well as Super GM event annually.

Work execution timeline for all the staffs of AICF for timely achieving the tasks.

To set up a players’ grievance cell to address the issues related to players.

To set up committees under committed volunteers for the betterment of administration and to look after the development of the game across the country.

For Chess in School program we propose to give Rs. 10 Lakh per State Affiliate unit per year for the next three years.

Partnering up with Central/State Govt/Private Entities to train all sports teachers / physical instructors in school about chess by conducting short term coaching camps to popularize and familiarize chess.

AICF will distribute chess kits to schools situated in remote areas of the country.

With the help of Central /State Government/Private Entities Chess will be introduced in teachers' training institutions.

AICF will take initiative with the help of State Associations to create job opportunities for chess players in all sectors.

Active participation of AICF Officials to boost up the progress in states where chess is still in its initial stage. 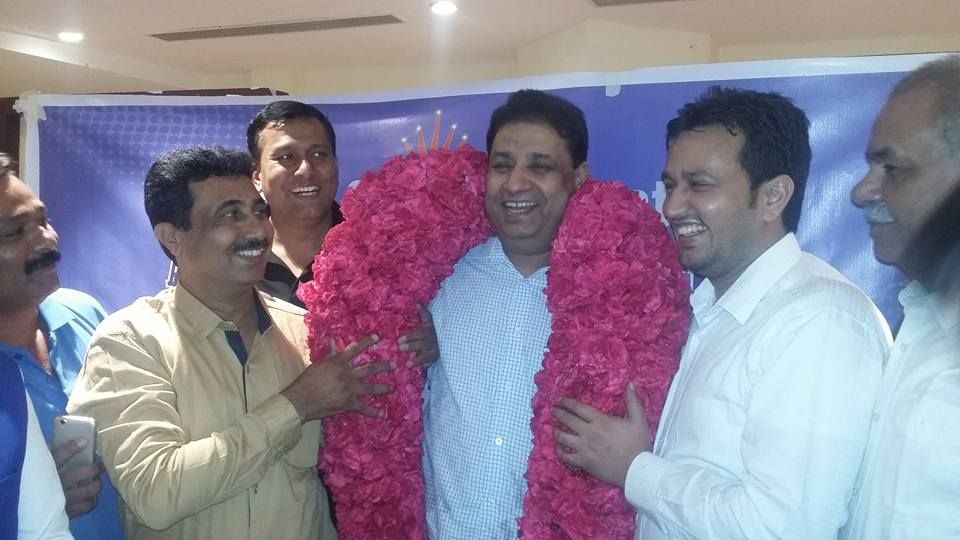 When Bharat Singh had become the Secretary in 2017, we had published the following article jotting down his vision for the three years from 2017-2020
Related news: