Both Vidit Gujrathi and Pentala Harikrishna drew their games against Alexei Shirov and Nikita Vitiugov respectively. Vidit still shares the lead with Richard Rapport at 2.5/4 in Pool C. Anish Giri drew with Tabatabaei to maintain his full point lead 3.0/4 in Pool B. Harikrishna's score is now 1.5/4. Sam Shankland and Dmitry Andreikin shares the top spot in Pool A at 2.5/4 each. Meanwhile, the newly crowned World Blitz champion, Maxime Vachier-Lagrave scored the only win of Round 4 against Alexandr Predke to gain sole lead 2.5/4. Today is a rest day. Round 5 of Pool stage starts tomorrow, Sunday 6th March at 7:30 p.m. IST. Photo: Mark Livshitz/FIDE

Giri still at the top of Pool B

The fourth round of FIDE Belgrade GP had seven draws. It is the highest number of draws conceded in a single round of this event so far. 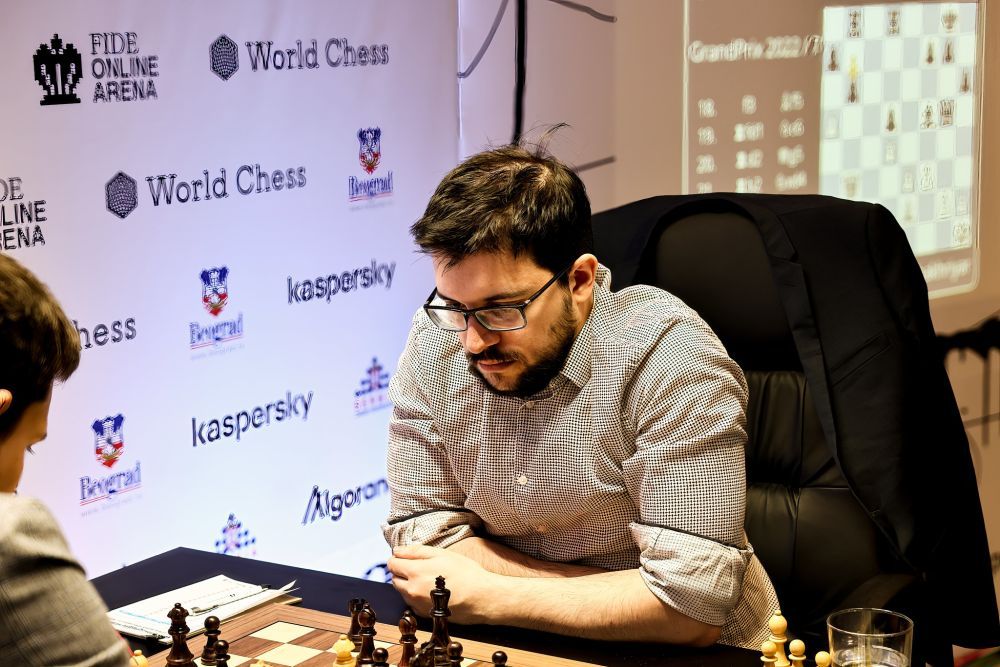 The World Blitz champion is aiming to advance to the Quarterfinals | Photo: Mark Livshitz/FIDE

Alexandr Predke got into trouble against the Najdorf specialist and the new World Blitz champion, Maxime Vachier-Lagrave. 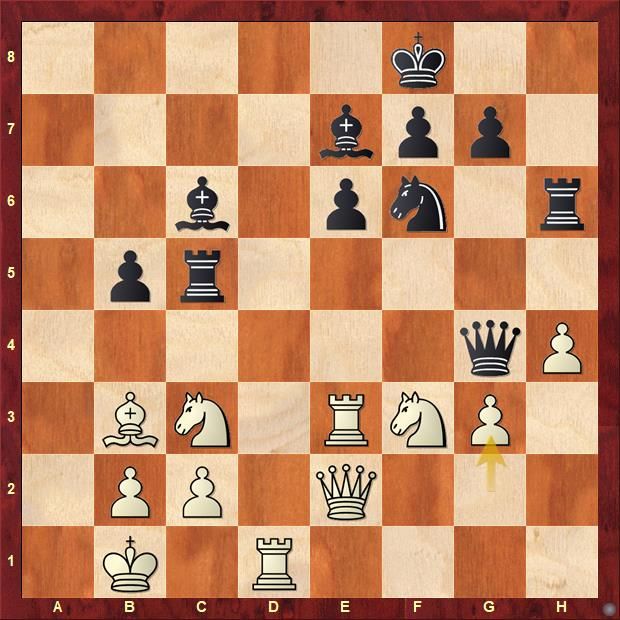 White's position was already uncomfortable. 26.g3 only made things worse. Find out why. 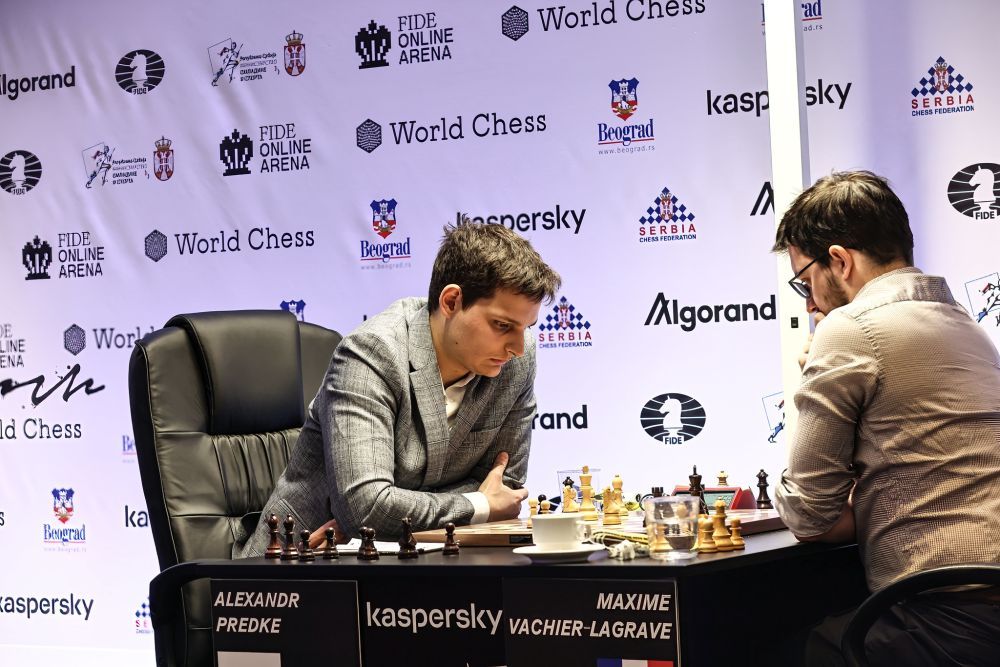 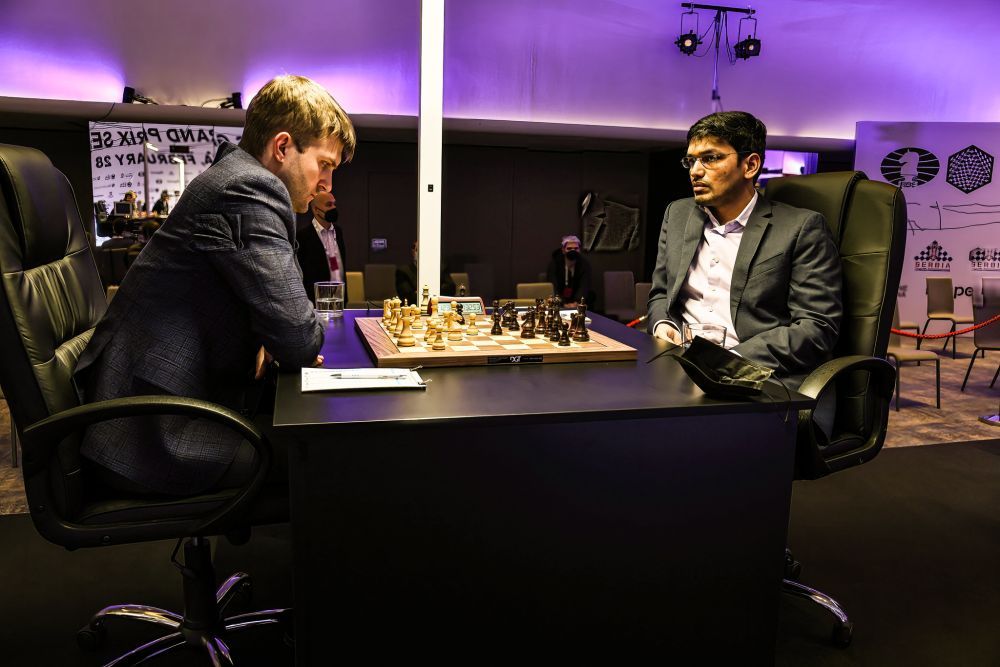 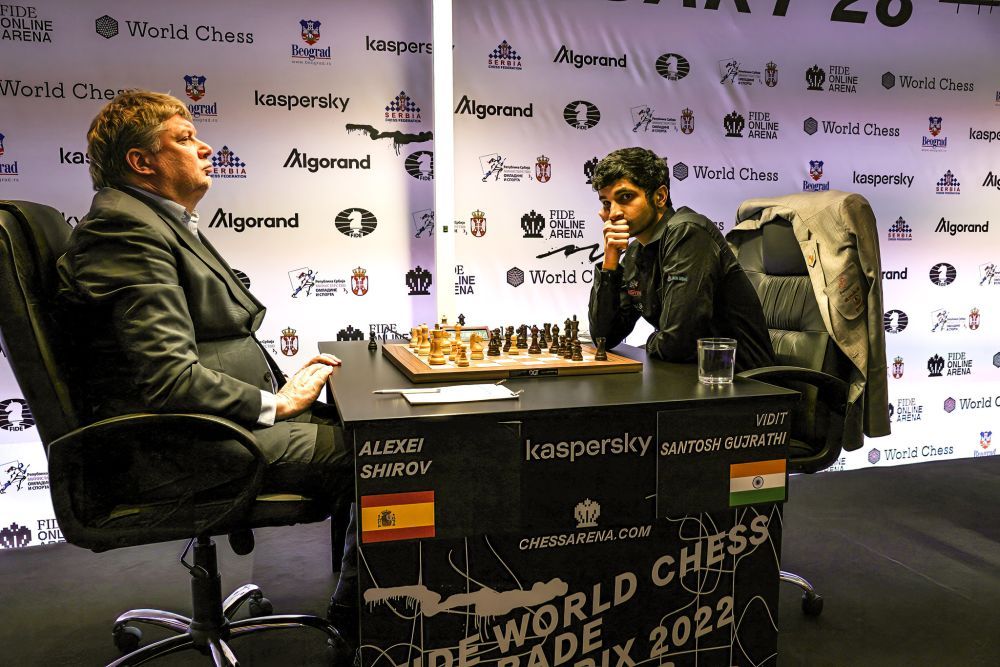 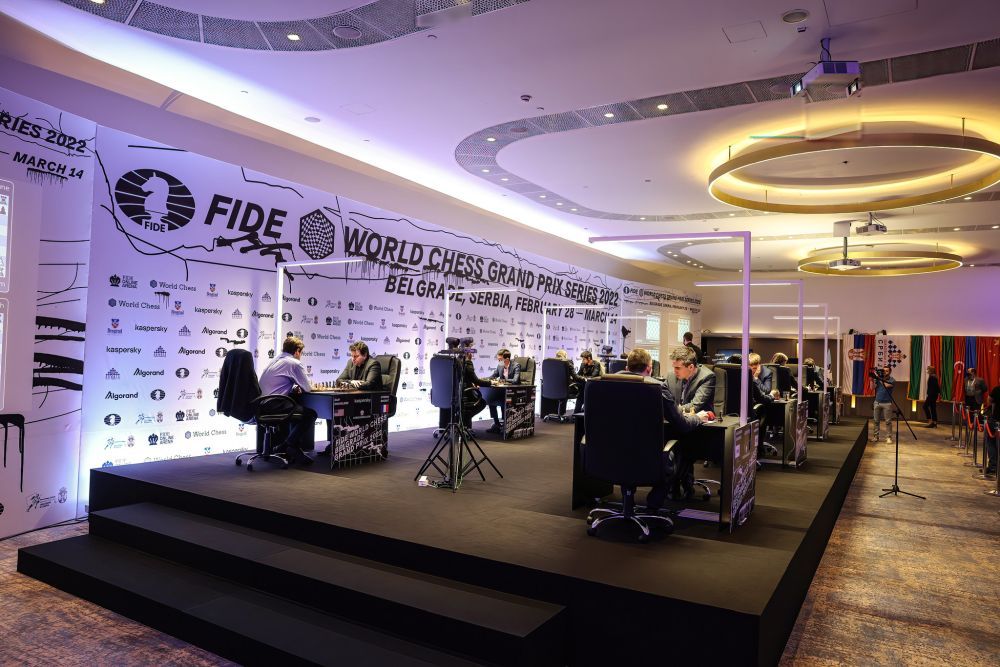 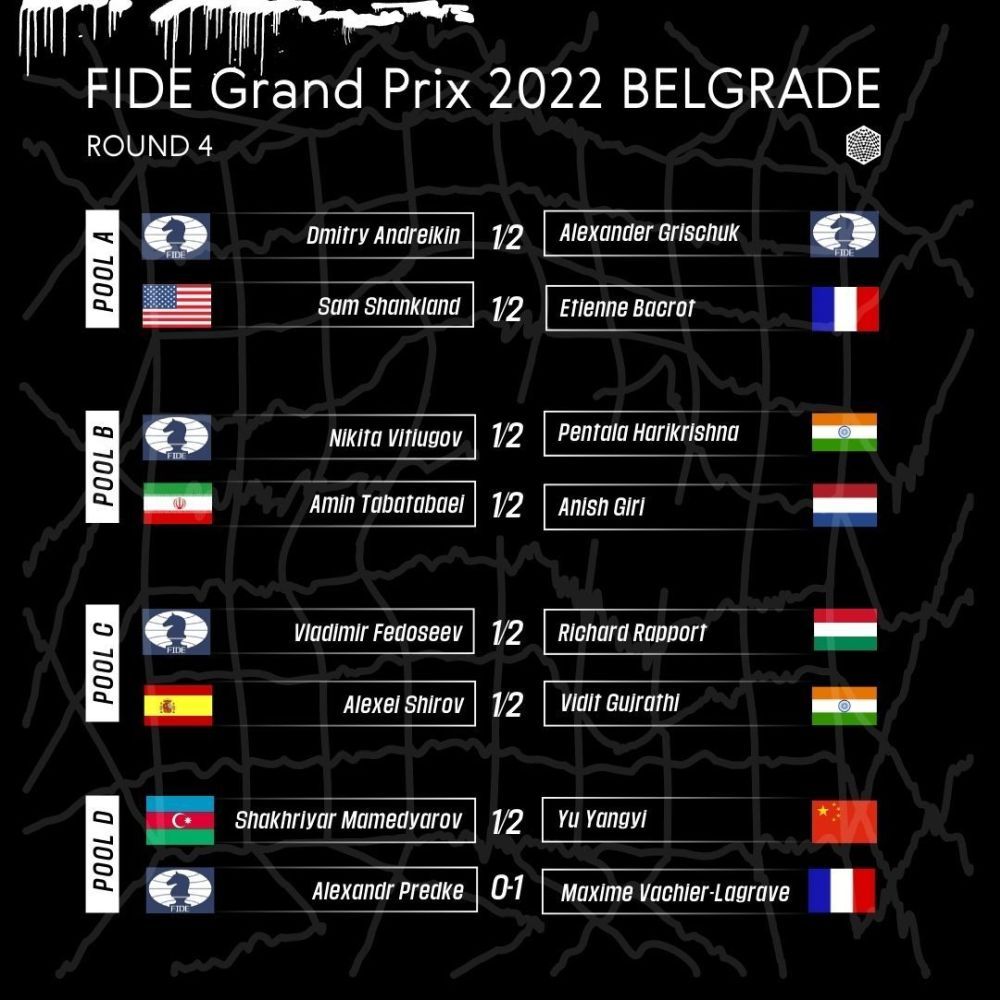 Maxime Vachier-Lagrave scored the sole victory of Round 4 | Photo: FIDE