IM Ernesto J Fernandez Guillen (CUB) scored 7.5/9 to win 4th Sant Adria International Open 2022. He finished a half point ahead of the field. Anustoop Biswas scored 7/9 to finish second. He finished a full point ahead of the rest. FM Mike Ivanov (CAN) not going for a threefold repetition against the eventual runner-up, Anustoop, in the final round proved costly. Had he drawn it, he would have finished second. The loss put him in the third place. The total prize fund of the tournament was €3030. Top three prizes were €700, €400 and €300 along with a trophy each. Photo: IO NA Ricard Llerins

Ritvik Krishnan is on the rise 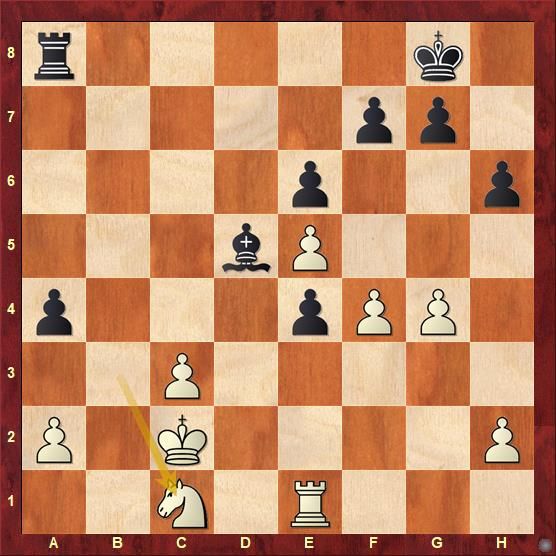 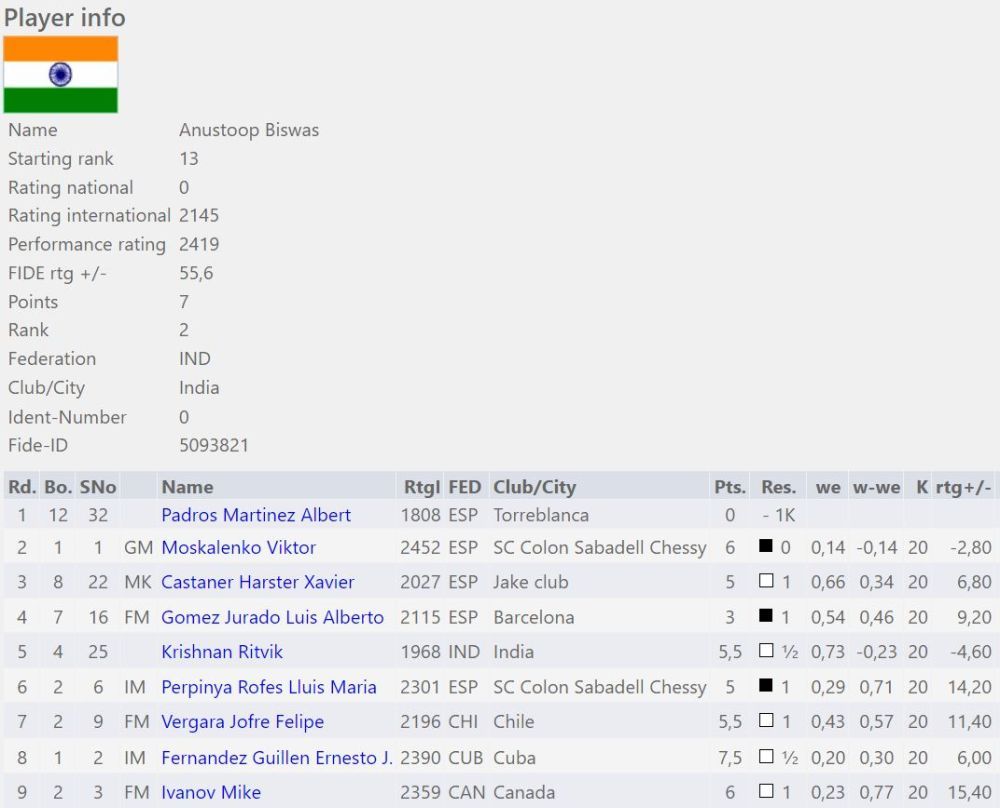 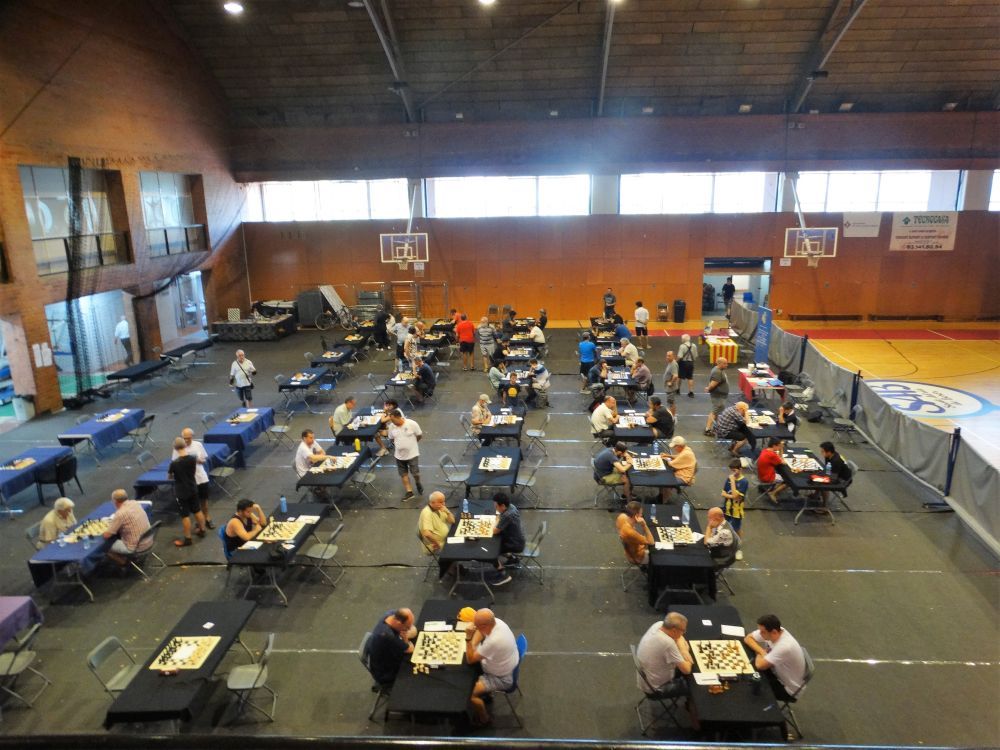 A total of 36 players including a GM and 4 IMs took part in the Open A (>=1950) and 48 in Open B tournament from 7 countries across the world. The tournaments were organized by Miquel Tarrago Domingo from 11th to 18th August 2022 at Pavello Esportiu Marina de Sant Adria, Passeig Dolores Ibarruri in Spain. The time control was 90 minutes + 30 seconds increment.