India no.2 D Gukesh and no.4 Pentala Harikrishna played a key role in C A Solvay winning Spanish Team Championship Honor Division along with GM Oleg Korneev, GM Anna Muzychuk and GM Miguel Santos Ruiz among others. The team scored 11/14 to finish first, two points ahead of the field. It was an eight-team round-robin event. Their sole loss of the tournament was against Andreu Paterna by a minimum margin. Nihal Sarin was part of the team. Solvay's sole draw was with the team - DuoBeniajan Costa Calida. S L Narayanan also was instrumental in his team Myinvestor Casbalanca winning the First Division and qualifying to the Honor Division for next edition. Photo: FEDA

Apart from Gukesh who made his debut for C A Solvay, GM S L Narayanan also played for Myinvestor Capablanca for the very first time. His teammates were Spain no.1, GM Francisco Vallejo Pons, Brazil no.2, GM Alexandr Fier, top woman of Spain, IM Sabrina Vega Gutierrez among others. Narayanan score 5/7 on Board no.2 which is the second-highest individual score for his team, after Vallejo Pons 5.5/7 on the top board. 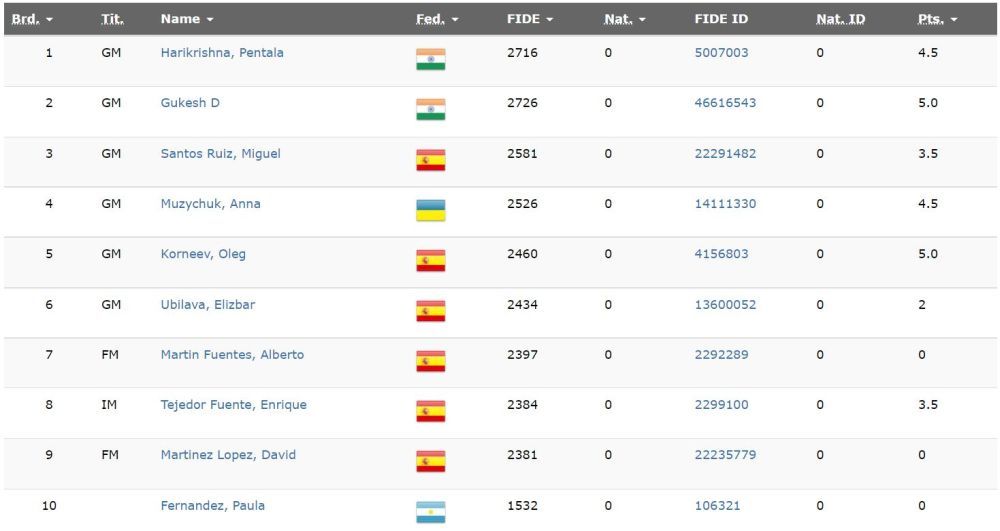 Four out of top five players scored 4.5 and 5/7 each for team Solvay 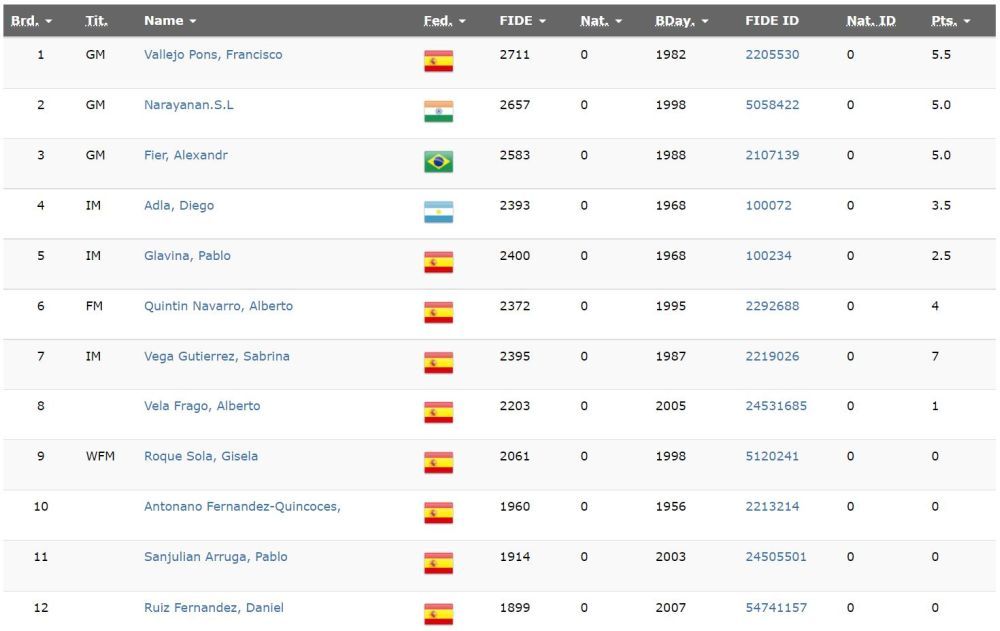 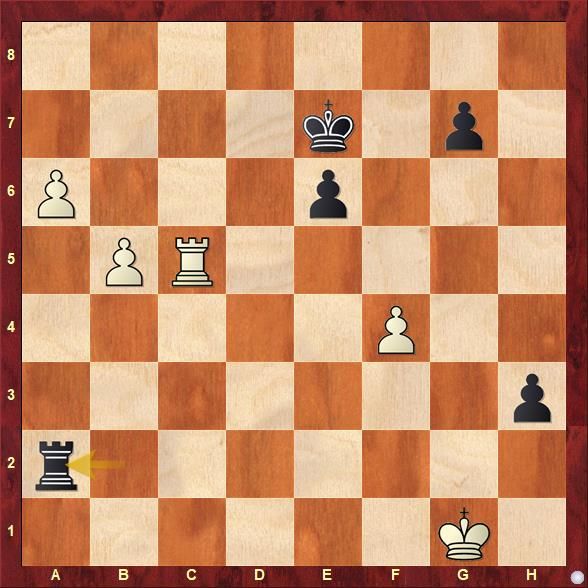 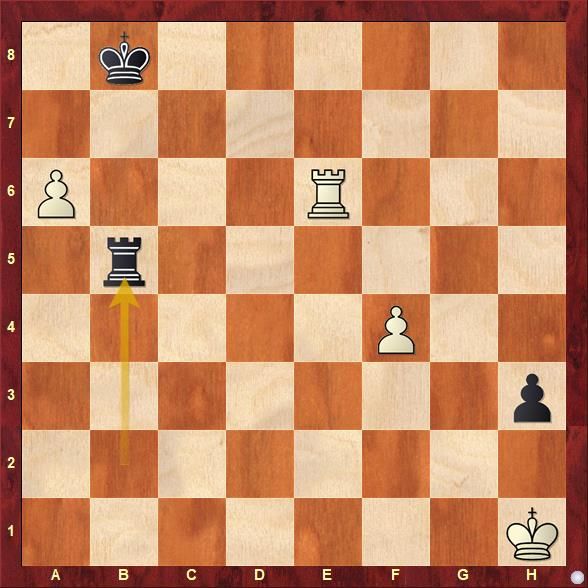 White can still win this. He just needs to use his f-pawn and keep the Black king cut-off by controlling the e-file. Well, the idea is easy to grasp, however the execution of it, is not. 57.Re3 Rb1+ 58.Kh2 Rf1 resourceful Shirov has managed to save a half point. Find out what White should have done instead. C A Silla 60 Aniversario lost to C A Solvay by a minimum margin 3.5-2.5 in this round. 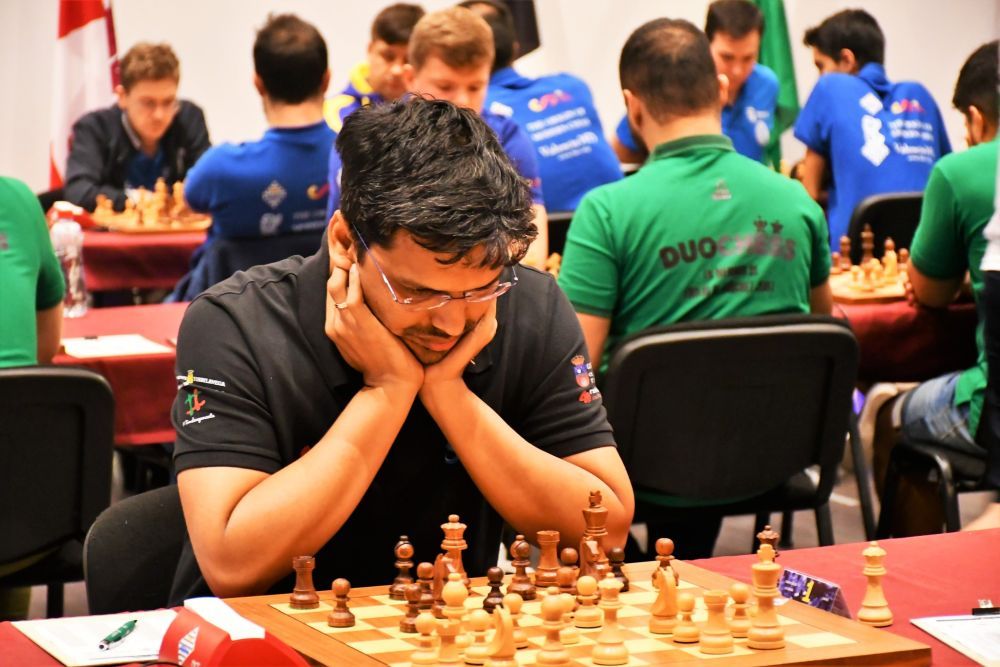 Harikrishna scored an unbeaten 4.5/7 on Board no.1 | Photo: FEDA 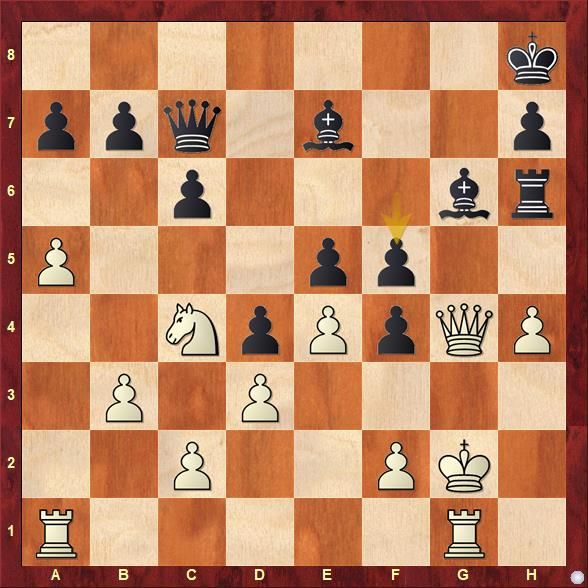 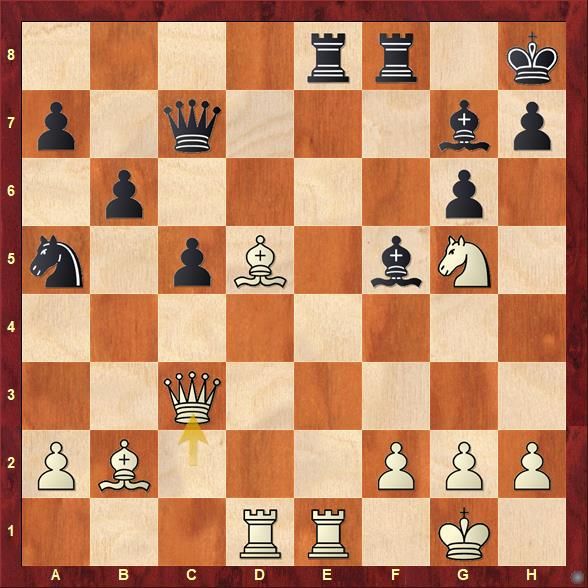 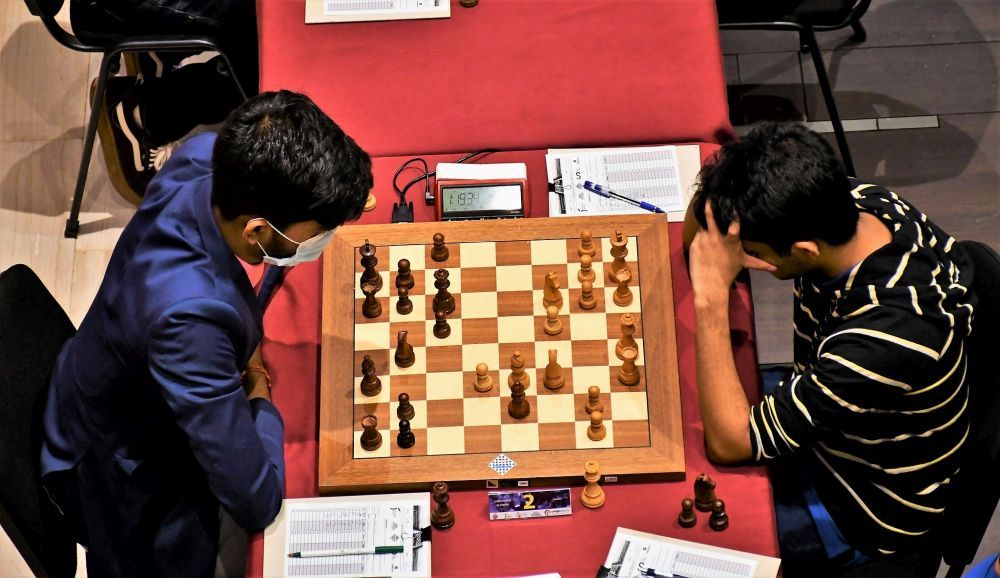 If you are wondering who won the game between Nihal Sarin and D Gukesh, you have to wait a little longer as this one ended in a draw | Photo:FEDA
Nihal Sarin vs D Gukesh - Analyzed by IM Sagar Shah | Video: ChessBase India 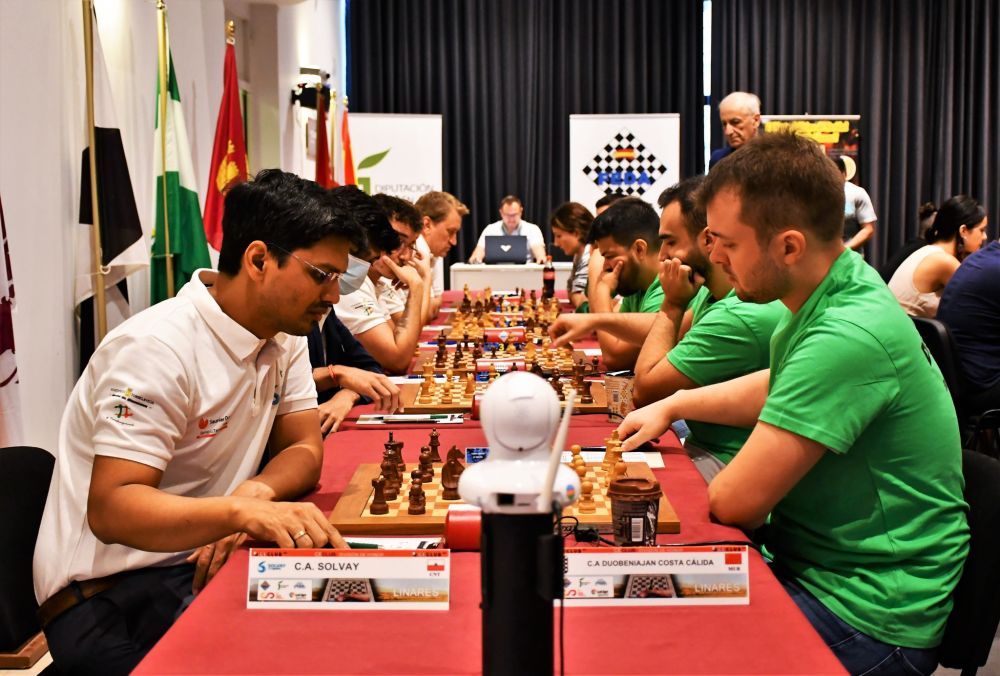 The only 3-3 draw C A Solvay conceded in the entire tournament was against DuoBeniajan Costa Calida in the fifth round | Photo: FEDA 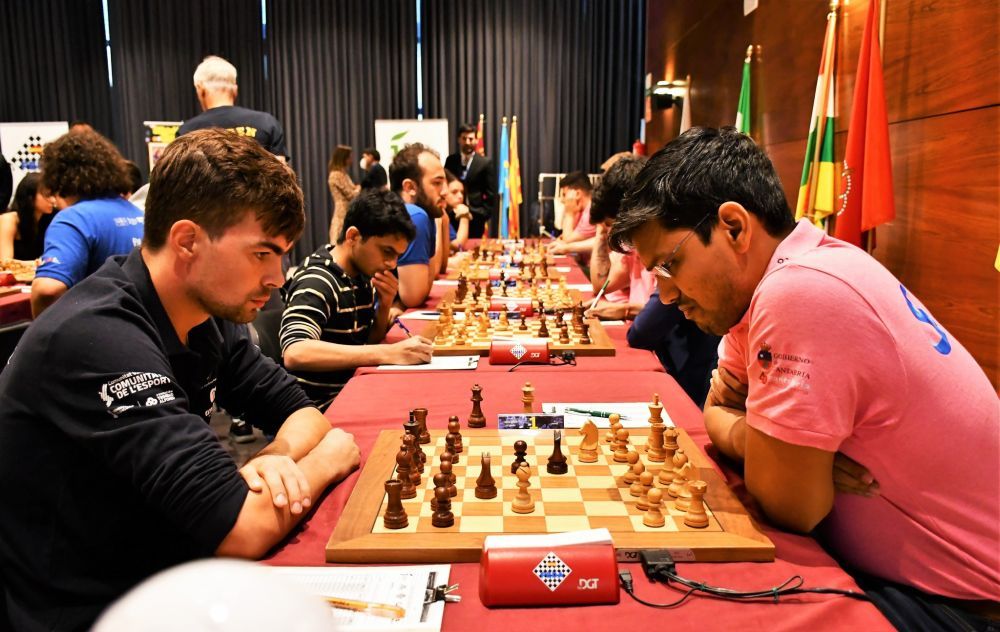 Andreu Paterna was the only team to beat the eventual winner C A Solvay by a minimum margin in the penultimate round | Photo: FEDA 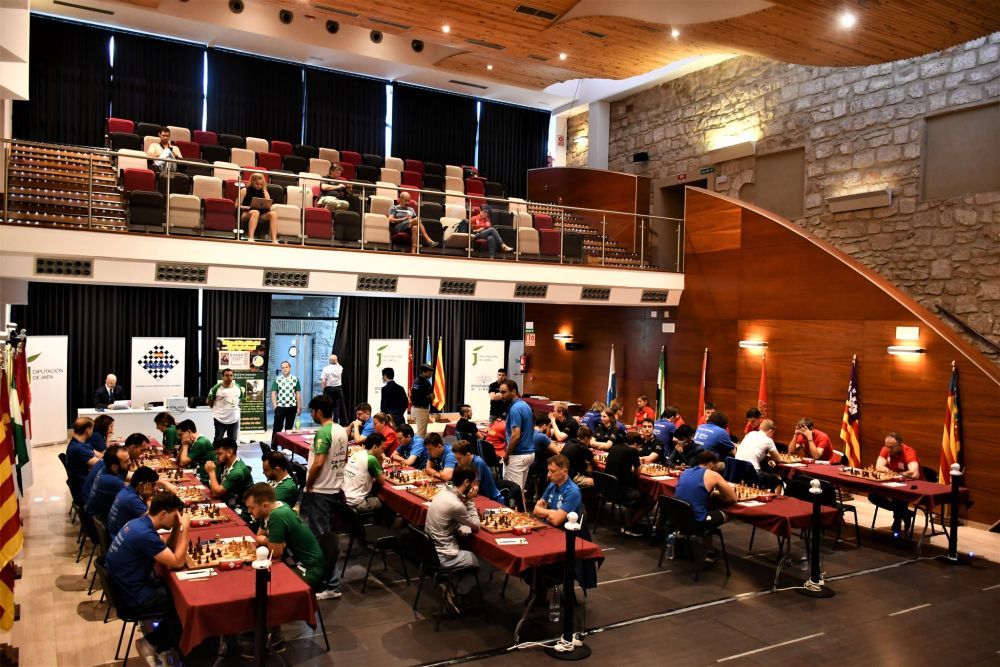 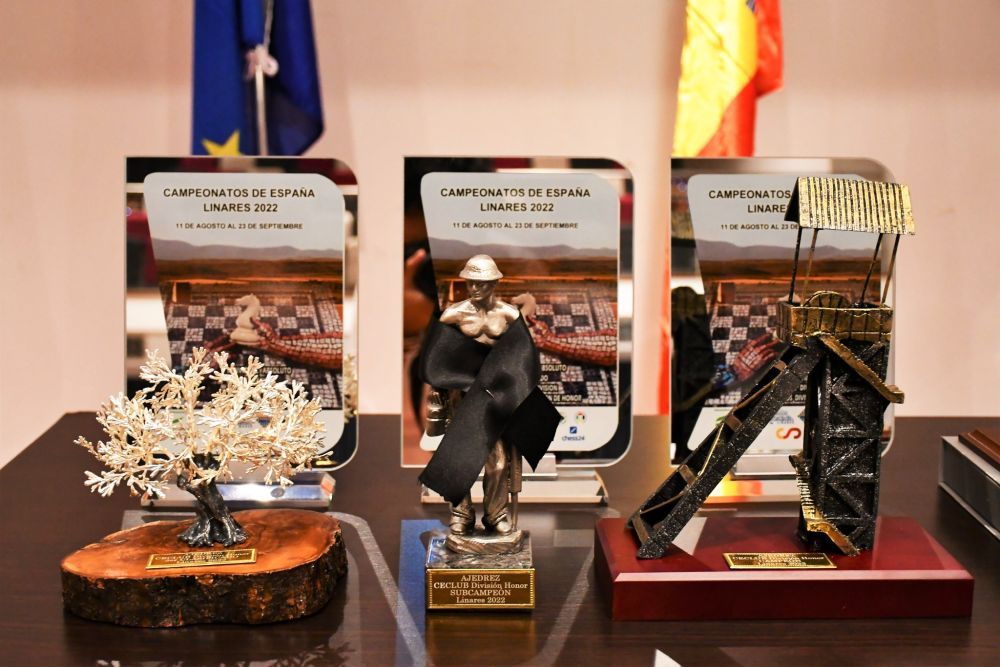 This is Harikrishna's second league triumph of the month after he won Polish Extraliga for team Wroclaw Polonia for third year in-a-row earlier. It goes without saying that Harikrishna is definitely a strong team player.

Gukesh tweeted his thoughts on his debut for team Solvay, the tournament and more

We all miss the Linares tournament, just like Gukesh. We hope it makes a return someday with a stellar lineup like it is famous for

A total of eight teams in both Honor and First Division played in a round-robin tournament. Only six out of 10-14 members could play in each round. The tournaments took place in Linares, Spain from 17th to 23rd September 2022. The time control was 90 minutes + 30 seconds increment per move.