FM Aaryan Varshney got himself closest to the Delhi State Open title in 2017 when he finished at the third position. However he changed that in 2021 and added another State title to his growing list of championships as he scored an unbeaten 6.5/7 to become Delhi State Open champion. He finished a half point ahead of the competition. He immediately took part in Delhi State Under-25 where he scored 5.0/5 but he was placed second after Harshit Pawar as he had a better tie-break score. Aaryan annotates two of his games from each event and shares his thoughts about playing over-the-board tournament after a long time. Photo: Niklesh Jain

FM Aaryan Varshney has two IM-norms and he has won multiple Delhi State championships in Under-13, 15, 17, 19, Rapid and Blitz. He is also a former National Under-13 champion. However he has not won Delhi State Open title. He checked off that from his list of accolades as on Saturday 27th March 2021, he scored an unbeaten 6.5/7 and finished a half point ahead of the competition to become Delhi State Open champion for the very first time in his career. Three players finished with 6.0/7. Mayank Sharma Nandkishore and Santu Mondal were placed second and third according to tie-breaks. 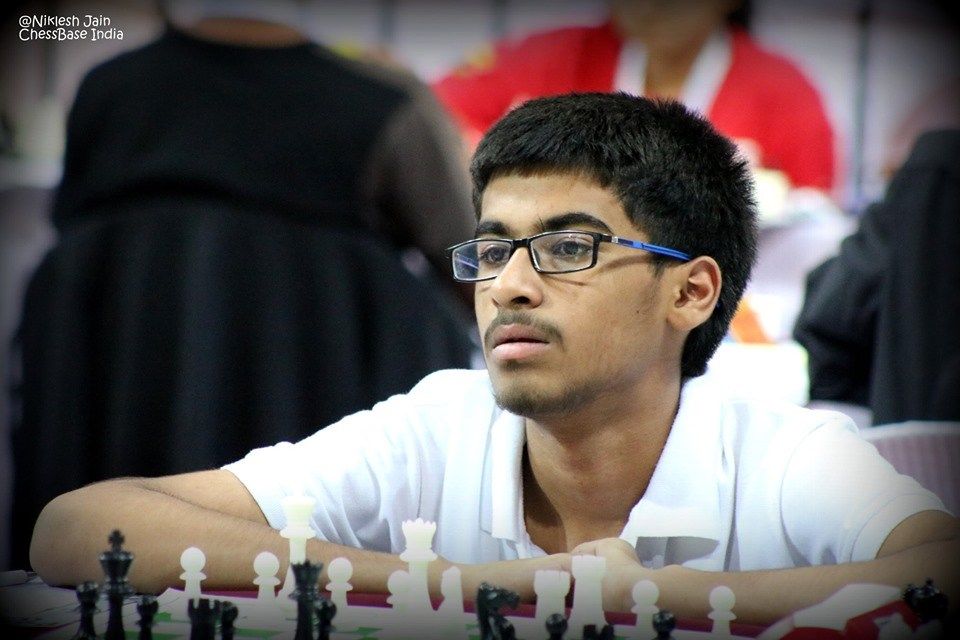 Immediately after winning Delhi State Open, Aaryan started playing in Delhi State Under-25 and on the following day he finished with 5.0/5. Harshit Pawar became champion due to better tie-breaks and Aaryan had to settle with the second position.

We caught up with Aaryan after he finished both of his Delhi State championships to gather his thoughts.

Shahid Ahmed (SA): What are your thoughts on winning Delhi State Open and also finishing tied first in State Under-25?

Aaryan Varshney (AV): I am very much happy with my performance in Delhi State Open Chess Championship. I was waiting for this event since last few years but was not getting success. This year finally I got it. I played it at Jawaharlal Nehru Stadium from 24th to 27th March 2021. A total of 114 players from Delhi participated in this reputed tournament. I became champion in this tournament and added one more achievement in my chess career being as Delhi state champion-2021. Now I will represent Delhi state in National Senior Chess Championship 2021.

I faced Mr. Nassir Wajih (2141) in my 7th and last round. I defeated him in a tough fight and achieved the Delhi State Championship-2021 with a lead of half point. ln this tournament I remained undefeated in 7 rounds. I scored 6.5/7. I won six games and drew one game. My sincere thanks to Mr. A K Verma, Hon. Secretary, Delhi Chess Association who conducted this tournament in this tough time of corona. In under-25 I was unlucky as Harshit Pawar and I was on same points but due to having less Buchholz I was ranked second here.

SA: How was it playing and winning an over-the-board tournament after a long time?

AV: It was a great experience for me to play over the board after such a long time. I was missing it since long. it was required very much for the youngsters like me and many other emerging players in India. I got a great practice in this tournament. but unluckily the effect of covid-19 is again spreading in all over India due to which National Senior has got cancelled which is not a good news for all chess community.

SA: Which was the last otb event you played?

AV: My last over-the-board tournament was Delhi International Open GM 2020, category A. In this event I drew with 3 GMs - Adam Tukhaev (2548), Aleksey Goganov (2583) and Alberto David (2562). I was very close to get my third and final IM-norm here. In the second last round I got a target to win against GM Cristhian Camilo Rios (2498). but that was not my day and I lost against him. So I couldn't get my third IM-norm that time but I was pretty sure to achieve it very soon. 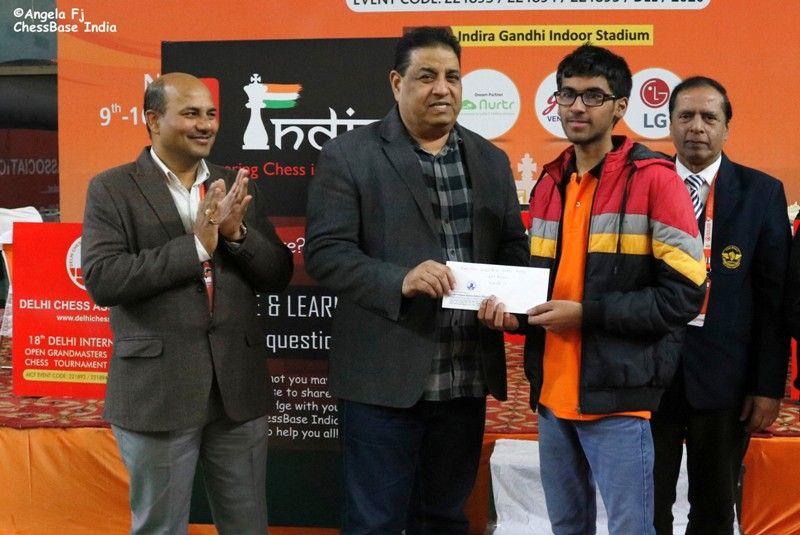 SA: How are you dealing with the ongoing pandemic?

AV: I was disappointed with this pandemic as I was very close to become International Master that time but later on I took this pandemic as a challenge. I started to play online chess on lichess, chess.com and various other platforms. I had played only a little bit online chess before this. I won many international online events on these platforms. It increased my level of chess. I got chance to play with many great GMs and IMs on these platforms continuously. In over-the-board tournaments it is not easy to play with so many GMs and IMs frequently. I got a lot of chess knowledge by playing with these great players.

AV: Right now I am studying in tenth class in Bal Bharati Public School, Pusa Road, New Delhi. I have to appear in my board examination in the month of May. I am preparing for that now a days. After tenth class I will focus myself fully on chess to get IM title as soon as possible and then I will concentrate myself to become Grandmaster.

Final Standings of Delhi State Under-25 2021