GM Karthik Venkataraman and IM CRG Krishna are among the five leaders who are at full point 4.0/4 at the conclusion of fourth round at 18th Delhi International GM Open 2020. While Karthik gave a small chance to his young opponent, Krishna had won his game with ease against relatively weaker opponents respectively. Himal was unable to maintain equilibrium against Martinez, Niranjan lost his solid grip against Aleksandrov, Ziaur scored a fine victory over Hesham, Amonatov ended Muthaiah's fantastic run after the latter played way too passive in the fourth round.  Round 4 report with games, analysis and photos. Photo: Rupali Mullick 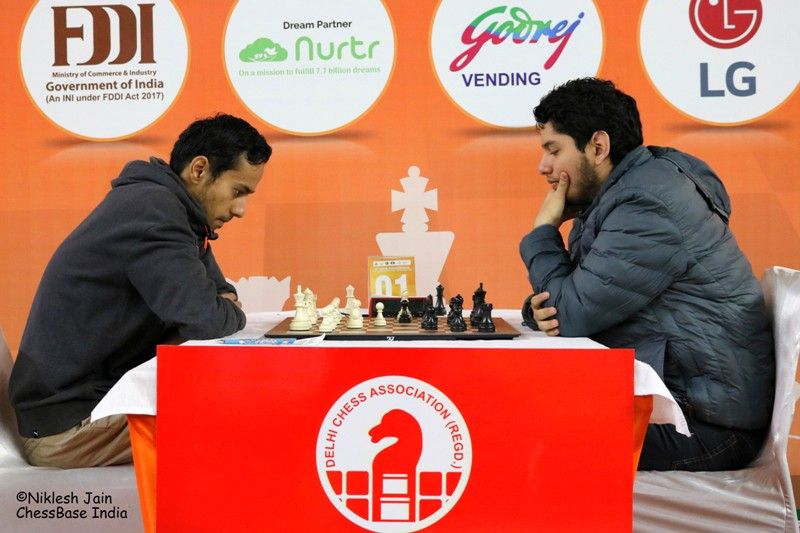 Himal Gusain had an equal but volatile position where he made an incorrect retreat of his king which allowed his opponent to bounce back and win the game in the next twelve moves. 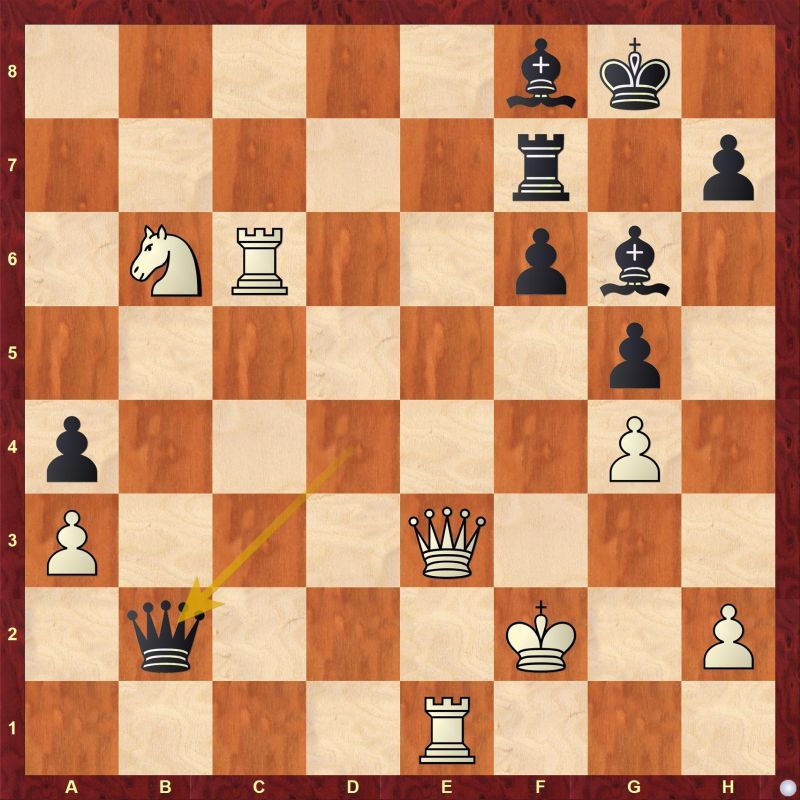 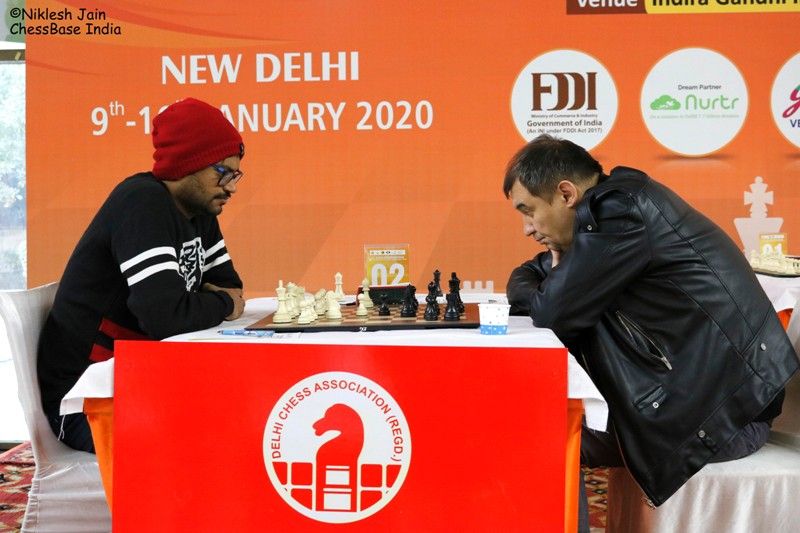 Niranjan had Aleksandrov by the ropes | Photo: Niklesh Jain 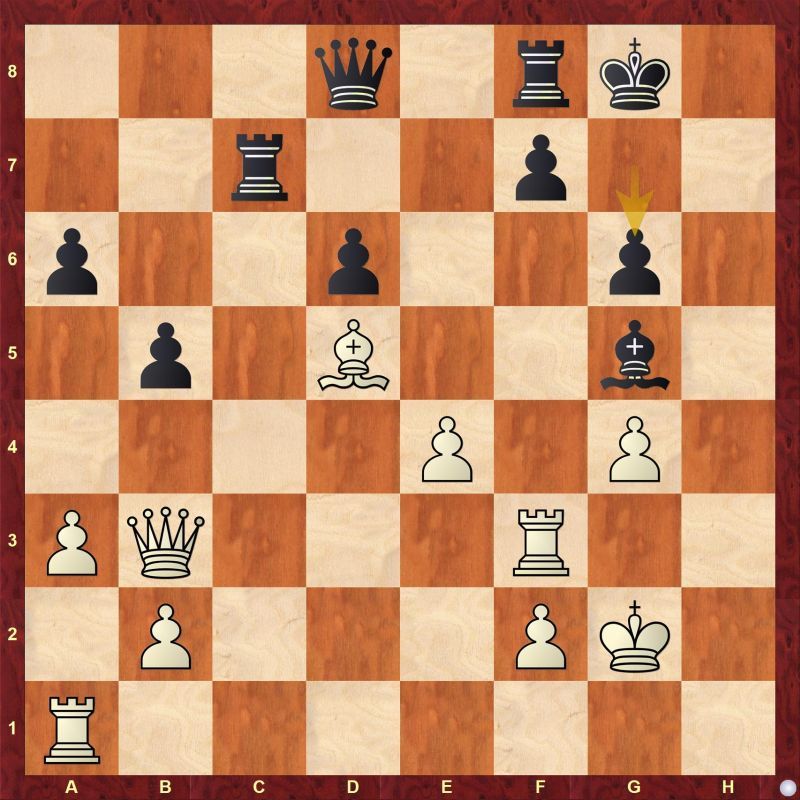 Niranjan had total control of the position after 30...g6. He needed to involve all his pieces into the kingside, so 31.Rh1 seemed quite natural, but white continued with 31.Rh3 and brought the other rook a couple of moves later. 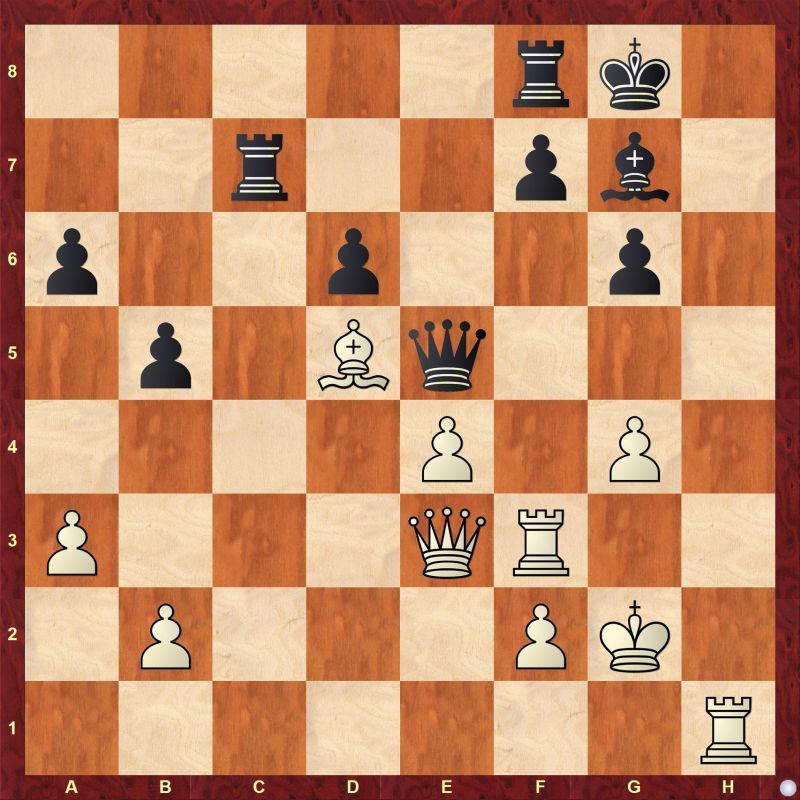 There is nothing concrete happening on the kingside at the moment but black is also momentarily paralyzed. White made the mistake of grabbing pawns on the queenside and allowed black to get back into the game with 35.Qb6 Re7 36.Qxa6 Qg5. Soon white had to give up an exchange and things slowly went downhill for Navalgund. 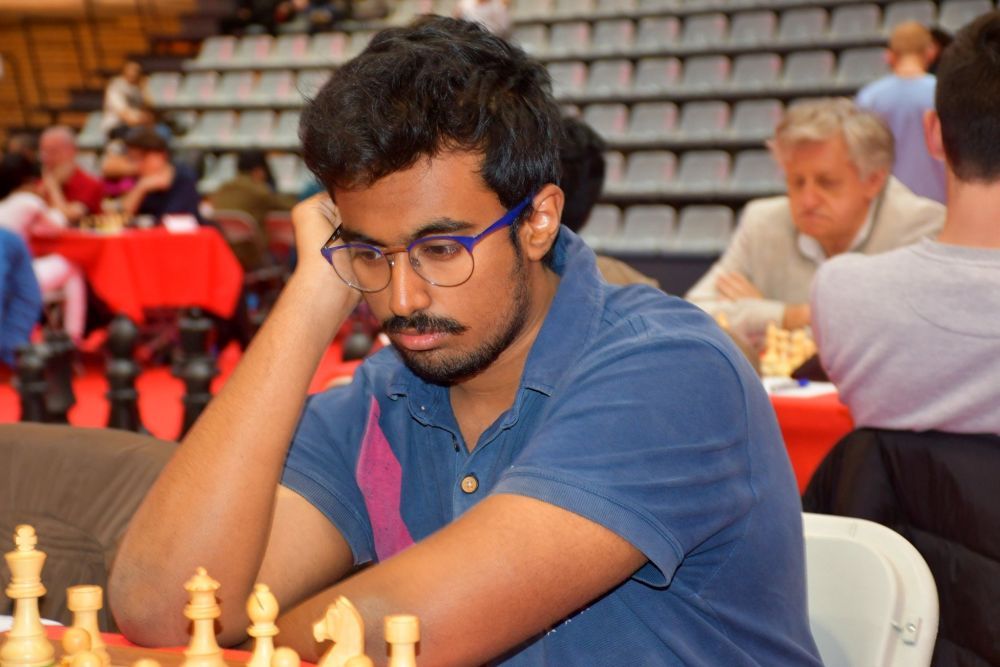 15-year old Ishvi Agarwal had a half chance against GM Karthik Venkataraman. Ishvi had to play the game of her life to score a victory but unfortunately she missed it completely. 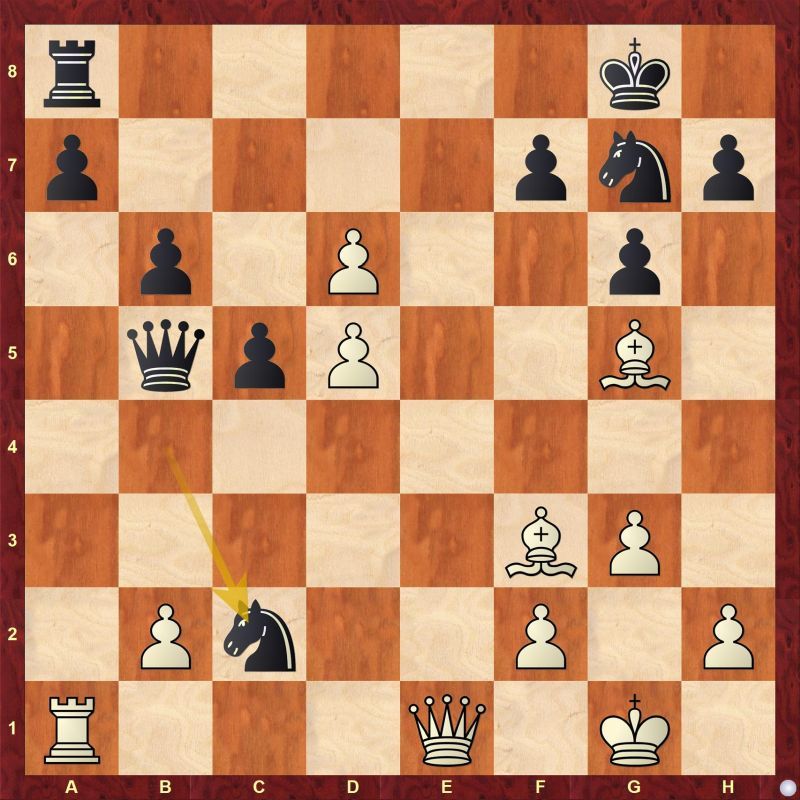 Can you find the winning continuation for white after 22...Nc2 ?

Ishvi played the timid 23.Qf1 and Black managed to save the game with 23...Qd7 and went on to win the game eventually. 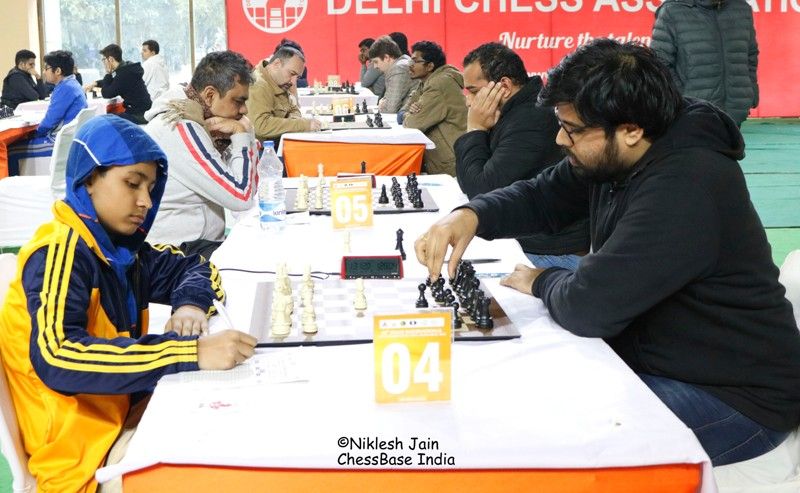 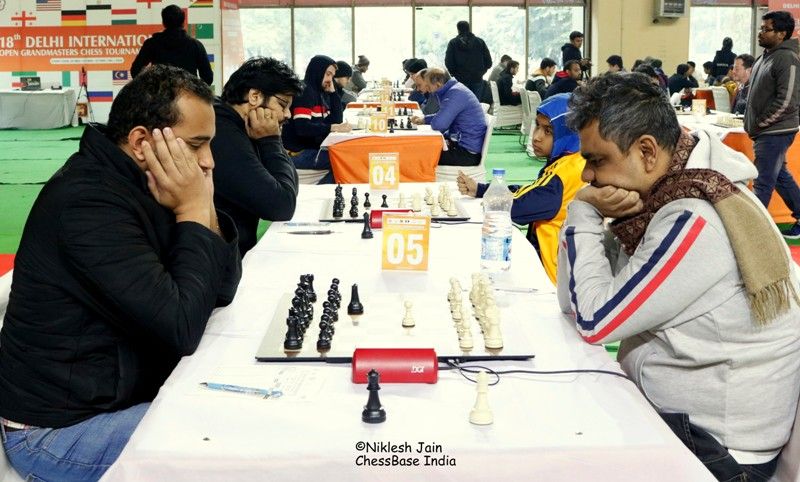 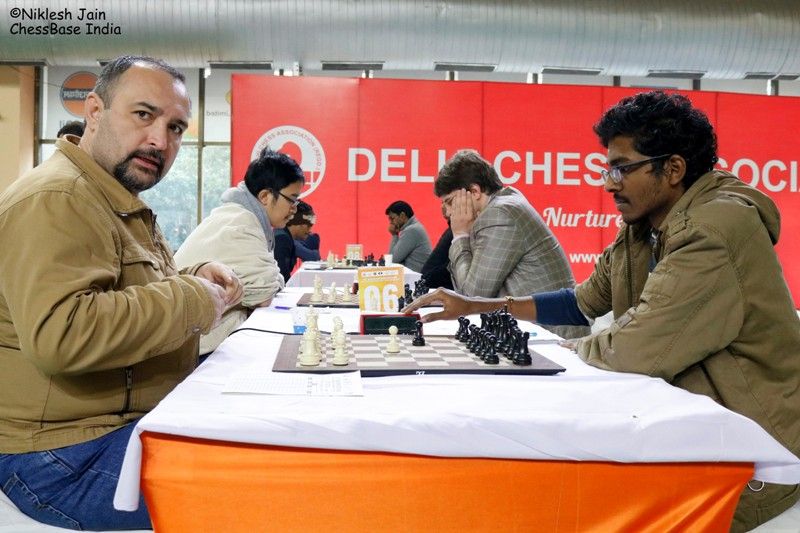 IM Al Muthaiah's brilliant run in the tournament got halted by GM Farrukh Amonatov. Muthaiah started quite fine but then his passive play cost him the game in just 29 moves. 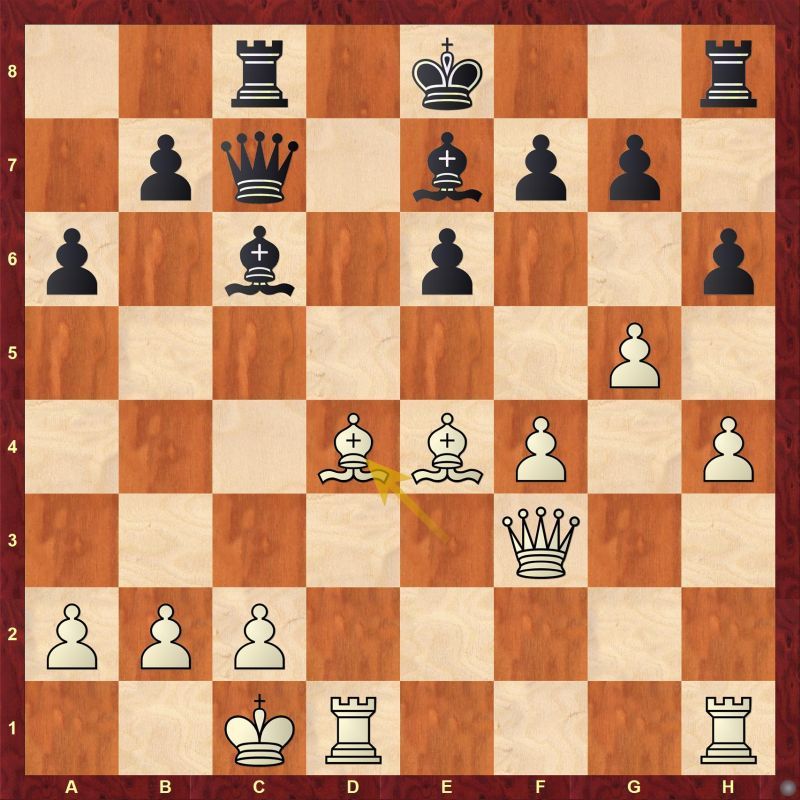 What is the best continuation for Black after 17.Bd4 ?

Black went with 17...Rg8 and slowly things just went out of control for Muthaiah. 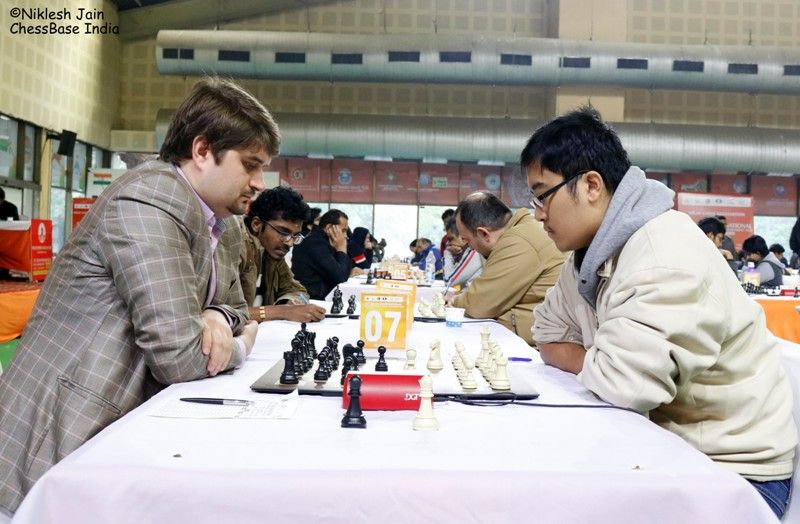 Ponkratov was unable to convert his decisive advantage against Theolifus | Photo: Niklesh Jain

Theolifus had all the luck on his side against Ponkratov as the latter missed a lot of winning chances. 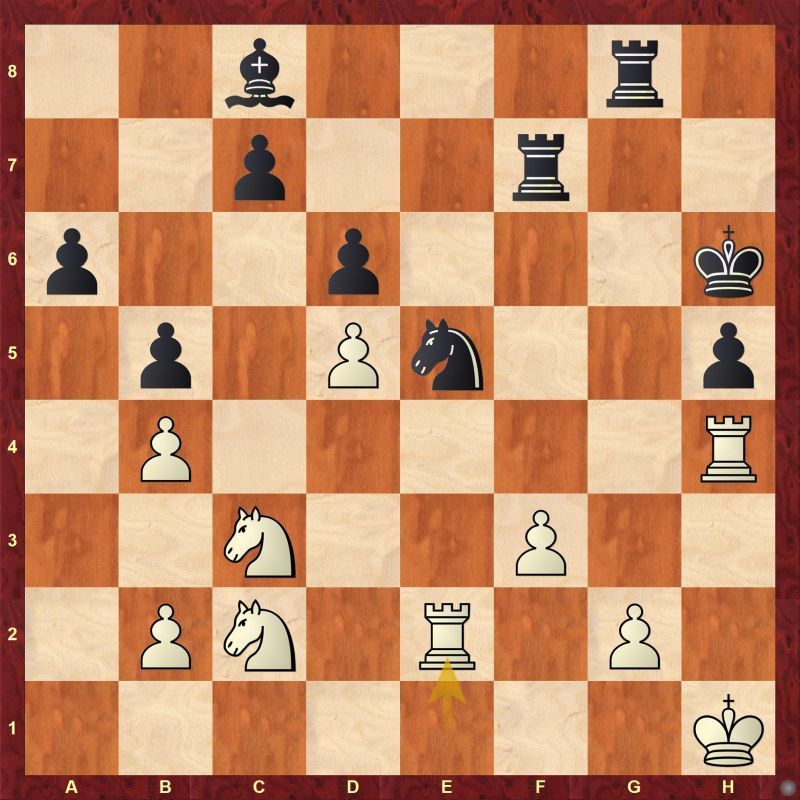 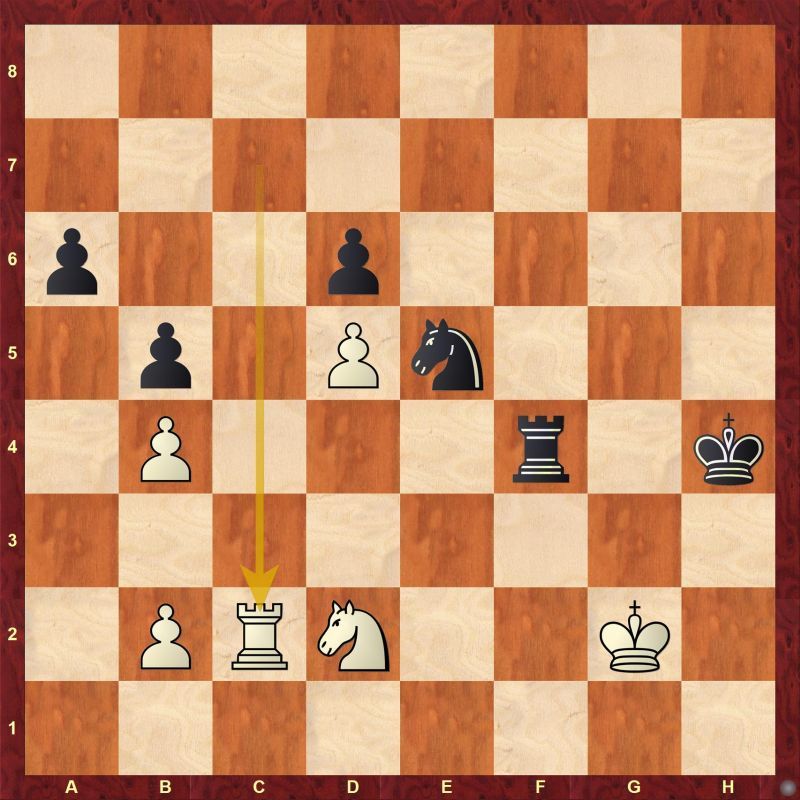 There is an easy win for black here. Can you find it? 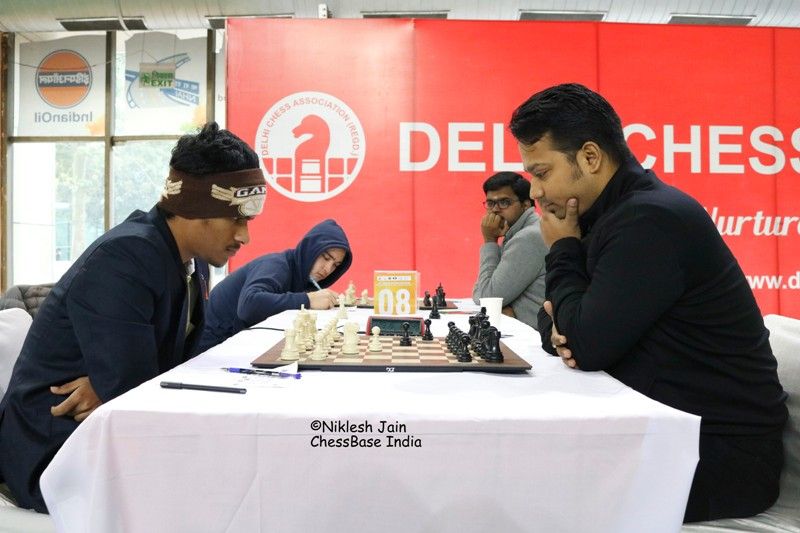 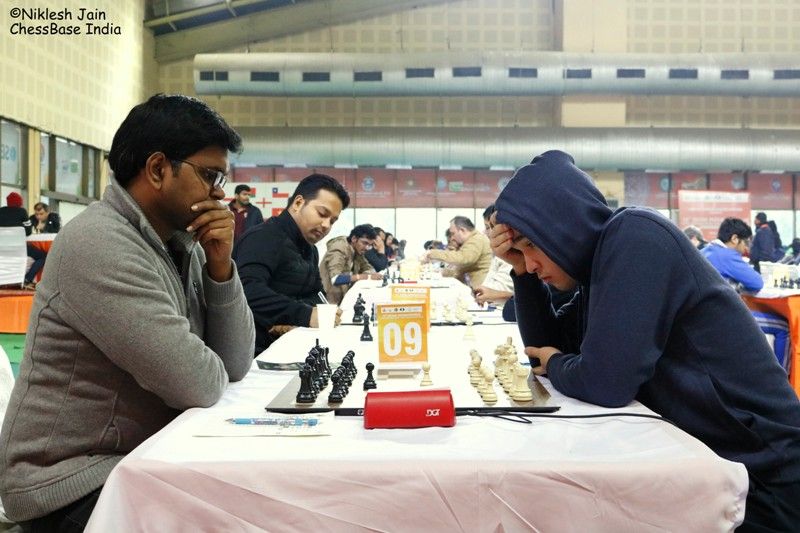