Belarusian GM Alexej Aleksandrov maitained his sole lead by making a draw with Ukrainian GM Adam Tukhaev. He is currently leading with a score of 6.5/7. IM Himal Gusain beat GM Visakh N R and became the only Indian who is a half point behind the leader at 5.5/7. Currently seven Indians are at 5.5/7 and they are - GM Karthik Venkataraman, GM Diptayan Ghosh, FM Pranesh M, GM Abhijeet Gupta, IM Neelash Saha and untitled Lokesh N. While the top board on the eighth round witnesses an All-Belarussian battle between Aleksej Aleksandrov and Alexei Fedorov, the second board witnesses a match between two Indians, Himal Gusain and Abhijeet Gupta. Photo: Niklesh Jain

Himal at a half point behind the sole leader 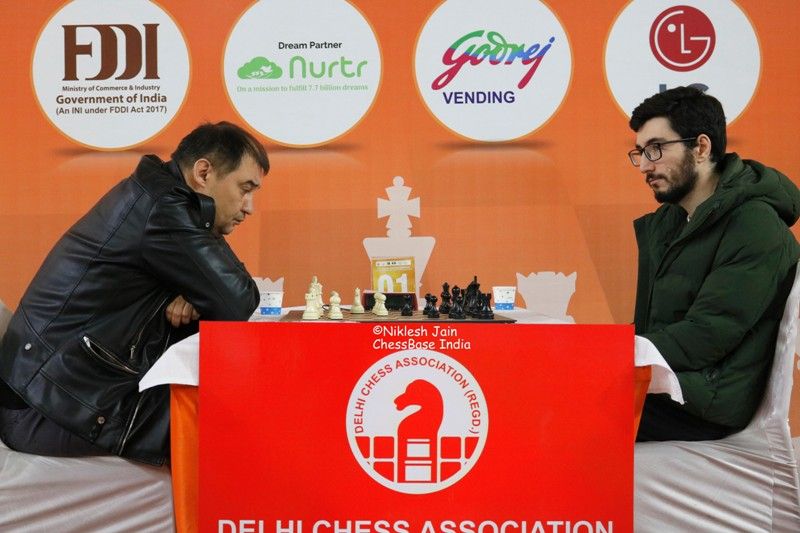 Tukhaev did not give any chances to Aleksandrov | Photo: Niklesh Jain

In Modern Defence Averbakh variation, Tukhaev thwarted all attempts of Aleksandrov to stir up any kind of trouble.

IM Florian Kaczur (2485) made a short draw in just 31 moves against Jose Eduardo Martinez (2606) after pieces got exchanged at a regular interval.

GM Karthik Venkataraman (2479) had a hard fought draw with GM Ivan Rozum (2573) in a game arising out of English opening. 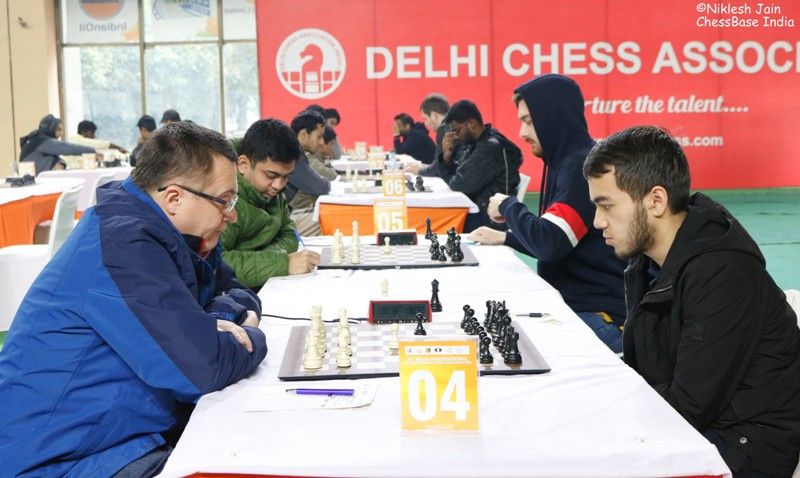 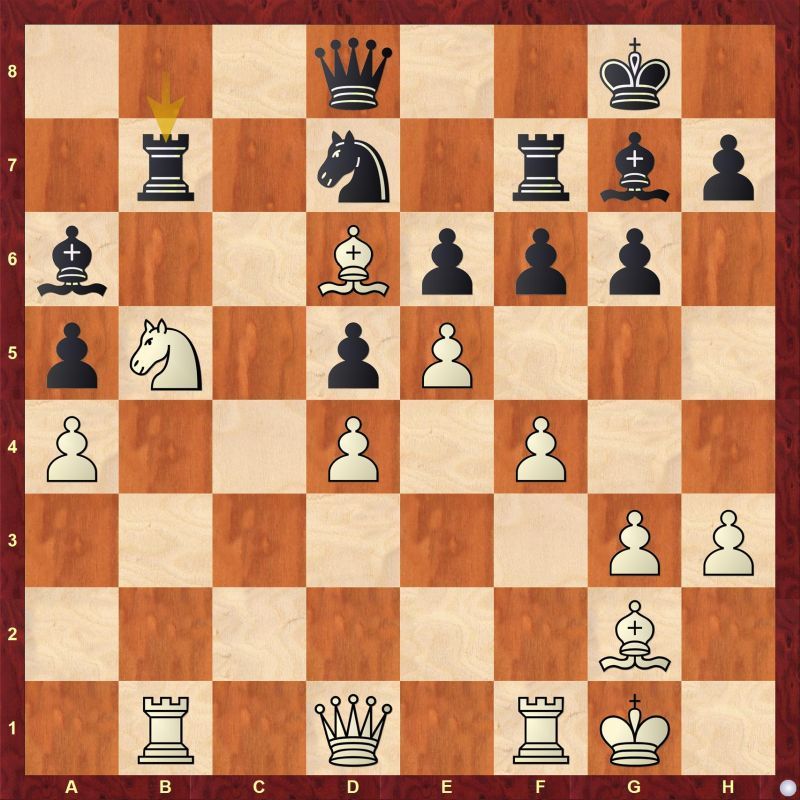 Black made a mistake with 21...Rb7. Find out the correct continuation for white

IM Himal Gusain (2401) got a decent advantage out of the opening against GM Visakh N R (2518) which he had no trouble converting into a full point. 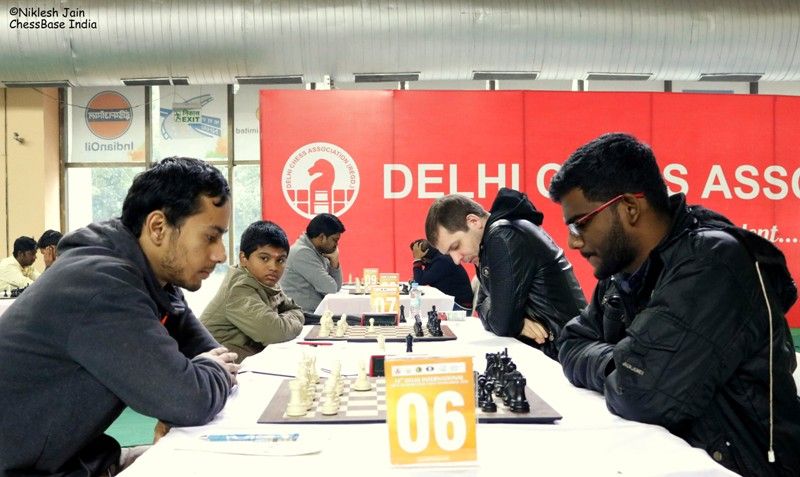 14-year old FM Pranesh M (2317) continued his impressive run as he held GM Stupak Kirill (2506) to a draw. He is well on the verge of scoring his maiden GM-norm. 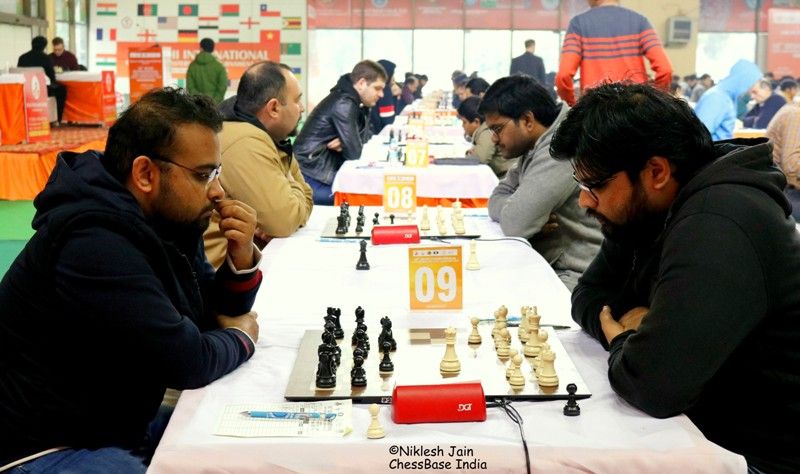 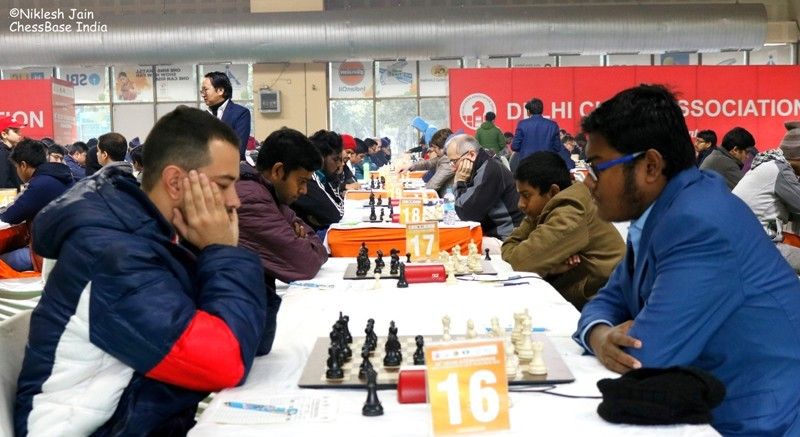 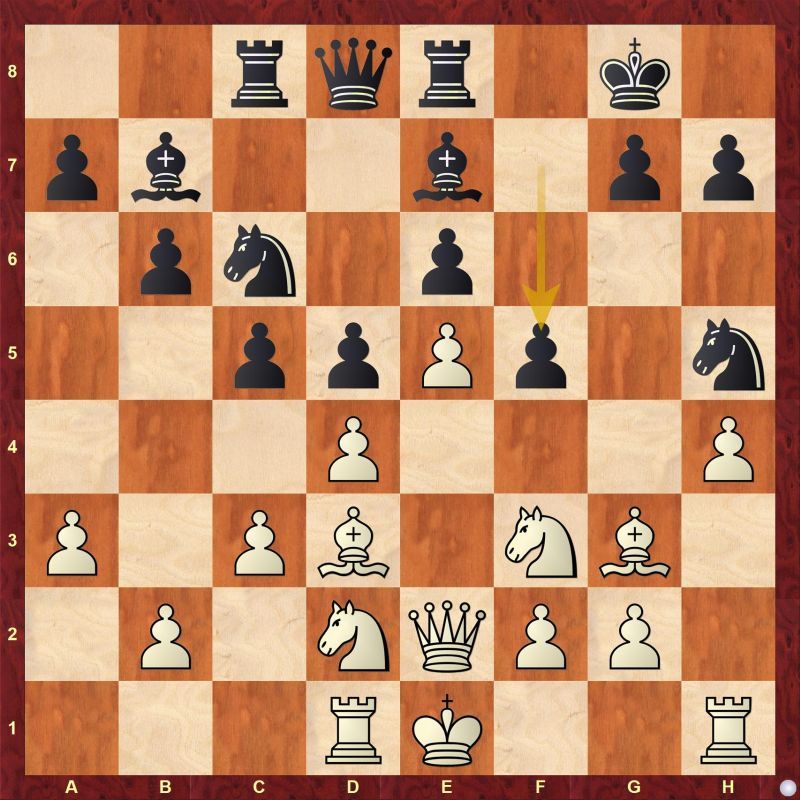 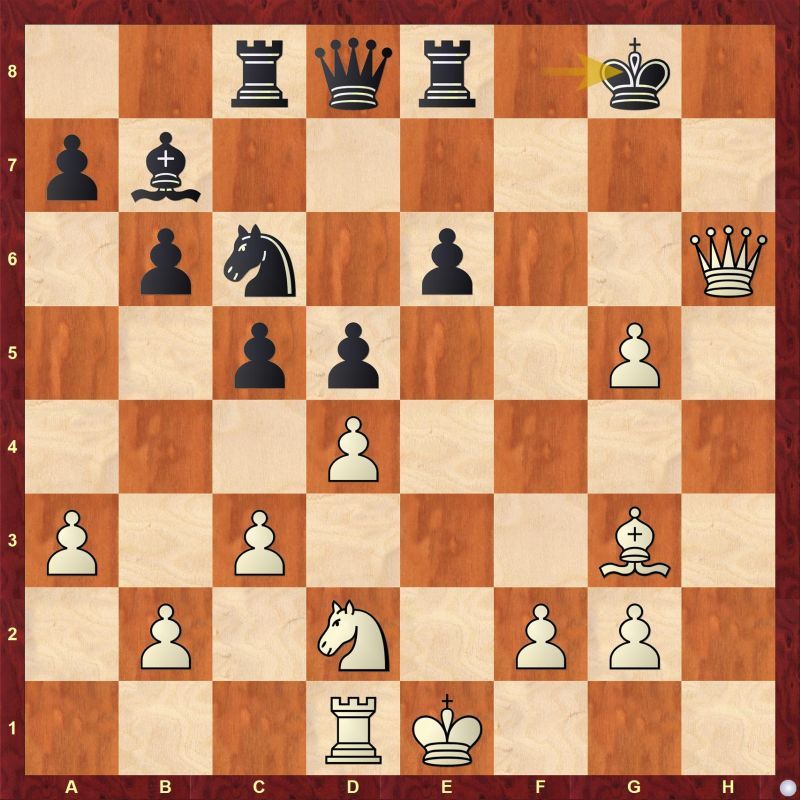 How should white continue the attack after 23...Kg8 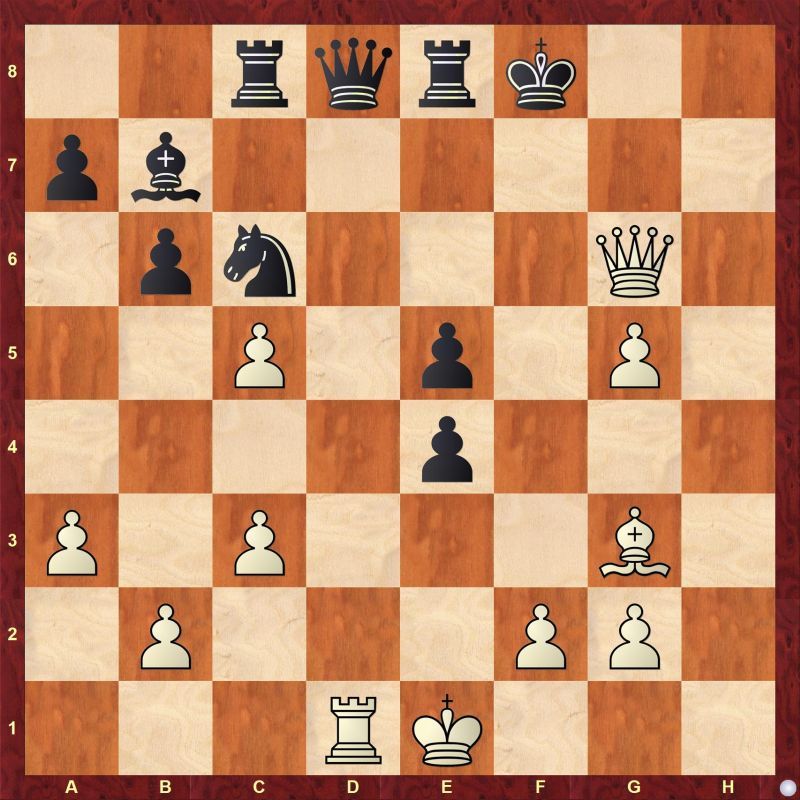 White is completely winning here. Find out the best continuation for white after 26...e5 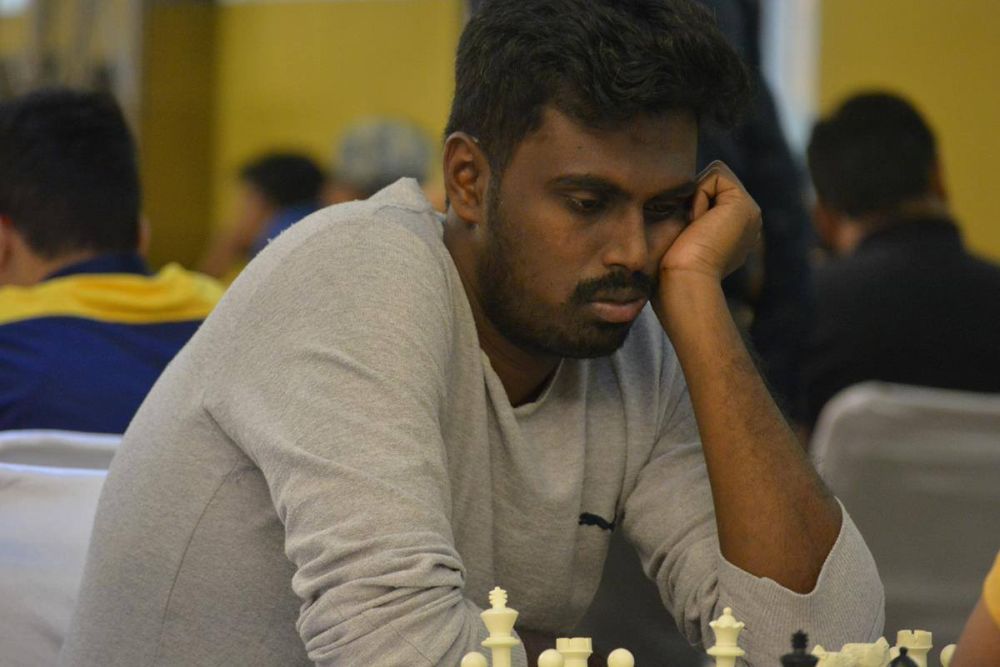 Lokesh scored his first win against a GM in the tournament | Photo: ChessBase India archives