When we look at grandmasters we think that they are infallible, they cannot make mistakes. Nothing can be farther from the truth. Grandmasters make mistakes, it's just that their frequency of errors is much less than that of a non titled player. In the seventh round of the Delhi GM International 2019, Bangladesh's strongest GM for many years and a fantastic chess player Ziaur Rahman (2470) was pitted against Diptayan Ghosh (2544), a strong and talented GM of India. Everything began normally as Ziaur played his Trompowsky. However, on the sixth move, he made a huge blunder. Diptayan saw it immediately, Ziaur saw it too. But he had already made his move. As Black executed his seventh move, all that the Bangladeshi GM could do was to resign the game. Check out the game with move by move diagrams.

This game took place between Ziaur Rahman with the white pieces rated 2470 and Diptayan Ghosh with the black pieces rated 2544 in the seventh round of Delhi GM Open 2019. 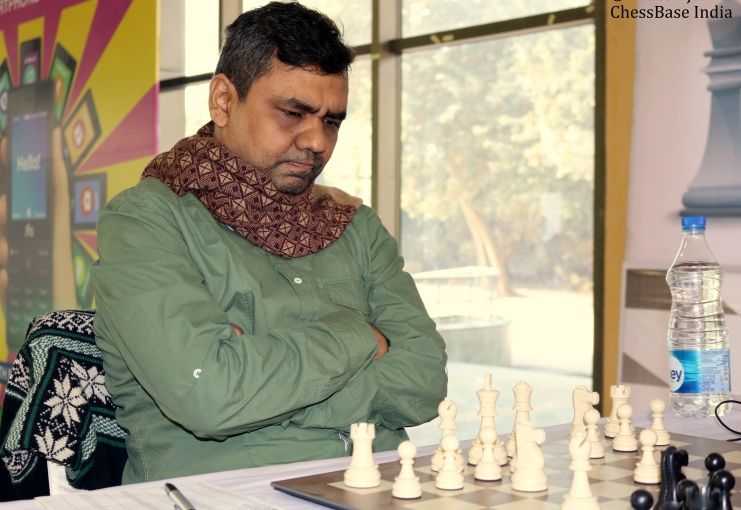 Ziaur Rahman is without question Bangladesh's most popular GM. His achievements in the past have been phenomenal including a draw against Magnus Carlsen at the Dresden Olympiad in 2008 | Photo: Niklesh Jain 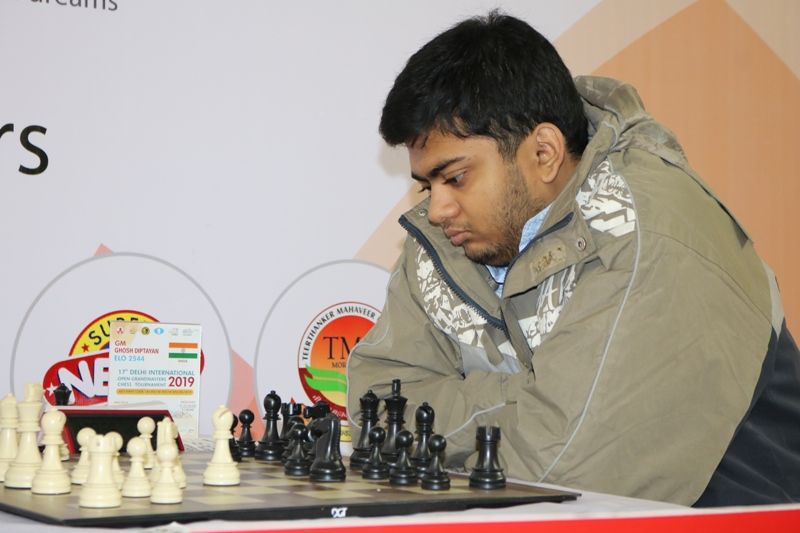 Diptayan Ghosh, is India's finest GMs and very rarely underperforms. He is solid and more often than not it is extremely difficult to beat him | Photo: Niklesh Jain

A game between these two GMs was going to be very exciting. However, they shook hands within ten minutes and the game was over! What happened? Let us take you through. 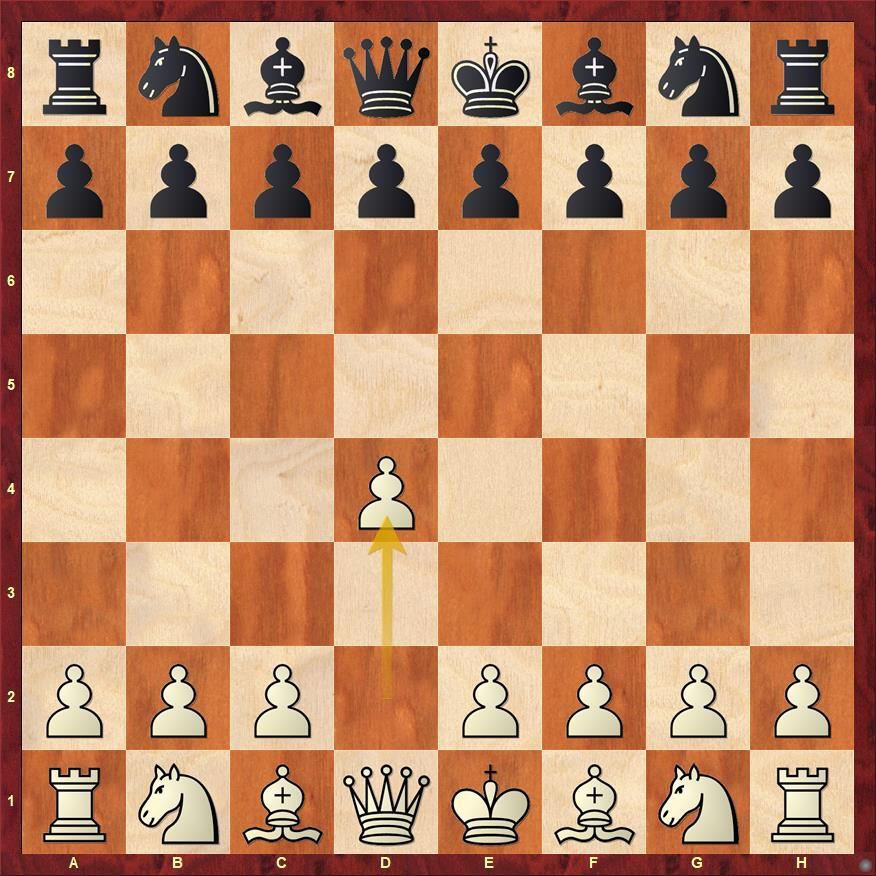 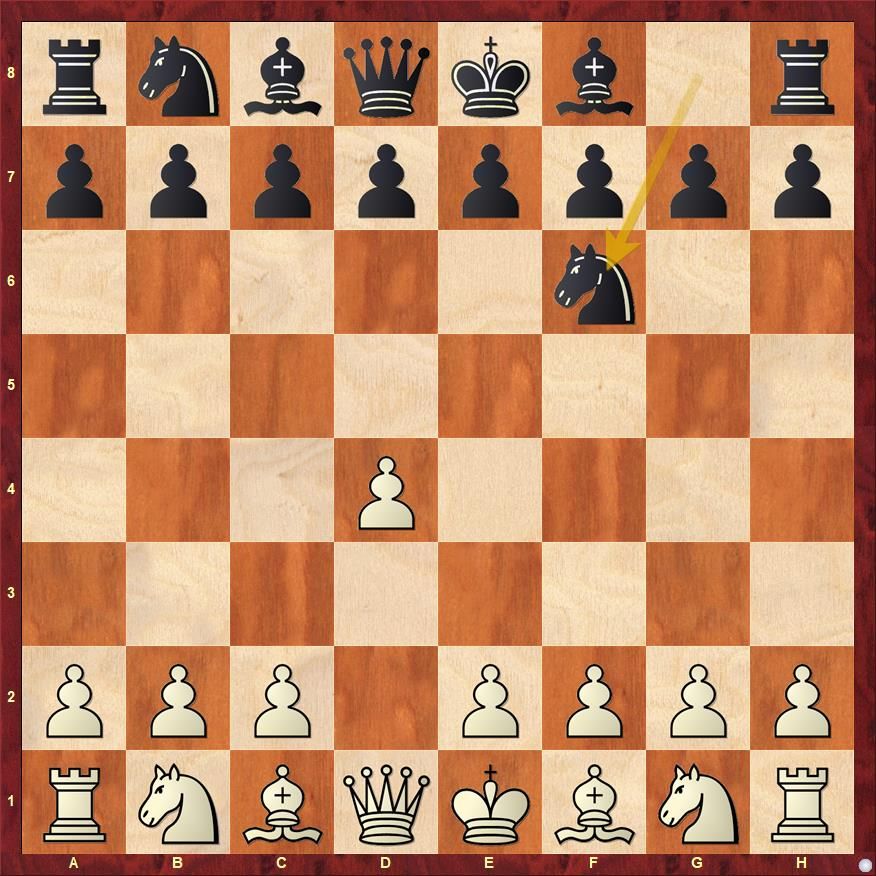 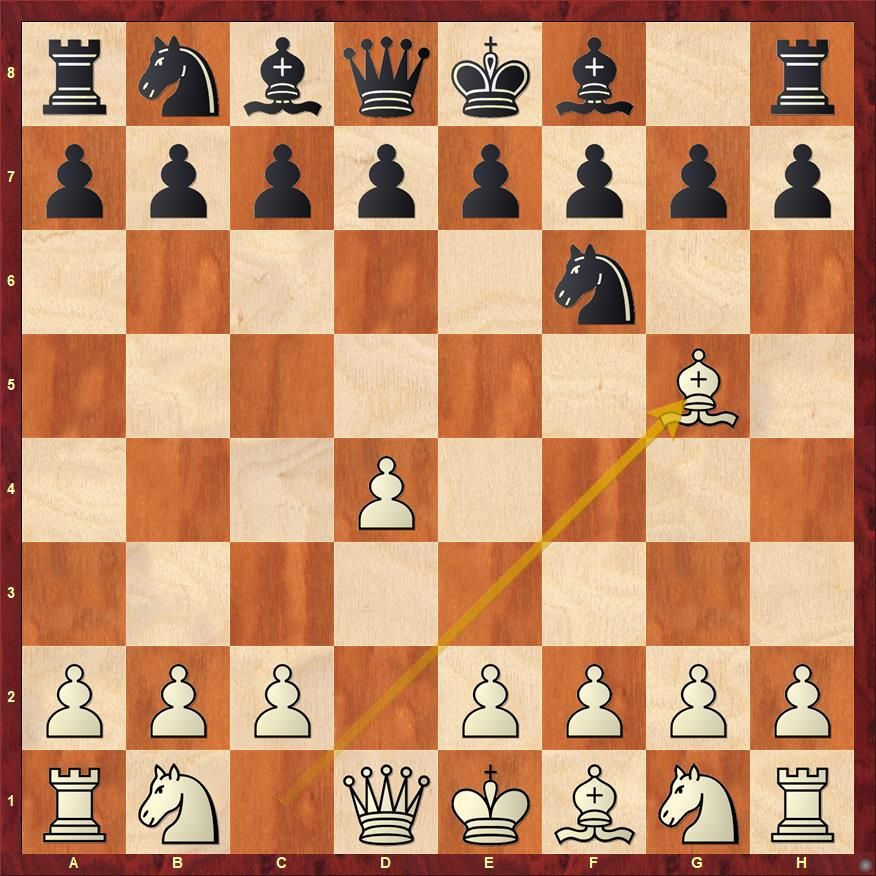 It was the Trompowsky, the same opening that Ziaur had used to draw his game against Magnus Carlsen in 2008 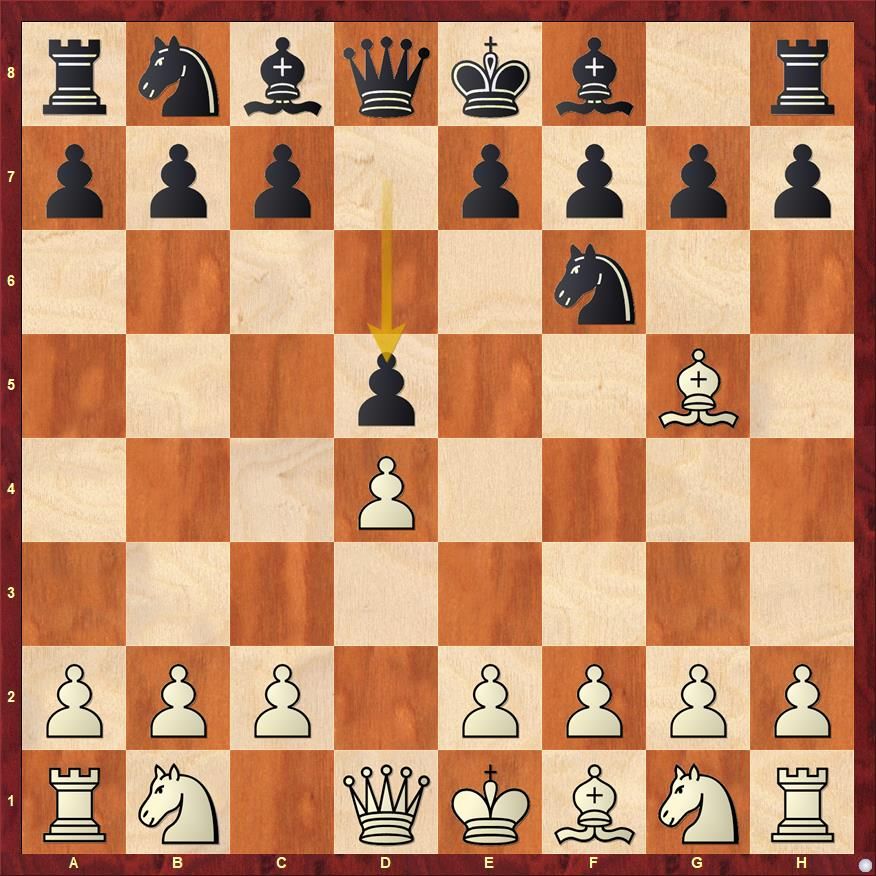 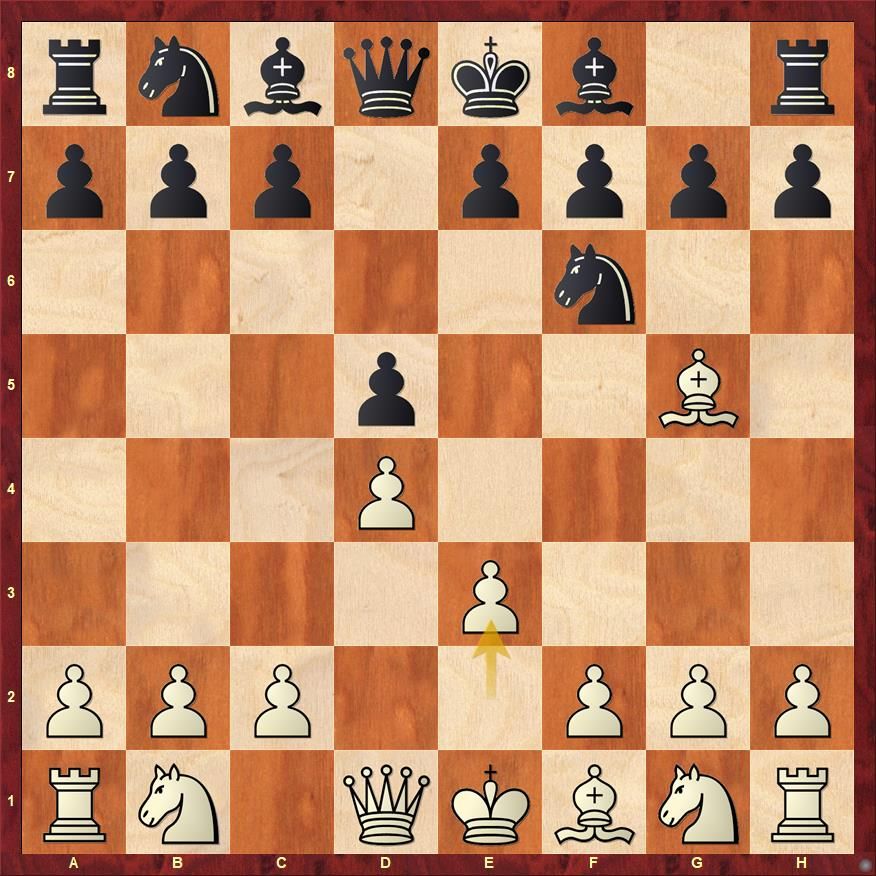 White players usually took on f6 in the past. However, off late, they keep things flexible and play 3.e3. The idea is to keep the knight on g1 flexible. It could develop to e2 or perhaps even to h3!? Who knows! 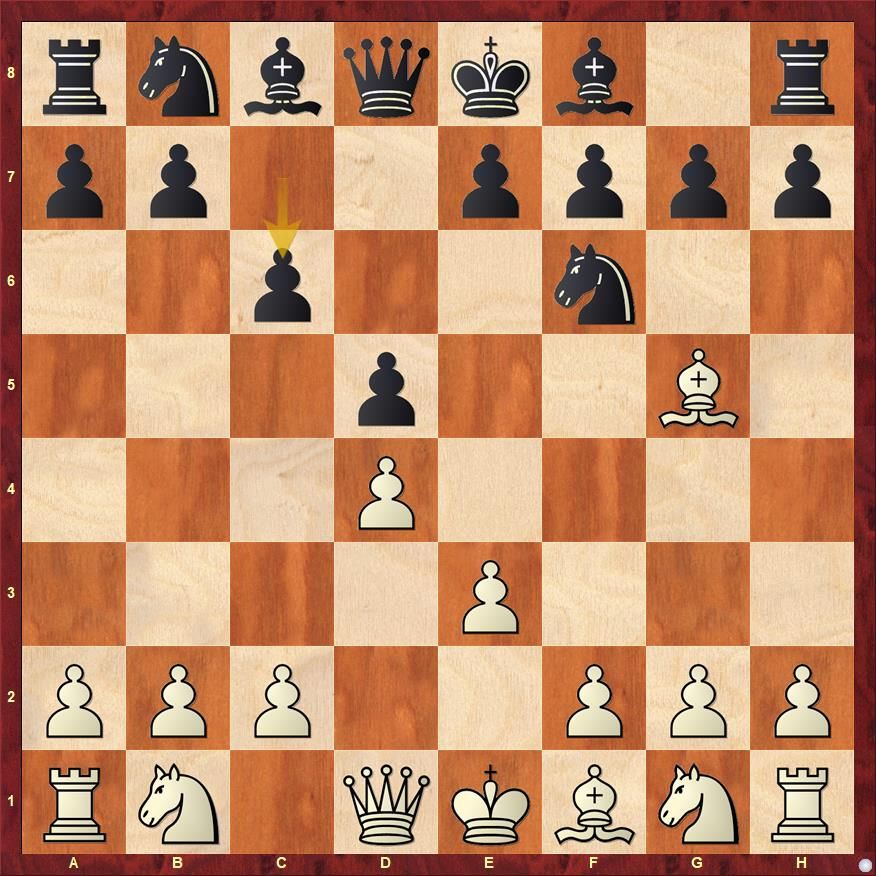 3...c6! Typical Diptayan choice! Very solid move. Bolstering the centre and at the same time preparing moves like Qb6 or Qa5 at some point. 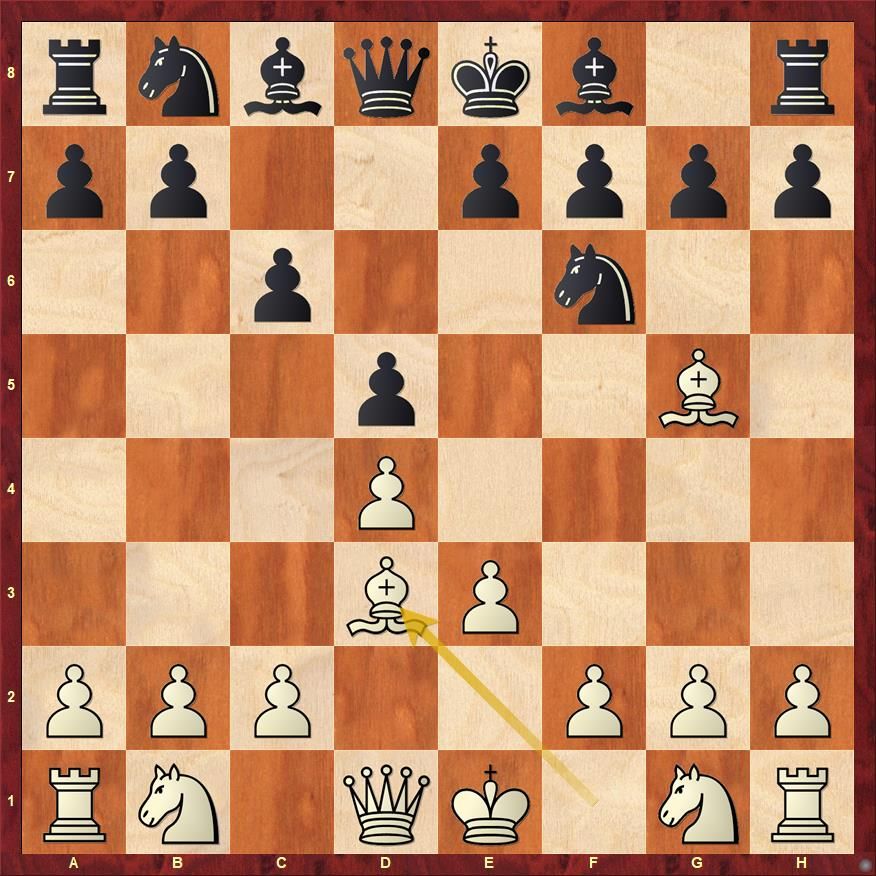 What happened to the old saying of Knights before Bishops? Well, Ziaur thinks, he knows exactly where his bishops belong. He is not so sure about his knights and so delays its development. 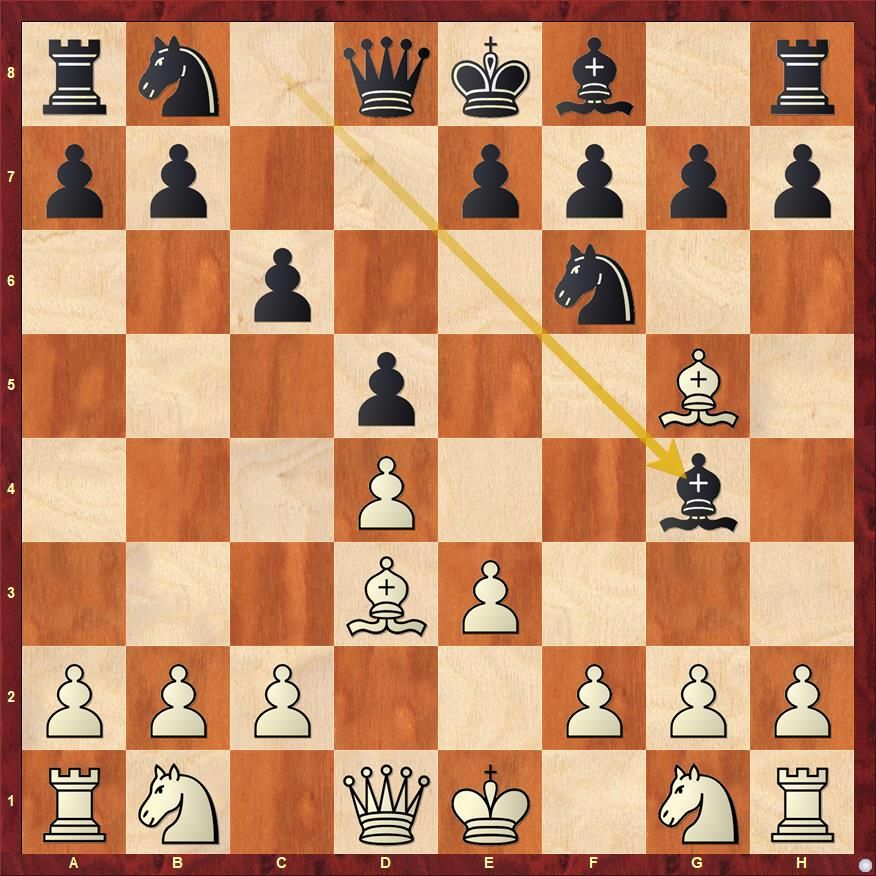 The bishop develops with a tempo. Diptayan wants White to play f3 so that his knight would not get that square. f3 was not at all bad, but Ziaur went for something else. 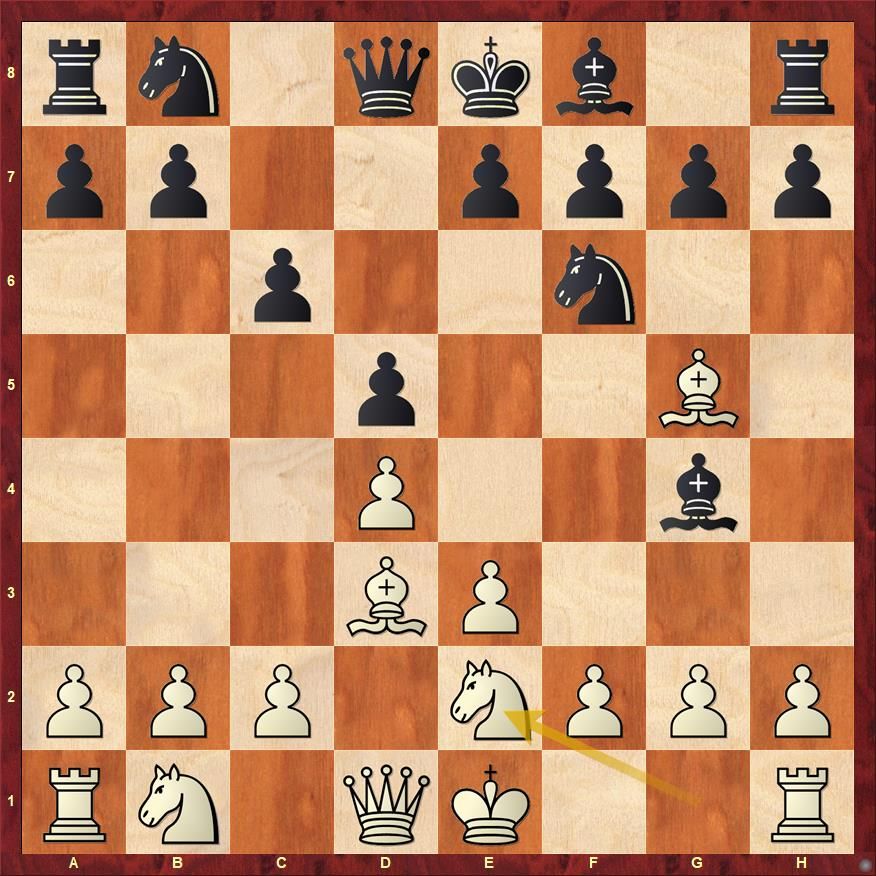 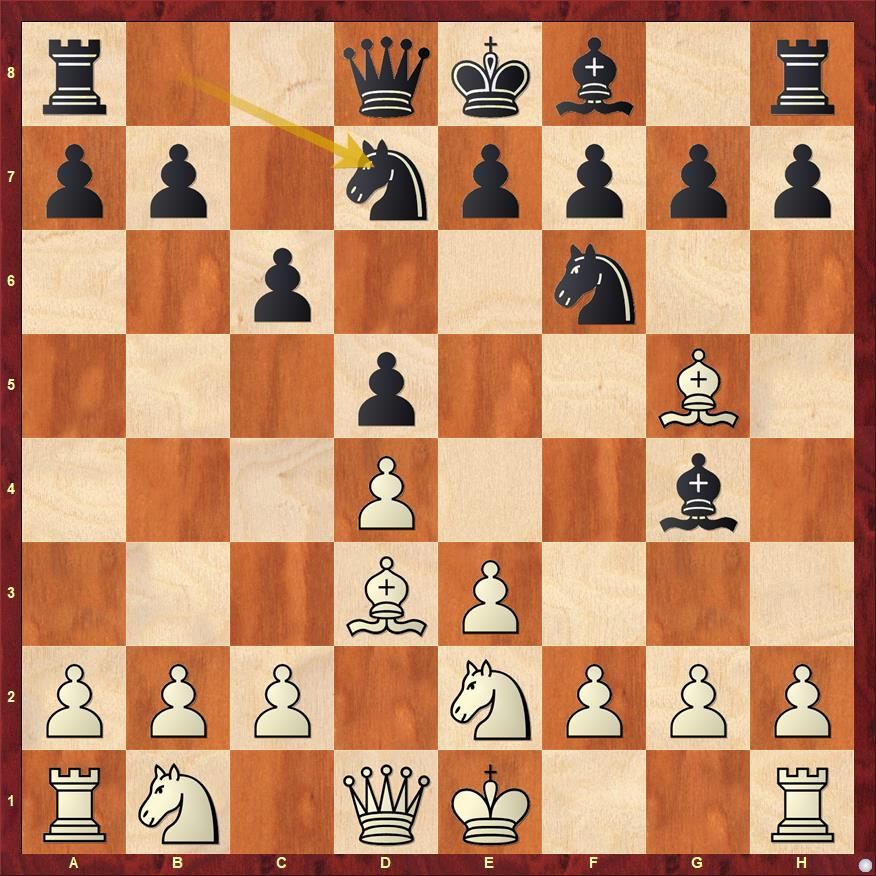 Black also develops his knight to d7 and at some point even hinting at the move ...e5!? 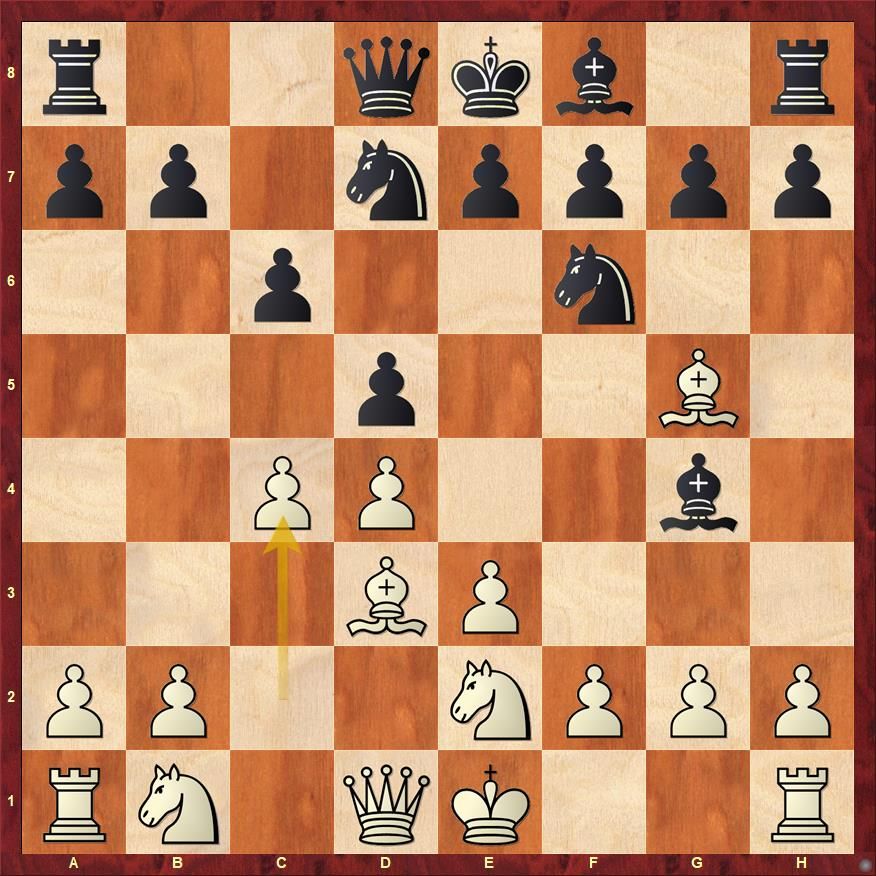 And there you have it! The big big blunder! But how can one know that this is a blunder! Isn't 6.c4 such a normal move? Well, first of all Ziaur Rahman tried to mix it up a bit too much with getting his knight to e2 and when Black started to threaten moves like...e5, he decided that he must stop it and hence played c4. Can you see why it is a blunder? 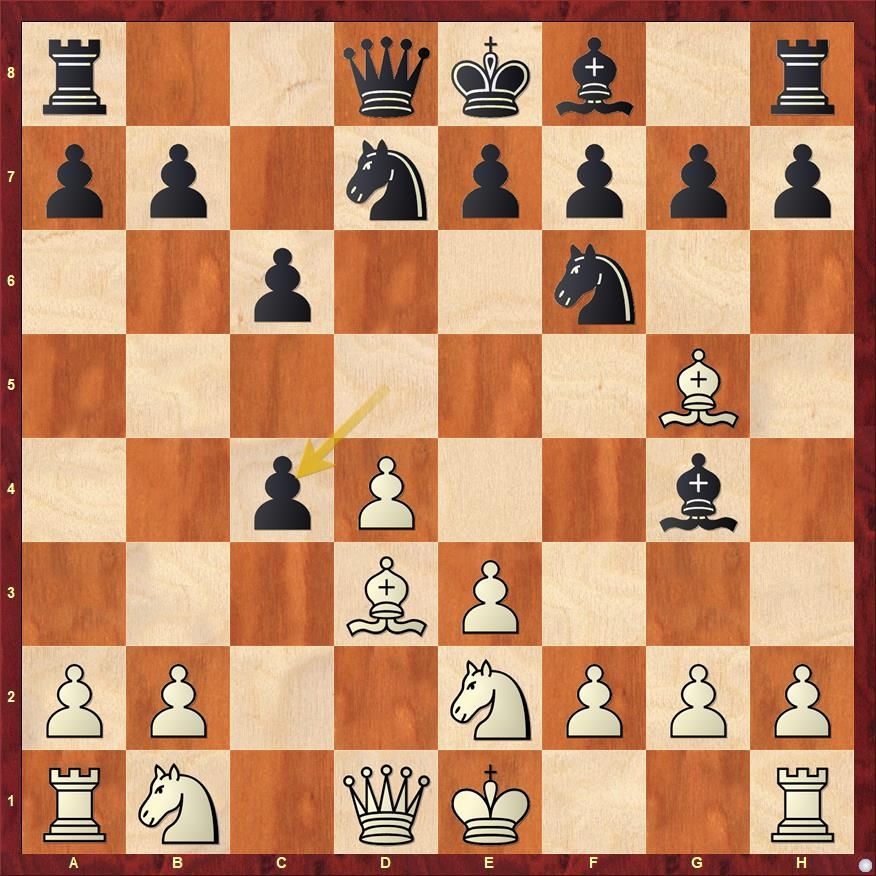 Of course! Diptayan was quick to notice it, and took the pawn on c4. Ziaur's heart must have sank at this point. 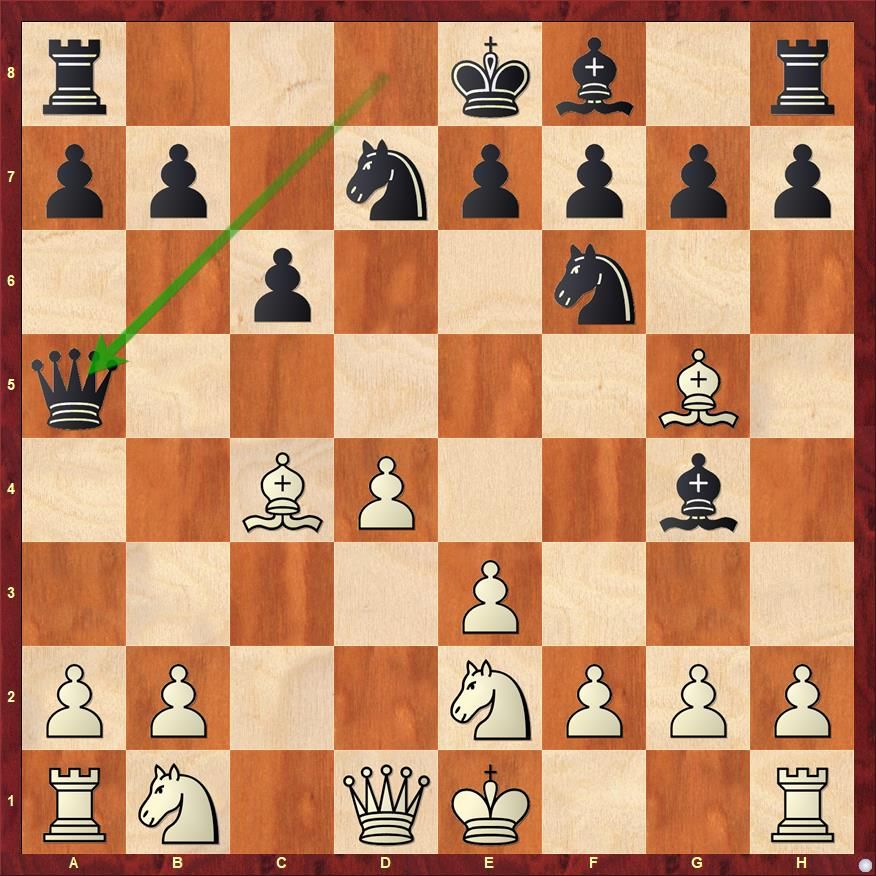 If White recaptured the pawn on c4, then Qa5+ wins the bishop on g5! 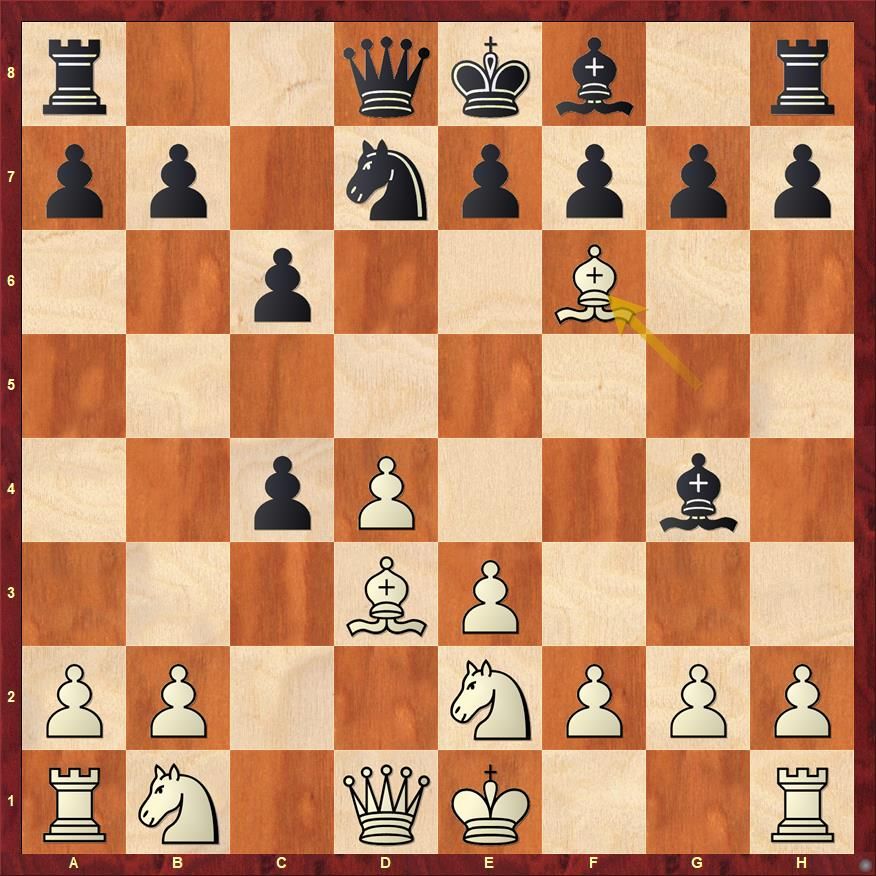 Instead of taking on c4, Ziaur Rahman took the knight on f6 with his bishop 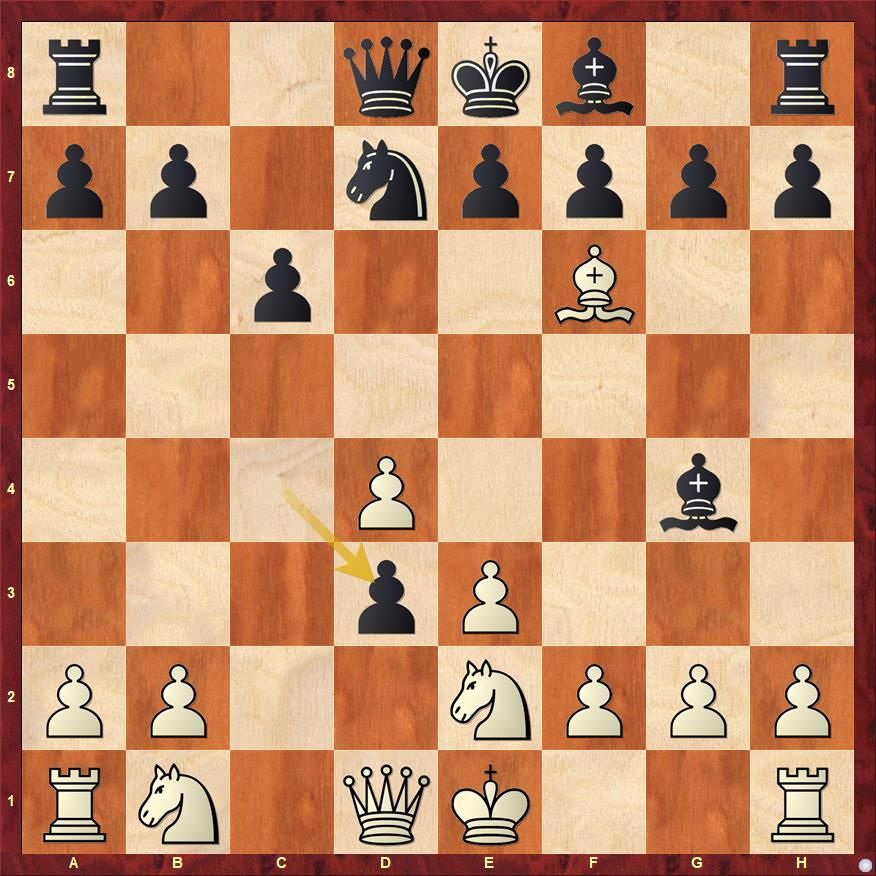 But it didn't save him as Diptayan Ghosh took the bishop on d3 and now the bishop on f6 as well as the knight on e2 are hanging. Black emerges with an extra piece and the game is over!

This article was written in depth not to belittle Ziaur Rahman in any way. I have great respect for him as a GM and he is a dear friend. The reason for this extensive article is to instill in the minds of the reader, that even grandmasters can make errors and you should always remain alert for such mistakes, grab the opportunity and beat them! 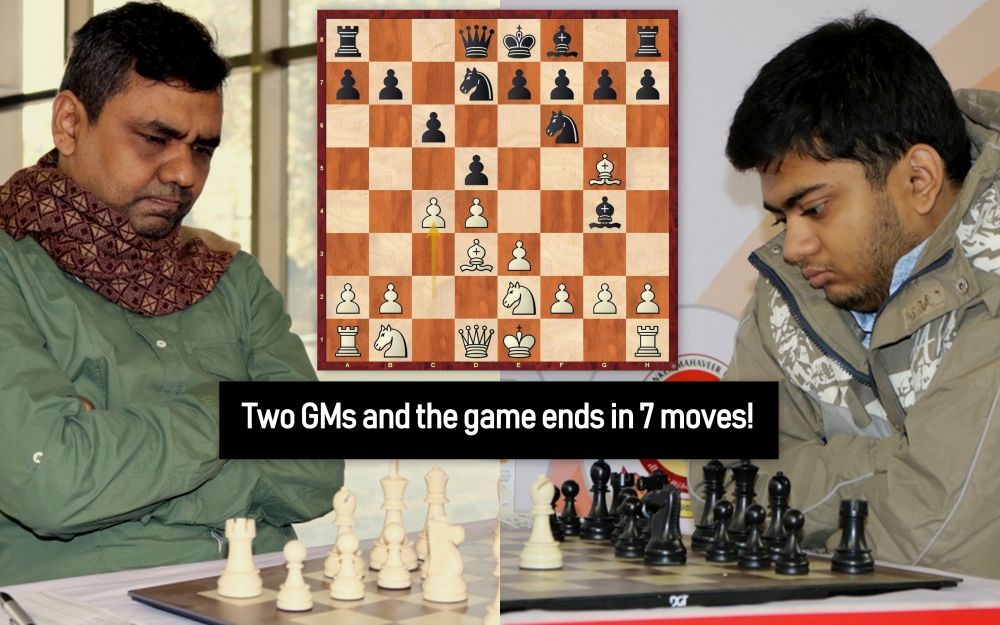