The first game of the FIDE World Cup 2021 Final between Karjakin and Duda was a damp squib - as perfectly described by the British legend Nigel Short during the live commentary. Karjakin's good preparation did not work out as his novelty was surprised by Duda's response and thus a draw was made by repetition. The only other game of the day between Fedoseev and Carlsen will be one for the ages because of Carlsen's brilliant positional sacrifice. Generally the world champion unleashes his 'Hulk mode' after suffering a loss, however this time, 'The Mozart of Chess' composed a beautiful symphony whose melody reverberated throughout the chess universe, and perhaps it will continue to be for eons. Photo: David Llada/FIDE

Karjakin - Duda will fight another day

Karjakin did not want to complicate things and made a quick draw in 17-moves by repetition. He was well-prepared in the opening as mentioned by him in the post-match interview, and it was also evident by his novelty. 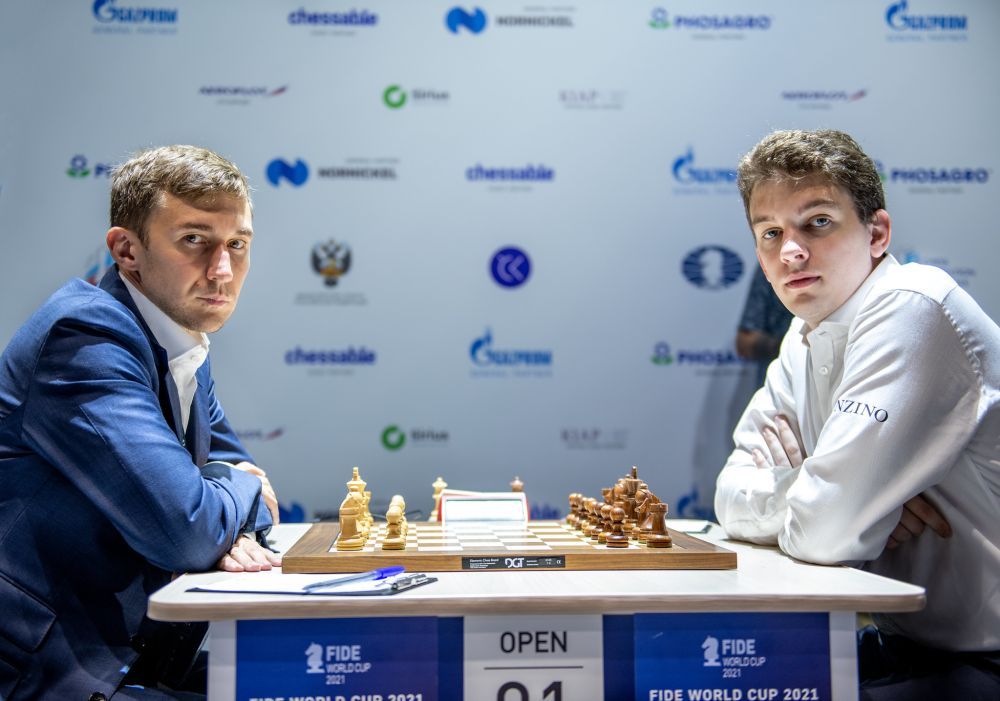 The first game of the Finals was a surprisingly quick 17-move draw. It is quite understandable for Duda because he played for three consecutive days against Carlsen, so he would definitely like to rejuvenate before battling for the World Cup against Karjakin. 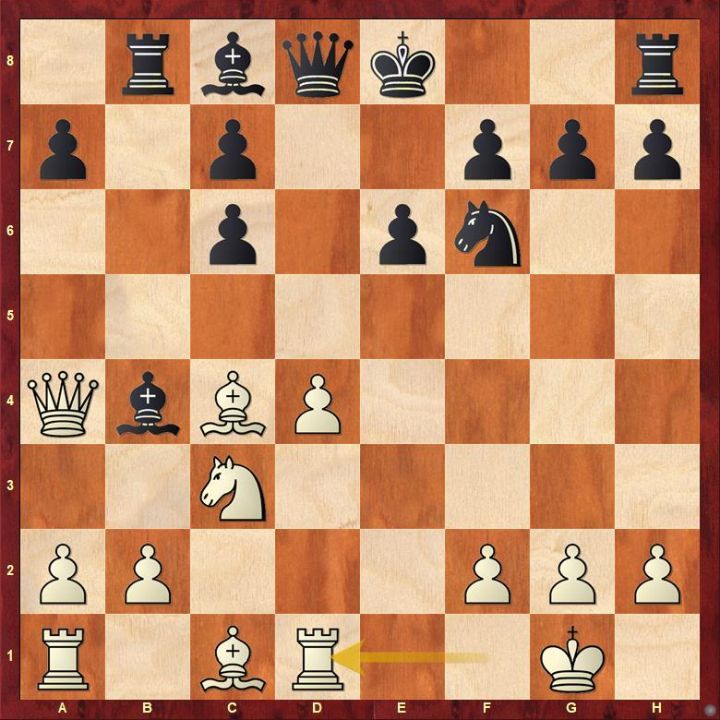 Carlsen made a brilliant positional sacrifice which would definitely make it into several books in the near future. 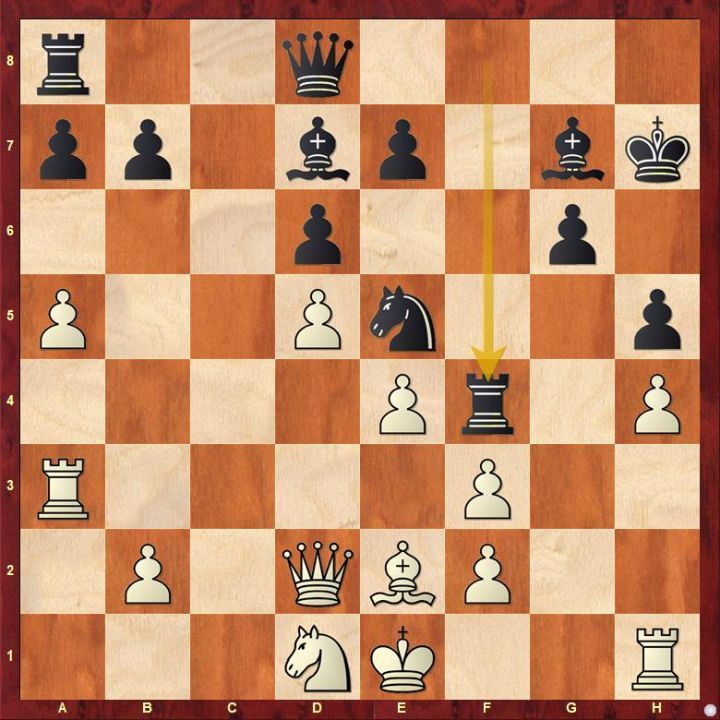 18...Rxf4! forces the white queen to stay on the kingside after 19.Qxf4 Bh6 20.Qg3 Qf8 21.Ne3 Bf4. The queen's mobility gets drastically reduced due to space constraints. Black almost gets a free roam on the queenside. 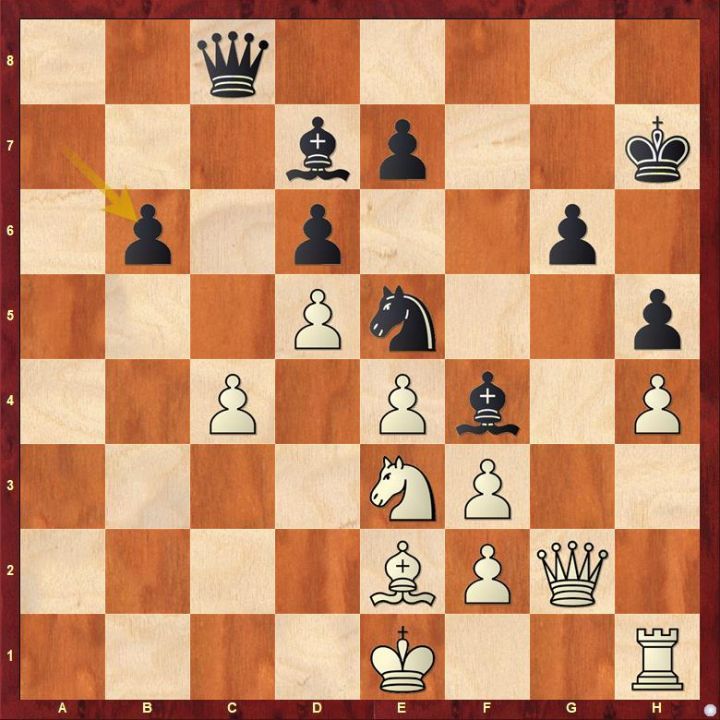 There is nothing White can do here except be a spectator. 27.Qg1 was an attempt to free the position with Ng2, f4 but the world champion is ready with his own plans 28...Qa8 making deadly threats at White's back rank which made the e3-knight virtually pinned. White's pieces got completely tied up, started running out of moves to make and eventually lost the game.

And that's why we call him the Mozart of chess | Video: ChessBase India
Interview with Magnus Carlsen | Video: FIDE 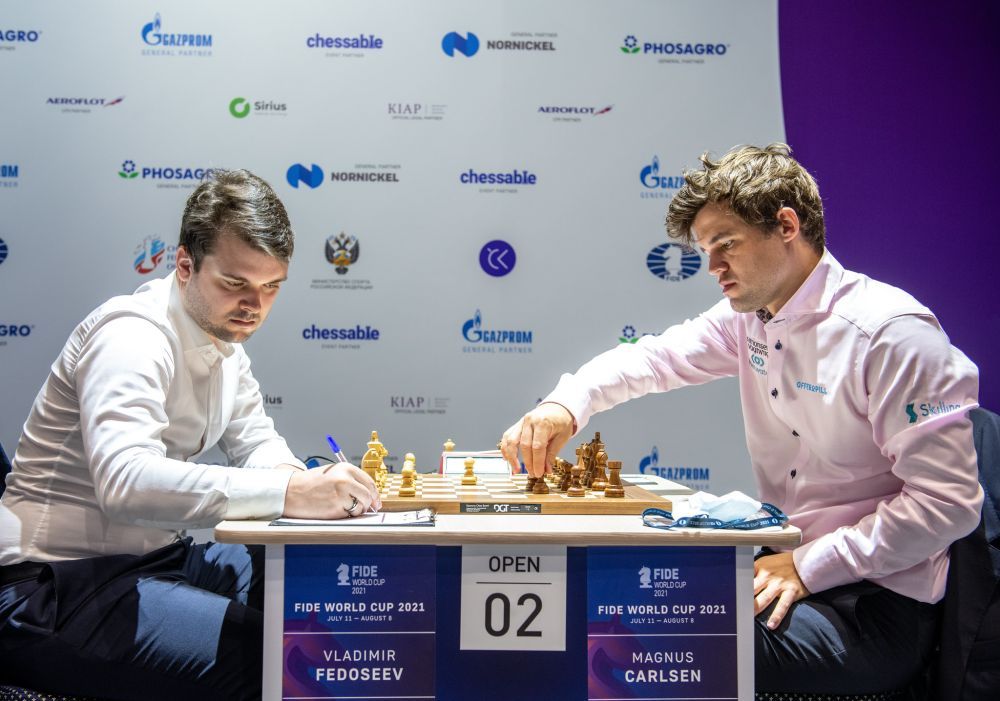 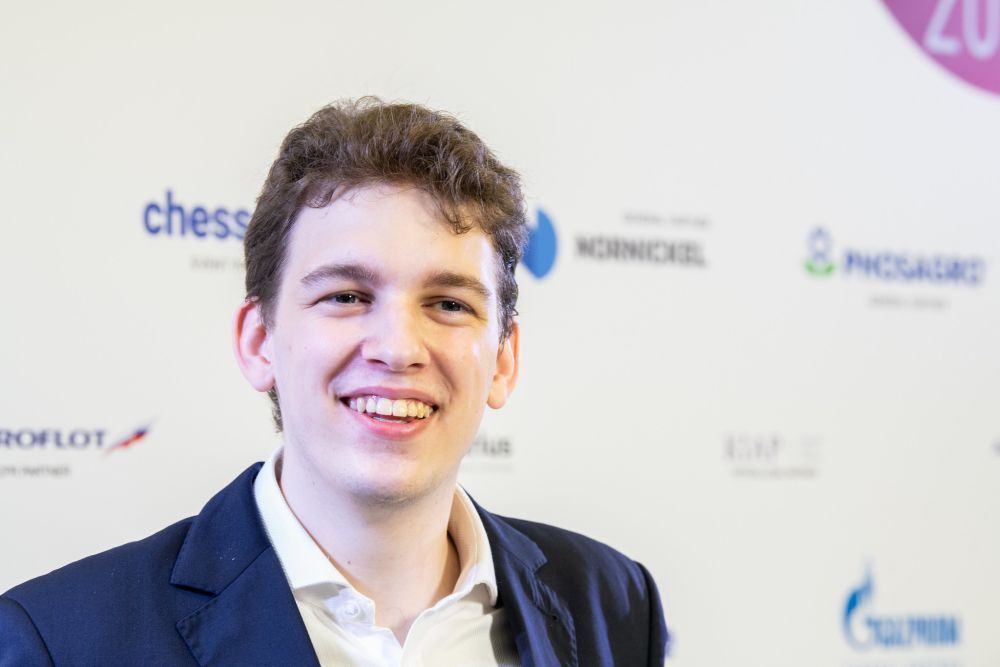 Will Duda be smiling at the end of the day? | Photo: Eteri Kublashvili/FIDE 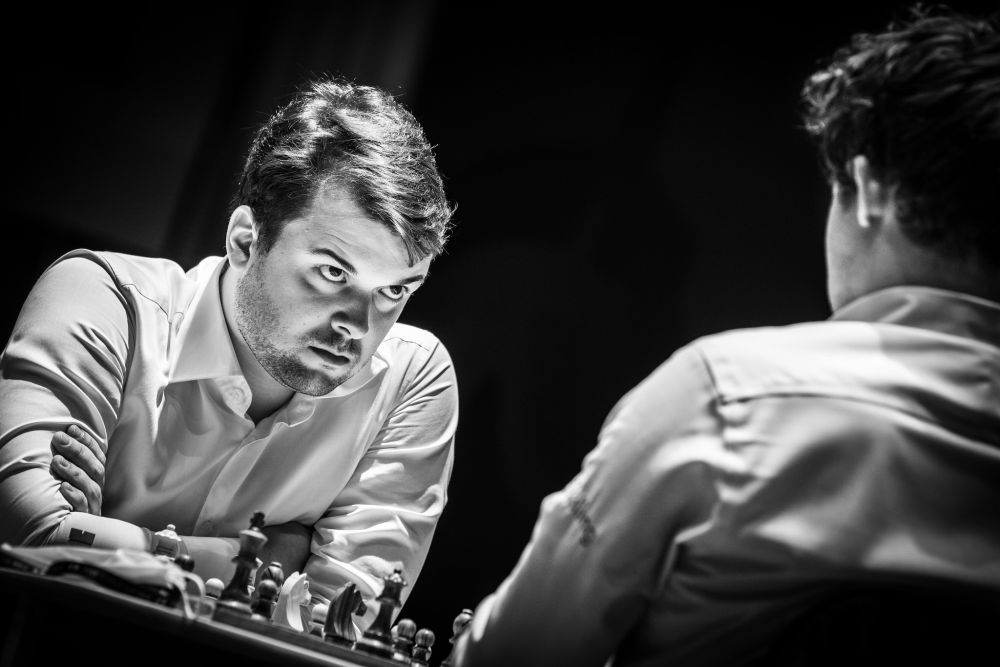