Shankland and Karjakin had an absolute slobber knocker match in the Quarterfinals of the FIDE World Cup. All six games ended decisively and for the second time in their match, Karjakin showed resiliency as he won a game on demand once again to keep himself in the event and eventually managed to knockout his opponent. It will be an All-Russian battle in the Semifinals between Karjakin and Fedoseev which means one Russian is guaranteed to be in the Finals of FIDE World Cup. The first ever FIDE Women's World Cup is guaranteed to have a Russian winner as Goryachkina and Kosteniuk will battle each other in the Finals. Today is a rest day. Open Semifinals and Women Finals and 3rd-4th place match will start tomorrow at 5:30 p.m. IST. Photo: Eric Rosen/FIDE

Aleksandra vs Alexandra at the Finals

Aleksandra Goryachkina and Alexandra Kosteniuk won their respective Semifinals against Zhongyi Tan and Anna Muzychuk to set an All-Russian Finals at the first edition of FIDE Women's World Cup. While Kosteniuk scored a convincing victory over Zhongyi and she is yet to lose a single game in the entire event so far, Goryachkina may have stumbled a bit but managed to find a foothold in the Finals. Anna Muzychuk and Zhongyi Tan will play the third-fourth place match.

Just like the very first game of the Quarterfinal between Shankland and Karjakin, the American once again struck first in their first rapid game. This time also in the endgame. 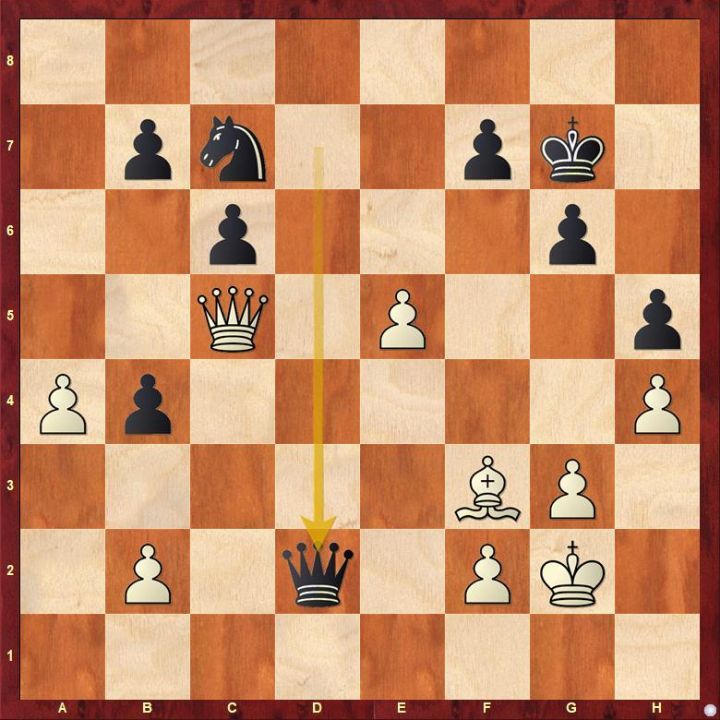 36...Qd2 just finishes the game for Black. Find out the winning continuation for White. Shankland found it and gained a 2-1 lead.

Karjakin once again delivered the equalizer to continue the tie-breaks. This was the second time in the Quarterfinals, the FIDE World Cup 2015 winner reminded the world, why he won it six years ago. 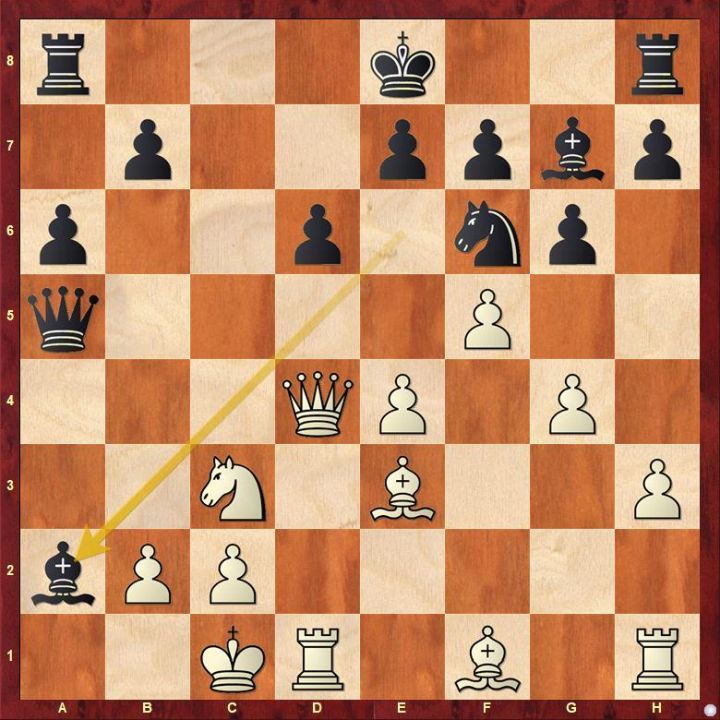 Shankland got himself into trouble early in the opening. There is no good choice for Black after 12.f5. 12...Bxa2 eventually trapped the bishop and Black lost the game. Score became tied once again 2-2.

In the first 10+10 rapid game, Karjakin once again got the upper hand in the opening. However, this time Shankland had a good option unlike the previous game. 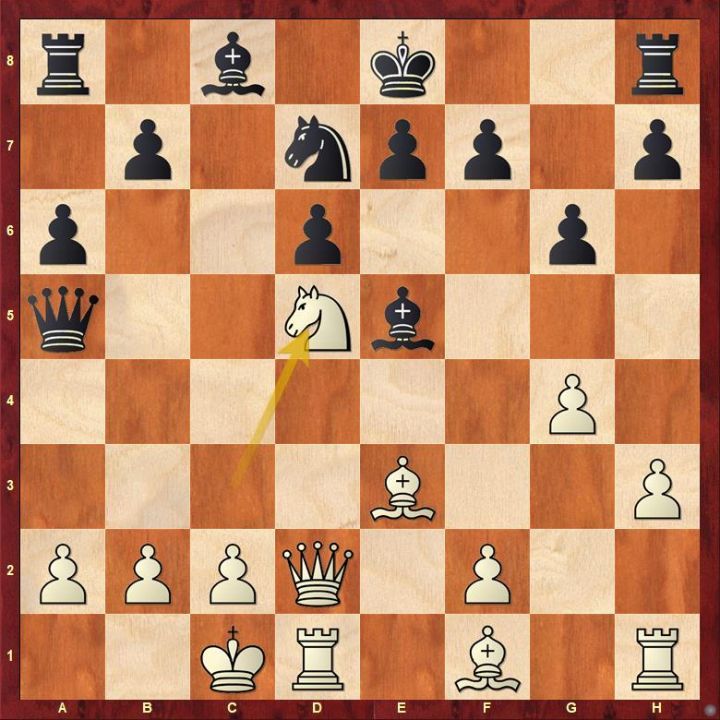 It seems like here, taking on a2 is a better choice for Black than exchanging the queens. Things started falling apart for Black after 13...Qxd2+ 14.Rxd2 Kd8. Karjakin for the first time gained a lead in the match, 3-2.

For the first time in the Quarterfinals, Shankland was in a must-win situation, something he had not experienced throughout the tournament. 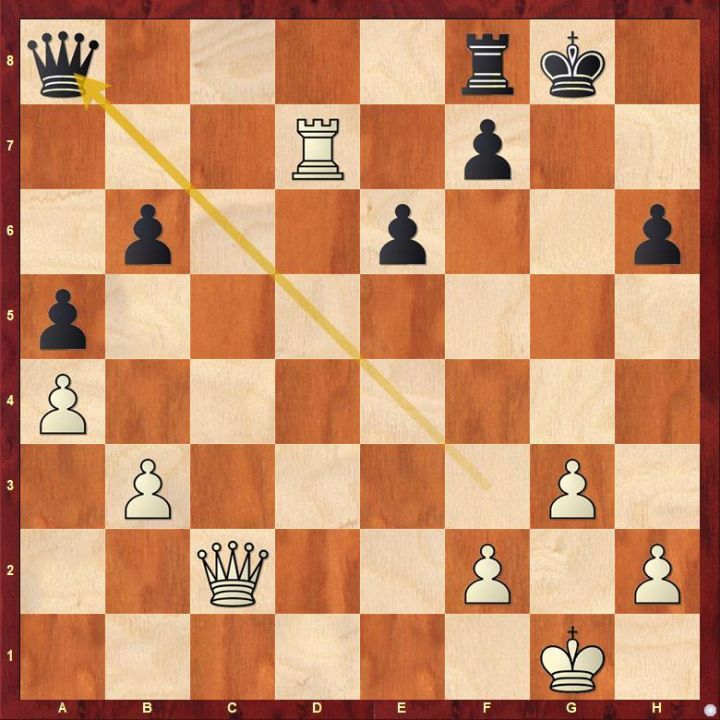 White's one last chance to push for a win was to try with 28.Qd2. The text 28.Qc1 did not prevent 28...Rd8 which is what Karjakin played and averted disaster. White always had a draw but it was not enough to continue the tie-breaks, thus Shankland pushed too hard and eventually lost the game. 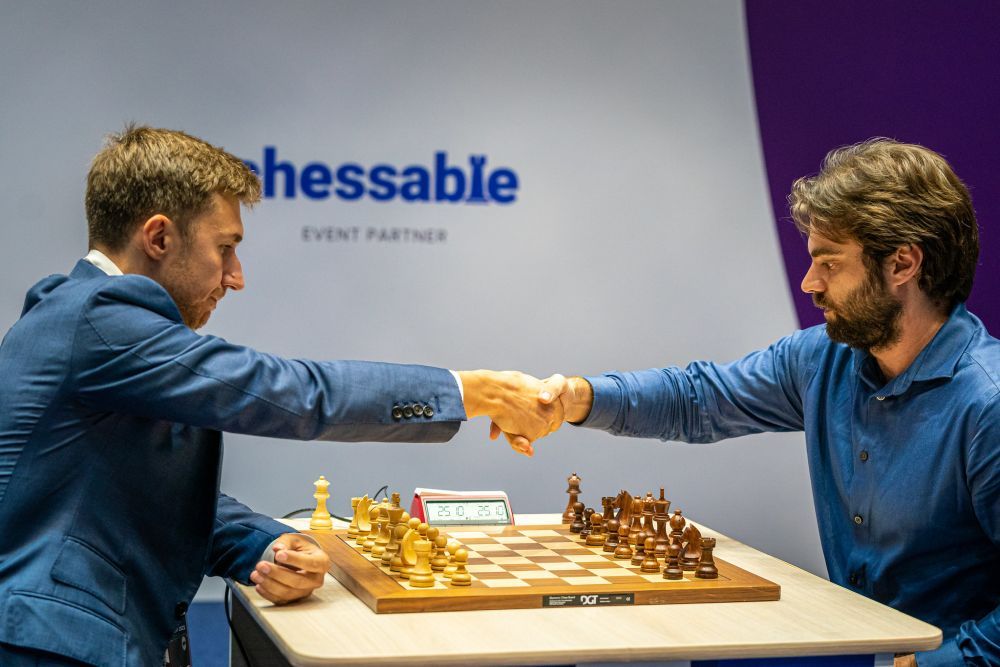 Karjakin and Shankland had a brutal battle | Photo: Eric Rosen/FIDE

Anna Muzychuk miscalculated while trying to recover a sacrificed piece. Fortunately for her, Goryachkina did not manage to spot it correctly, else the game would have finished much earlier.

18...Rad8 was the correct way for Black to recover the sacrificed knight. The game went on 19.Be3 Qc3 20.Rb2 Qc4. Instead of playing 21.Rxb7, White needed to play 21.e5 Bxe5 22.Rd3 and the knight is safe as Black cannot play e5 because the bishop has already occupied that square. The game liquidated into a winning rook and few pawns endgame for White. Goryachkina won the match 1.5-0.5 and secured her place in the Finals. 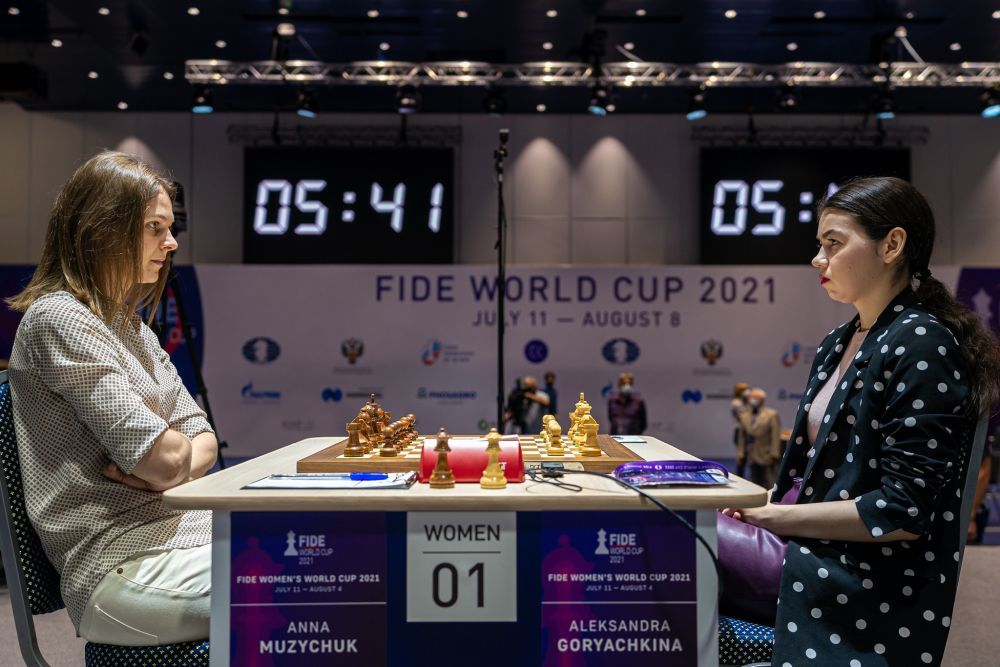 Kosteniuk made a very nice exchange sacrifice which slowly turned things in her favor against Zhongyi. 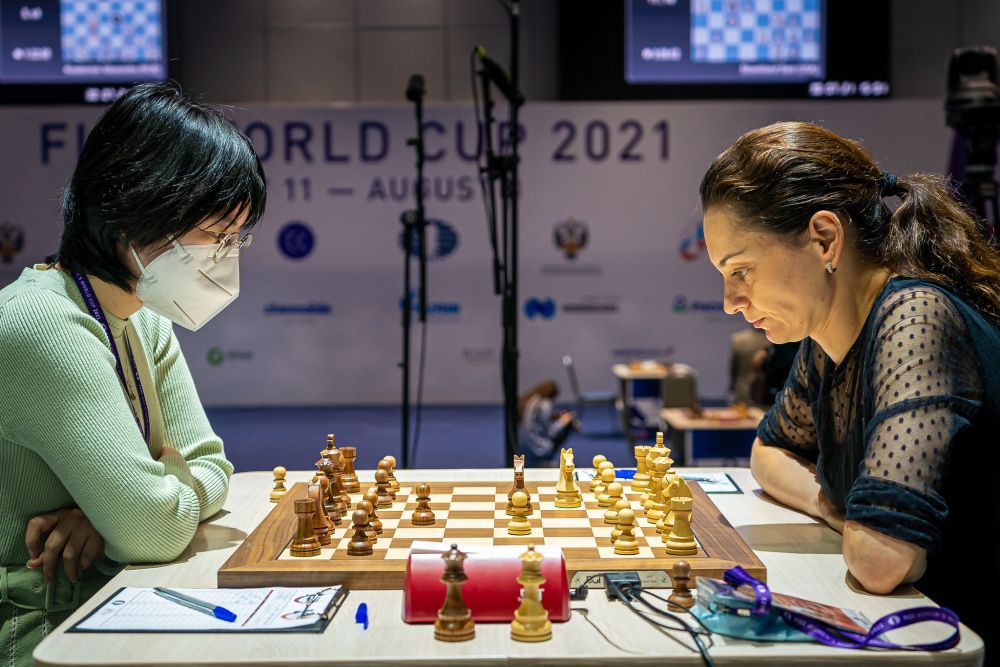 Kosteniuk is still undefeated in this event | Photo: Eric Rosen/FIDE 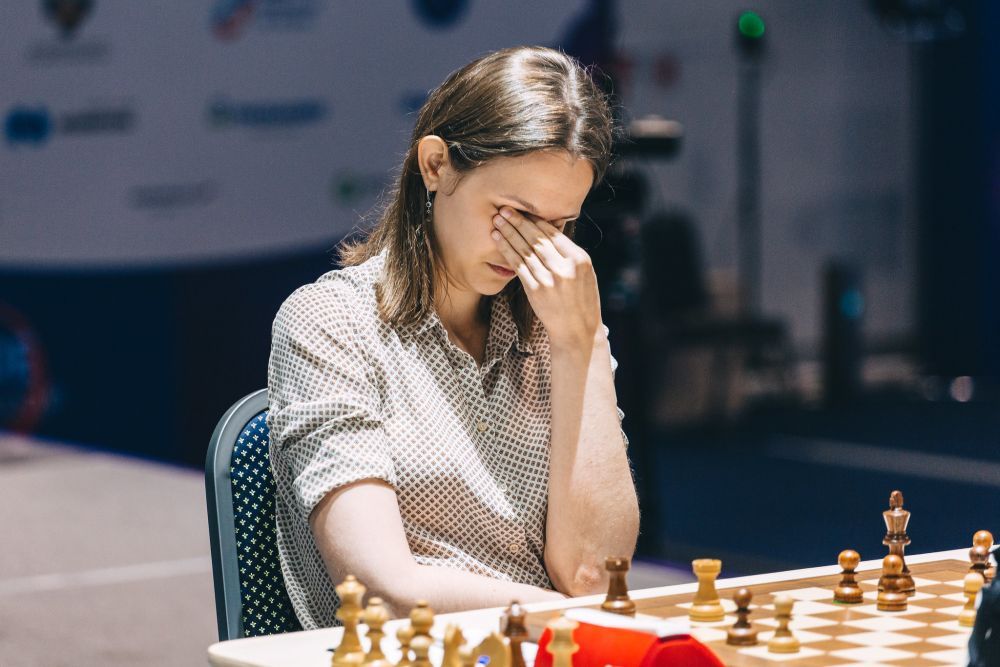 The agony when you know the game cannot be saved | Photo: Anastasiia Korolkova/FIDE 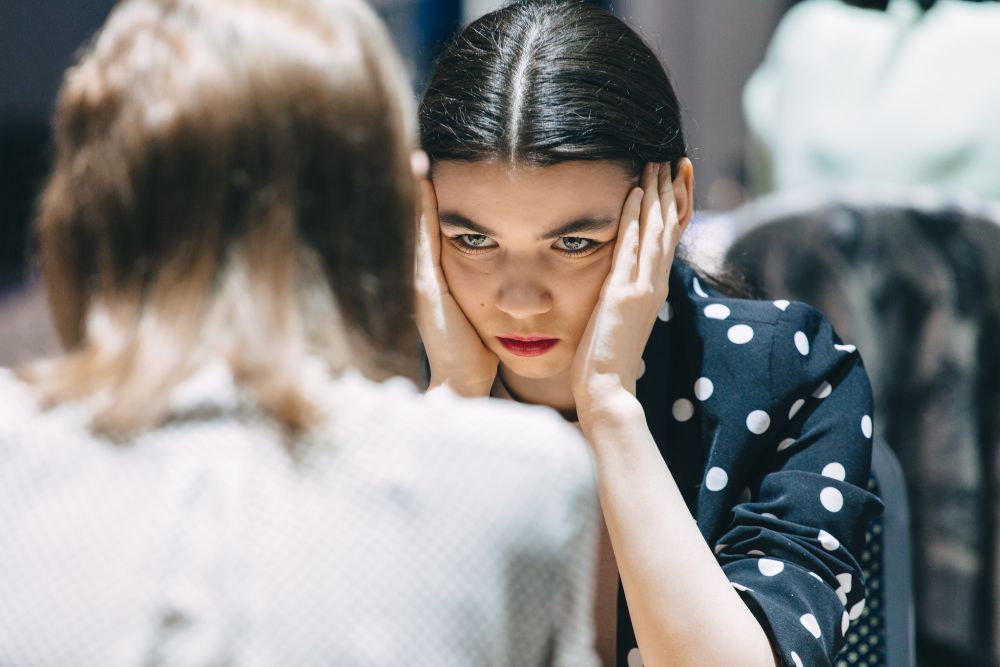 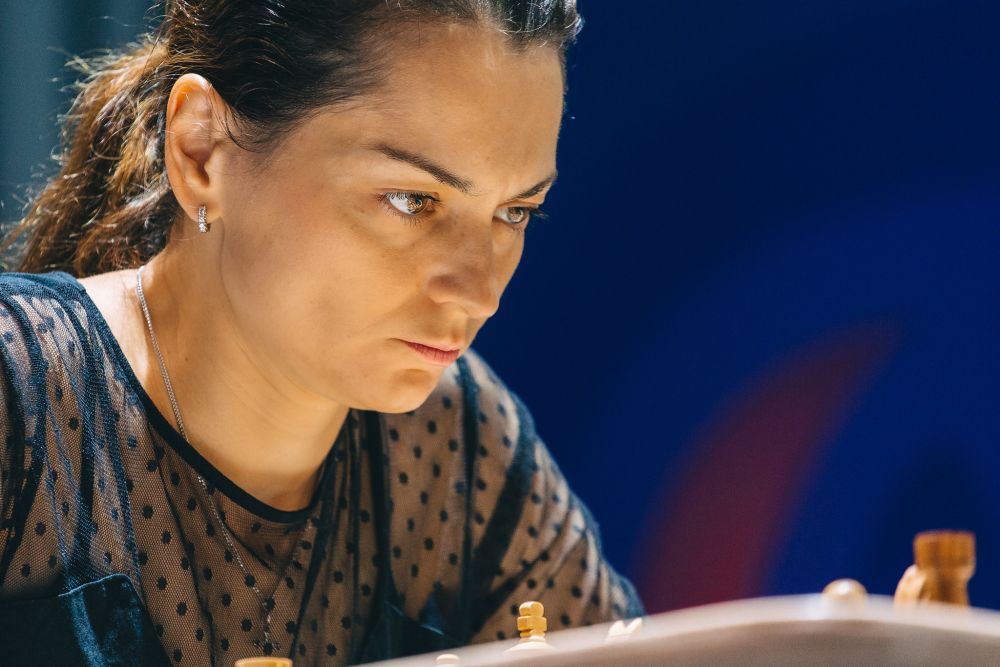 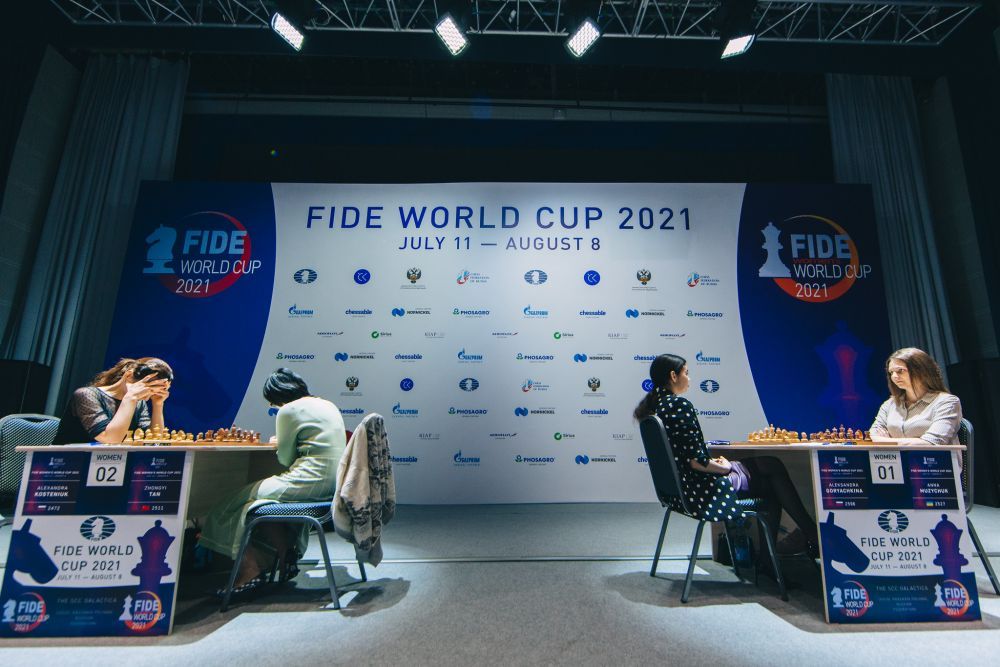 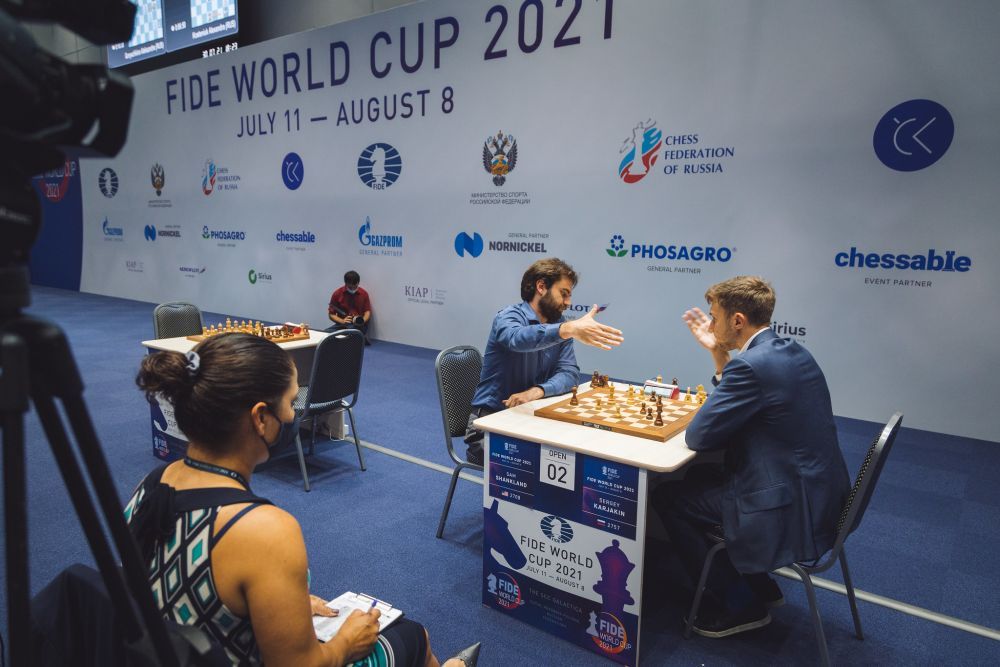 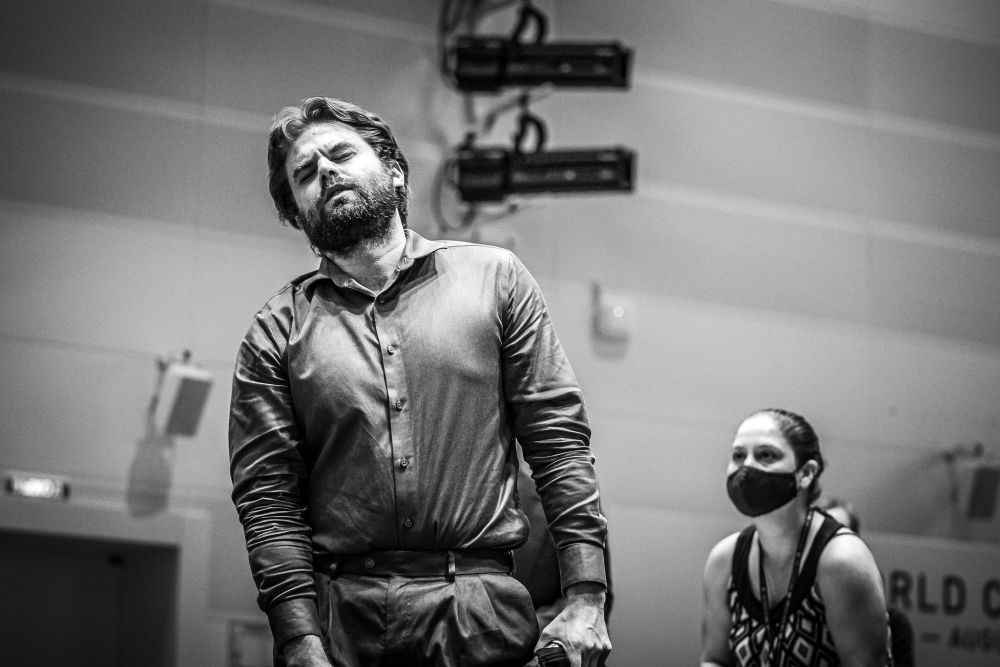