Vidit Gujrathi defeated Alexandr Fier convincingly to secure his place in the third round of FIDE World Cup 2021. He will face Adhiban in a highly anticipated match. The match is bound to evoke mixed feelings as one Indian is inevitably going to be eliminated, the positive aspect is at least one Indian player will definitely advance to Round 4. Gukesh's impressive run has come to an end against Dubov. Padmini lost both of her games, the comeback game was completely winning for her, but she missed a checkmate in one move in time scramble. Now Harika is the sole Indian remaining in the FIDE Women's World Cup 2021. Round 3 starts today at 5:30 p.m. IST. Watch the Live commentary and analysis on ChessBase India youtube channel with IM Sagar Shah and Amruta Mokal. Photo: Eric Rosen/FIDE

Gukesh and Padmini get eliminated

Vidit Gujrathi beat Alexandr Fier 2.5-1.5 to advance to the Round 3. He will be facing compatriot Adhiban in a highly anticipated match. Gukesh put up a valiant fight against Dubov but unfortunately it was not enough, thus Gukesh's journey at the World Cup has come to an end. Padmini lost both of her tie-break games against Sara Khadem. She was completely winning the second one, then she blundered a mate in one in time scramble. 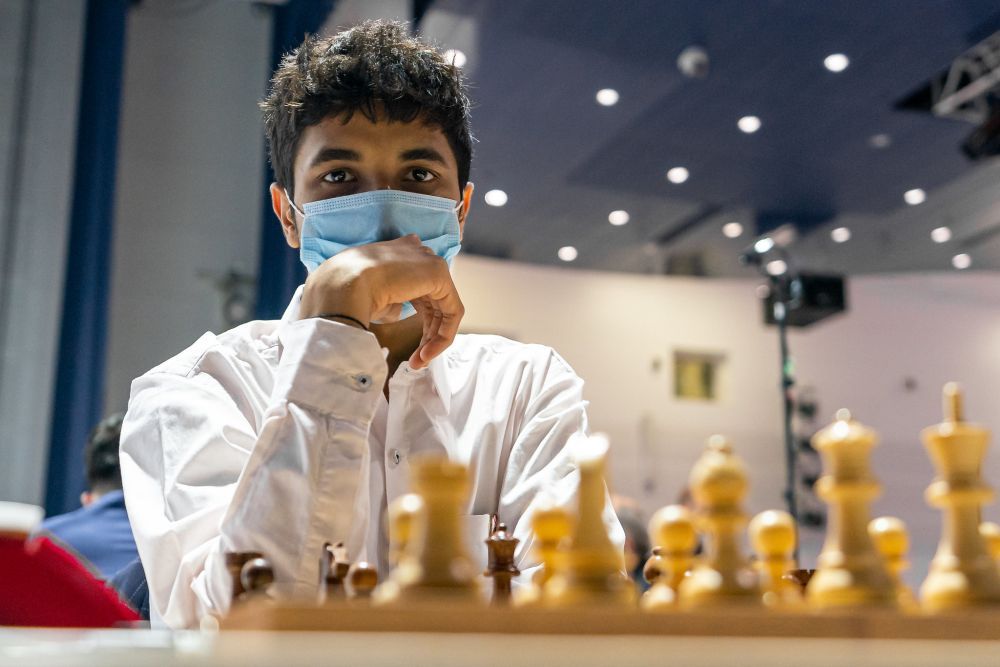 The first rapid tie-break game ended in a draw. Vidit won the second game to advance to the next round. 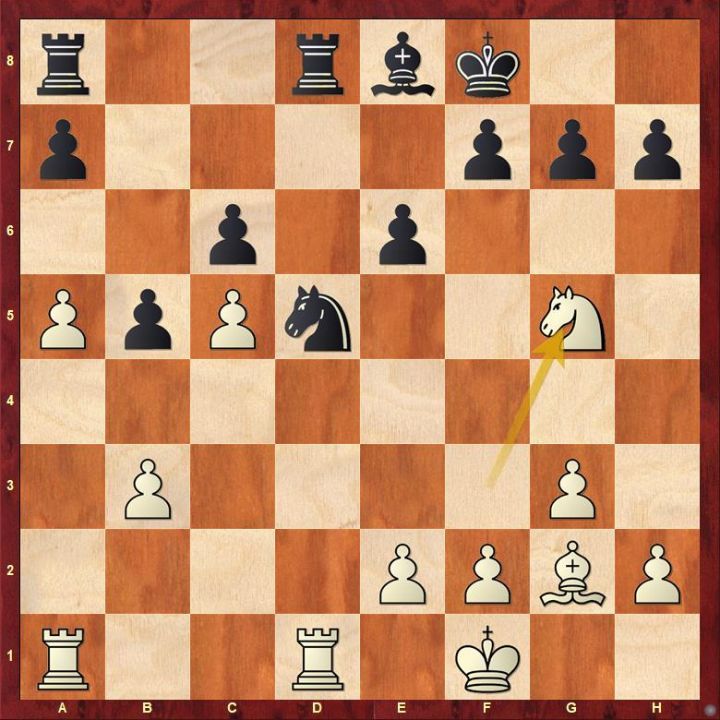 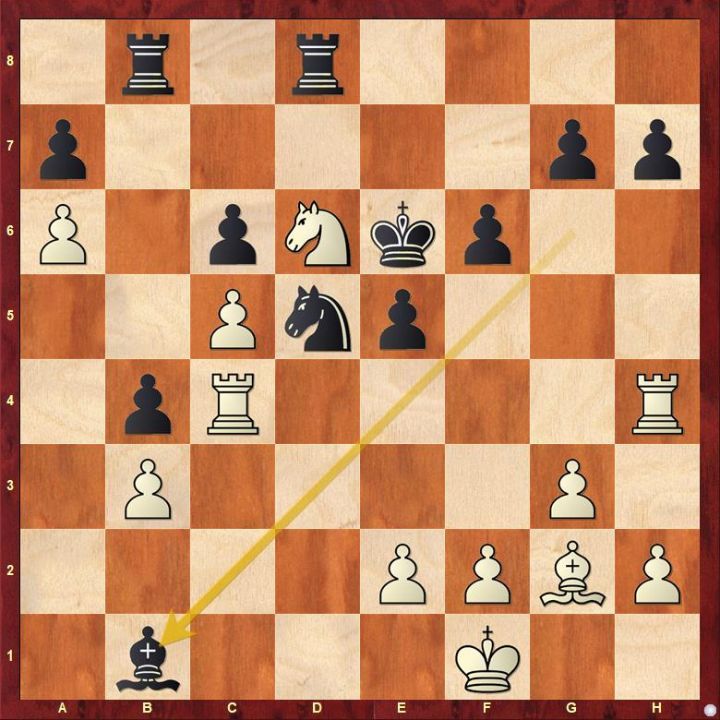 Gukesh once again employed the same line in the Catalan against Dubov. 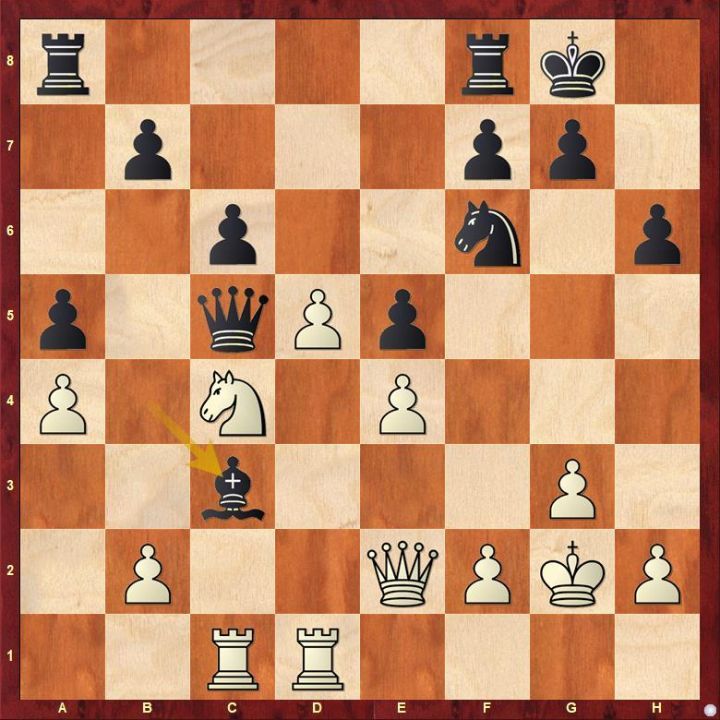 In the second game, at one point, computer says Gukesh had a +2 advantage against Dubov. 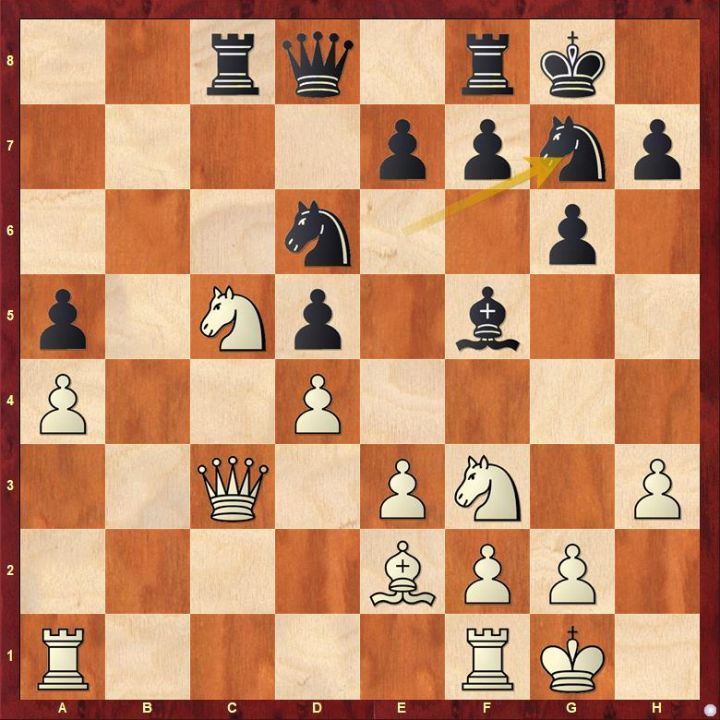 The position definitely looks good for White, but it is not easy to extract anything substantial out of it, especially when the opponent is Dubov. 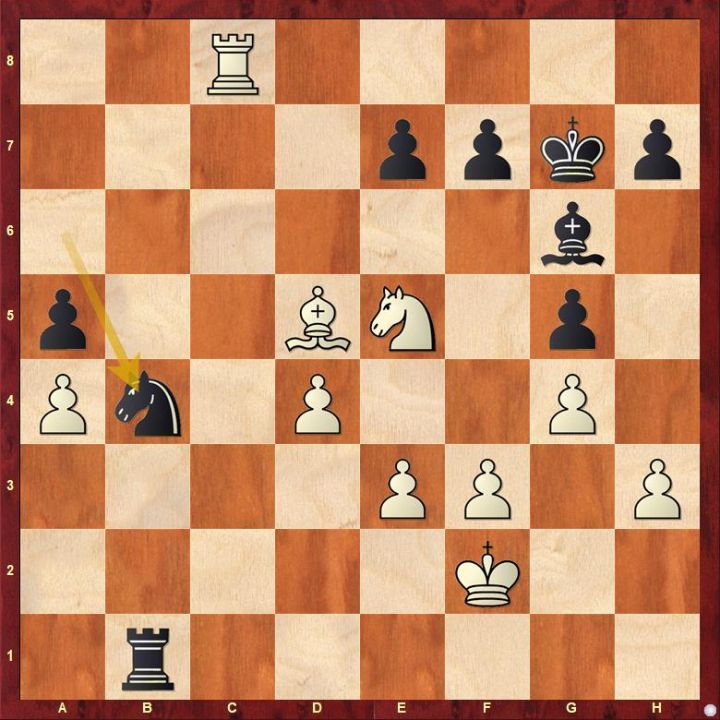 White's final mistake in the game was offer a trade of the strong bishop against black's weaker g6-bishop. Gukesh needed to maintain the pressure by keeping the bishop in the a2-f7 diagonal, in this case 39.Bc4 was a better idea to keep his winning chances. 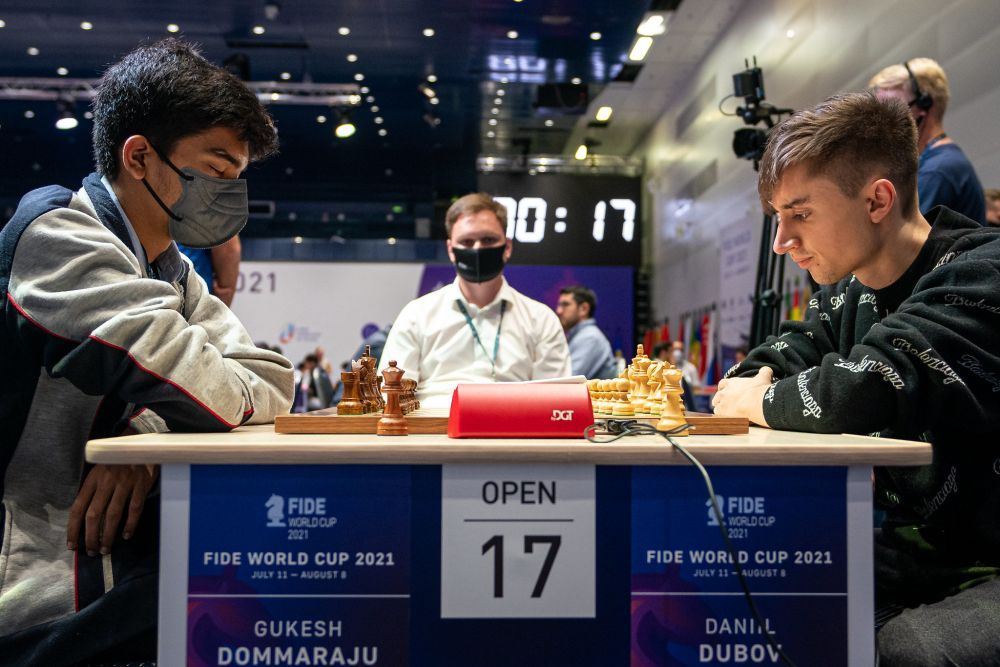 Gukesh lost to Dubov only once out of their four games | Photo: Eric Rosen/FIDE

Padmini lost both of her tie-break games against IM Sara Khadem (IRI). In the first game, playing with white pieces, there were a few things she could have done differently but neither of them would have done much. 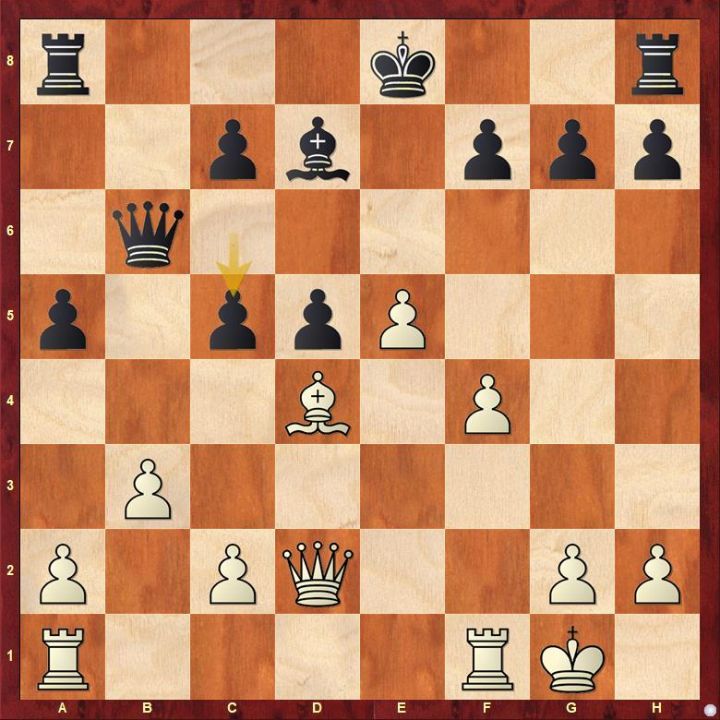 18.Bf2 makes more sense here than 18.Bb2 because you want to the bishop at a diagonal where something can happen. 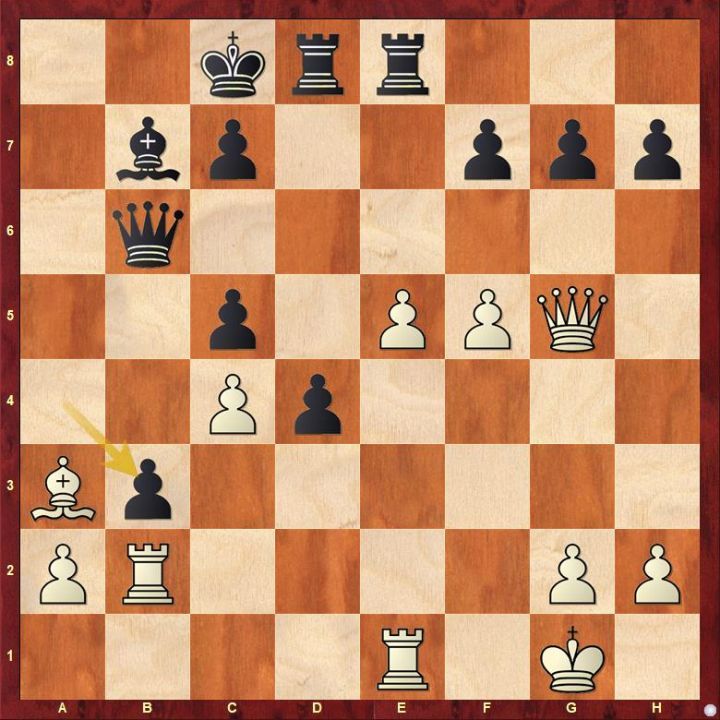 In the second game, Padmini went to her favorite Grunfeld Defense. Unlike the first game, here she deviated 7...0-0 instead of 7...c5. Despite having a good position, Khadem blundered and Padmini got back into the game. 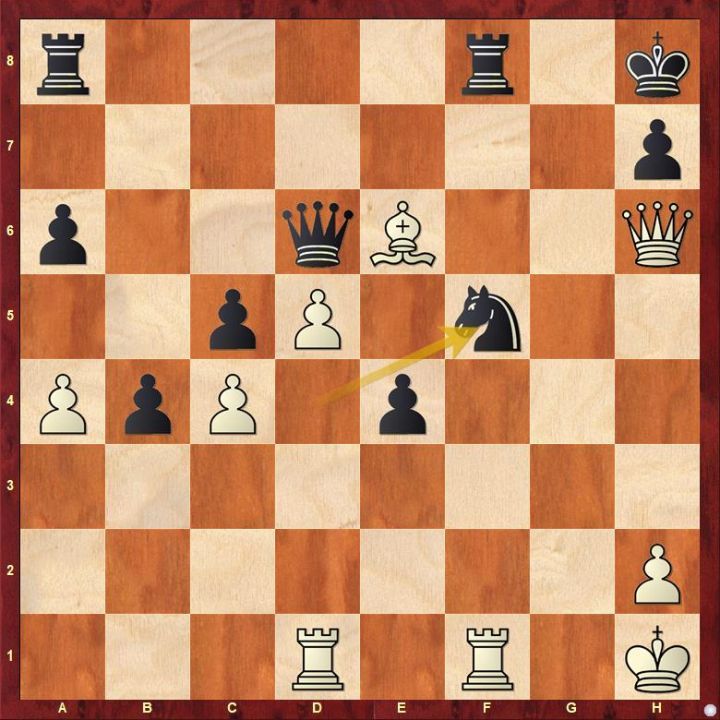 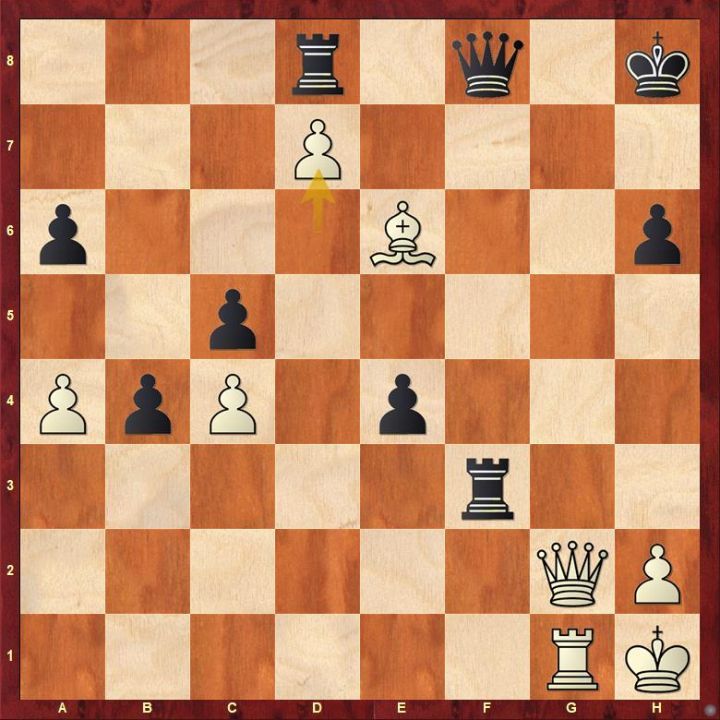 Black needed to play a bit more actively here. 40...b3 or Qf6 either of them would have led to a victory. After a few mutual errors, Black blundered a checkmate and her opponent won the game. Padmini lost the tie-break 0-2 and got eliminated from the tournament.

Vidit Gujrathi vs. B Adhiban

The remaining pairings of Indian players were revealed yesterday.

Here are a few interesting finishes from Round 2 TB 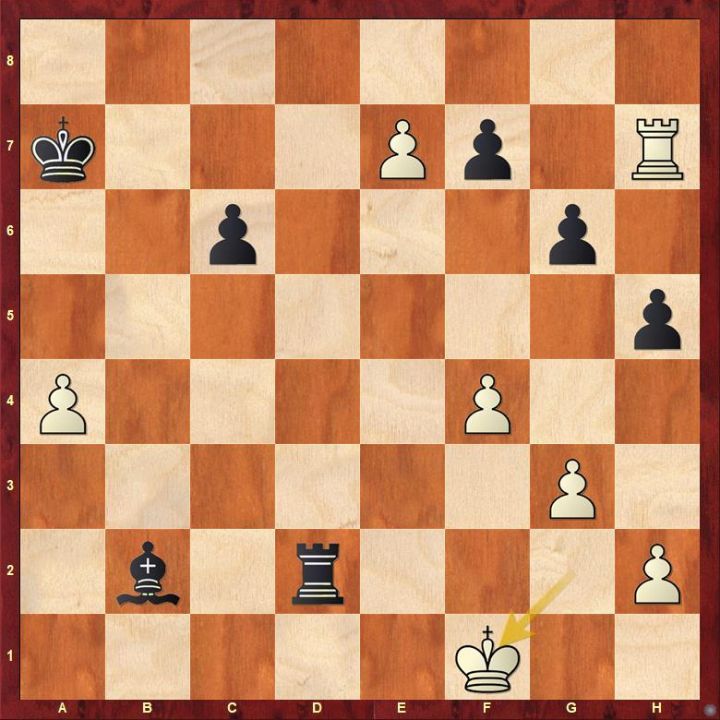 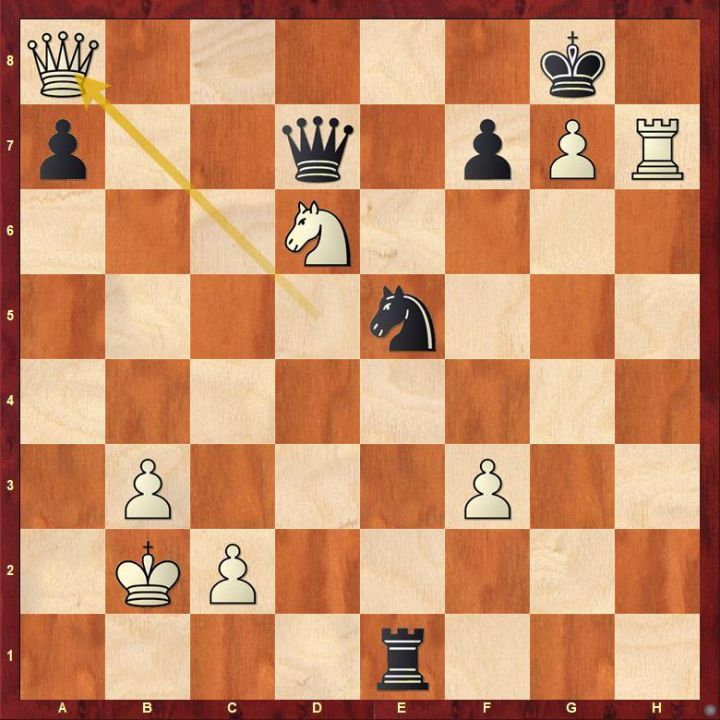 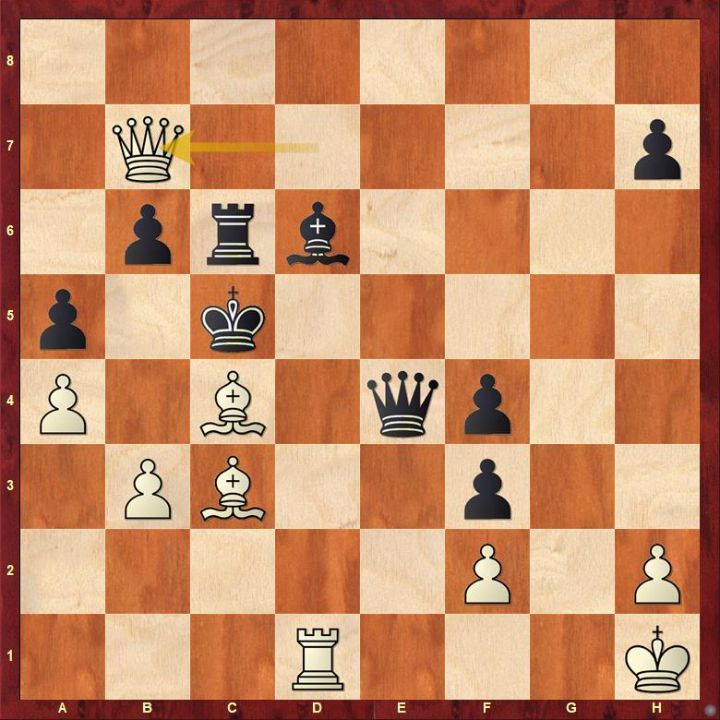 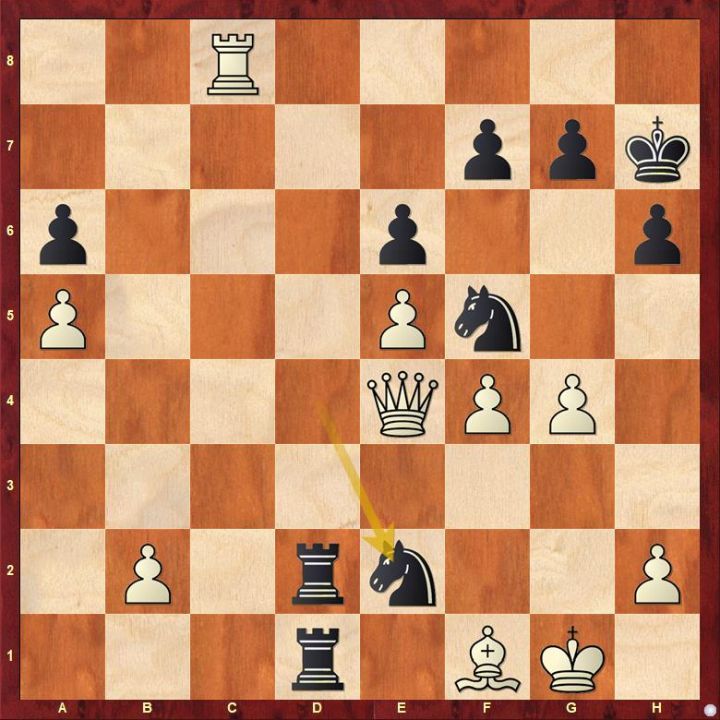 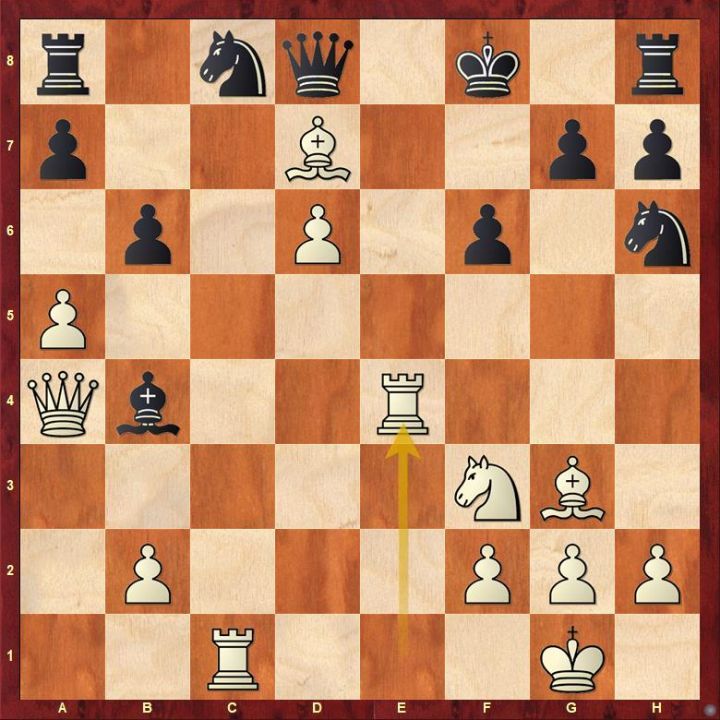 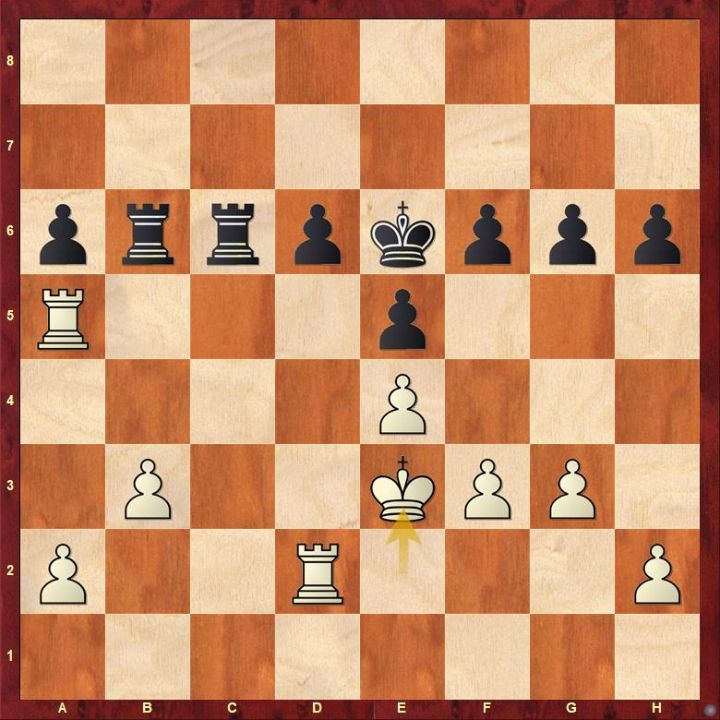 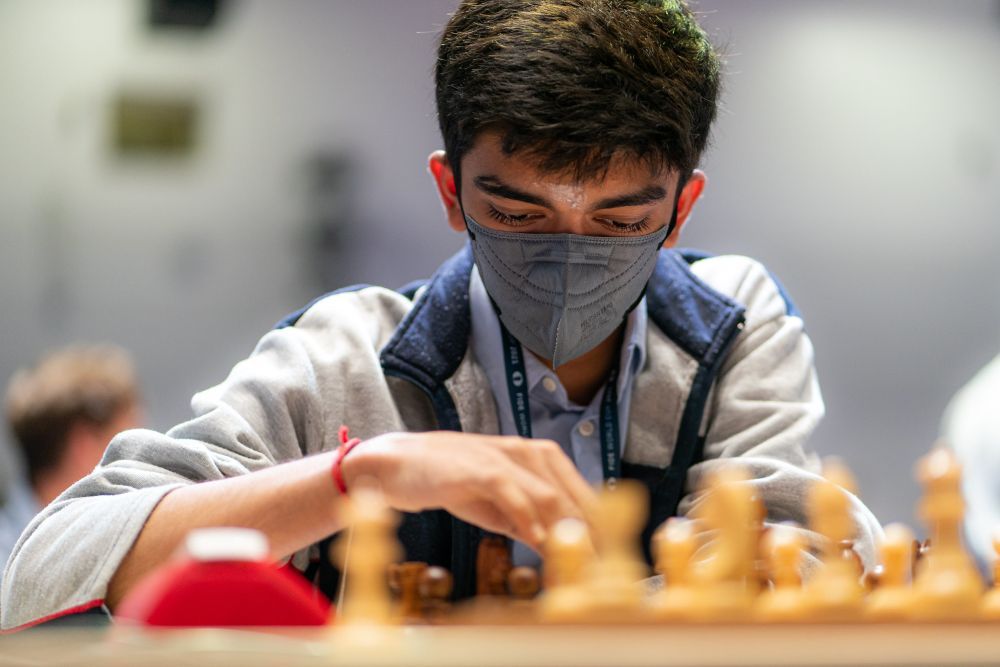 Gukesh has been really impressive against Dubov | Photo: Eric Rosen/FIDE 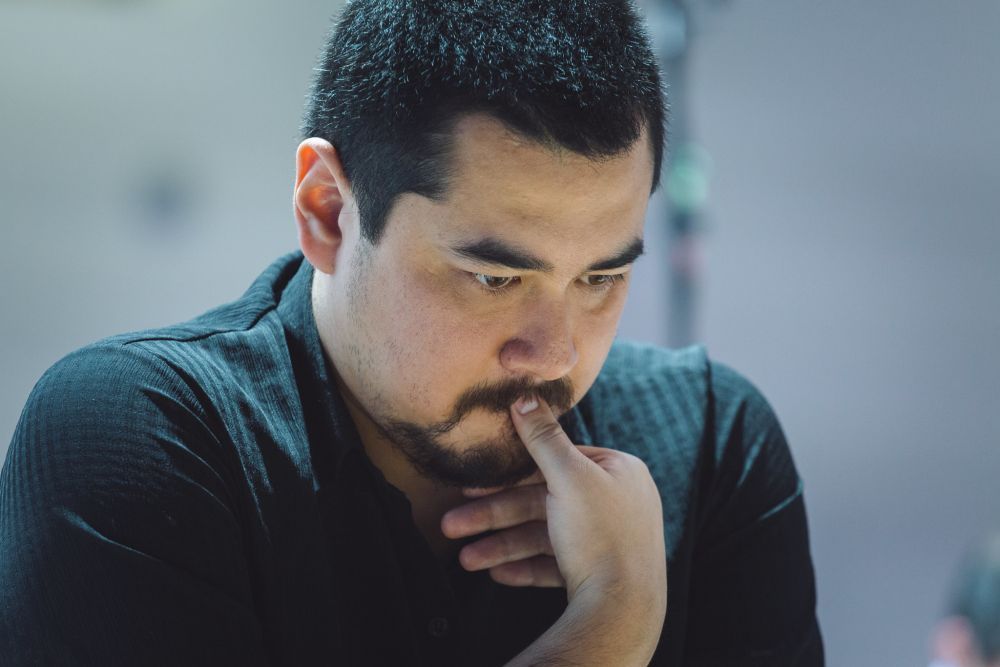 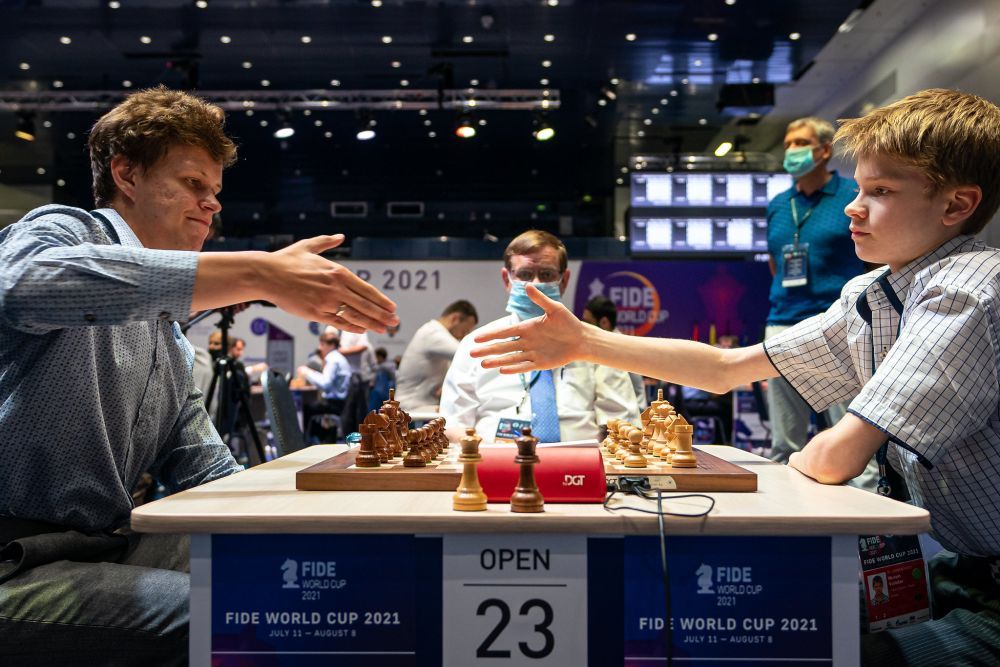