Women's Candidates round 5: Goryachkina is back in the lead and still undefeated

Aleksandra Goryachkina outplayed former Women's World Champion Tan Zhongyi in a Double Rook endgame with unbelievable precision to get back into the lead. The youngest in the fray is not only the sole leader, but also the only undefeated player in the tournament so far. Valentina Gunina missed an easy win in time pressure against Mariya Muzychuk. Alexandra Kosteniuk got lucky as overnight leader Nana Dzagnidze blundered in time pressure in a normal position, according to her. Kateryna Lagno had better for most of the game but Anna Muzychuk managed to trick her opponent and save half-a-point. Photo: Eteri Kublashvili 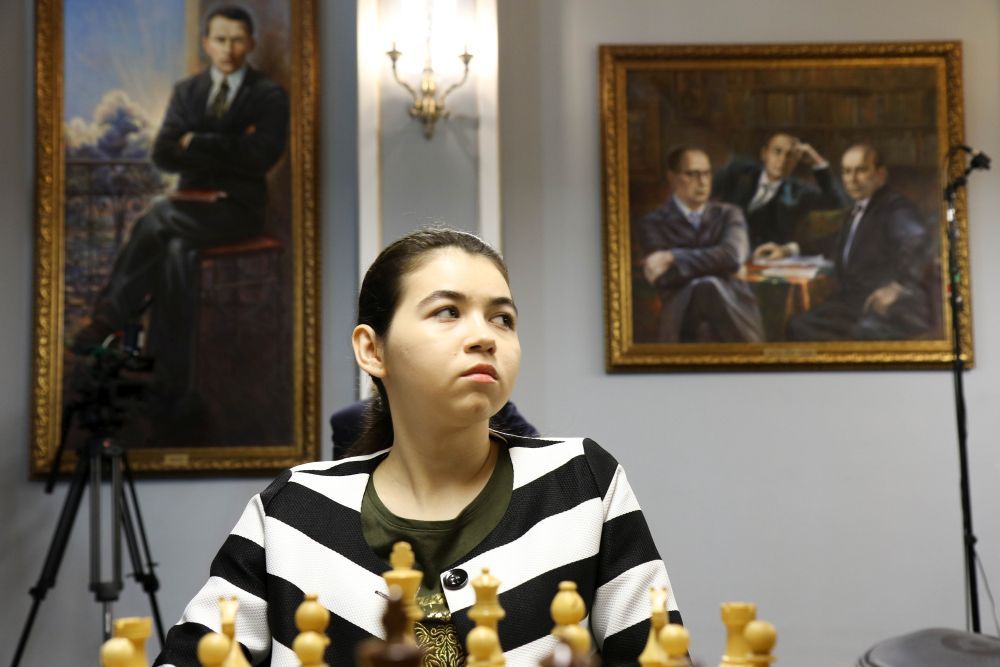 In an Open Catalan opening, Tan Zhongyi equalized easily with Black pieces. Goryachkina started pushing for a win at the endgame. 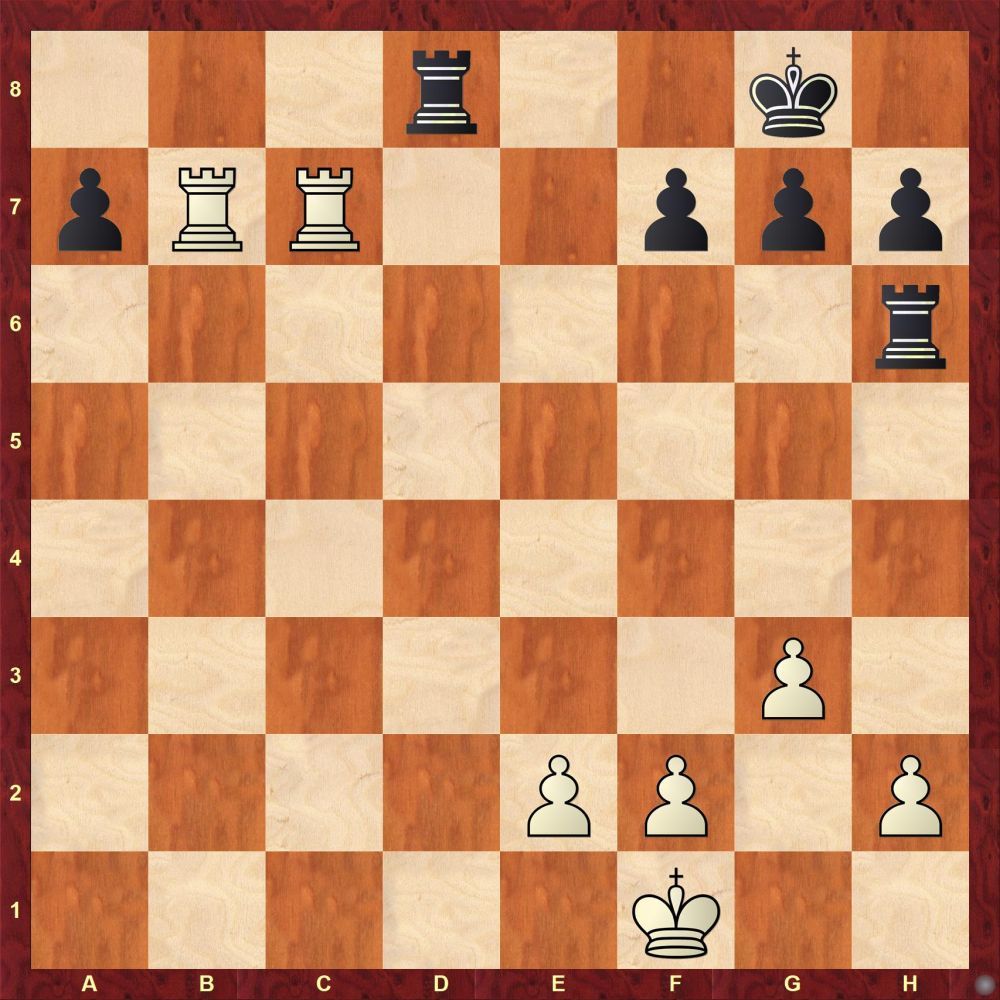 We all know that rook is best placed on the seventh rank. Which pawn should Black defend here? 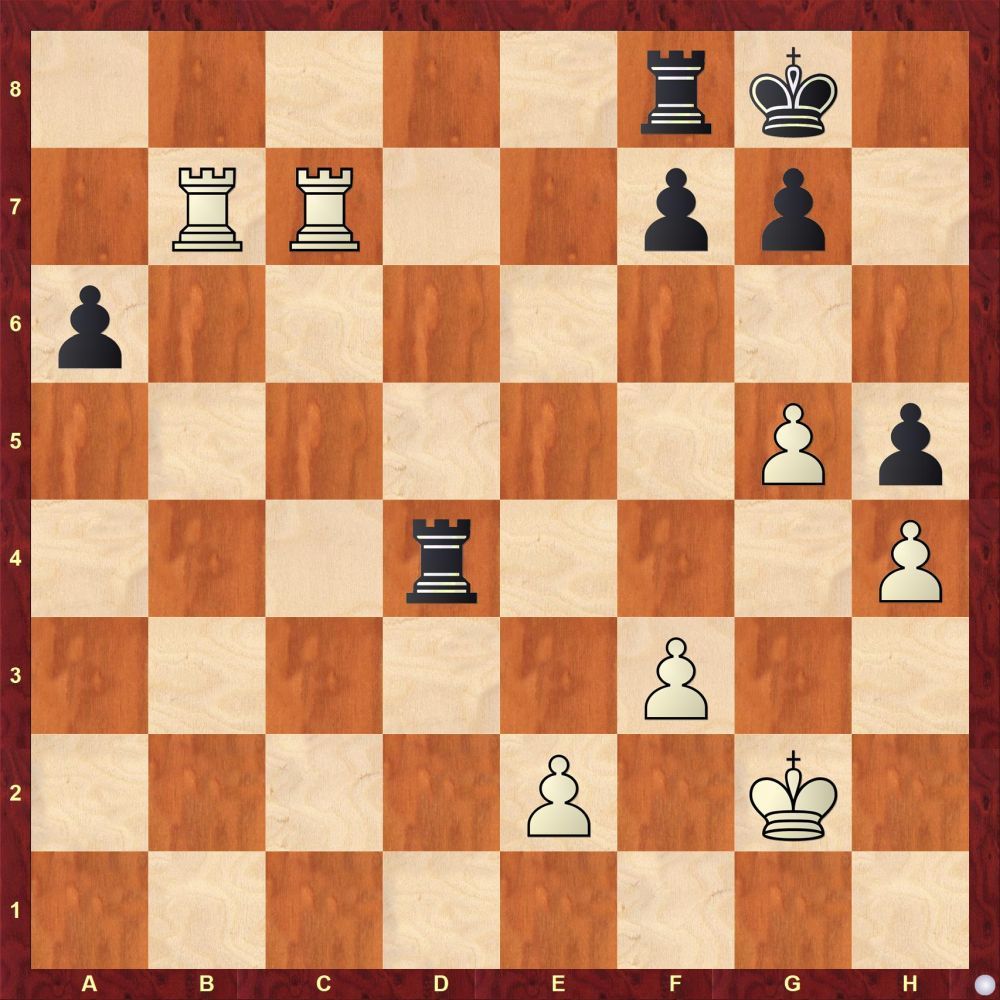 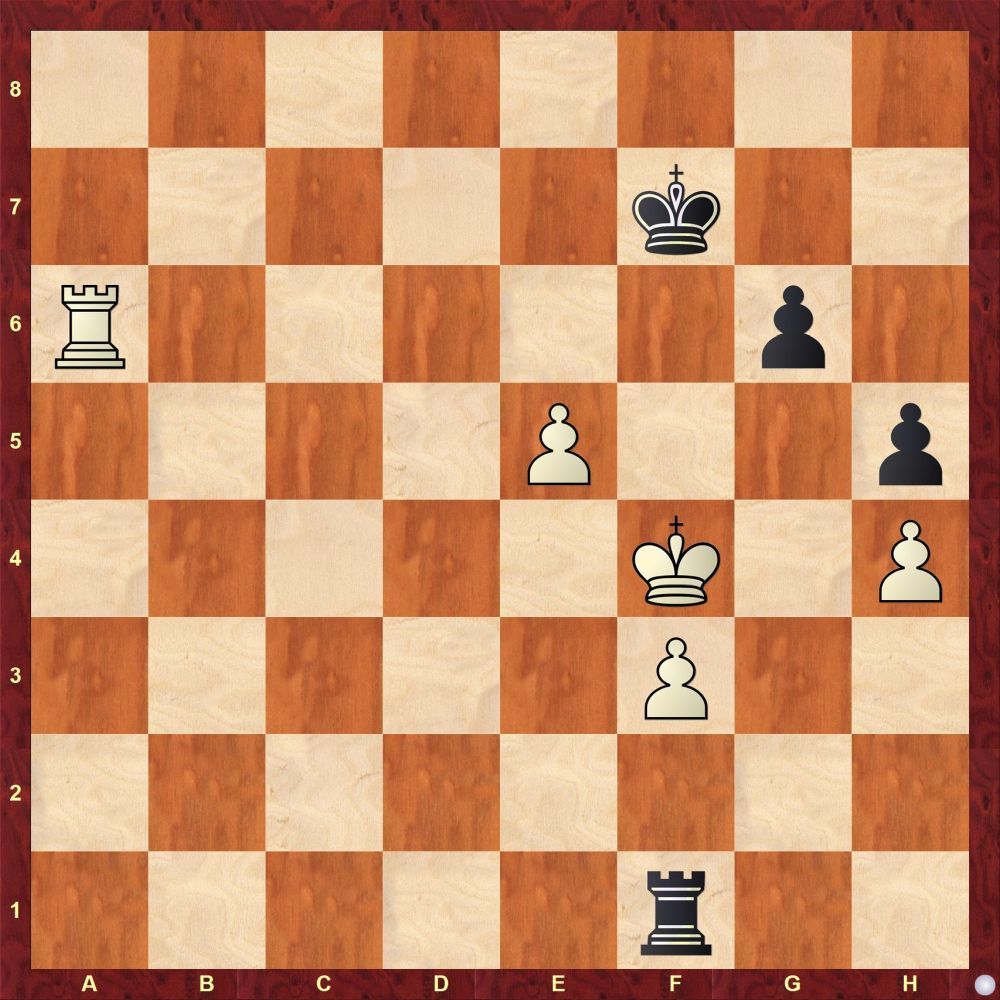 It is evident that White is winning after 50...Kf7 but what is the correct plan for White? Find out.
Goryachkina analyzes her game after the completion of it (Russian audio) | Video: FIDE Chess 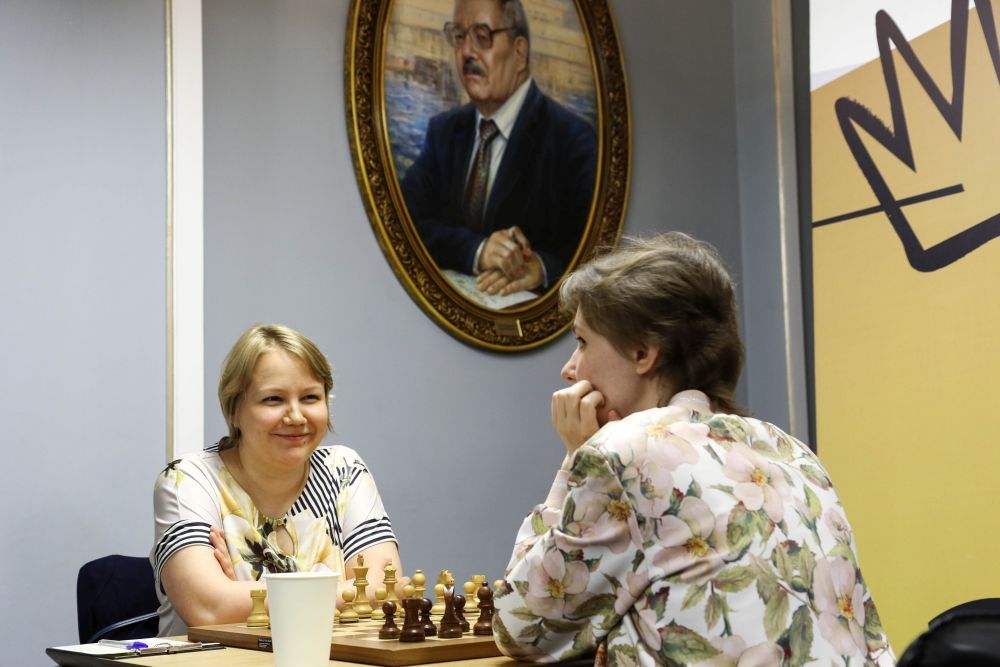 Gunina will definitely not be smiling about the fantastic opportunity she had missed. Then again she was in time pressure like the rest of her tournament, according to her. 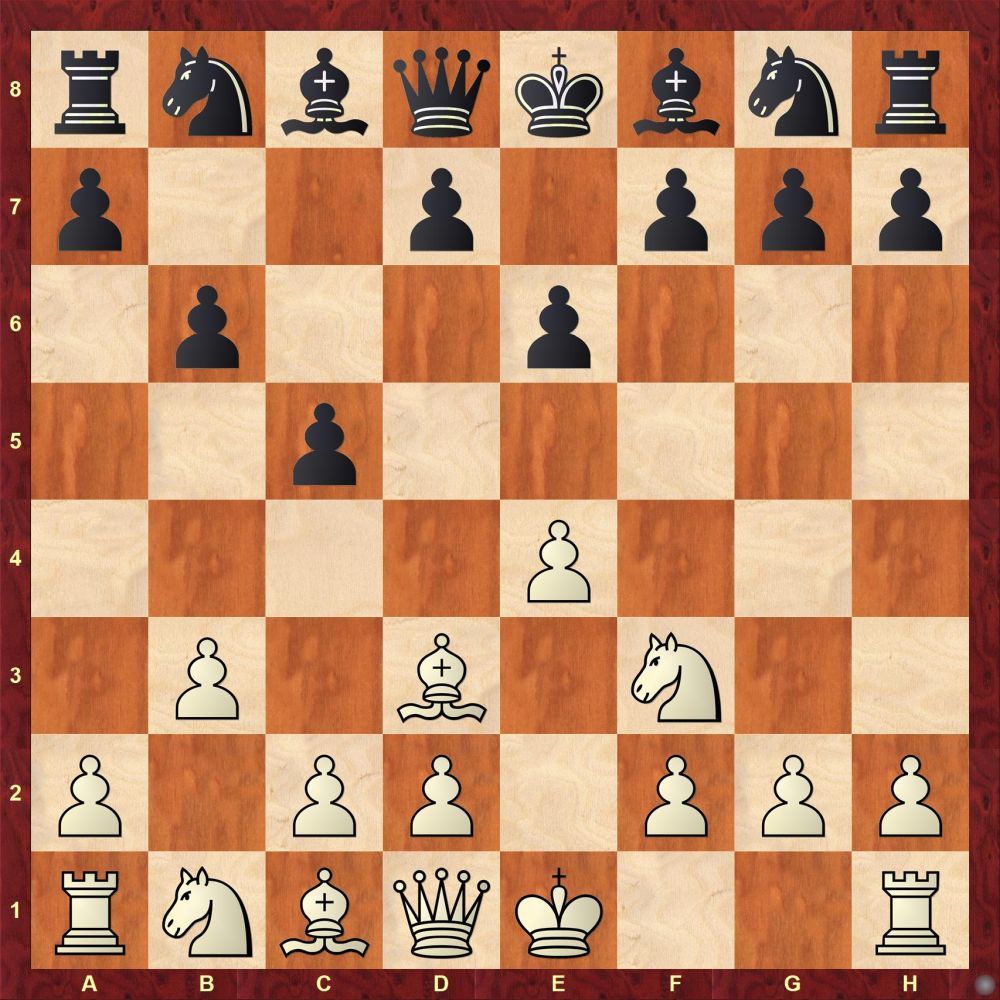 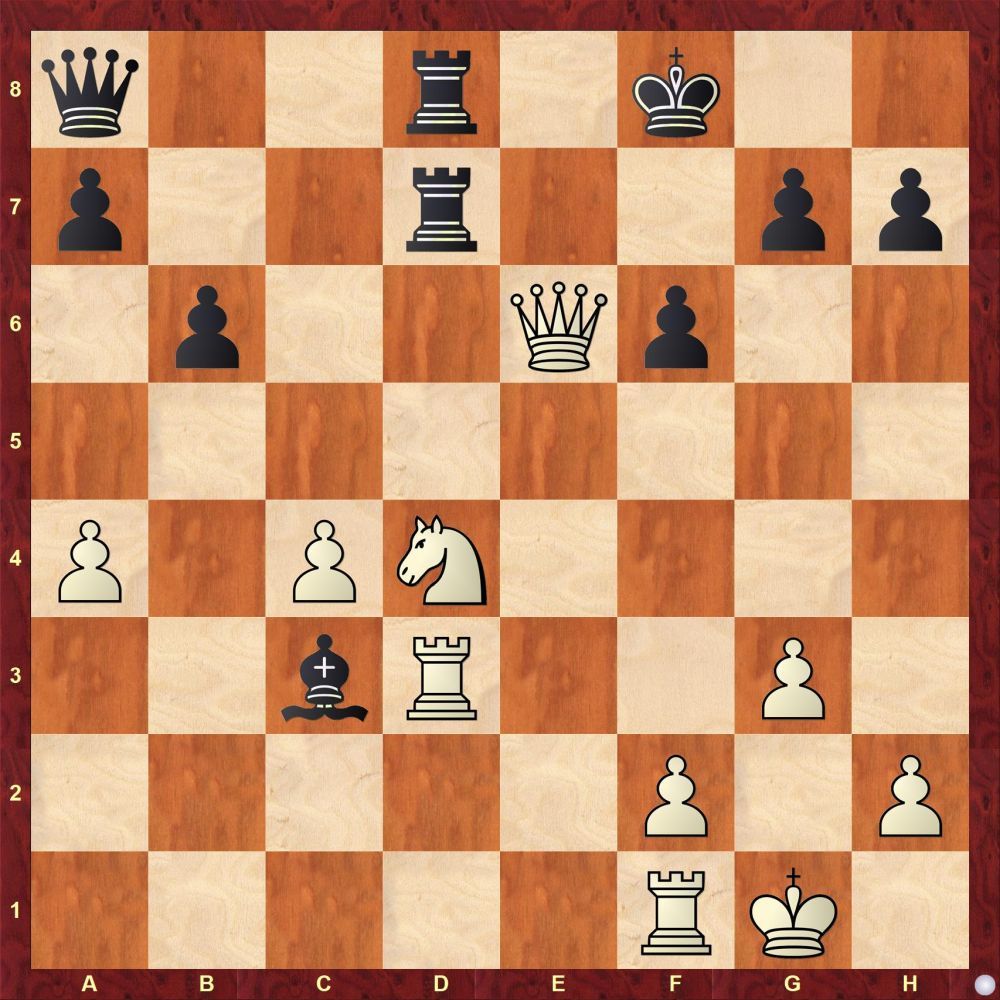 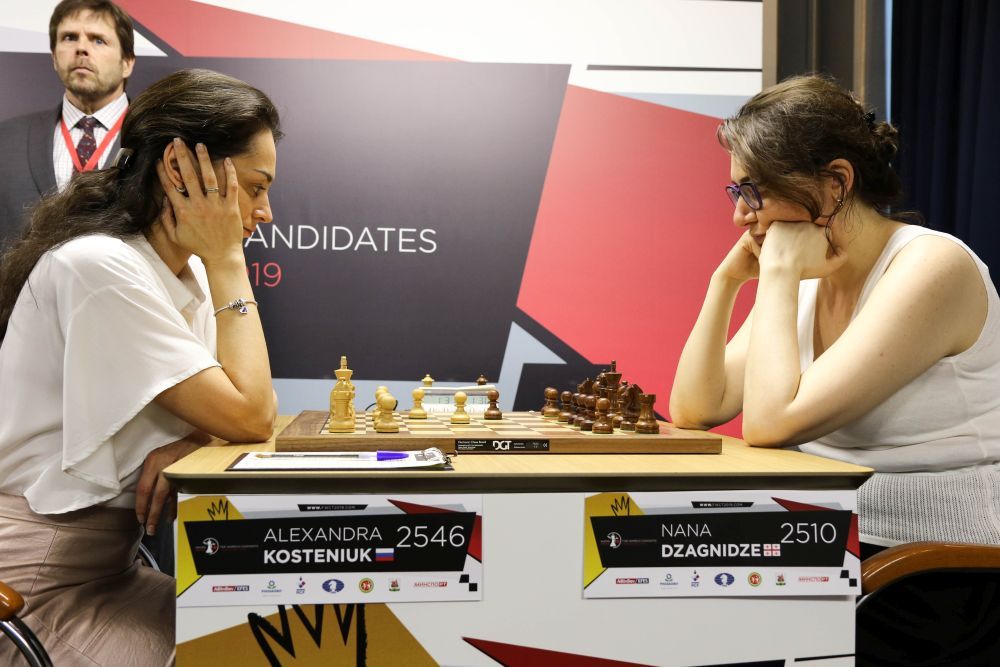 The Chess Queen Alexandra Kosteniuk opted for the Alapin variation in Sicilian Defence to which Nana had no difficulty equalizing. 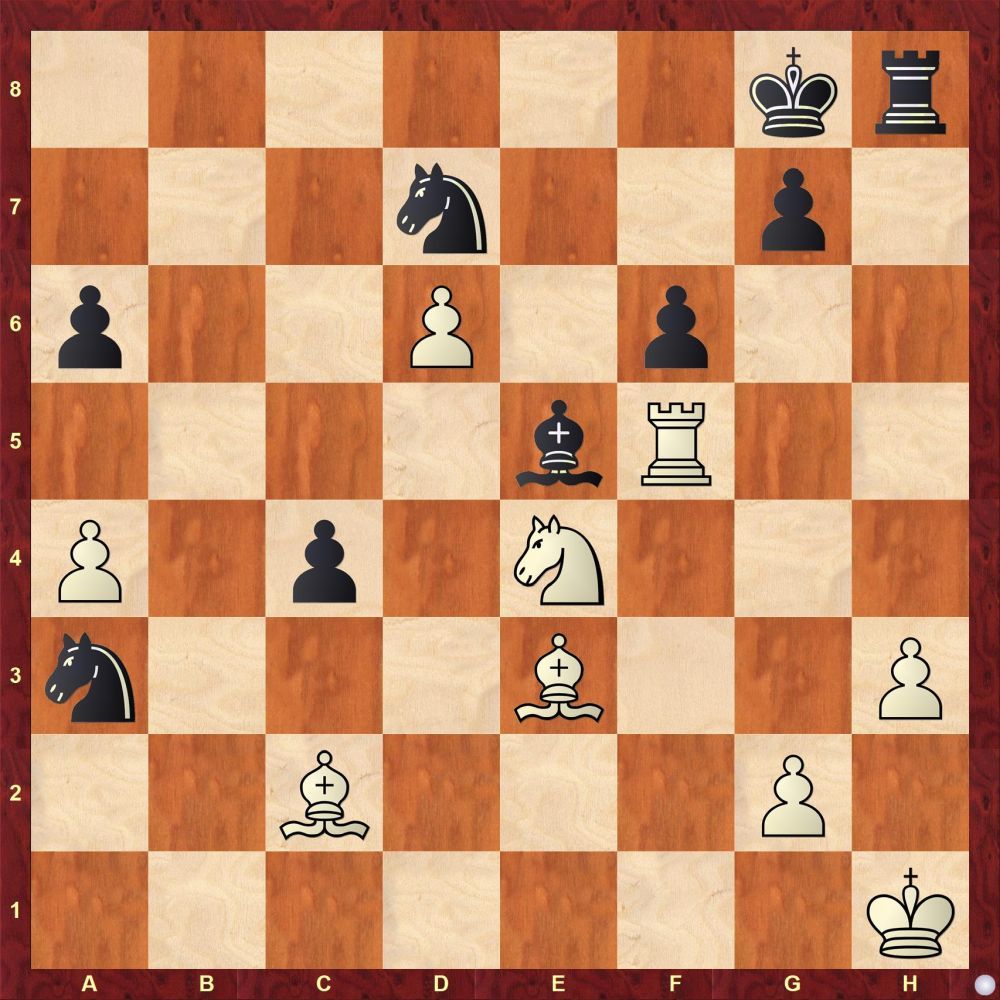 Computer might say 34...Na3 is okay but it really feels awkward as we know what they say about knights being on the rim

Nana herself was not sure why she put her Knight on a3. She added that she lost the game in two moves in a normal position. 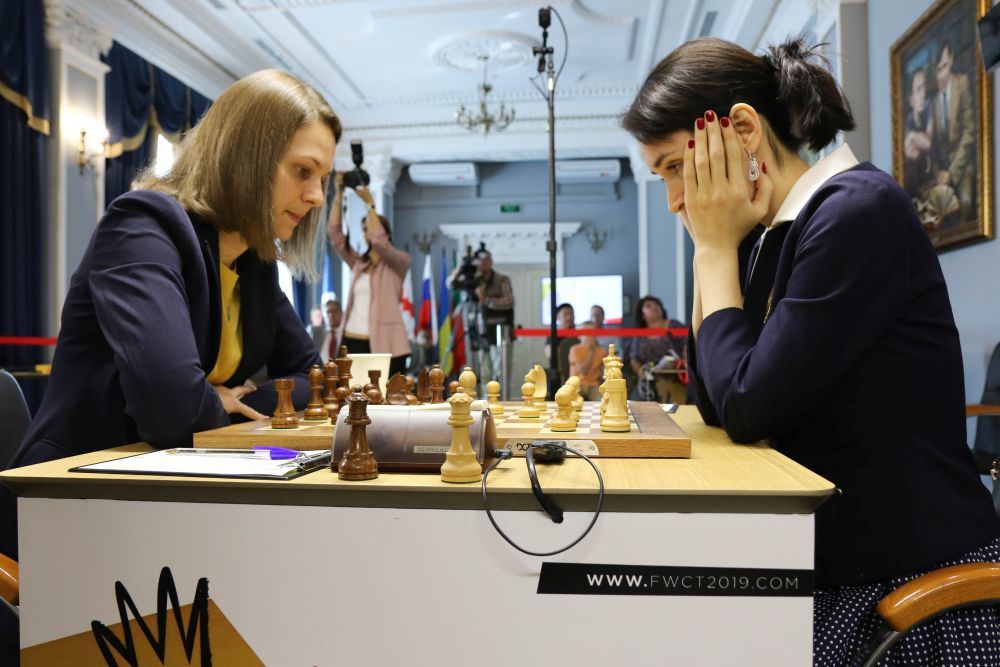 Despite being better for most of the game Lagno was unable to extract anything. According to Anna, she played one good move and managed to salvage a draw | Photo: Eteri Kublashvili

Anna found a very nice trick in the end to equalize the position from a difficult situation. Lagno later admitted that she missed this. 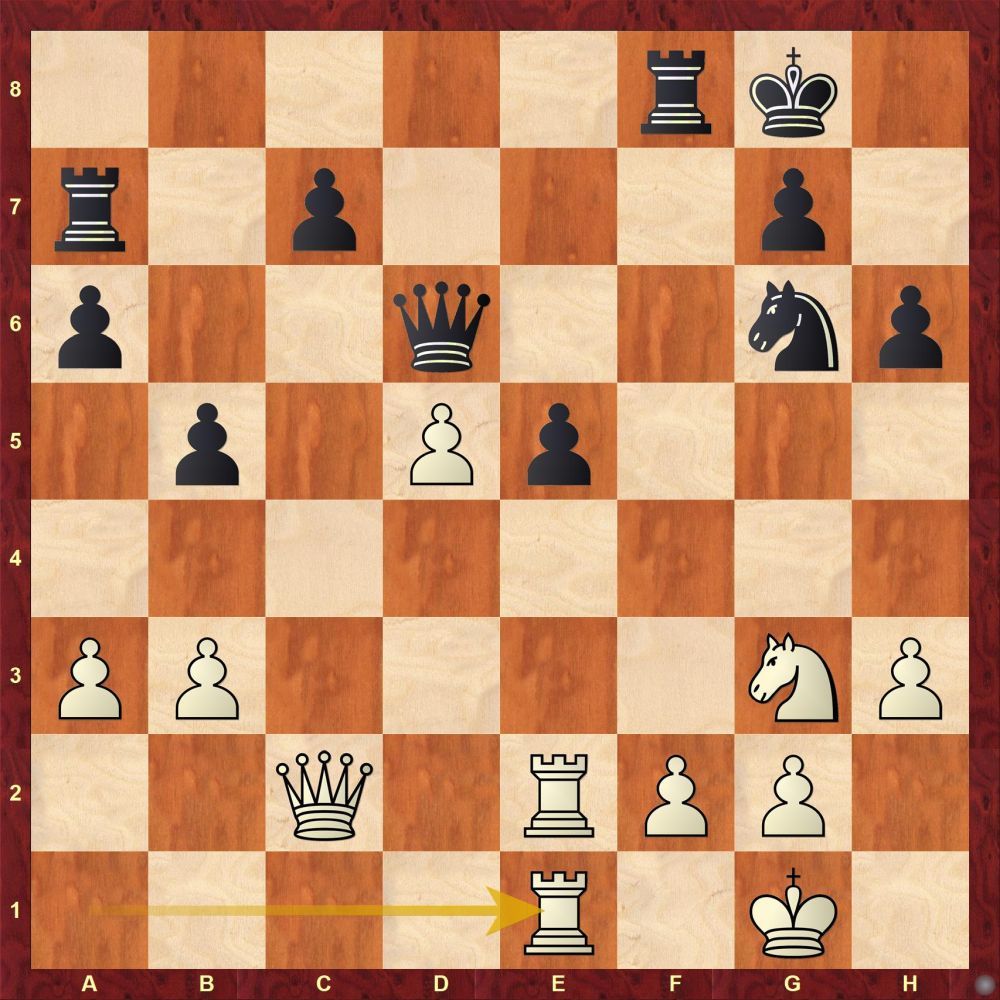 White just played 26.Rae1. Black is in a difficult situation, find out how can Black untangle the position.
Anna talks about feeling like she played artificially, draw was a good result because she was in a difficult situation for most of the game and more | Video: FIDE Chess
Lagno talks about the game, handling four kids being more difficult than playing the tournament and more | Video: FIDE Chess