Kosteniuk scored the only win of the round when she defeated Gunina, who again pushed too hard. Gunina exclaimed, " I just want to finish. It's really too long for me, I am not ready for this tournament." All three other games ended up in a draw. Goryachkina was never in trouble against Lagno, who was the closest to have any chance of narrowing the gap but Goryachkina prevailed and maintained her lead by 2.5 points. Anna had an uneventful draw against former Women's World Champion Tan Zhongyi. Mariya had a half chance against Nana but that also ended up in a draw. Both Anna and Mariya are tied at the third spot at 5.0/10 each after Lagno is who at 5.5/10. Photo: Eteri Kublashvili

Kosteniuk victorious first time since round 5 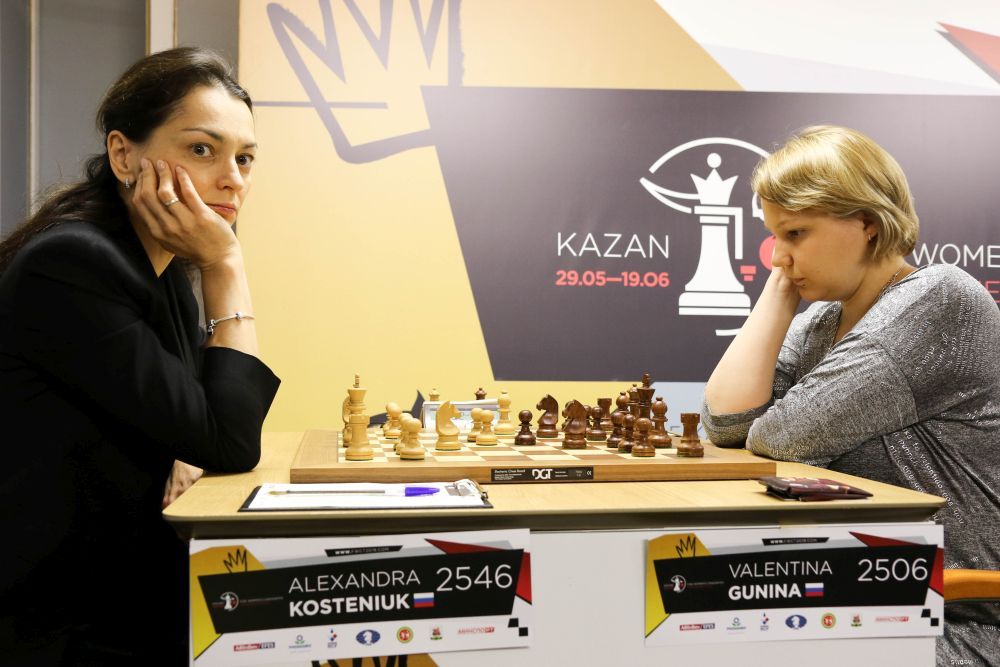 Kosteniuk would be happy to finally get a win after four rounds since her last win | Photo: Eteri Kublashvili

Gunina in a post-match interview said, " I just want to finish. It's really too long for me, I am not ready for this tournament." 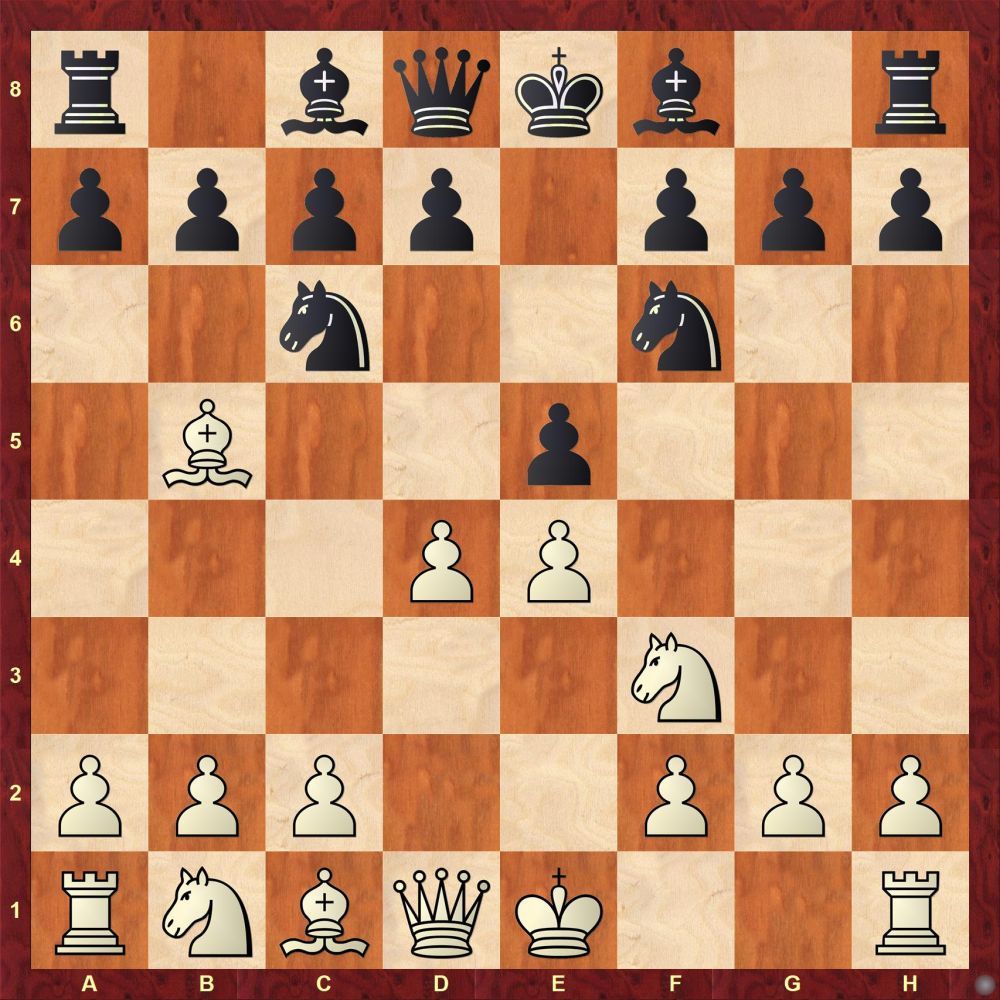 Gunina got surprised as early as move 4.d4 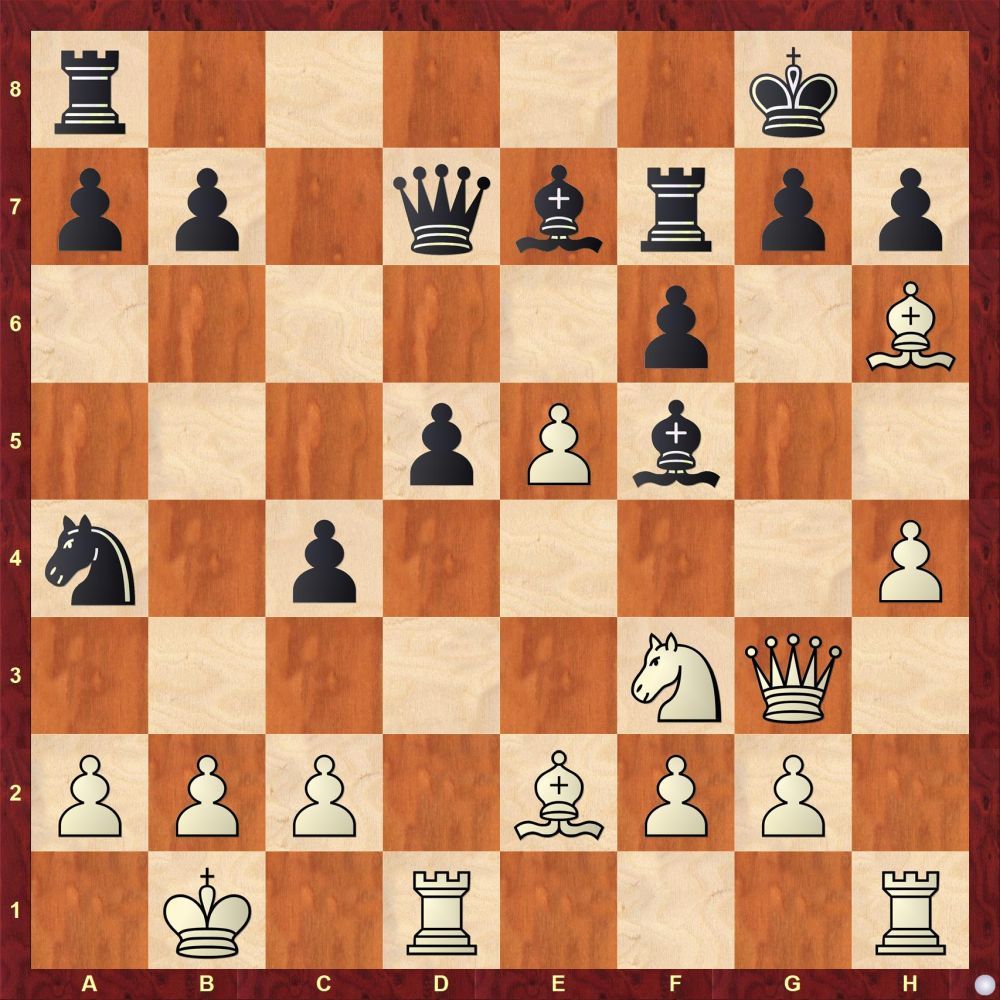 White has an advantage here. Find out the best continuation for White. 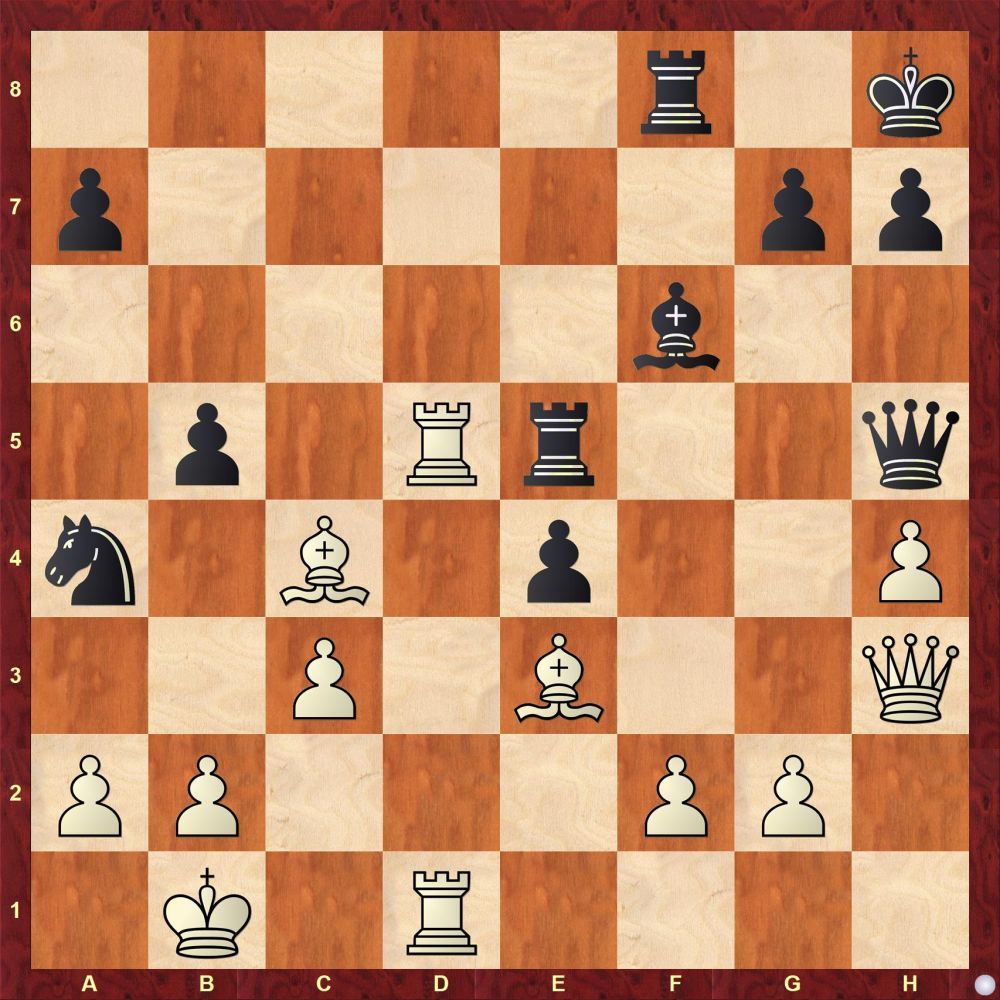 How should White continue here? 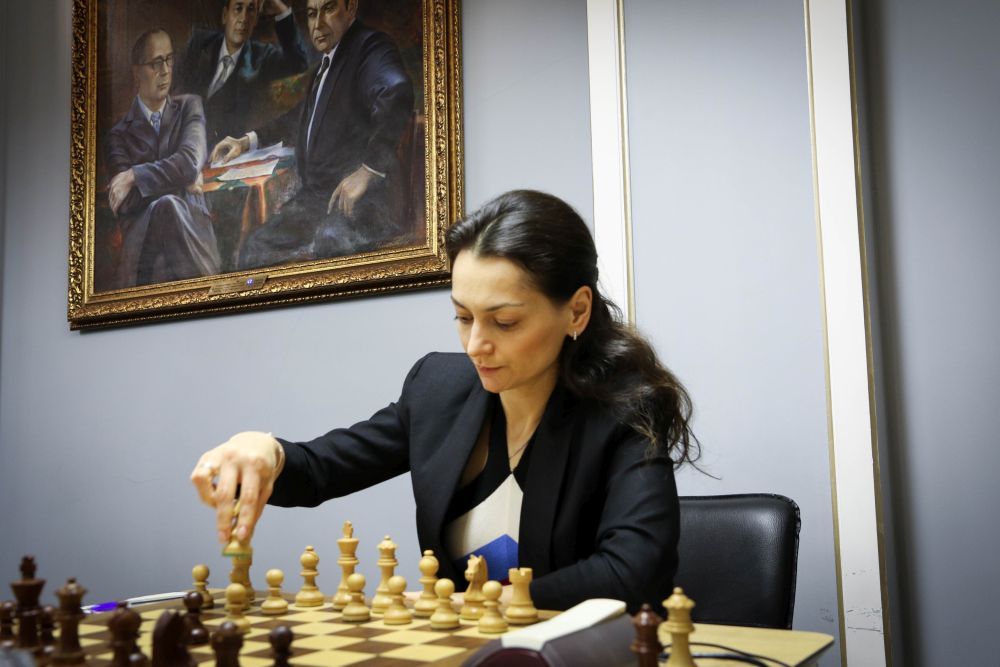 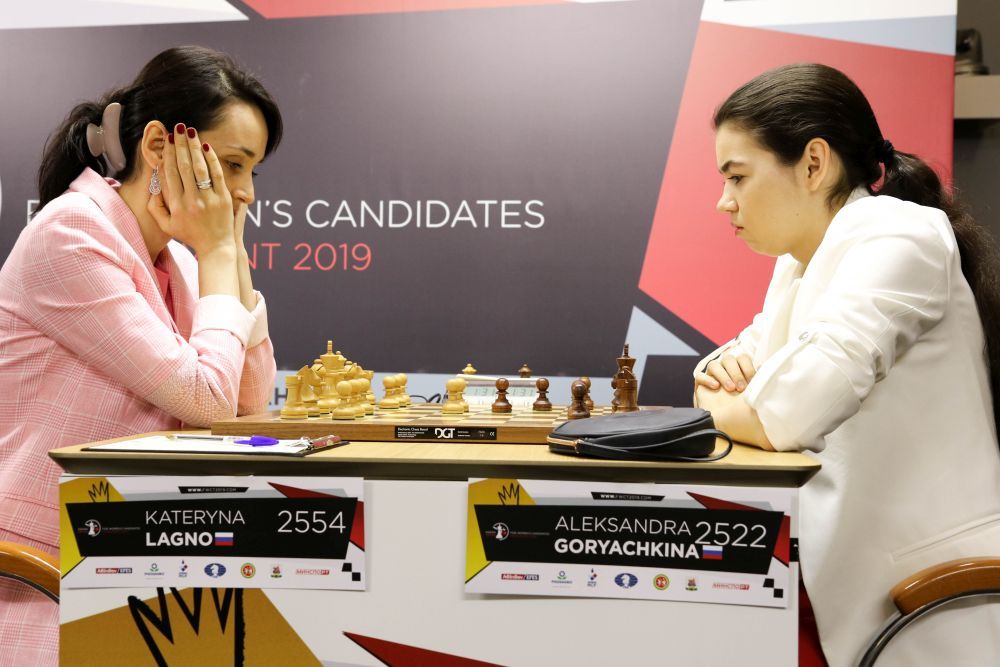 Lagno was unable to reduce the gap between her and the leader Goryachkina | Photo: Eteri Kublashvili

Neither Lagno nor Goryachkina was in grave danger throughout the game. However if anything then Lagno got a half chance to start making things go her way, although it was not much. 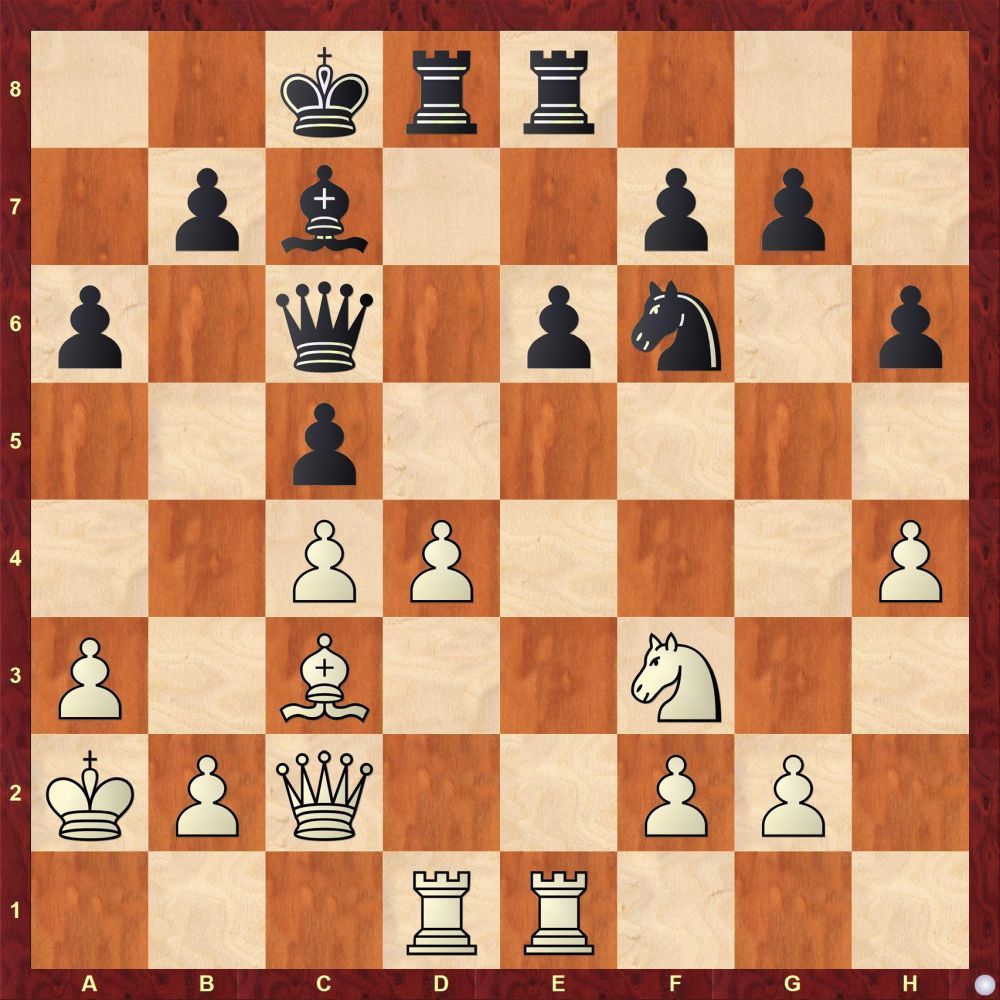 After 22...Qc6, Lagno captured the c5 pawn. She could have gone for something else, find out what 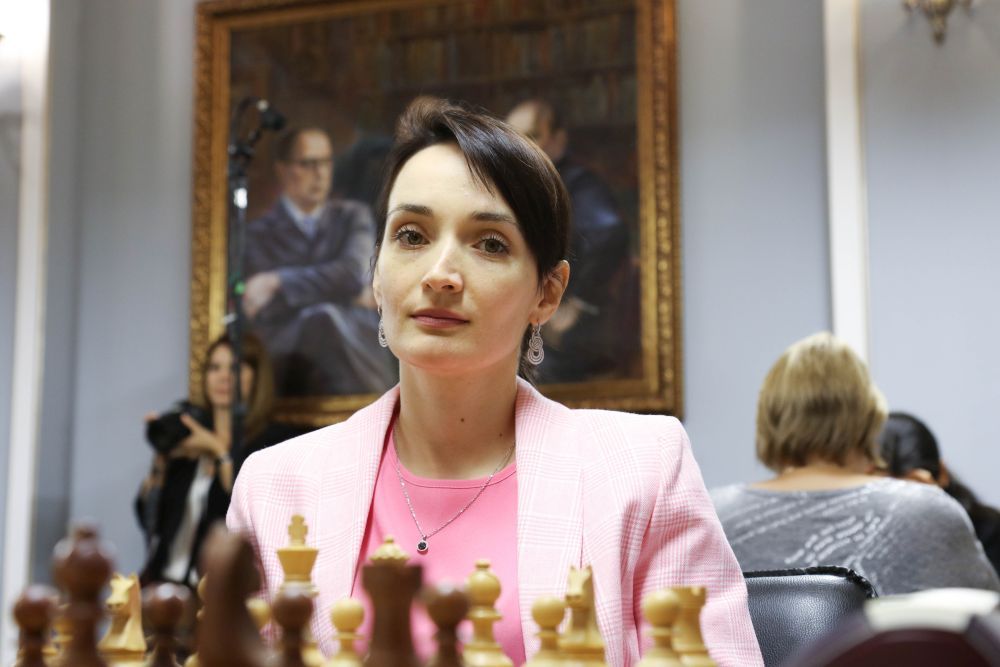 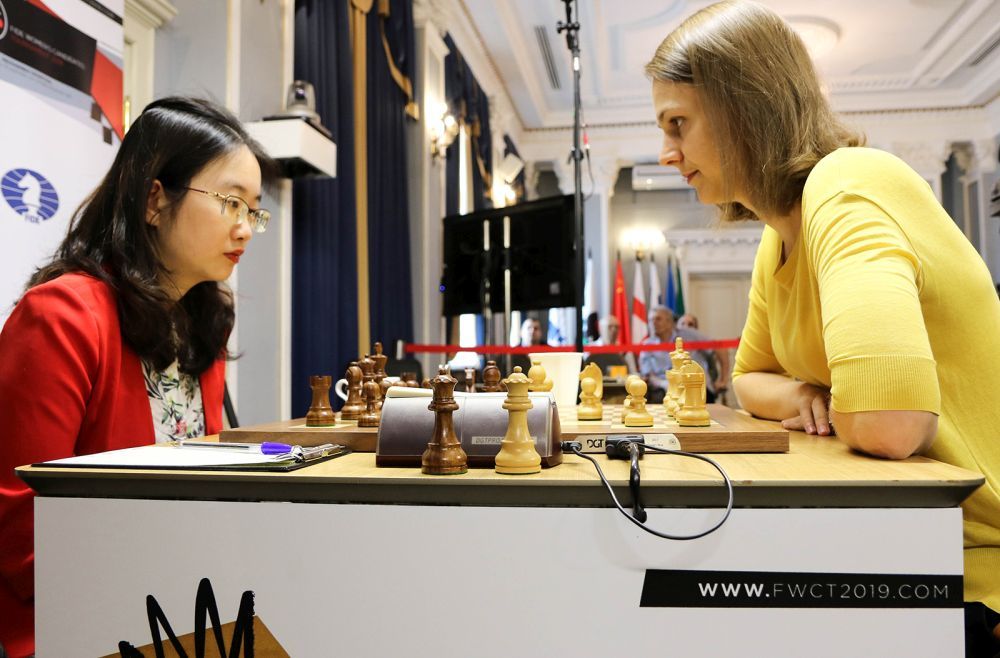 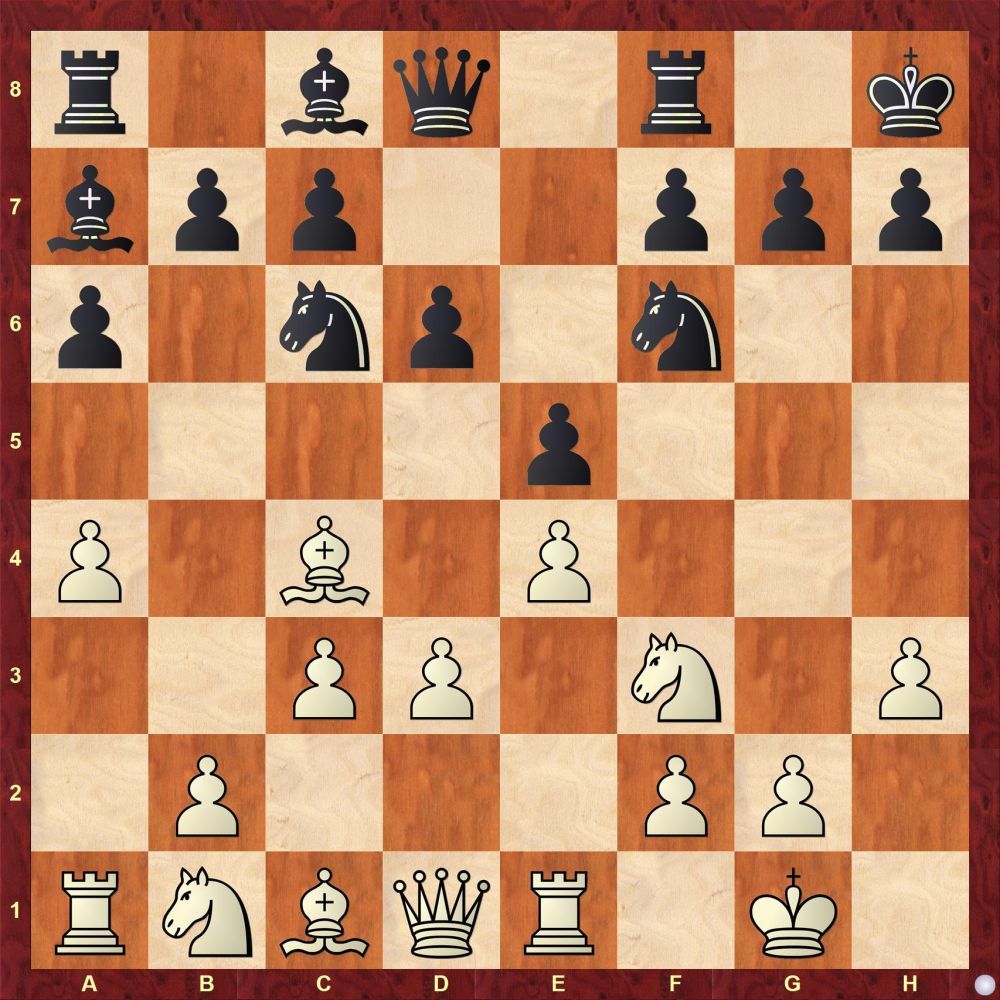 Anna got surprised by Tan's choice of playing 9...Kh8 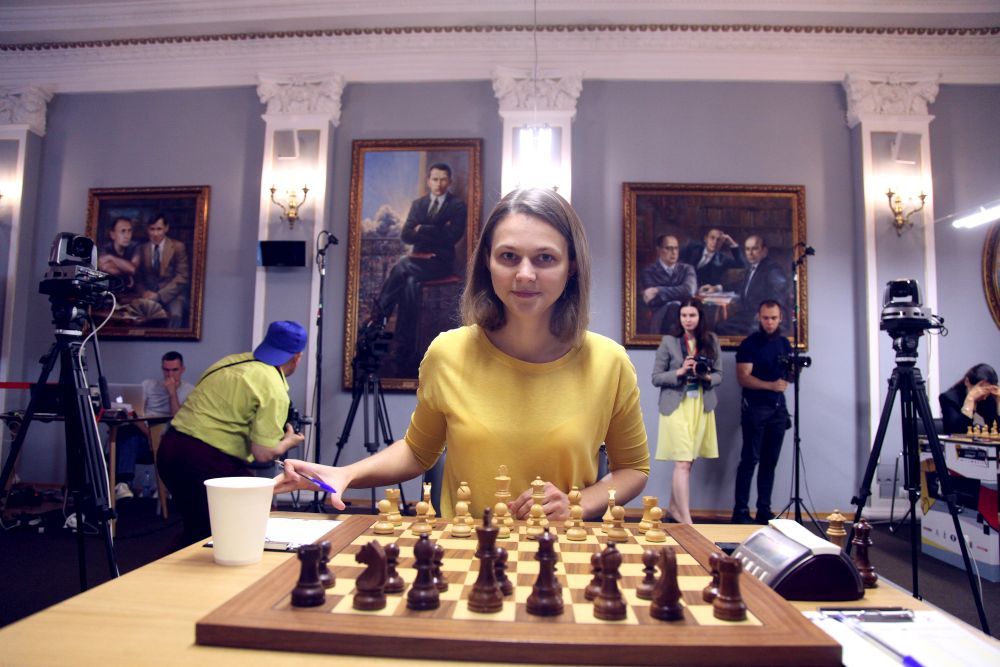 Anna scored her only half point against Tan Zhongyi, finishing with 0.5-1.5 against her | Photo: Anastasiya Karlovich
Anna talks about her game, tournament situation and more | Video: FIDE Chess 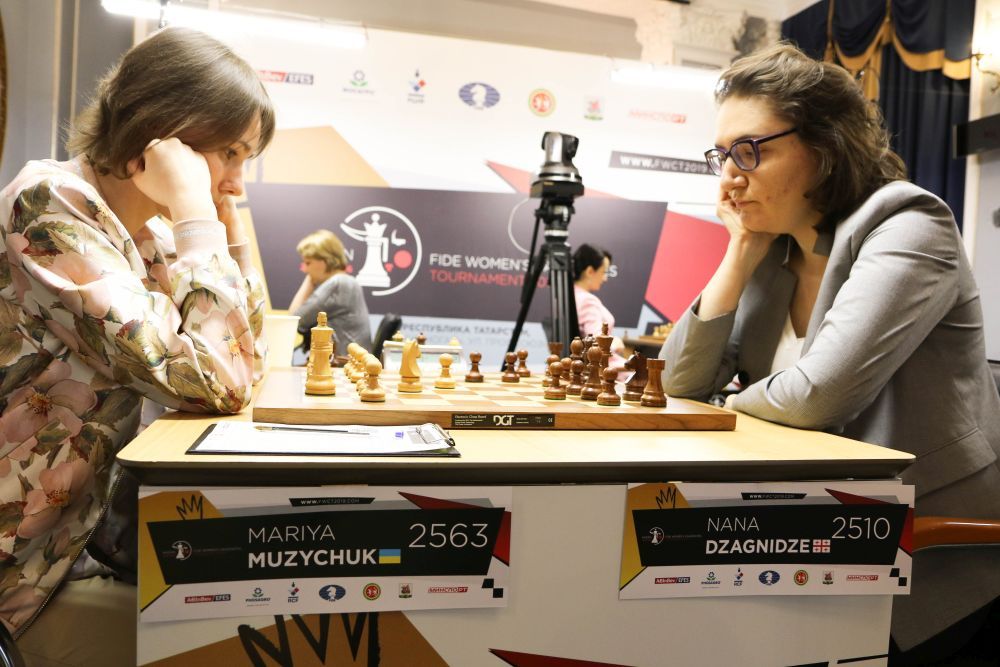 Mariya got a half chance but it was definitely not easy to convert | Photo: Eteri Kublashvili

"In the beginning it was fine, but later somehow I managed to play so terribly" - Nana on how she fared in the tournament so far. 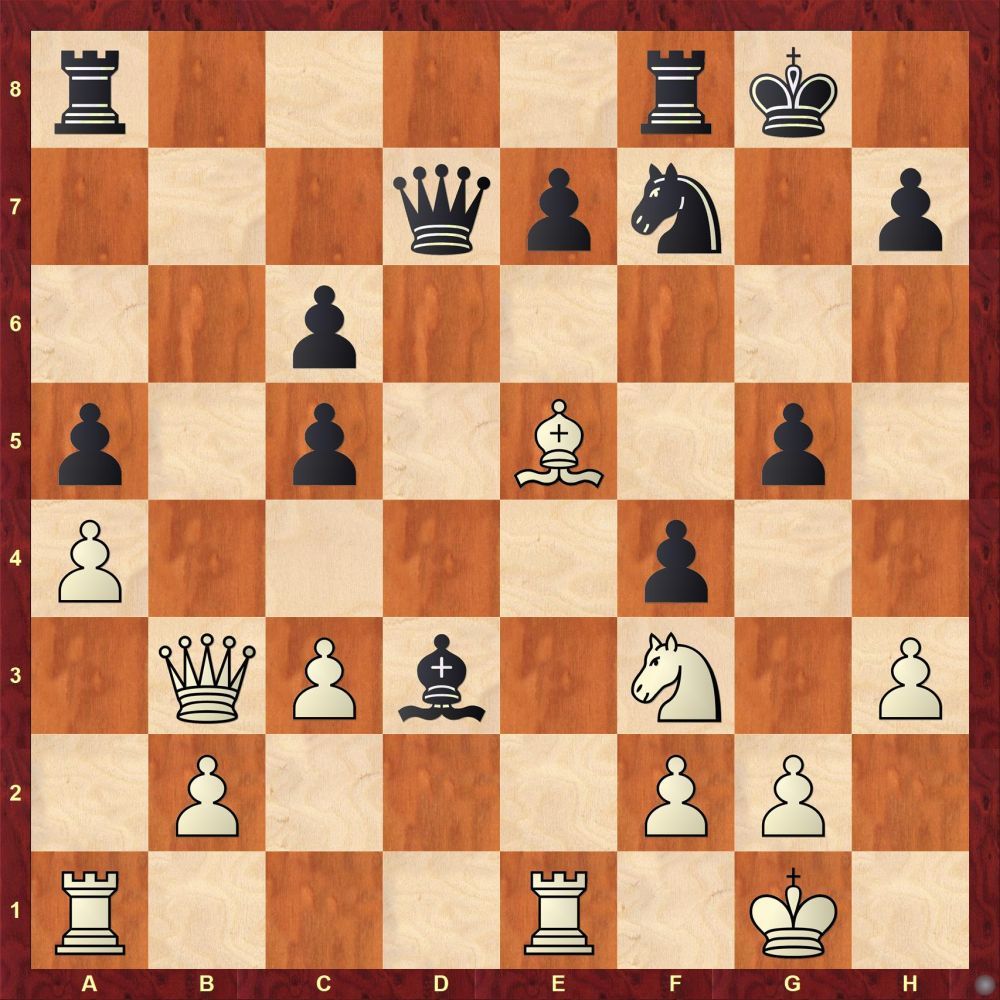 Nana saw White's threat still she played 19...Rad8. What did she allow? 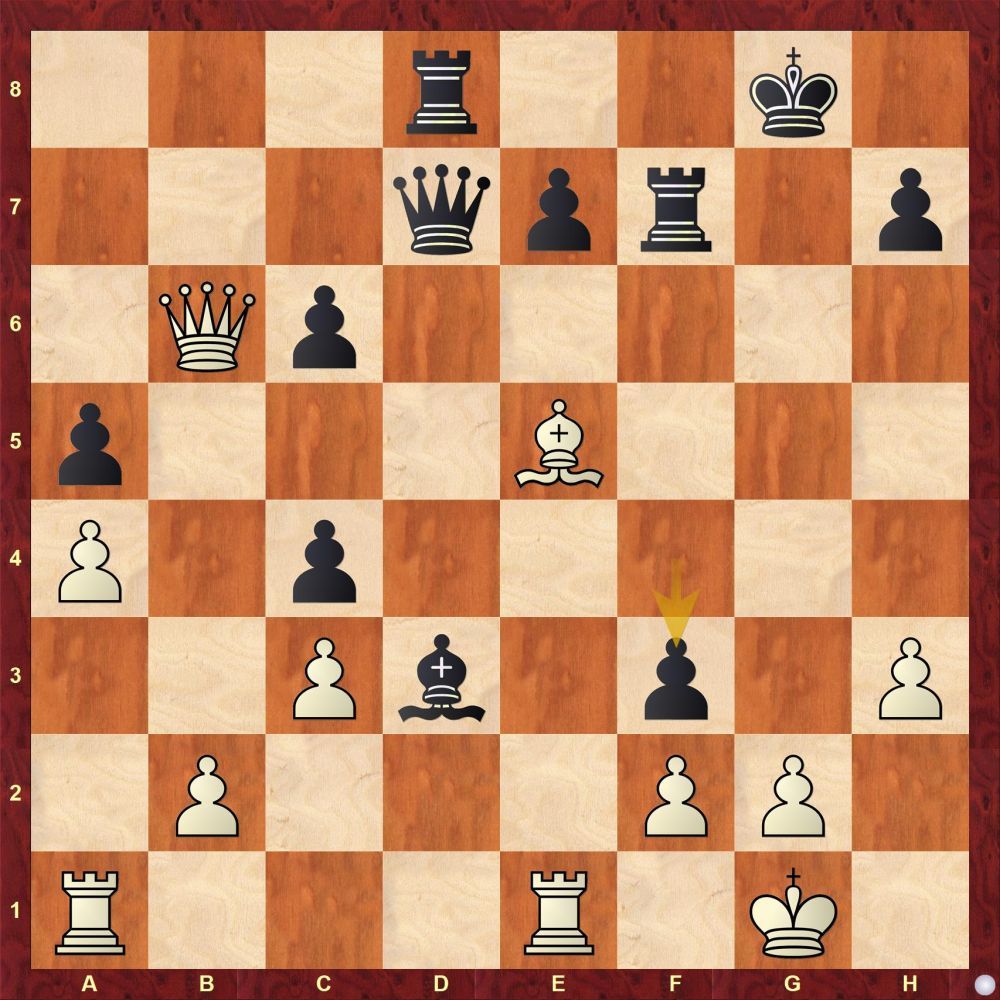 It might not be enough in a practical game, but Mariya could have taken a chance here. What is the chance for White here? 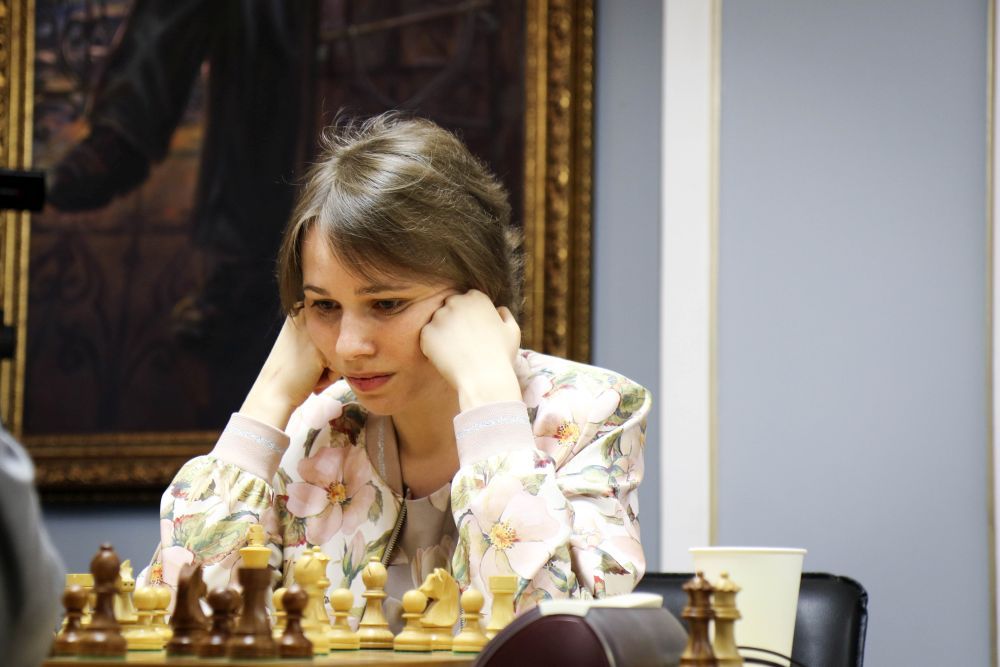 Goryachkina leads after round 10 with a score of 8.0/10 | Photo: Official site