Goryachkina made a quick draw as according to her, she reached her goal so lacks motivation to play more. Anna won a long battle which went for almost 5.5 hours. She played the endgame beautifully to stop Gunina's winning streak. Kosteniuk ended her losing streak by defeating Mariya when she made a few bold decisions which was rewarded with a full point. Kateryna Lagno drew with Tan Zhongyi in Ruy Lopez Berlin Defence when Zhongyi kept looking for chances but Lagno managed to handle the situation well and stay out of trouble in the penultimate round. Photo: Official site 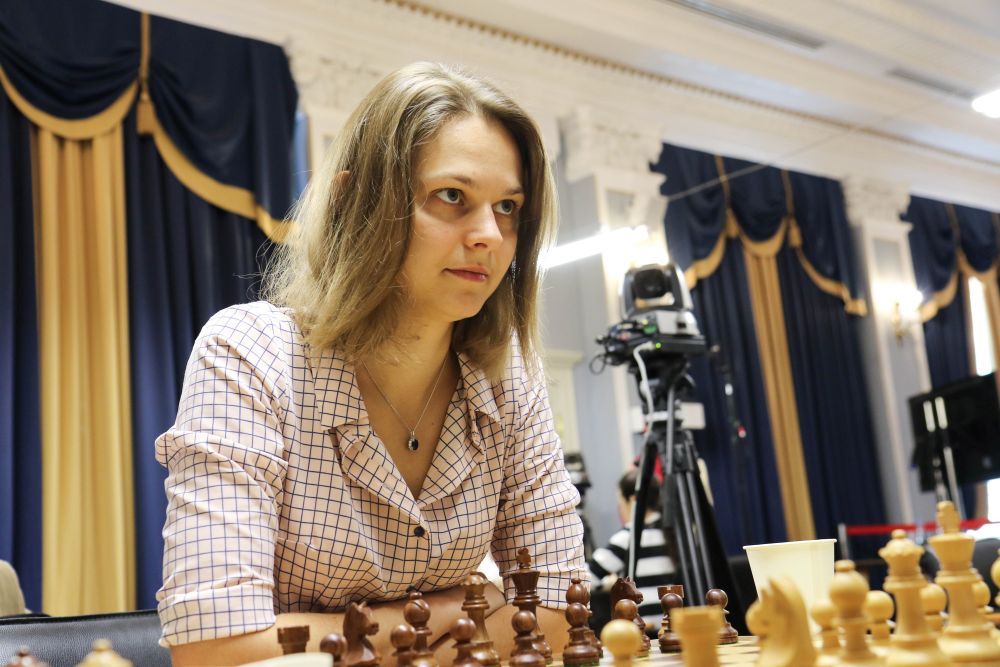 Anna Muzychuk won a long game which ran for almost 5.5 hours. She kept dominating throughout the game. 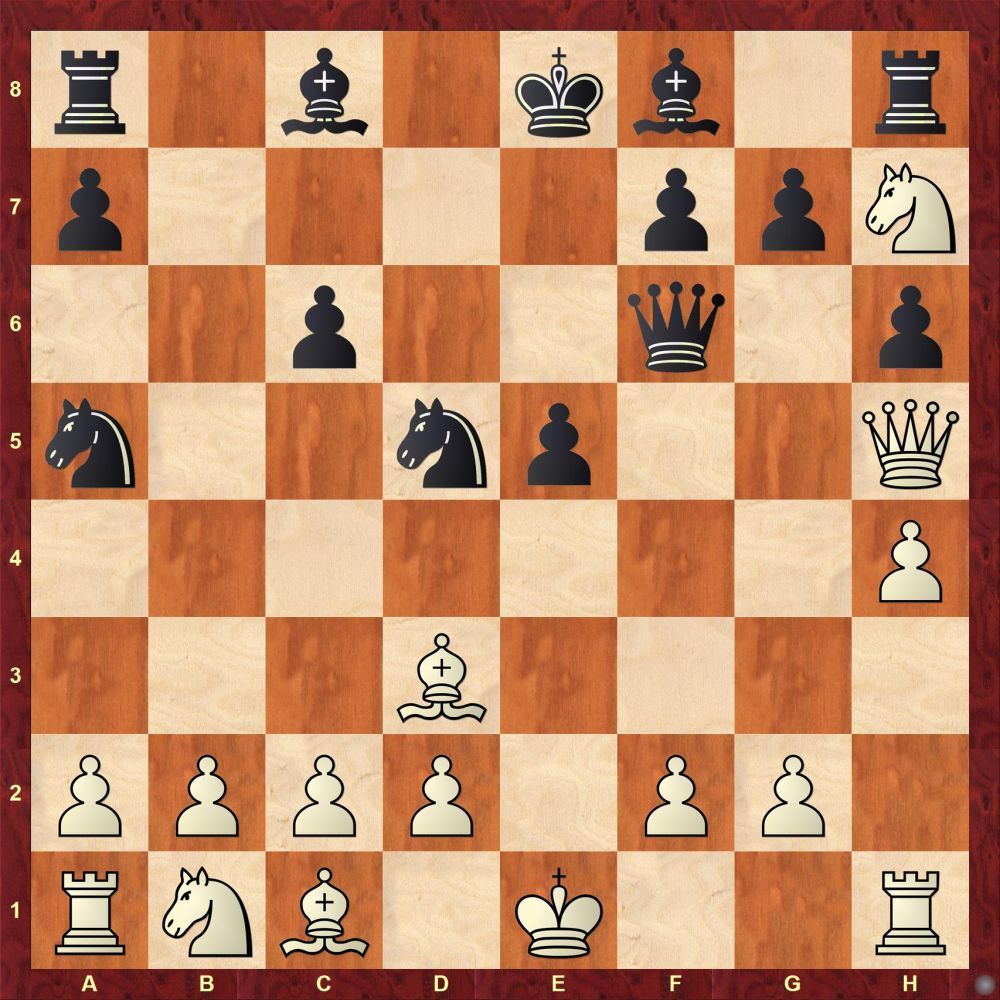 Gunina made the unusual choice of playing 11.Nh7. 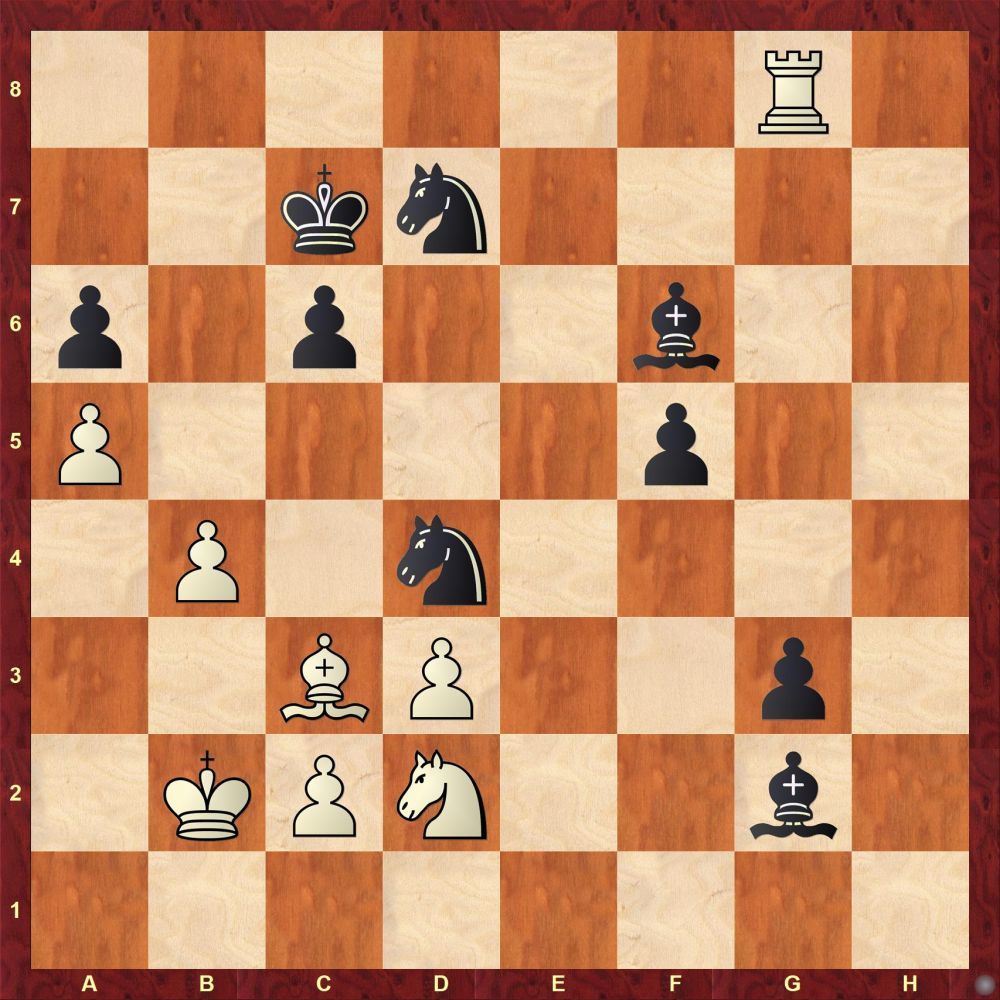 Black has been winning for quite sometime but what is the best continuation for Black after 43.Rg8 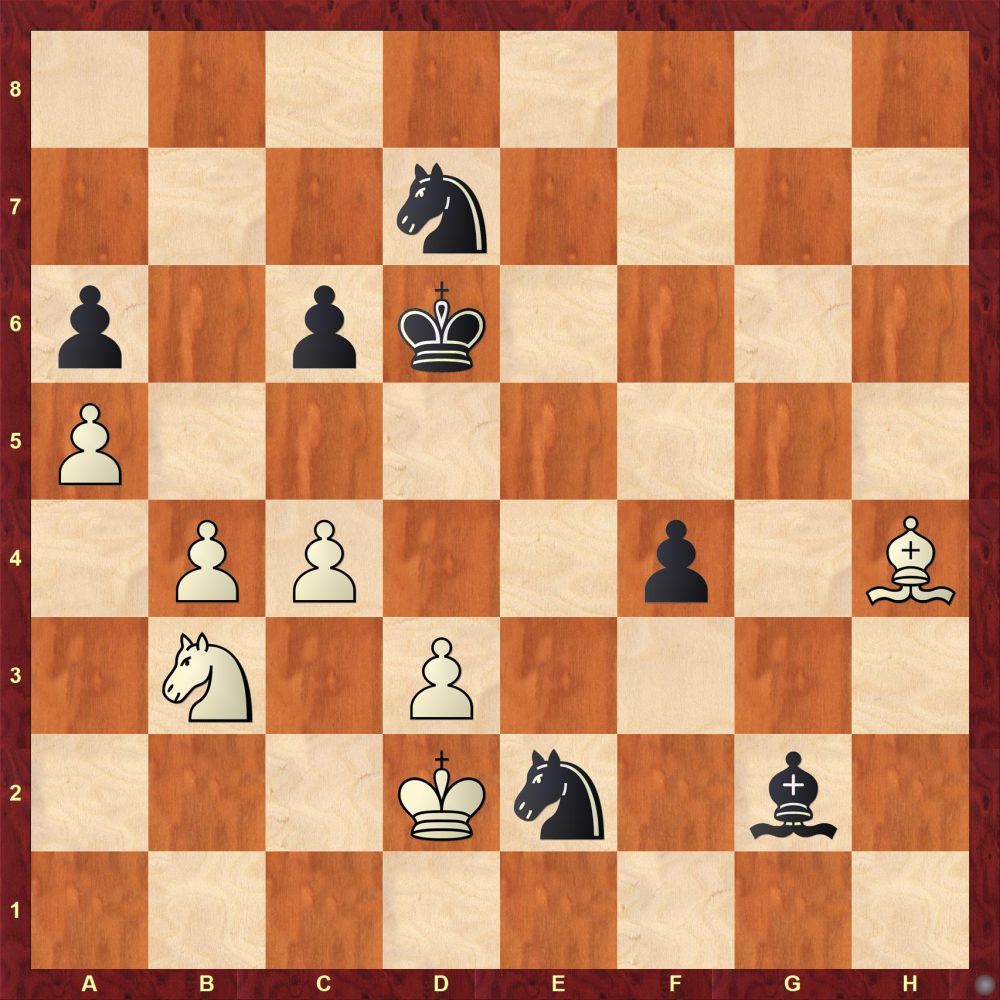 After 50.Kd2, where should Black move his Knight? 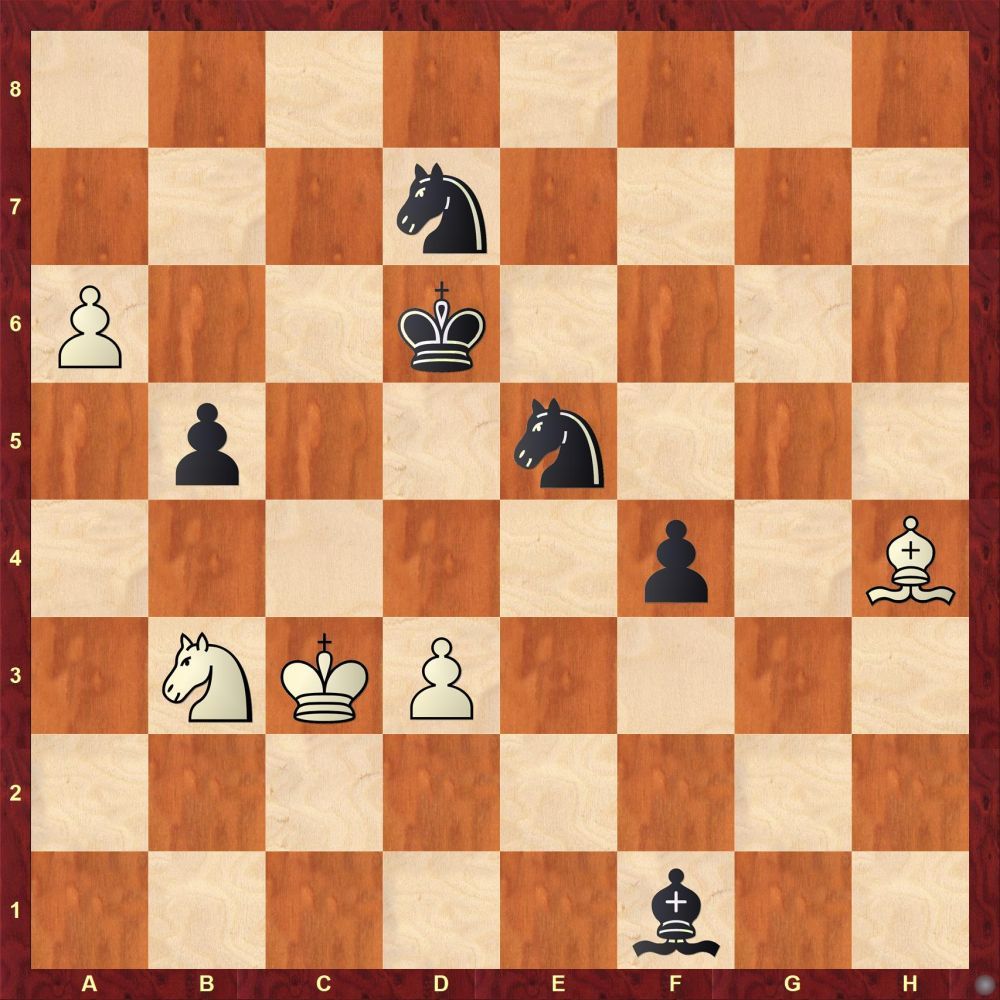 Gunina's final attempt to stir up some trouble with 56.a6 but Black is still completely winning this comfortably. How? 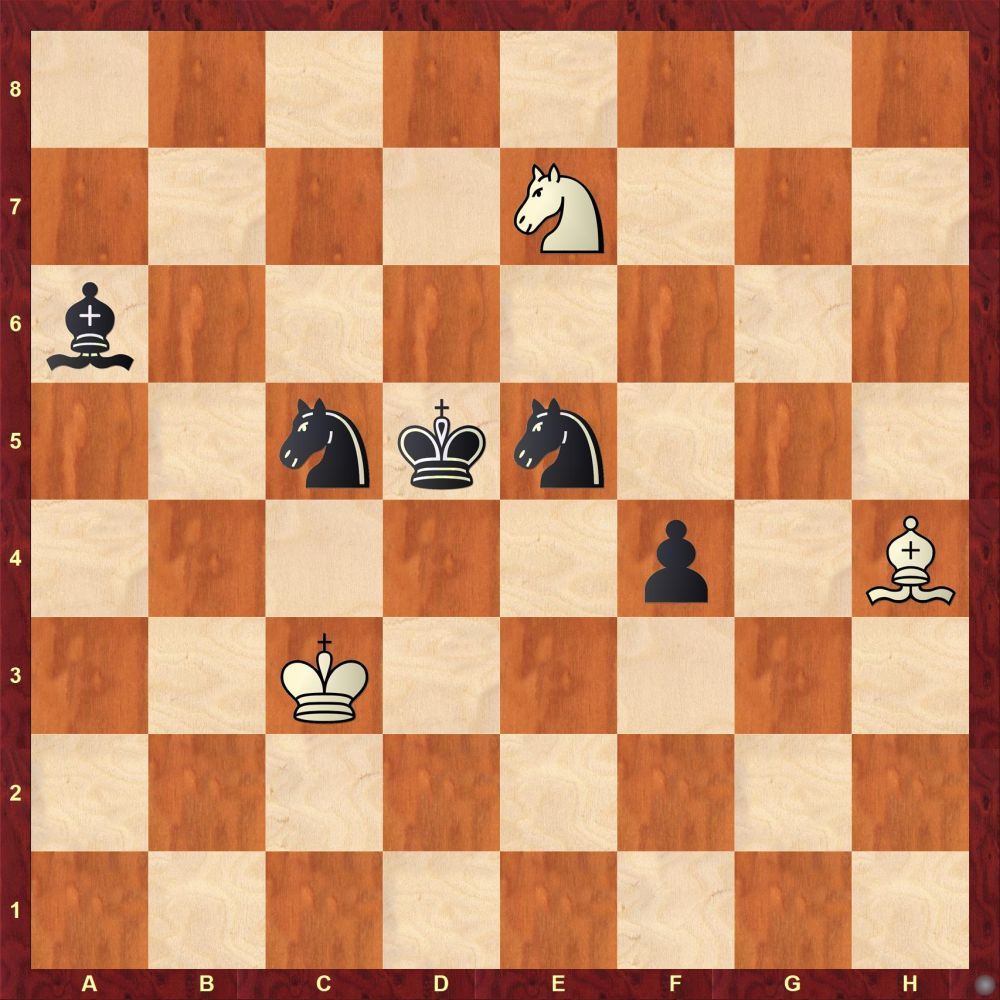 Black has an important decision to make. Which way should the King go? 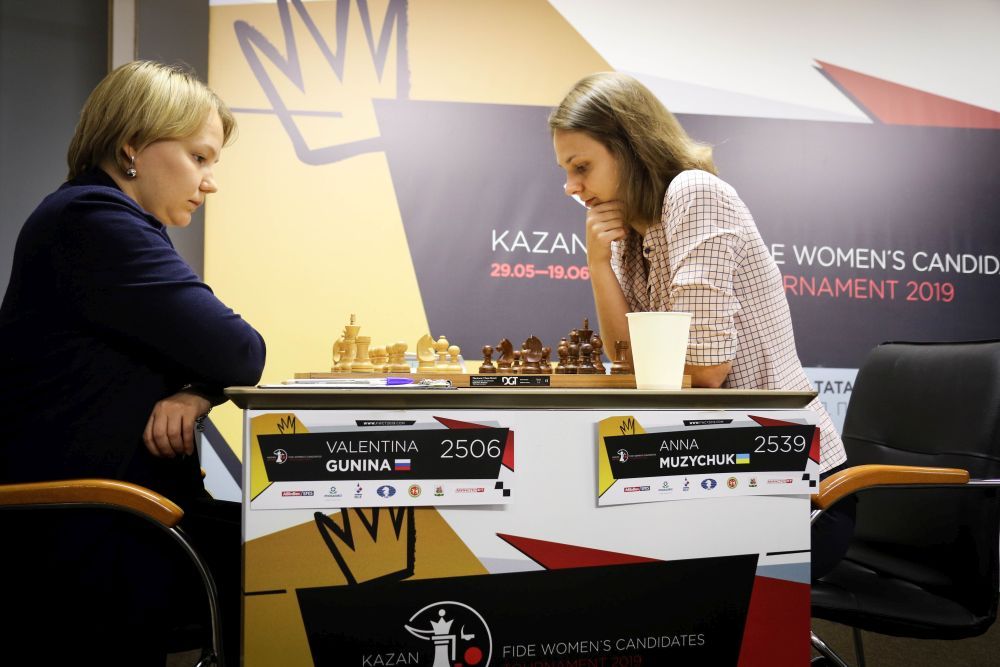 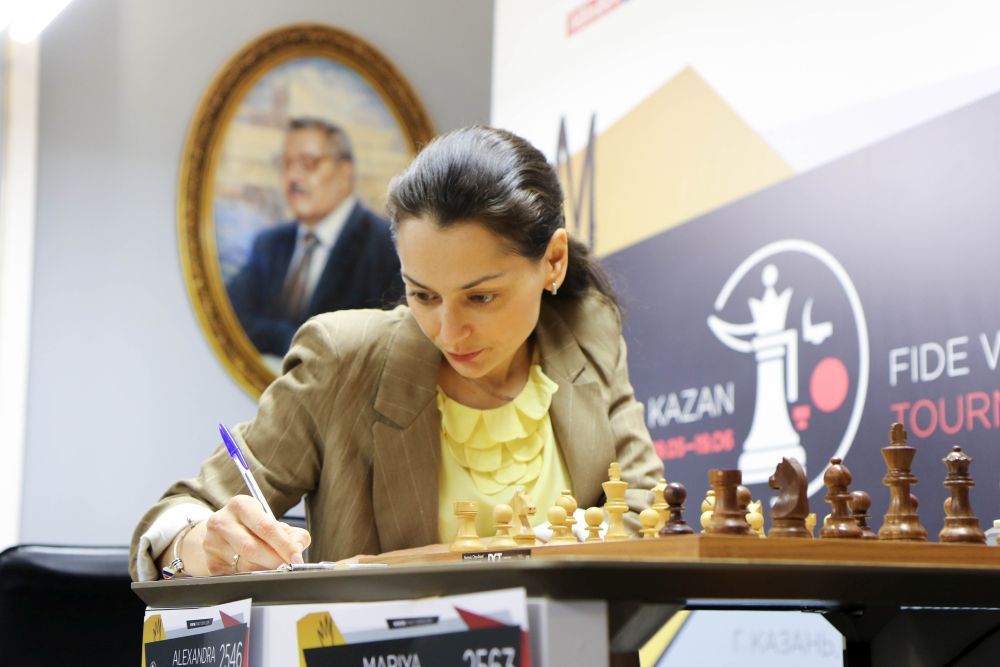 Kosteniuk was prepared to play c3 against Sicilian, Mariya wanted to surprise her with 2...Nf6, but Kosteniuk made sure the game transposed to her preparation. 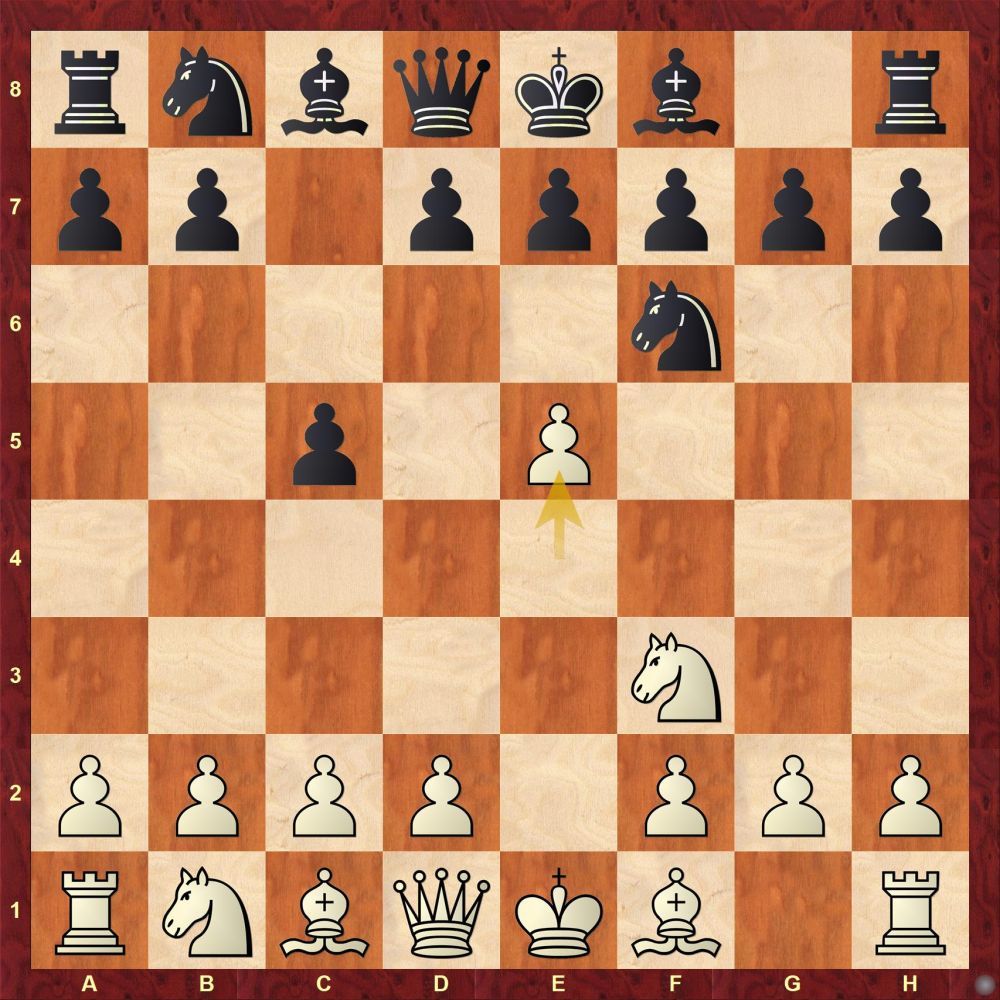 Kosteniuk's played 2.e5 to transpose it to her preparation 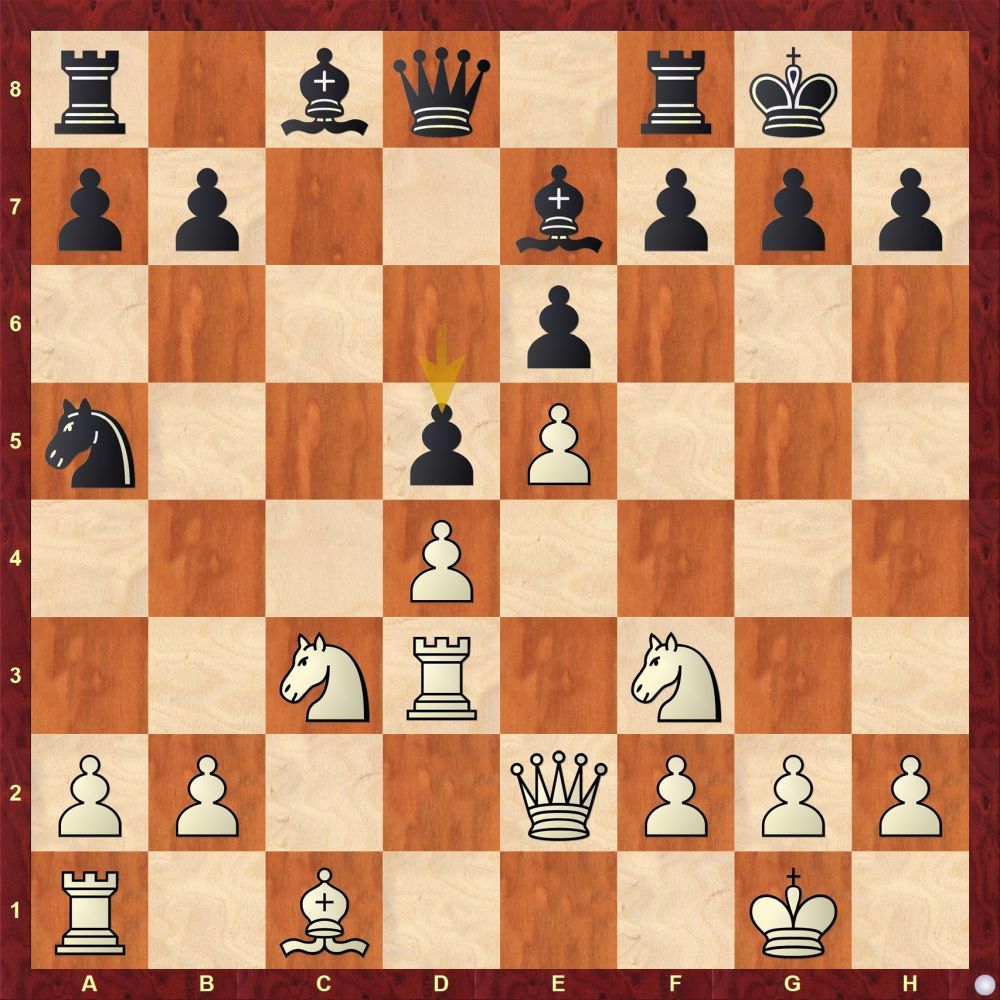 According to Kosteniuk, this only helped her to launch an attack on the Kingside 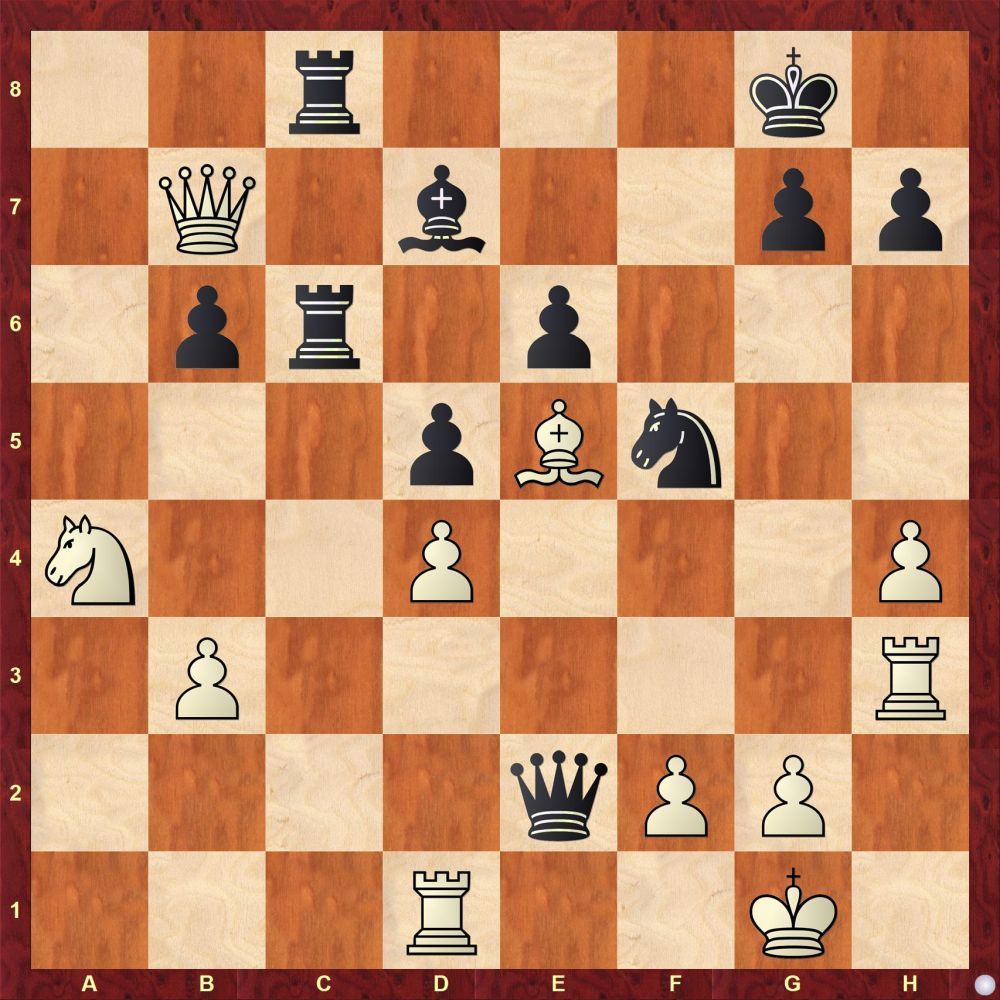 Kosteniuk made a bold decision here. Find out the best continuation for White here after 33...Qe2 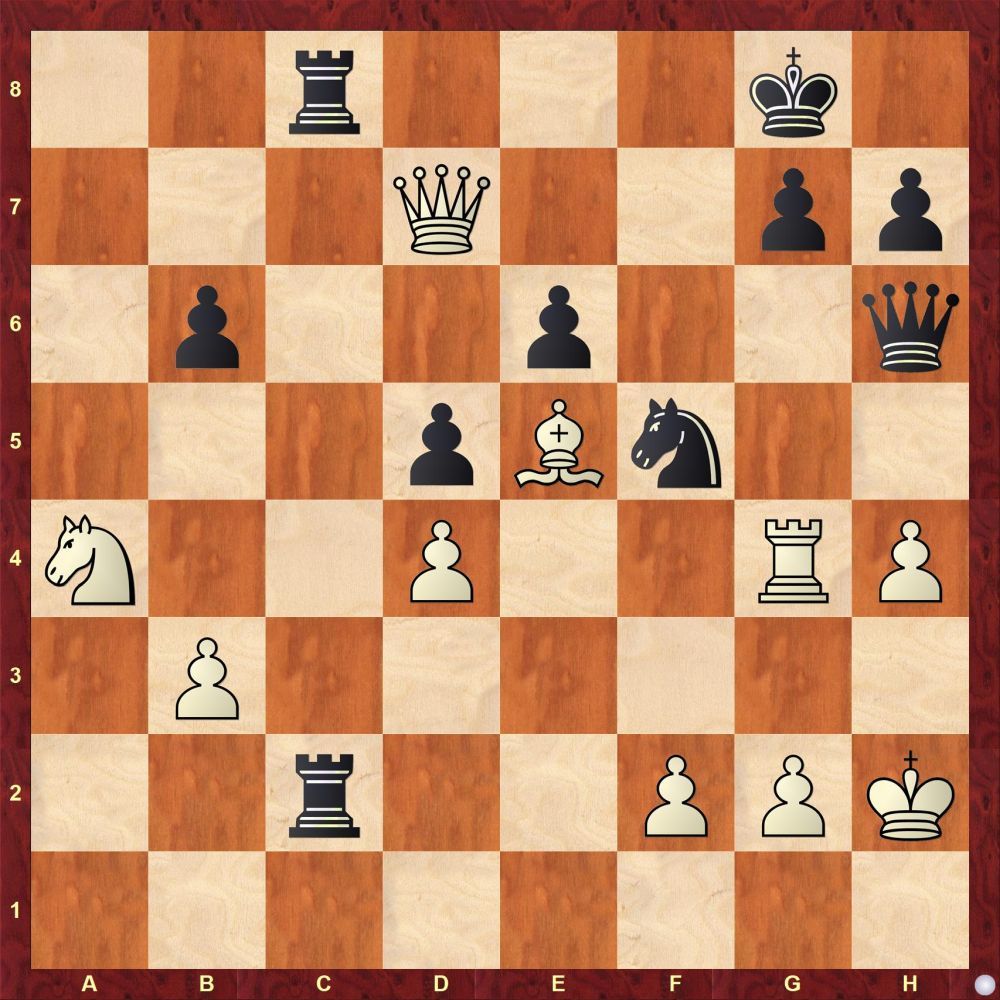 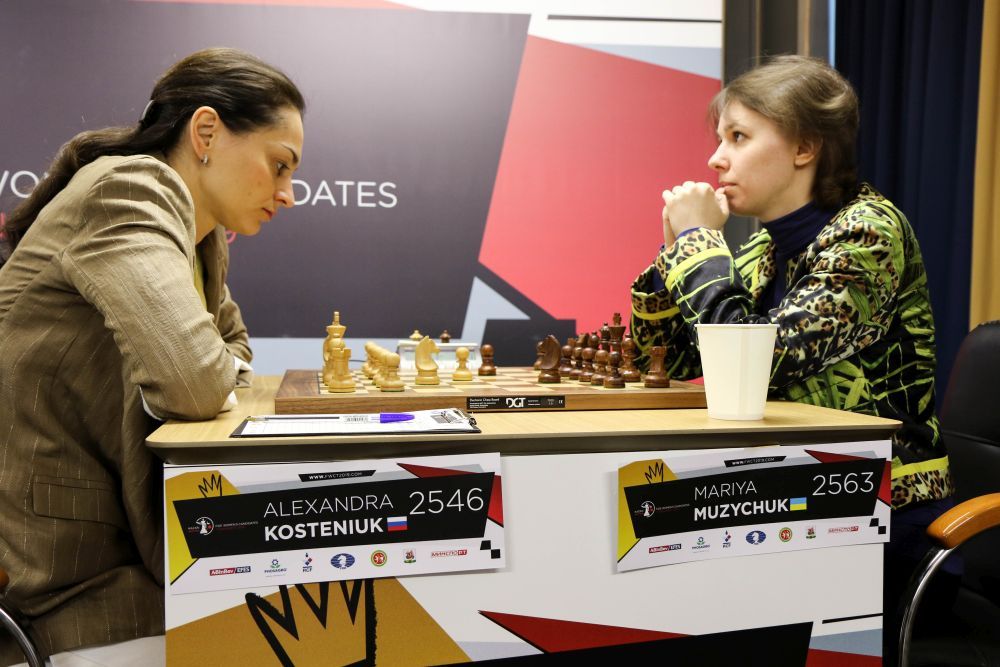 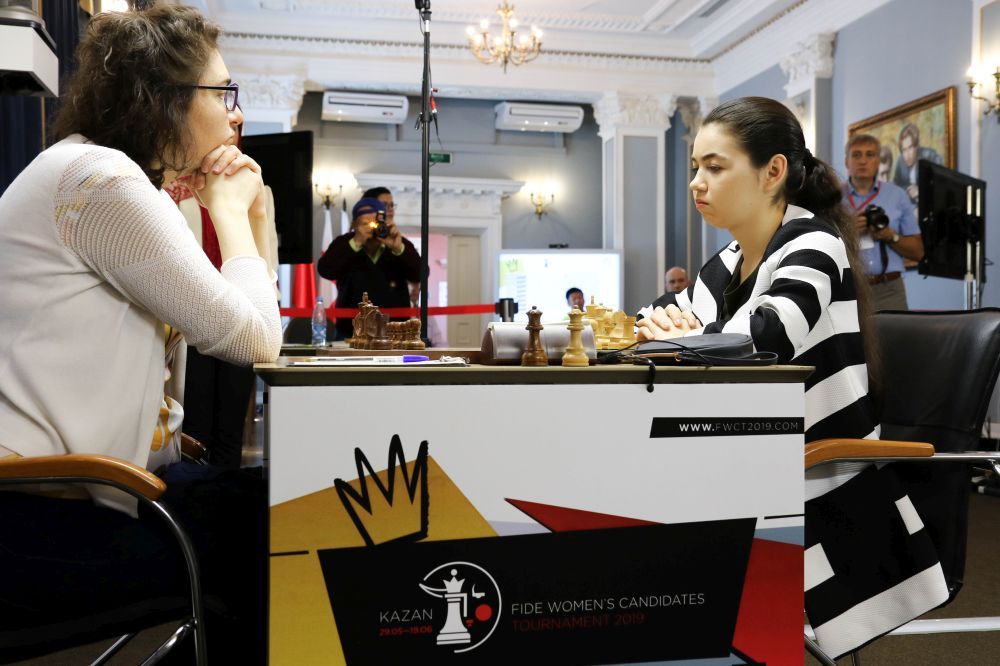 Goryachkina made a quick draw with Nana | Photo: Official site

According to Goryachkina, since she reached her goal, she lacked motivation to play more. 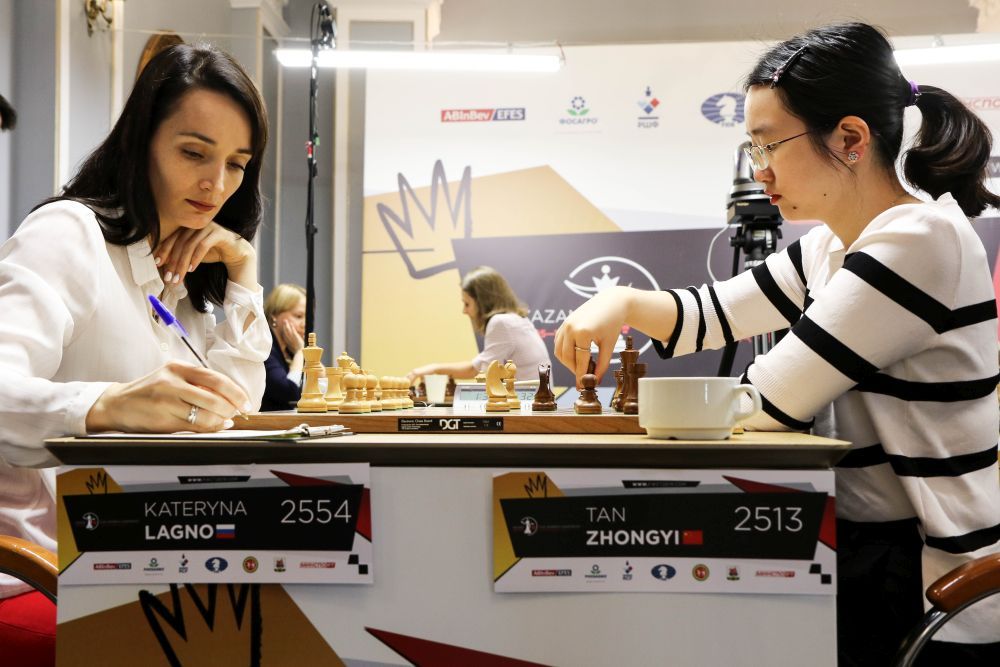 Lagno and Zhongyi's game turned out to be a meek draw arising out of Ruy Lopez Berlin Defence. Zhongyi had some substantial advantage at certain points of the game, but it was never enough to convert it into a full point.