Women's Candidates: Goryachkina scores her fifth win of the tournament

Tournament leader Aleksandra Goryachkina continued her winning streak when she defeated Alexandra Kosteniuk after the latter blundered a piece in an already difficult situation. Nana Dzagnidze self-destructed when she gave away her Queen for Rook and Bishop against Tan Zhongyi. After which it became almost impossible for her to make a comeback in the game. Anna Muzychuk and Mariya Muzychuk made a quick draw. Valentina Gunina and Kateryna Lagno also ended in an uneventful draw. Round 8 was the second match with the same opponents as round 1 with a reversed color. Photo: Eteri Kublashvili 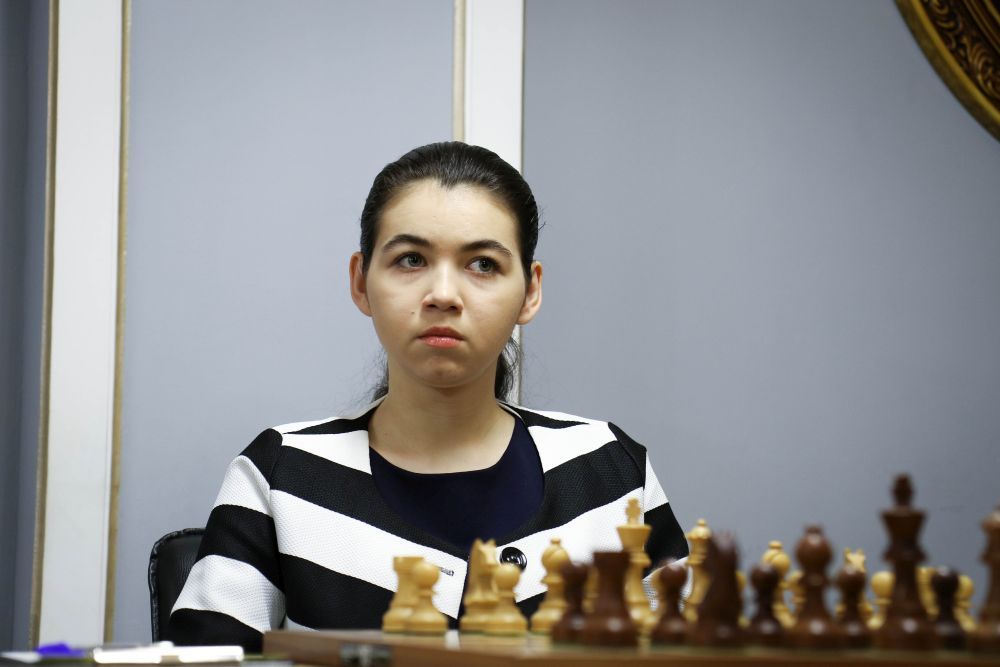 In QGD Ragozin Defence, Kosteniuk had no difficulty equalizing with the black pieces. However, in the middle game Goryachkina shuffled her pieces and placed them better and gained more space. 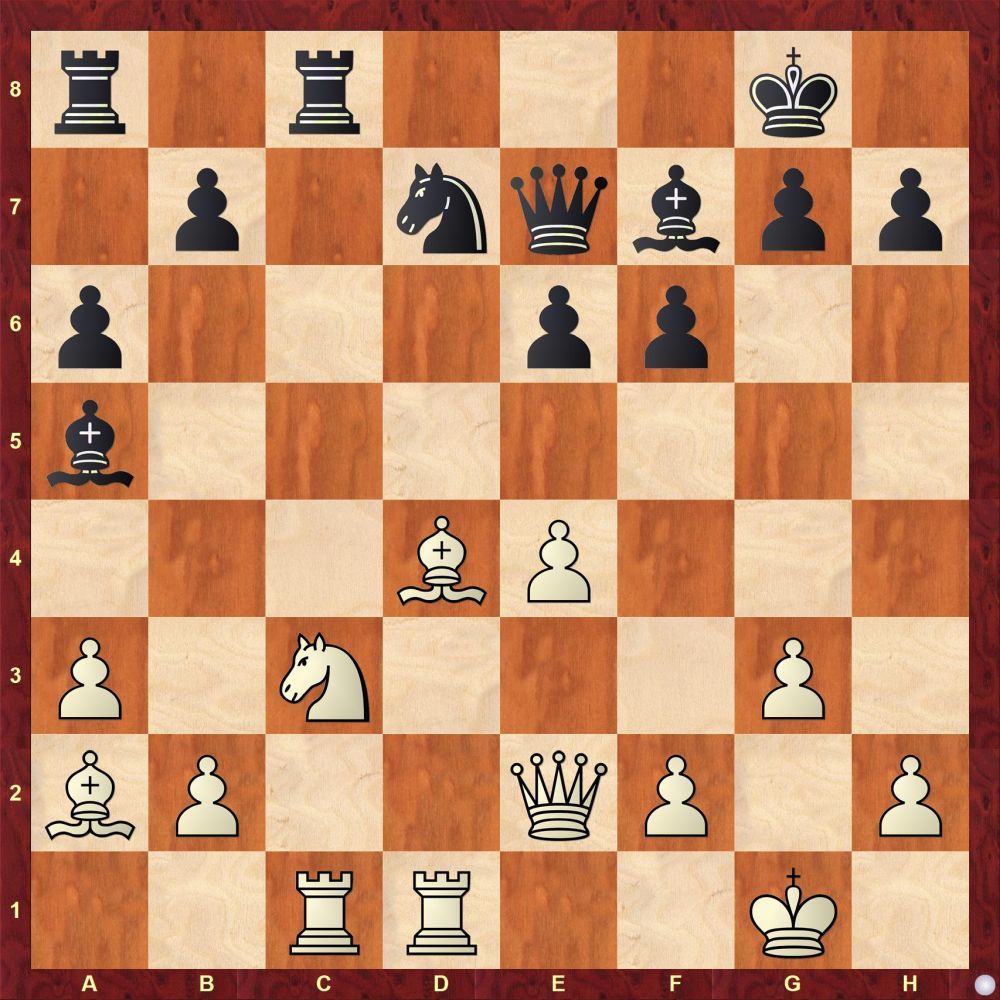 White is in total control of the position. Find out the best continuation for White here. 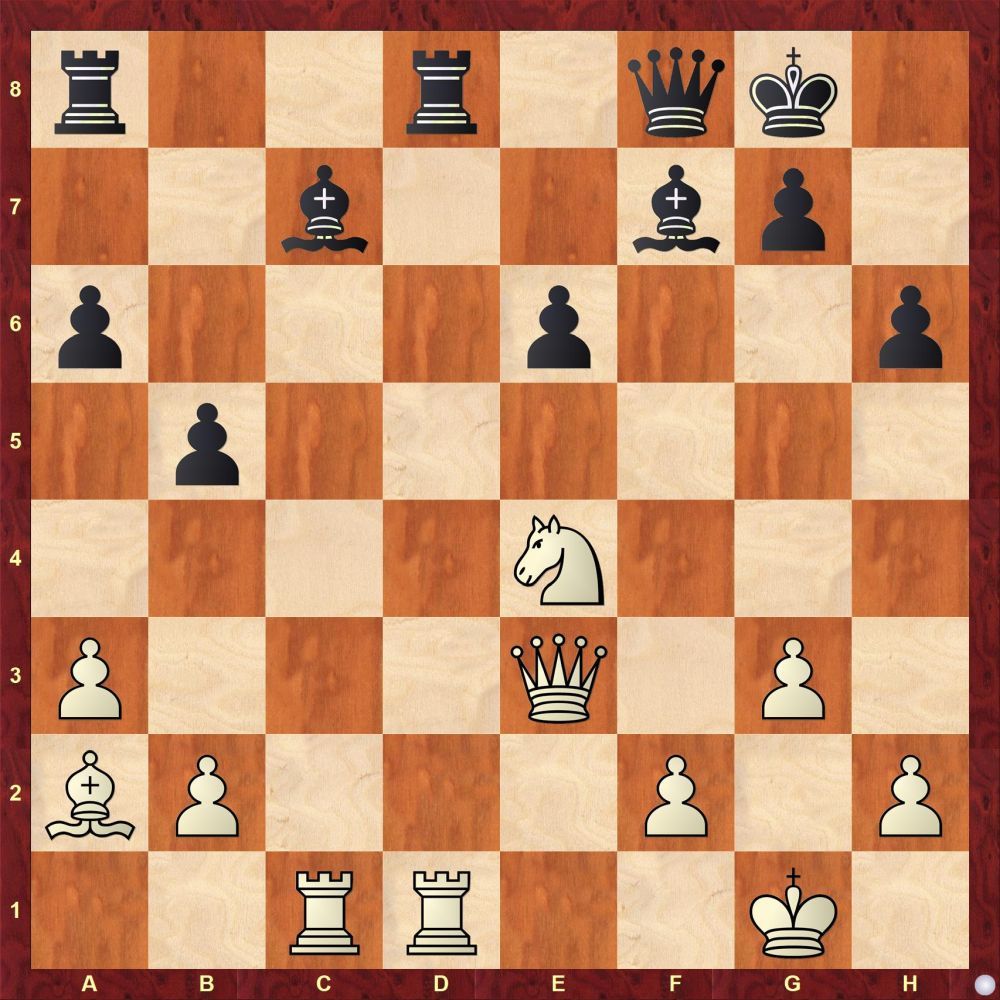 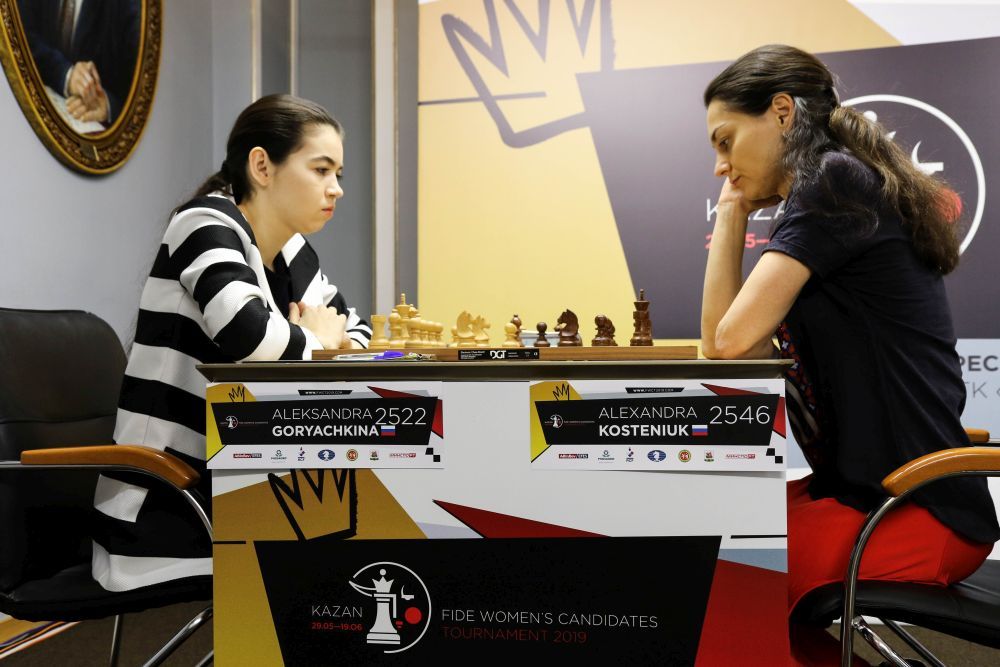 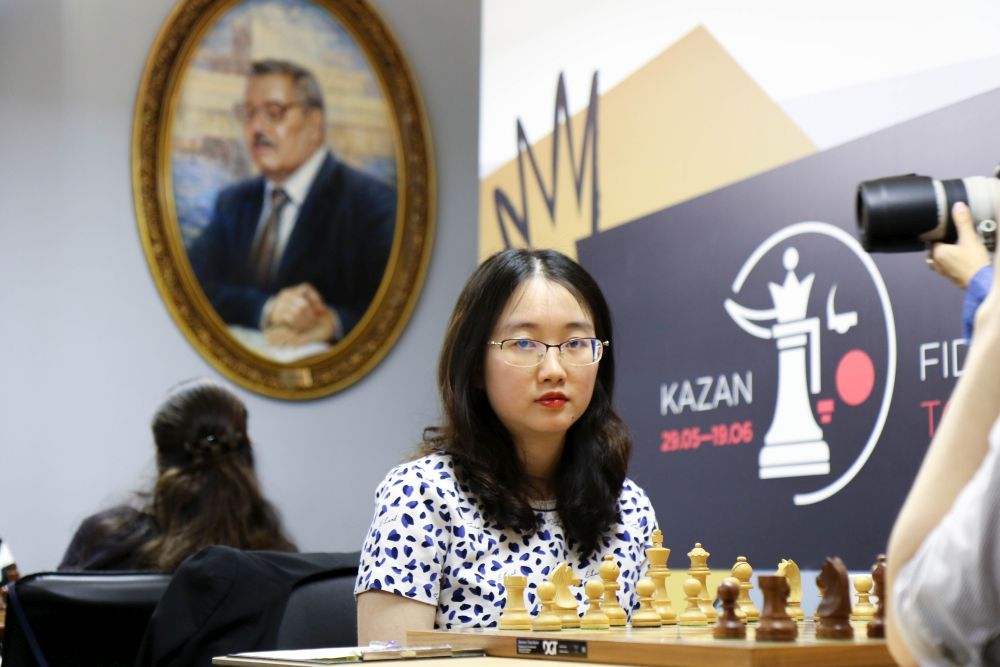 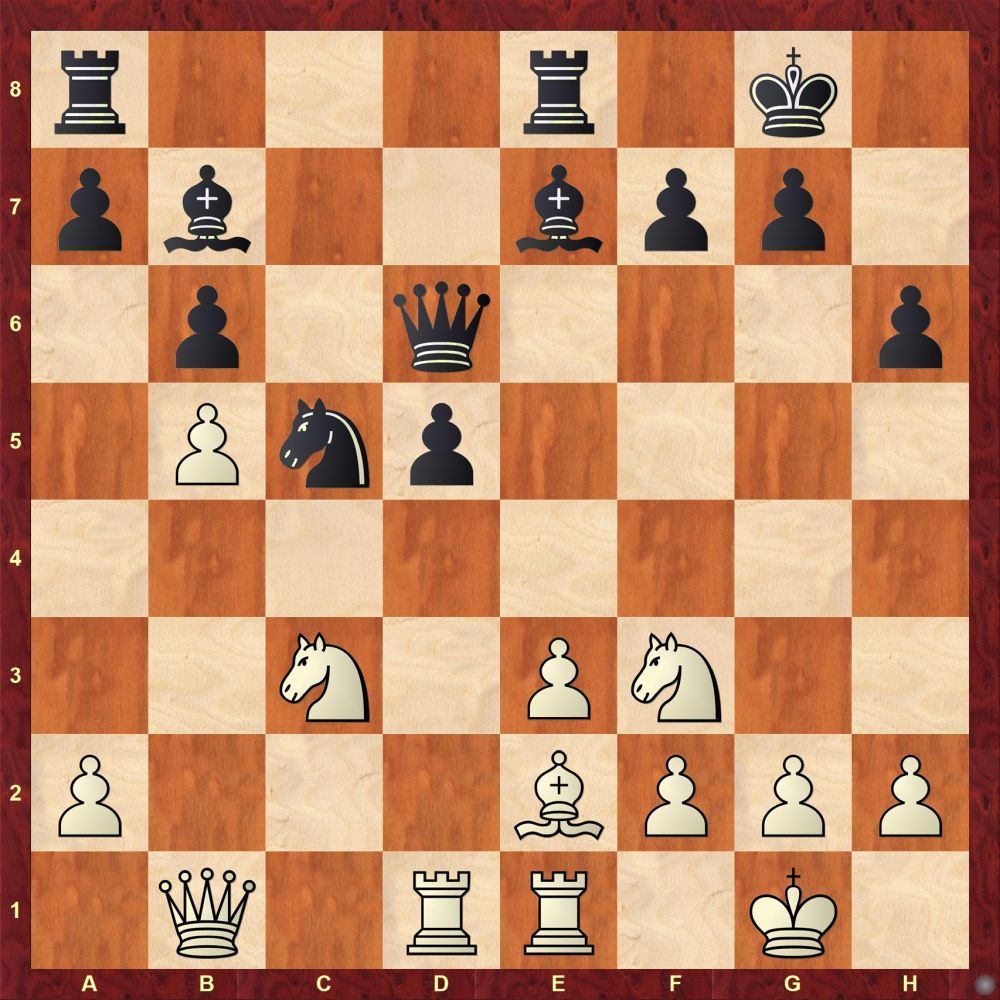 According to Nana, her first mistake was playing 18...Bf8 here. What do you think she should have played here instead? 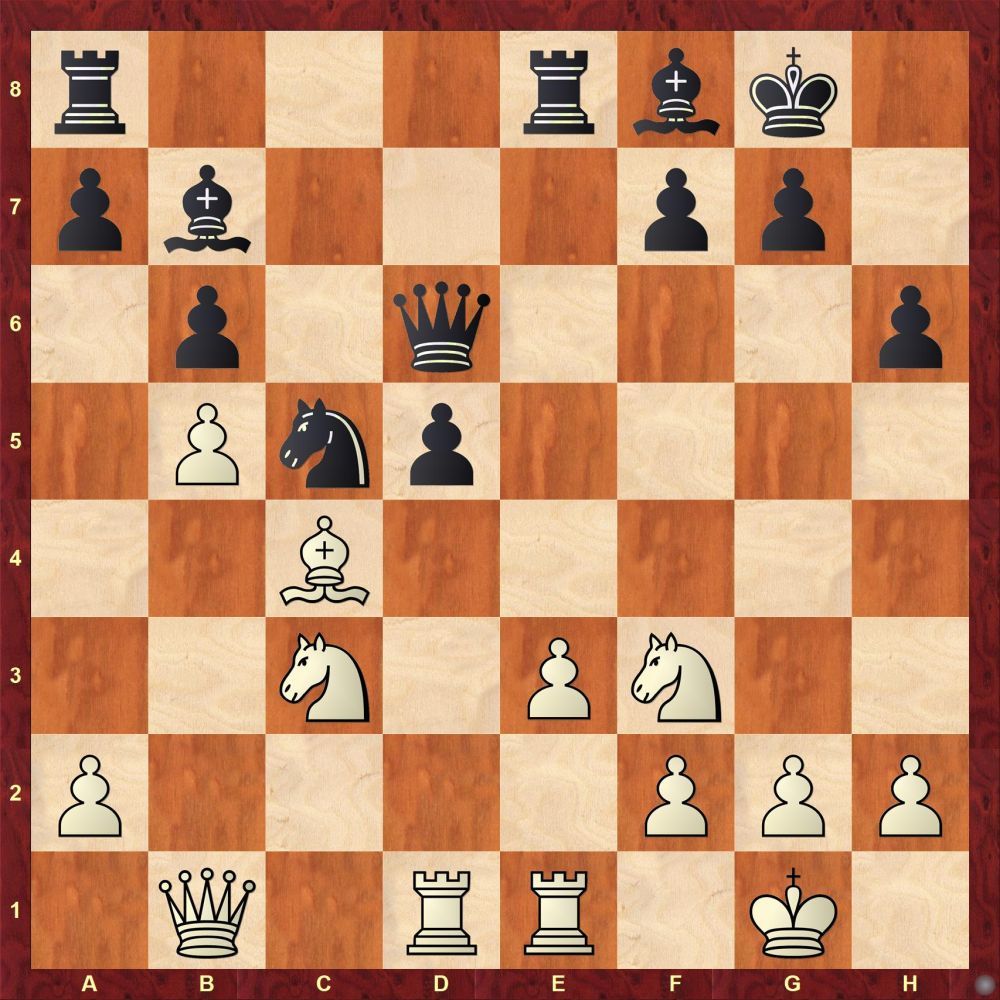 Black played 19...dxc4 here which Nana believed to be working 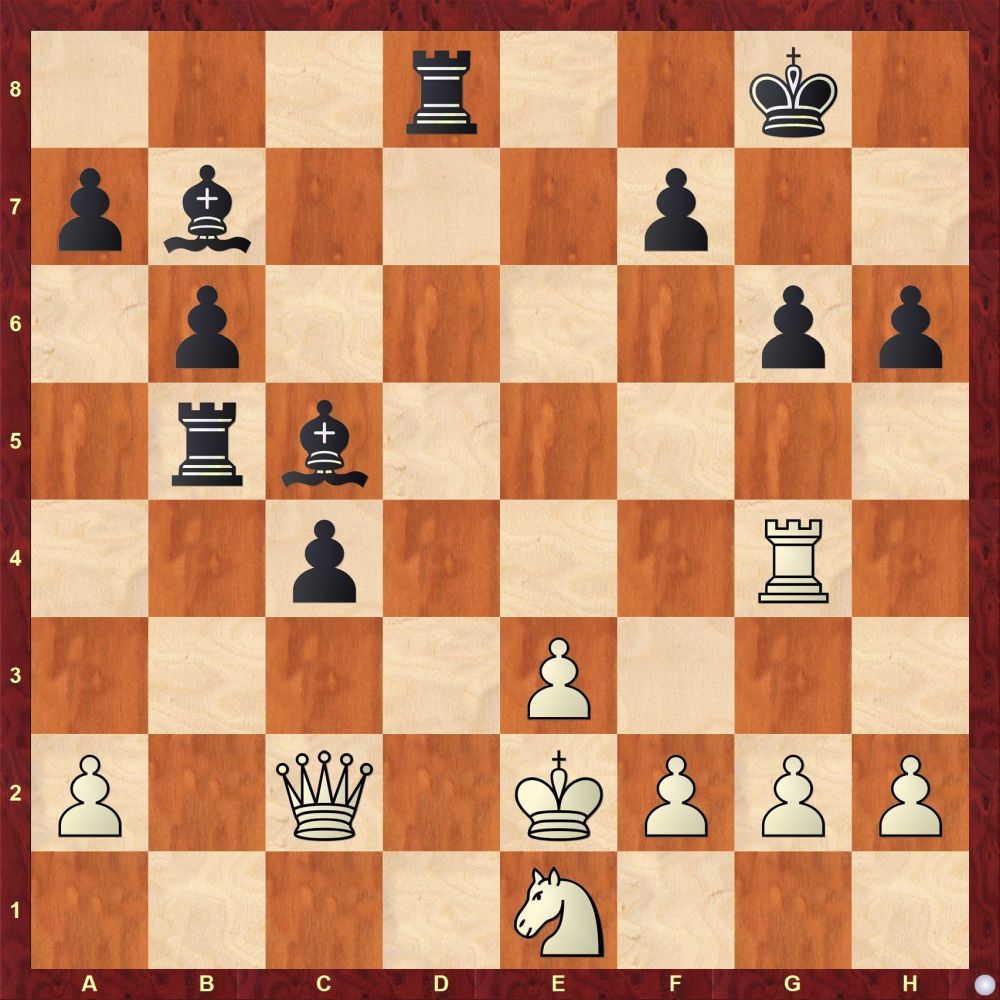 In a post match interview, Nana admits that she missed her opponent's move when she played 29...Rxb5. What did she miss? 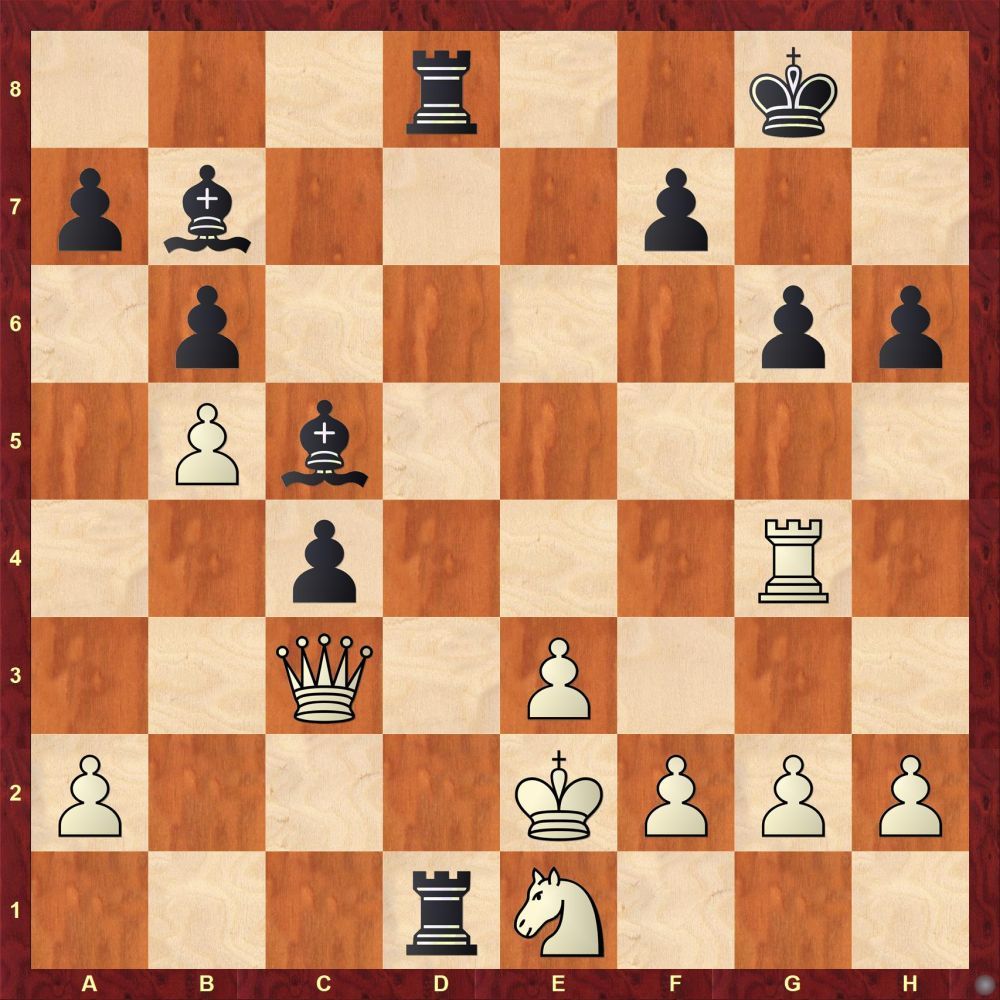 Nana played 28...Rb1 here. However she feels she should have played a5 here. Do you agree? 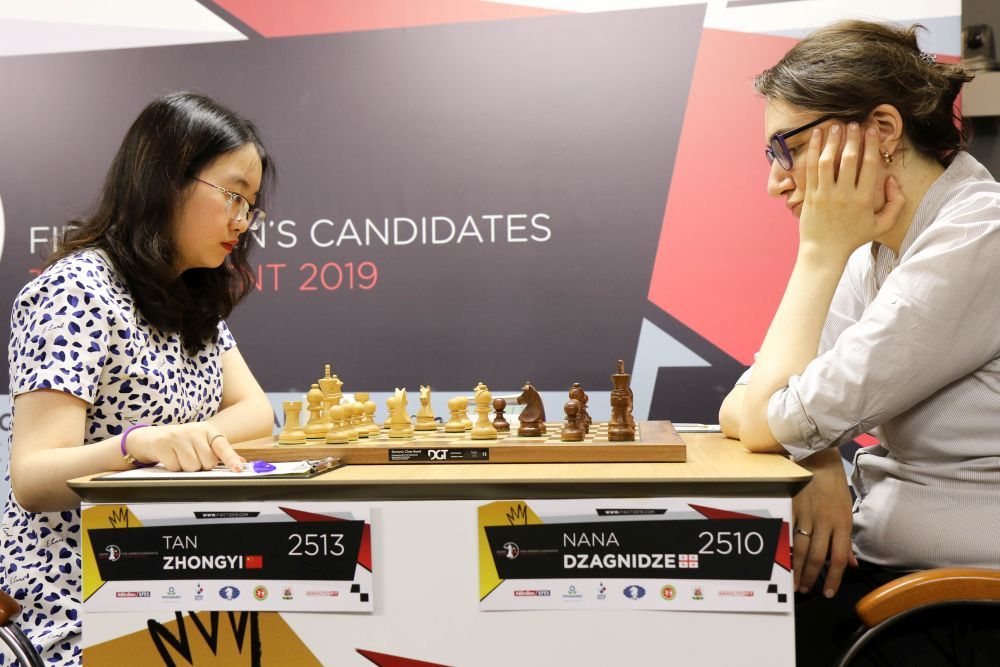 Some unforced errors by Nana cost her the game. Tan Zhongyi scored 1.5 against Nana Dzagnidze in the tournament | Photo: Eteri Kublashvili
"I guess it's not my day today" - Nana Dzagnidze | Video: FIDE Chess 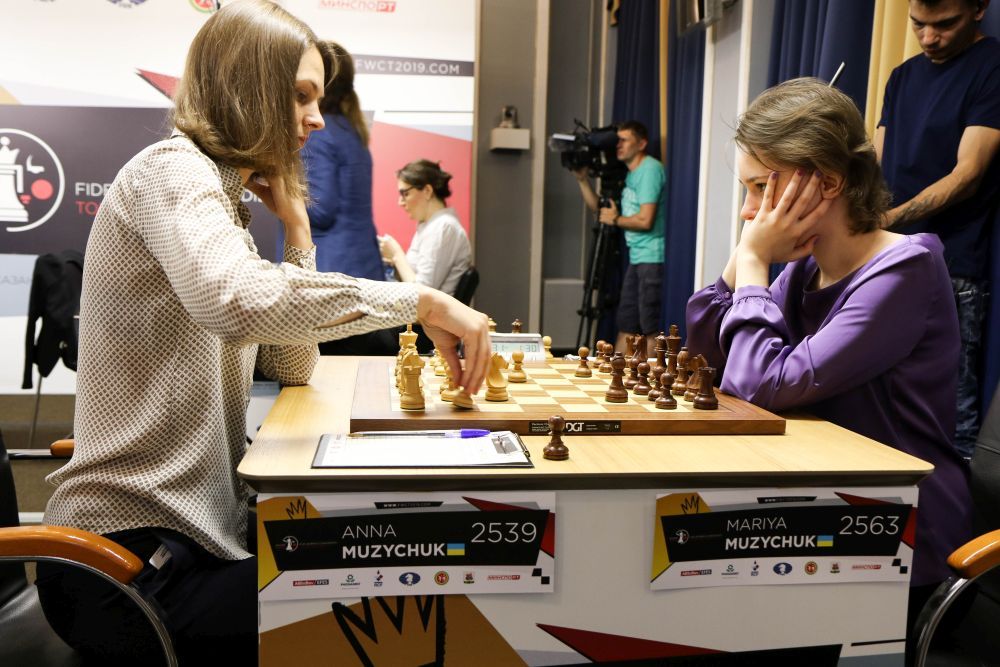 Anna-Mariya game ended up in a draw. Their score against each other is 1-1 in this Candidates | Photo: Eteri Kublashvili
Anna and Mariya Muzychuk talk about how they prepare, whether they follow each other's games and more | Video: FIDE Chess 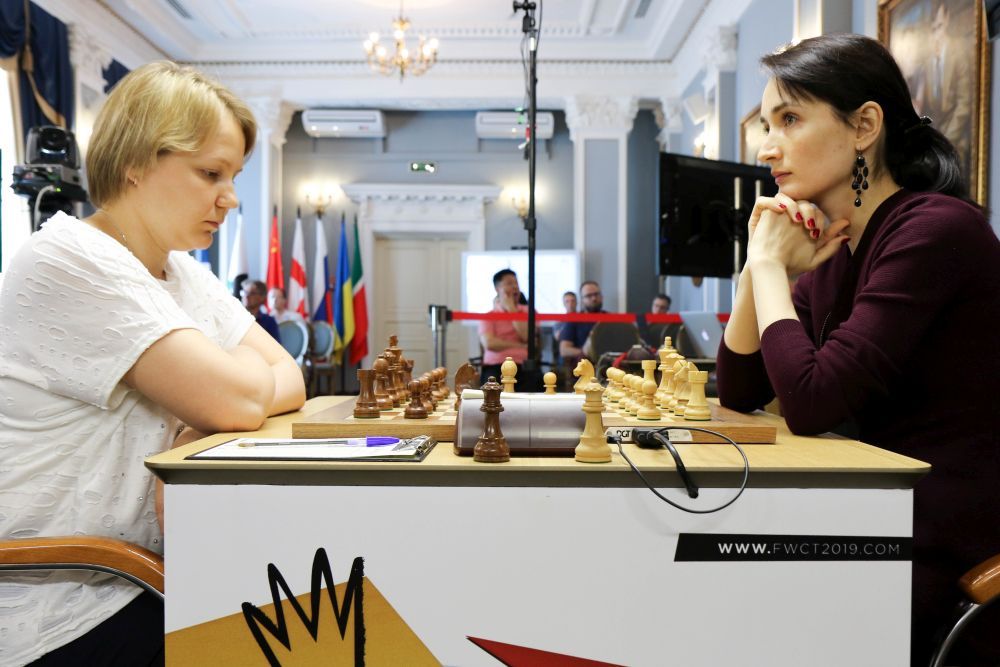