Goryachkina and Dzagnidze score their first win in Women's Candidates

Goryachkina has made the most of her opportunity when she defeated the former Women's World Blitz Champion Valentina Gunina. The youngest player of the tournament, showcased perfect handling of the endgame and did not make any mistake by converting it into a full point. The other win of the day was scored by Georgia's no.1 Nana Dzagnidze over Ukraine's no.2 Anna Muzychuk. Lagno had subtle chances against Kosteniuk before she traded Queens and settled for a draw. While Zhongyi was ambitious in her play in the middlegame, Mariya made sure she never in danger. IM and WGM Padmini Rout annotates Anna-Nana's game. Photo: Eteri Kublashvili 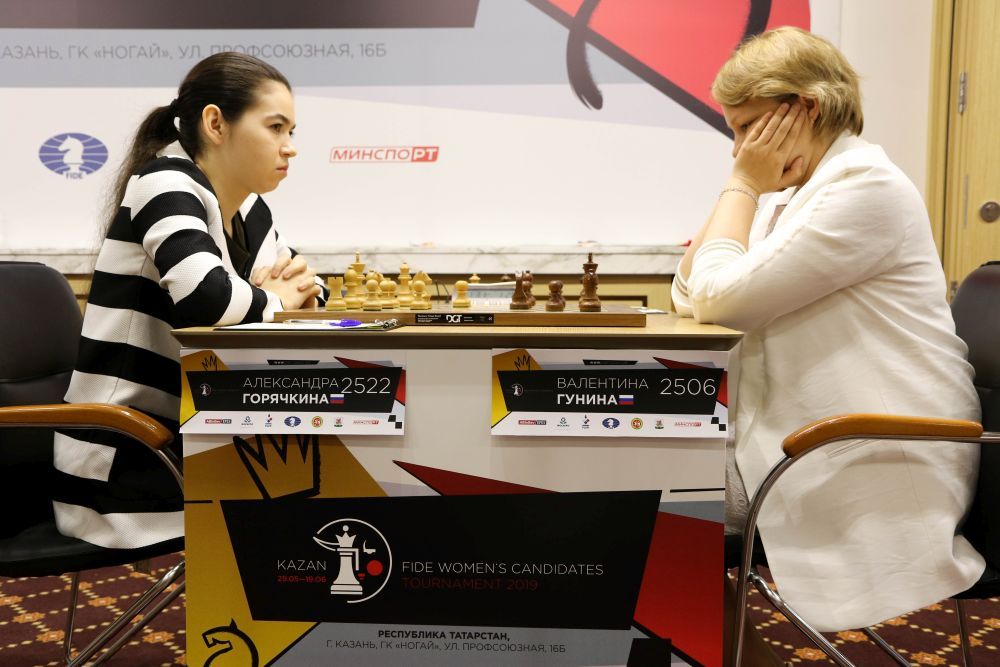 Goryachkina with the white pieces against Gunina made the most out of her opportunity as she made the choice to opt for pawn sacrifice line. Gunina took it but eventually she managed to untangle her pieces and equalize the position. 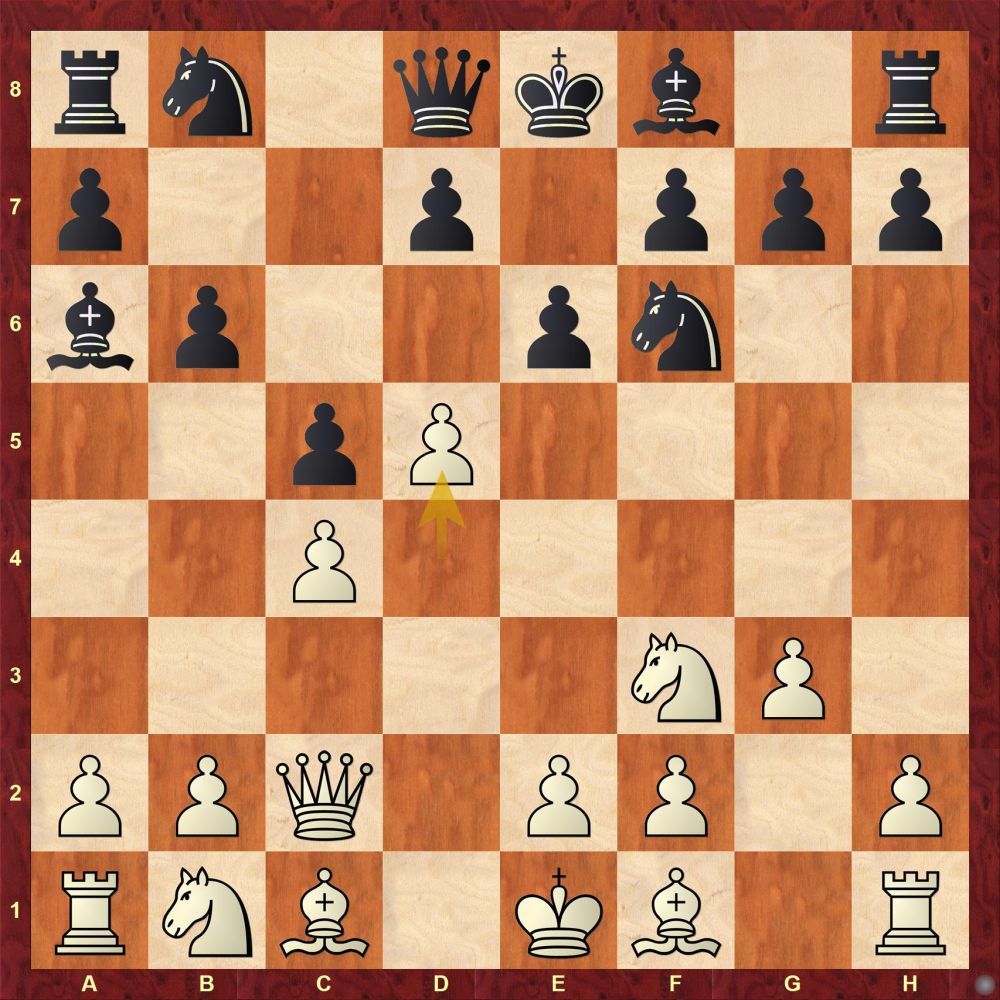 Goryachkina made the right call and made an unpopular decision which eventually helped things go her way. 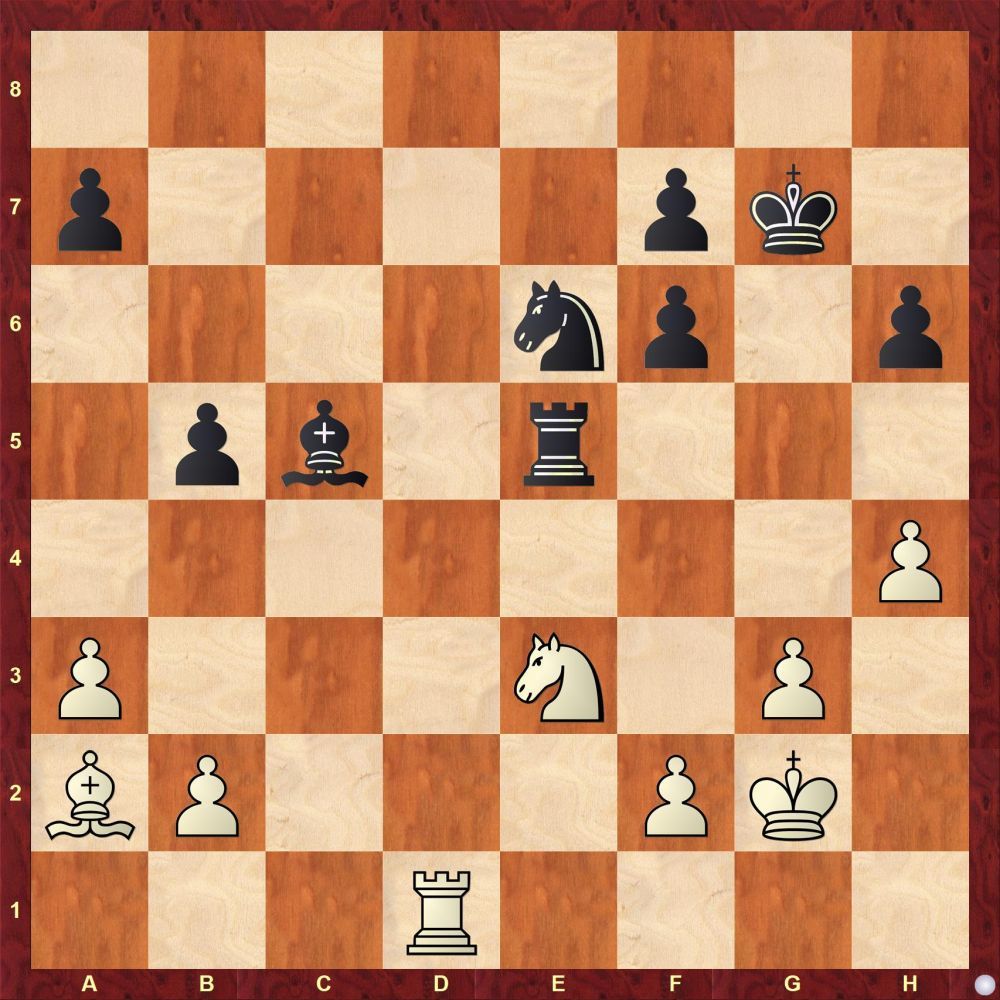 It is certainly not an easy decision to make, but what would you do here with White pieces?

Gunina had the last opportunity to equalize things but she misplayed. 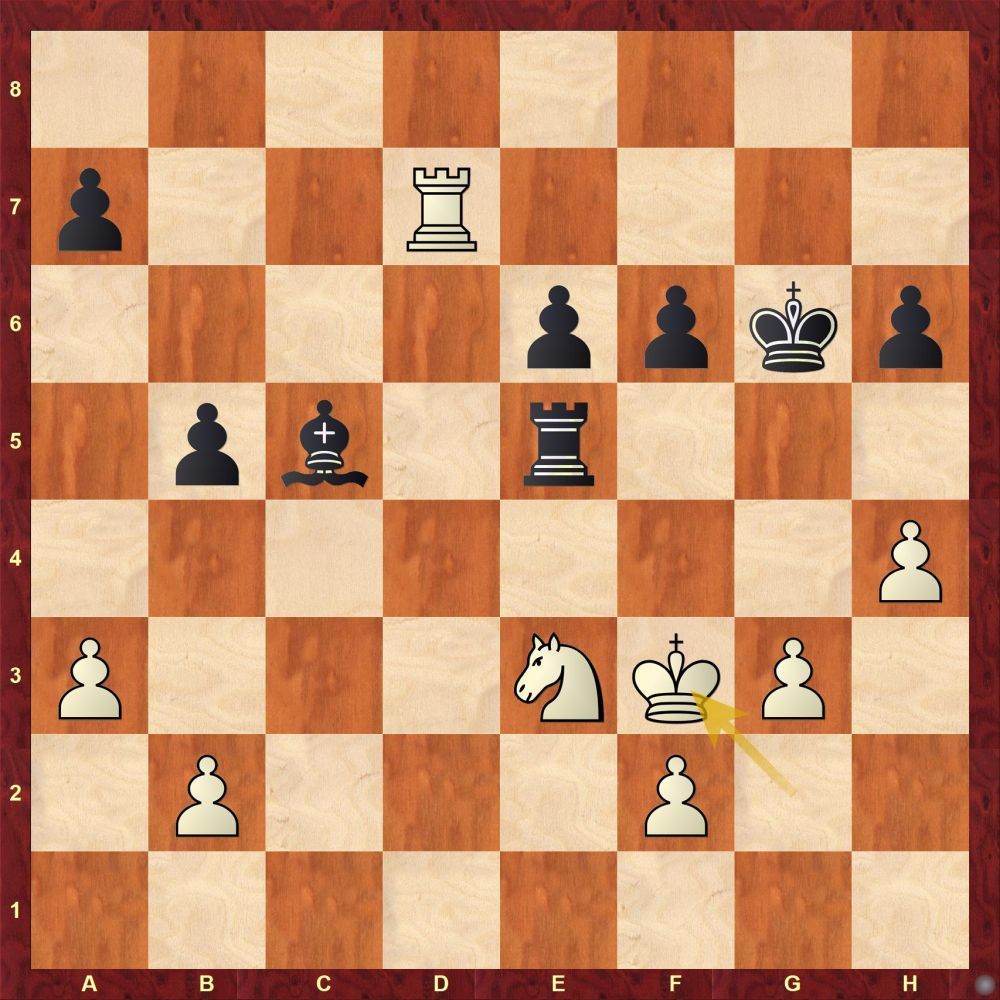 In the game played Black played h5 after White's 35. Kf3. In retrospect, Black should not have done that. How Black could have impacted the game differently?

Goryachkina finally executed her plan and increased her advantage. 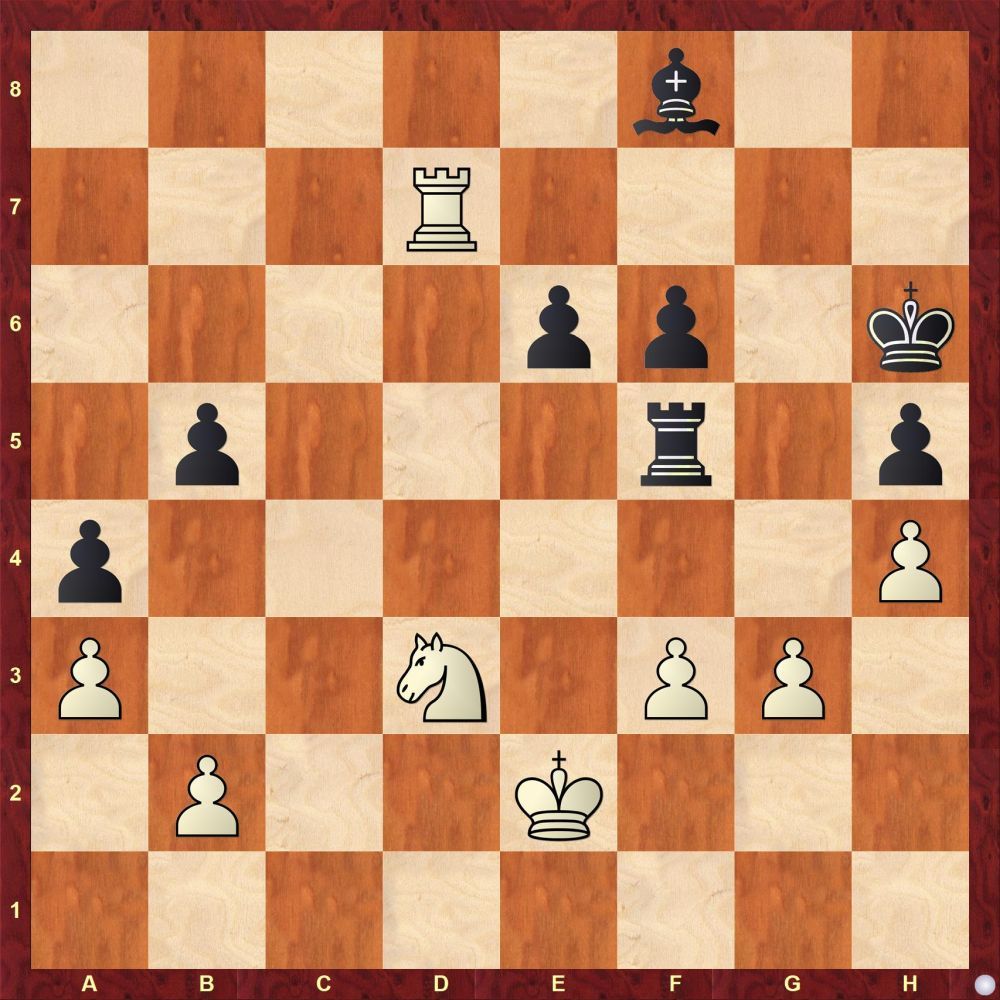 White executed the right plan after misplaying for a couple of moves. What is the correct plan for White here? 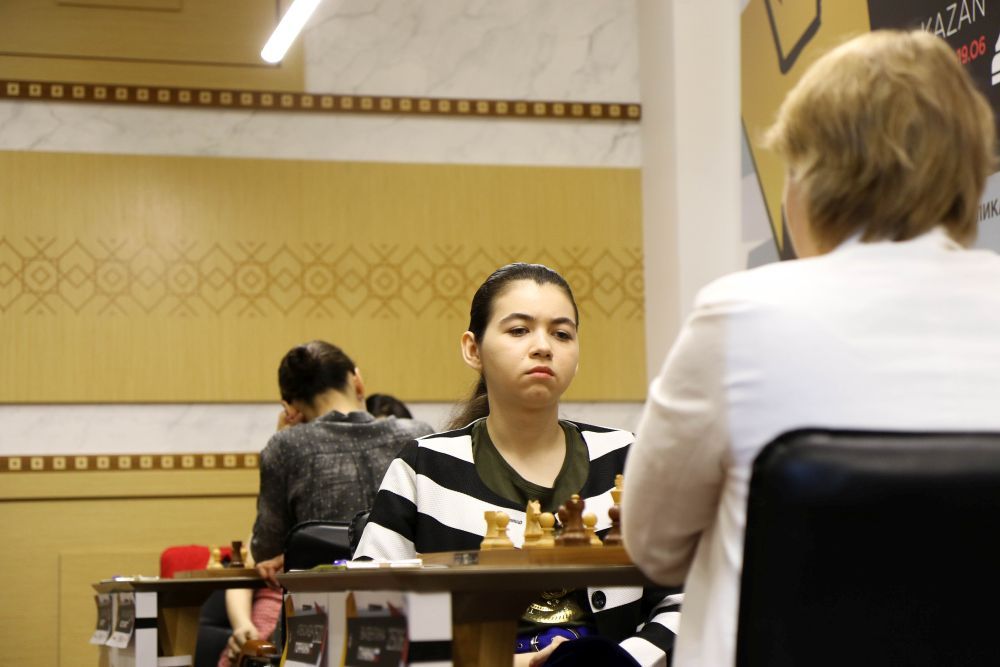 Dzagnidze was the only other one to score a victory in round 2. We have a special annotator today in the form of IM and WGM Padmini Rout, the reigning Asian Continental Women's Champion who will share her thoughts about the game. 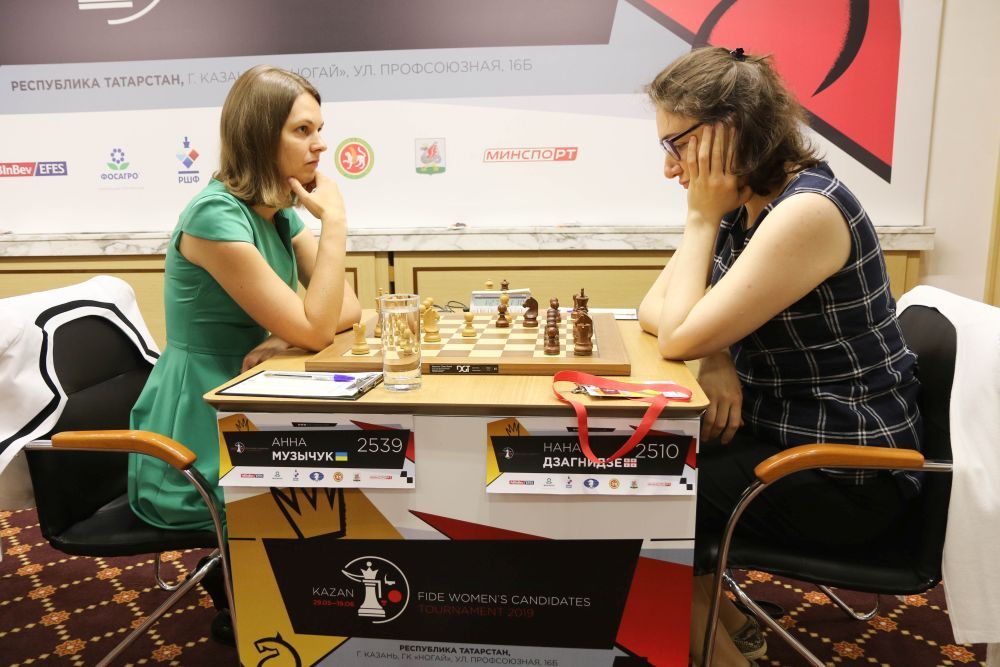 Anna would definitely want to put this game behind her against Dzagnidze | Photo: Eteri Kublashvili 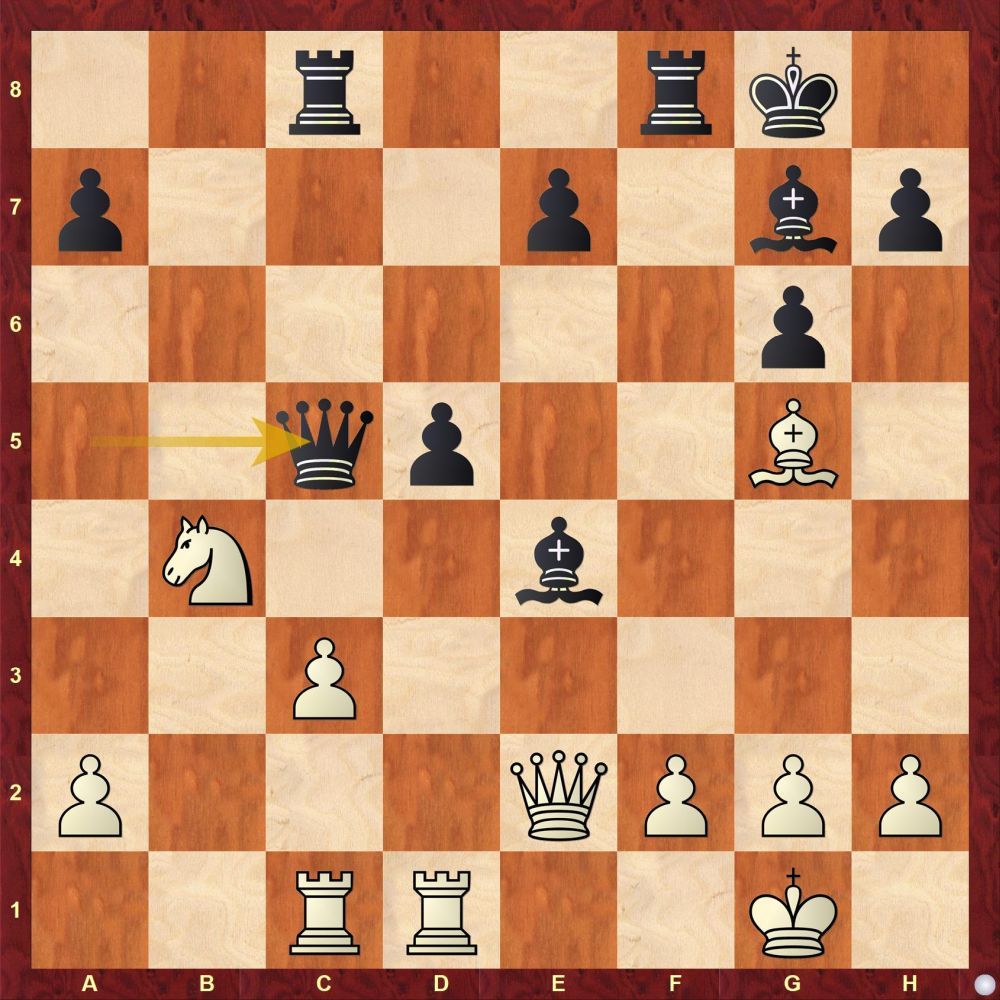 Anna played 21.Be3 and fell into a cute tactic. Find out why it is not a good move and what she could have played instead
Anna Muzychuk talks about which line she did not prepare much against | Video: FIDE Chess

Padmini Rout analyzes Anna vs. Nana from round 2 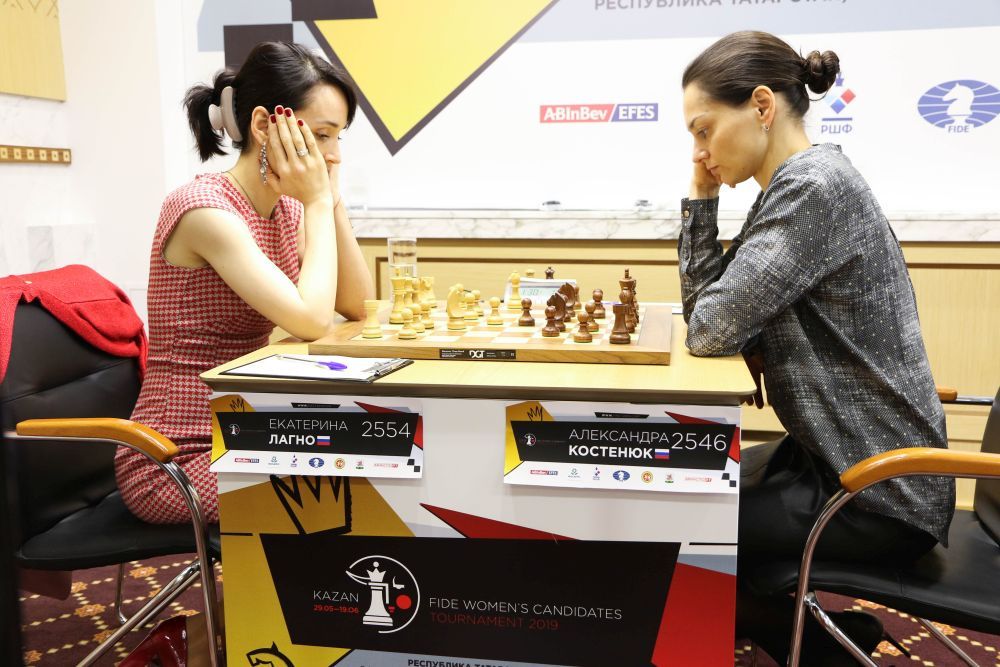 It's Russia vs. Russia: Lagno-Kosteniuk was the battle of equals, well until the last moment | Photo: Eteri Kublashvili

In the end, White exchanged Queens and the position became equal and both players agreed for a draw. However, White could have taken some chances here with the possibility of a double-edged position. Maybe the reason why Lagno did not wish to take any chances considering the fact that her opponent was the Chess Queen Alexandra Kosteniuk. 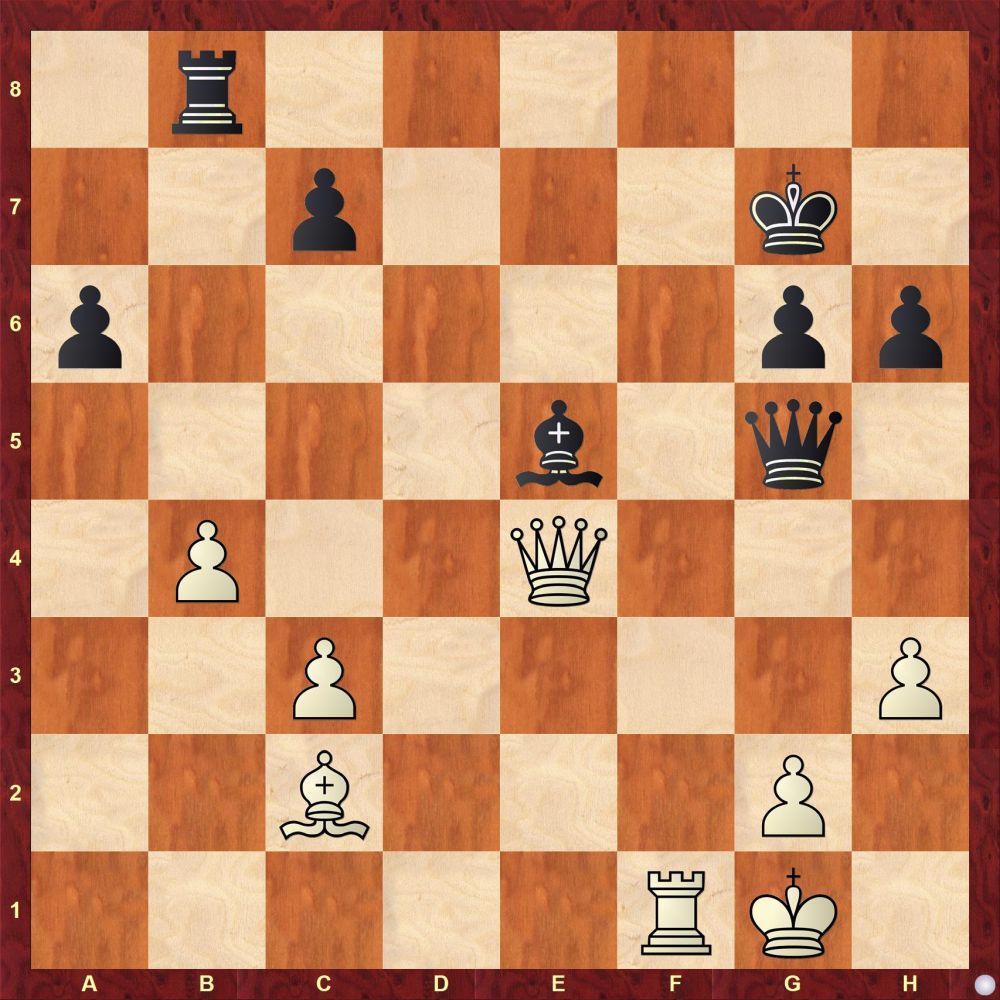 In the game White played 28.Qf3 but what could have White tried here?
Kateryna Lagno talks about what she was not prepared against and more | Video: FIDE Chess
"I misplayed somewhere after the opening" - Alexandra Kosteniuk | Video: FIDE Chess 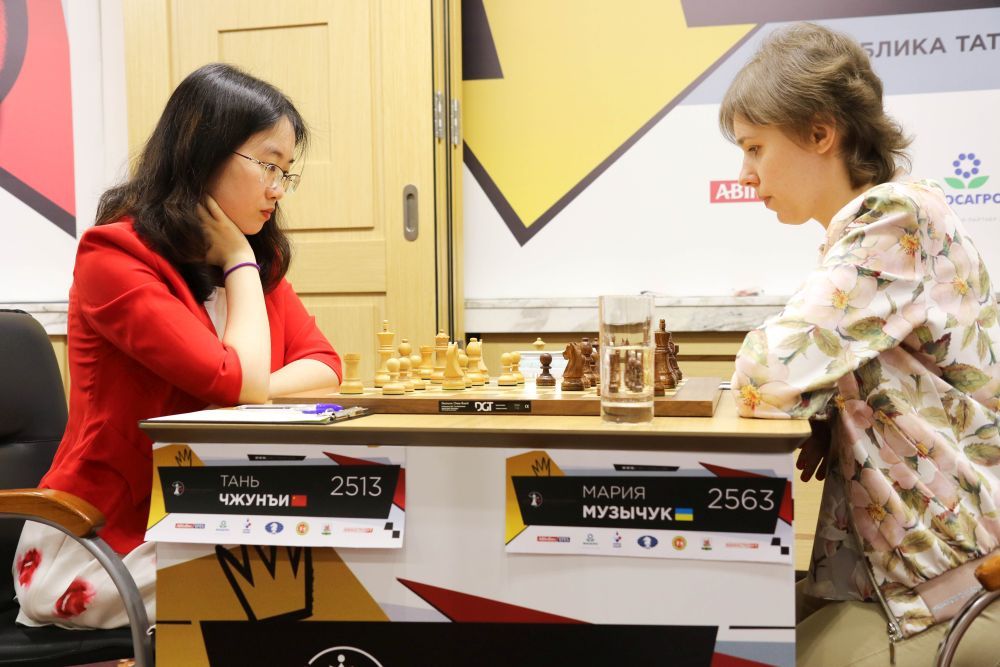 Battle of the World Champions: Tan ambitiously tried to launch an attack but Mariya thwarted them all | Photo: Eteri Kublashvili 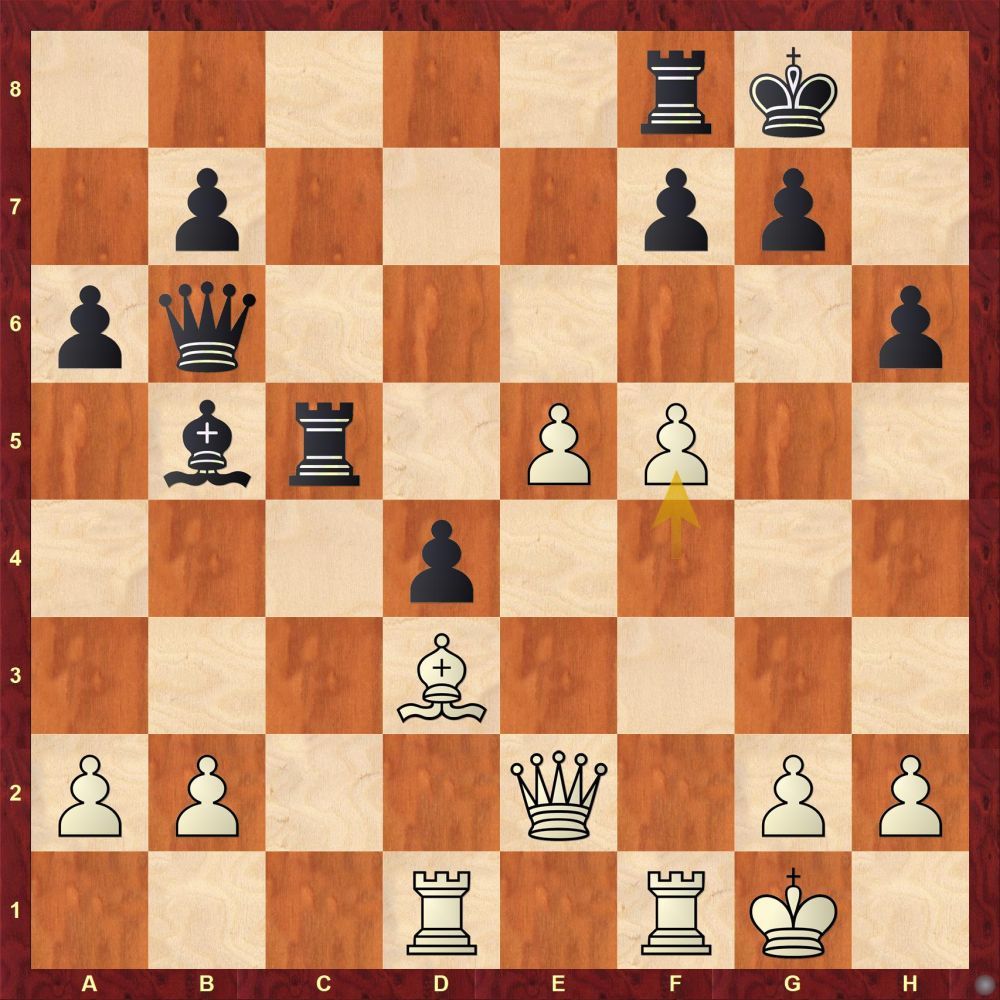 Tan posed a threat of f6 with 23.f5. Find out how should Black react here.
Mariya Muzychuk shares her thoughts about the game | Video: FIDE Chess 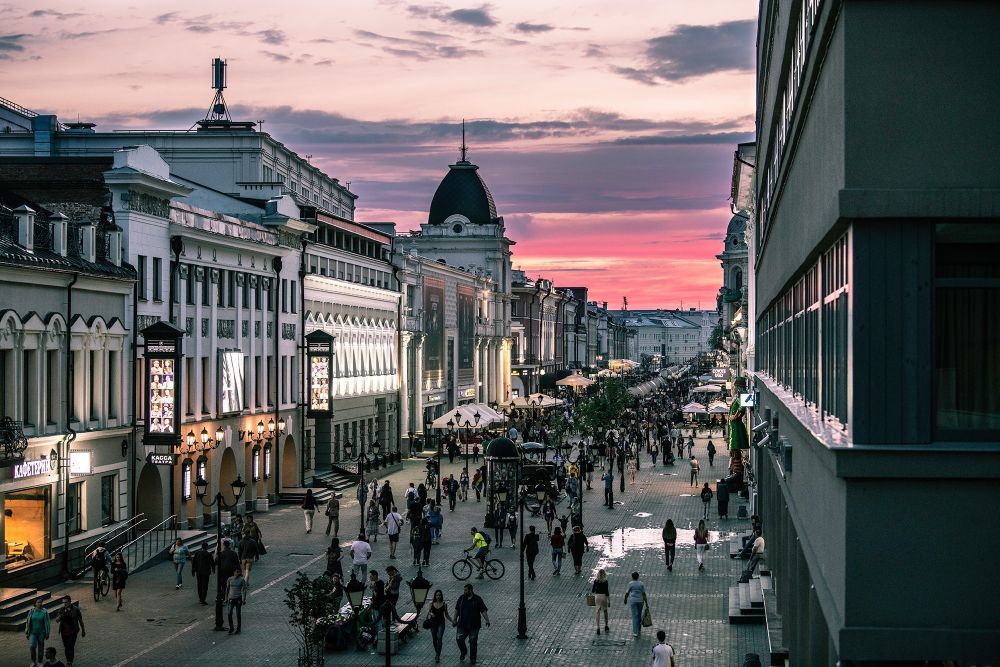 We thank Padmini Rout for sharing her thoughts by sending us an annotated game. She will be annotating a game each round in Women's Candidates 2019 | Photo: Shahid Ahmed