One half of the FIDE Women's Candidates participants will battle in Monaco. The tournament to determine the Challenger for Ju Wenjun and play for the Women's World Championship will be held in two phases. Pool A comprises Anna Muzychuk, Koneru Humpy, Lei Tingjie and Mariya Muzychuk. Anna will face Humpy and Tingjie will battle against Mariya in two Quarterfinal matches in a best of four games. The winner of each Quarterfinal matches will face each other in the Semifinals which will also have the same number of games. The winner of the Pool A Semifinal will face the winner of Pool B Semifinal at a later date. The Quarterfinals Game 1 starts at 3 p.m. local time, 6:30 p.m. IST. Photo: Michal Walusza

The first-ever FIDE Women's Candidates had a double round-robin format. It was done to ensure that Women's World Championship Cycle is similar to the Men's World Championship Cycle. Thus the Candidates would also have the same format. Aleksandra Goryachkina won the first edition of the Women's Candidates. A similar format was going to happen in the second edition too, however, the FIDE Council meeting held on 15th March 2022, announced that the Women's Candidates got postponed to the last quarter of 2022 and to continue consultations with players regarding the format of the tournament. It is quite obvious that the decision was prompted due to the Russian invasion of Ukraine. Out of eighth players, three Russian and two Ukrainian players are there.

Three months later, FIDE announced the change of the tournament format. Pool A has two Ukrainians - Anna and Mariya Muzychuk, while Pool B has three Russians - Kateryna Lagno, Aleksandra Goryachkina and Alexandra Kosteniuk. While FIDE never publicly admitted that the Russian and Ukrainians are kept in separate pools to avoid them facing each other and perhaps also to avoid sporting disparity, which was quite obvious. The exact reasoning behind the Pool formation is mentioned in the tournament regulations under 4.2.

The Women's Candidates Tournament (Pool A) kicked off at the glamorous Hotel Hermitage Monte-Carlo with a glittering opening ceremony on October 24. A lot of special guests attended the ceremony, and various of them had the opportunity to give inspirational speeches. It was especially the case with Dana Reizniece-Ozola, FIDE Management Board Deputy Chair, who stated that Monaco was the perfect place to celebrate the “intelligence and the beauty of women in chess”. 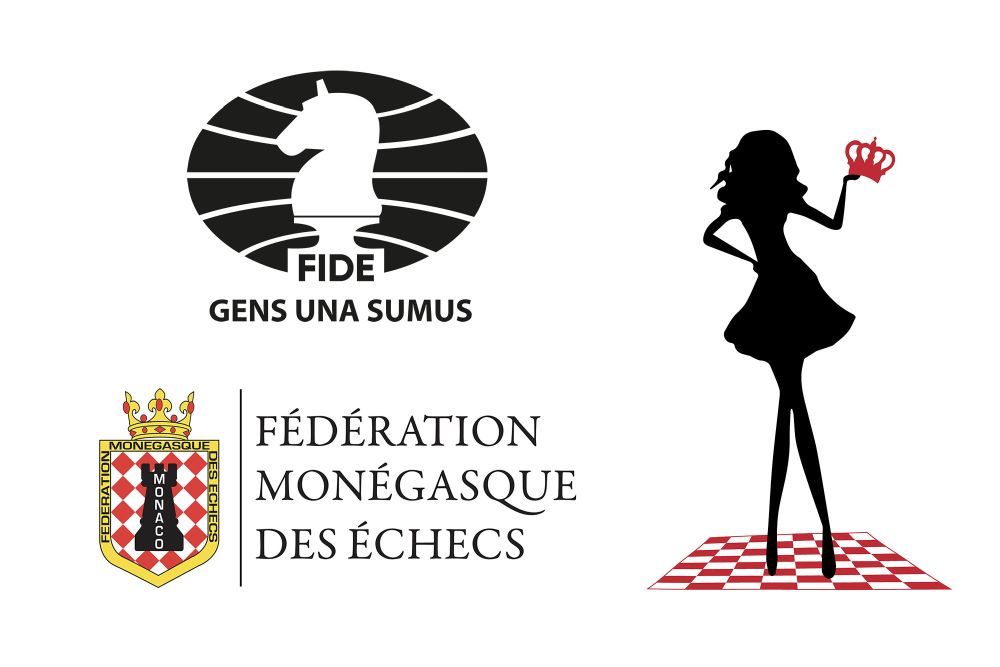 Emmanuel Van Peteghem, secretary of the main sponsor of the event, the SBM company, added that they were very proud to support the chess discipline. Jean-Michel Rapaire, president of the Monaco chess federation, affirmed that it was a pleasure to organize once more an international tournament of this calibre in Monaco.

Inna Bazhenova, another cornerstone of the event, based her intervention on the comparison between chess and art and finally, Arkady Dvorkovich, FIDE President, announced the start of the tournament, insisting on the fact that the event “will be interesting for the entire world” since the field involves players from Europe and Asia. 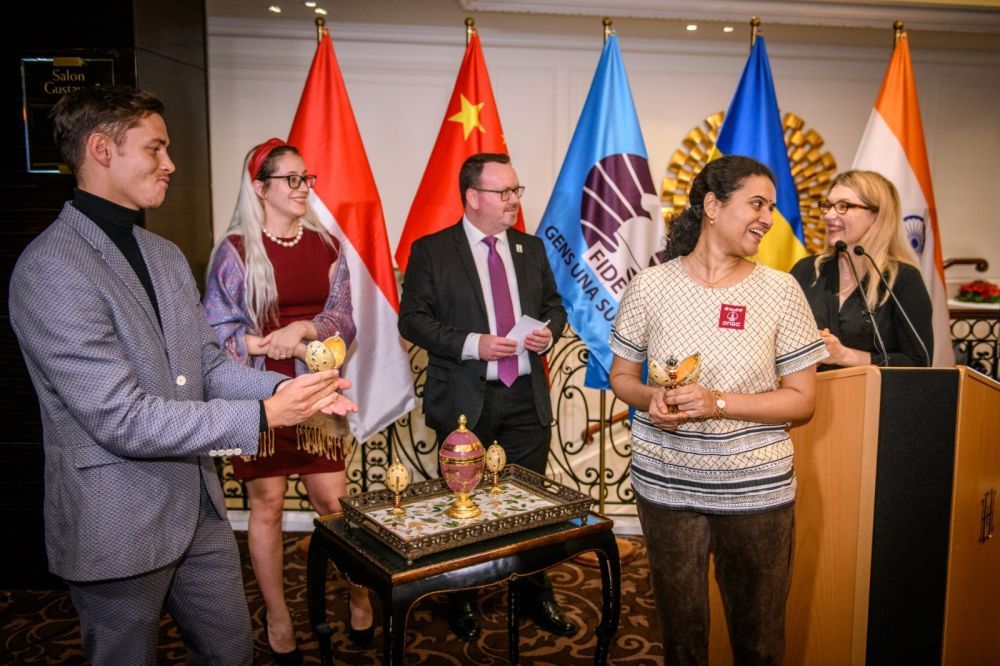 The drawing of colours was as chic as the place where it happened. The players opened Fabergé like exquisite pearl eggs to reveal the queen chess piece, which indicated the colour. Humpy Koneru and Lei Tingjie will start with White against Anna and Mariya Muzychuk, respectively. 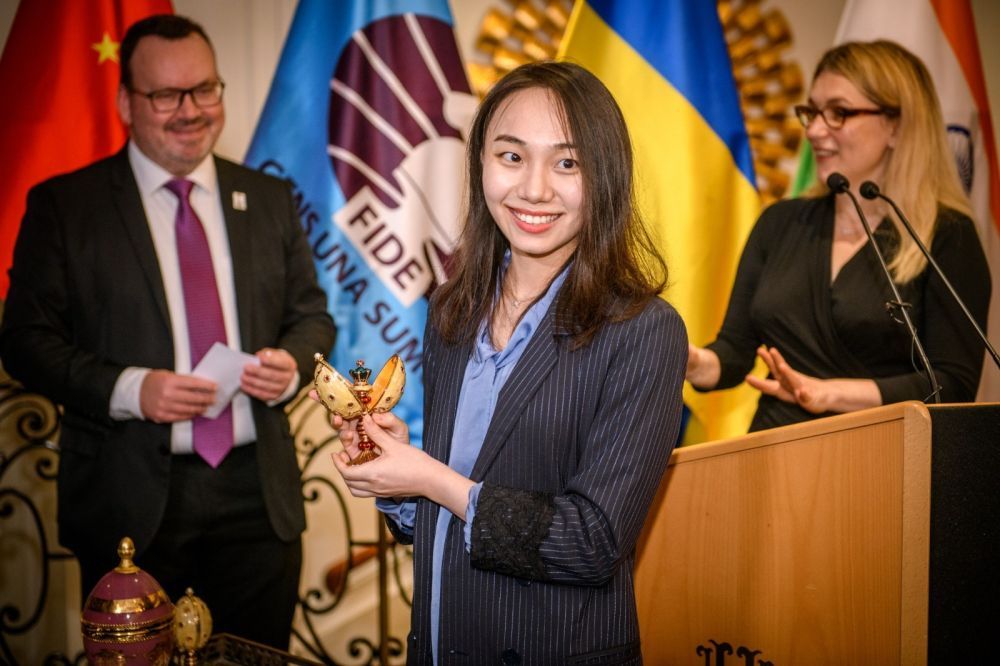 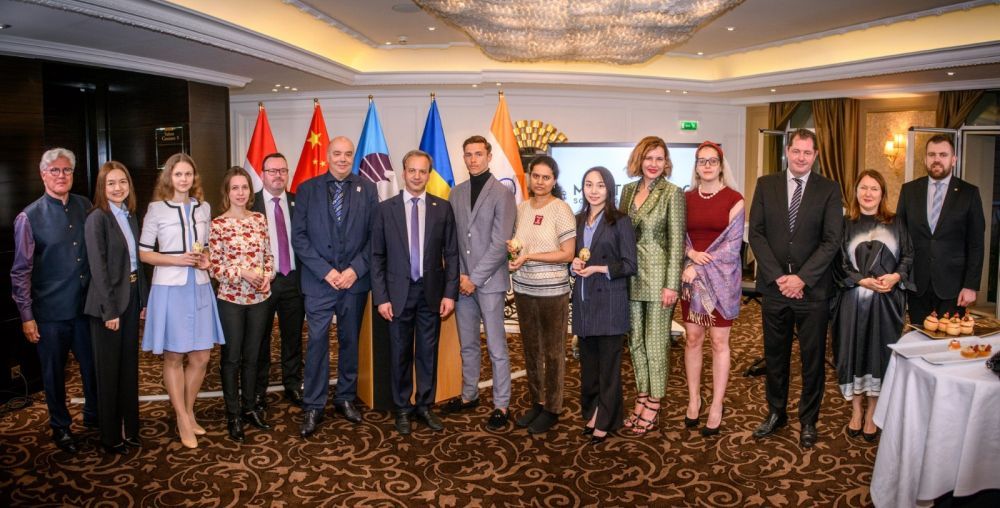 A group photo of players, organizers and guests at FIDE Women's Candidates 2022-23 Pool A Drawing of Lots | Photo: Michal Walusza

This bracket will see the clash between Koneru Humpy and Anna Muzychuk (first Quarter-Final), and Lei Tingjie and Mariya Muzychuk in the second Quarter-Final. Under the new knock-out format, players in each of the two brackets or "pools" will play a four-game match (plus tie-breaks, if needed) in order to advance to the next stage, with the final match being played over the distance of six games. 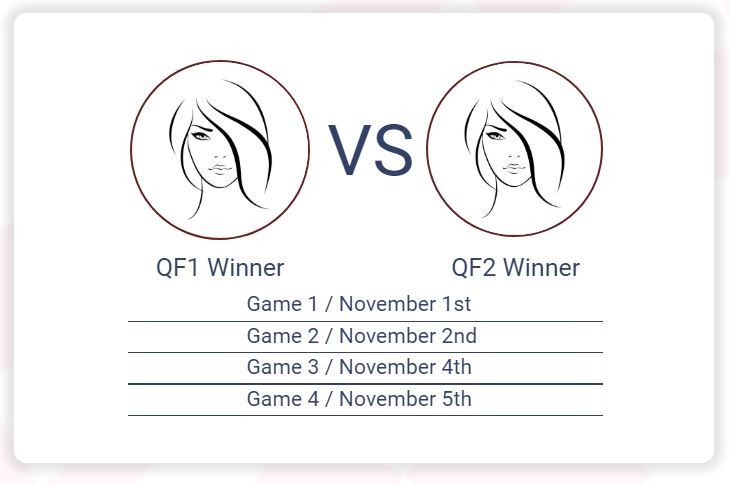 The main sponsor for the event will be The Société des Bains de Mer (SBM), a company that owns and manages the Monte Carlo Casino, the Opéra de Monte-Carlo, and the Hôtel de Paris in Monte Carlo. Originally founded in 1863 by Charles III, Prince of Monaco, and previously owned by Aristotle Onassis, SBM is now a publicly traded company registered in the Principality of Monaco, with the Government of Monaco as the main shareholder. Hotel Hermitage is the venue of the FIDE Women's Candidates 2022-23 Pool A | Photo: Håkan Dahlström

The games venue will add a touch of distinction to the event, as the Hôtel Hermitage is one of the most emblematic hotels in Europe. Set in a palace in Monaco listed as a historic monument, this luxurious five-star hotel features Belle-Époque décor, a winter garden, and a 7,000 m² spa. Among other recognitions, it received the "Best spa in a hotel in Europe" Prix by Villégiature Award in 2016 and the Gold Award in the "Event Hotel of the Year" category by Eventia in 2012.

Pool B of the Women’s Candidates will be staged under the same conditions. It will take place in Khiza, Uzbekistan from 28th November to 11th December 2023. The Final that will determine the challenger to Ju Wenjun’s throne, played over the distance of 6 games, will take place in the first quarter of 2023, and two different European cities have already expressed their interest in organizing it.

Source: Monaco to host Pool A of Candidates 2022-23 and Pool A Candidates starts in Monte Carlo