Anna Muzychuk (UKR) won the must-win fourth game of FIDE Women's Candidates 2022-23 Pool A Quarterfnals. She will now play tie-breaks today against Koneru Humpy. Mariya Muzychuk (UKR) drew with Lei Tingjie (CHN) which means the latter advanced to the Semifinals where she will face the winner of the Anna-Humpy tie-breaks. The Quarterfinal tie-breaks consist of four Rapid games of 15 mins + 10 seconds increment. If needed, there will be Blitz games to decide the second Semifinalist. The tie-break games start at 3 p.m. local time, 6:30 p.m. IST. Photo: FIDE/Michal Walusza

Lei Tingjie advances to the Semifinals 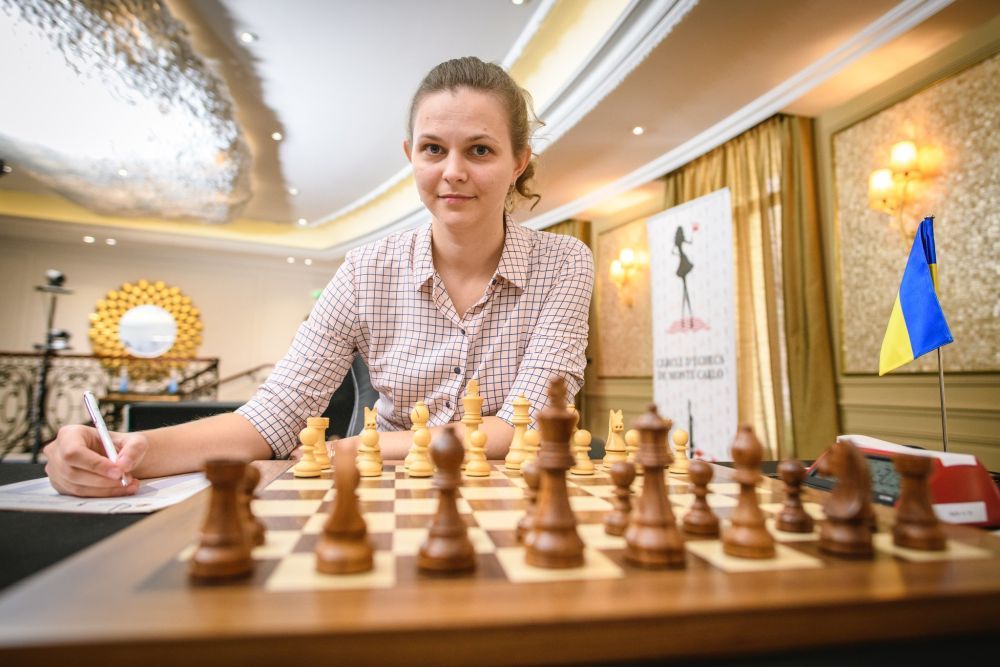 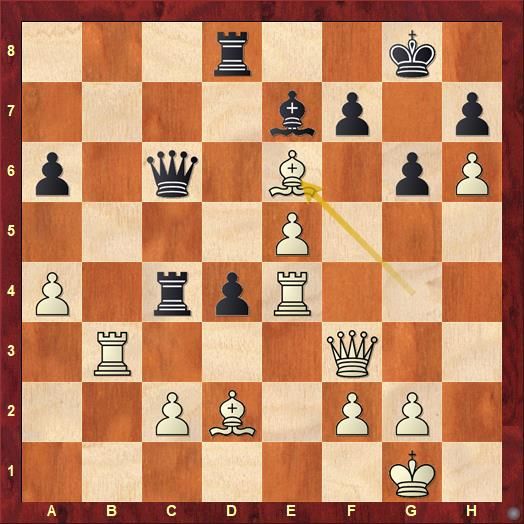 30...Qxe6 is how Black could have kept things together. 30...fxe6 was the beginning of the end for Black as her kingside became quite vulnerable. 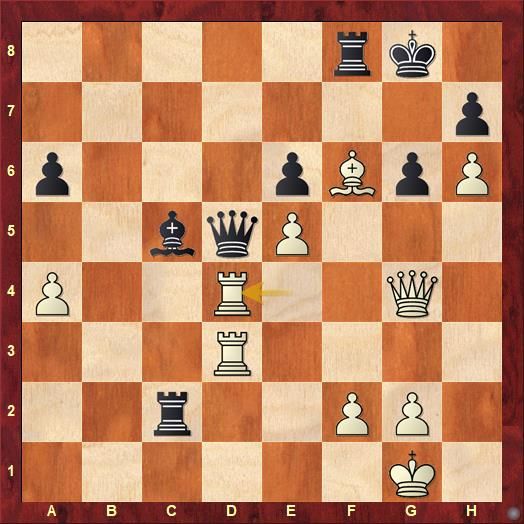 White made a perfect exchange sacrifice to seize her advantage on the kingside. 35.Rexd4 Bxd4 36.Rxd4 Qa2 37.Rd7 Rxf6 38.exf6 Qa1+ 39.Kh2 Qe5+ 40.Kh3 Black could have tried to get back in the game via Rxf2. However, she missed her chance due to mutual time trouble. Anna went on to win the game and force tie-breaks.

Anna Muzychuk: "The game was very complicated, I was not sure what was going on" | Video: FIDE 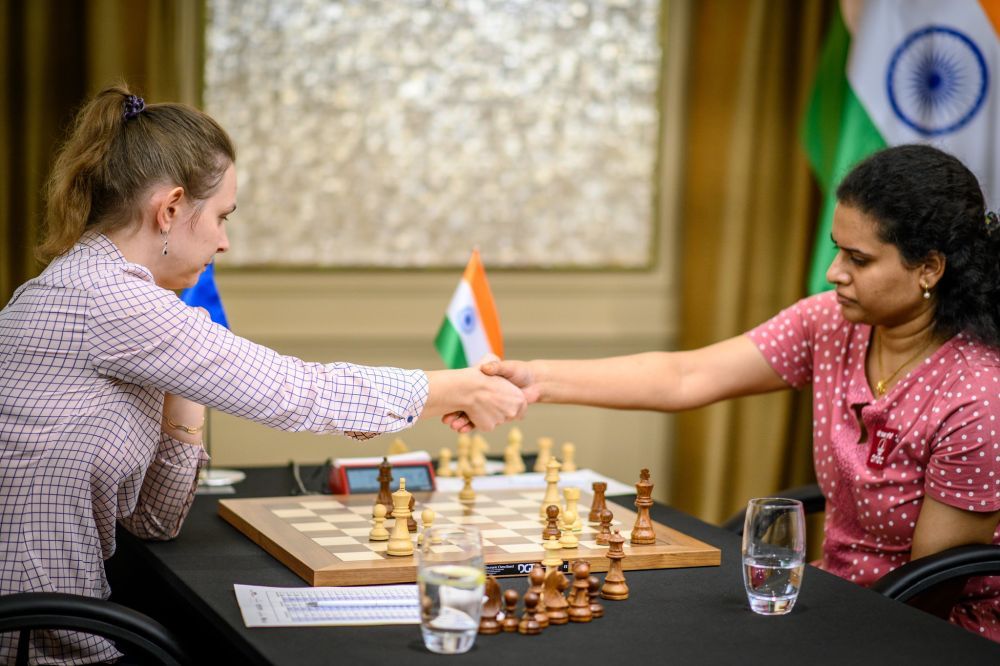