Women's Candidates: Gunina survives a scare in round 1

Valentina on top board survives a massive scare against Kateryna Lagno. The former Women's World Blitz Champion Valentina faced a deferred Steinitz Defence with white pieces but she was unable to get much out of the opening. The reigning World Blitz champion Lagno managed to equalize early in the middle game and then gain substantial advantage but she fell into perpetual check and the game ended up in a draw. Goryachkina kept pushing for an advantage out of the opening with an unusual variation in the Ruy Lopez but the Chess Queen Kosteniuk kept resisting, eventually Goryachkina missed an opportunity and it ended in a draw. Dzagnidze-Zhongyi and the battle of Muzychuk sisters ended up in uneventful draws. Photo: Anastasya Karlovich

Lagno, Goryachkina misses an opportunity to score a full point 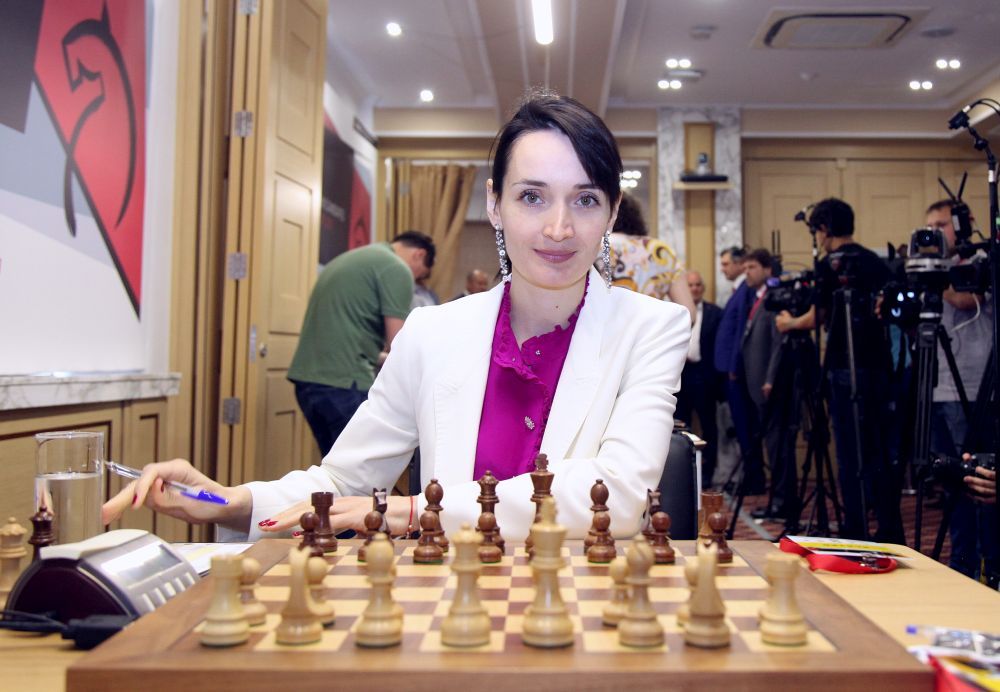 Winning the first round would have been an emphatic statement | Photo: Anastasya Karlovich 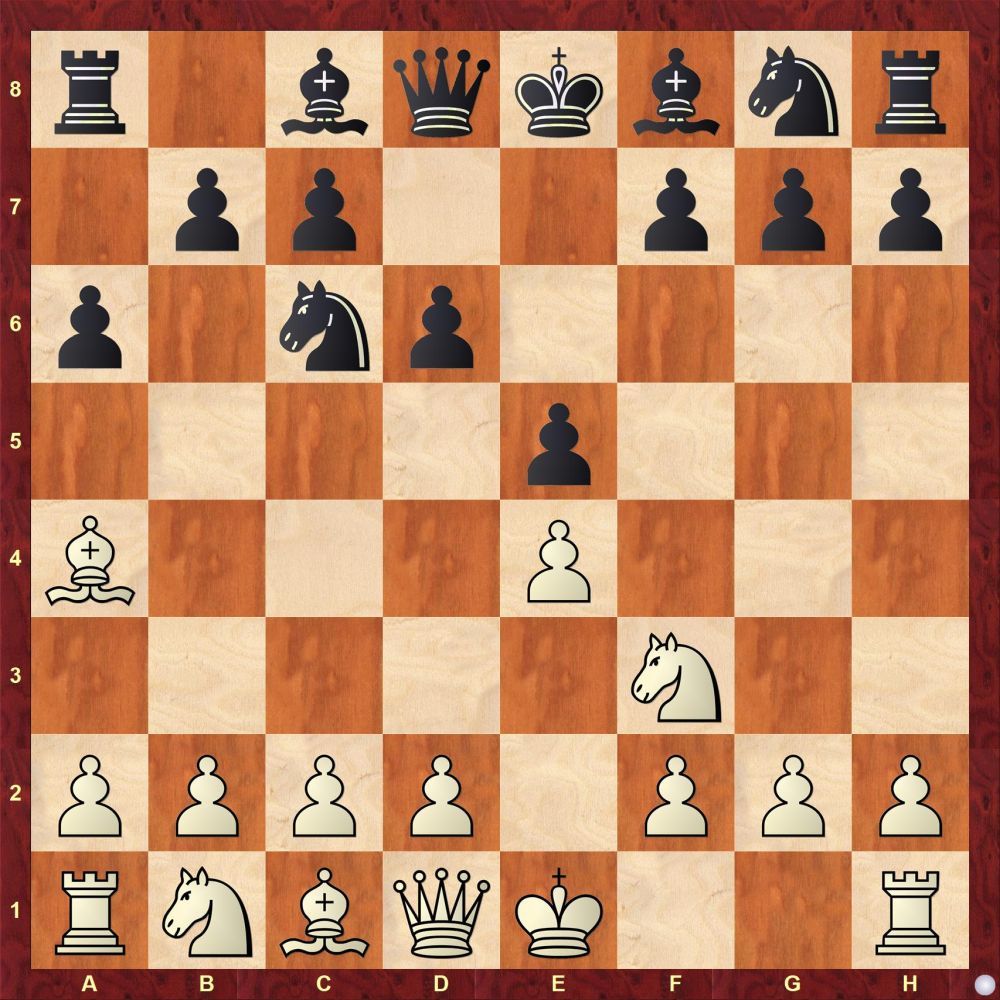 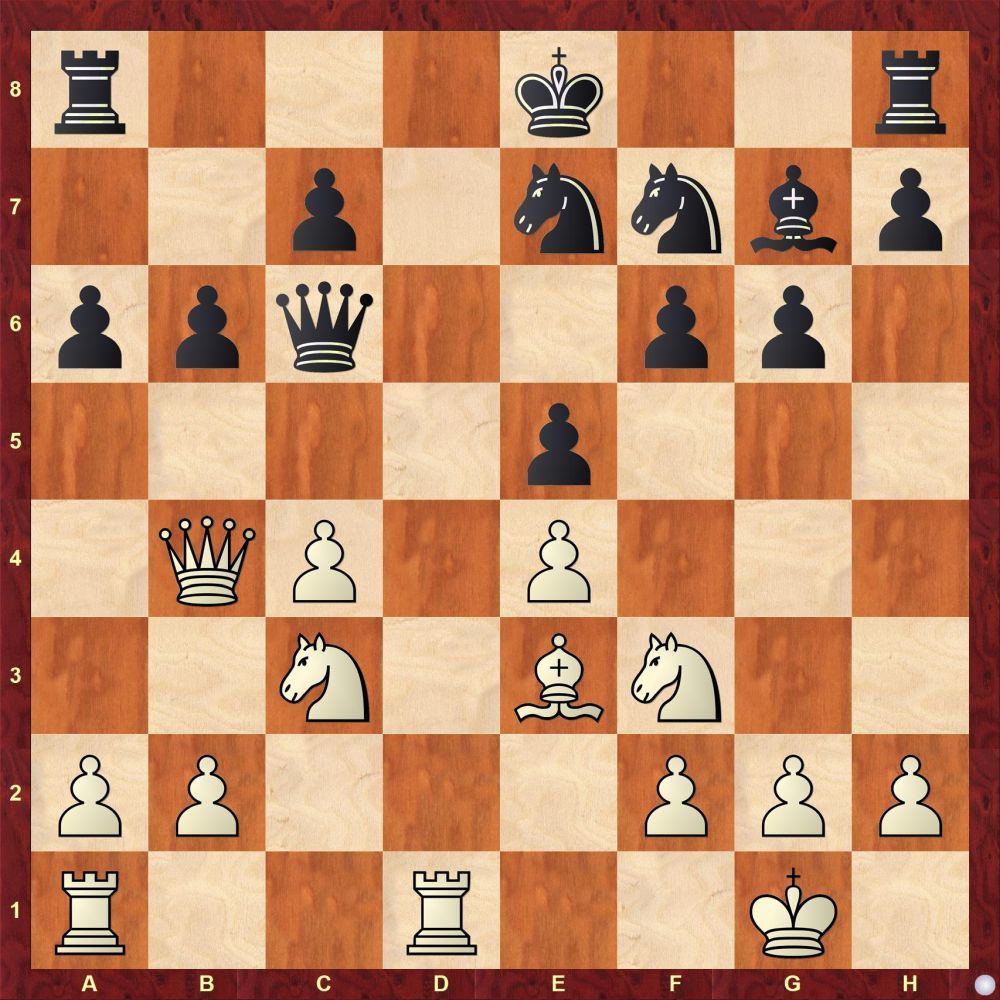 Out of the opening Gunina got a good position, but she jumped the gun and played 17.Nd5. What should have White played here instead? 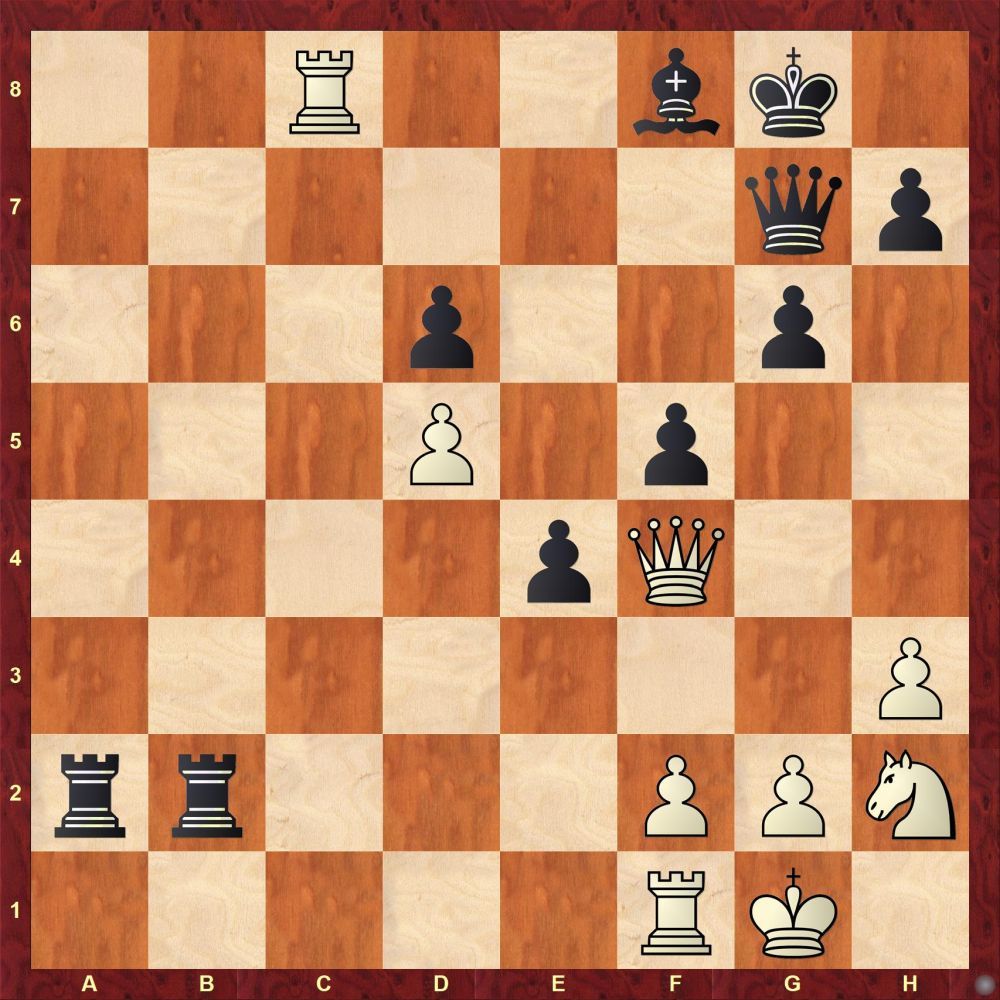 When you have double rooks beautifully placed like that, you would not want to exchange them. However Lagno played 39...Rc2. What should have Black done here instead? 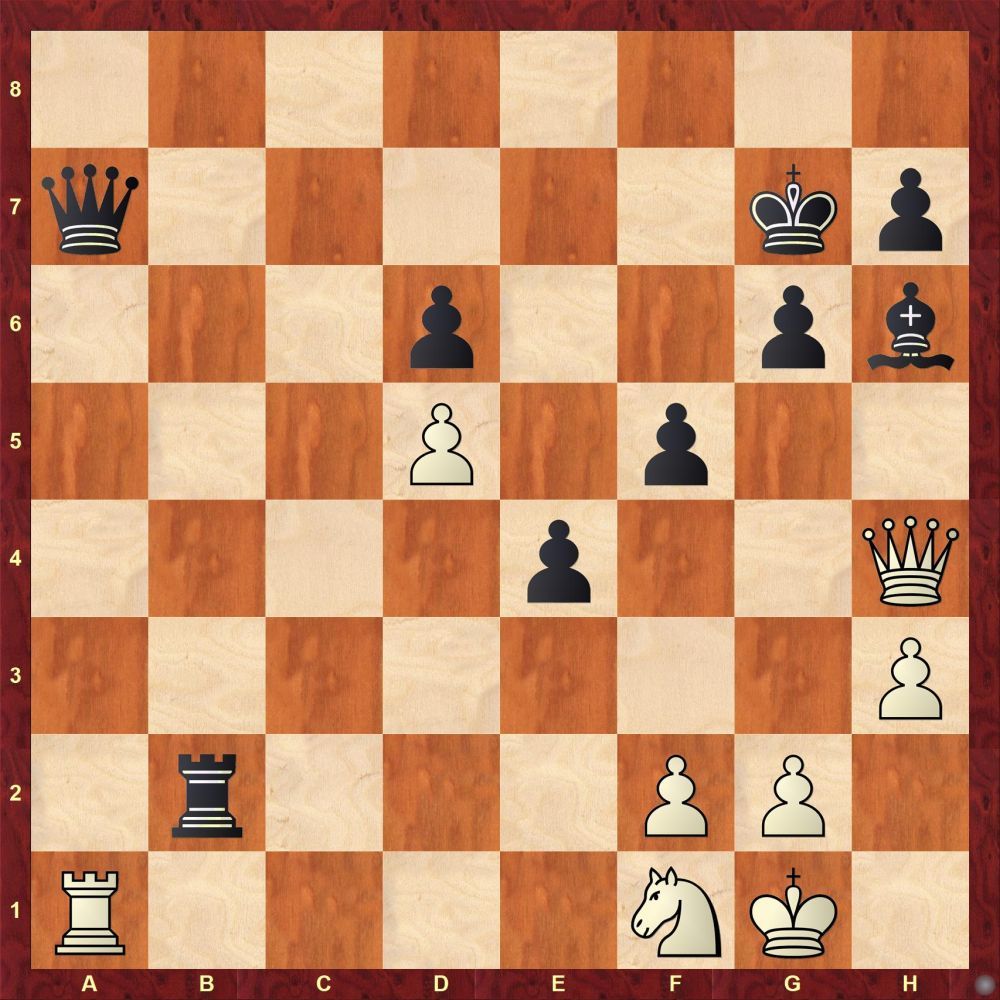 Black's position was so good that despite the advantage getting reduced, it did not diminish away completely, well until Black played 46...Qxa1 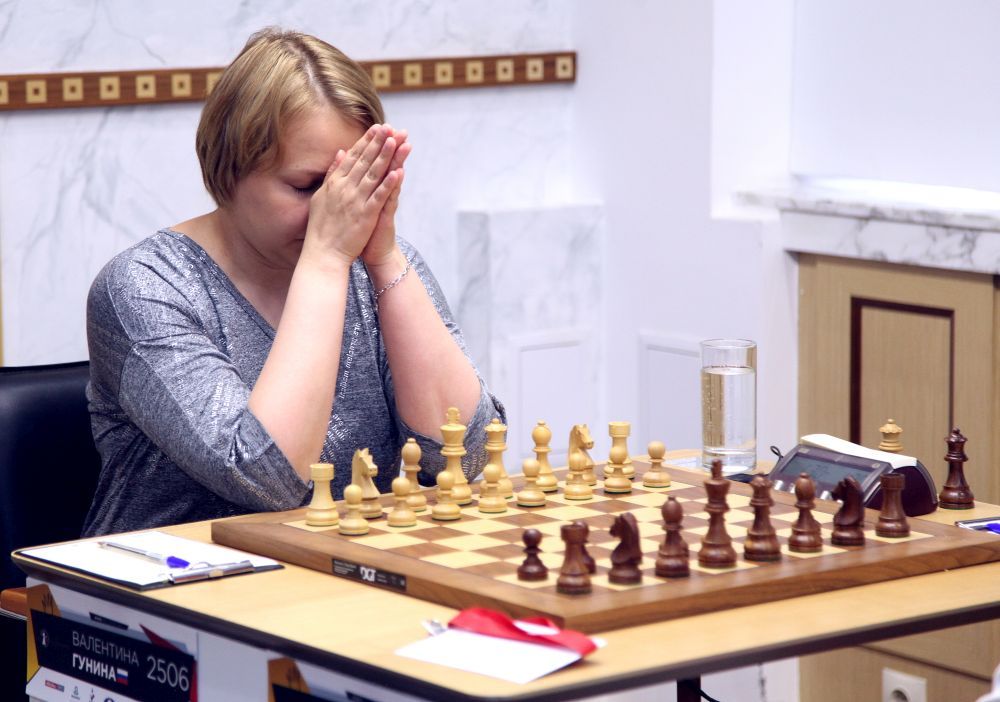 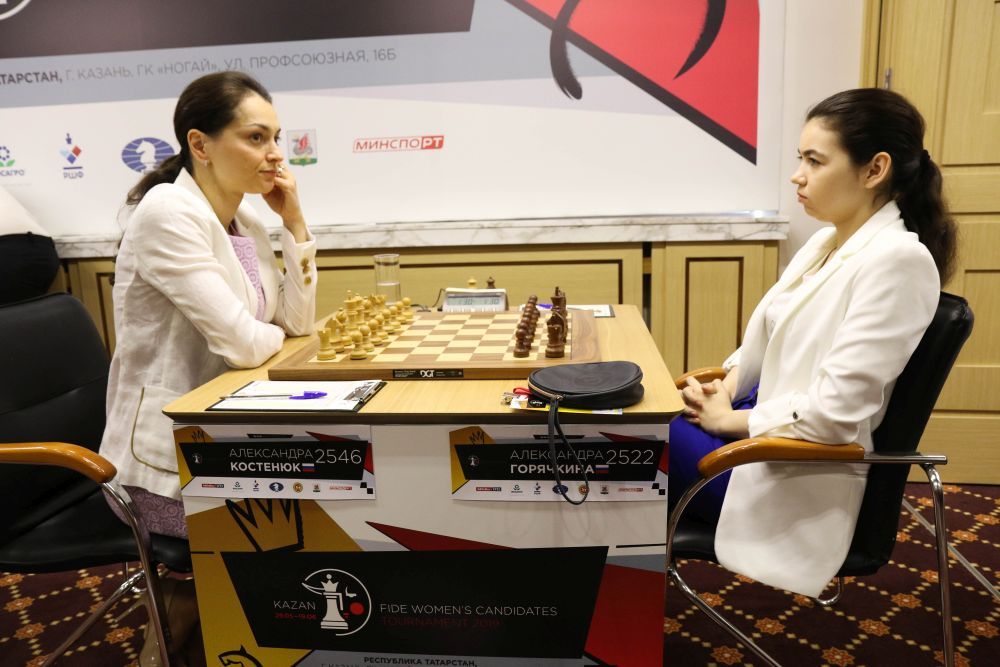 Batlle of experience vs. youth: Goryachkina looks extremely focused while Kosteniuk is relaxed as she has been in high pressure situation countless times | Photo: Eteri Kublashvili

Despite opting for an unusual variation of the Ruy Lopez with Black pieces, Goryachkina managed to equalize easily out of the opening and immediately announced an aggressive style. 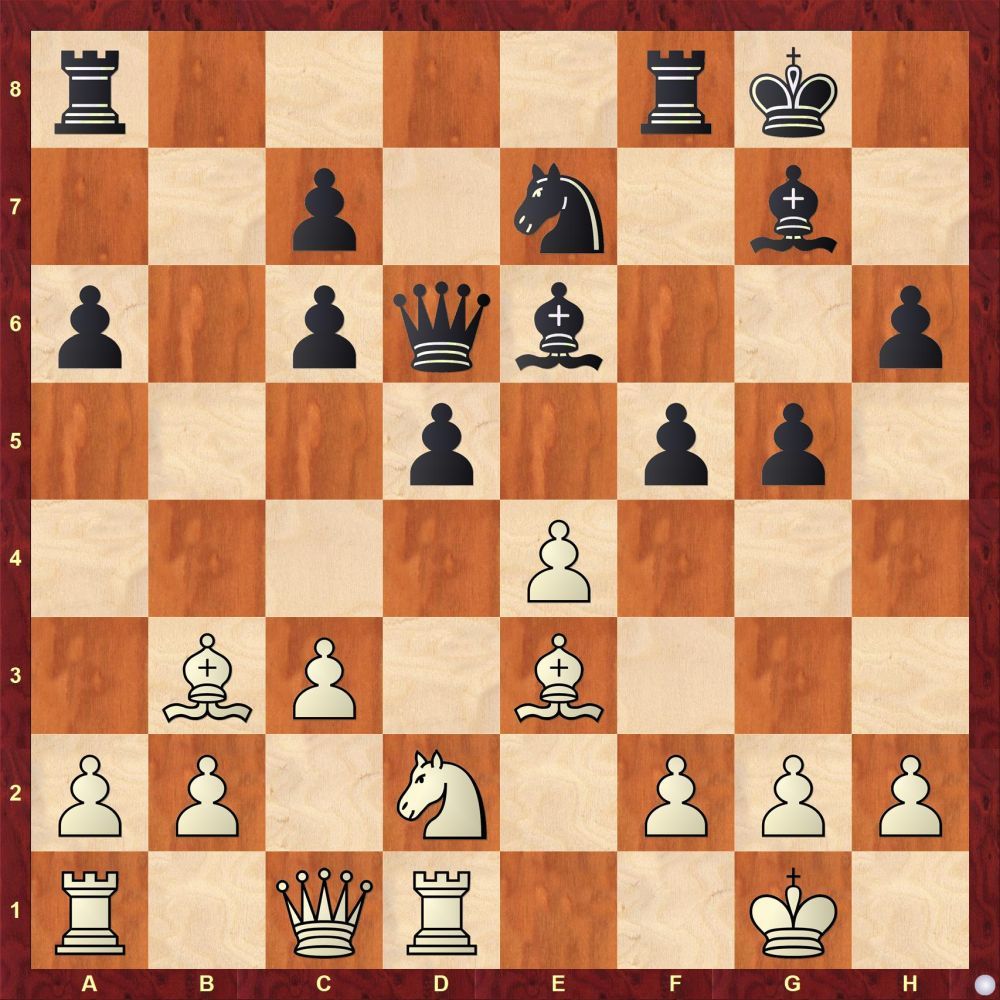 Black played 15...g5 with the intention of launching an attack but the former World Champion Kosteniuk did not give any chance... 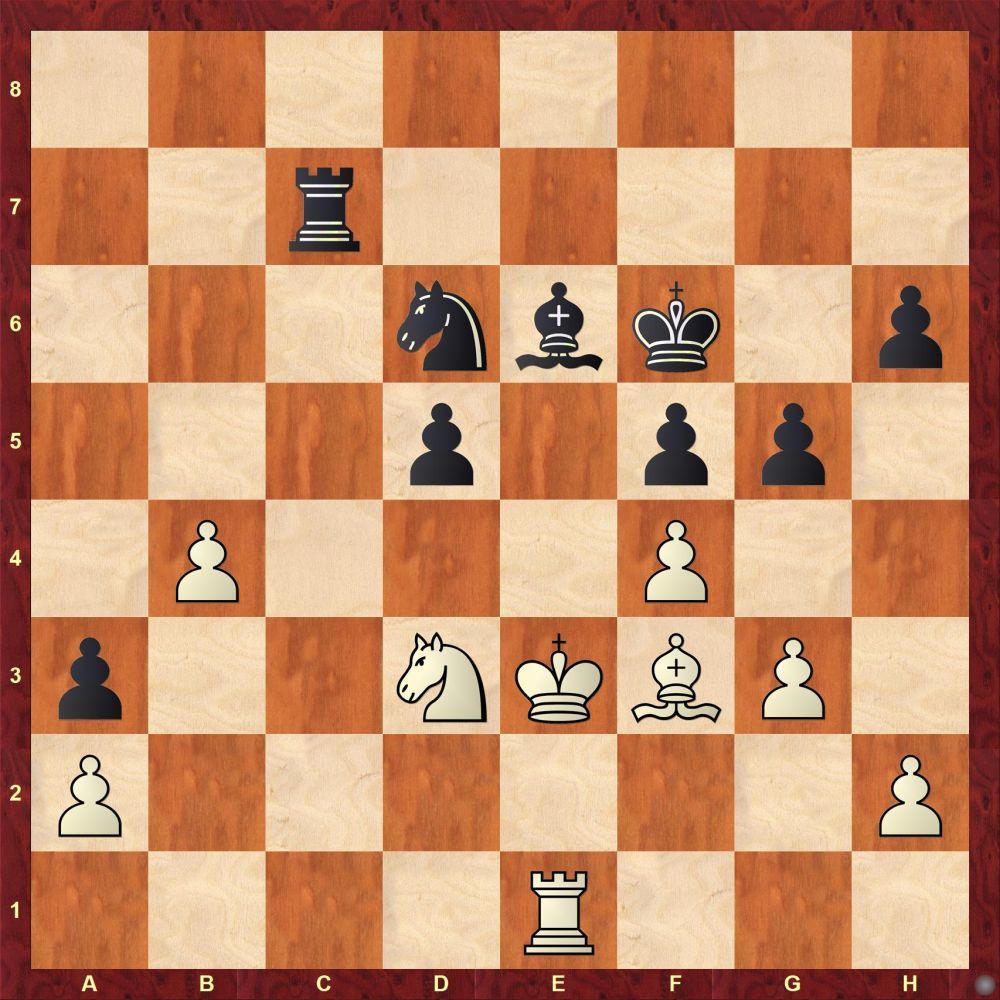 ...until it was the endgame. White recaptured here with 45.cxb4 and presented Black with the only opportunity. What is the best continuation for Black here? 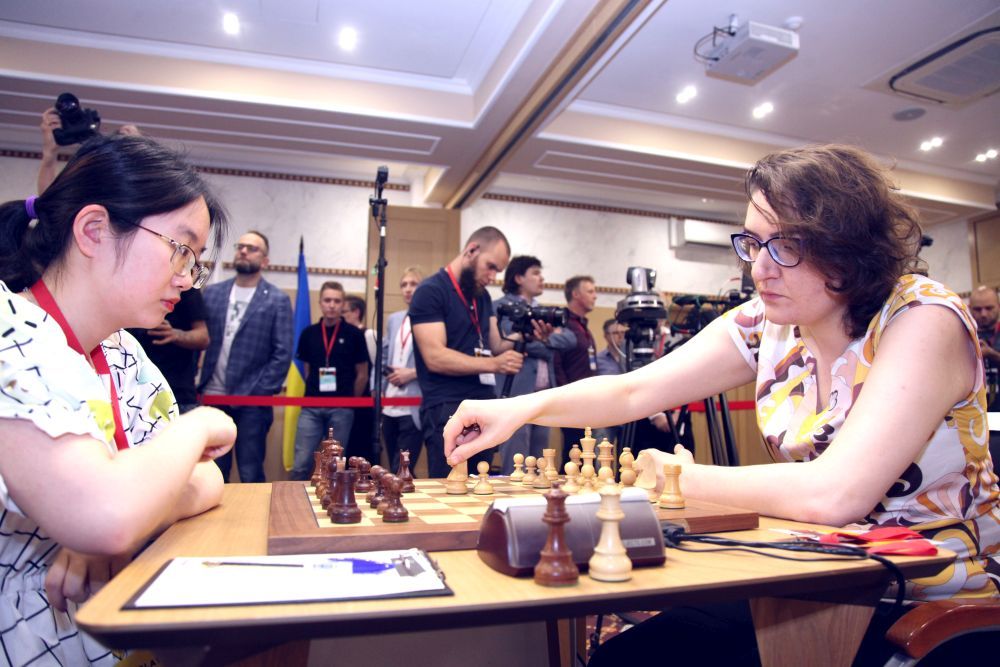 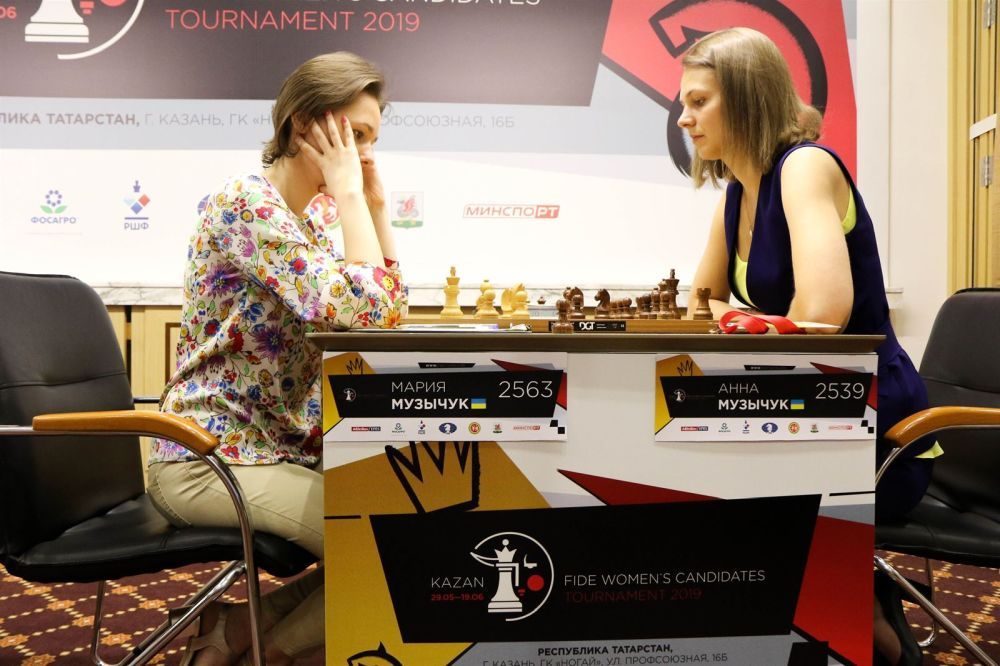 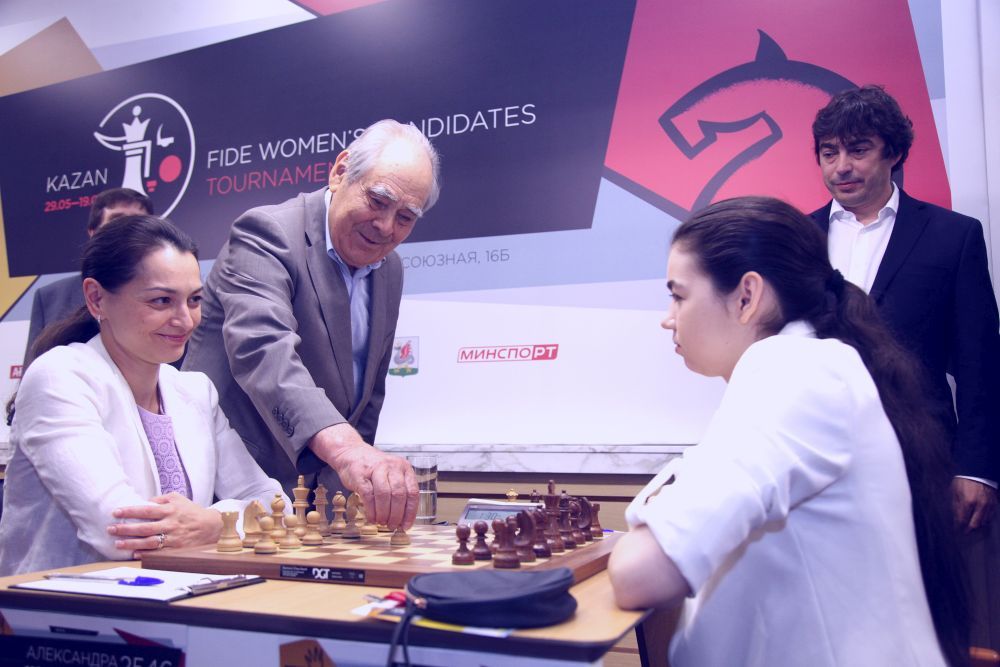 The first President of Tatarstan Mintimer Shaimiev made the first symbolic move to pawn off Women's Candidate | Photo: Anastasya Karlovich