Kosteniuk missed several winning chances against Lagno and the game eventually ended up in a draw. It was the only draw of the round. Gunina went all-in against Goryachkina but that was not enough as soon her position was a complete mess which Goryachkina had no trouble cleaning up for a full point and stretch her lead by 2.5 points. Anna Muzychuk seemed to be in an uncomfortable queen less middle game, however she swerved her opponent into blundering an exchange which resulted her in scoring the full point in the endgame. Mariya Muzychuk won against Tan Zhongyi without any difficulty resulting in both Muzychuk sisters win again. Photo: Eteri Kublashvili 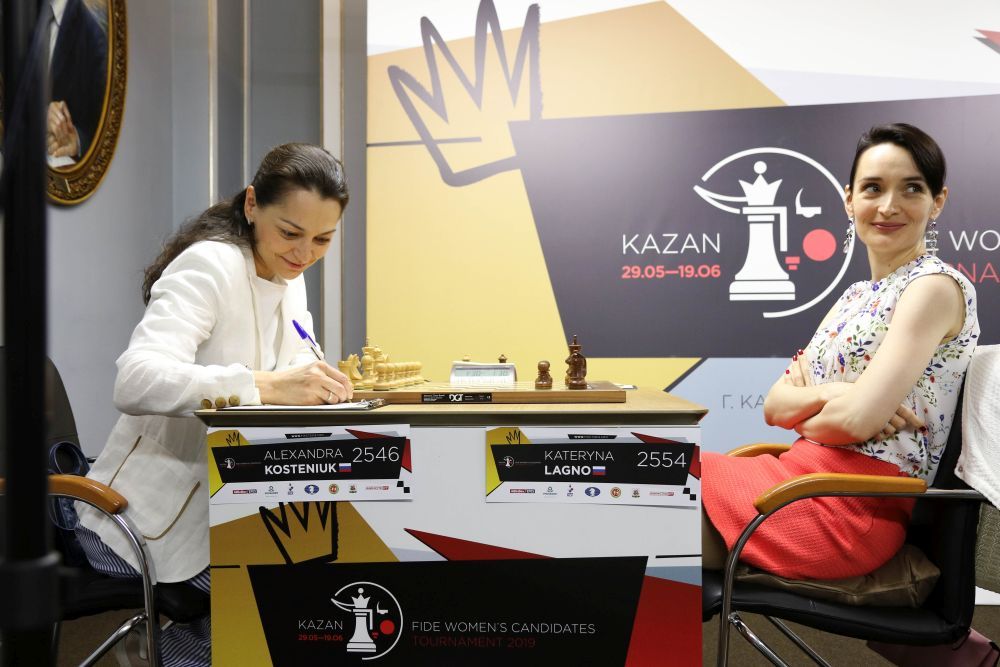 Kosteniuk and Lagno share a smile before the match | Photo: Eteri Kublashvili

Kateryna Lagno after the game said, "It was risky to play this opening". She was talking about her opening choice of playing Modern Defence with the Black pieces against Chess Queen Alexandra Kosteniuk 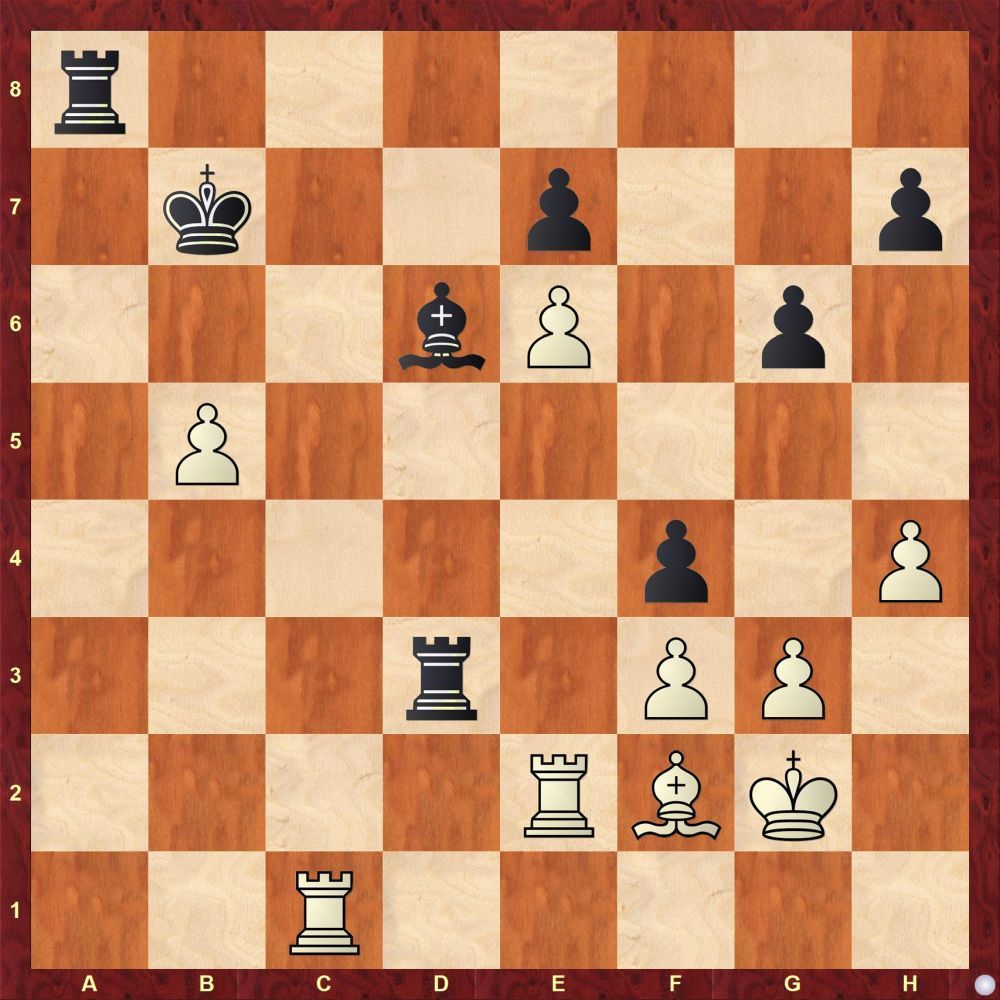 White has two advanced pawns and one of them is a passed pawn. Black just played 57...f4. What should White do here? 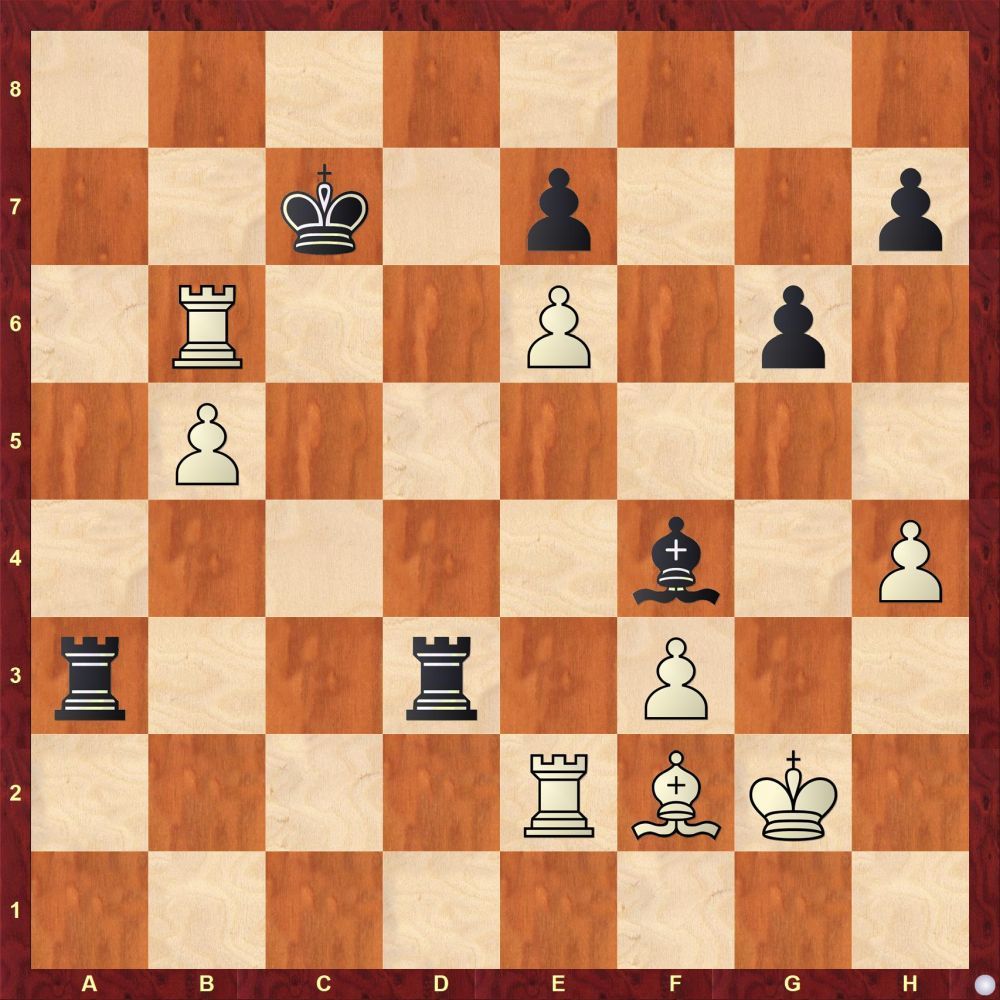 Black has a battery of rooks on third rank, but White should be concerned about his advanced pawns. Find out the best continuation for White here after Black's last move 60...Kc7 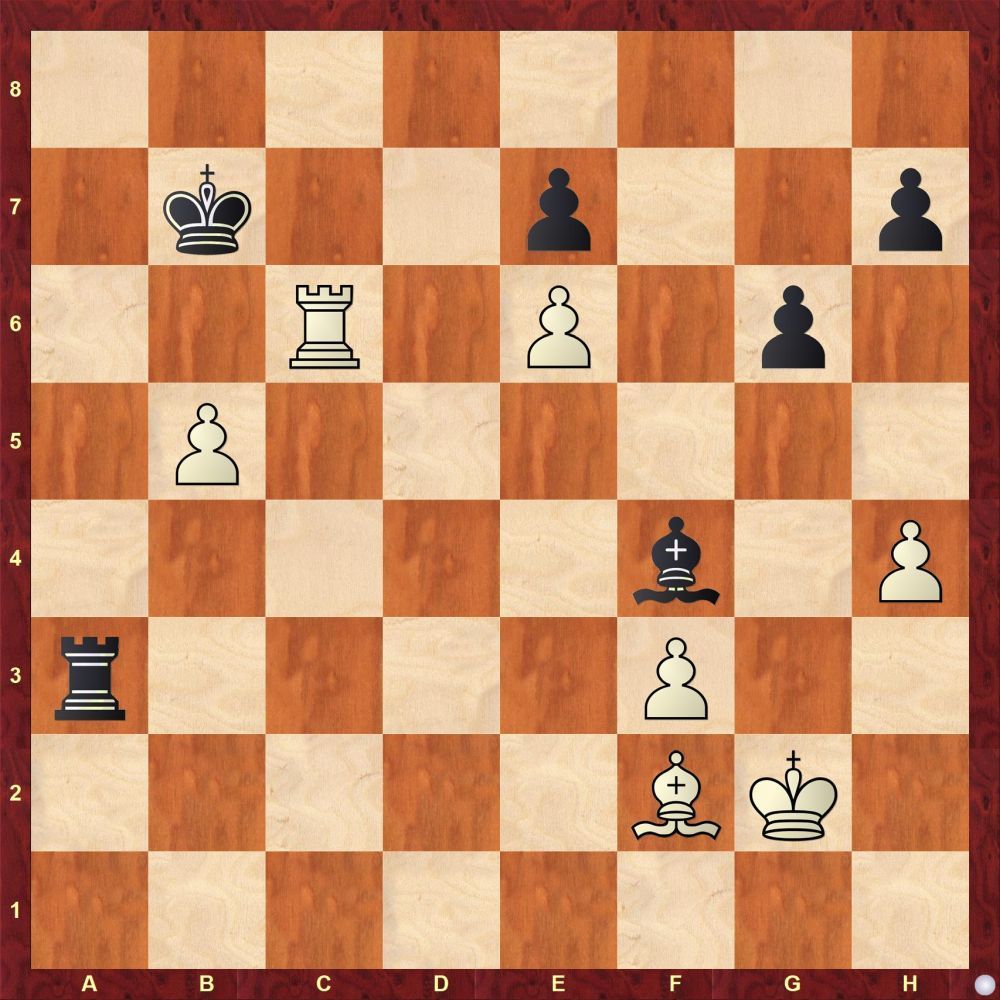 Black just played 63...Kb7. Time to play the right move for White as White has a decisive advantage. 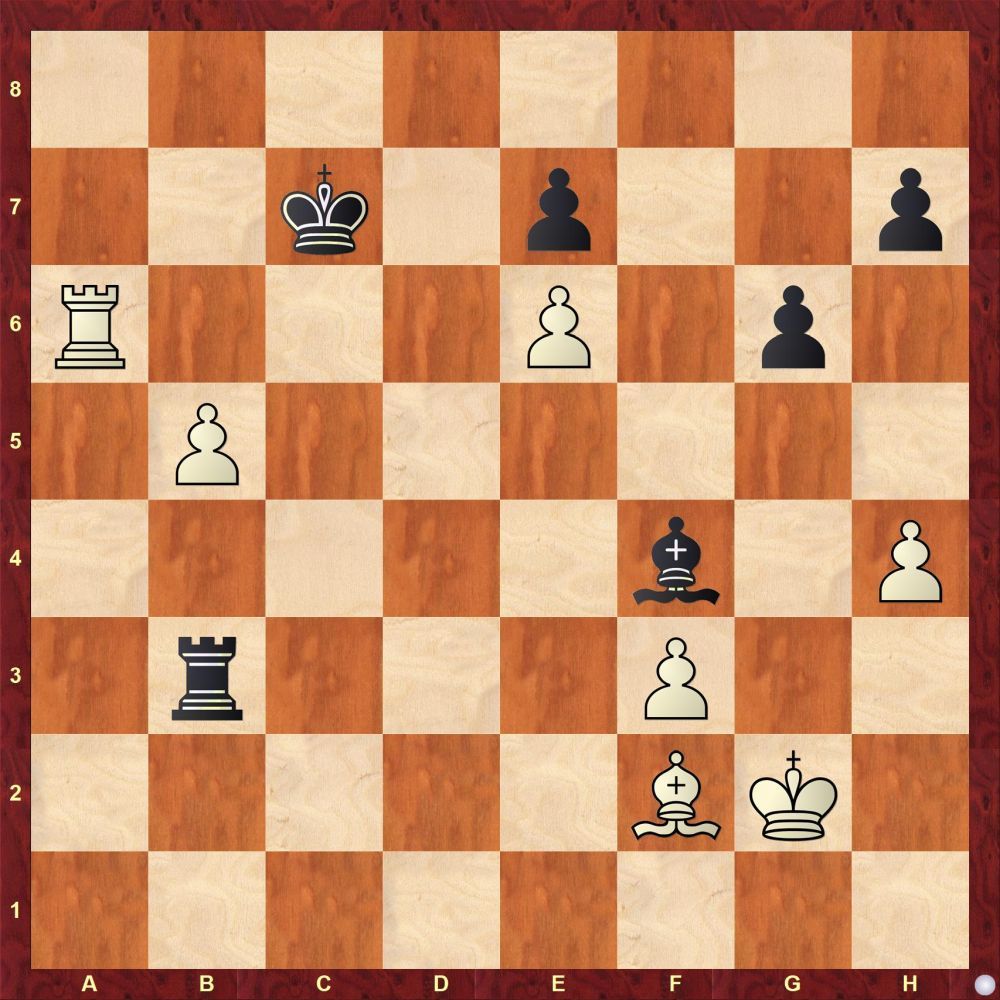 Kosteniuk had one last opportunity but due to time trouble she squandered it by playing 66.b6+. Can you find out how she could have still pushed for a win? 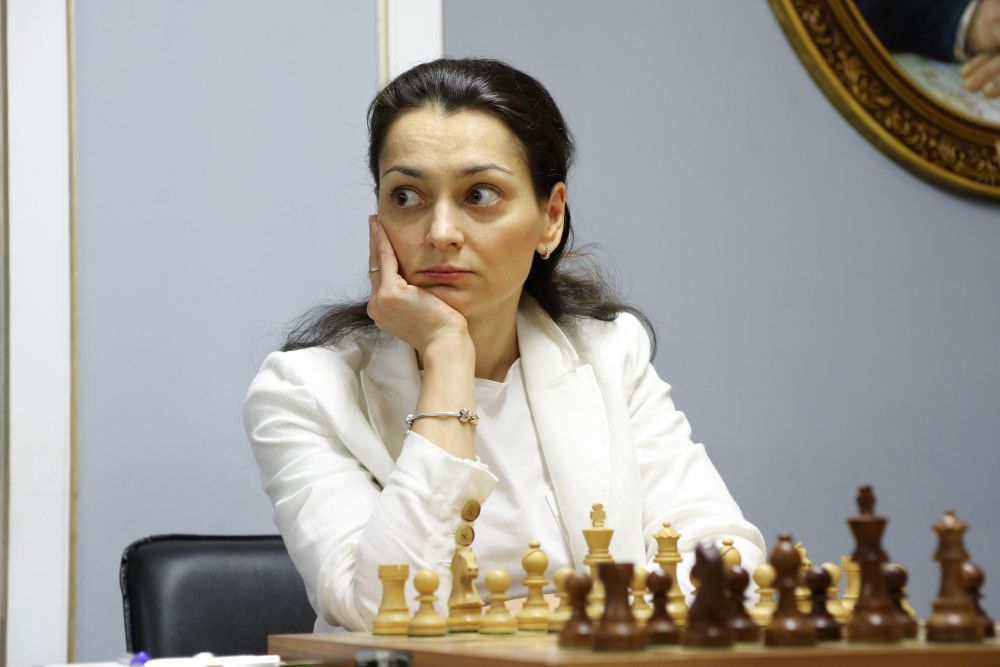 Kosteniuk will not be happy considering what she missed | Photo: Eteri Kublashvili
Kosteniuk and Lagno talk about their tournament situation| Video: FIDE Chess 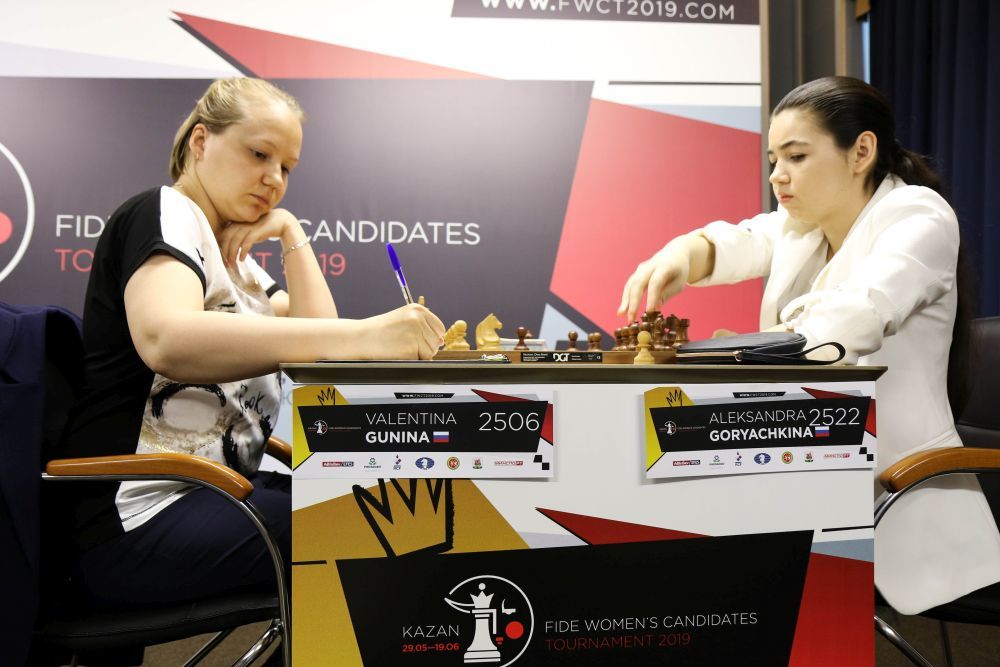 Gunina went all out against Goryachkina but that did not turn out well for her. They drew both of their matches against each other in the tournament | Photo: Eteri Kublashvili

Valentina Gunina who herself played Caro-Kann with the Black pieces faced it with White against Aleksandra Goryachkina. Gunina opted for the Two-Knight's variation. It was evident from the get-go that Gunina has come to round 9 with a 'do-or-die' attitude. 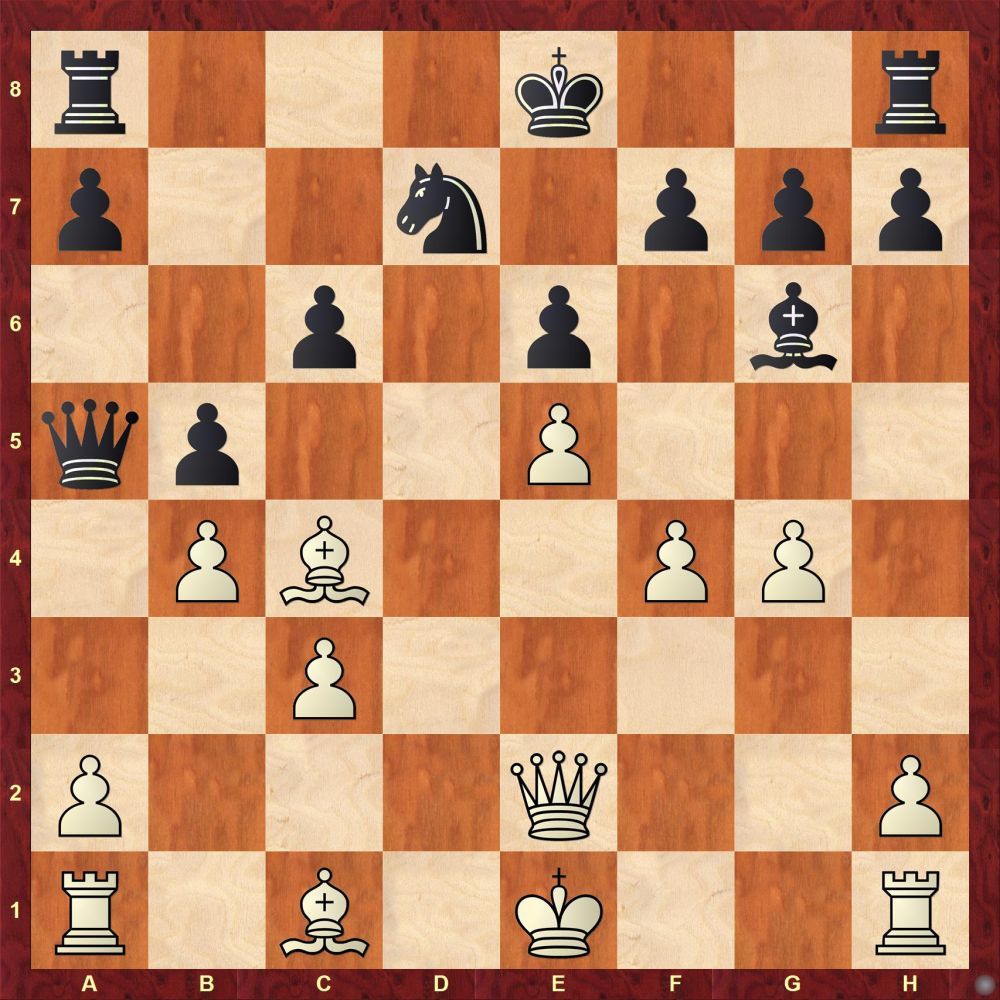 Gunina playing 15.b4 is not a good idea. Find out why. 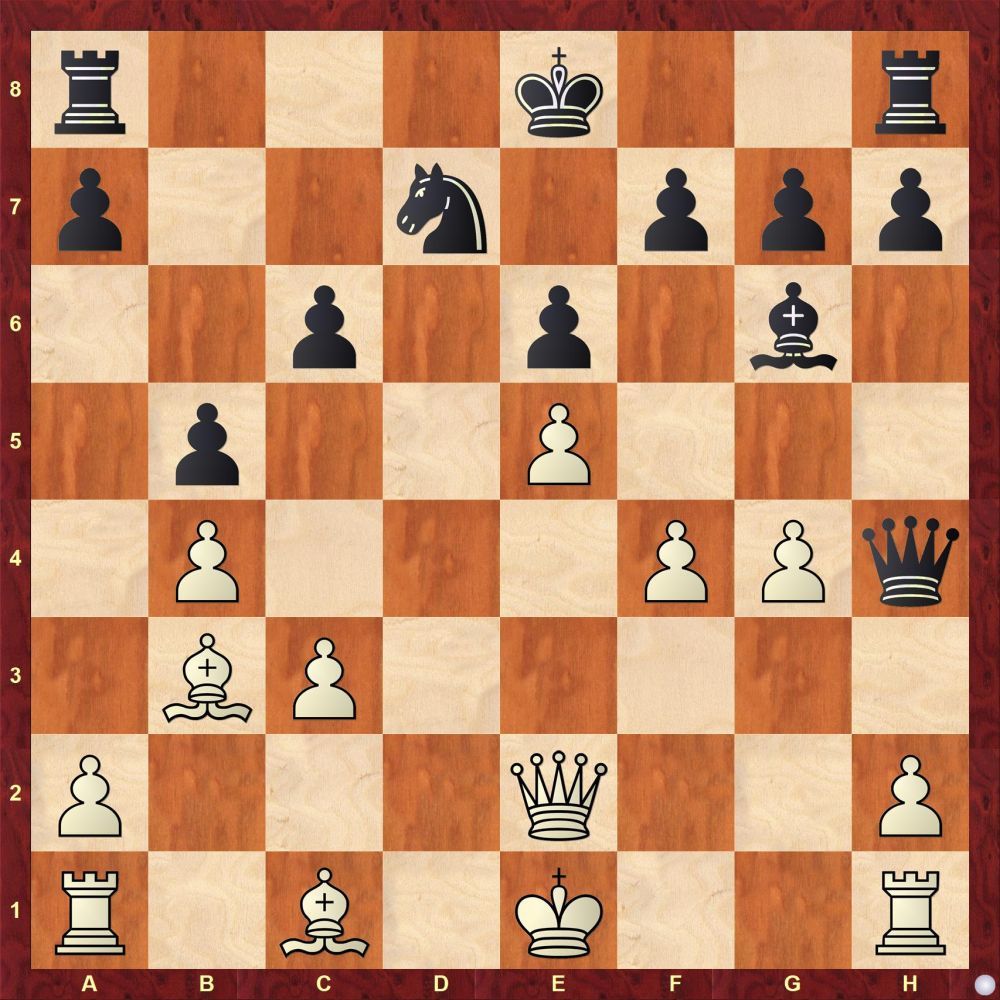 Gunina made a bad decision of playing 17.Kd1 here. What do you think she should have played instead? 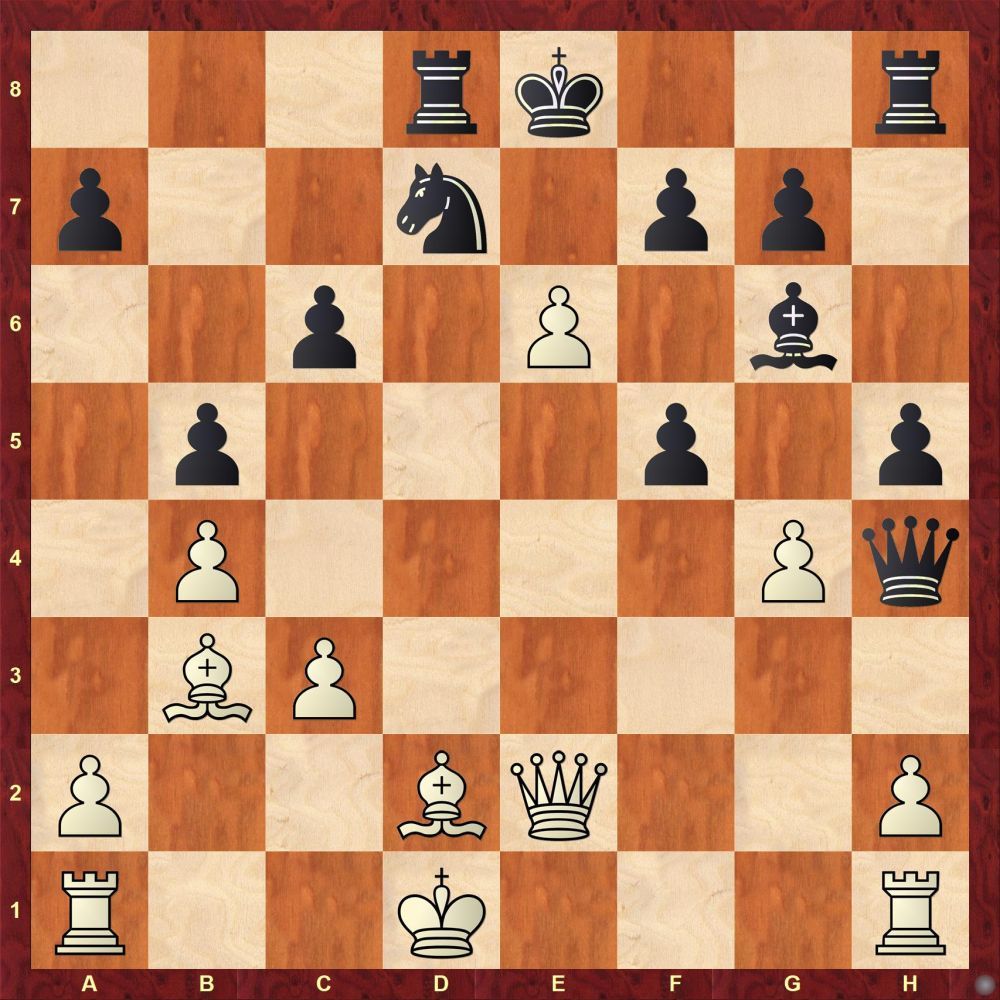 It is evident that Gunina tried too hard to push for a win when she played 20.e6 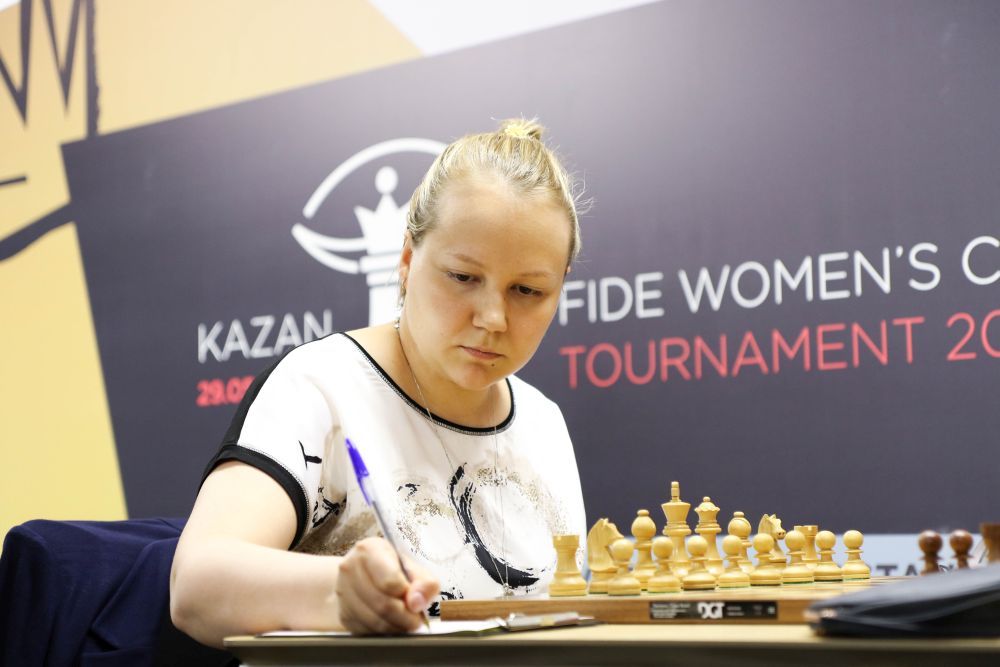 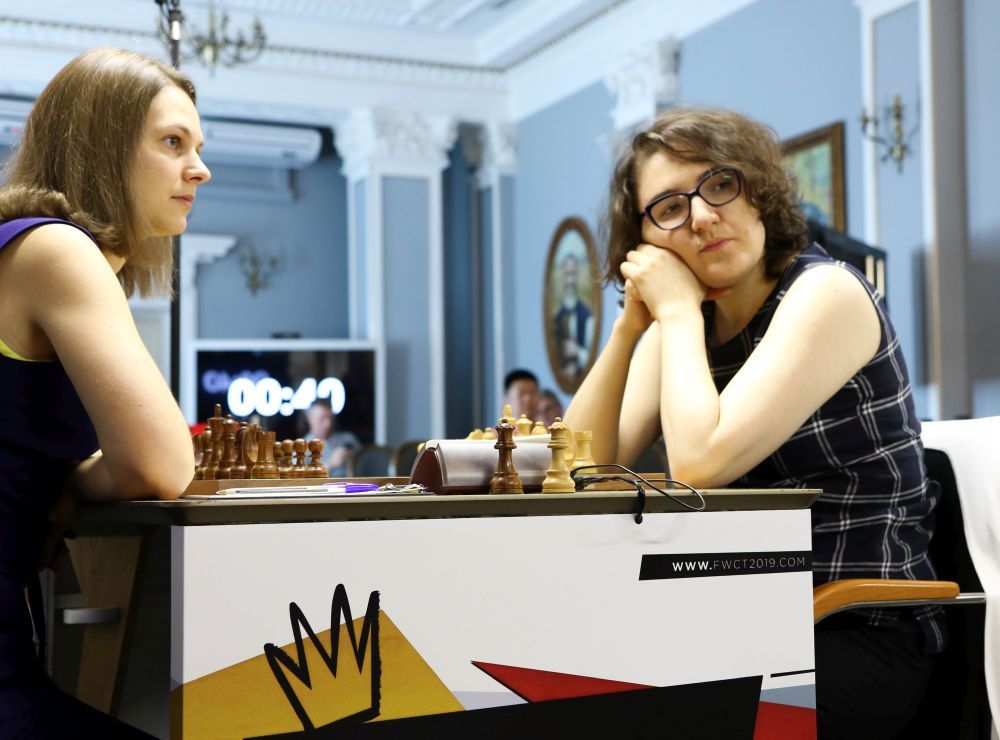 Anna would be to get her revenge against Nana. Both of them won a game each against each other in the tournament | Photo: Eteri Kublashvili

Goryachkina-Mariya ended up in a draw after a prolonged endgame. However, Mariya almost had a half chance which she could have taken. 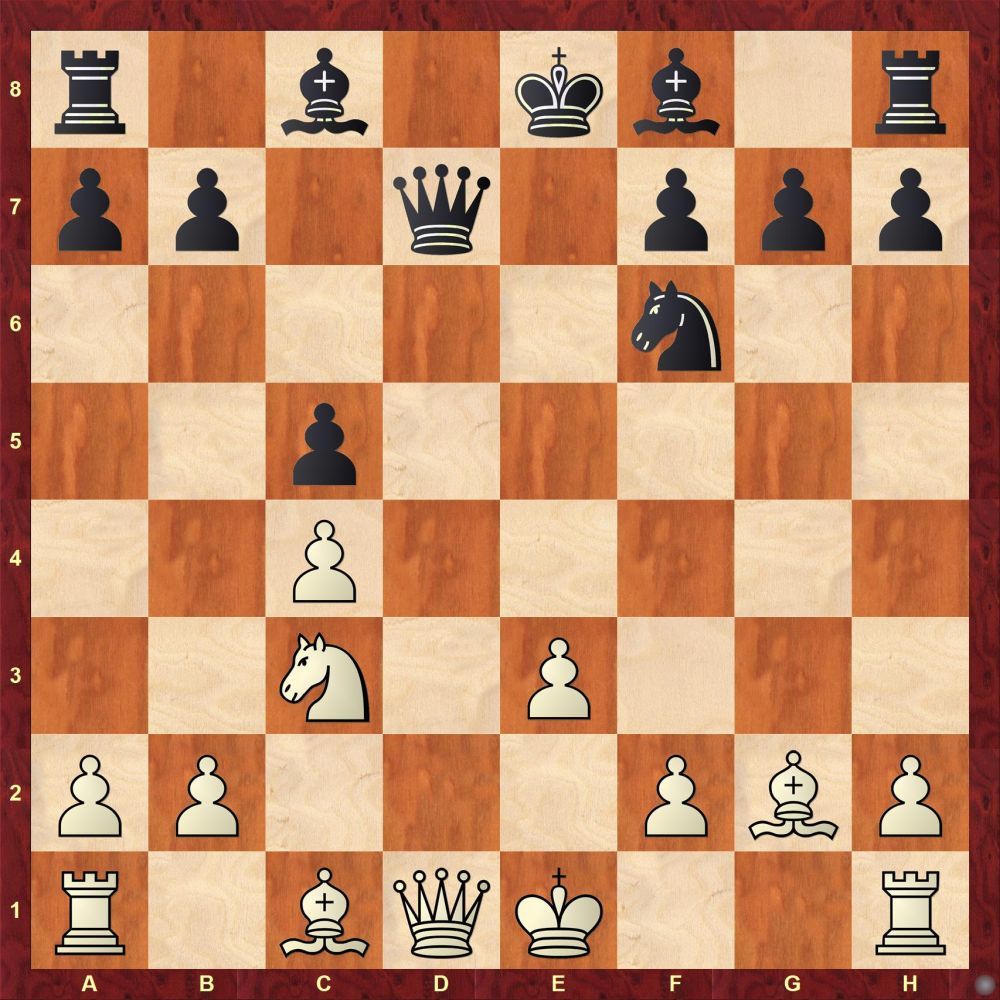 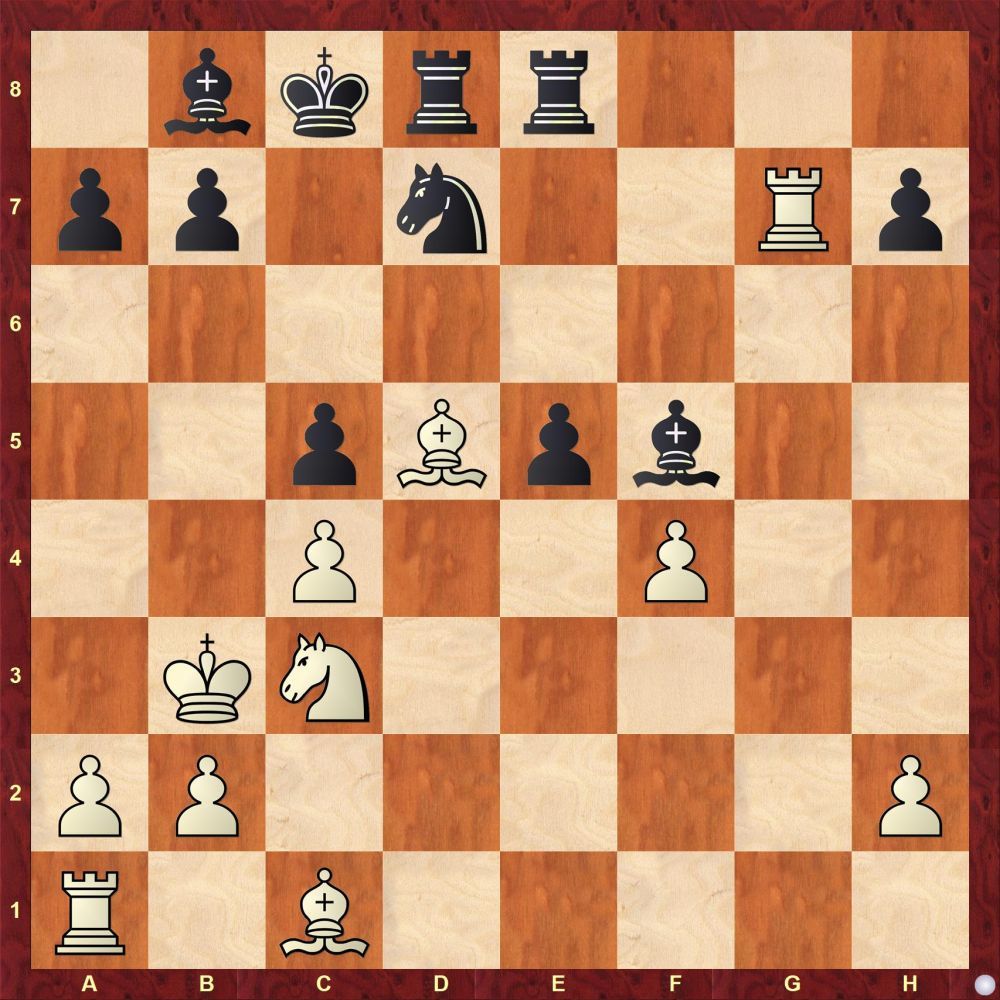 In a post game analysis, Anna chimed that Nana miscalculated and played 19.Bd2. What do you think she should have done instead? 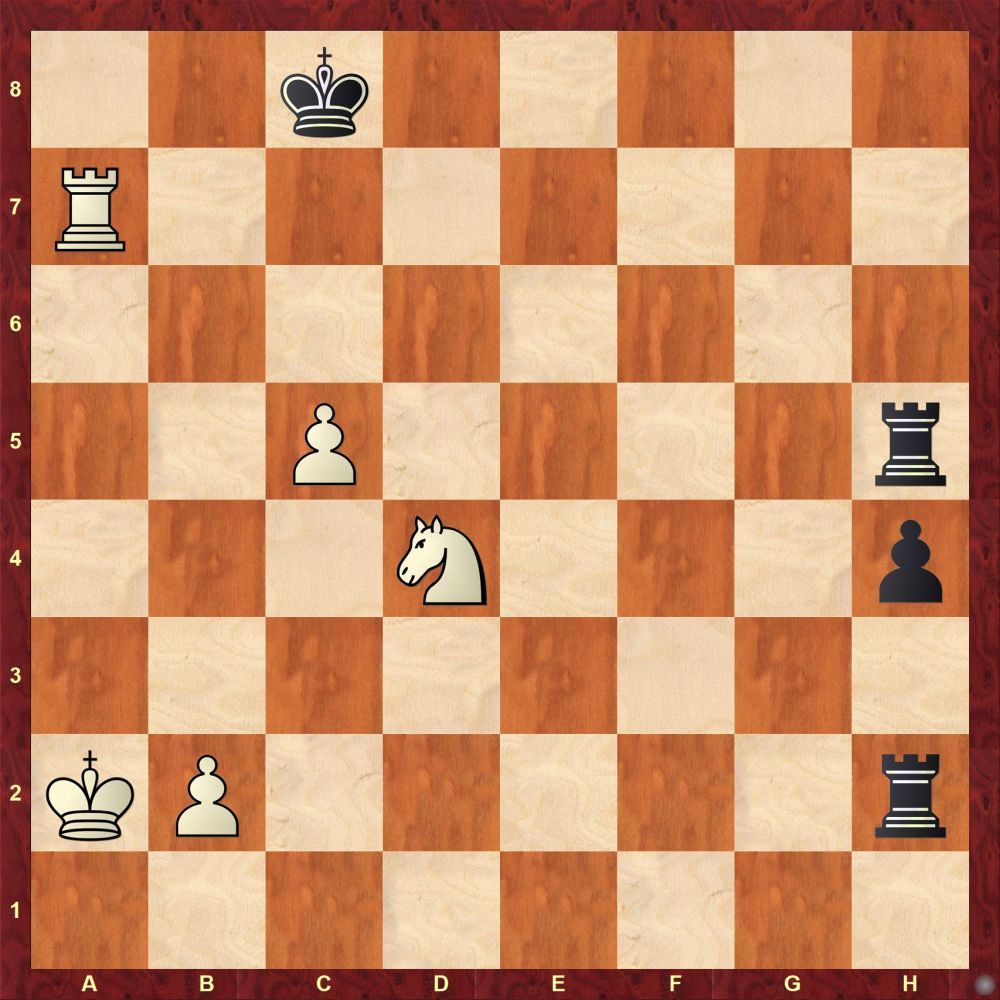 Black is winning here completely after 43...Rxc5. However there was a quicker way to win here. 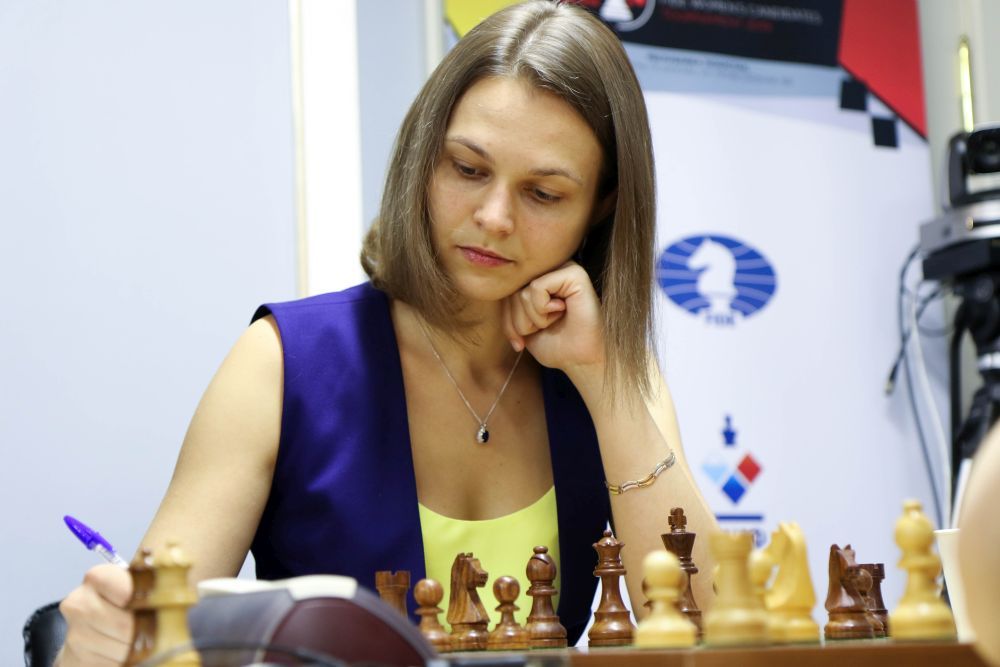 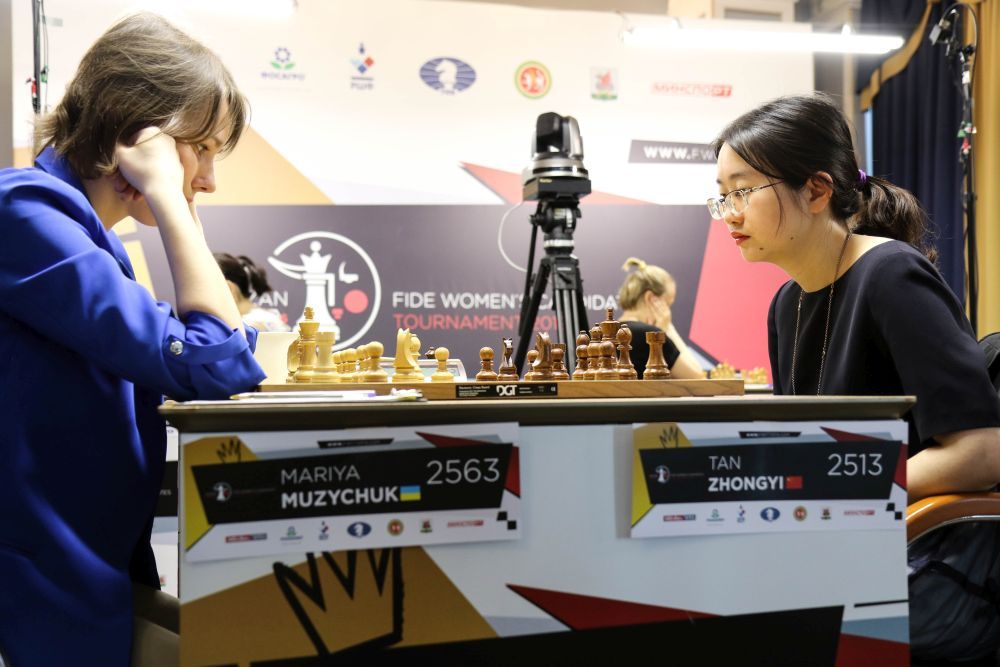 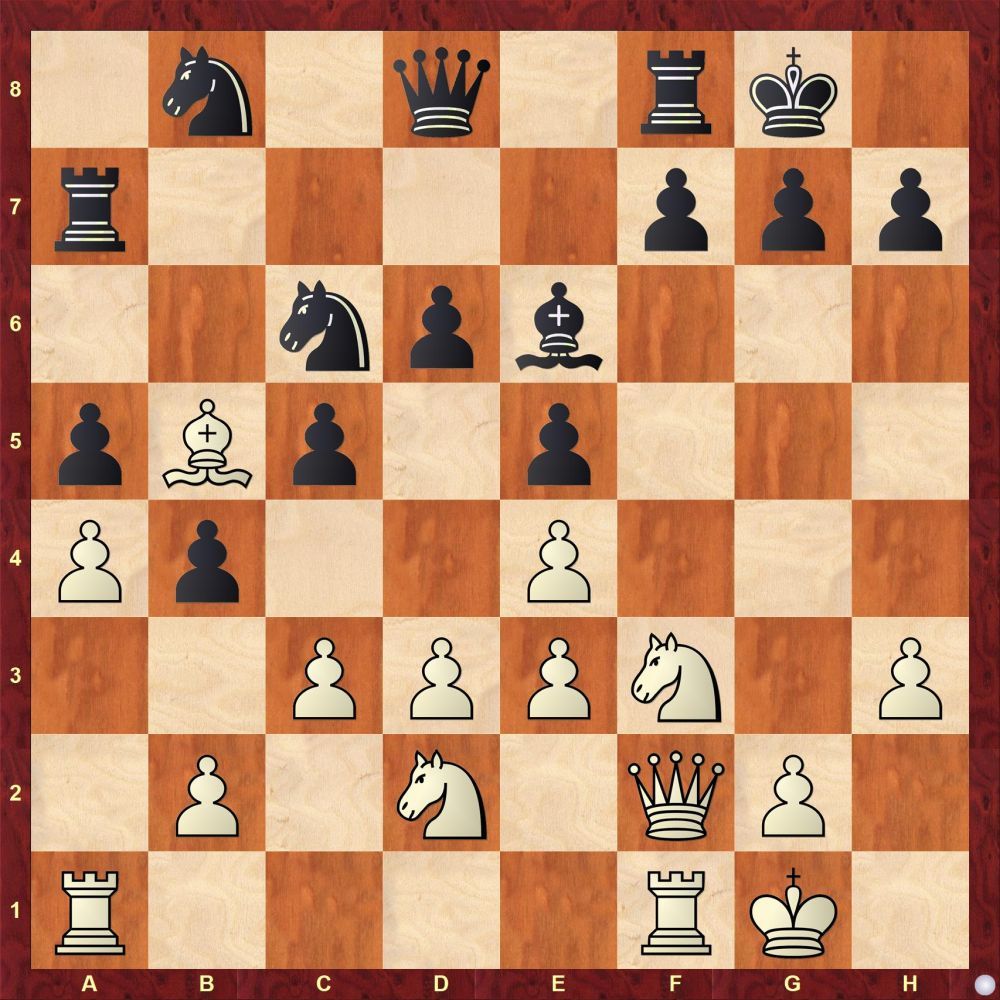 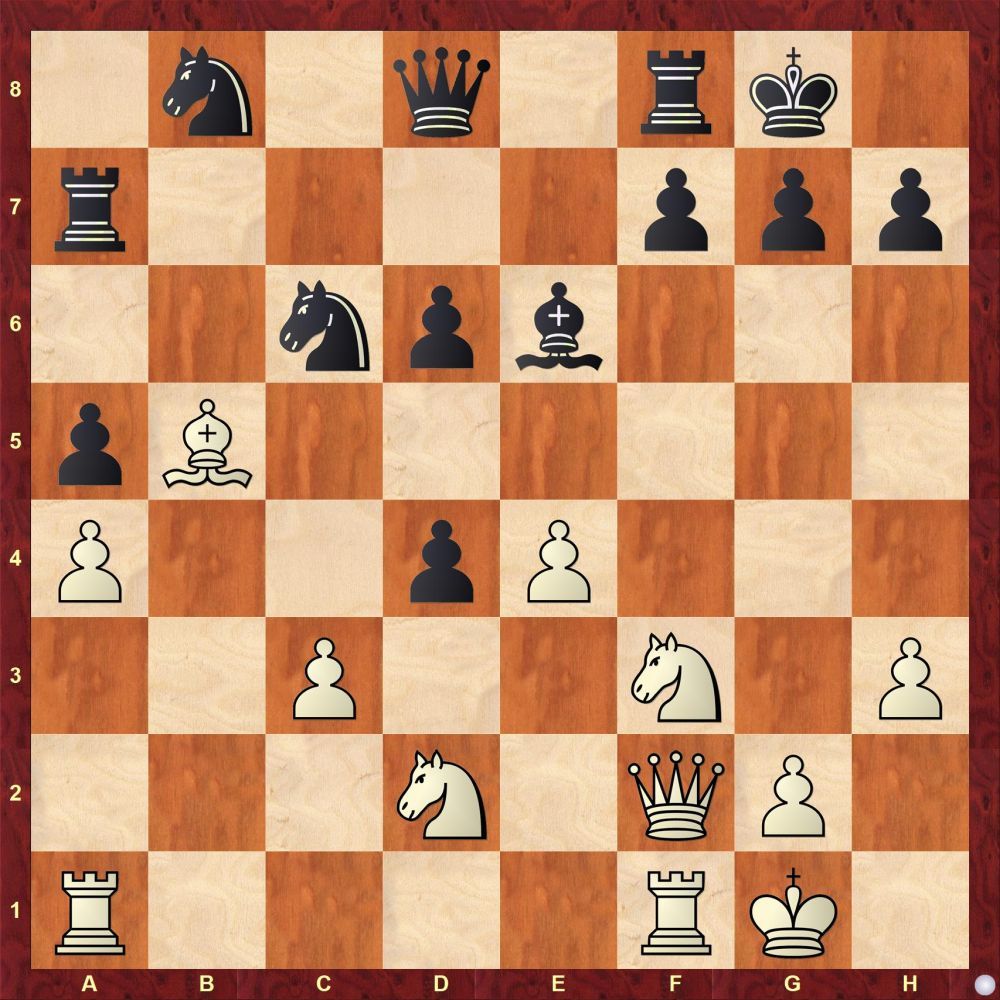 What is the right way to recapture here for White? 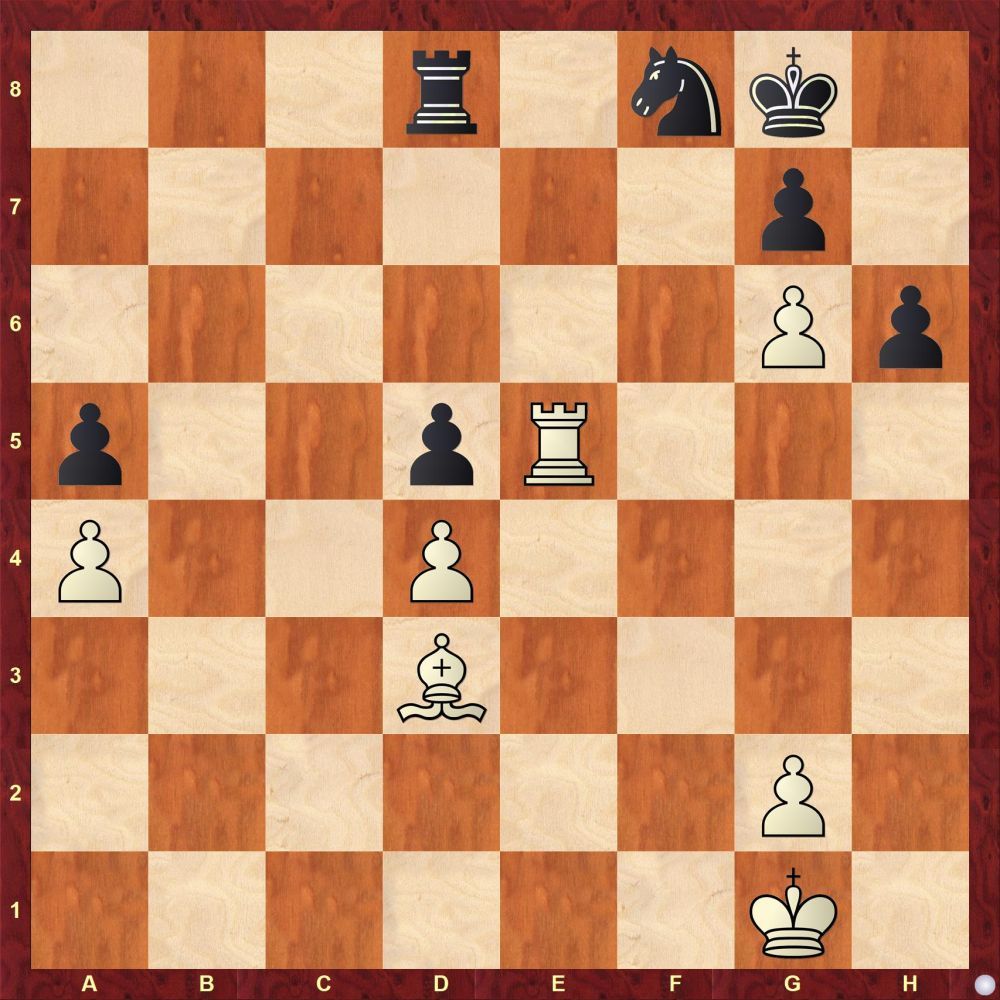 White is completely winning here, but what should be the winning plan? 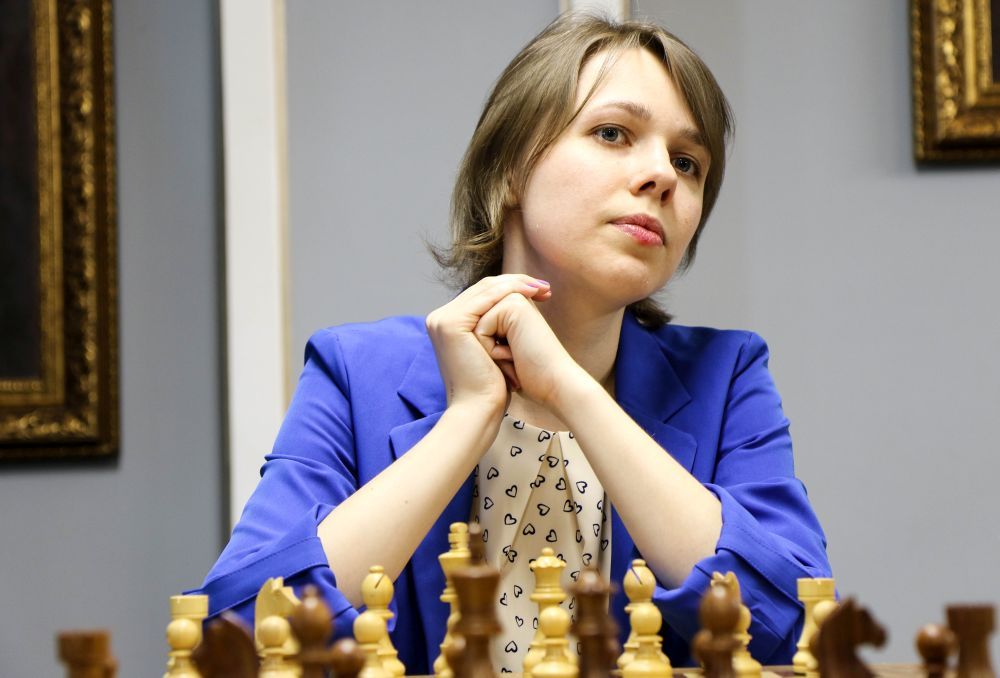 Mariya would be definitely happy to have 1.5-0.5 score Tan Zhongyi | Photo: Eteri Kublashvili