Women's Candidates: Goryachkina is a win away from winning the Candidates

Valentina Gunina wins a marathon game against Nana Dzagnidze, after Nana missed Gunina's terrible blunder in the middle game. Gunina fought for almost 6 hours and 106 moves before she secured the full point after suffering two consecutive losses. Kosteniuk self-destructed as early as move no.15 and it was all downhill from there. Tan had no difficulty converting her advantage to a win. Anna Muzychuk becomes the first woman who remains unscathed against Goryachkina in the tournament as she made another draw in their second encounter. Mariya kept pushing but Lagno did not budge and at the end they had to settle for a draw. Photo: Eteri Kublashvili 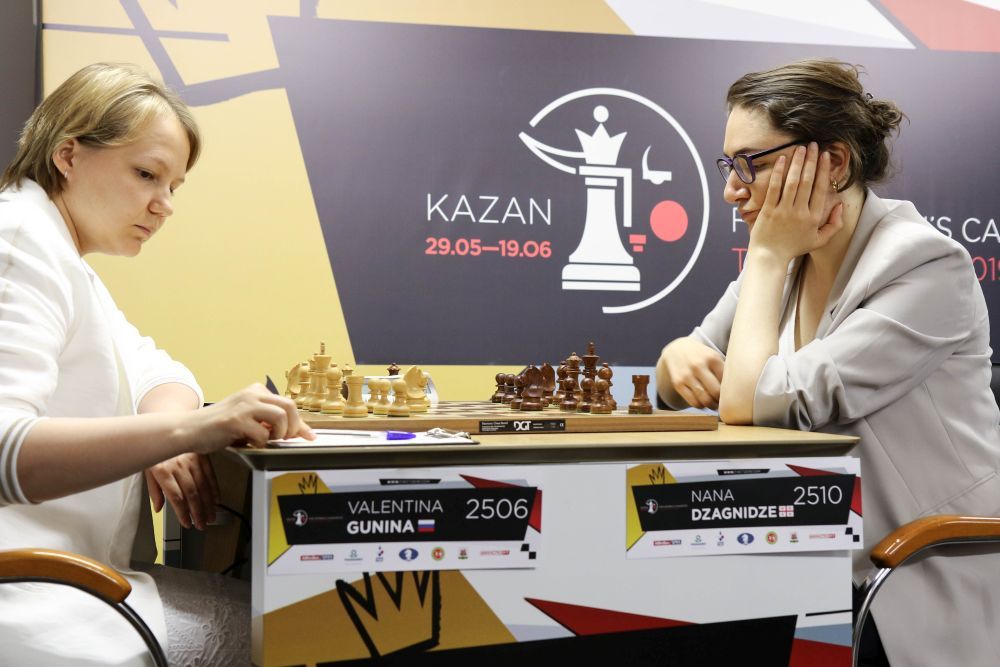 Gunina gets a win after suffering consecutive losses in the last two rounds | Photo: Eteri Kublashvili 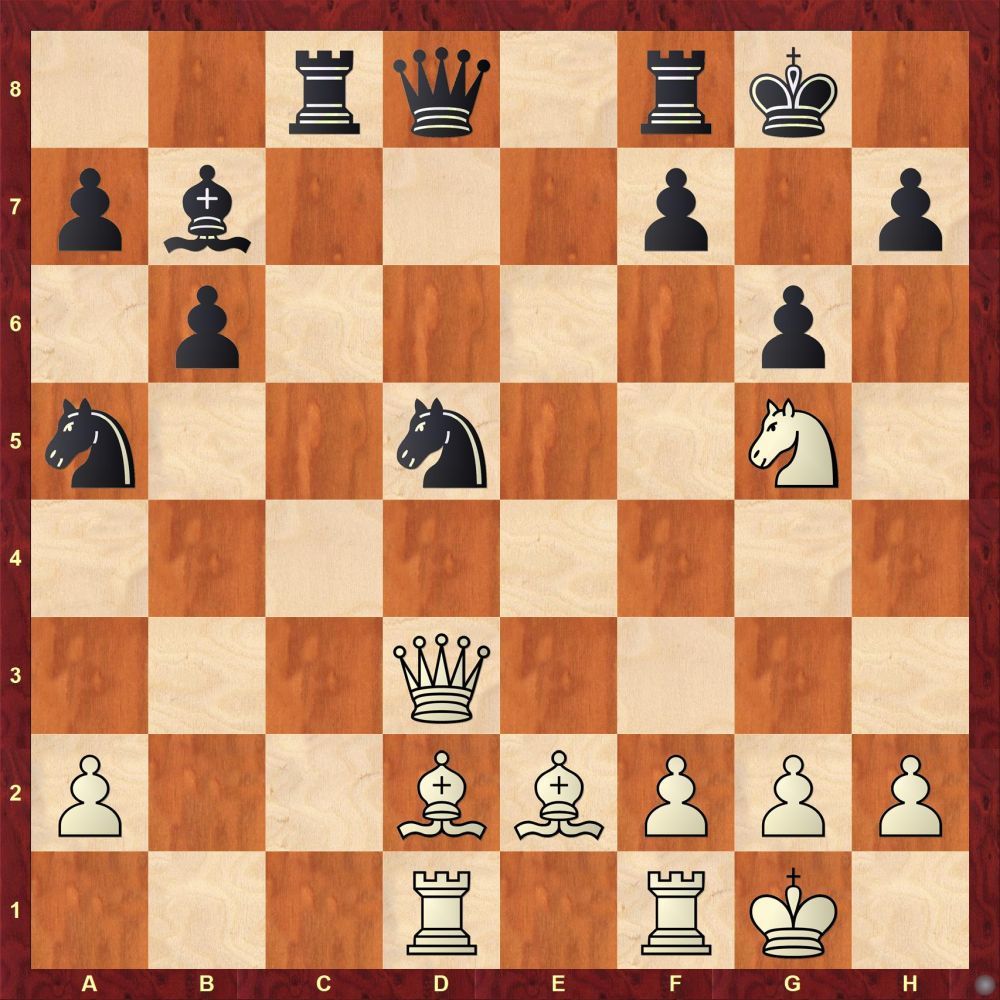 Gunina said that Nana found a beautiful move in this position. Can you find it? 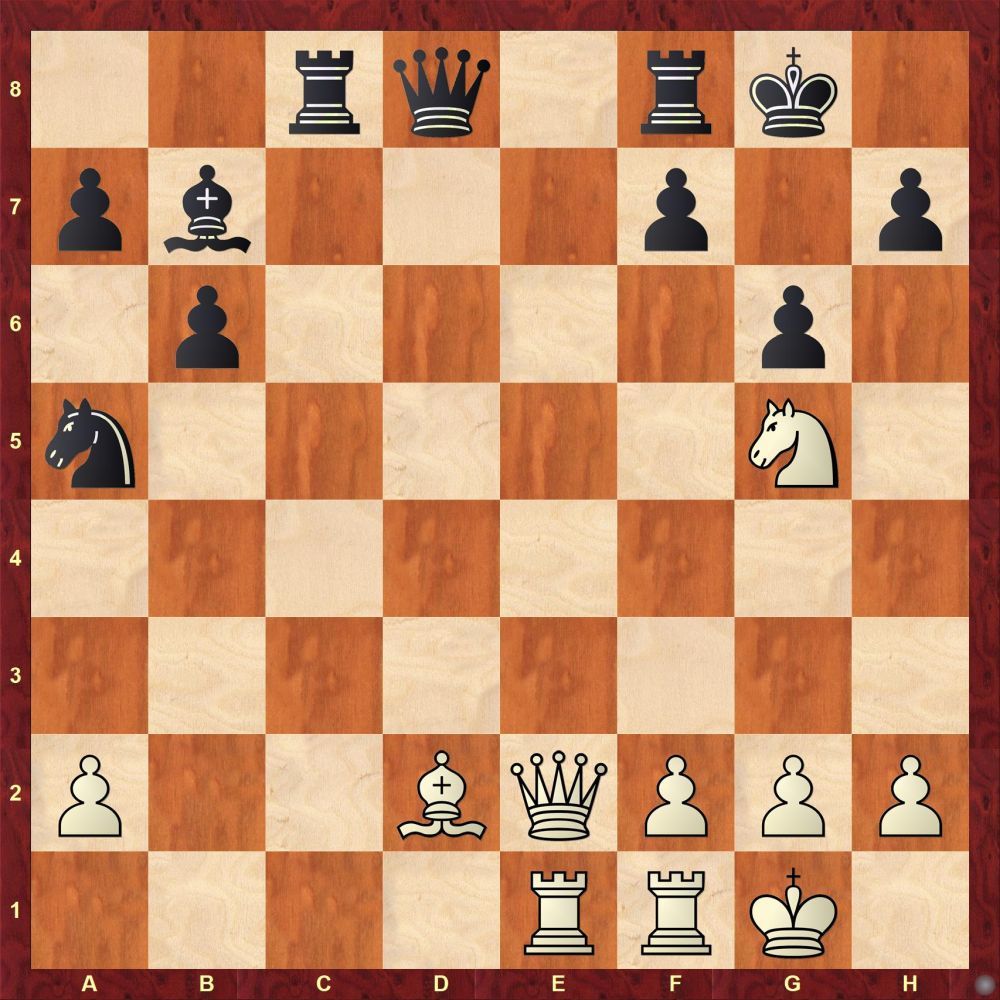 Gunina completely blundered here with 21.Qxe2. Can you find out the immediate win for Black here? 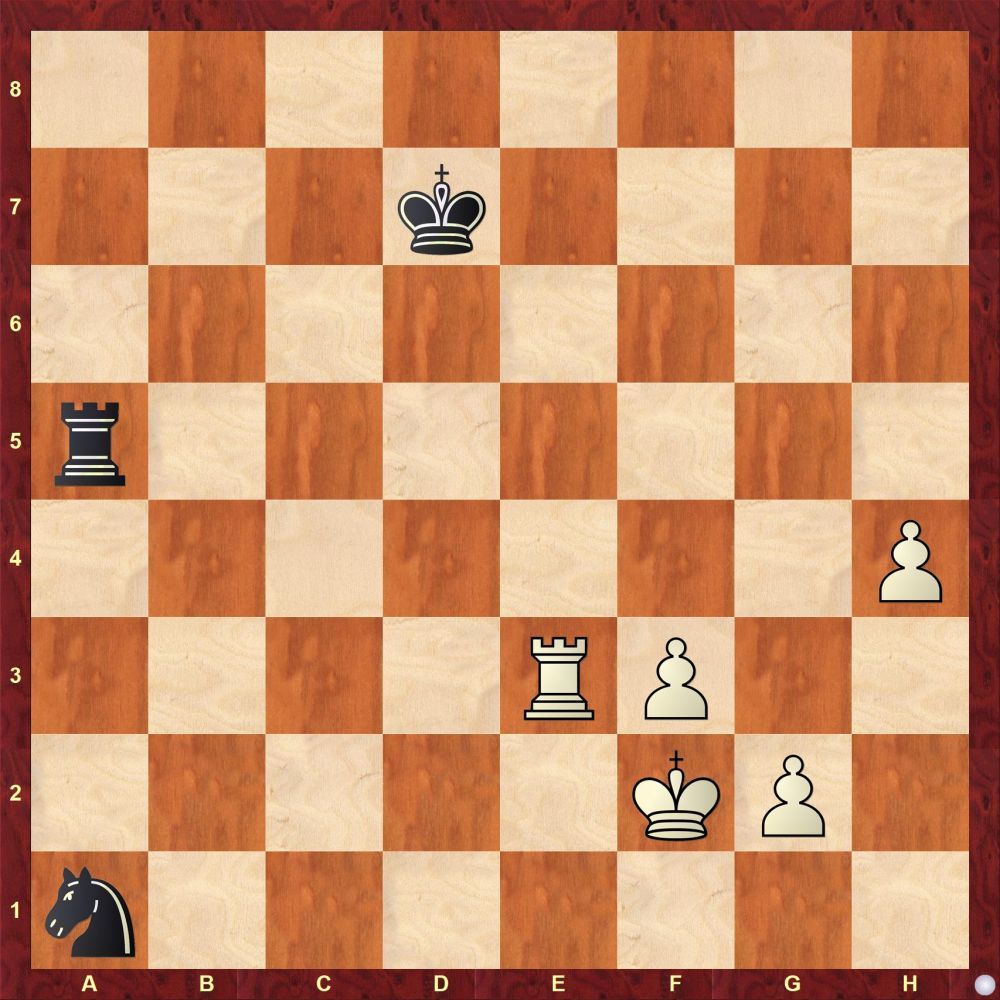 Do you think White can win this? If yes then find out how 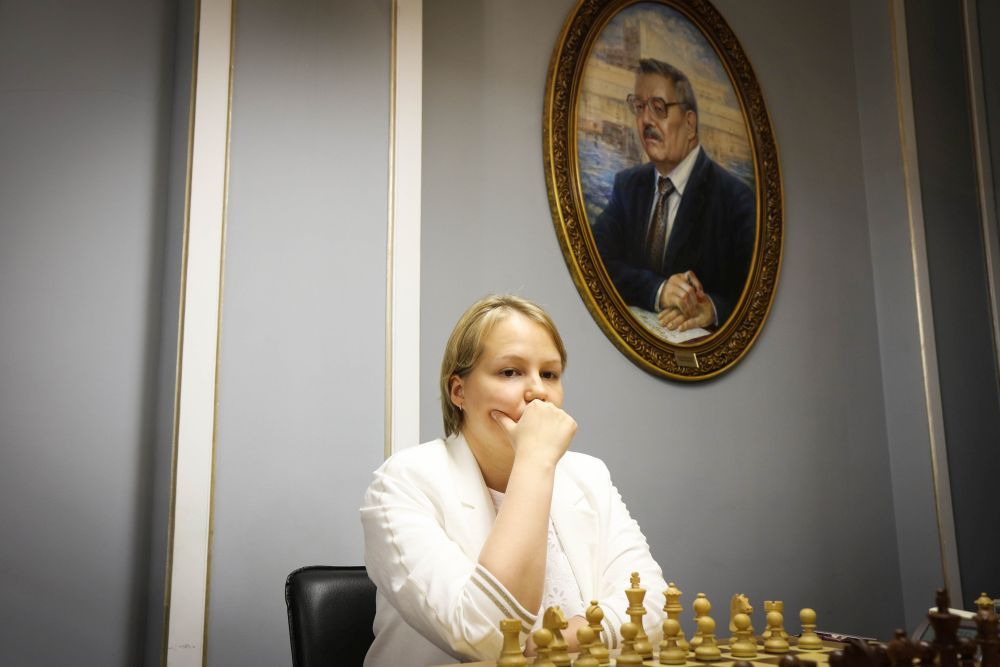 Gunina's woes are gone for now as she scored a victory after suffering two consecutive losses | Photo: Eteri Kublashvili
Gunina analyzes her game and talks about a lot of things | Video: FIDE Chess 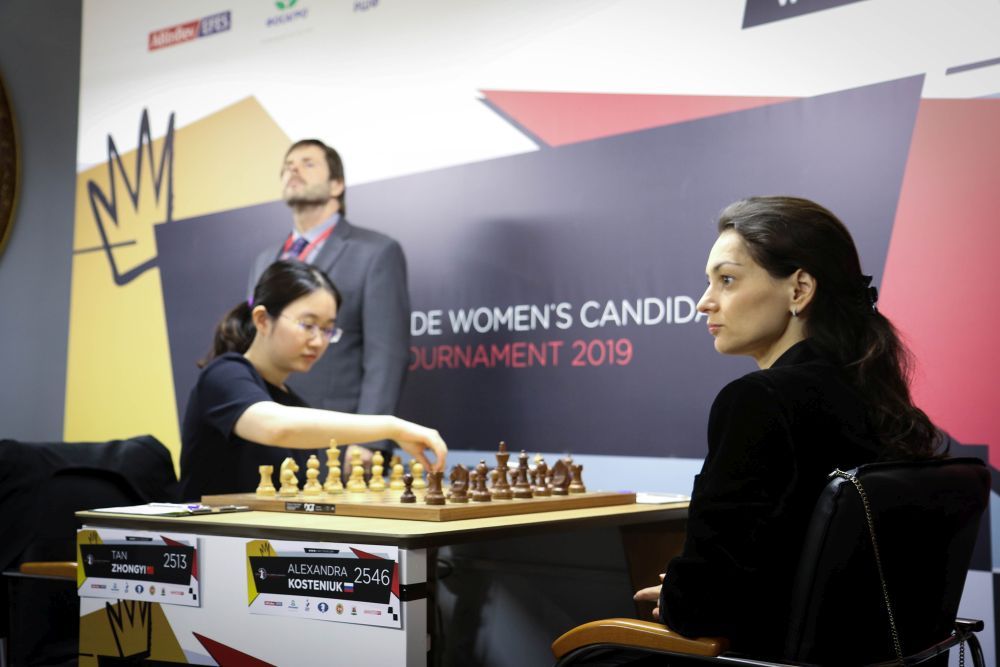 Kosteniuk self-destructed as early as in move no.15. After that it was just a matter of time before Tan Zhongyi scored a full point. 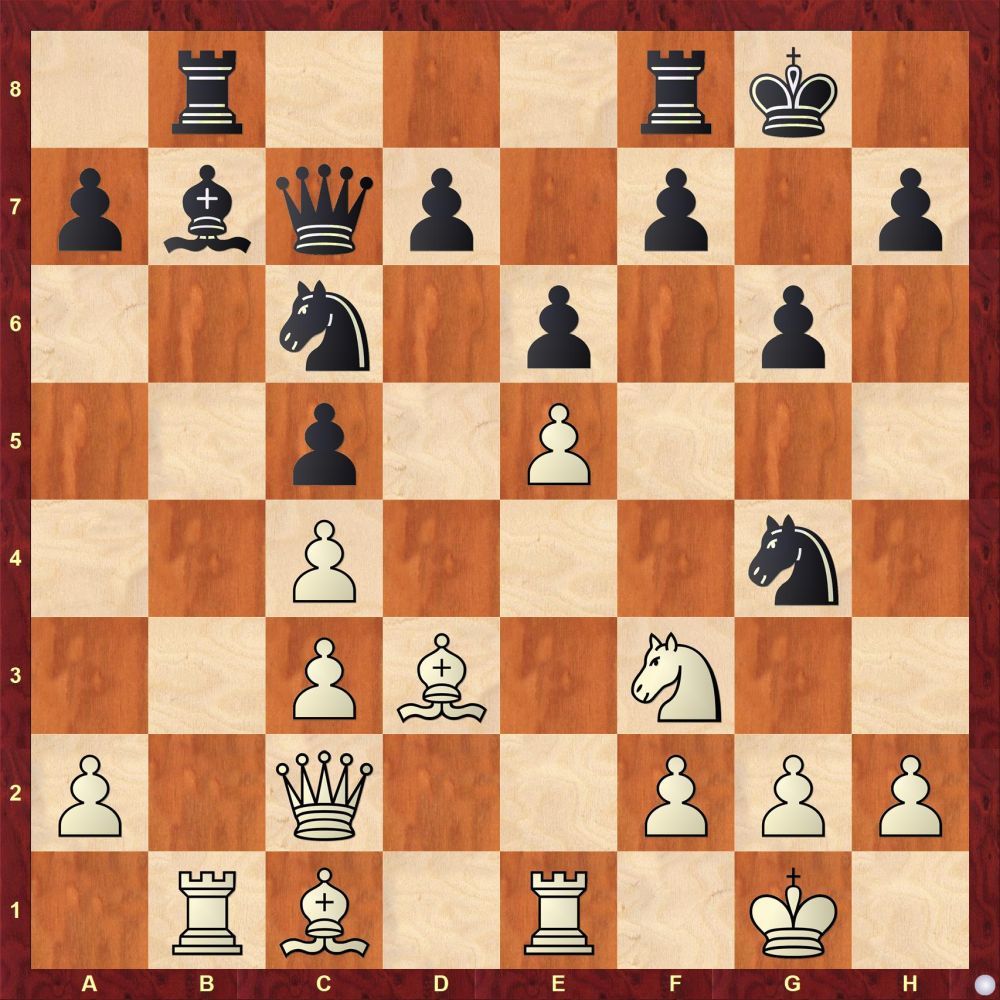 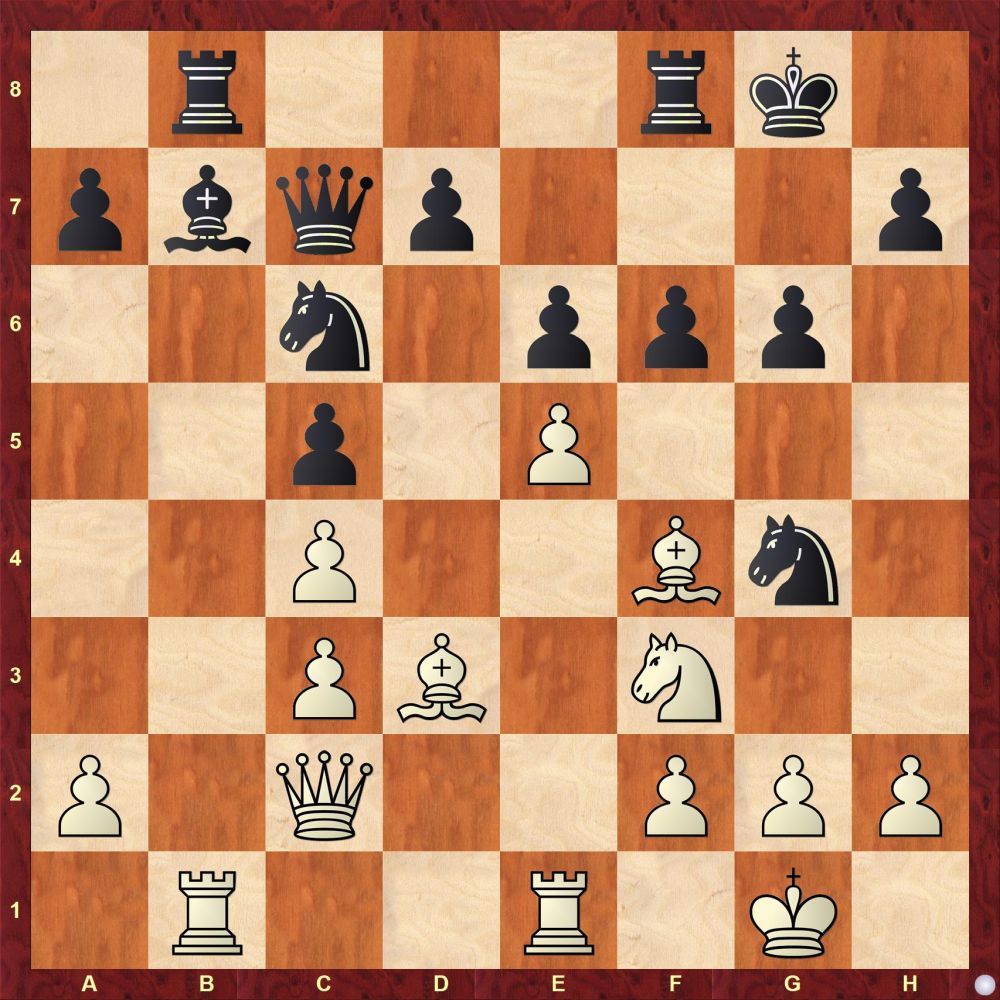 Her next mistake was in the following move 15...f6 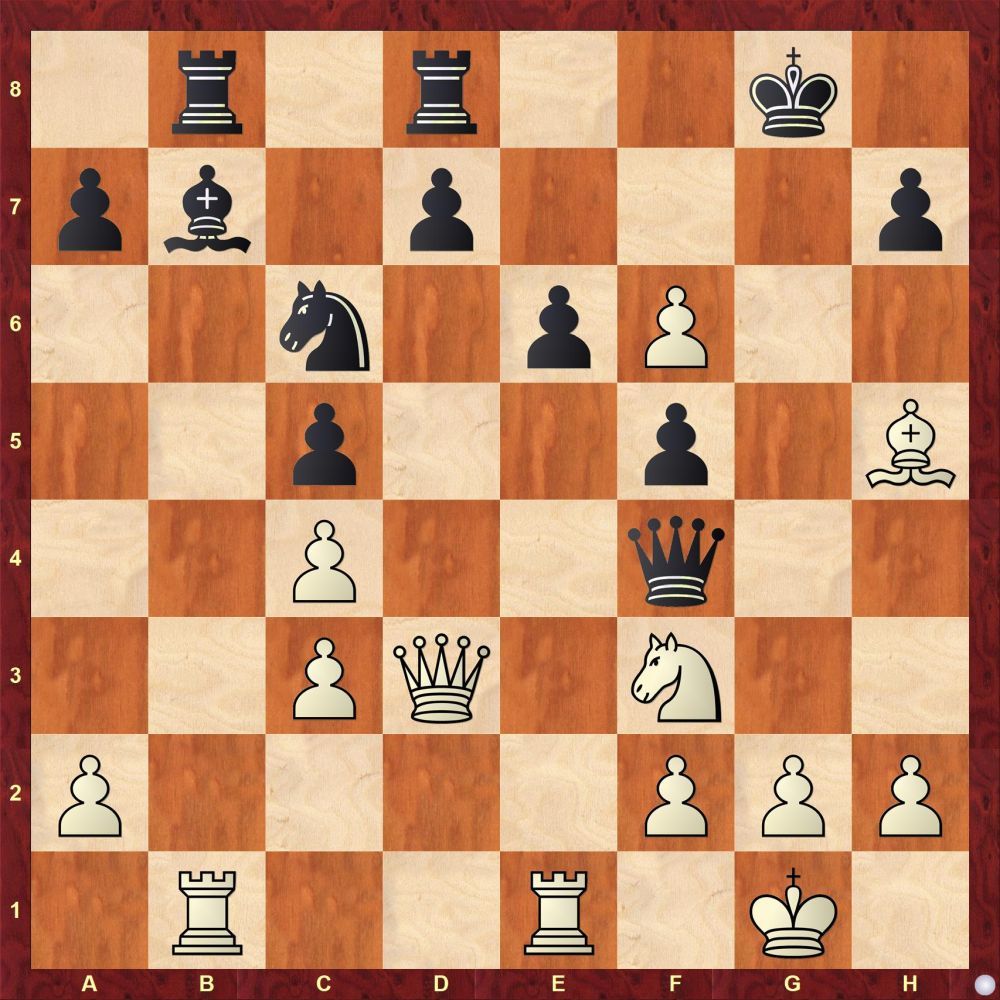 Kosteniuk's 19...Rfd8 allows White to play a pretty move. Find out what that is. 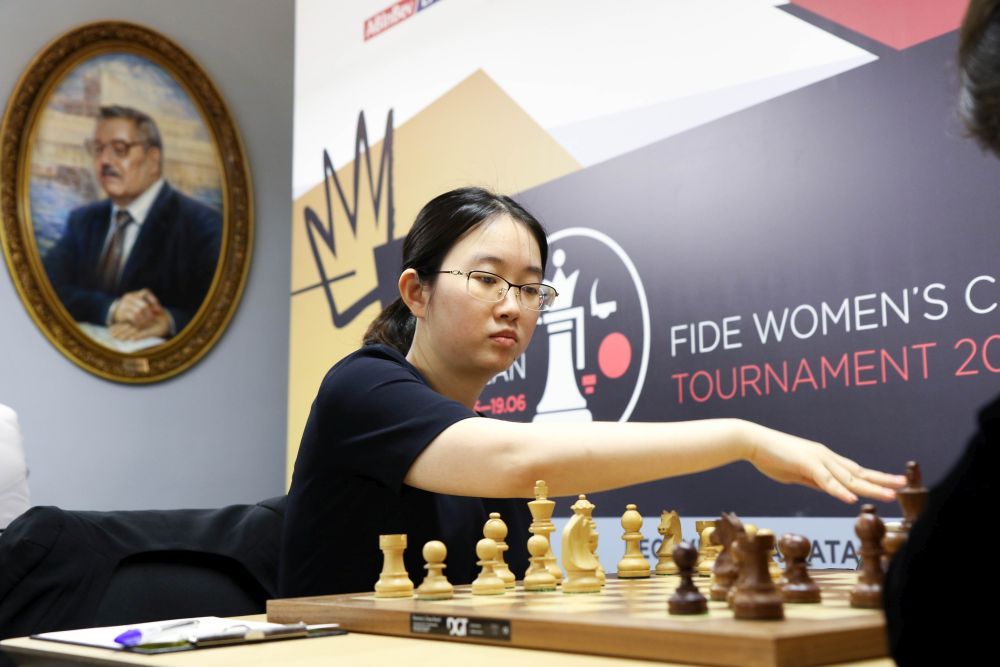 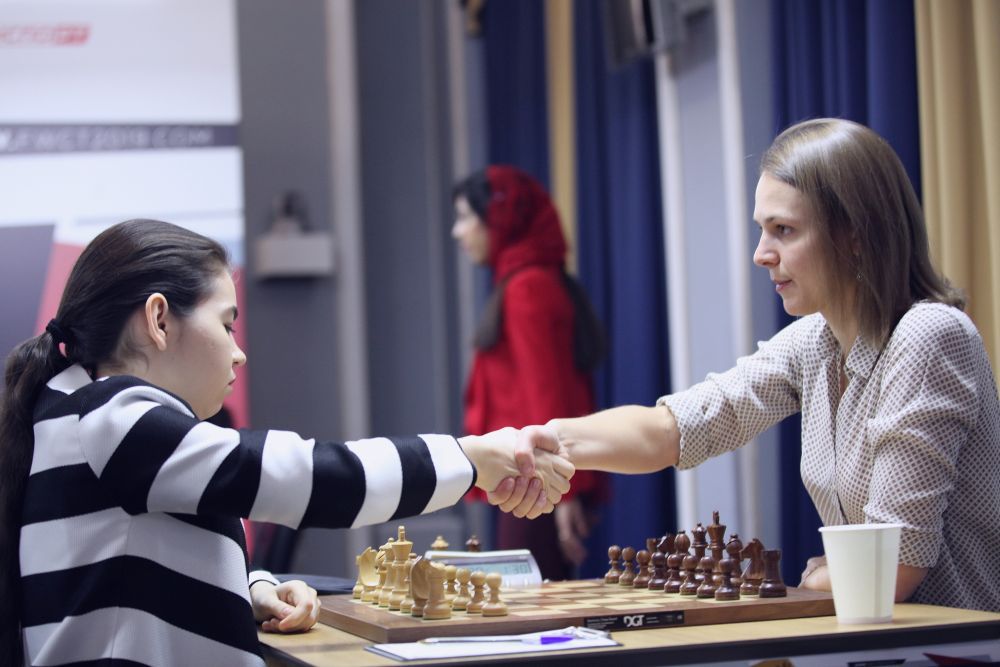 Anna becomes the first woman who remains unbeaten against Goryachkina in the tournament | Photo: Anastasiya Karlovich

Goryachkina tried to surprise Anna as early as 7.Qa4 which made Anna think for almost 8 minutes. However, neither side were ever in trouble. The game reached to an endgame where all four minor pieces were present and moves were repeated to make a draw at the conclusion of 30th move. 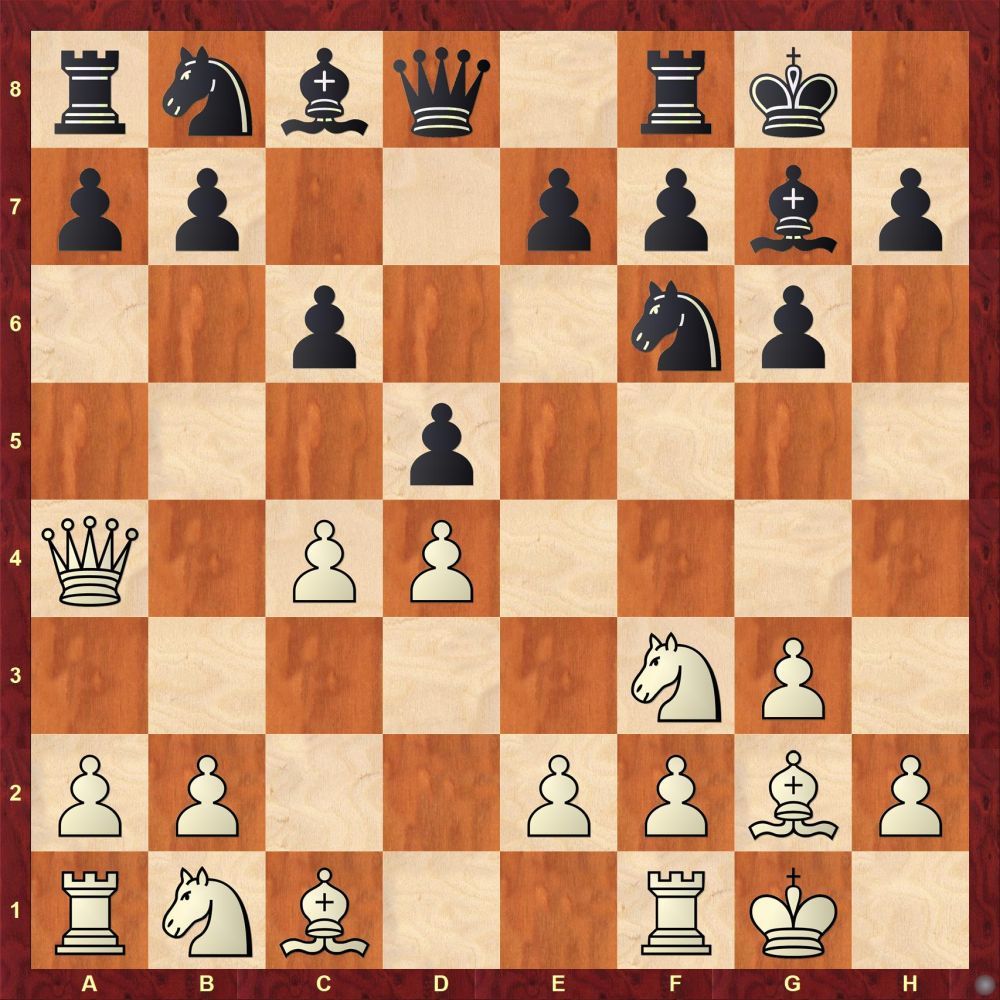 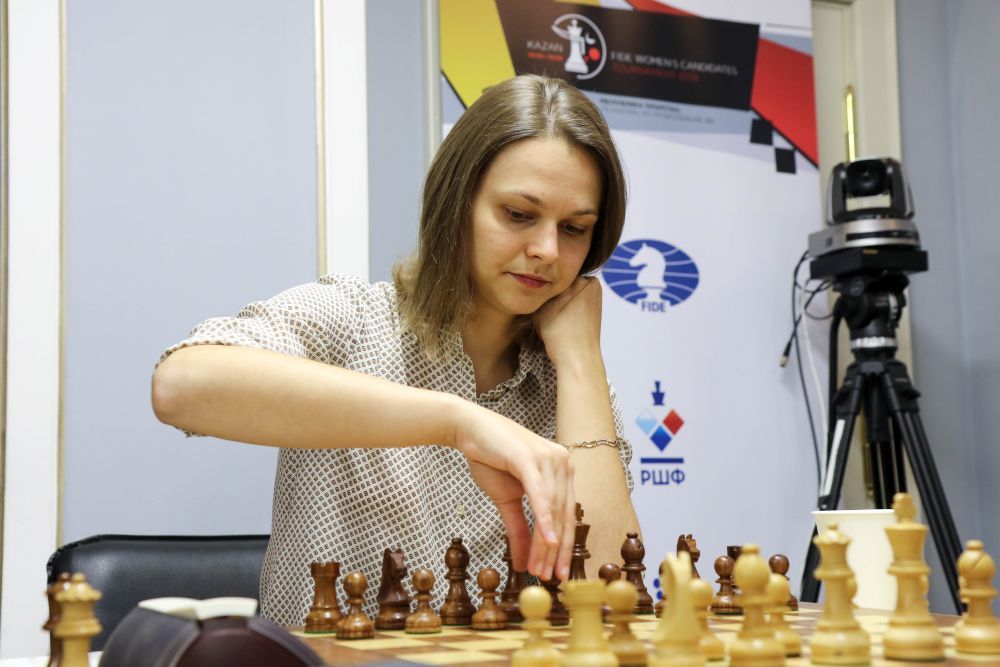 Anna remains the only so far who did not get annihilated by Goryachkina in the Candidates | Photo: Eteri Kublashvili
Post-match interview with Anna (Russian audio) | Video: FIDE Chess 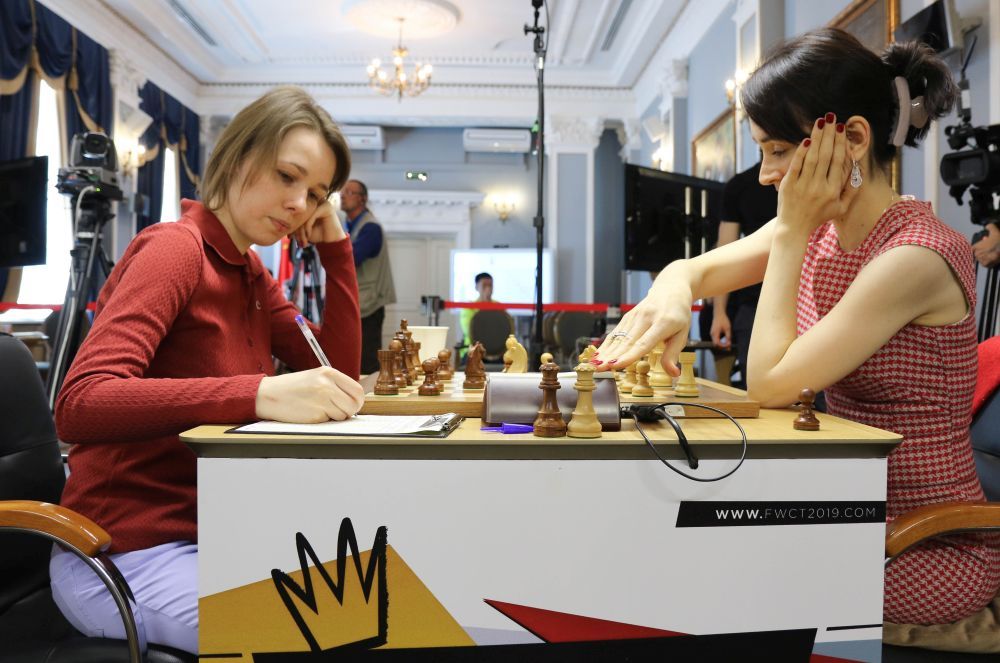 Goryachkina leads after round 11 with a score of 8.5/11 | Photo: Official site