GM Leon Luke Mendonca won all three Vezerkepzo tournaments he played this year. He won four consecutive over-the-board tournaments so far, starting with a victory at 2nd Kumania GM. He scored a massive 23.5/27 in April and became unbeaten champion in all of them. He finished a half point ahead of the competition in the first event, 1.5 points in ahead in the second and a whopping 2.0 points ahead in the third event. He is now at a 42 game unbeaten streak. All these are over-the-board tournament statistics. He also took part in the Julius Baer Challengers Chess Tour for Team Kramnik and finished ninth. Photo: Lennart Ootes/Sunway Sitges Open

Leon is on a four tournament winning streak

Brand Ambassador of Geno and Microsense GM Leon Luke Mendonca won four consecutive tournaments since March including three wins in April. He won First Saturday IM April 2021 with an unbeaten 7.5/9 on 13th April, then he won 2nd Vezerkepzo IM with another unbeaten performance of 8.0/9 on 22nd April and the last tournament of the month was Vezerkepzo IM April 2021 which he also won with the same score as the previous event 8.0/9 and remained undefeated. He also played Julius Baer Challengers Chess Tour. In total he played 45 tournament games and remained undefeated for the entire month in over-the-board tournaments. 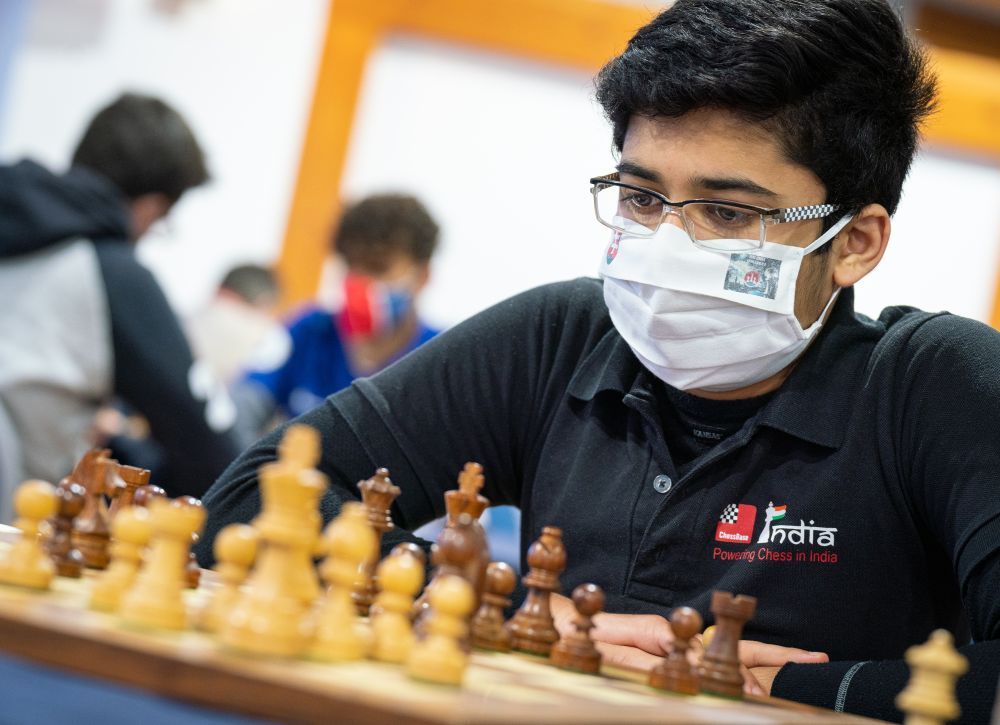 Leon launched fantastic attack against WFM Zsoka Gaal in Round 3. 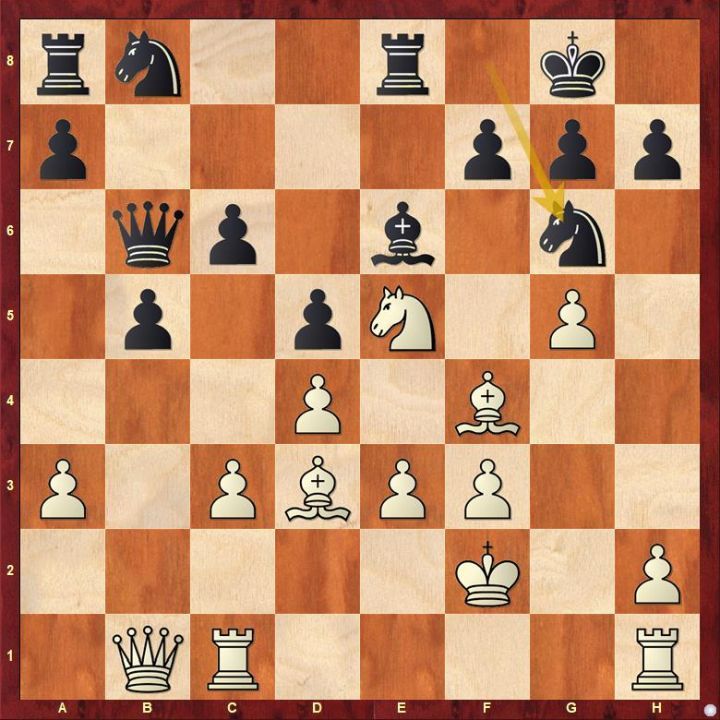 White has a huge advantage here. What should be the correct plan after 19...Ng6 ?

Leon won seven straight games before making two draws. He scored a clinical victory against FM Elliott Papadiamandis in Round 3. 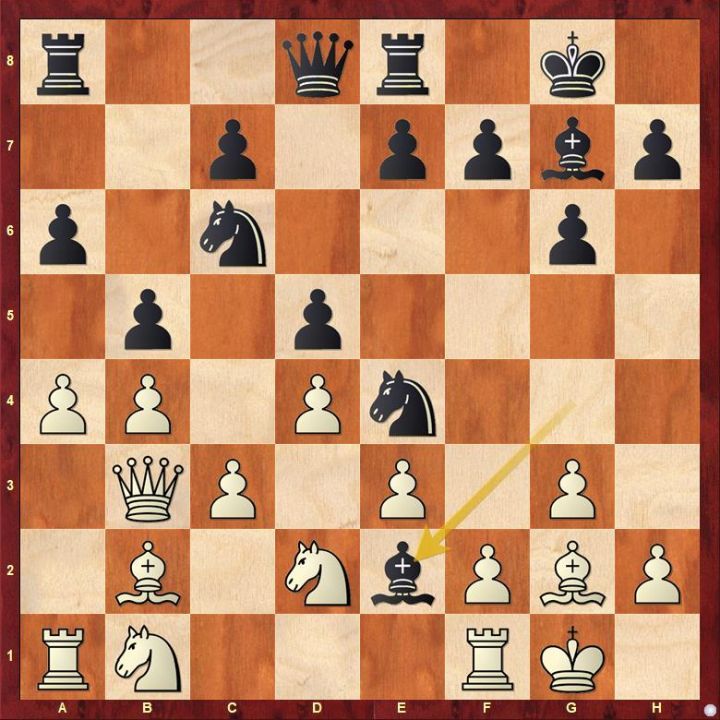 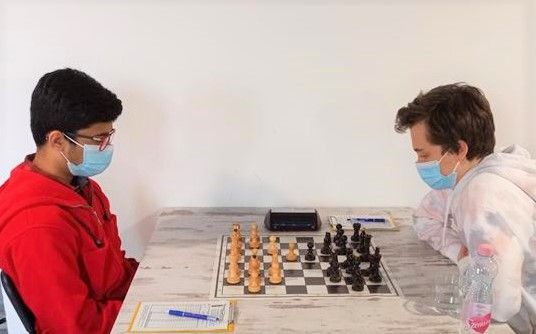 After starting the tournament with two draws, Leon won the remaining seven games and finished first with 8.0/9. Leon sacrificed his queen to score a brilliant victory in the fifth round against Jan Brhel. 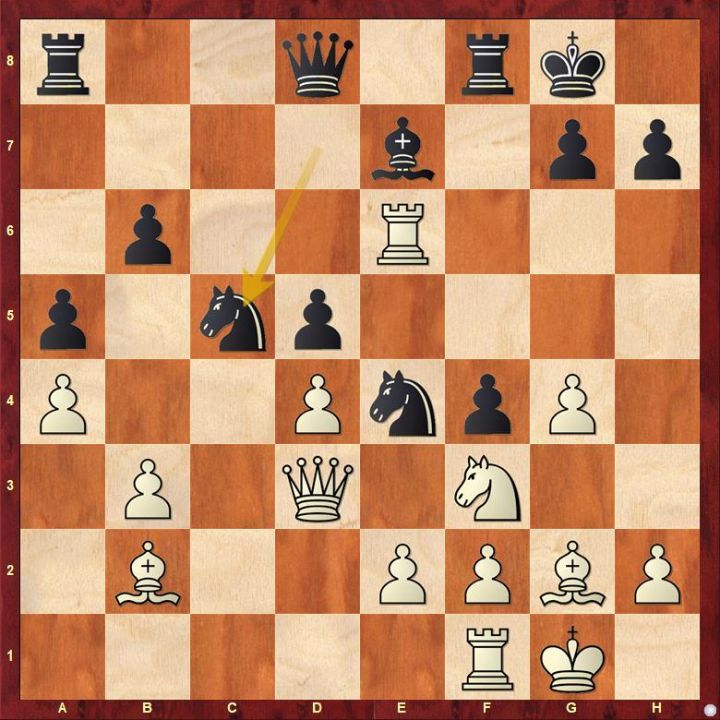 Find out the winning continuation for white after 22...Ndc5. 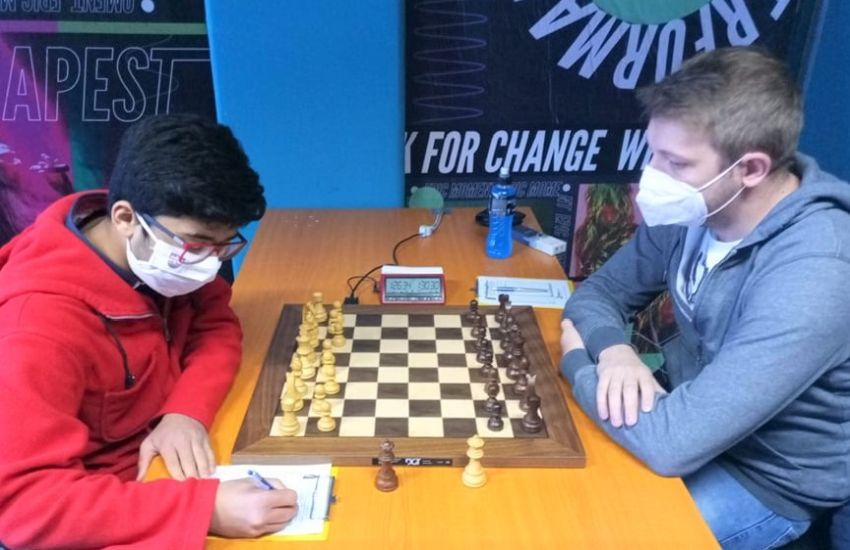 Leon scored his first win of the tournament against Stanislav Starek | Photo: IA Tamas Gyomber
Leon once again scored an unbeaten 8.0/9 to win the event