Dhruv Dak and Dakshita Kumawat wins ARCA State under-19 FIDE Rated in boys and girls category respectively. Dhruv scored an unbeaten 7.5/8 and finished a full point ahead to win the tournament, while Dakshita scored 6.0/8 to win the girls section. Arun Kataria and Aditya Kumawat scored 6.5/8 and they were placed second and third according to their tie-break score. Akshita Jain also scored 6.0/8 but due to a lower tie-break score, she had to settle for second place among the girls while Anisha Jain secured third position with a score of 5.5/8. Photo: Vikas Sahu

All prize winners in one frame | Photo: Vikas Sahu 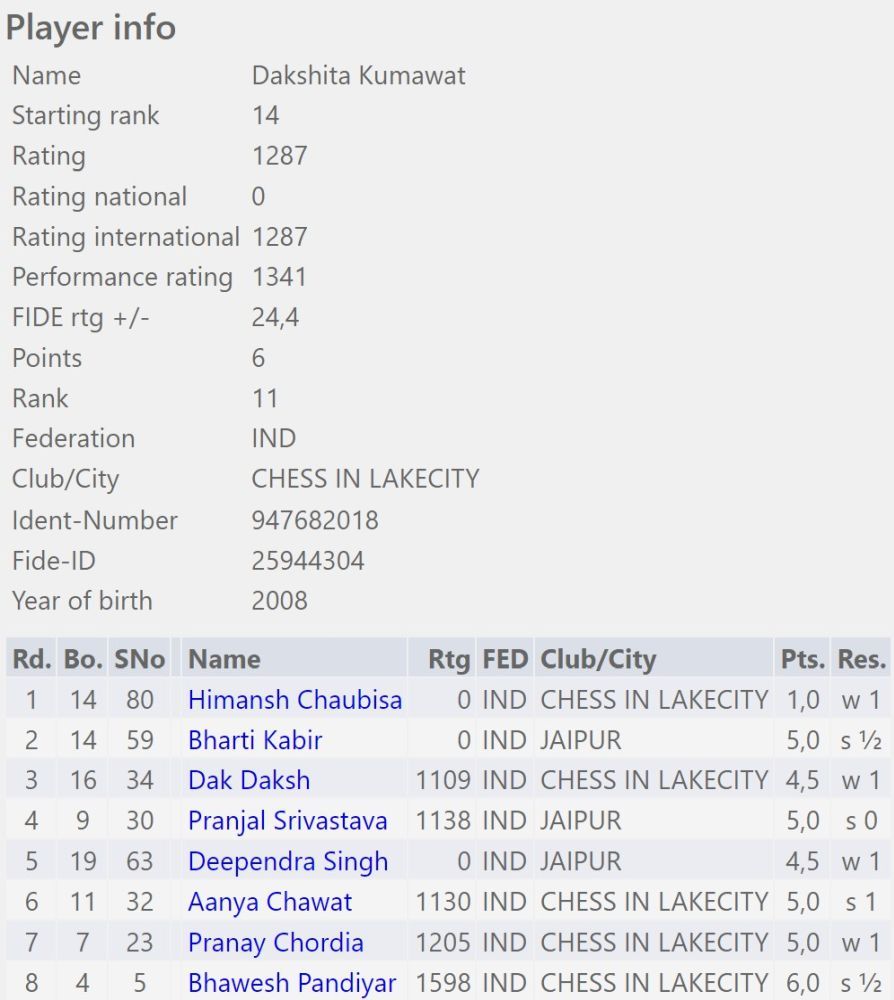 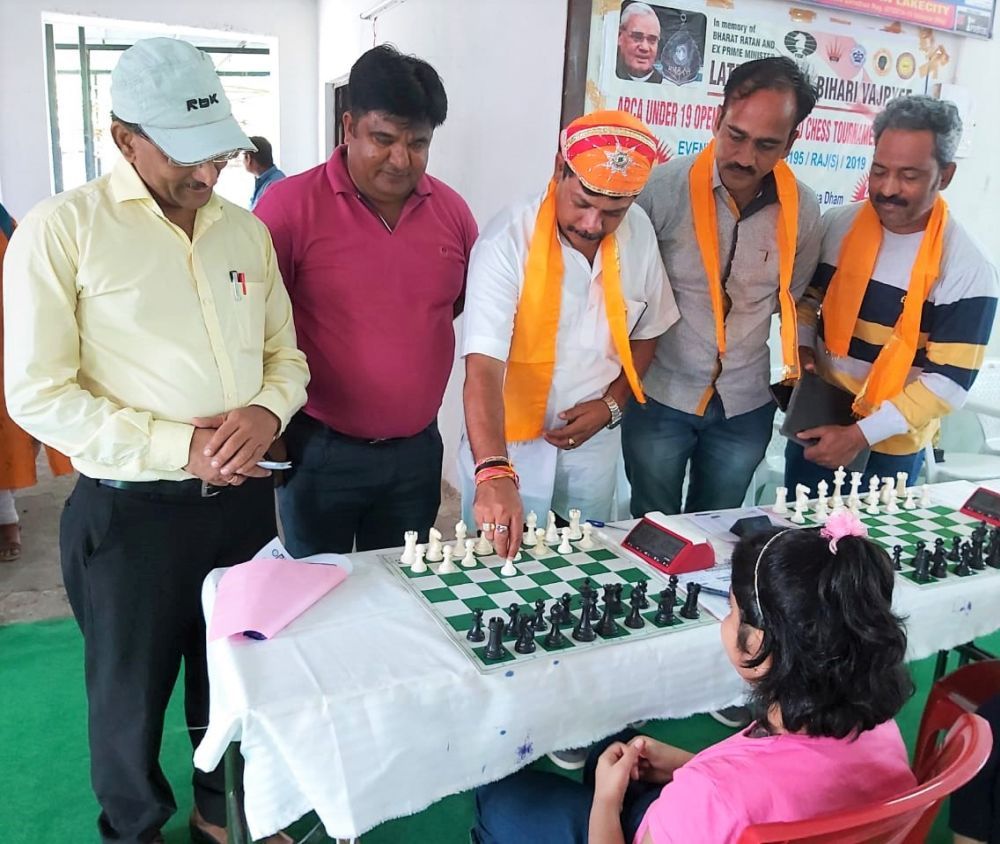 Inaugural move is being made | Photo: Vikas Sahu 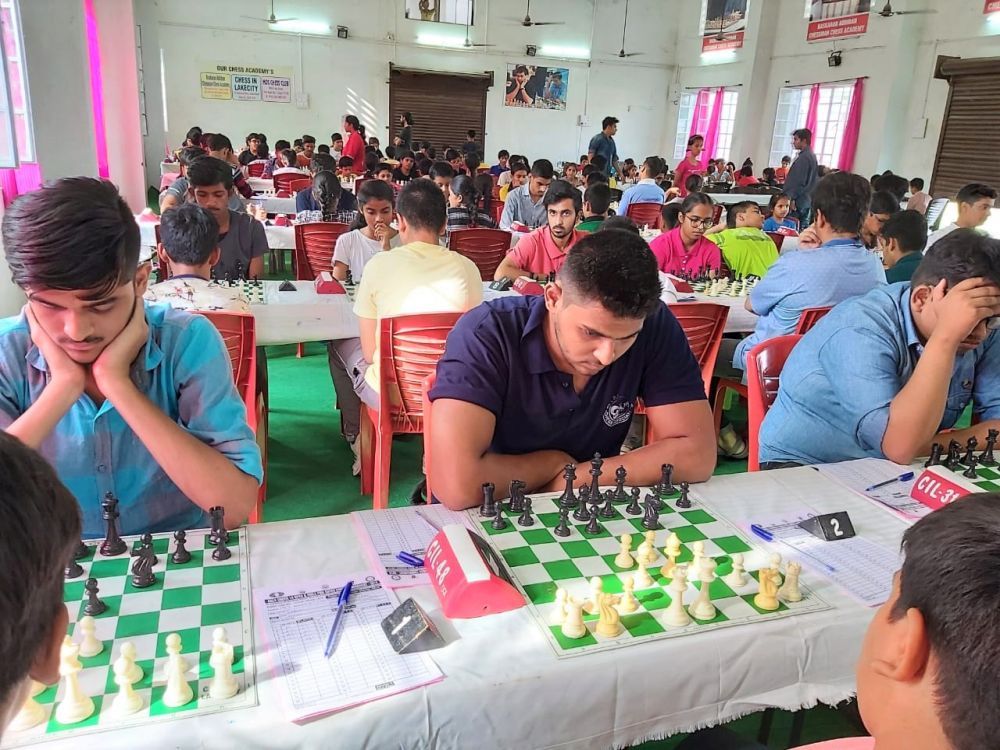 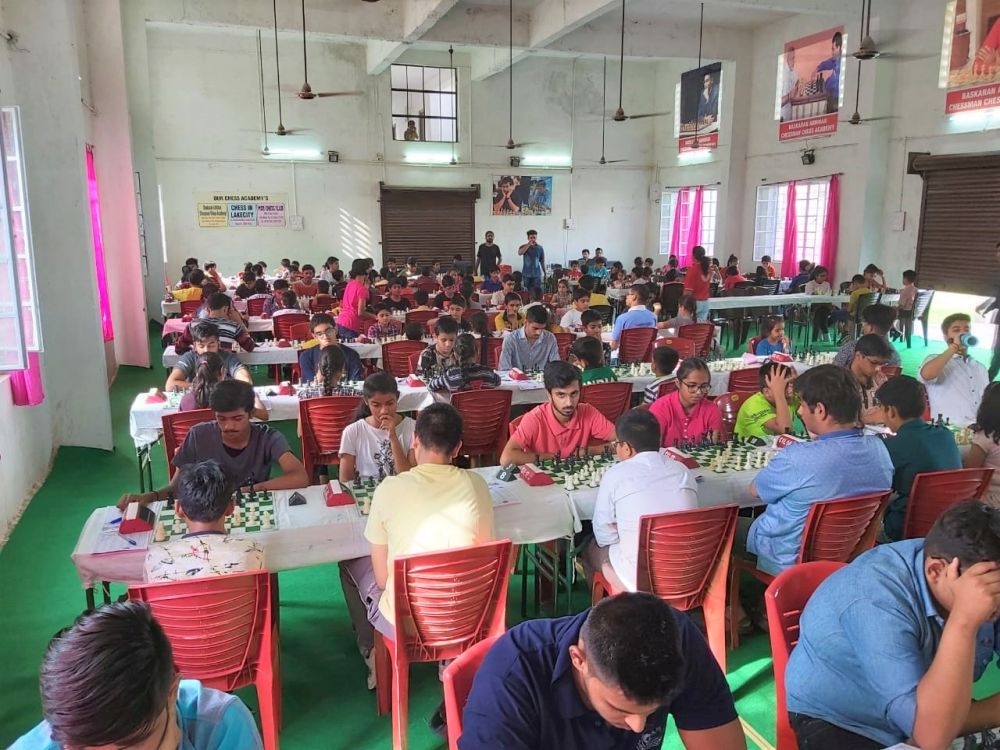 Total 139 players from eight different districts across the state of Rajasthan participated in this three-day eight-round Swiss League rating tournament where ₹121111 worth of prize fund was distributed among the prize winners. The tournament took place at Maa Karma Sahu Dham in Udaipur, Rajasthan from 23rd - 25th August 2019