16-year-old Harshit Singh and GM Himanshu Sharma scored a perfect 6/6 each. The teenager from Uttar Pradesh, Harshit won VKV Rating Open 2023 due to better tie-breaks, the top seed was placed second. Ten players scored 5/6 each. Out of them, Sunny Bedi secured the third place overall. Sahil Bheron was awarded third prize in the Open category. Total prize fund of the tournament was ₹200000. The top three prizes were ₹20000, ₹15000 and ₹10000 along with a trophy each. Generally we see a classical rating tournament to have anything between eight and eleven rounds. However, we see a unique event comprising six rounds, organized by Vivekananda Kendra Vidyalaya, Rishabhdev, Udaipur, Rajasthan. Photo: FA NI Neelesh Kumawat

Three players were at 5/5 each heading into the final round. GM Himanshu Sharma and Harshit Singh defeated Sunny Bedi and Atul Hingad respectively in the sixth round. Harshit won the tournament due to better tie-breaks. This is also Harshit's first Open tournament victory along with his first Rating tournament first place finish. 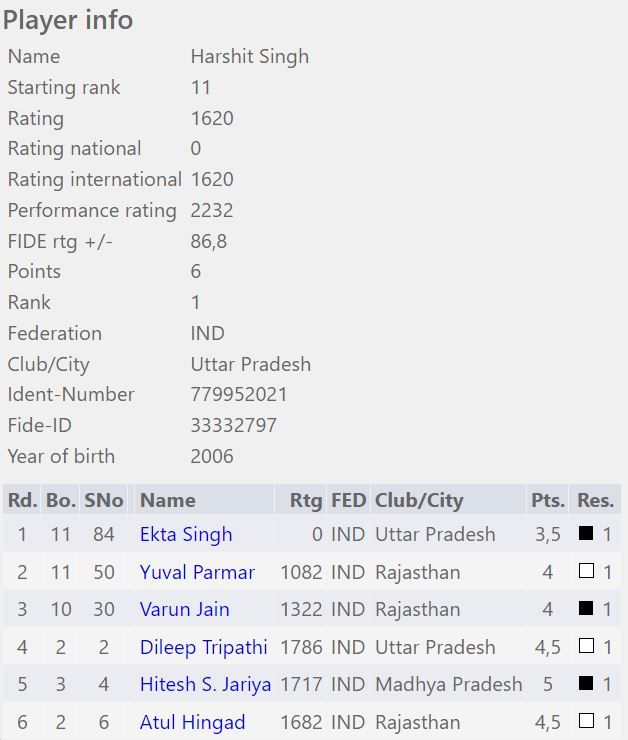 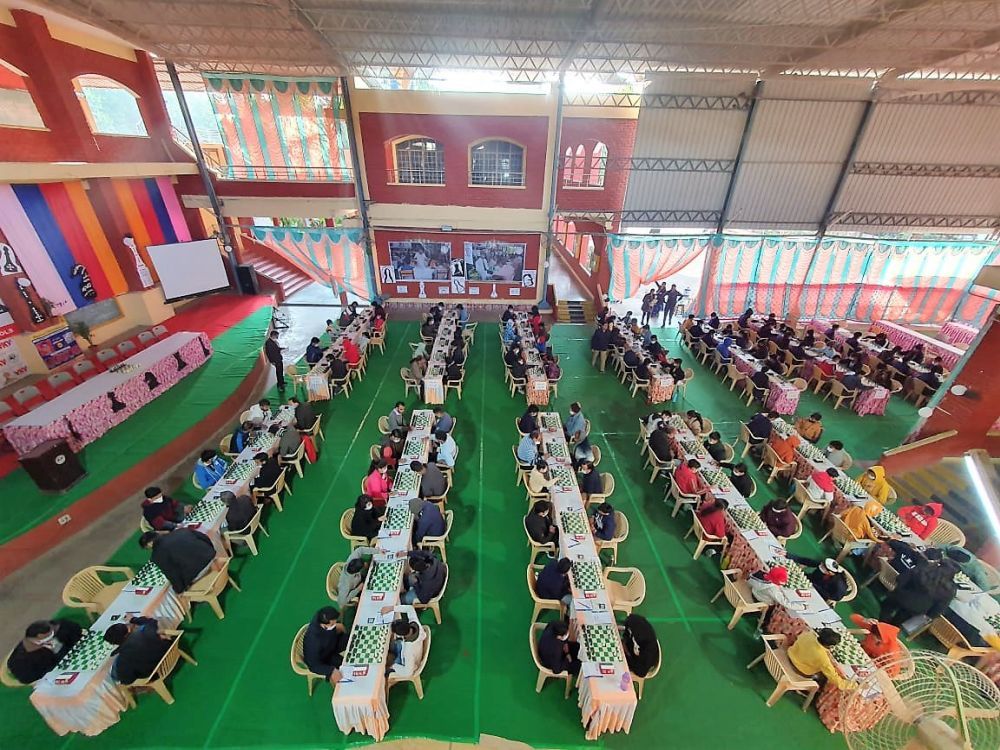 Thanks to the Chief Arbiter, FA NI Neelesh Kumawat for providing photos and information about the tournament.

A total of 141 players including a GM took part from various states across the country. The tournament was organized by Vivekananda Kendra Vidyalaya, Rishabhdev, Udaipur from 2nd to 4th January 2023 at Udaipur, Rajasthan. The six-round Swiss league Rating tournament had a time control of 90 minutes + 30 seconds increment.