Kartavya Anadkat with an impressive score of 8/9 won the seventh edition of the N L Pandiyar Memorial Rating Open Chess Tournament. It was held in the city of Udaipur, Rajasthan from the 8th to 12th October. The winner took home the cash prize of ₹1,11,000. He finished half a point ahead of FM Sauravh Khherdekar and Basak Bishal, who finished second and third in the tournament, earned the cash prize of ₹71,000 and ₹41,000 respectively. The total prize fund of the tournament was ₹15,01,000. A total of 173 prizes were up for grabs in various categories. Three prizes were of more than 1 lac rupees, and five more than 50,000 rupees. It is one of the longest-running open rating tournaments in the state. Photo: IA Deepak Chavan/Chess in Lakecity

283rd seeded 17-year-old Somnath Banerjee scored an impressive 8/9. He secured fifth place and gained a whopping 227.2 Elo rating points in this event. 15-year-old Barot Yug Kandarpbhai and 13-year-old Gouransh Sharma scored 7.5/9 and 7/9 to secure eighth and tenth place respectively. They both are two of the youngest top ten finishers.

Kartavya Anadkat from Gujrat finished 1st with a score of 8/9 and took home the cash prize of ₹1,11,000 along with a trophy | Photo: IA NI Vikas Sahu/Chess in Lakecity 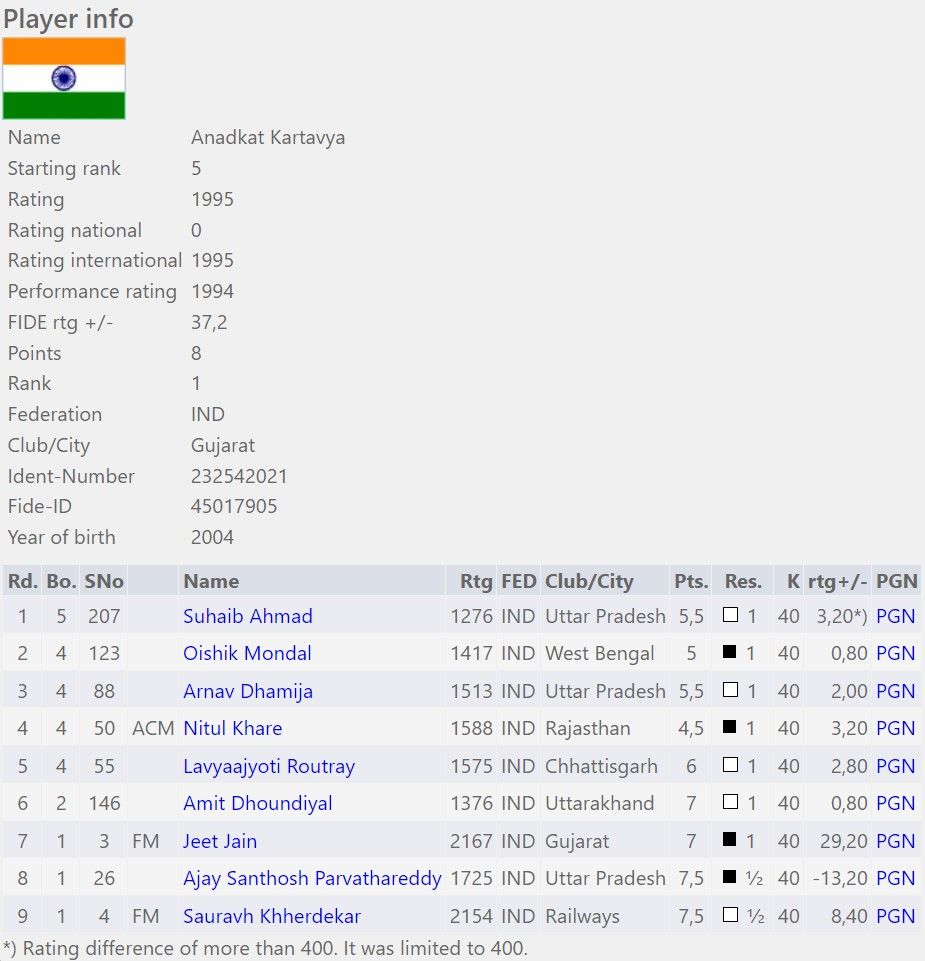 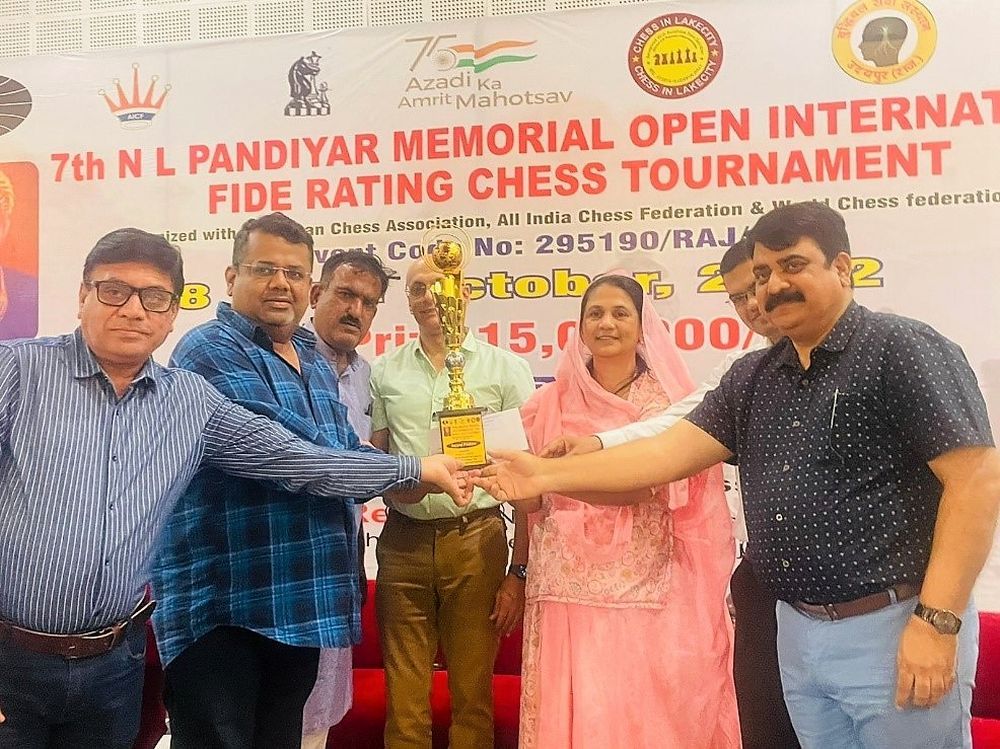 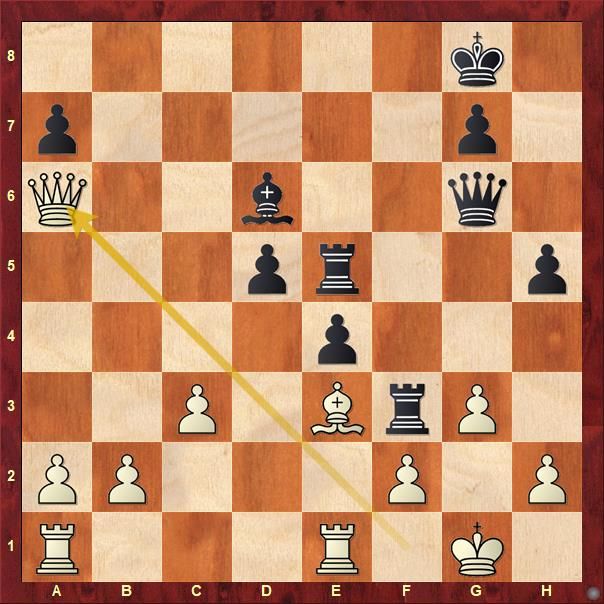 27.Qg2 would have held White's kingside together. However, 27.Qa6 moving the queen away from the king's defense did not turn out to be a good idea. 27...h4 28.Kf1 Ref5 and White's position fell apart in a hurry. 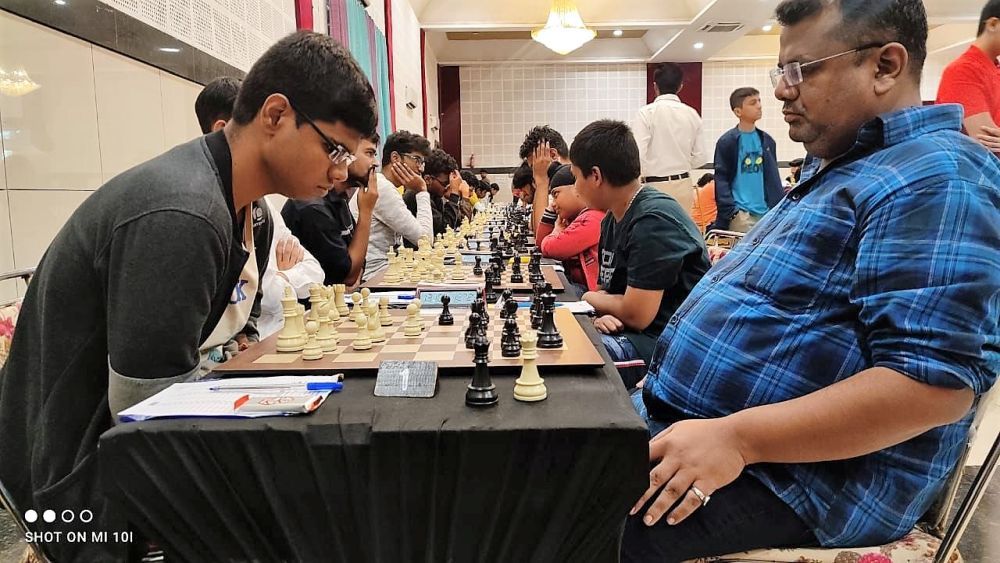 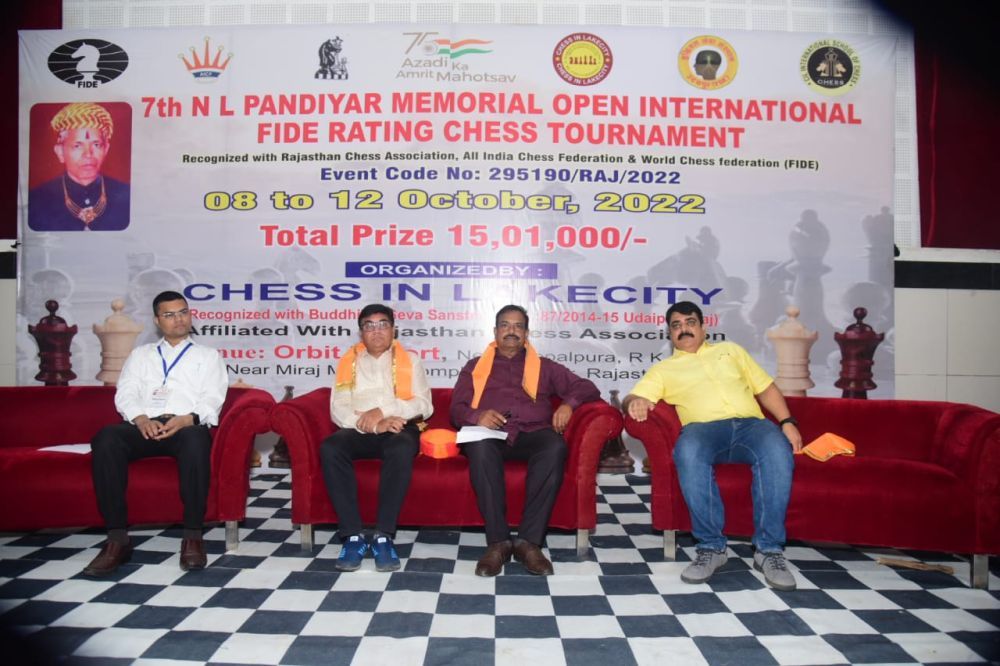 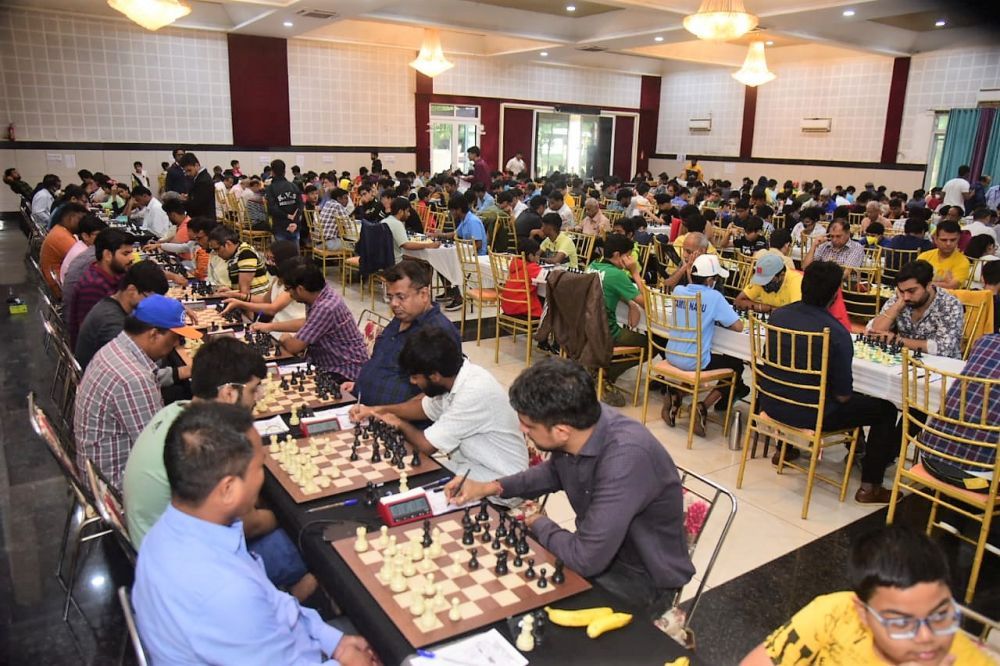 Thanks to IA NI Vikas Sahu, Chess in Lakecity for providing photos and information about the tournament.

A total of 558 players took part from all over the country and two from USA, in this three-day nine round Classical Rating tournament. The event was organized by Chess in Lakecity at Orbit Resort in Udaipur, Rajasthan from 19th to 21st August 2022. The time control of the event was 30 minutes + 30 seconds increment.

From the city of nawabs and a graduate in mechanical engineering, I think “jack of all trades” is what would describe me the best. Interested in a lot of fields such as photography, chess, writing, reading, philosophy, psychology, gardening, and many others, I am someone who believes that constant learning is the way to grow. Having loved chess all my life, I have recently started studying it and want to play at least one professional tournament in my life. Chess and photography are my two loves and I would like to combine them and convert them into a profession someday.