52-year-old Harminder Singh scored an unbeaten 8.5/9 to win Below 1600 Rating tournament. He finished a half point ahead of the field. The event was held in memory of Late Mr. Ramesh Chandra Sharma. Four players scored 8/9 each. Vaishant Kumar Gangwani and Abhinav Chauhan were placed second and third according to tie-breaks. Total prize fund of the tournament was ₹1100000. Top three prizes were ₹111000, ₹71000 and ₹41000 along with a trophy each. The tournament was held between 19th and 21st August 2022 at Udaipur, Rajasthan. A staggering 558 players took part from all over the country and two from USA. Photo: IA Deepak Chavan/Chess in Lakecity

283rd seeded 17-year-old Somnath Banerjee scored an impressive 8/9. He secured fifth place and gained a whopping 227.2 Elo rating points in this event. 15-year-old Barot Yug Kandarpbhai and 13-year-old Gouransh Sharma scored 7.5/9 and 7/9 to secure eighth and tenth place respectively. They both are two of the youngest top ten finishers.

Harminder Singh winning a tournament at the age of 52 years, remaining unbeaten, is certainly an inspiring feat. He played three rounds per day in all three days. 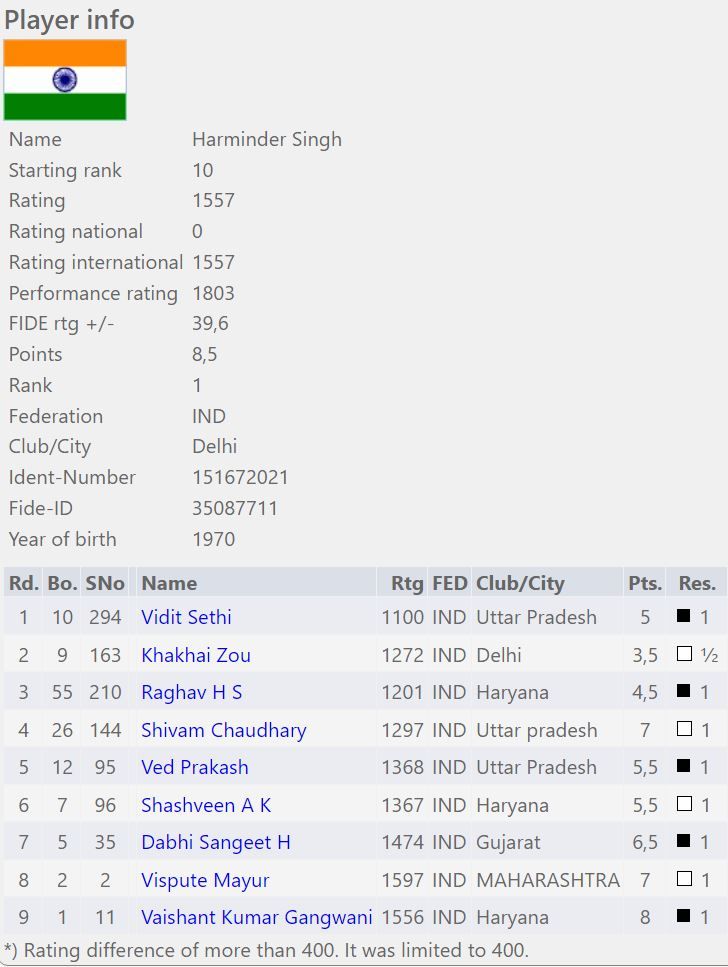 Harminder Singh scored an unbeaten 8.5/9 and finished a half point ahead of the field 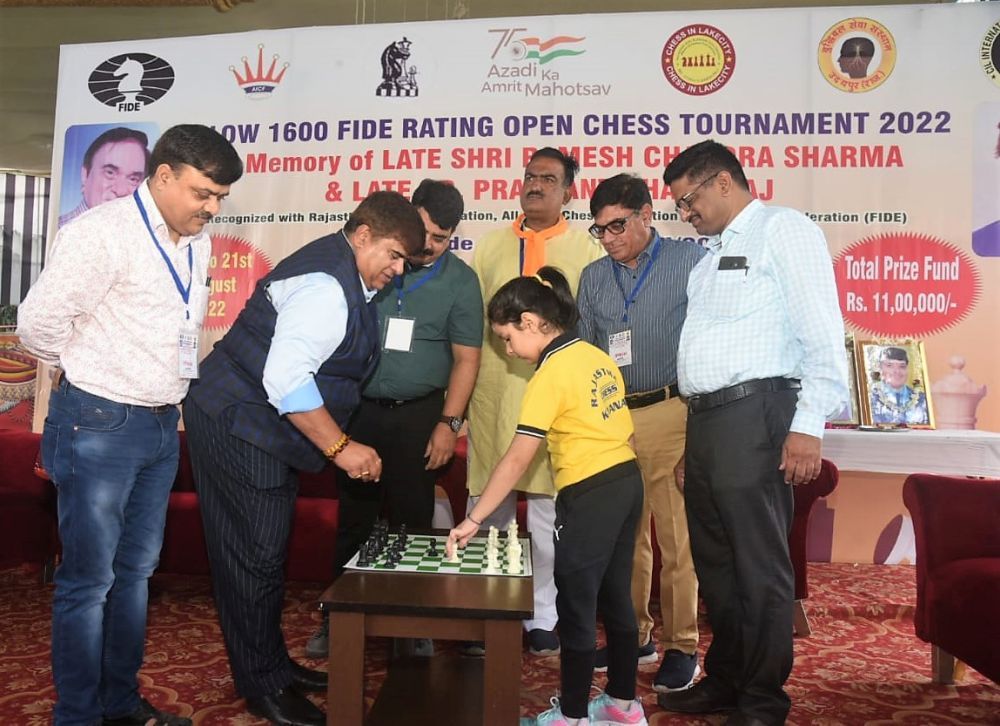 Inaugural moves are being made | Photo: IA Deepak Chavan/Chess in Lakecity 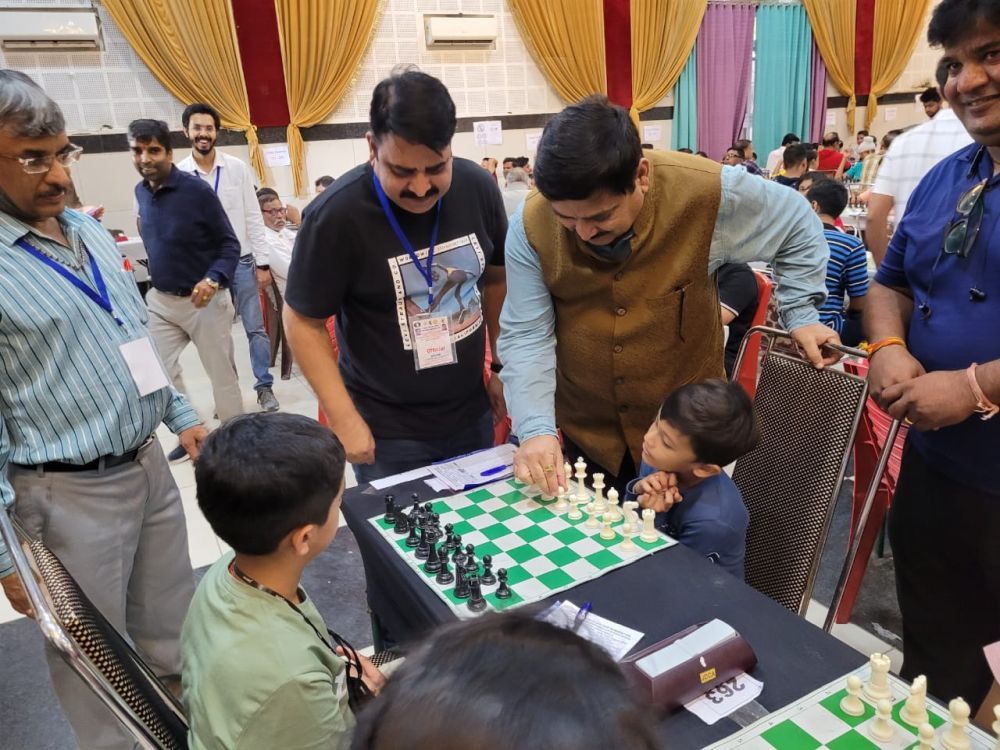 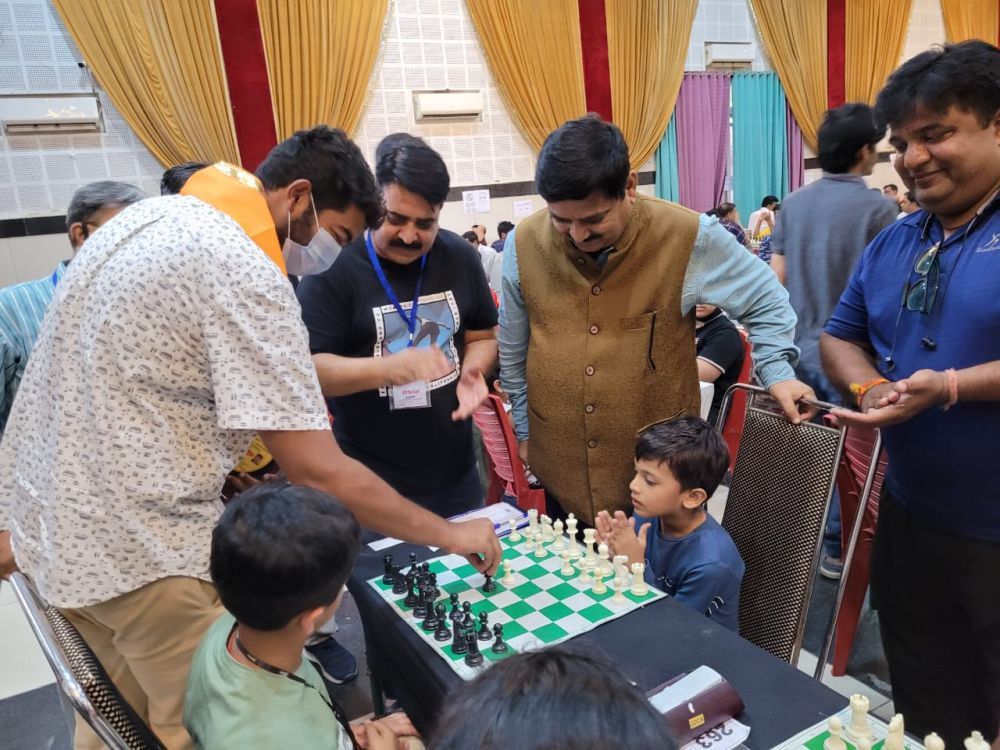 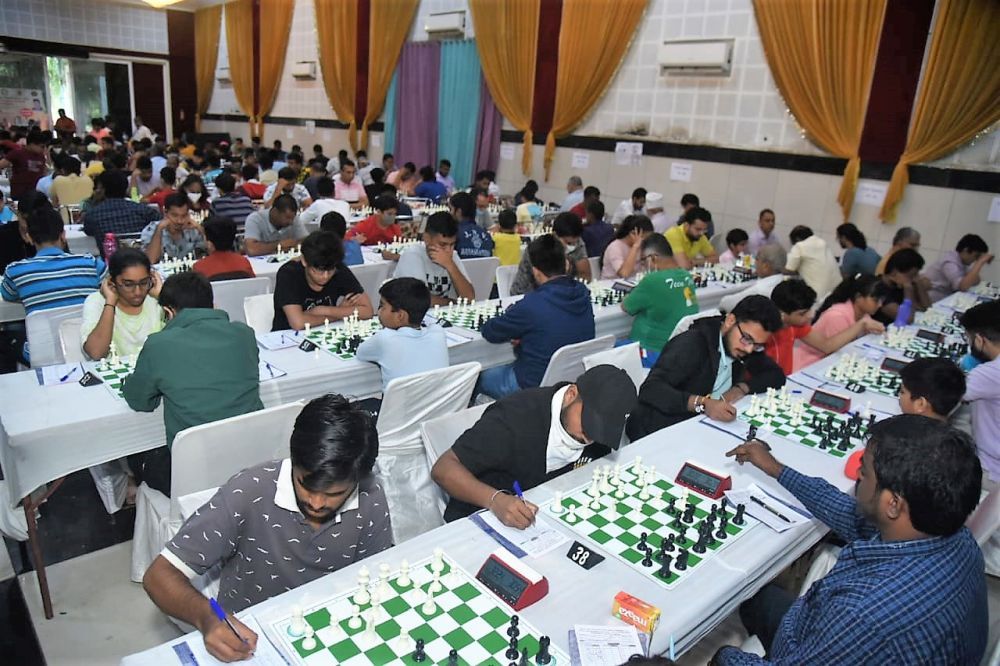 Thanks to IA Deepak Chavan and IA NI Vikas Sahu, Chess in Lakecity for providing photos and information about the tournament.

A total of 558 players took part from all over the country and two from USA, in this three-day nine round Classical Rating tournament. The event was organized by Chess in Lakecity at Orbit Resort in Udaipur, Rajasthan from 19th to 21st August 2022. The time control of the event was 30 minutes + 30 seconds increment.