Can Gukesh still become the youngest GM ever?

The Sunway Sitges that is currently taking place in Barcelona, Spain is the tournament which houses the biggest chess talents of India. You have Nihal Sarin, Praggnanandhaa, Gukesh, Raunak Sadhwani, Vaishali, and many more. Add to it the experience of Sasikiran and Soumya Swaminathan and this tournamentevent is definitely something that you should n't be missing out on. There's also the excitement of Gukesh becoming the youngest GM ever in the history of the game. So, how are our players faring at this tournament. Seven out of the ten rounds have come to an end and this is how things look.

A lot of big names of Indian chess are playing at the Sunway Sitges Chess Festival 2018. Seven rounds are over, let's have a look at how they are doing. Let's first begin with D. Gukesh as he has a chance to break Karjakin's record of the youngest GM ever if he achieves his third GM norm here and gains 10 Elo points. 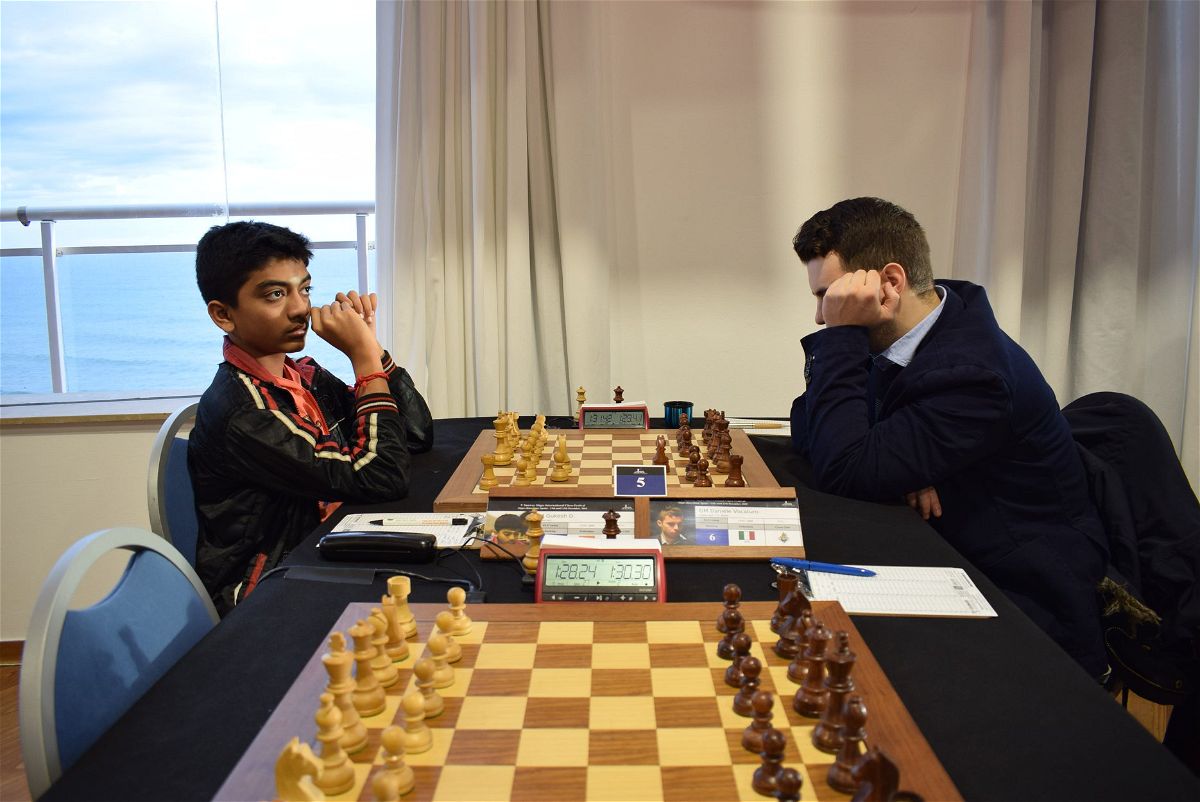 However, he has already suffered two losses in the event. One against Daniele Vocaturo (above) and the other against Fernando Peralta. He is on 4.5/7. With three rounds to go, he still has a chance to make the GM norm, but will have to score heavily. | Photo: Rupali Mullick 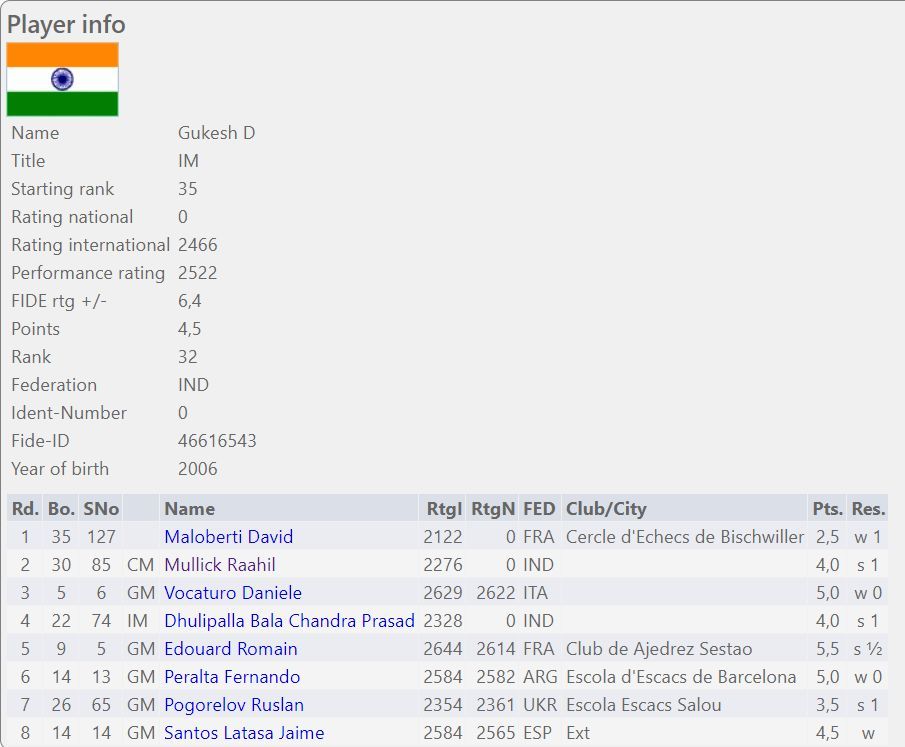 That's how Gukesh's scorecard looks as of now

A look into the FIDE Handbook shows the following: 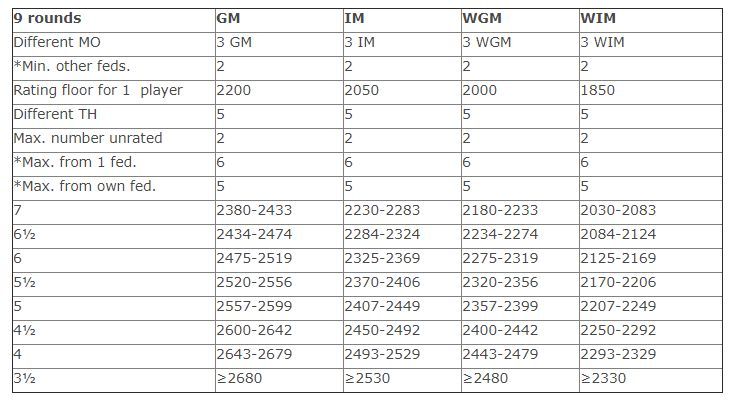 Now currently Gukesh's average rating is 2449 (we have upgraded his first round opponent who was 2122 to 2200). If he faces a 2449 opponent in round nine, which keeps his average rating to 2449, he would require 6.5/9. This would mean that Gukesh requires to win both his games. The chances of Gukesh pushing his rating average above 2474 is very difficult. He would have to win round 8 game and then face one of the top three seeds Inarkiev (2693), Ivanchuk (2717) or Andreikin (2719). If he faces any one of the three in the ninth round then overall his rating average is pushed above 2474 and he would need 6.0/9 which is 1.5 points in the remaining two games.

One thing is pretty clear. If Gukesh wants to get his GM norm, beating GM Santos Latasa Jaime (2584) today is quite important. Mind you, this is not a 9-round event. There are 10 rounds, so Gukesh can also achieve his 10-round norm. These are the requirements as per FIDE Handbook: 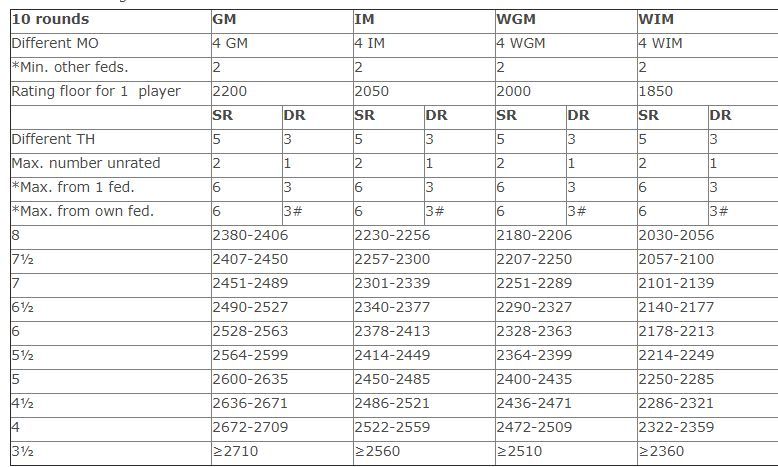 We at ChessBase India want to clarify one point for our readers. Repeatedly we have found the criticism that we are putting too much pressure on young talents because of our reports on whether they can break a certain record or not. Well, we believe that it is extremely important for the chess enthusiasts to be aware of whether Gukesh can break the record. This is not meant to put pressure on Gukesh, who is busy in his room trying to find ways to beat his Spanish opponent! We definitely hope that Gukesh can make it to the finish line with some great final round performances, but even if he can't, he definitely will be a super strong grandmaster in the time to come! 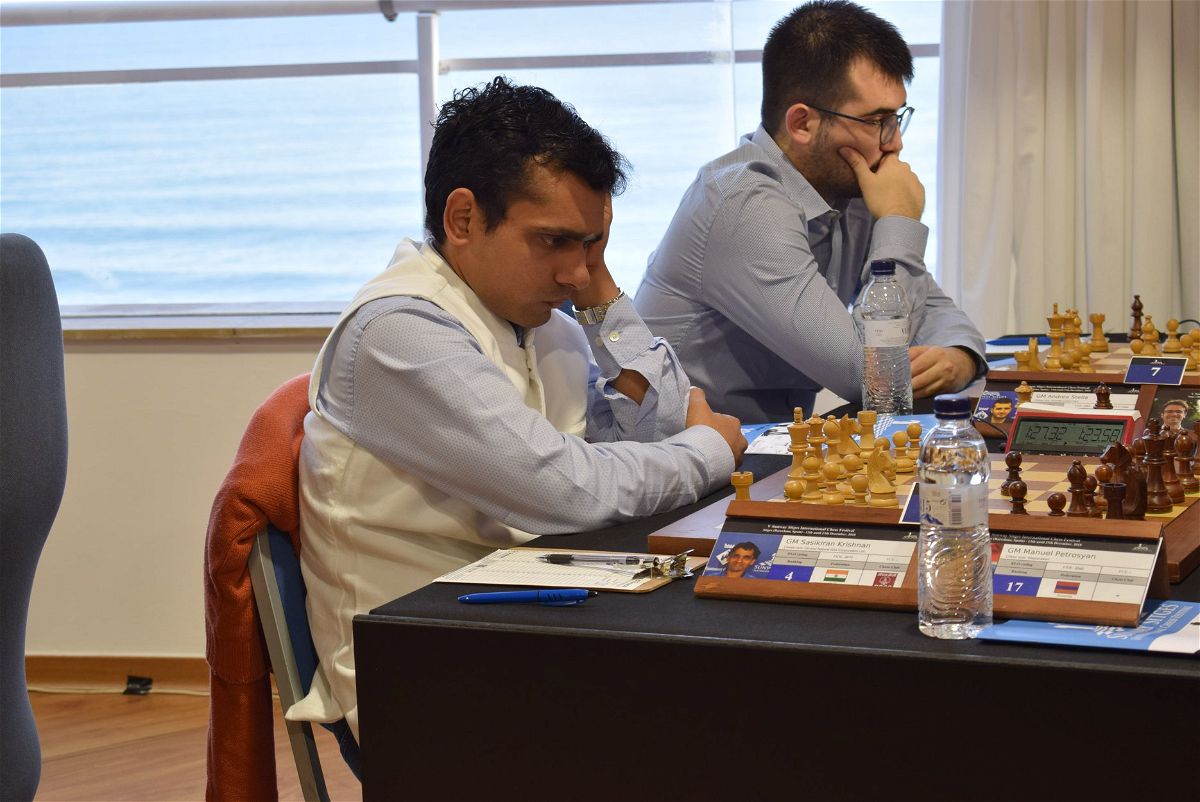 The top Indian player at the event Sasikiran is on 6.0/7. Sasi has had two draws until now and is currently leading the tournament. | Photo: Rupali Mullick

Look at his seventh round win against Nihal Sarin. Nihal played the exchange variation in the King's Indian Defence and it didn't seem as if Black could get much out of that endgame, but Sasi managed to put enough pressure for the 14-year-old opponent to crack. Check out the game: 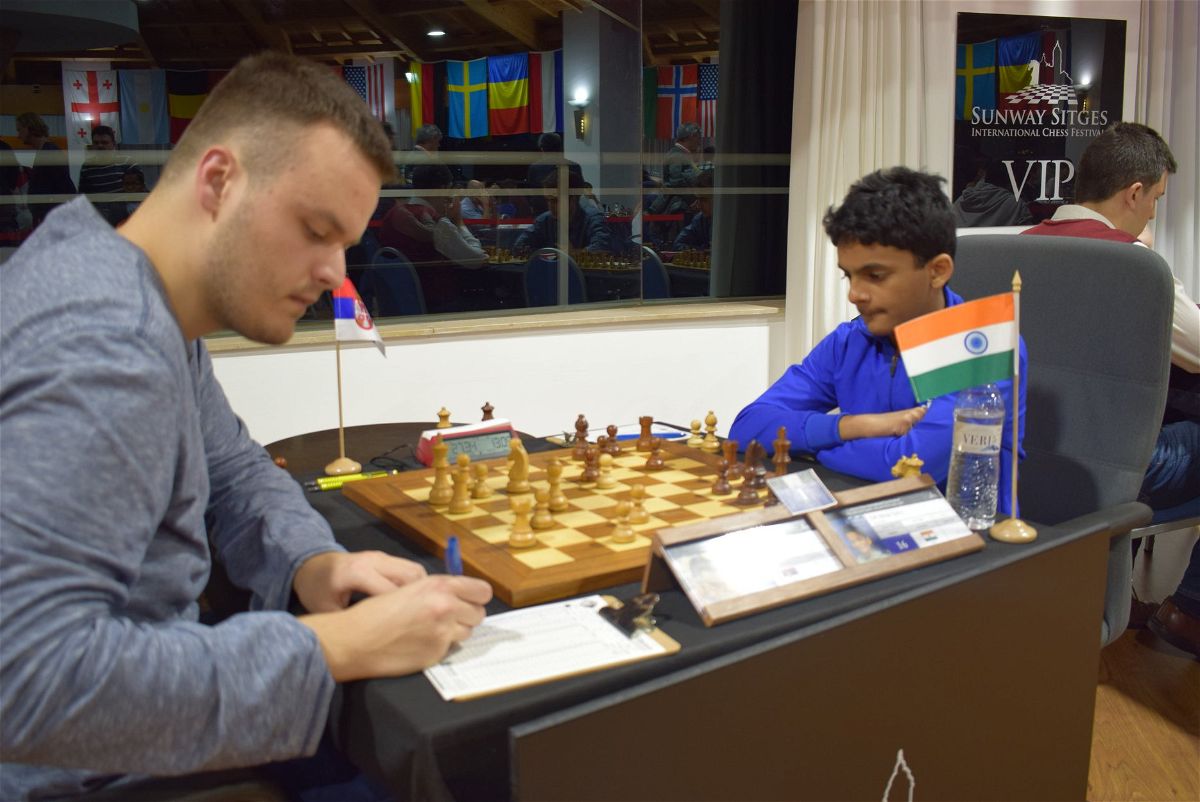 Nihal Sarin has shown very solid play and was on 5.0/6. En route to that score he had beaten a 2600+ GM Adly Ahmed of Egypt. But he lost in the seventh round to Sasikiran and is now on 5.0/7 | Photo: Rupali Mullick
Nihal talks about his win over GM Adly Ahmed 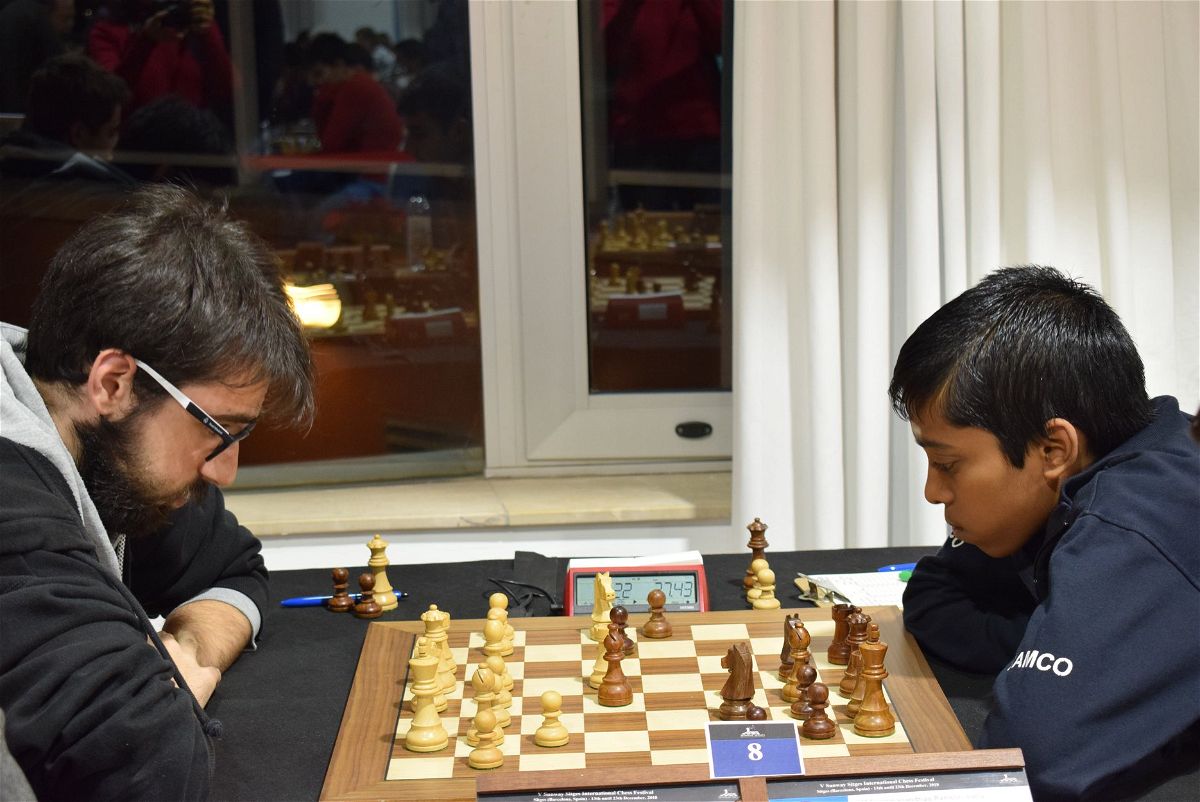 Praggnanandhaa has also shown solid chess and with four draws and three wins is on 5.0/7 | Photo: Rupali Mullick 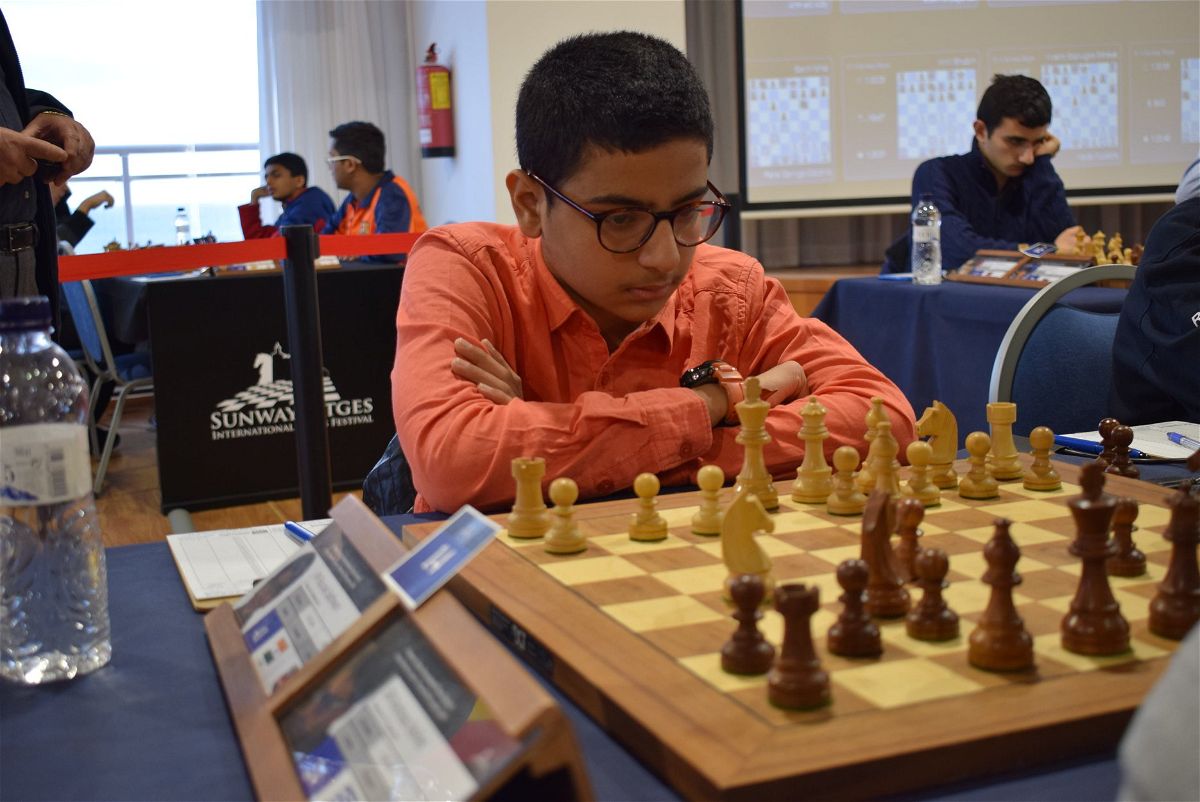 Raunak Sadhwani has scored two wins over grandmasters Xu Xiangyu and Andreas Kelires. He has lost two games to Awonder Liang and Sasikiran Krishnan. Yet, if he manages to keep his tempo, he has excellent chances of scoring a GM norm. | Photo: Rupali Mullick

Indian's Raunak Sadhwani had a tough rival in today's round, @GMSasikiran. However, with 4/6 he's still not far from the lead, and has a good chance to get a GM norm if he does not collapse... @ChessbaseIndia @Indianchess pic.twitter.com/vUO8xR9IFH

Here are Raunak's two wins over the two grandmasters: 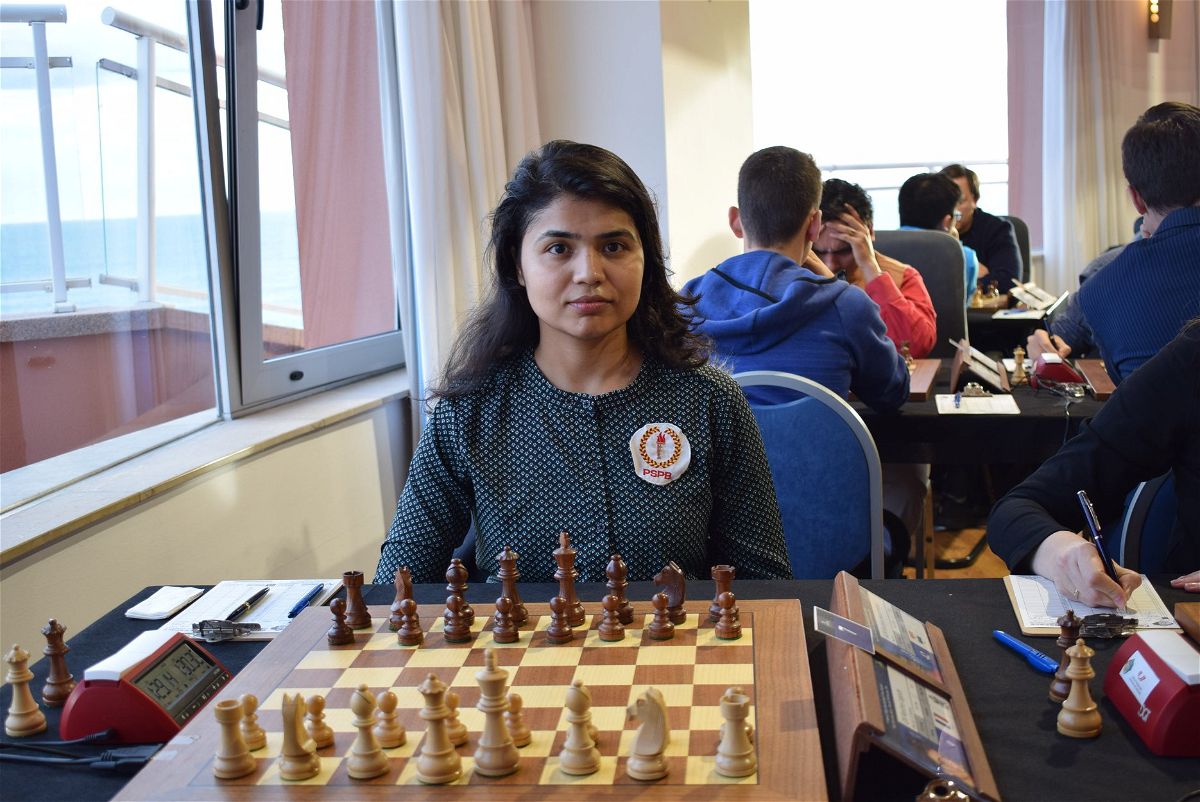 Soumya Swaminathan recently became an IM and also achieved a rating of 2428. She is right now on 4.0/7 | Photo: Rupali Mullick

One player who has been doing exceedingly well in the tournament is Krishna Teja. He has beaten two strong players and ChessBase India's Rupali Mullick, who is present at the Sunway Sitges, managed to do an interview with him:

There was a very incident in round 5 which was discussed in the above interview. In round 5 Krishna was facing GM Maxime Lagarde. After move 70 we got the following position: 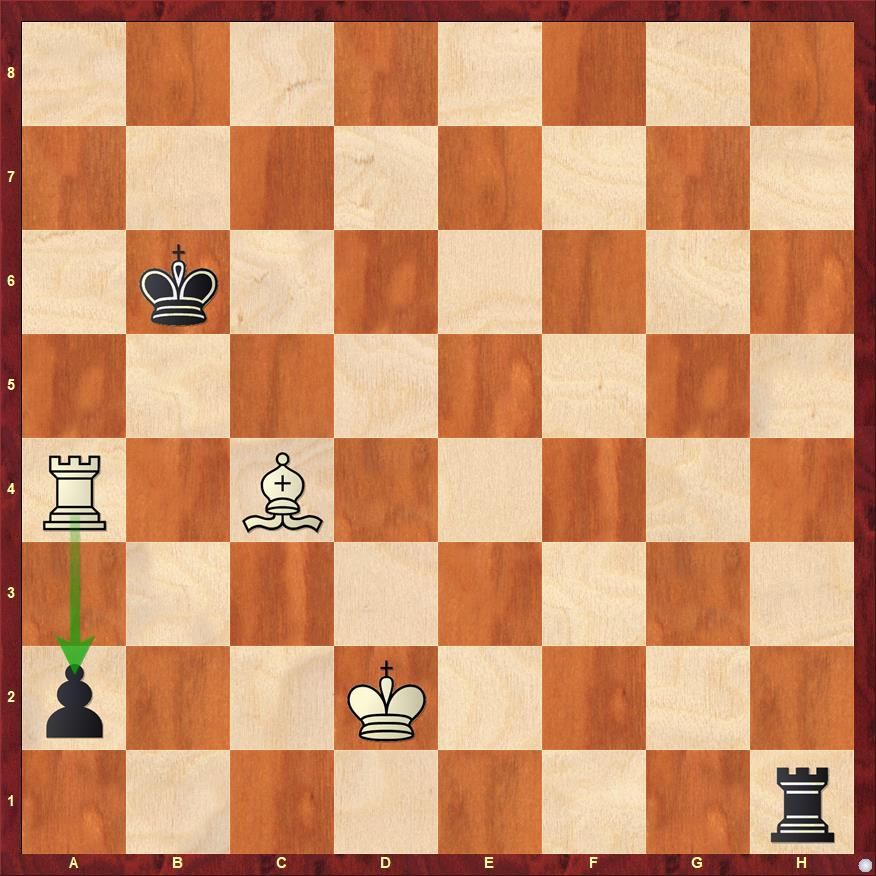 Lagarde on his 71st move picked up the a2 pawn with his rook. Now he had 50 moves to try and checkmate the black king. 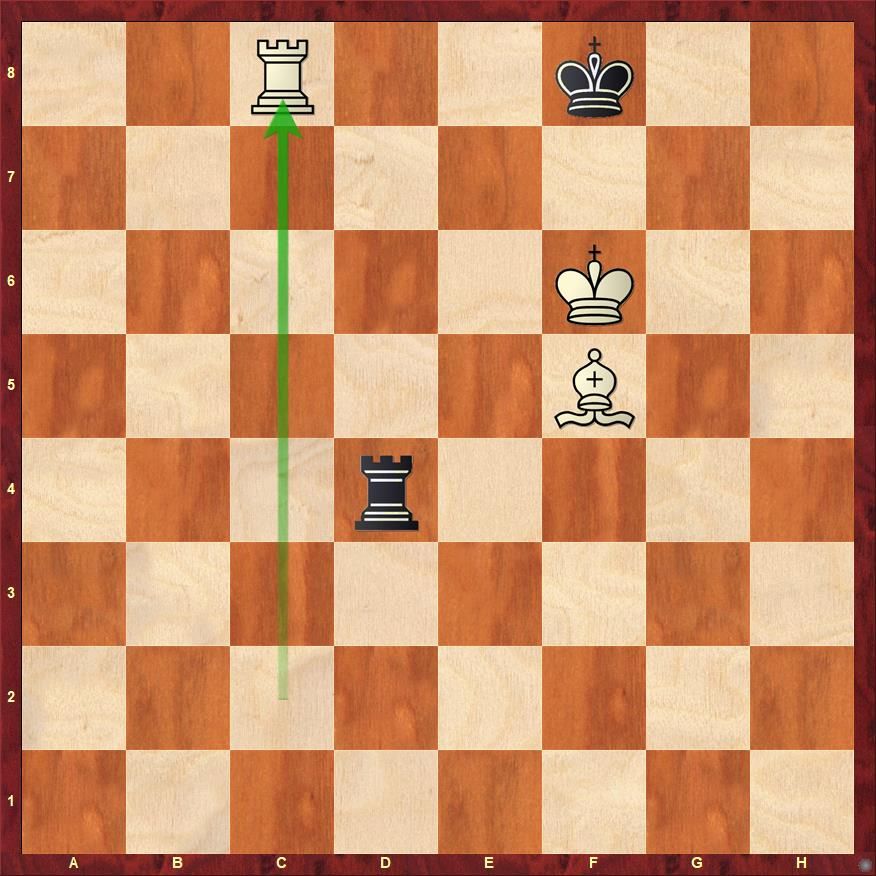 Now on the 121st move Lagarde played his rook to c8 and gave a check. Krishna could have resigned the game. Instead he used his presence of mind and found out that if he puts his rook on d8 and then white takes it, it is checkmate but on 122nd move, which is one move after the 50th move! He called the arbiter and after some drama, the game was judged as a draw! What a save!

Indian performance until round 7:

Rupali Mullick, who is present at the event, took some very nice videos of Indian players relaxing after their grueling games. Here's one of them: 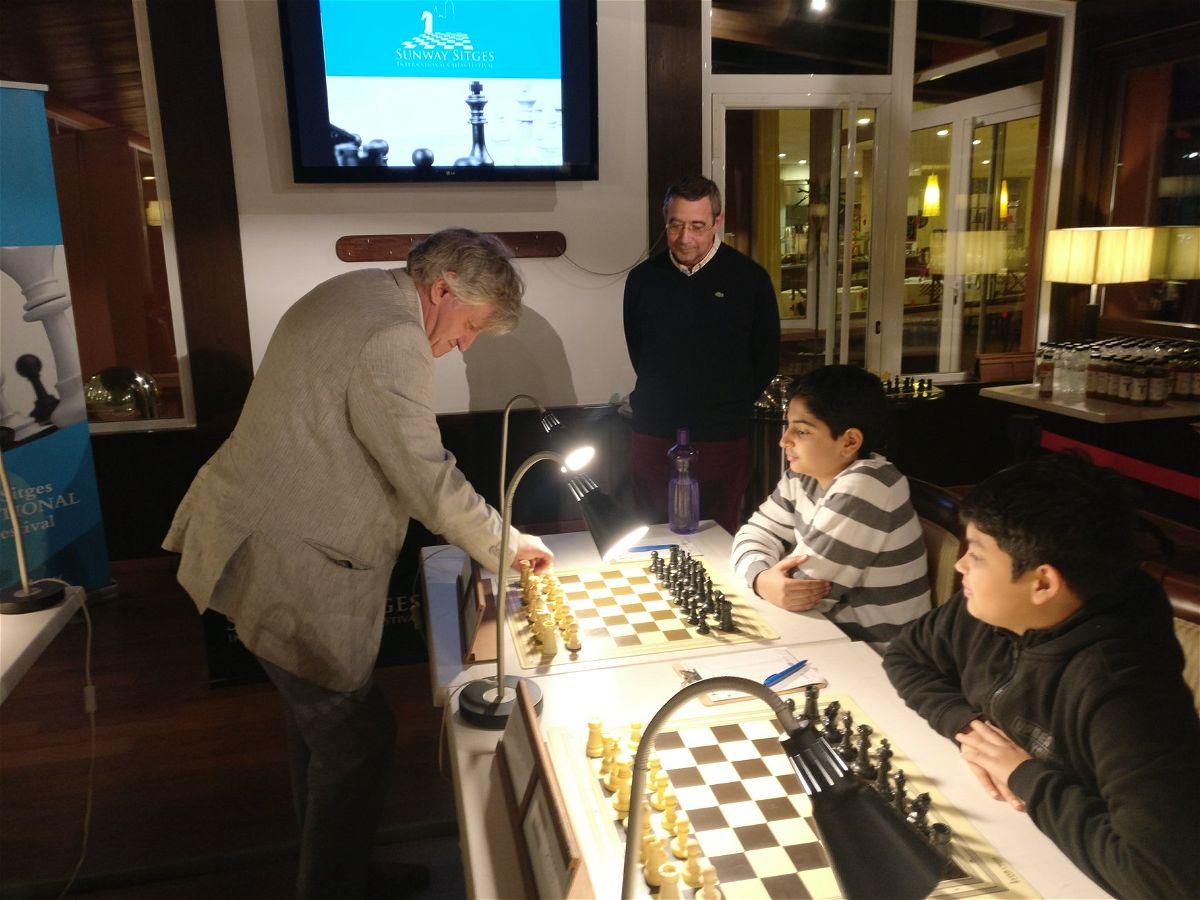 Before the Sunway Sitges tournament began, the great Oleg Romanishin gave a simul. Raahil Mullick, the highest rated under-11 player in the world, managed to beat him. Here's the game with some light annotations by Raahil himself: