The Sunway Sitges 2018 is a tournament to follow. Indian GM Sasikiran Krishnan is the fourth seed. We have two young stars of Indian chess Nihal Sarin and Praggnanandhaa playing out there. As if all of this is not enough we have the young talent Gukesh looking to break Karjakin's record of youngest GM in the world. Also worth keeping an eye on is Raunak Sadhwani who recently gave Vishy Anand a scare at the Isle of Man International 2018. However, day one belonged to a 12-year-old from Hyderabad Sreeshwan Maralakshikari, the current under-12 Commonwealth gold medalist, who beat the great Vassily Ivanchuk in just 26 moves. We have the entire analysis of the game and post-game interview by Rupali Mullick.

At the Sunway Sitges Chess Festival 2018, the second seed is GM Vassily Ivanchuk (2717). In the first round Ivanchuk was facing the young talent from Hyderabad Sreeshwan Maralakshikari (2244) | Photo: RupaI Mullick

Ivanchuk, with a rating advantage of nearly 500 Elo points, was clearly the favourite. Sreeshwan speaking to ChessBase India after the game said, "I thought I could draw the game against the former World Blitz Champion, but I didn't think I could beat him!" Well, the young boy did beat Ivanchuk and he did it in style. His pieces were all around Vassily's king and on the 26th move, Ivanchuk had to stretch out his hand in resignation. So let's have a look at how the game transpired: 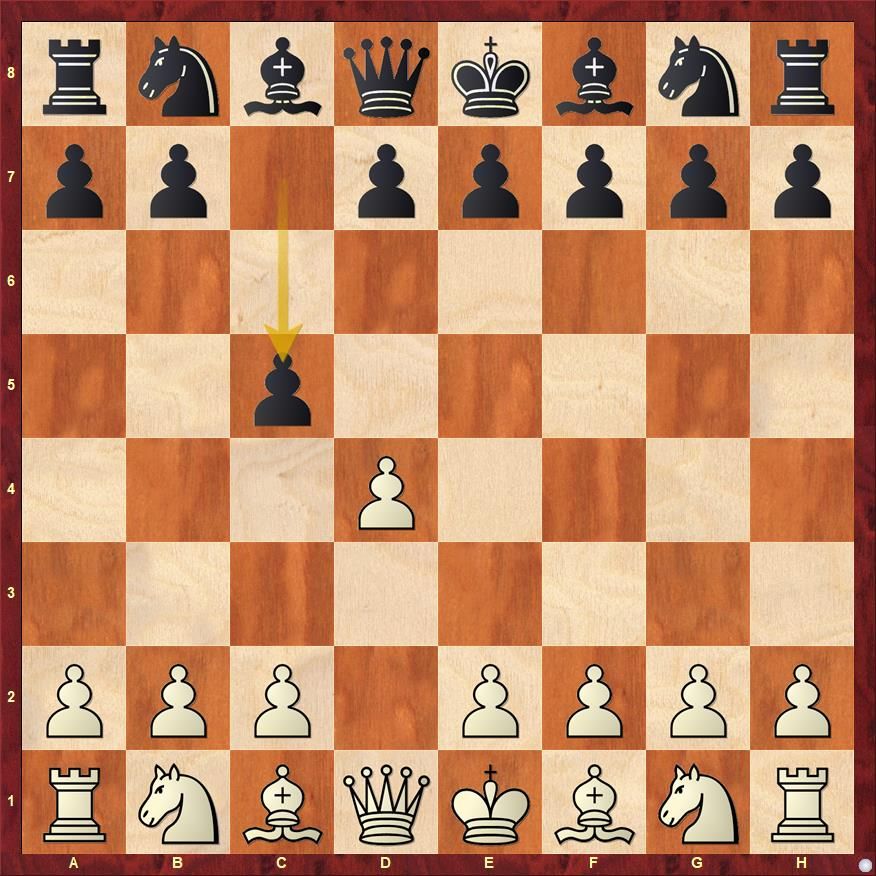 The game opened with 1.d4 and Ivanchuk replied with 1...c5. We soon transposed into a Benoni. 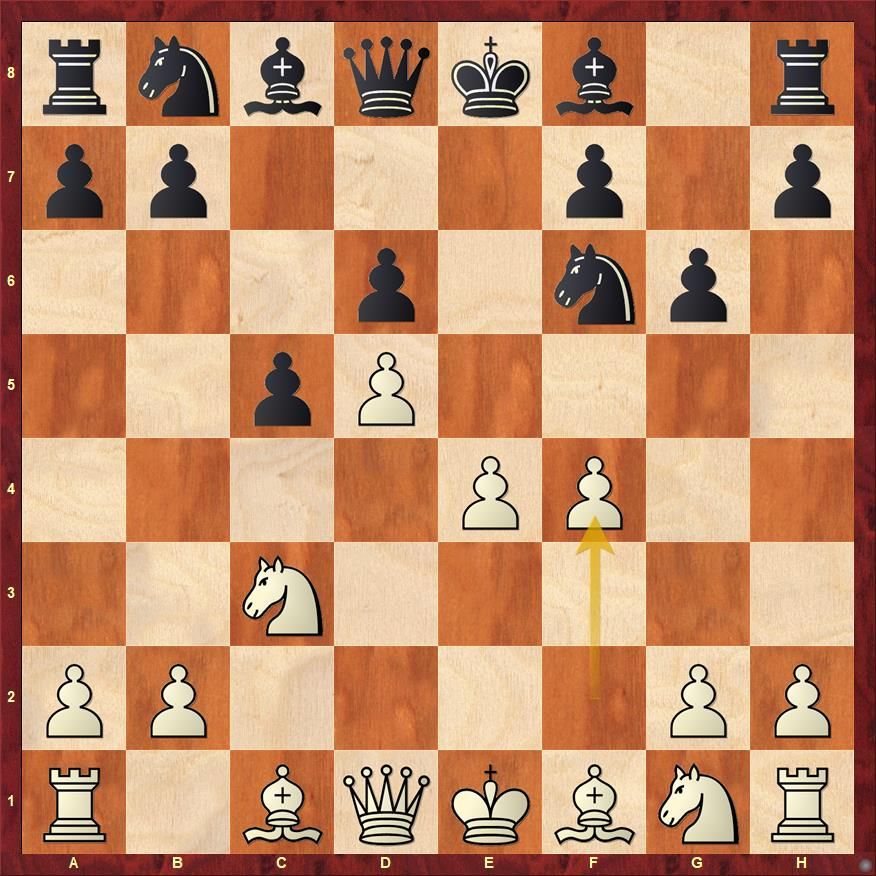 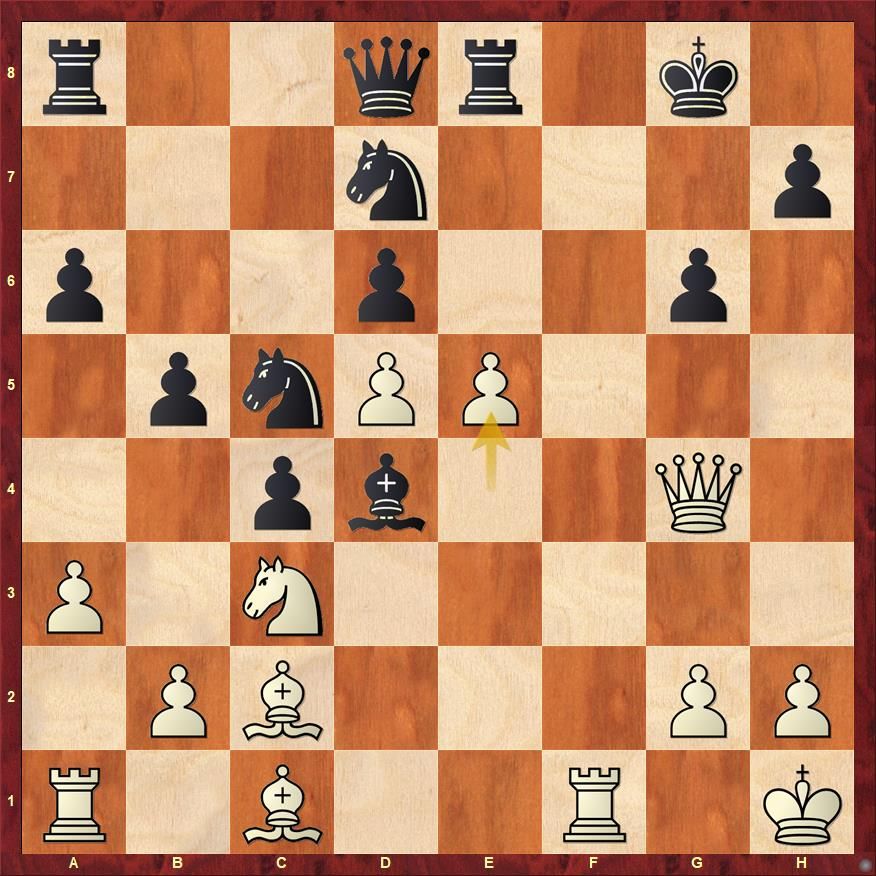 The critical moment in the game came when Sreeshwan played his pawn to e5, opening up his bishop on c2 to attack the g6 pawn. At the same time the bishop on d4 is hanging. The right move here for Black was to take on c3 with his bishop and then get his knight to e5. However, Ivachuk erred big time. He took the pawn on e5 with his bishop and in came a striking blow! 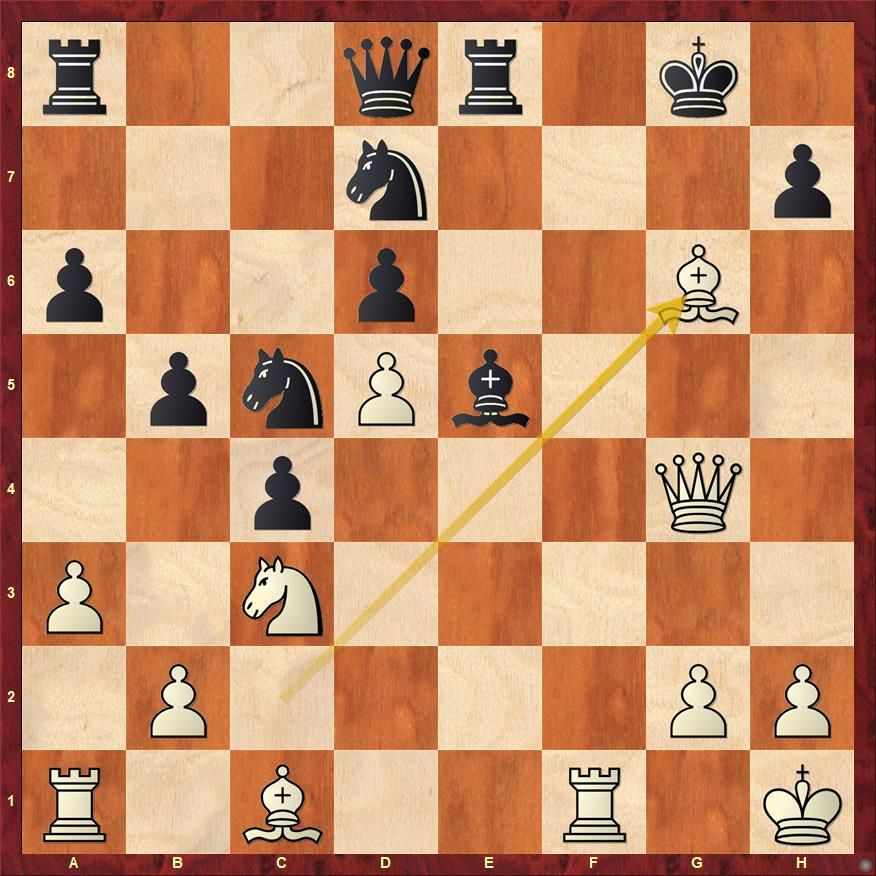 Sreeshwan didn't have to be asked twice! He picked up the pawn on g6 with his bishop 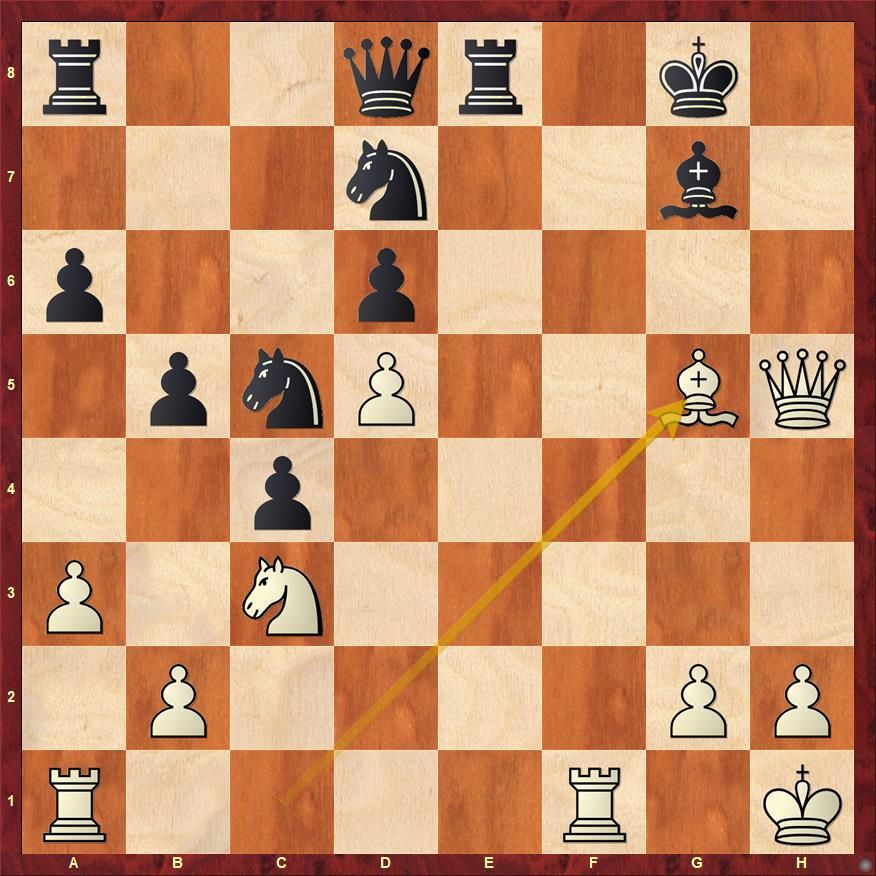 Sreeshwan shunned a repetition with Qf7-h5 and got his bishop to g5, which was a killer blow. 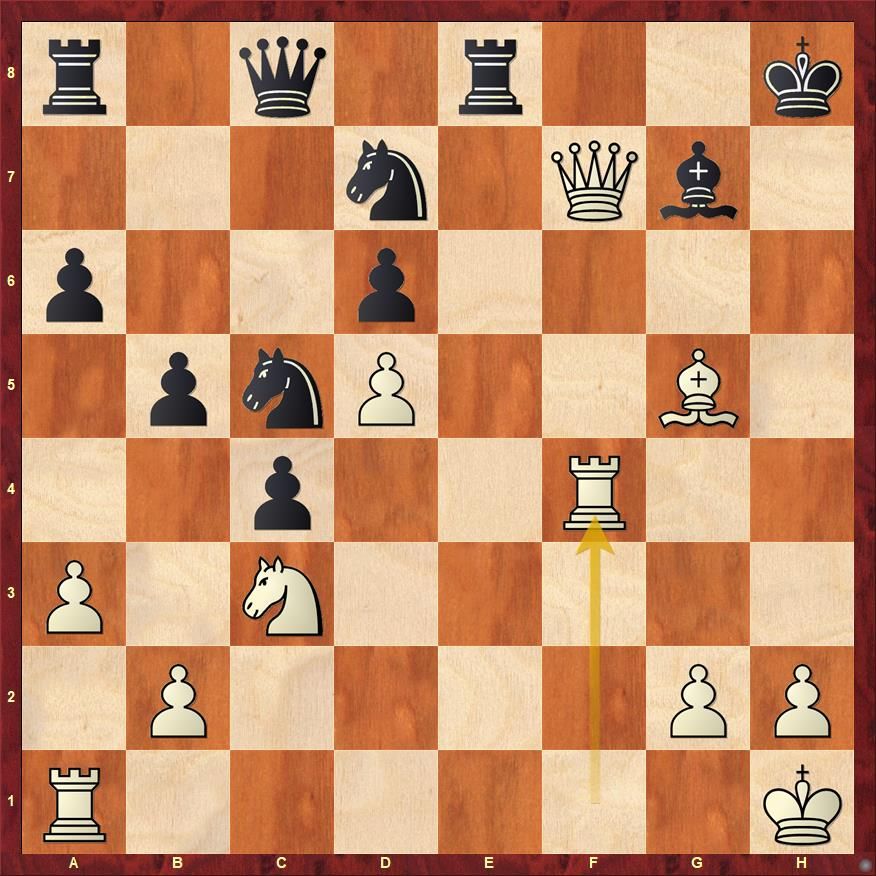 The final nail in the coffin was the rook coming to f4 and delivering a checkmate via h4. Ivanchuk could do nothing better than to resign the game! 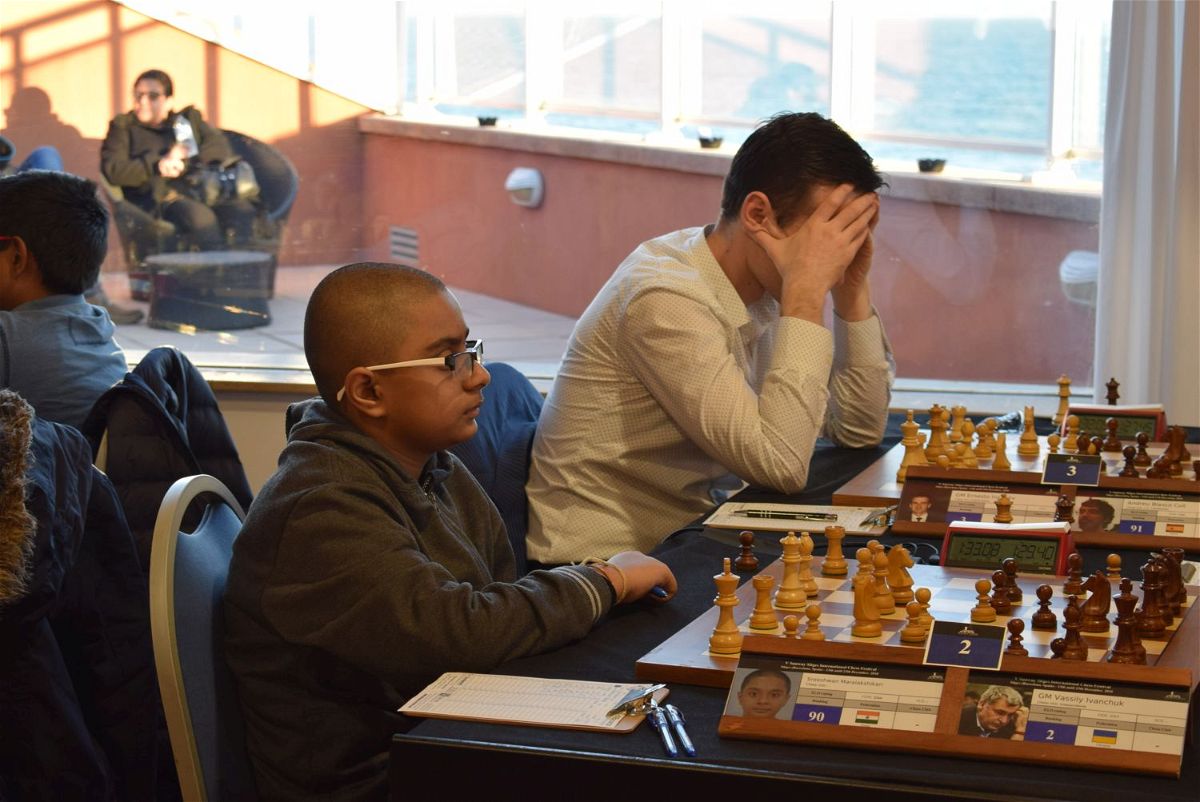