Top seed of the tournament, GM Sriram Jha of LIC, scored an unbeaten 8.0/9 along with IM Himal Gusain at 1st Chhindwara All India Open Rapid Rating. Sriram won the tournament due to better tie-break score, Himal was placed second. Madhya Pradesh's very own, IM Anuj Shrivatri secured third place 7.5/9, edging past Harish Sharma on tie-breaks. The tournament had the total prize fund of ₹100000 with the first prize being ₹21000 cash and a trophy. It took place on 11th and 12th December at Parasia, Chhindwara, Madhya Pradesh. This is Sriram Jha's first triumph since he won Nagoya Open in Japan in November 2019. Check out a pictorial report of this tournament. Photo: Shahid Ahmed 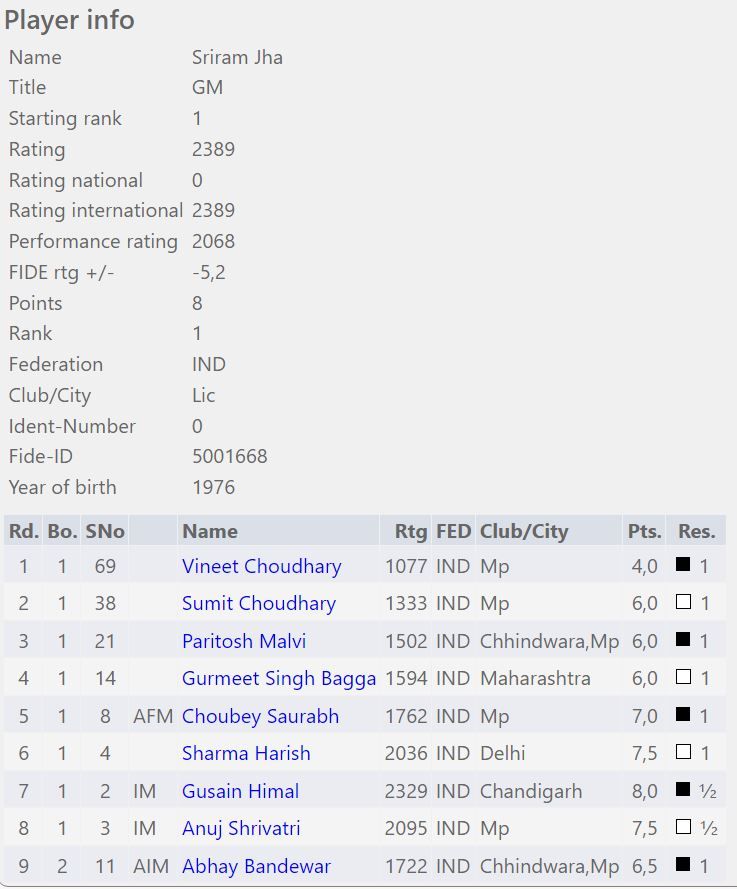 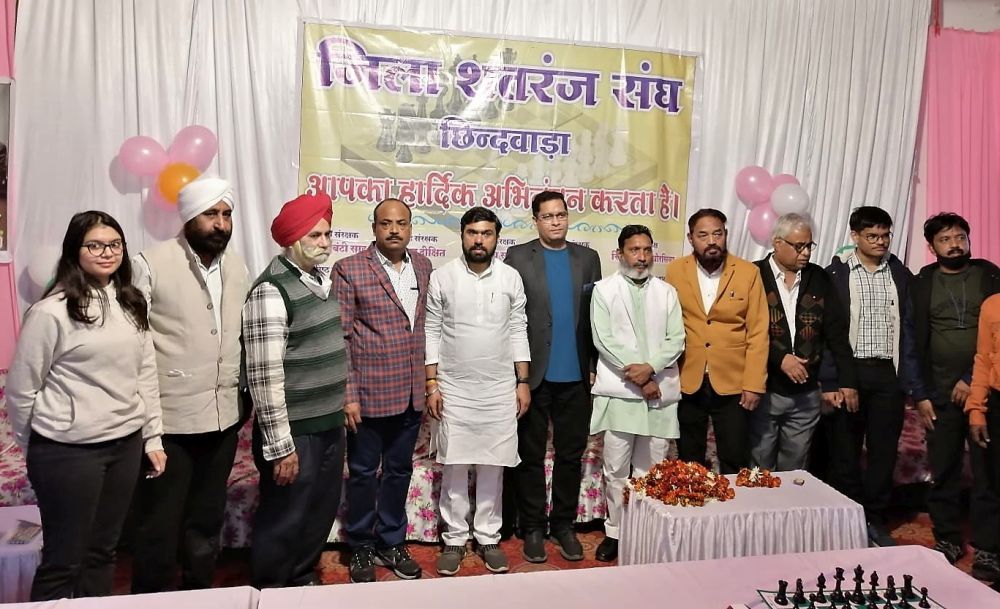 GM Sriram Jha, IM Anuj Shrivatri and WFM Srishti Pandey along with the guests at the inauguration ceremony 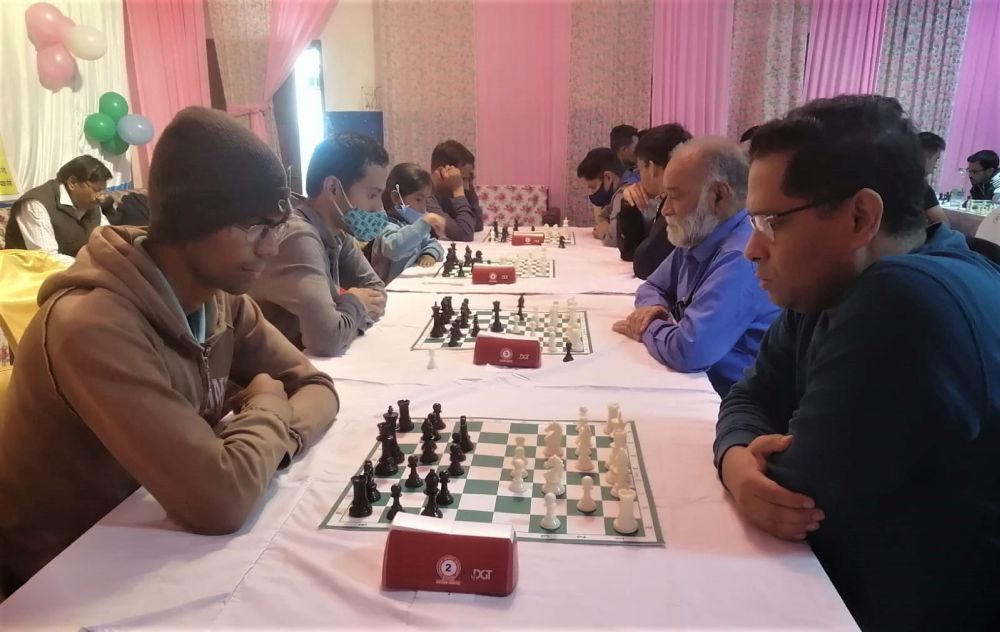 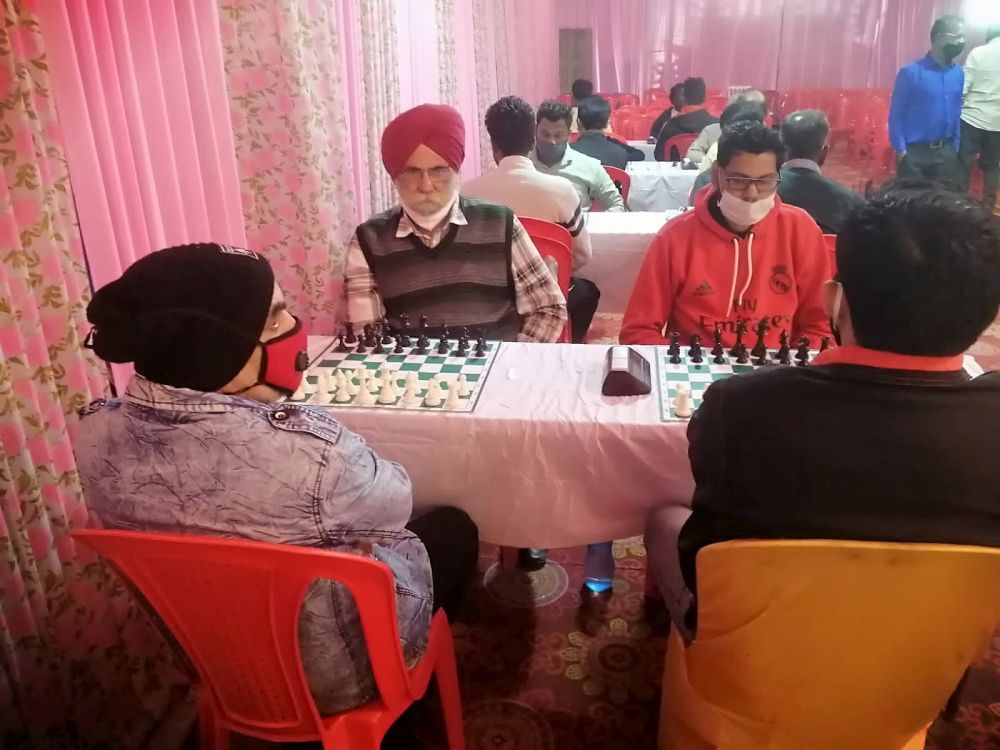 A glimpse of the playing arena 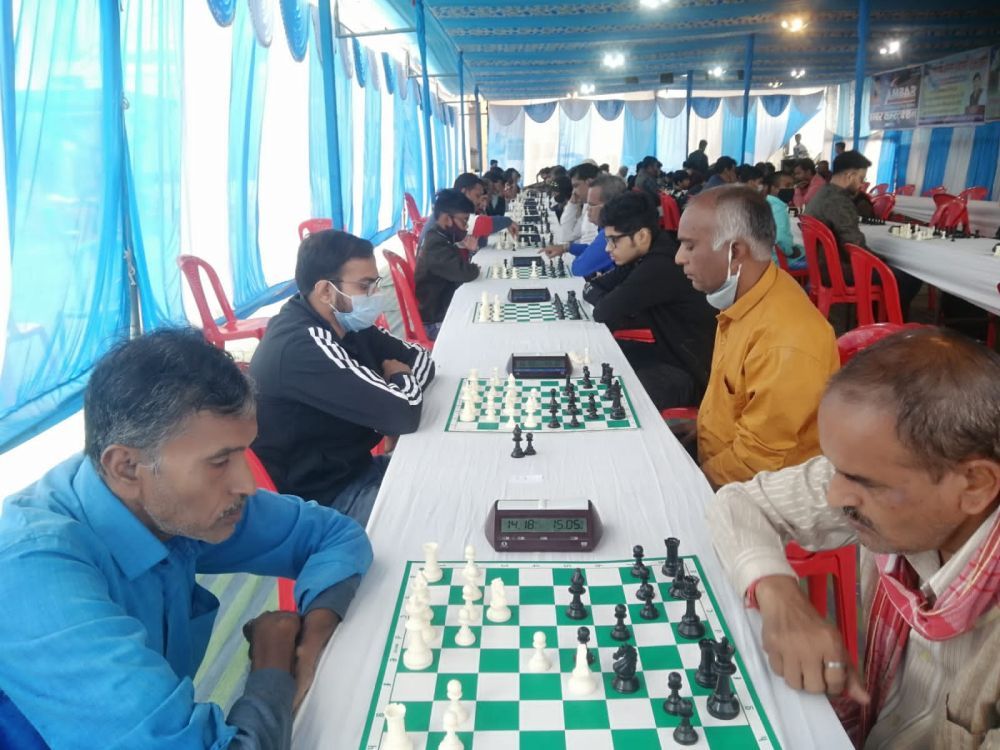 The tournament was organized by Chhindwara District Chess Association on 11th and 12th December 2021 at Parasia, Chhindwara at Madhya Pradesh. A total of 132 players including a GM and two IMs took part in the nine-round Swiss league Rapid tournament which had a time control of 15 minutes + 10 seconds increment from move no.1.