Why has Radjabov pulled himself out of the Candidates 2020?

With just 10 days to go for the Candidates 2020, Teimour Radjabov has withdrawn his name from the Candidates 2020. For now he has furnished no specifics, citing the reasons are personal. It could well be due to the Coronavirus, but we cannot be sure about it. Teimour's withdrawal meant a last-minute entry for Maxime Vachier-Lagrave. The Frenchman and his manager had even written to the Russian Chess Federation in December 2019 to consider him for the wild card spot. While it seemed MVL had missed his opportunity this year as well, the fortunes have smiled upon him and he is now getting ready to take part in his first Candidates. Will there be any more twists in the plot before the tournament begins? We'll have to wait and watch!

On 6th of March 2020, FIDE announced in a tweet and also on their website that Teimour Radjabov had pulled out of the Candidates 2020. With just ten days left for the event, this is quite a big shock.

Teimour Radjabov has informed FIDE about his decision to withdraw from the Candidates Tournament, citing personal reasons. According to the regulations, he will be replaced by the French Grandmaster Maxime Vachier-Lagrave:https://t.co/rUgDOl40YA pic.twitter.com/YLeKQDZsEY

"Radjabov will be replaced following the procedure described in the Article 2.1.E of the tournament regulations:

"One place is reserved for the player with the highest average FIDE rating. For the purpose of deciding the qualifier, the average ELO rating from the twelve (12) FIDE Standard Rating Lists from February 2019 to January 2020 is used (...)".

Therefore, the French player Maxime Vachier-Lagrave will be Radjabov's replacement, since he has the highest average rating during the aforementioned period of twelve months. The player has already been informed and he is ready to take part in the tournament. His travel arrangements are being made at the time of this announcement." 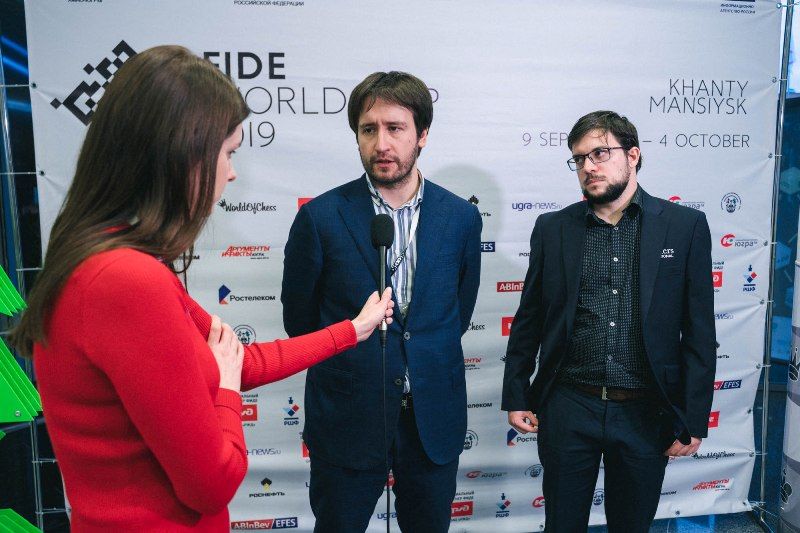 FIDE's press release mentions that Radjabov has withdrawn the tournament citing personal reasons. The question is whether Teimour is withdrawing due to the Coronavirus issue or something else.

At the World Cup 2019 Radjabov defeated MVL in the semi-finals and booked himself a berth not just in the finals but also in the Candidates 2020. After the tense match, Radjabov was asked by Eteri Kublashvili, "You have never qualified for the finals of the World Cup, but right now you do not look very happy! What is your biggest emotion at the moment?" To which Teimour replied, "Psychologically it is very hard here, because every move can lose you the match. But it is a part of a professional's life. Either you are here and playing or just don't play chess and that's it, which is the kind of thing I am considering since last ten years (laughs). But it's always not easy, as we know Kramnik also considered to finish his competitive career for a lot of time and then it took him around 10-15 years or something. Once you begin to play well, you have this illusion that this will be always be with you. Then you suddenly get a lot of losses and you understand who you are! I was having a lot of interesting games here, a lot of interesting tiebreaks, both the tiebreaks were a huge fight for me. (I am) Generally, happy to have achieved the goal that existed in this tournament - a place in the Candidates. I don't even know if I will play in the Candidates, but to get an invitation to a nice party is always good (smiles)."

There are very few people who qualify for the Candidates and say "I don't even know if I will play in the Candidates." It is clear that Radjabov's chess motivation is nowhere close to what it was a few years ago. However, the fact that he didn't withdraw from the event for the past five months, means that he was definitely going to play at the Candidates. It could very well be that Coronavirus is the reason for Radjabov's withdrawal.

Four major tournaments have been cancelled in the world of chess due to the Coronavirus - HD Bank, Sharjah Masters, Dubai Open and Reykjavik Open. However, FIDE has no intentions of cancelling the Candidates. It was clear that the two Chinese players Ding Liren and Wang Hao would have the most difficulties in making it to Khanty Mansiysk. While Ding Liren was already on his way to Moscow four days ago, Wang Hao seems to have difficulties making it to Russia. The good news for Wang Hao is that because he was in Tokyo, Japan for quite some time now, he won't be subjected to the quarantine period when he reaches Russia.

Ding Liren and his team are currently flying from Shanghai to Moscow, where they are expected to land at 16:45 local time.

As planned, they have been provided with a place to stay for the next 14 days, with a doctor at their disposal. pic.twitter.com/OfDAnnr51B 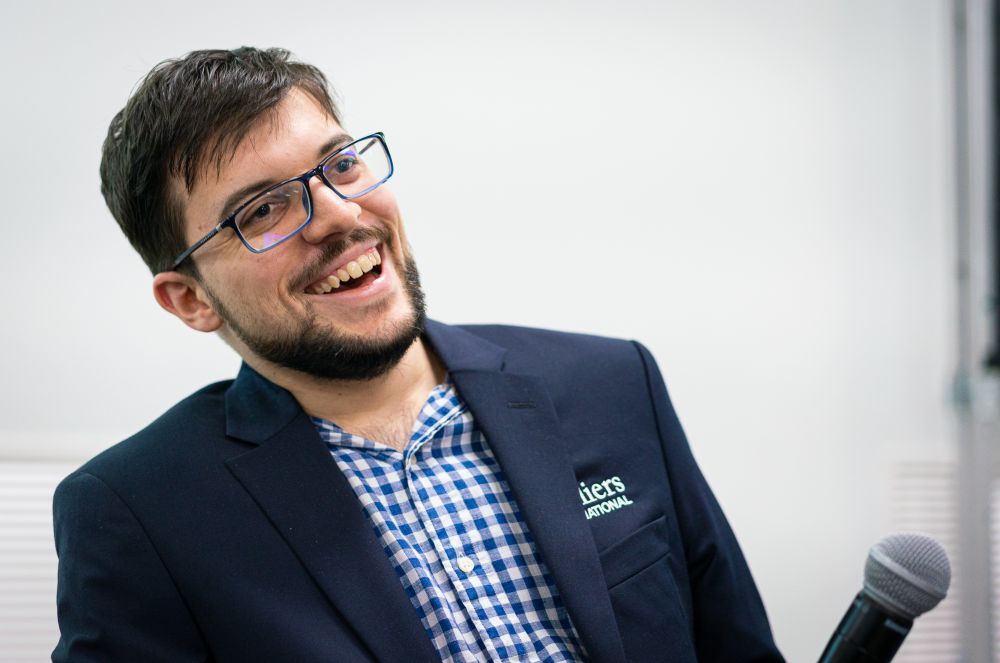 For Maxime Vachier-Lagrave this is great opportunity. He has missed a berth at the Candidates on several occasions and this will be his chance to fight for the highest title. Of course, he will definitely be handicapped by the fact that his opponents have been preparing for several months now and he gets only ten days to work. But he can also be relieved at the fact that no one had prepared specifically against him until now for the event!

MVL's manager writing to the Russian Chess Federation on 23rd December 2019 to consider MVL for the Candidates' Wild Card! Some things are just meant to happen!

It remains to be seen whether we will have more twists in the plot. For now, these are the eight Candidates:

After the article was published Teimour Radjabov on his instagram account wrote: "Dear compatriots, chess fans, the entire chess community, colleagues and friends. It is not correct, I have no personal reasons to withdraw from the tournament. I will come up very soon with the statement and with letters that were sent to FIDE and their answers."

Azerisport quotes Radjabov's statement, indicating that he fears a risk of Coronavirus infection potentially disrupting the tournament and requested that FIDE postpone the event. FIDE declined, and therefore Radjabov is withdrawing.

"You can argue about how appropriate Radjabov’s decision is, but it wasn’t dictated by government regulations. We’re not simply brushing aside issues but providing a whole range of measures that will be taken. Of course it’s the player’s decision. We understand that the situation is unusual. In any other circumstances if a player withdrew from the tournament with 10 days to go we would apply sanctions. Now that’s out of the question."

Teimour Radjabov on his Instagram account: "Regarding my withdrawal from the tournament : I have received a letter from FIDE stating that the tournament can’t be moved “legally and practically” , after describing the measures that FIDE take, I was given a deadline until 0.00 6th of march Moscow time with the words : in case you do not reply to this email, we will consider that you are withdrawing from the tournament. Around 2 hours before deadline, to behave jn a proper manner, I have given an answer that I confirm that I withdraw from the tournament. To sum up, whether I would reply or not to the email of FIDE, I would have been replaced IN ANY CASE."

A very nice series on the Candidates 2020 has been started by GM Daniel King on his YouTube Channel. Here are the five players he has previewed. Unfortunately for Danny, he has now more work to do!